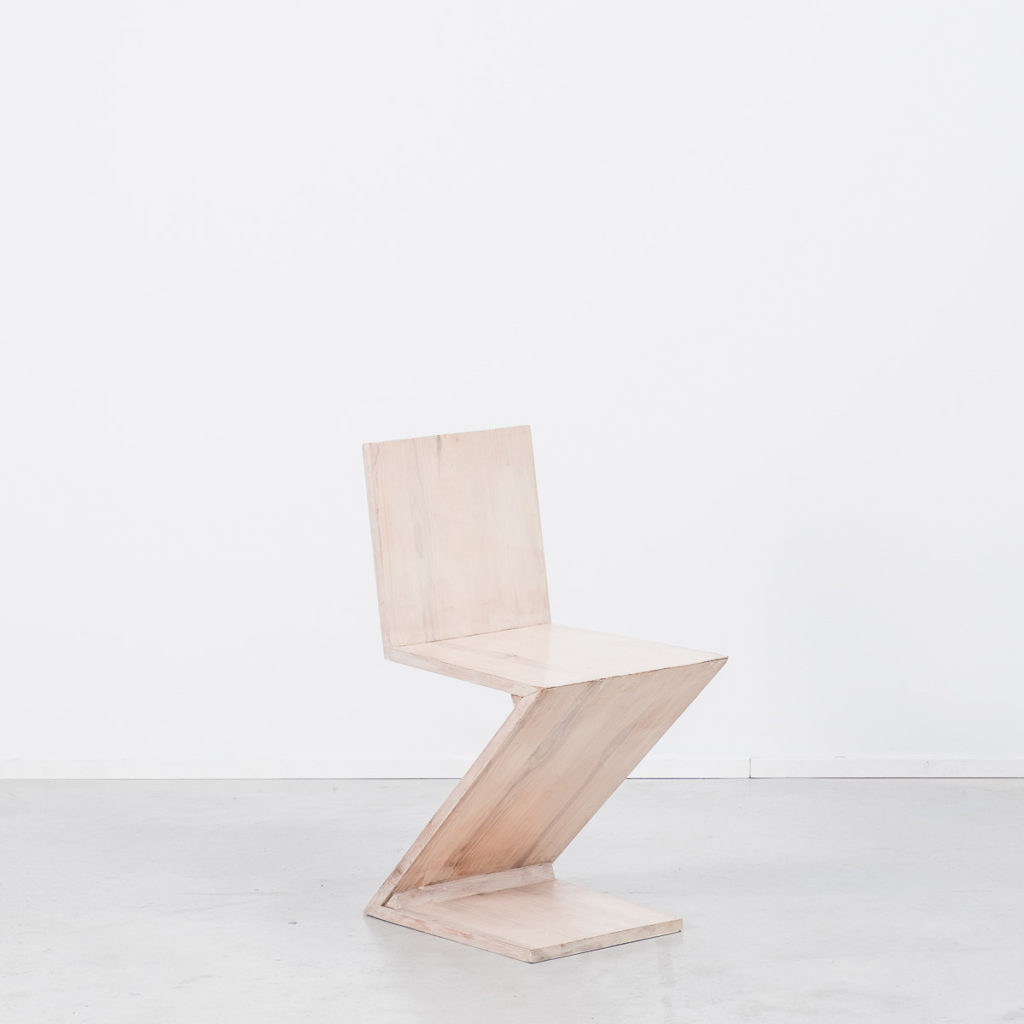 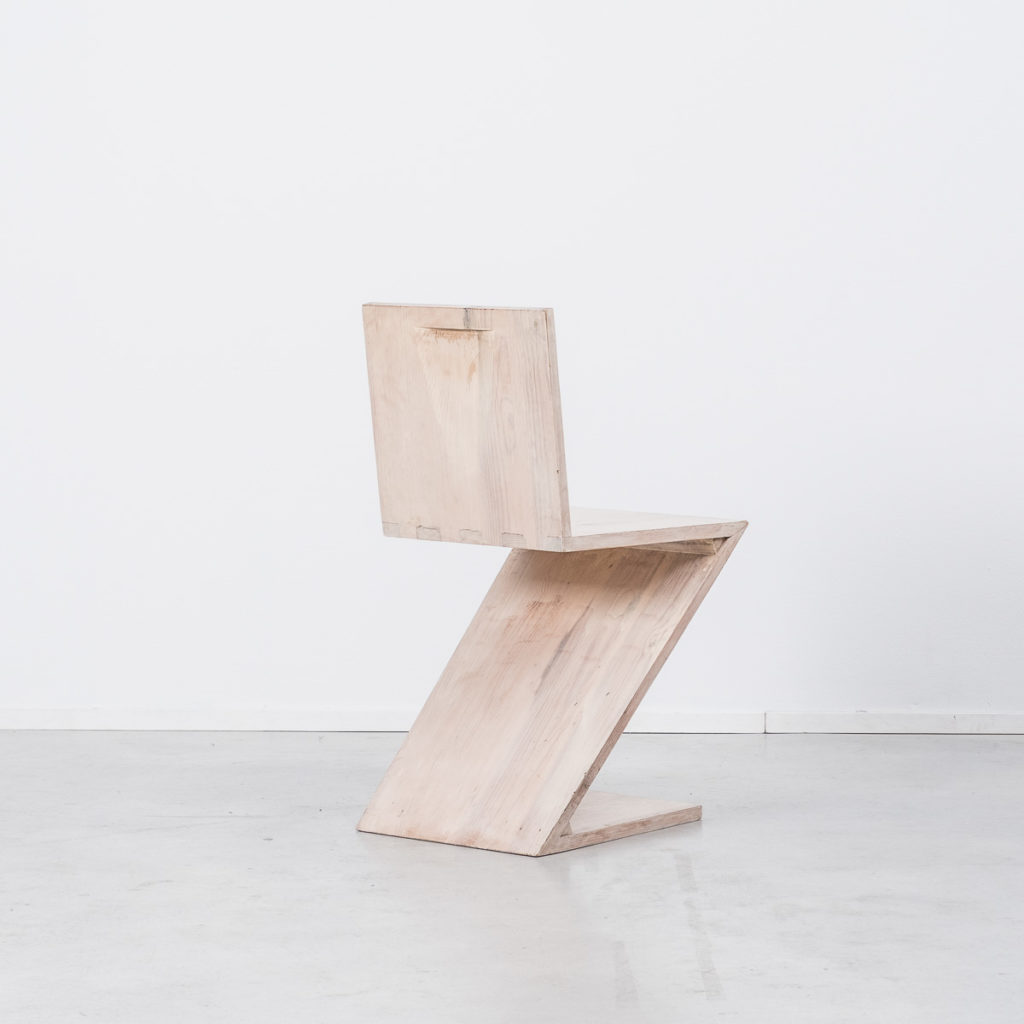 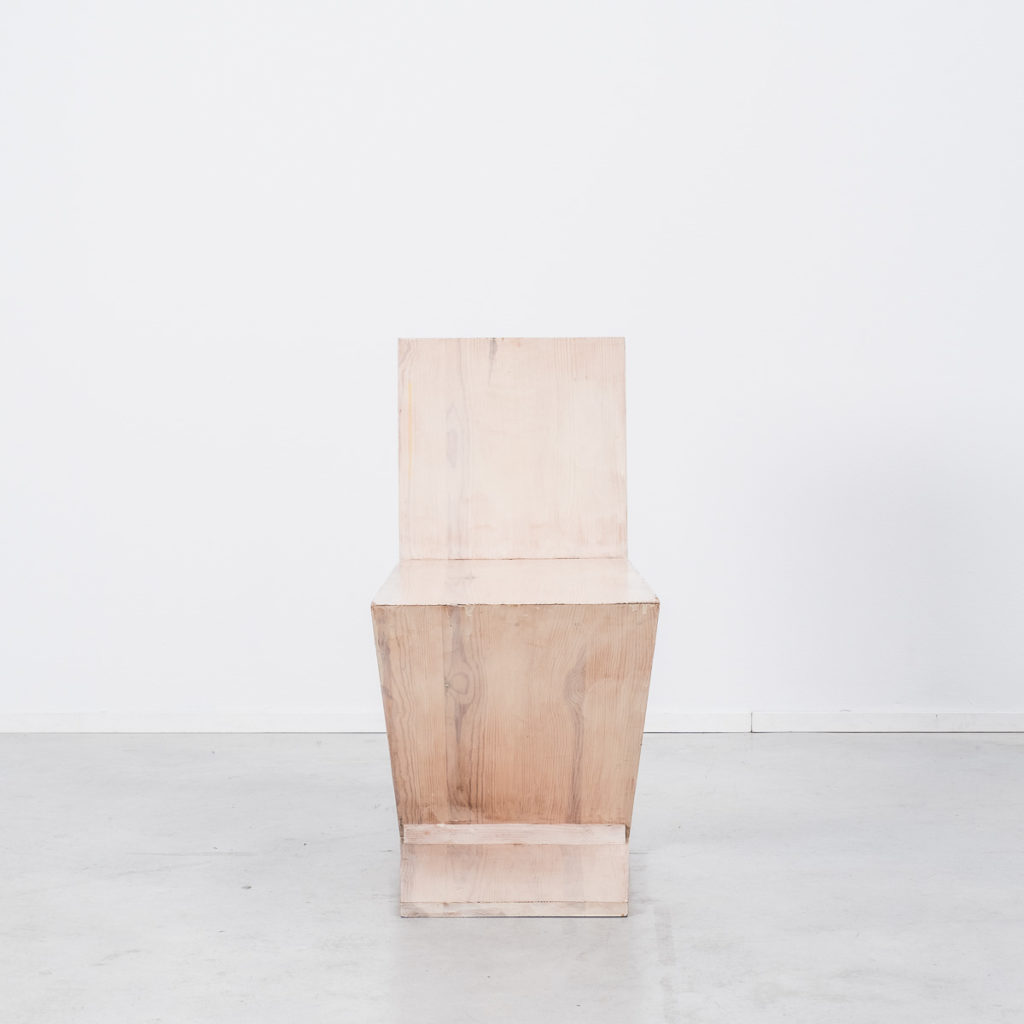 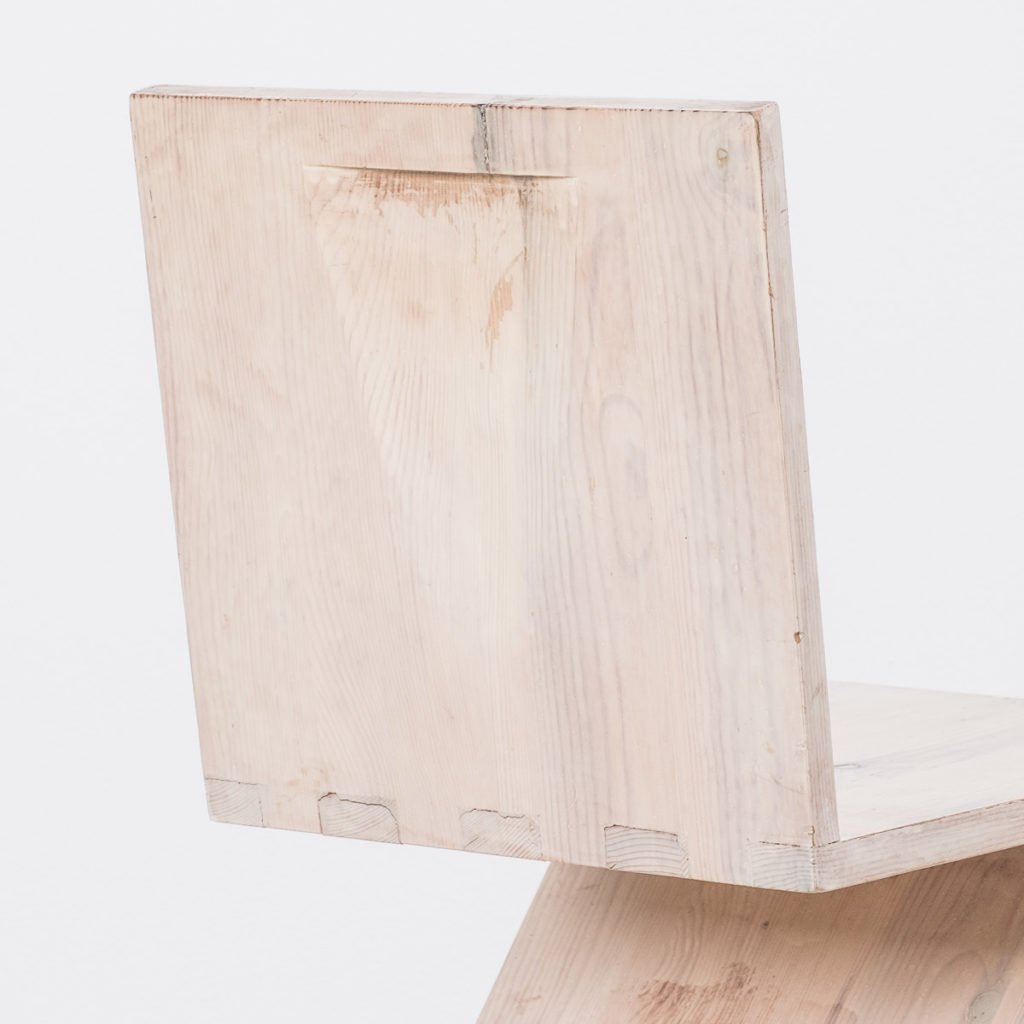 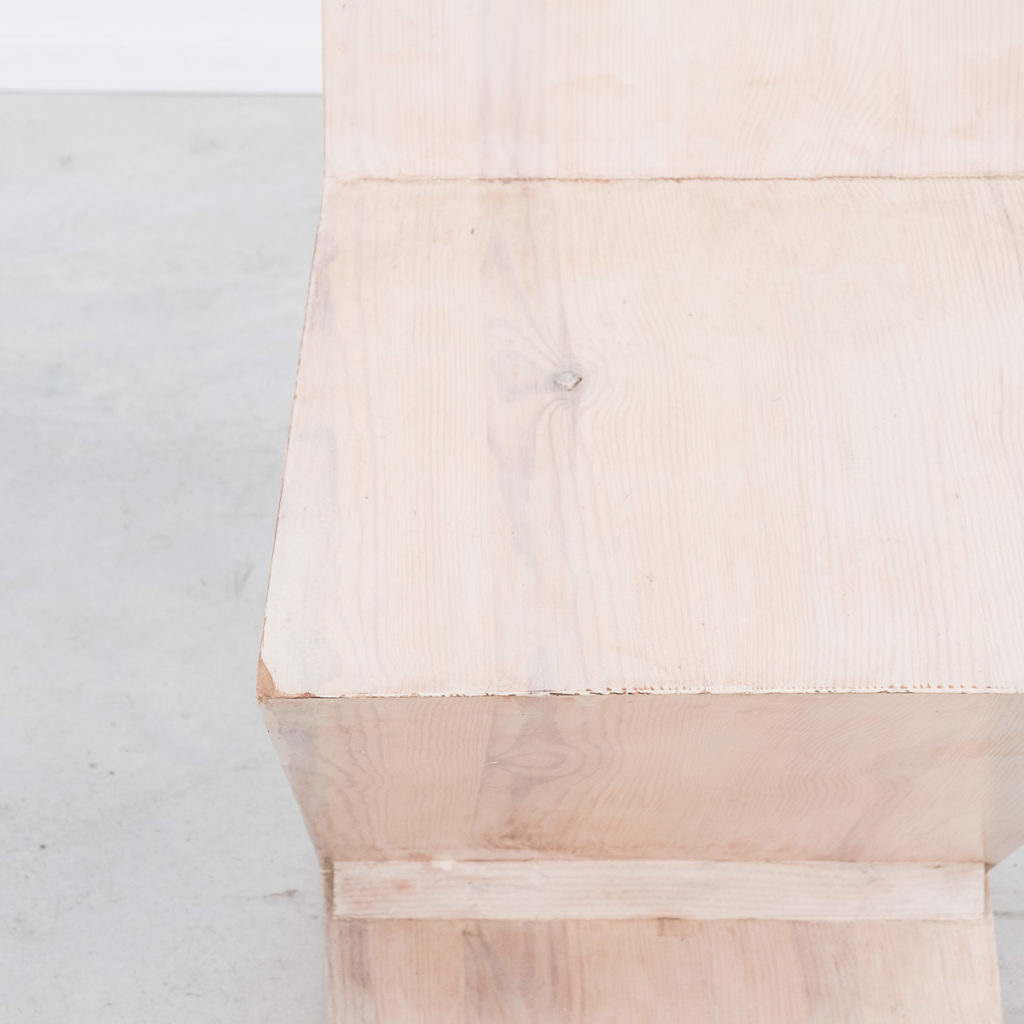 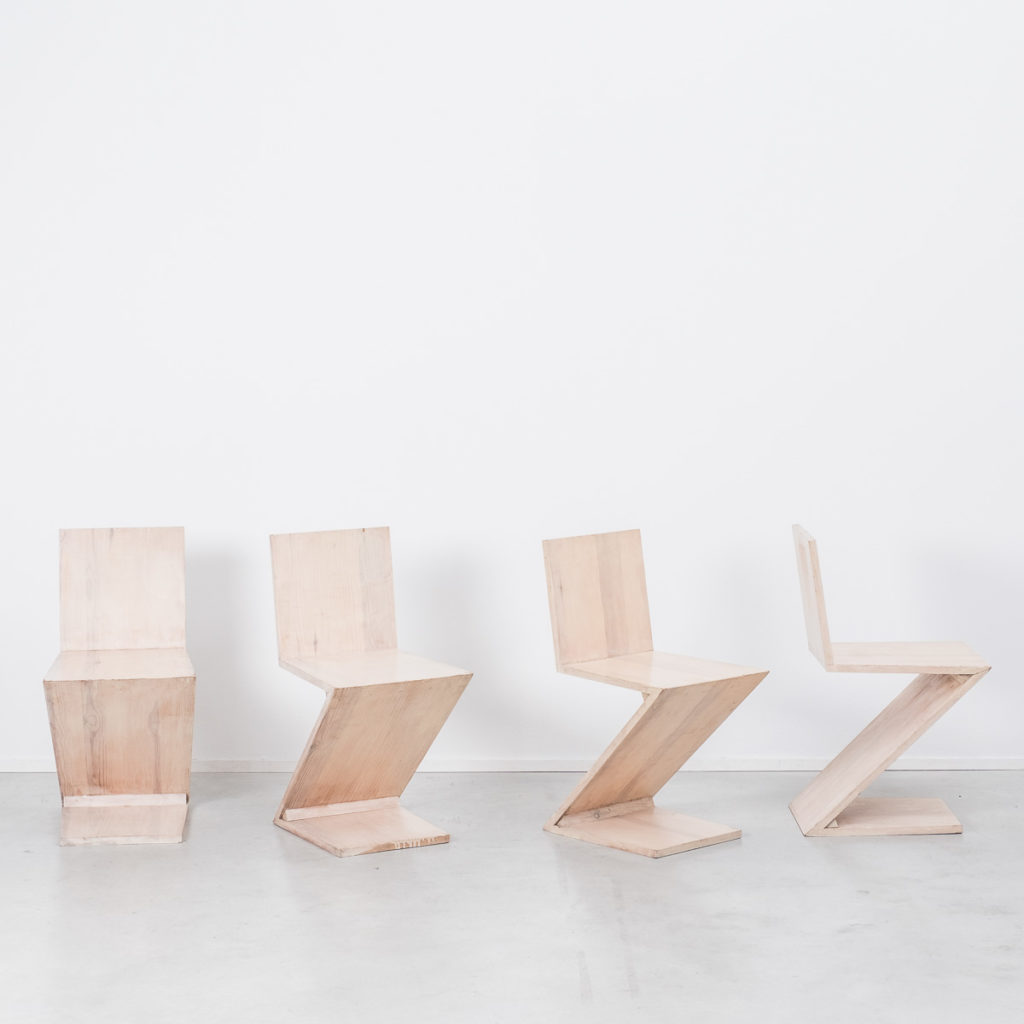 The 280 Zig Zag chair was designed by Dutch architect Gerrit Rietveld in 1934 is one of the earliest examples of a cantilevered chair. The form as the name suggests is based off a thin Z shape held together by dovetail joints and subtle internal wedges at the base and front of the seat. A chair without legs, it is an expression of minimalism that still looks contemporary.

The chair was originally designed by Rietveld for the Schröder House in Utrecht, now a UNESCO world heritage site, but versions of the chair were, on Rietveld’s death, made by his furniture maker Gerard A. van der Groenekan – which sell for upwards of £10,000 each. The designs were also made public and over the years, and professionals and amateurs have attempted to produce the chairs – to varying degrees of success.

This set was most likely made by a hobbyist furniture-maker in the late 1970s or 1980s constructed quite faithfully in white-washed wood. Restored and finish renewed before sale.