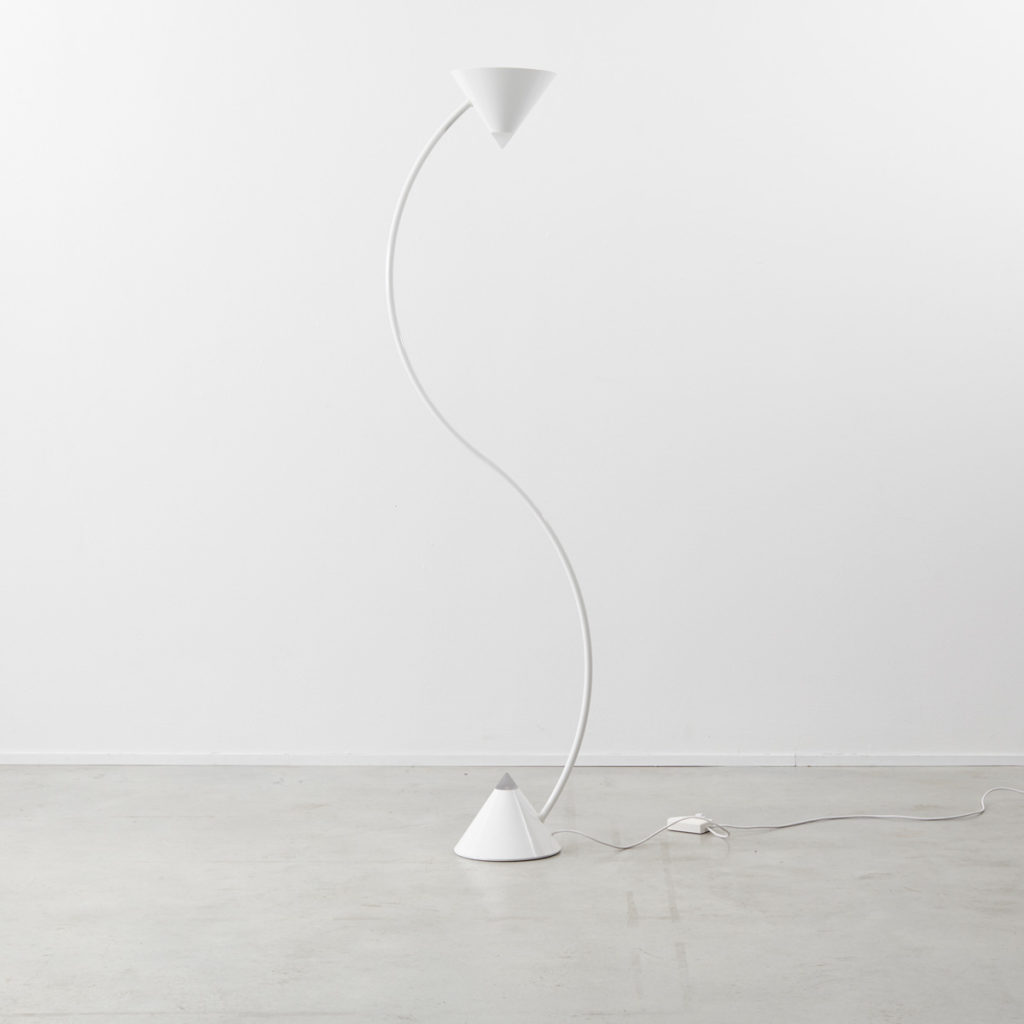 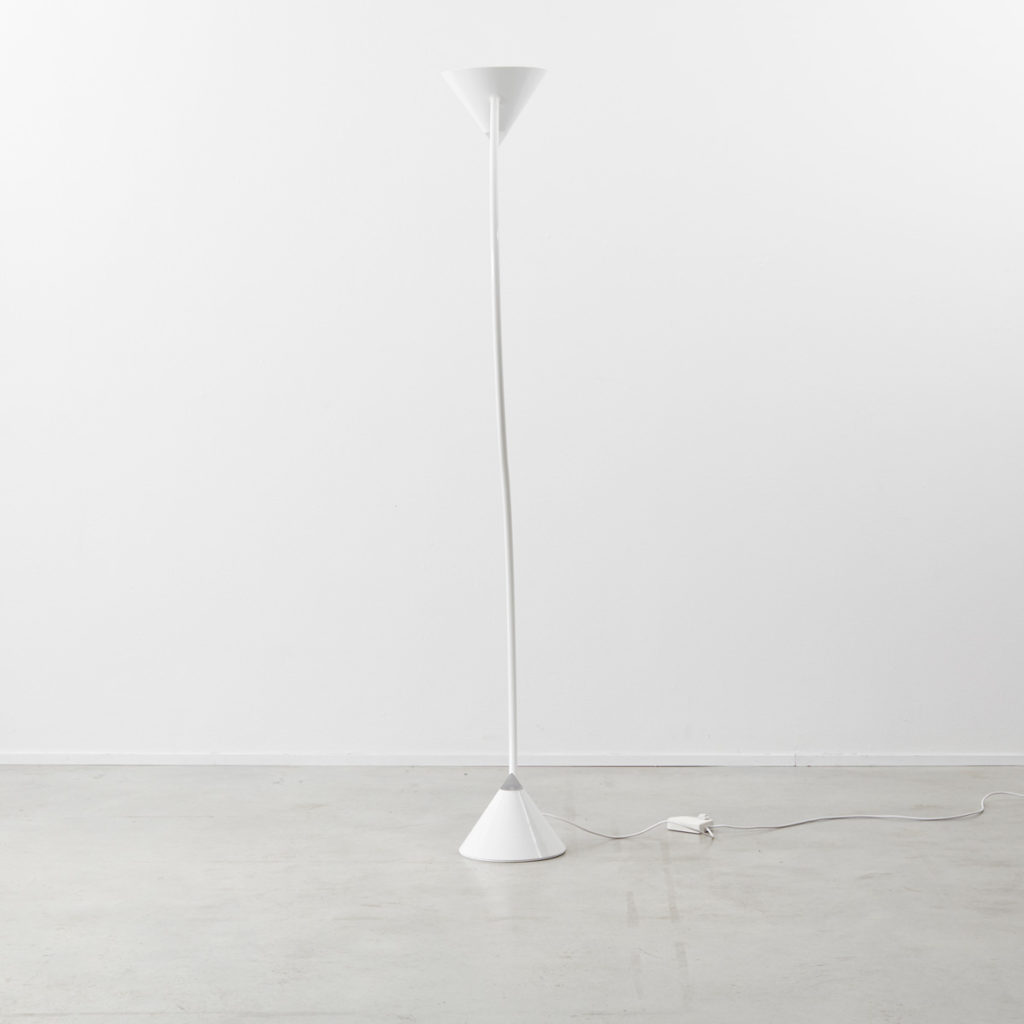 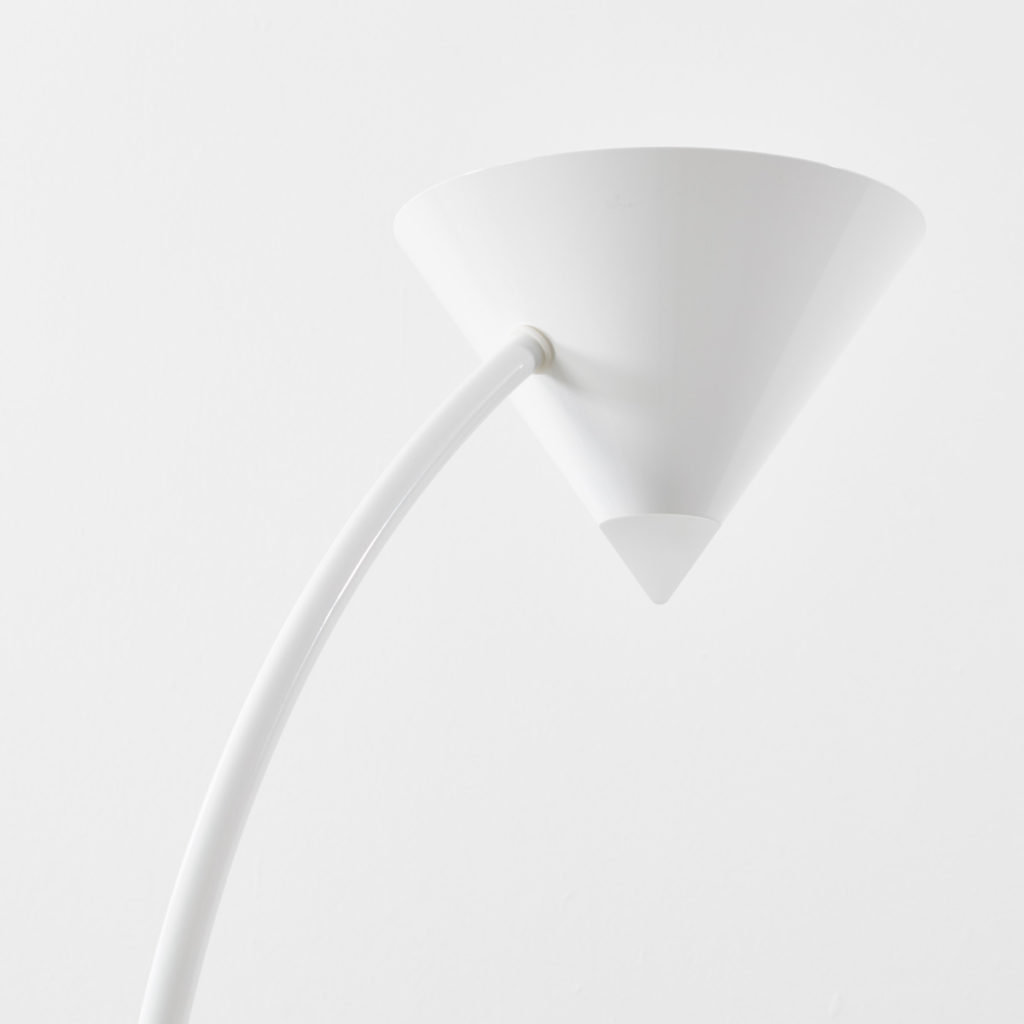 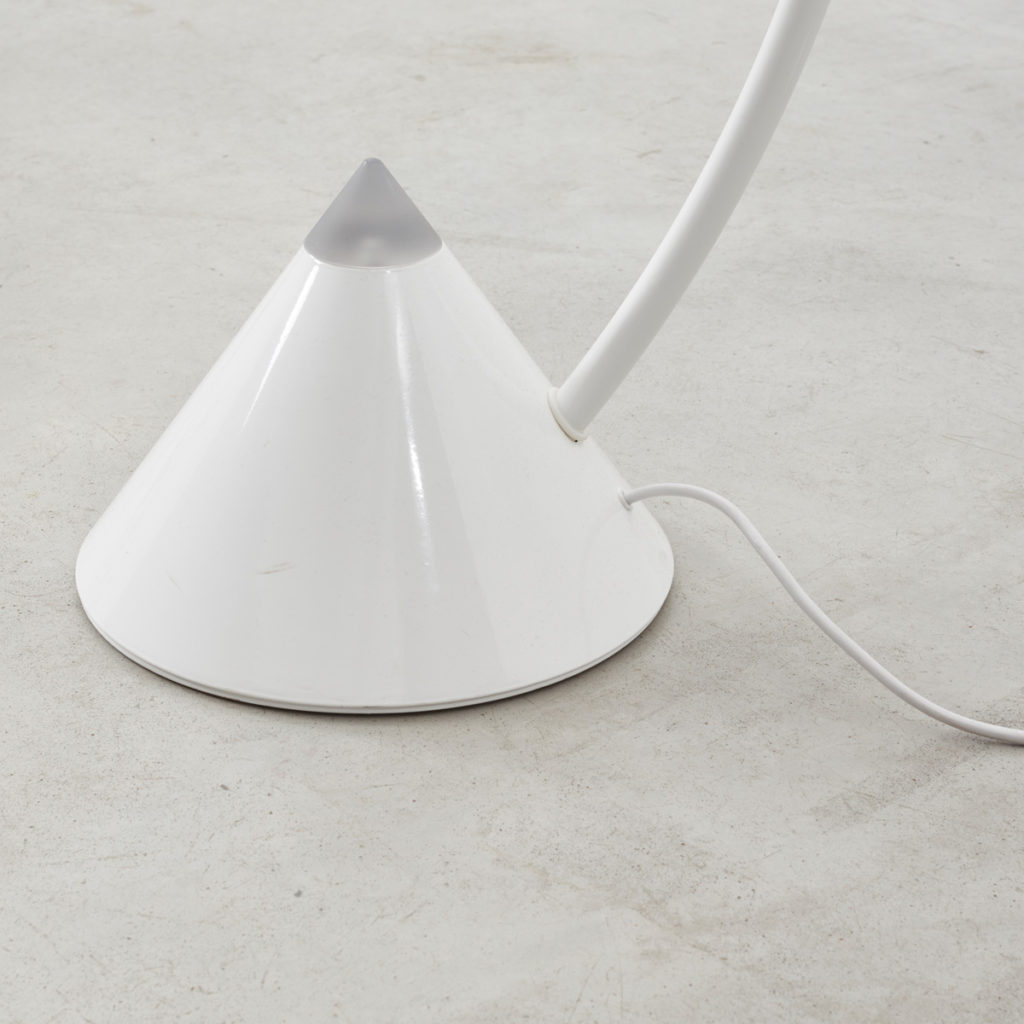 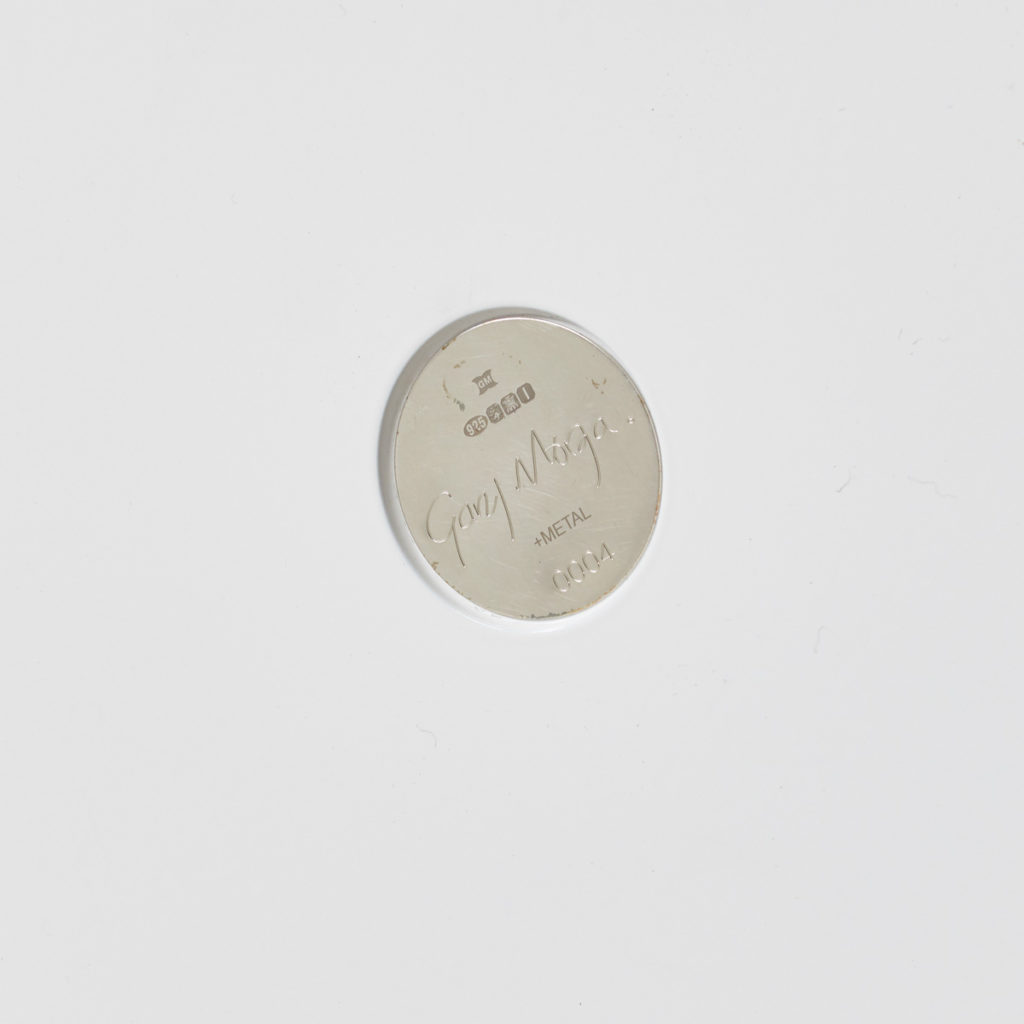 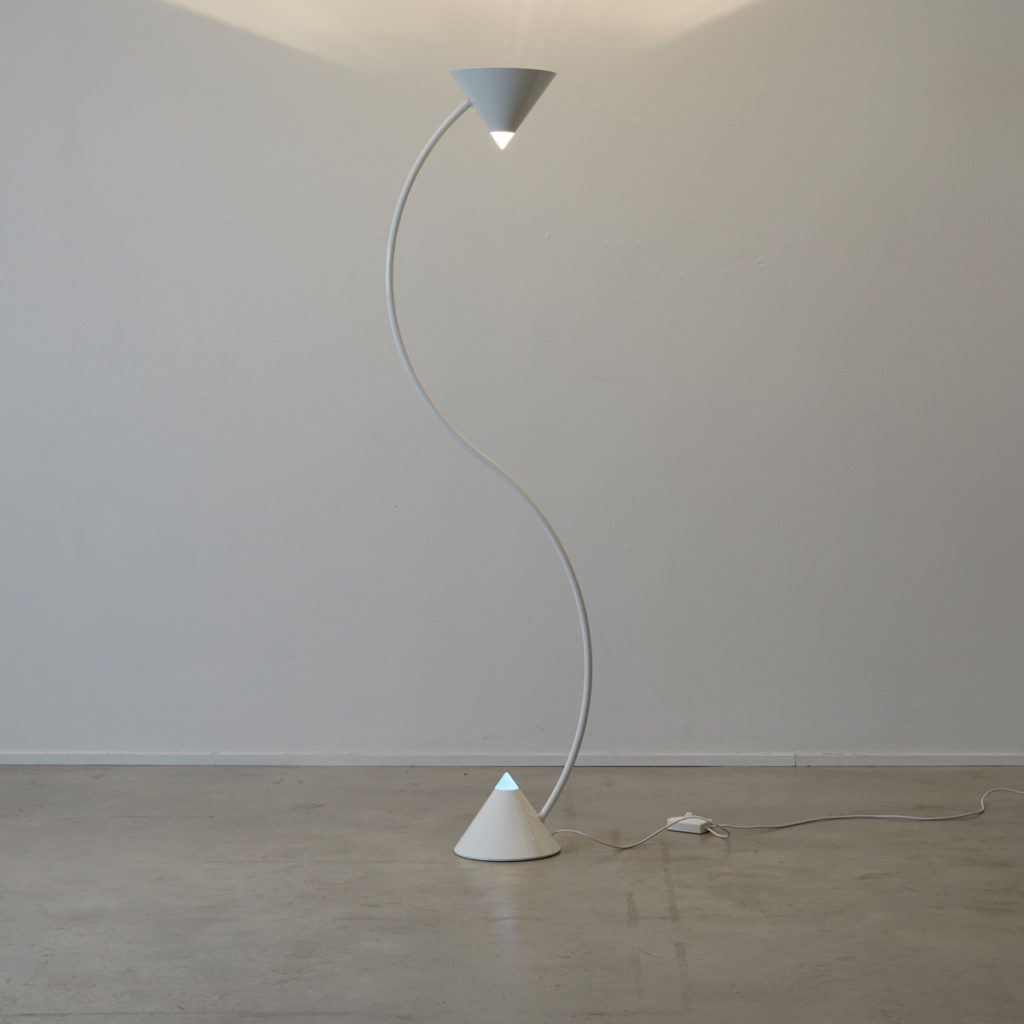 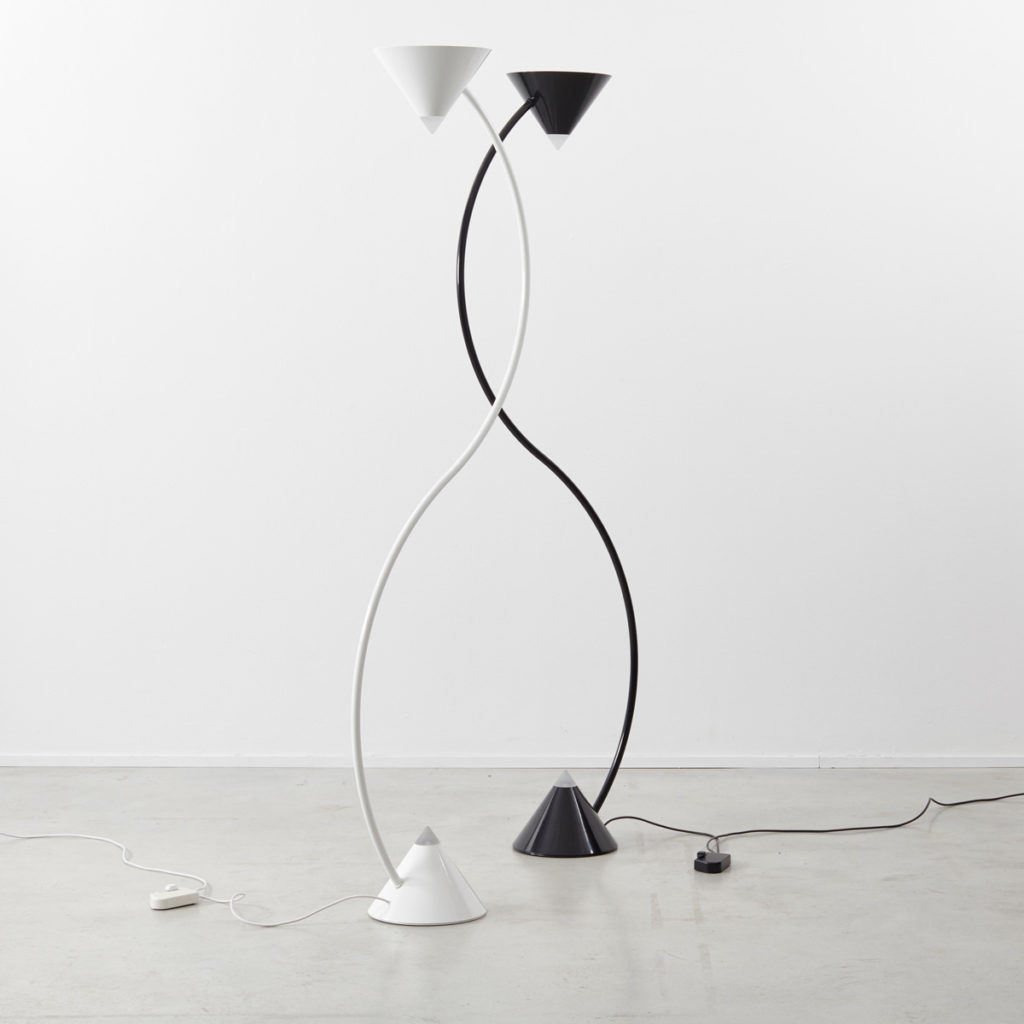 Gary Morga, designer of the Yang lamp, was born in Edinburgh, Scotland in 1956. He studied Silversmithing and Metalwork at Camberwell School of Arts and Crafts, London. In 1986 he was invited to submit designs for the Memphis Milano Lights Exhibition, where he exhibited the NASTRO lamp. It was to be the last exhibition of the Memphis Milano group.

The Yang lamp – now included in the permanent collection of the The National Museum of Scotland – was designed in 1986 as a response to the over-representation of the male in design. In its form we see both subversion and balance of male and female archetypes and a nod to the symbolism of Yin and Yang. The structure is made from metal and acrylic with a dimmable halogen uplighter and glowing point to the base.

Originally produced by Bieffeplast, these are part of a later limited edition manufactured by Ventri Ltd in 2011 to mark the 25th anniversary. Only 25 were made in black and white, which are signed and numbered on sterling silver disc inset to the base. We have two white ones available and four black from the last of the Ventri editions.