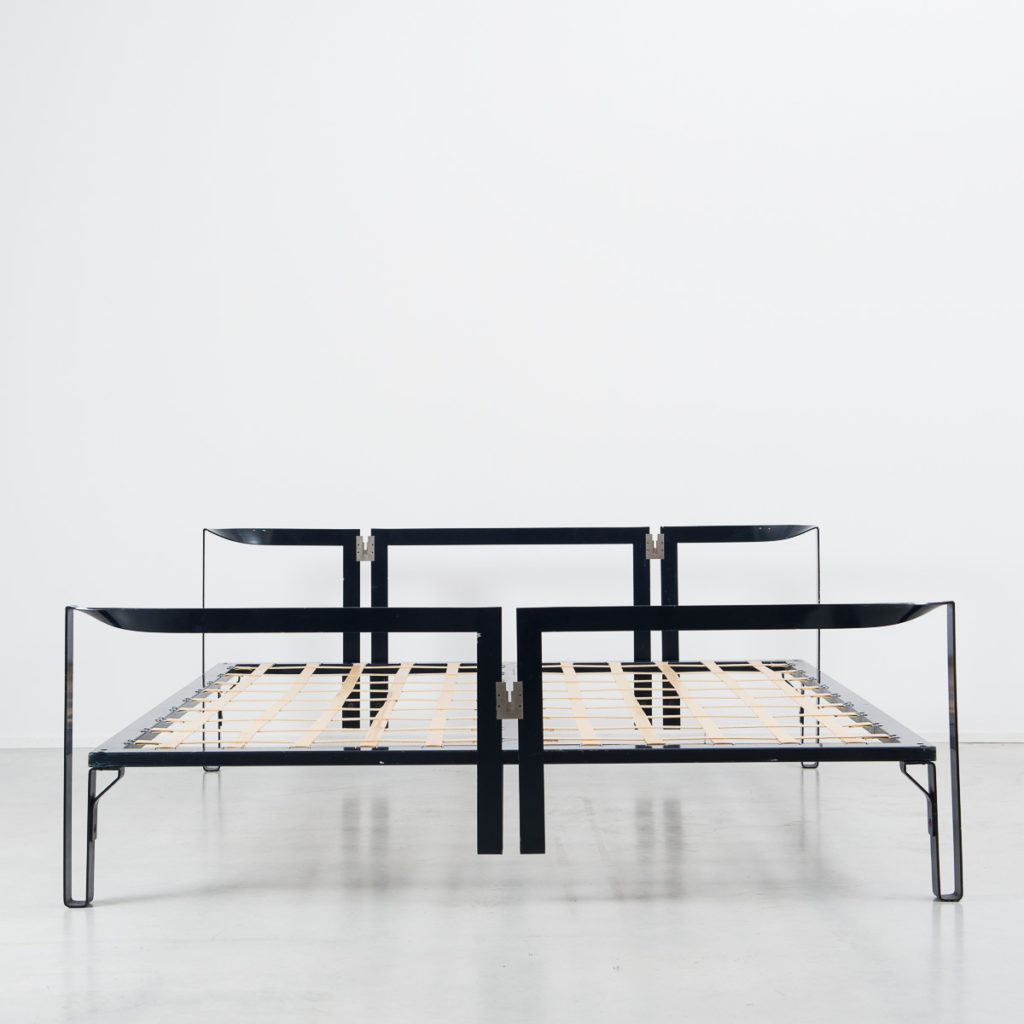 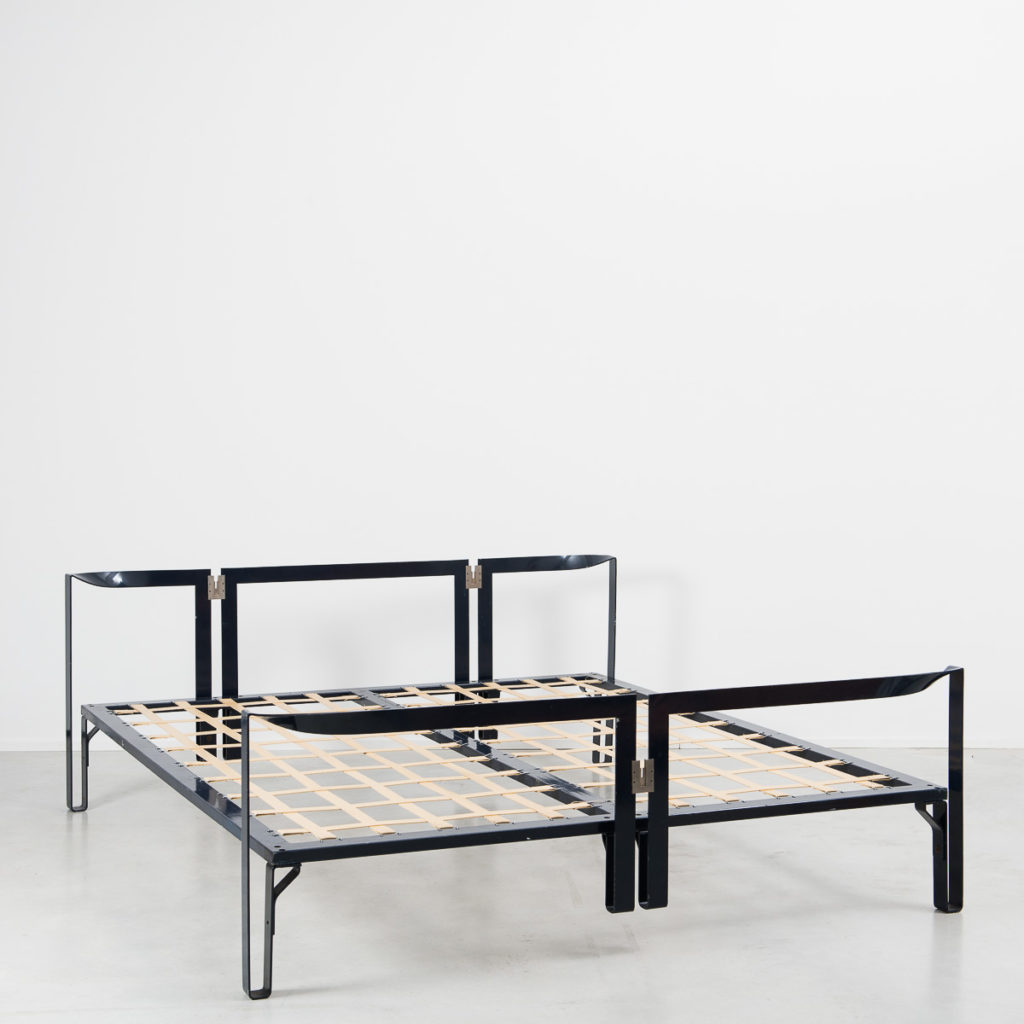 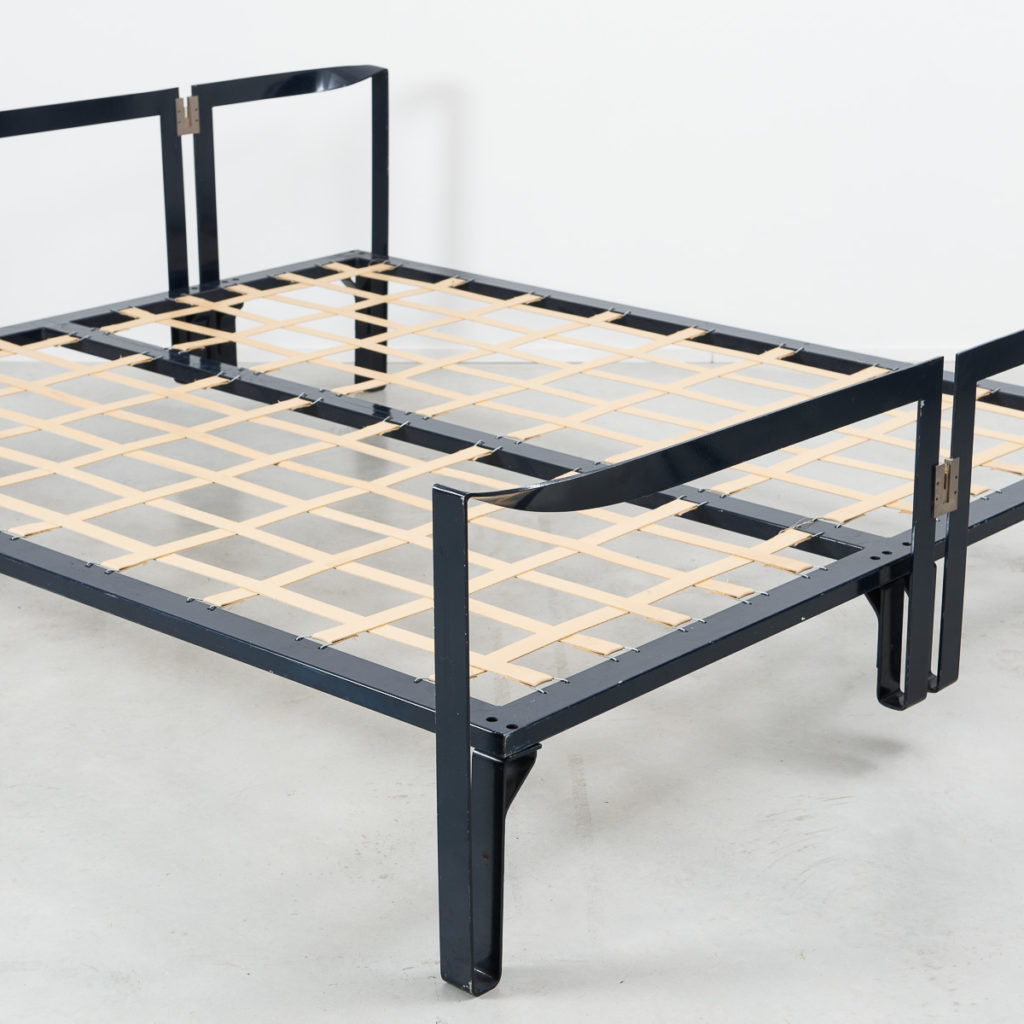 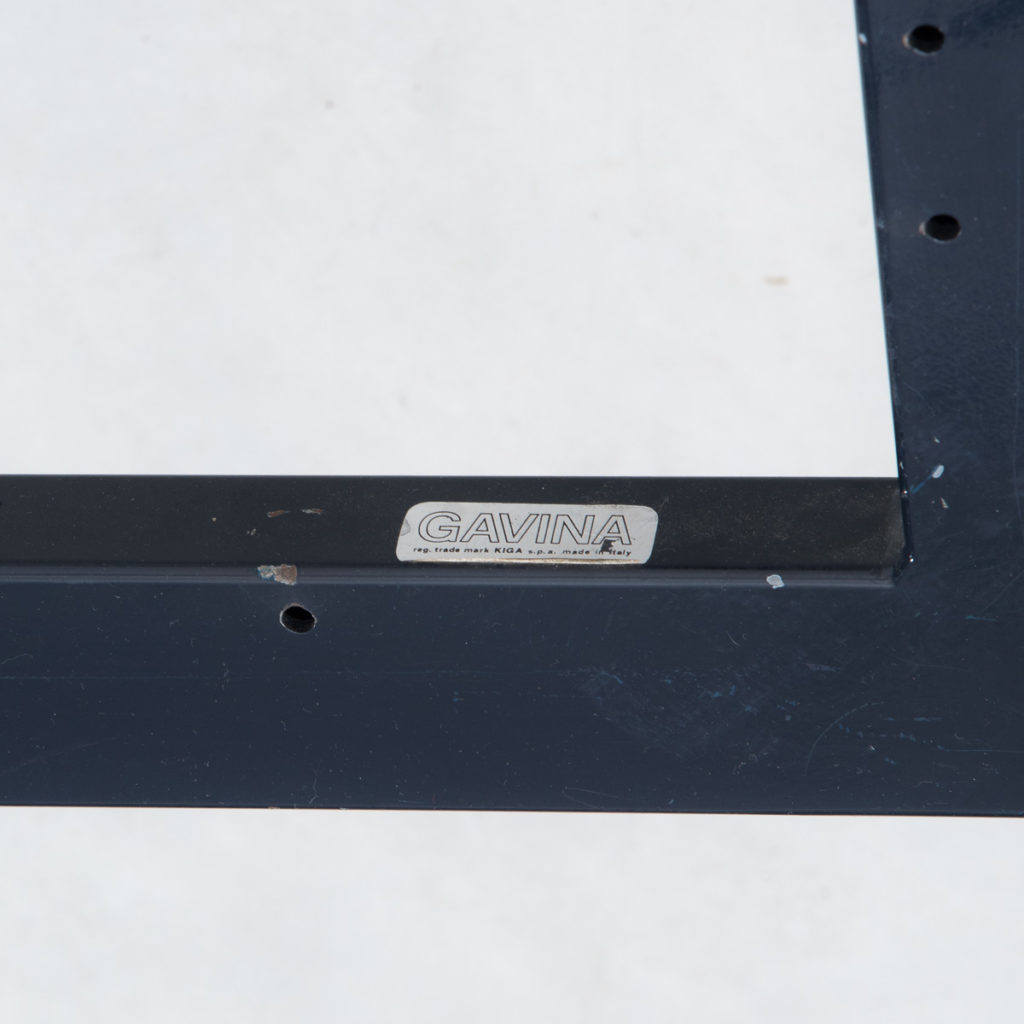 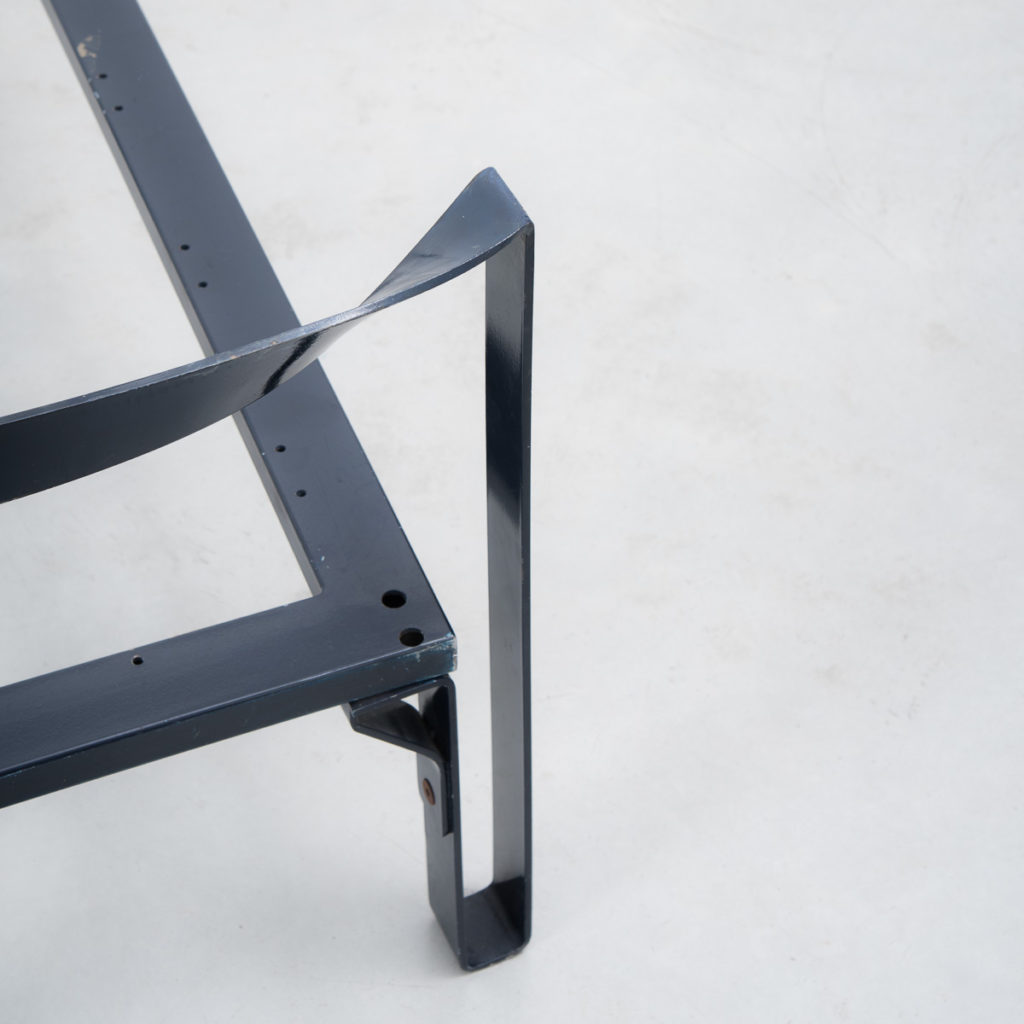 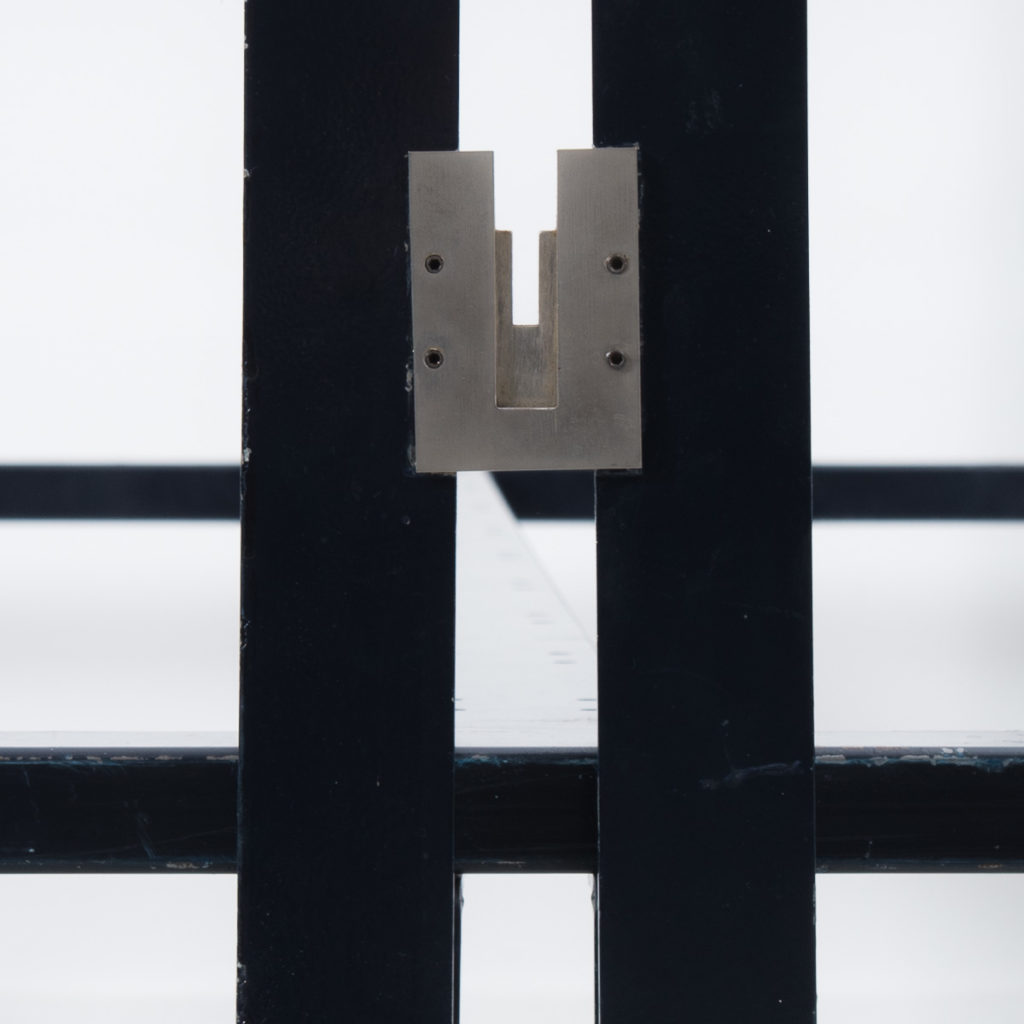 Tobia Scarpa ‘Vanessa’ metal bed frame, produced by Gavina, Italy 1959. In original dark blue paintwork, new springs to come. A pleasing antidote to the chunkiness of modern beds, dismantles for ease of transport. Fits a European double mattress. Moderate wear to paintwork, later bolts. Tobia Scarpa was born in Venice, Italy in 1935. Both he and his brother Afra earned degrees in architecture from the Università Iuav di Venezia in 1957. From 1957 to 1961 Tobia worked as a glass designer at the Murano glassworks of Venini, before the two artists opened their own design office in Montebelluna. This is one of Tobia’s designs for Gavina, which appears in the literature: Domus 395, October 1962.