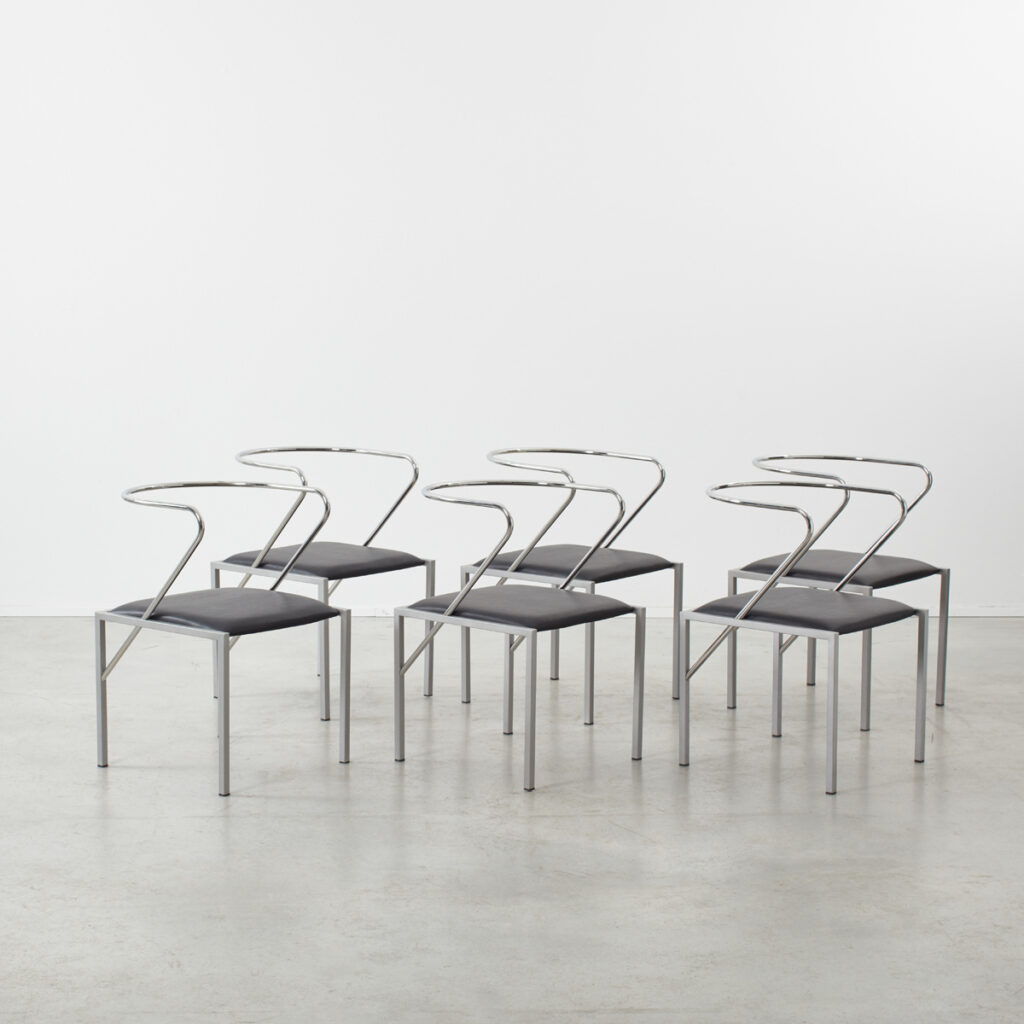 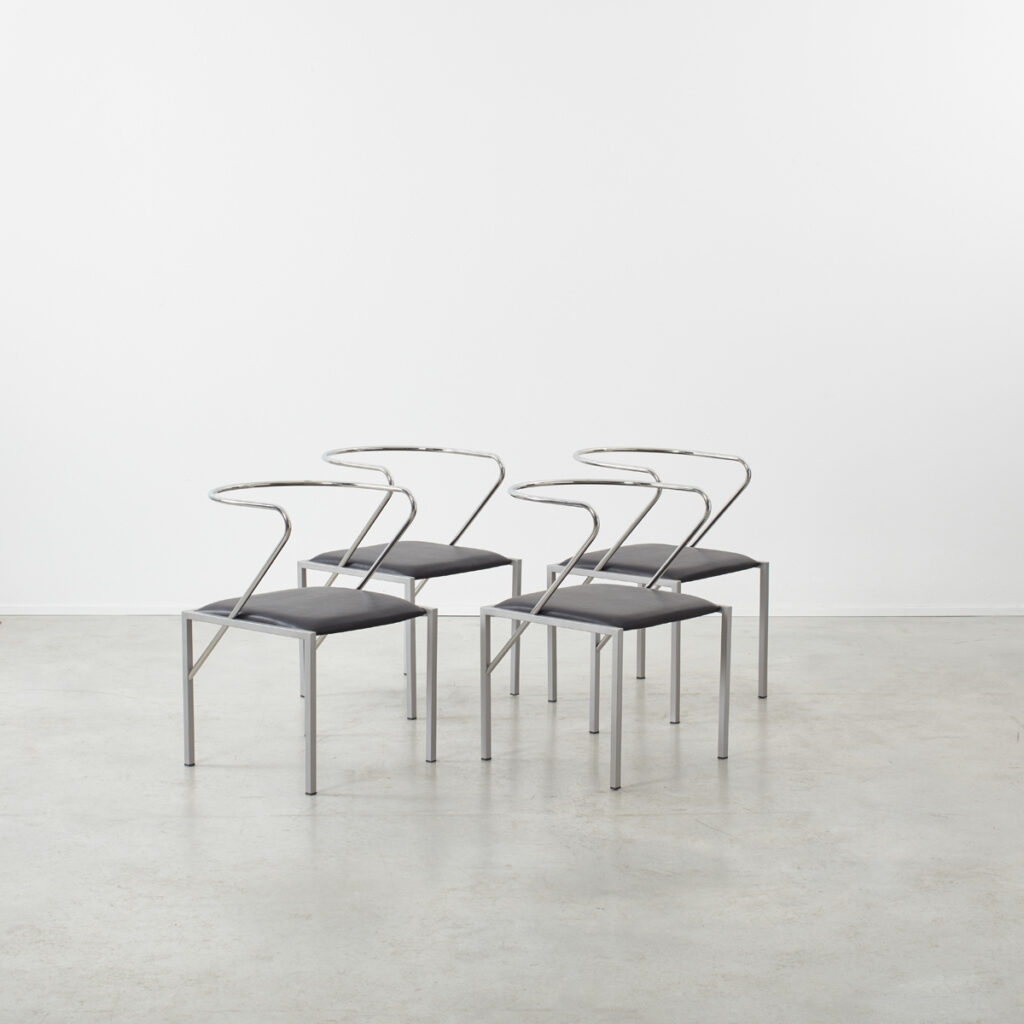 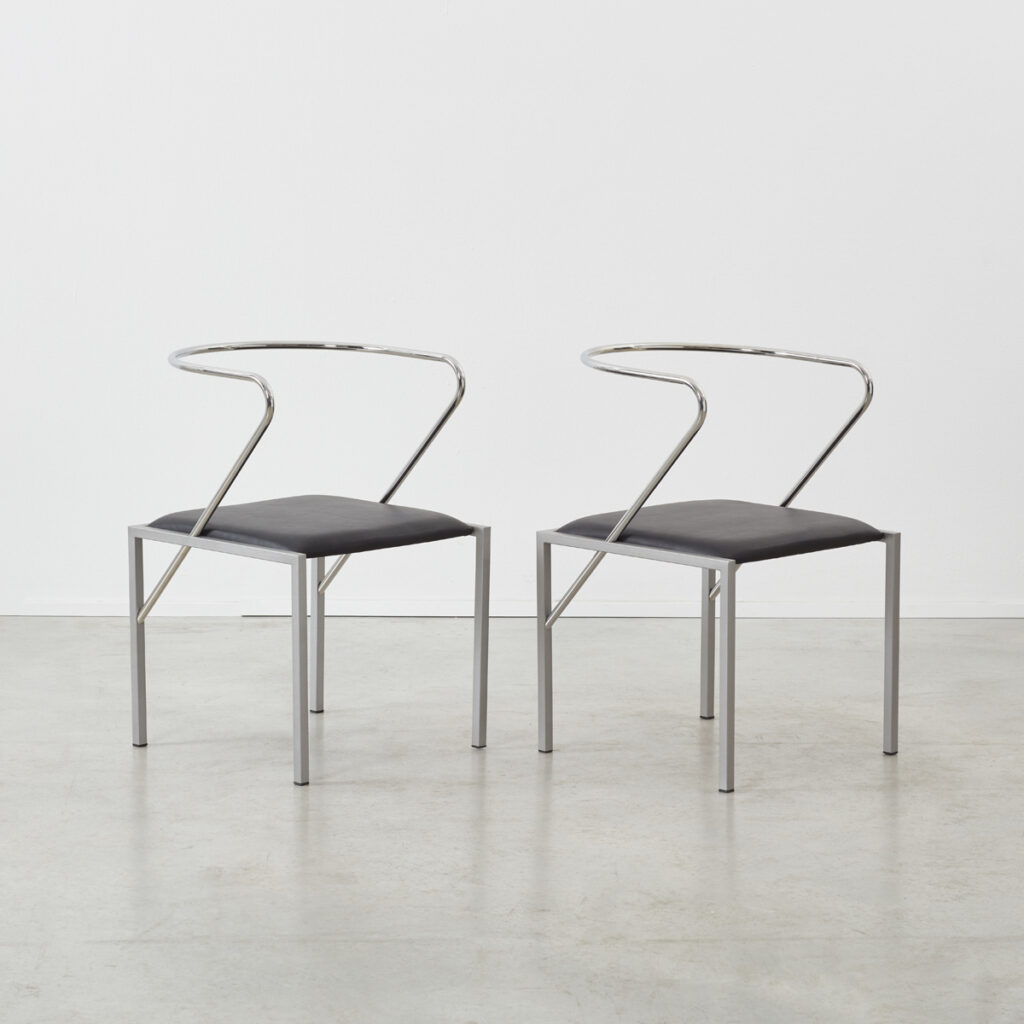 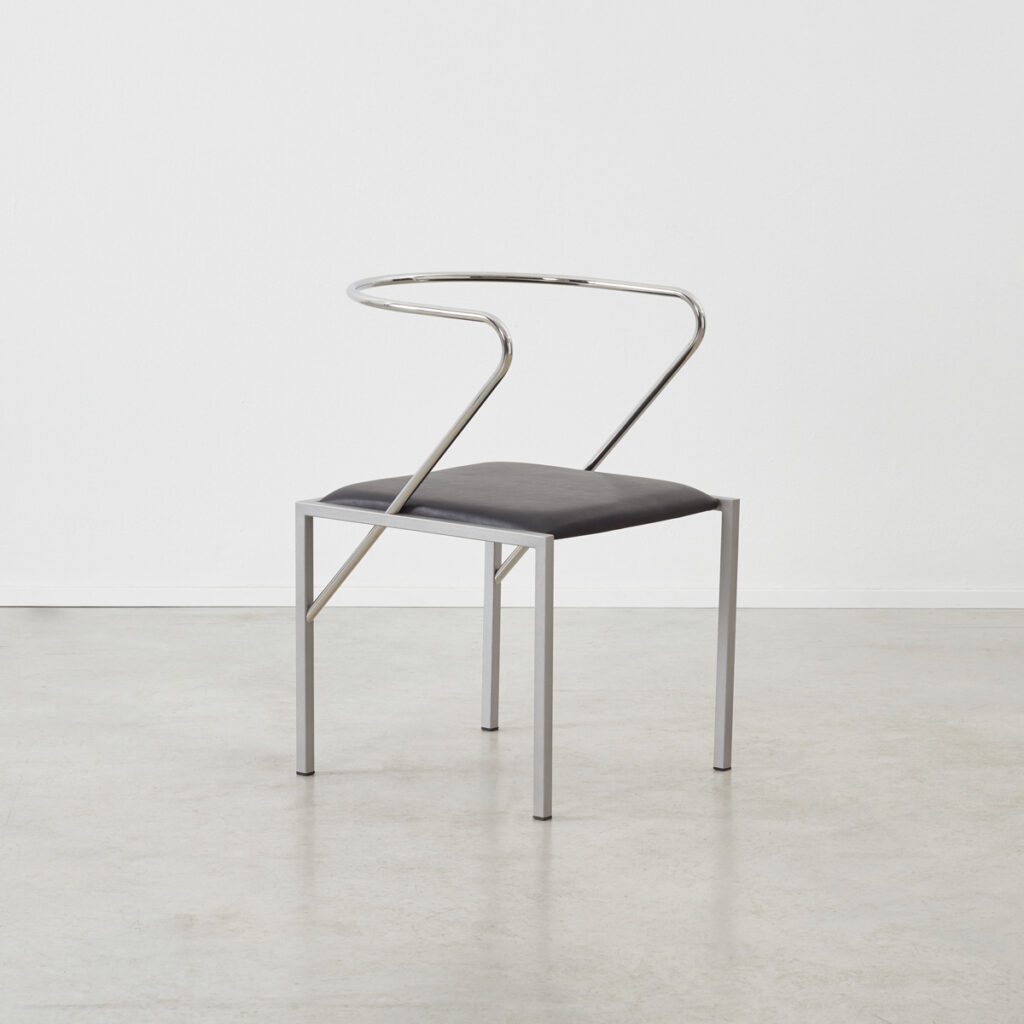 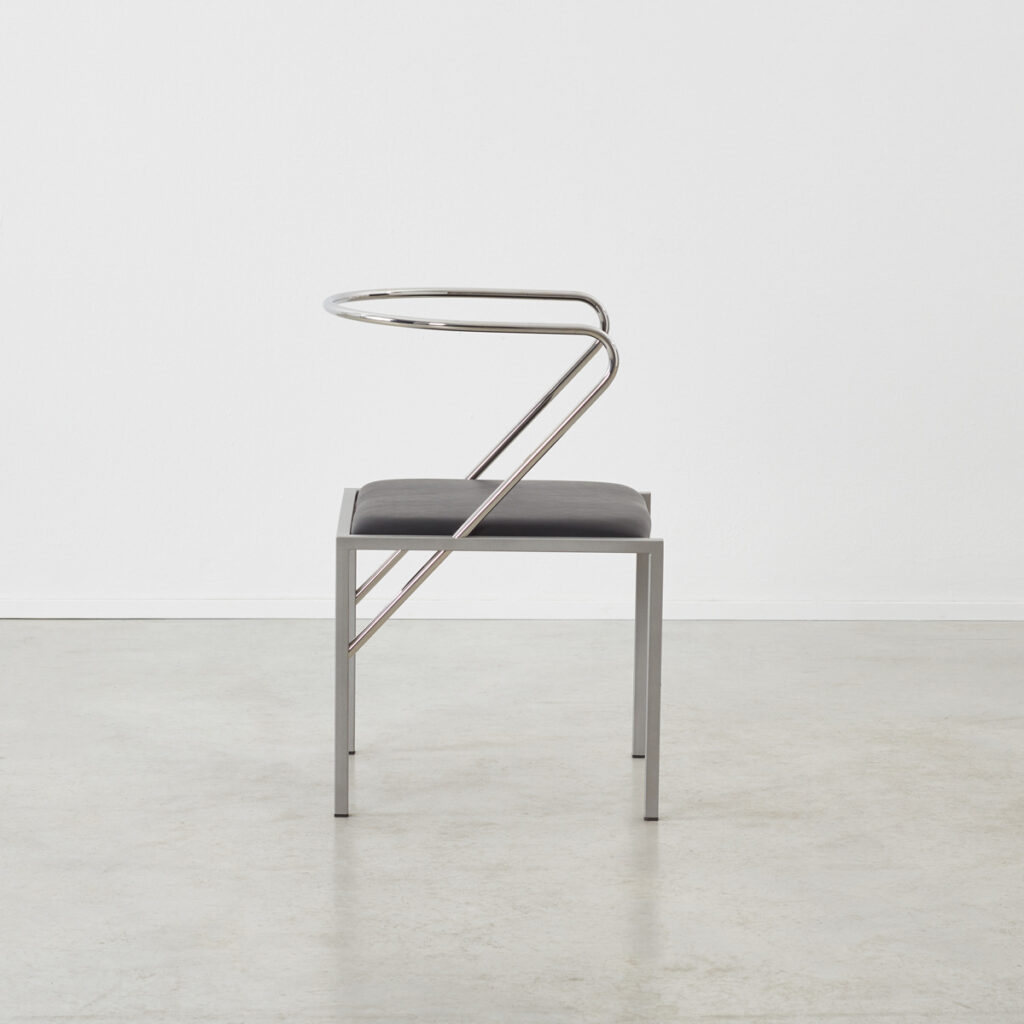 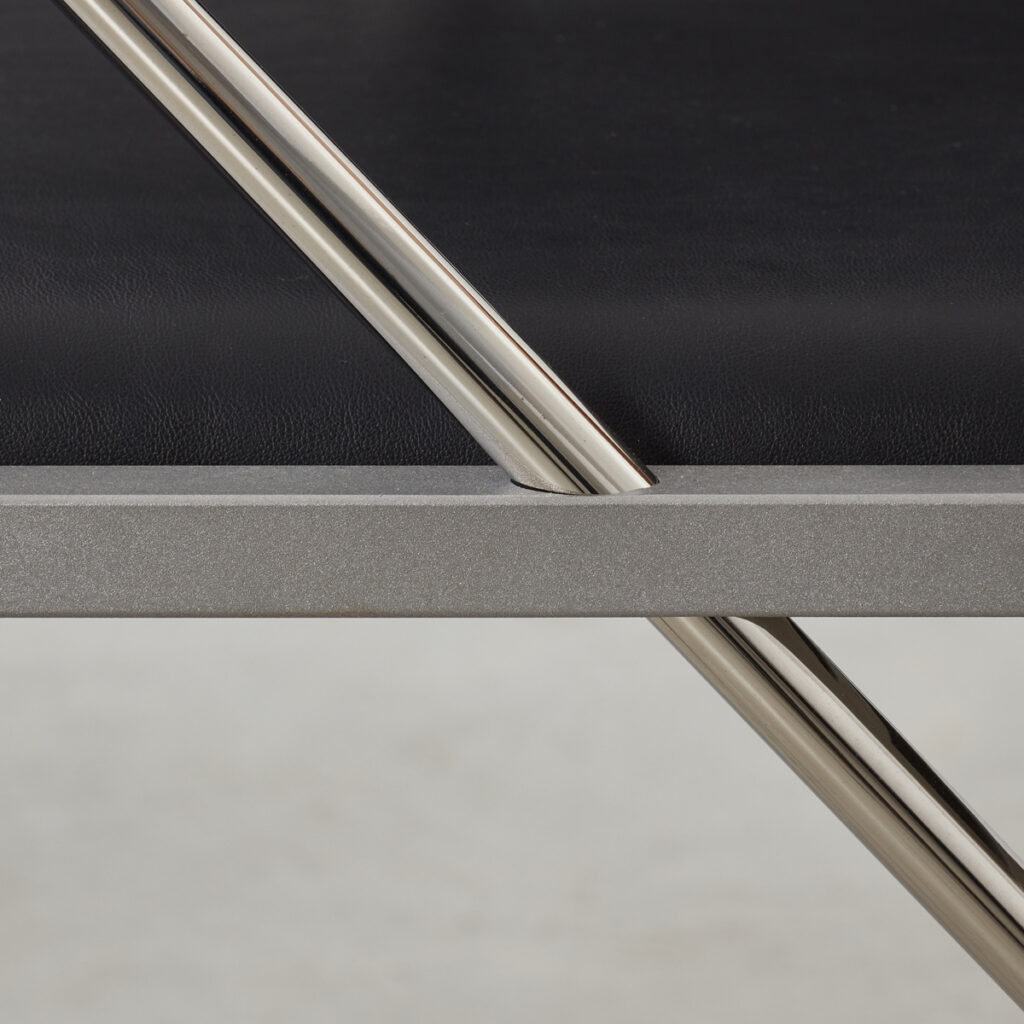 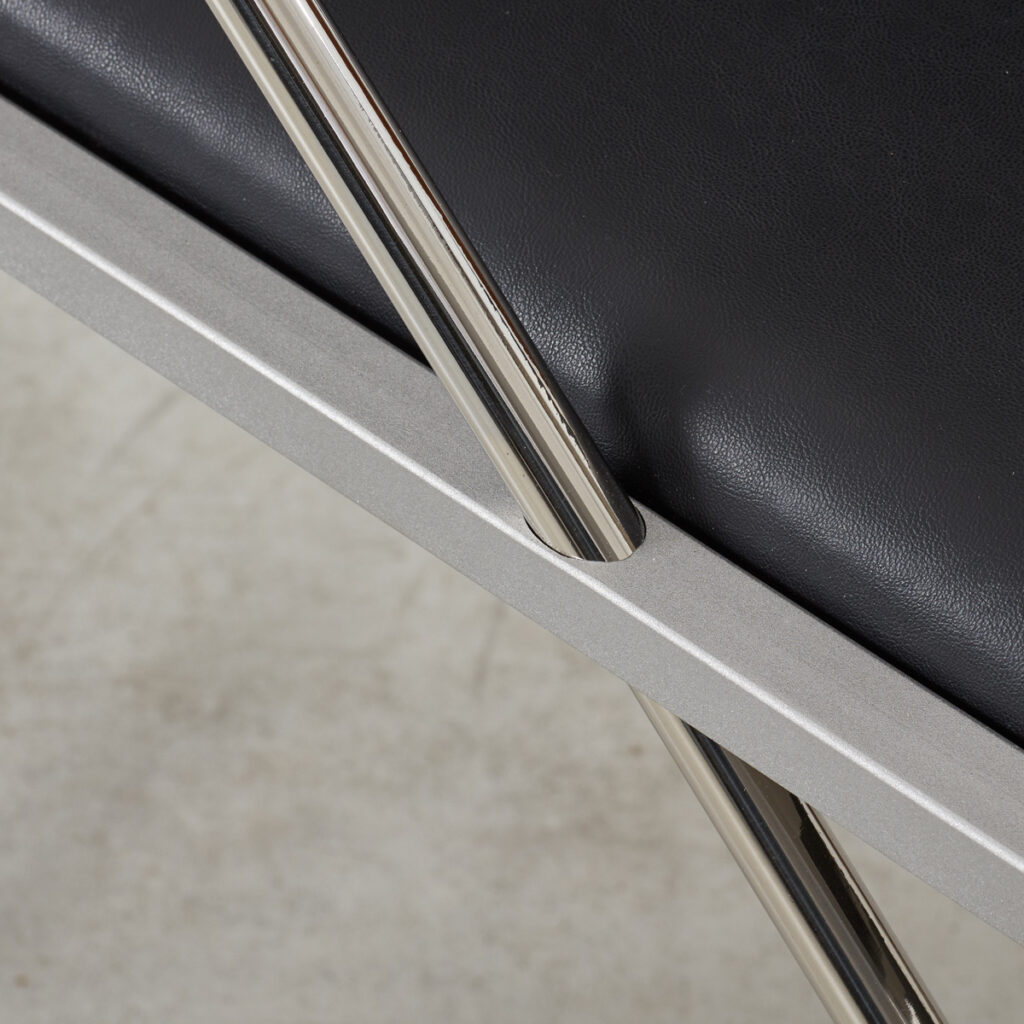 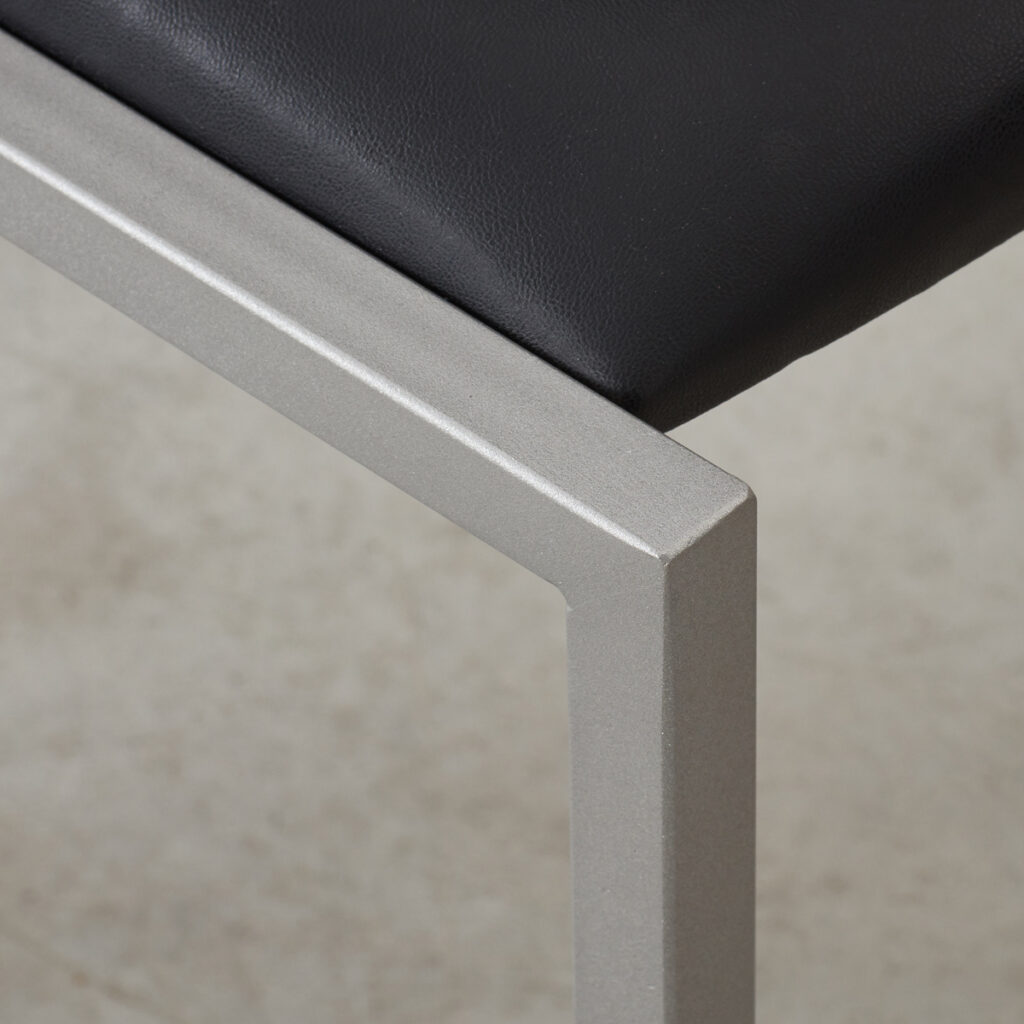 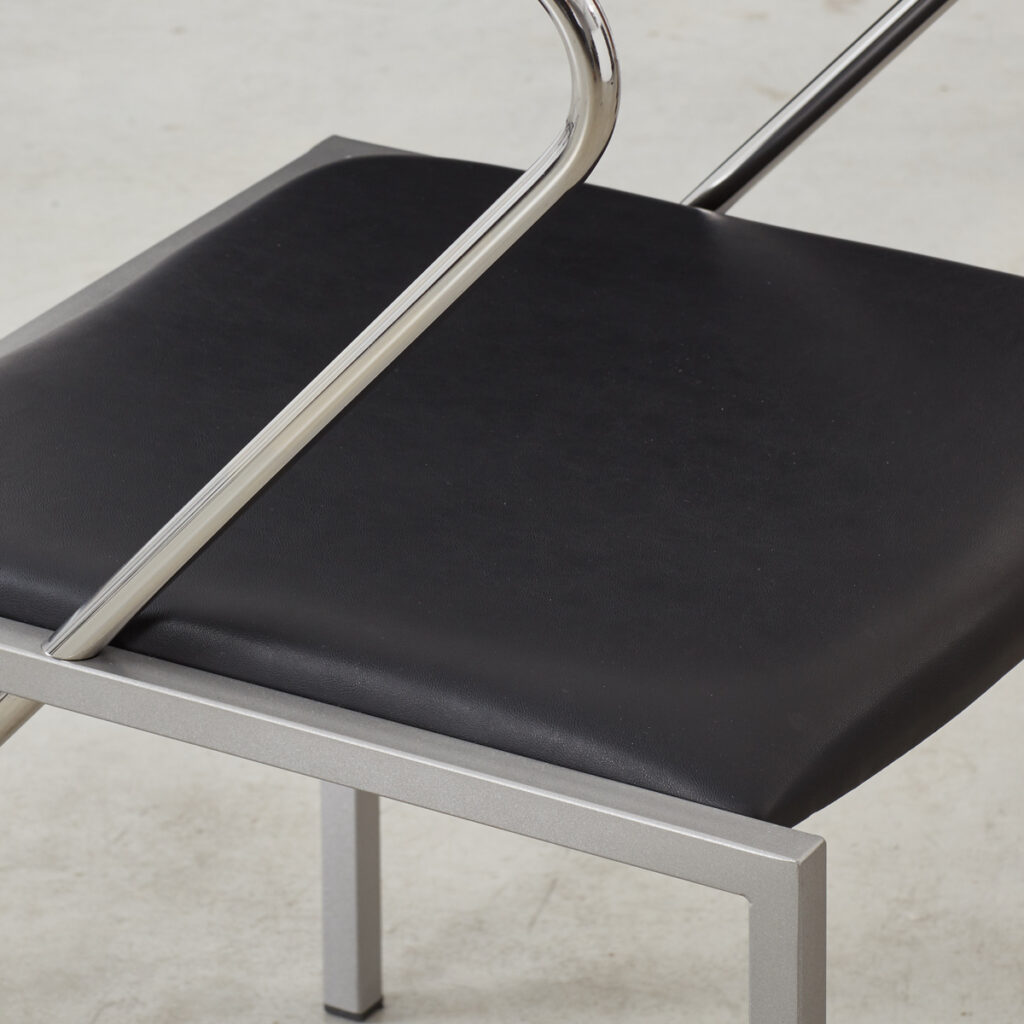 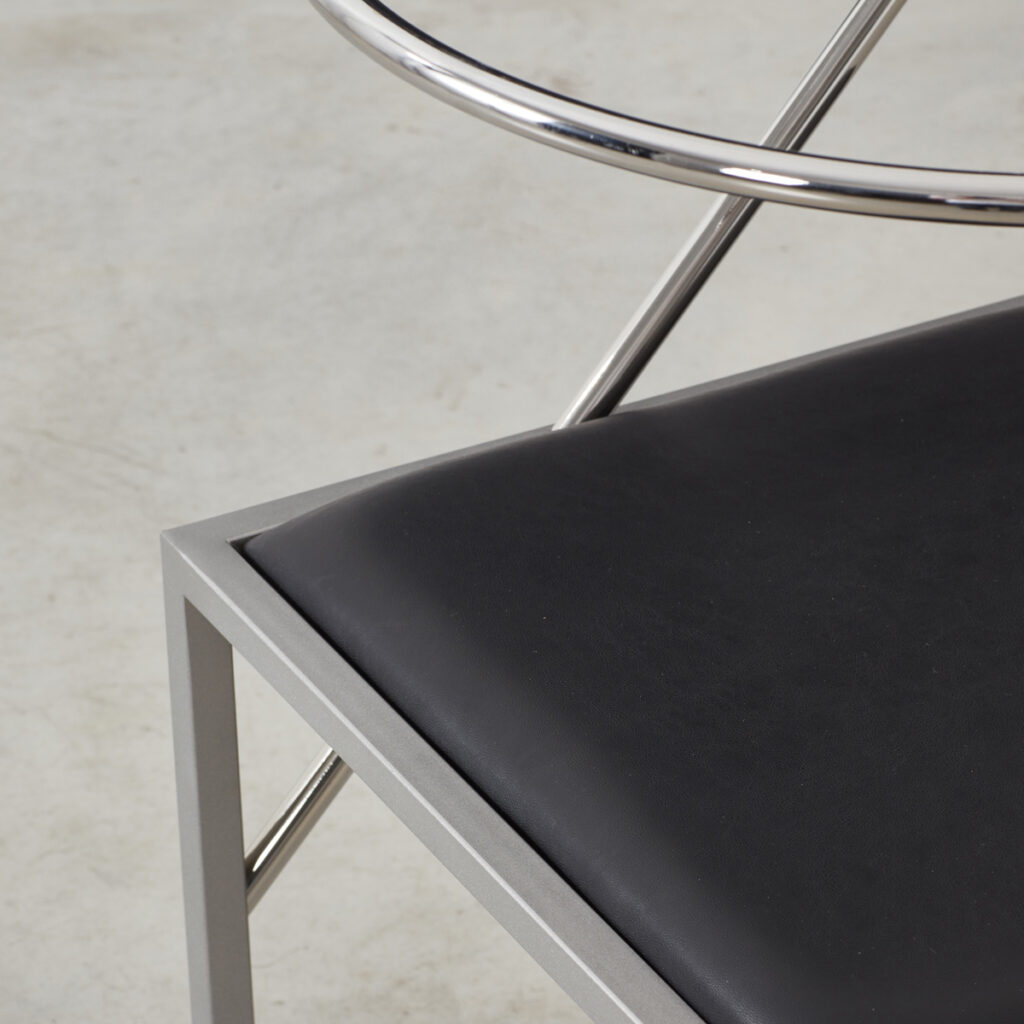 Shiro Kuramata (1931 to 1991) created a fluid exchange between Japanese design philosophy and European postmodernism. While his training initially centred traditional woodworking, it was designer Isamu Noguchi at the Kuwasawa Design School who helped him reimagine ancient Japanese traditions in modern materials. Kuramata’s designs are made from materials that have reflective, transparent, opaque and tactile qualities to them. The forms are a refined response to the properties of the materials used.

The Apple Honey chair is a rare sought after design by Kuramata for Dutch manufacturer Pastoe. Über minimal, four square tubular legs hold up an upholstered seat, pierced through by the chrome back rests. It is very rare to find a large set of Apple Honey chairs. The entire set was faithfully collected over years and restored after detailed research into the original finishes, as such they show very few traces of use.