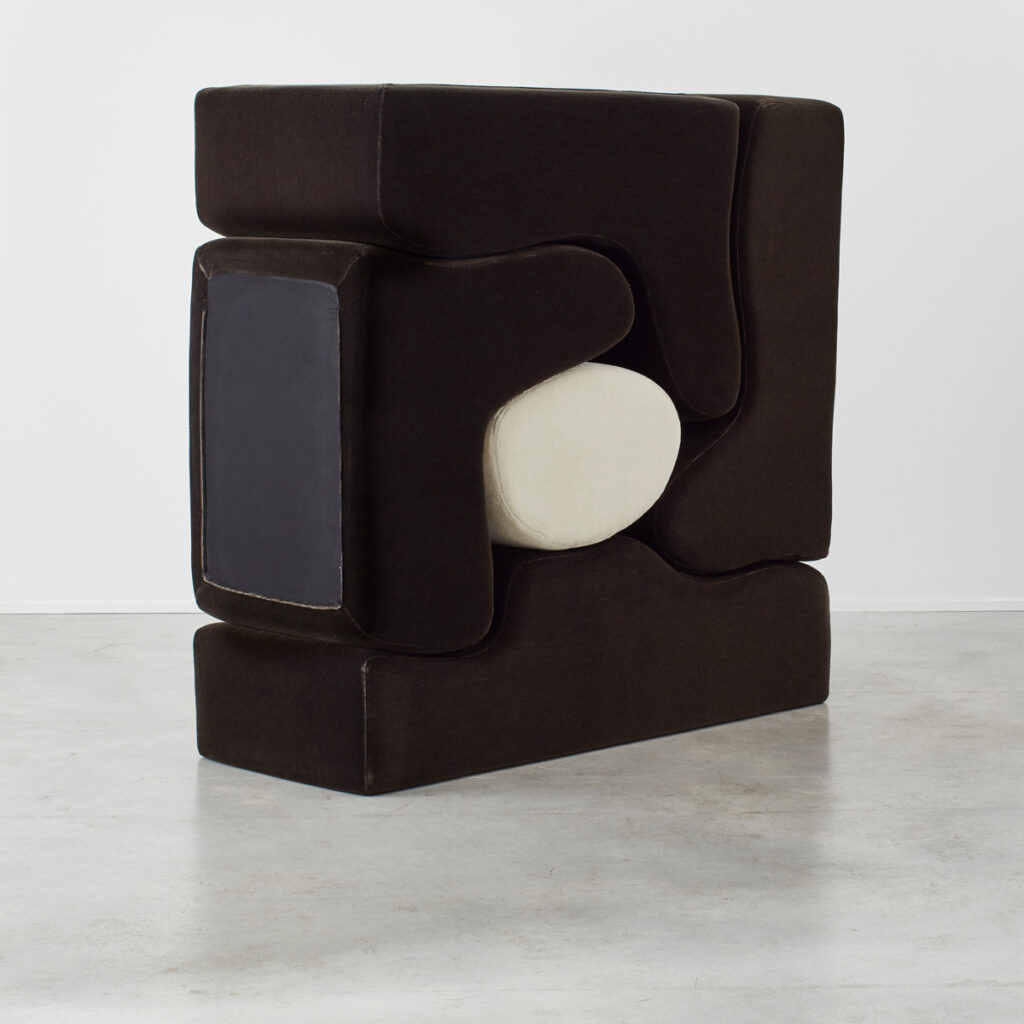 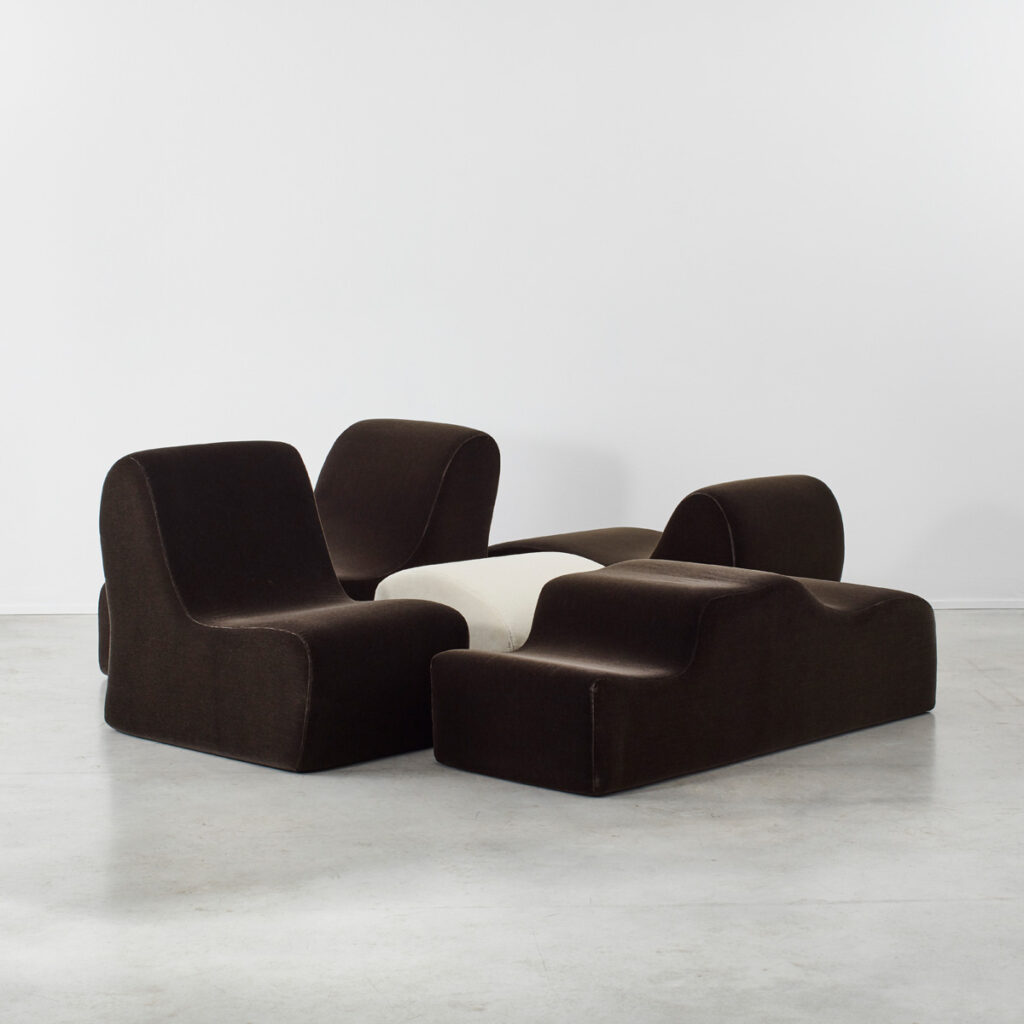 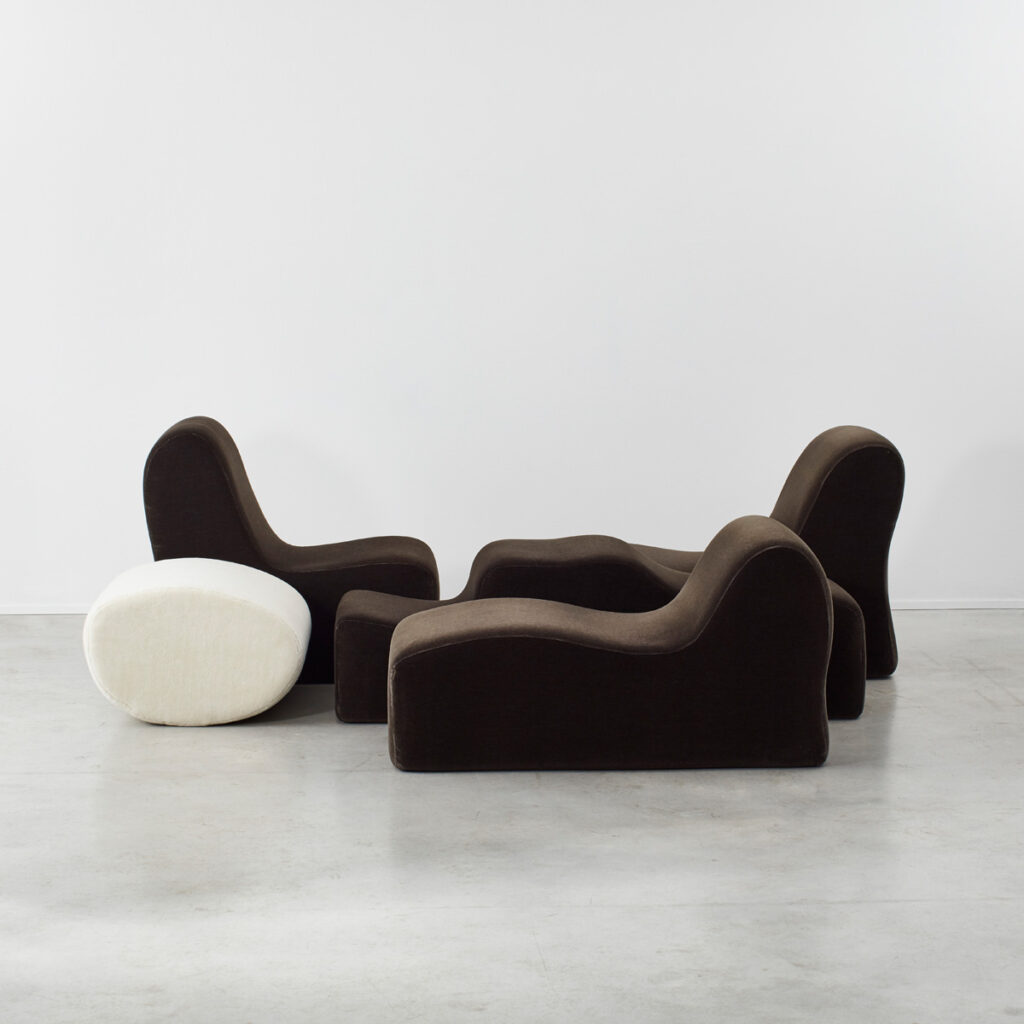 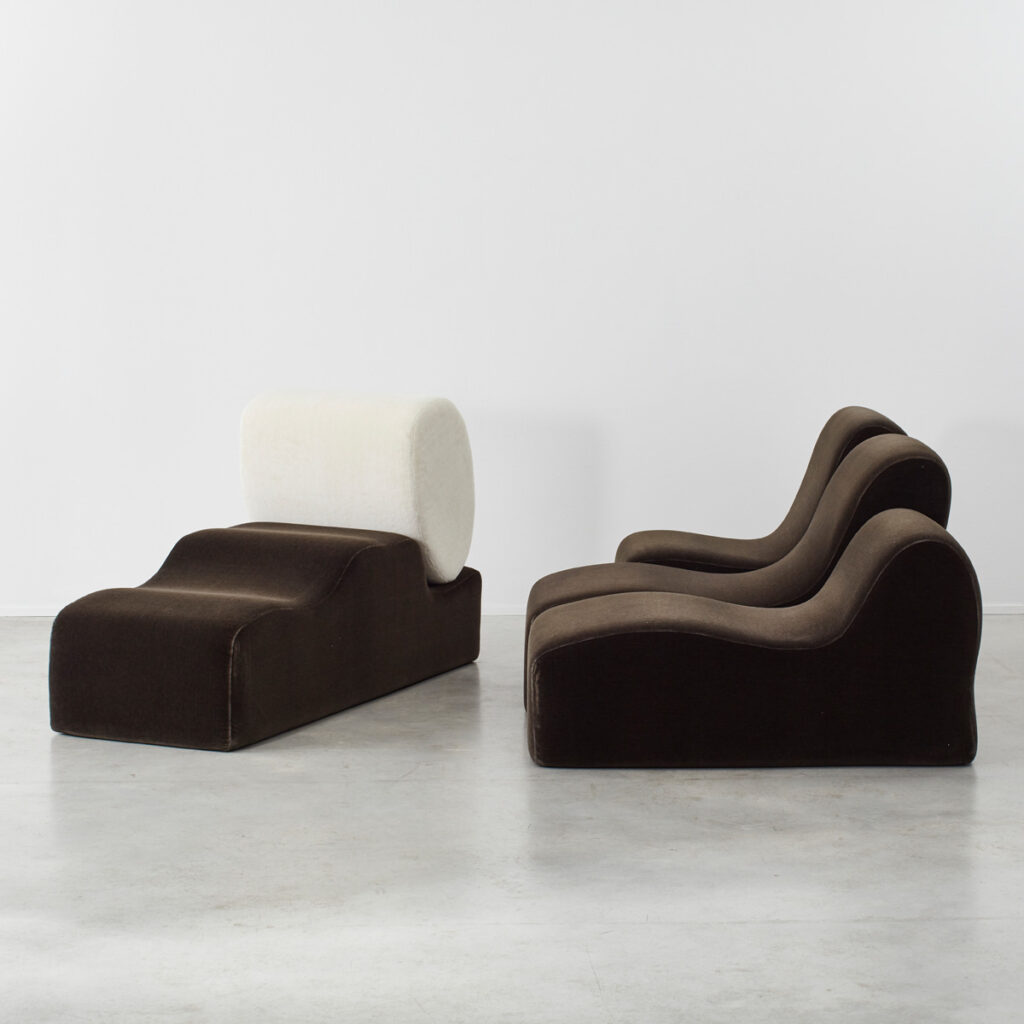 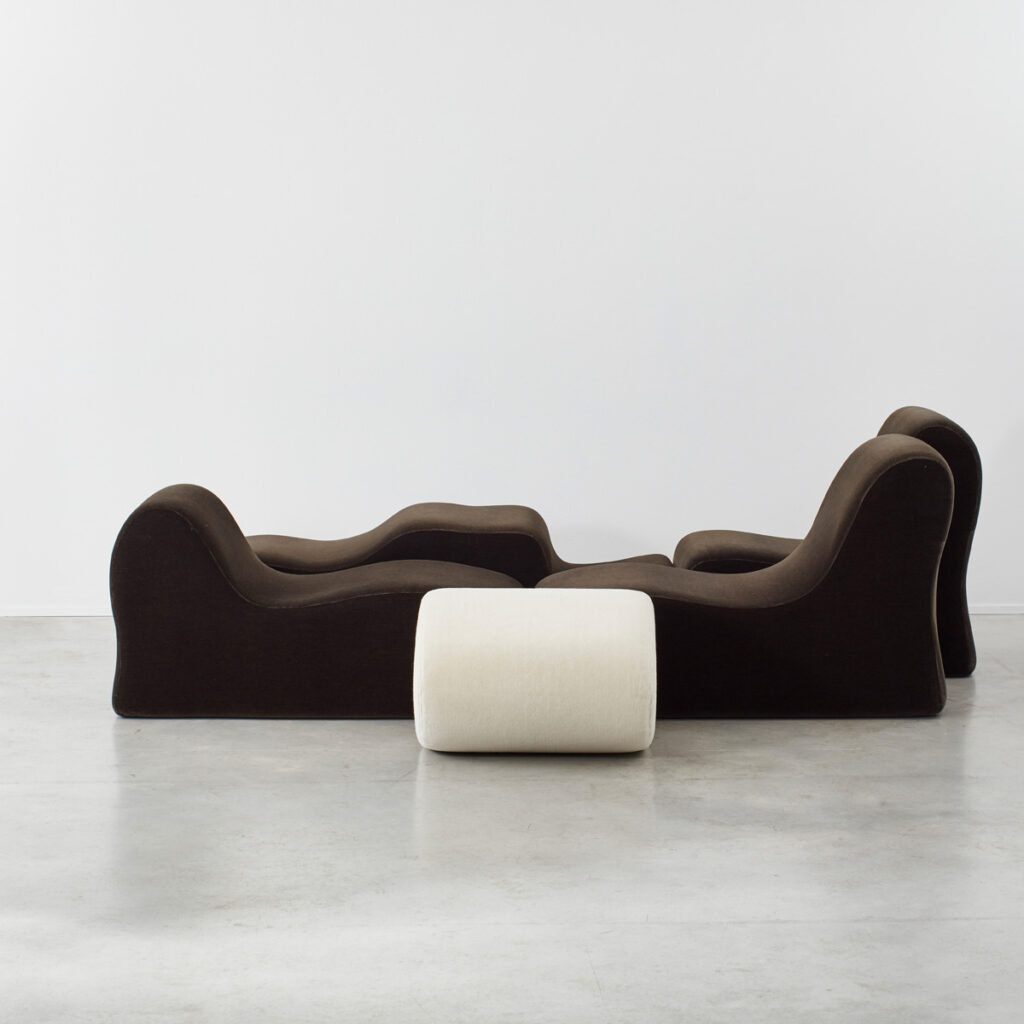 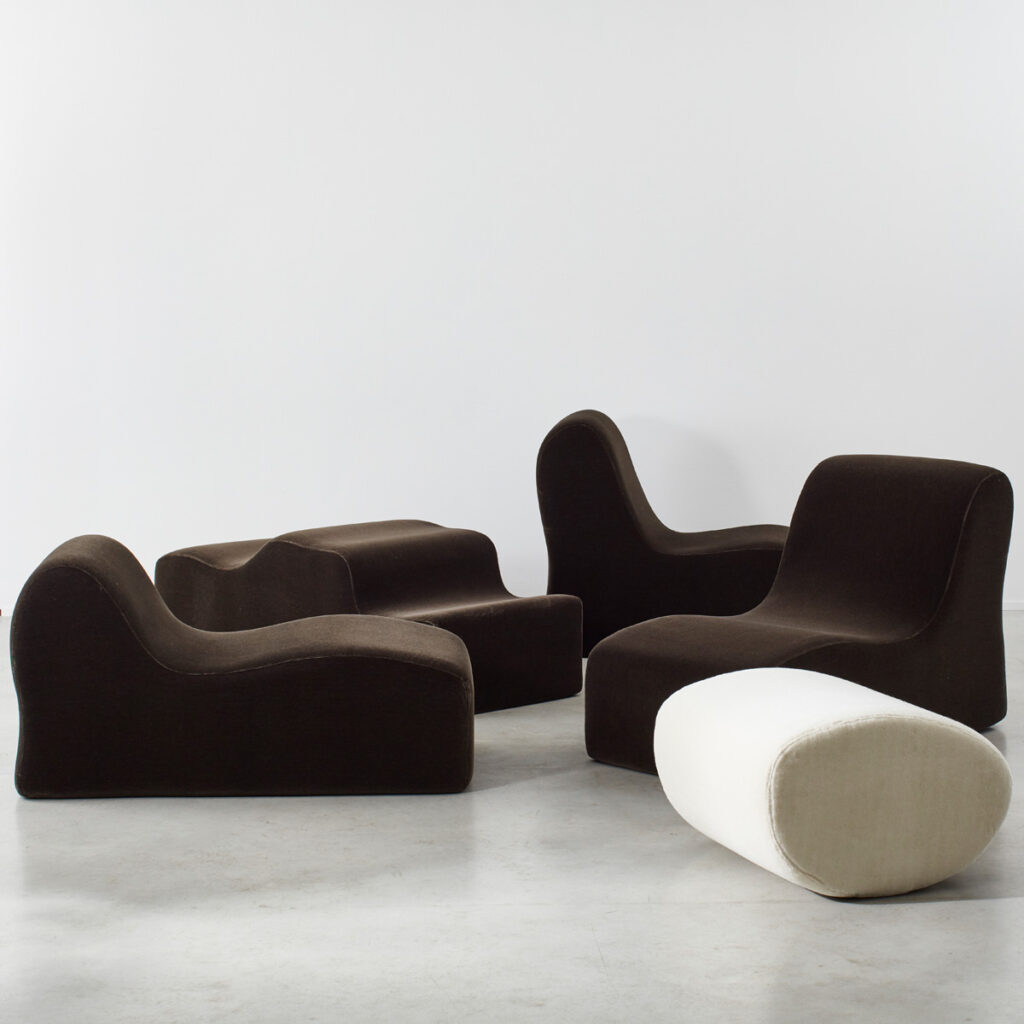 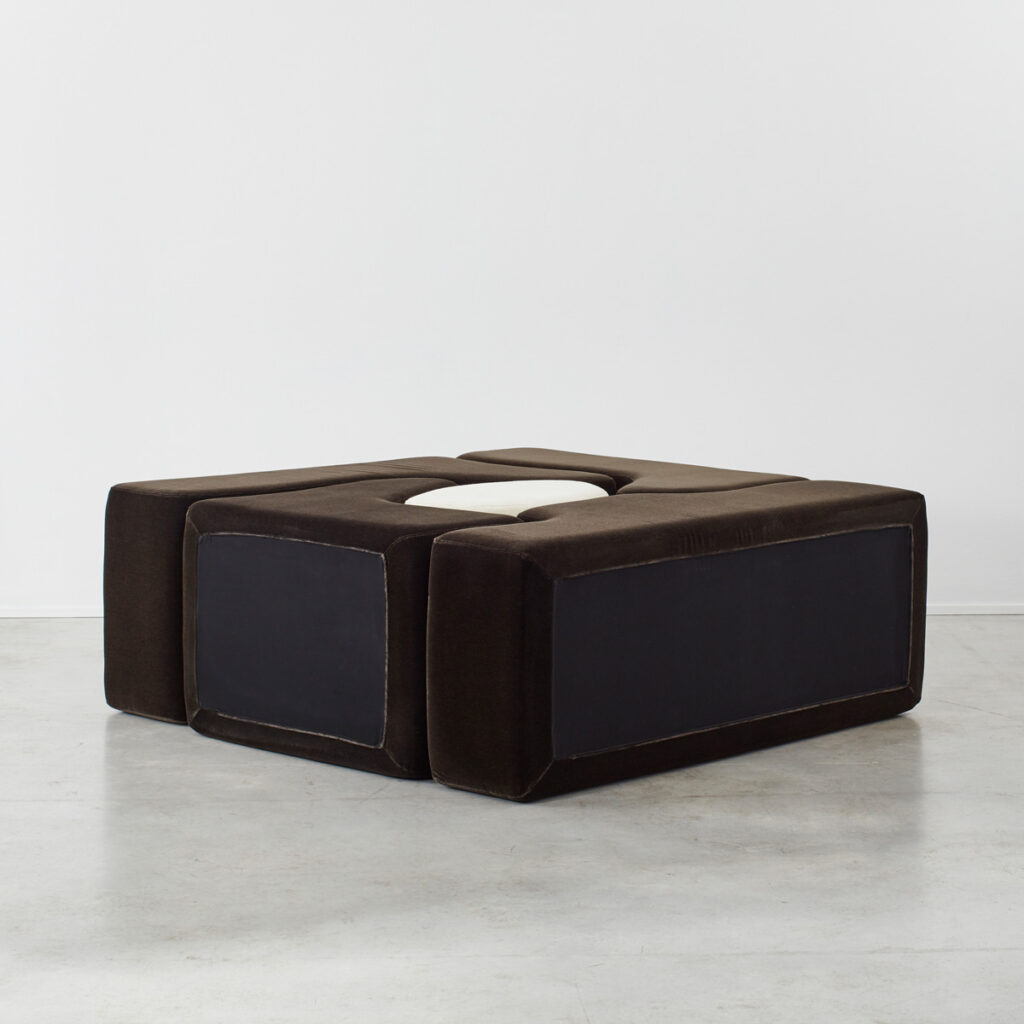 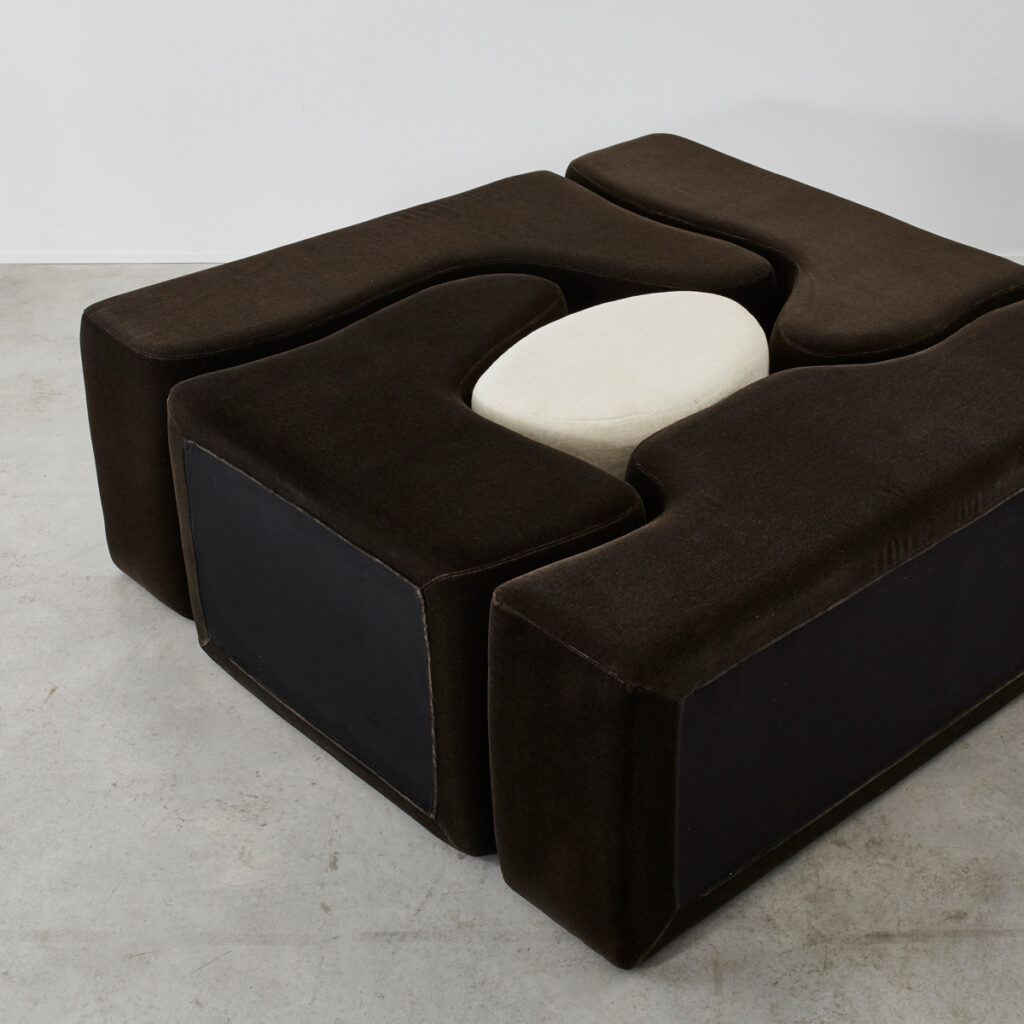 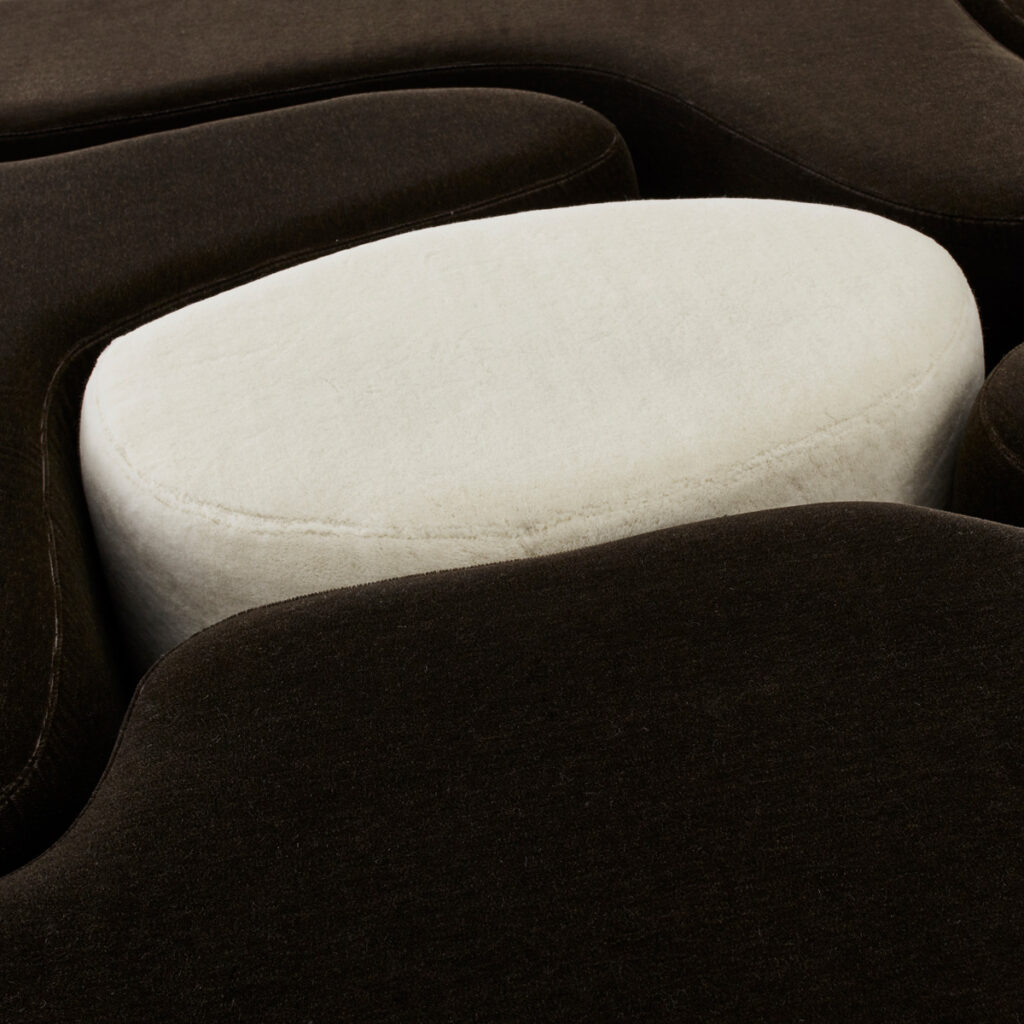 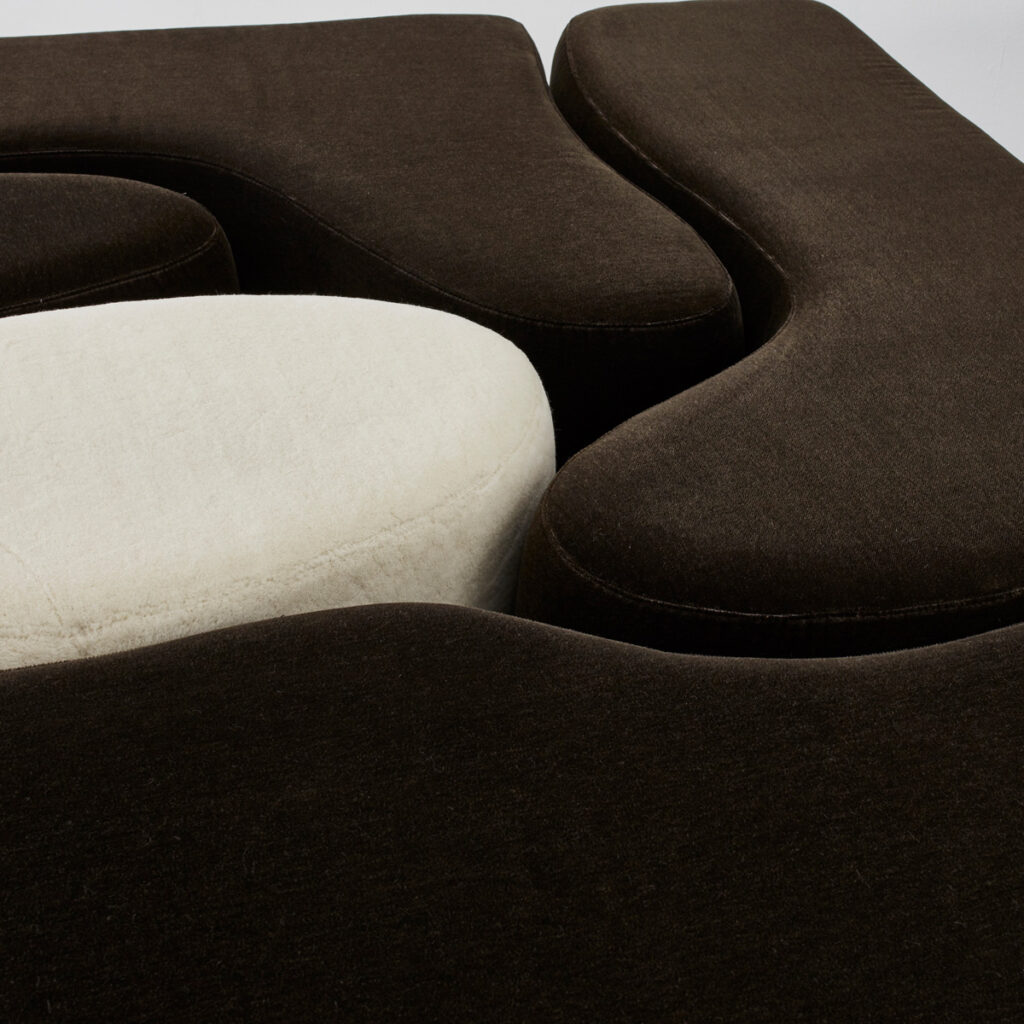 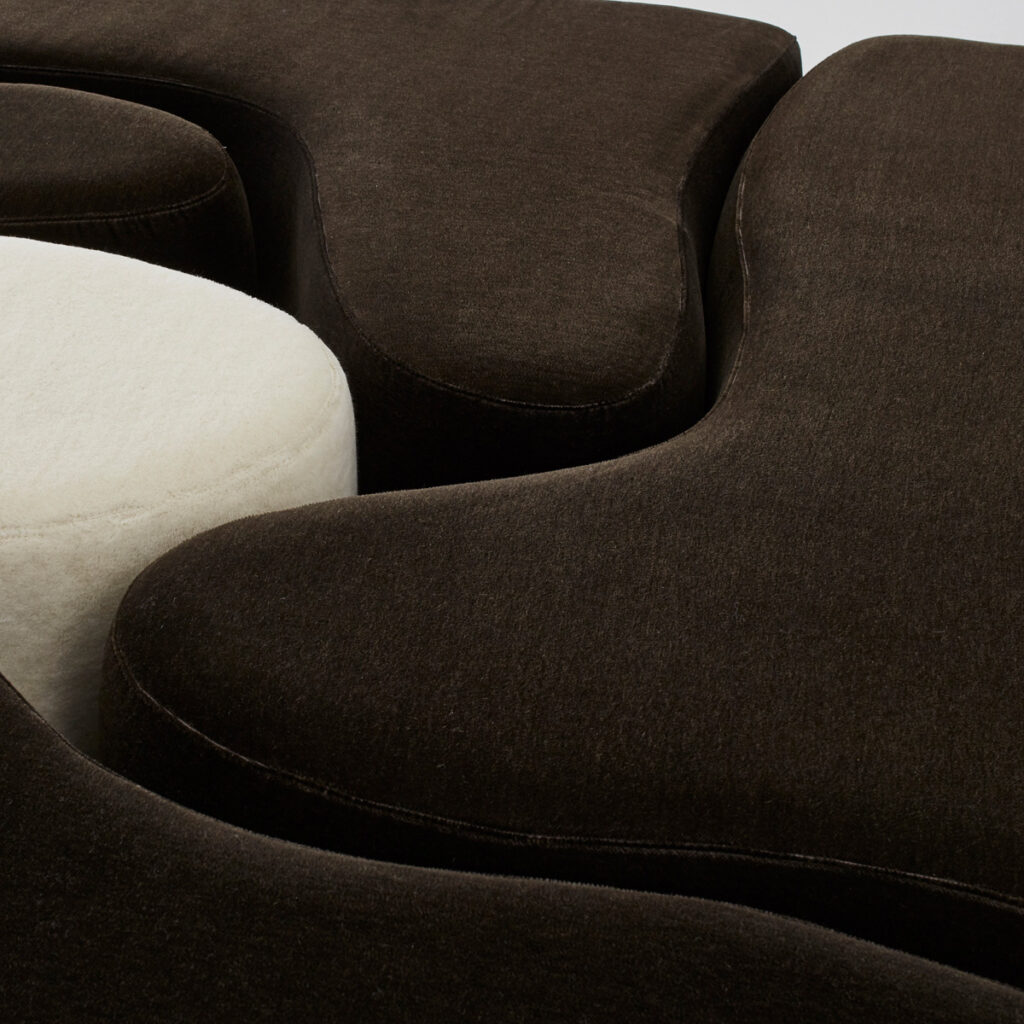 The witty and elegant Malitte is a sculptural assemblage of organic forms. It is a room divider, but its interlocking sculptural elements also become a set of furniture when deconstructed – a two-seater sofa, three seats and a footrest. Our set has been reupholstered in mohair and alpaca velvets.

Roberto Matta (1911-2002) graduated as an architect from Santiago de Chile in 1935, but became embroiled with the Surrealist movement in Europe and practised as a painter from the late 1930s onwards. The Malitte sofa, named after his wife, Malitte Pope, combines Matta’s structural architectural training and his fluid, artistic instincts. It is included in the permanent collection of MoMA (the Museum of Modern Art) in New York City. Literature: P. Fiell, 1000 chairs, Cologne 1997, p. 456.