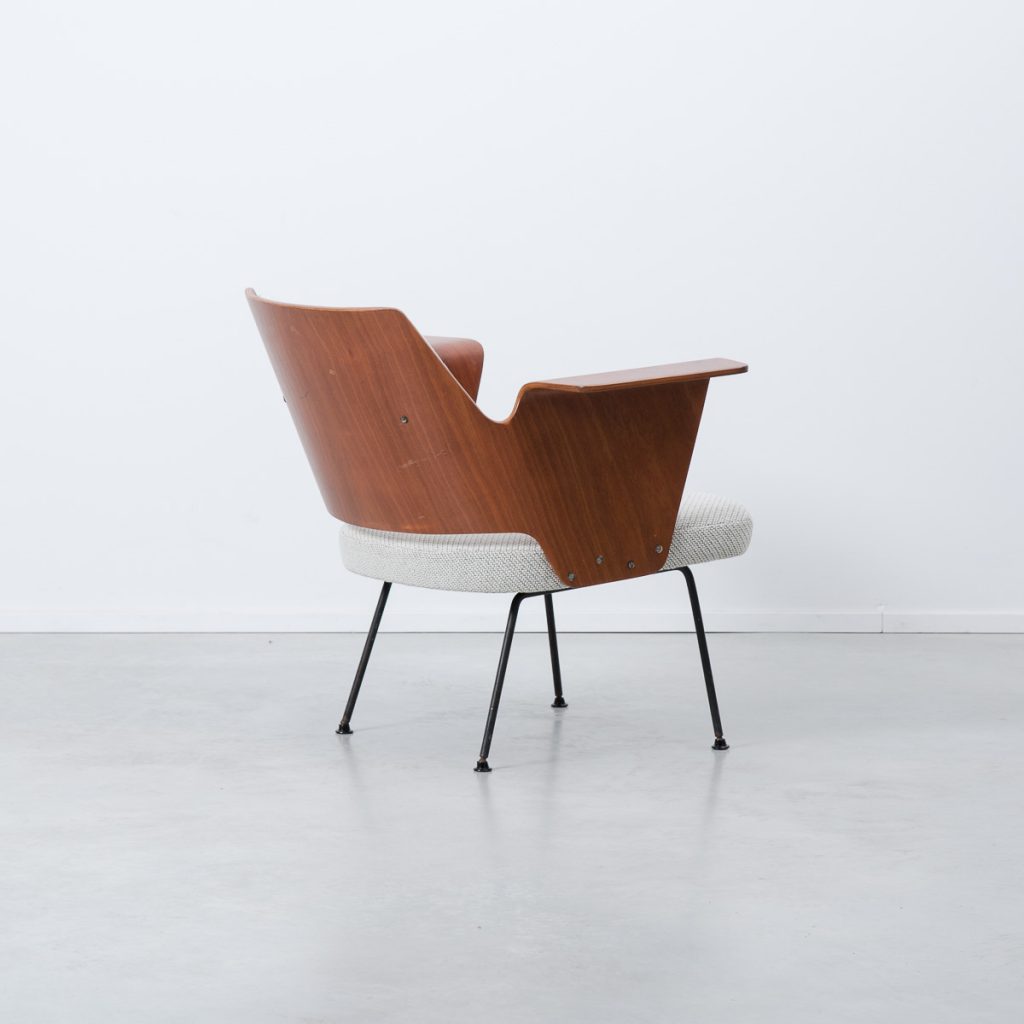 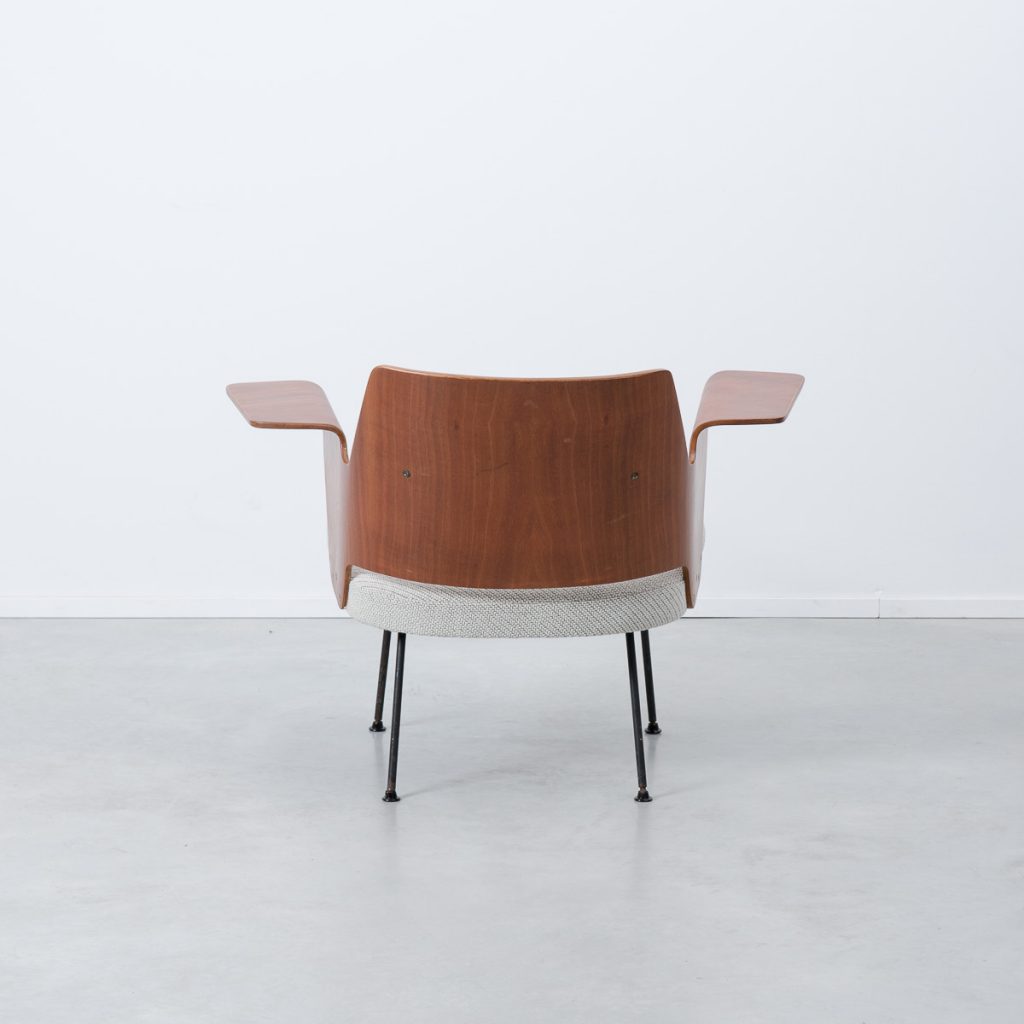 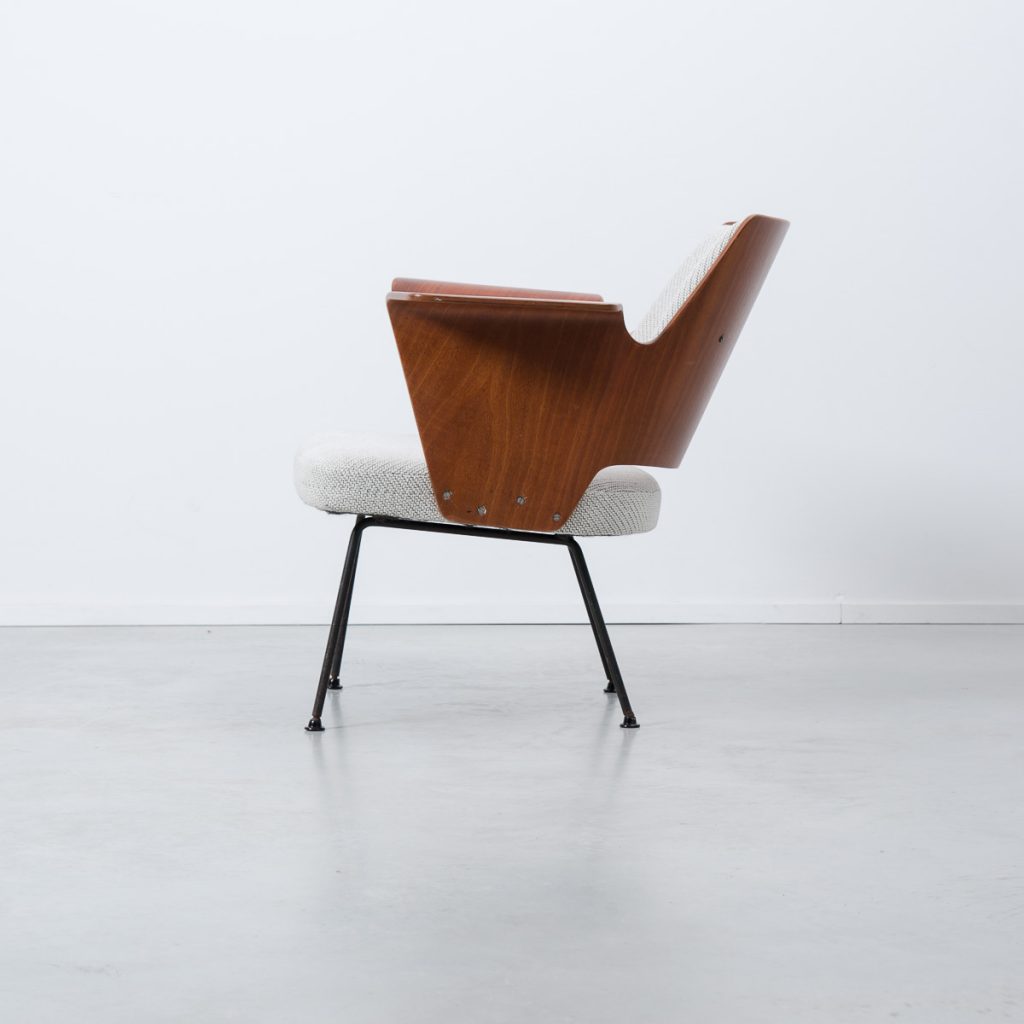 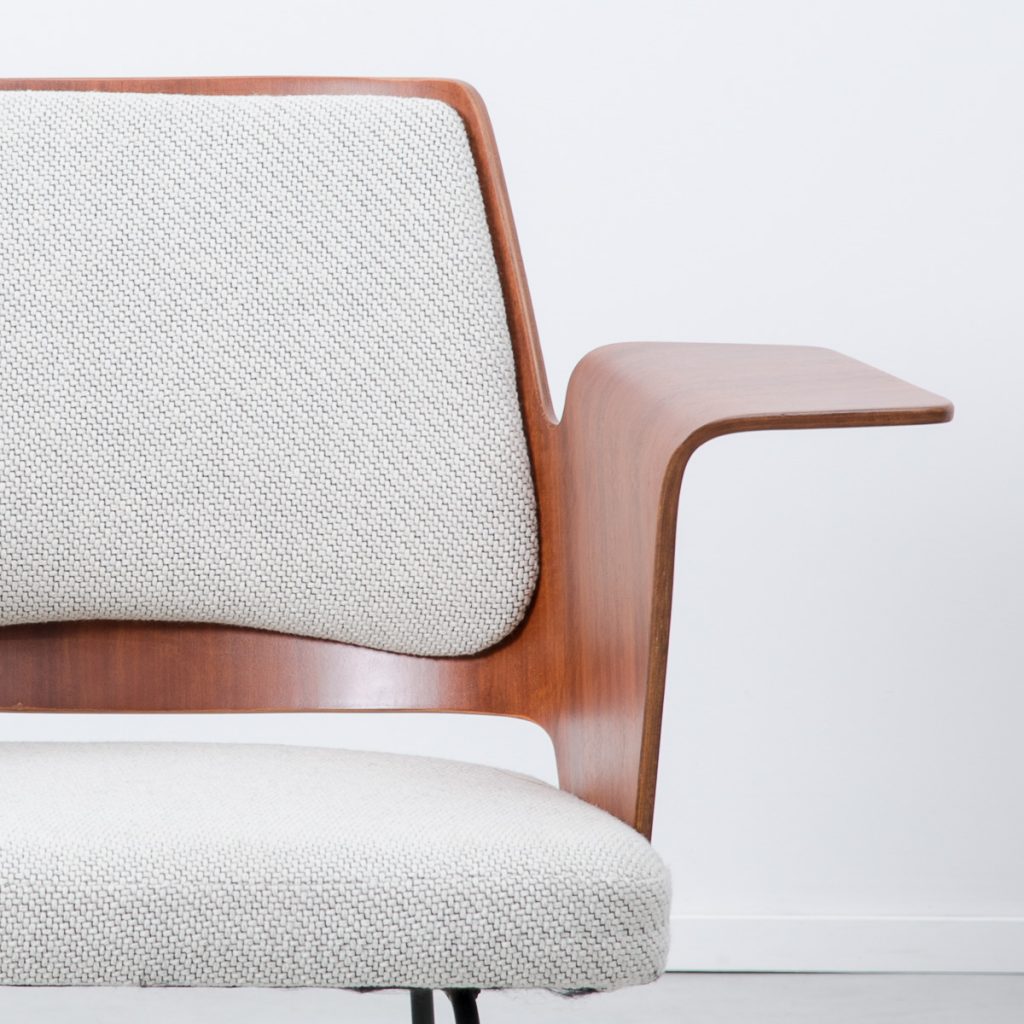 Robin Day was an iconic British industrial designer, best known for his injection-moulded polypropylene stacking chairs – more than 20 million of which have been manufactured – and his later collaboration with Habitat. He rose to prominence in 1951 when he came up with the seating for the Festival of Britain.

This model 700 lounge chair, was a development of a lounge chair he designed for the Royal Festival Hall. Made from moulded plywood with walnut veneer interior and sycamore exterior, it is extremely rare – produced to replace the 658 Festival Hall chair that was not proving structurally hard wearing enough for commercial use. It’s organic form owes itself to Day’s innovative use of new resin adhesive called urea formaldehyde, which made plywood sheeting so strong it could be moulded in more than one direction to form the wing-like arms. Completely restored and  reupholstered in a hardy wool called Coda by Kvadrat.