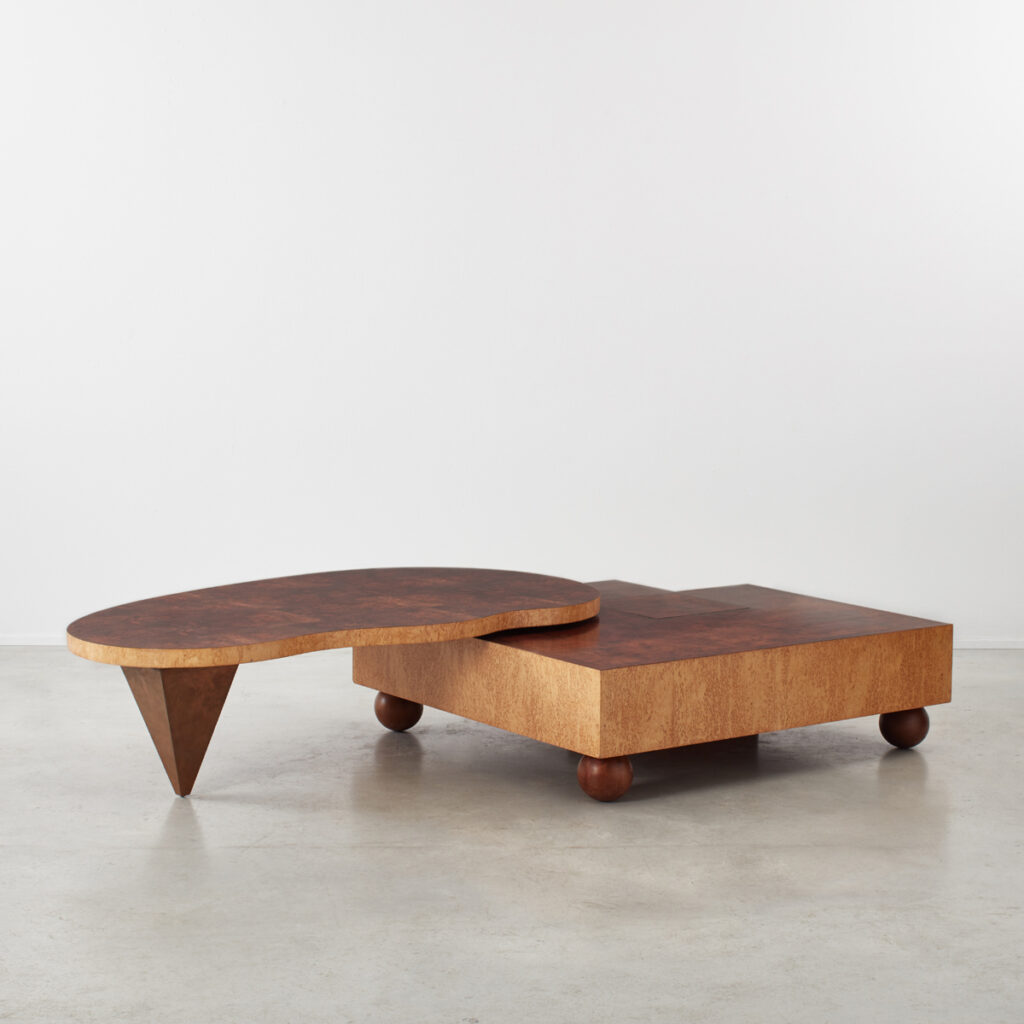 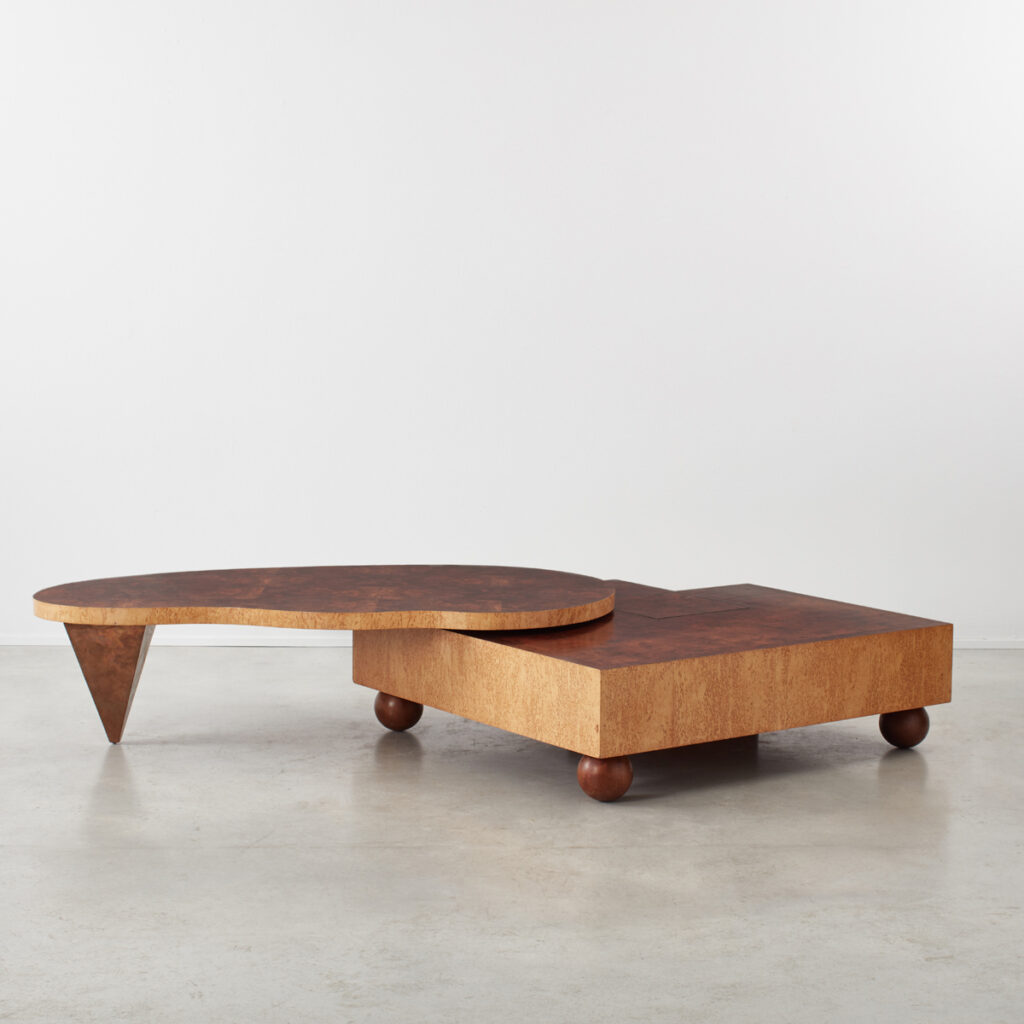 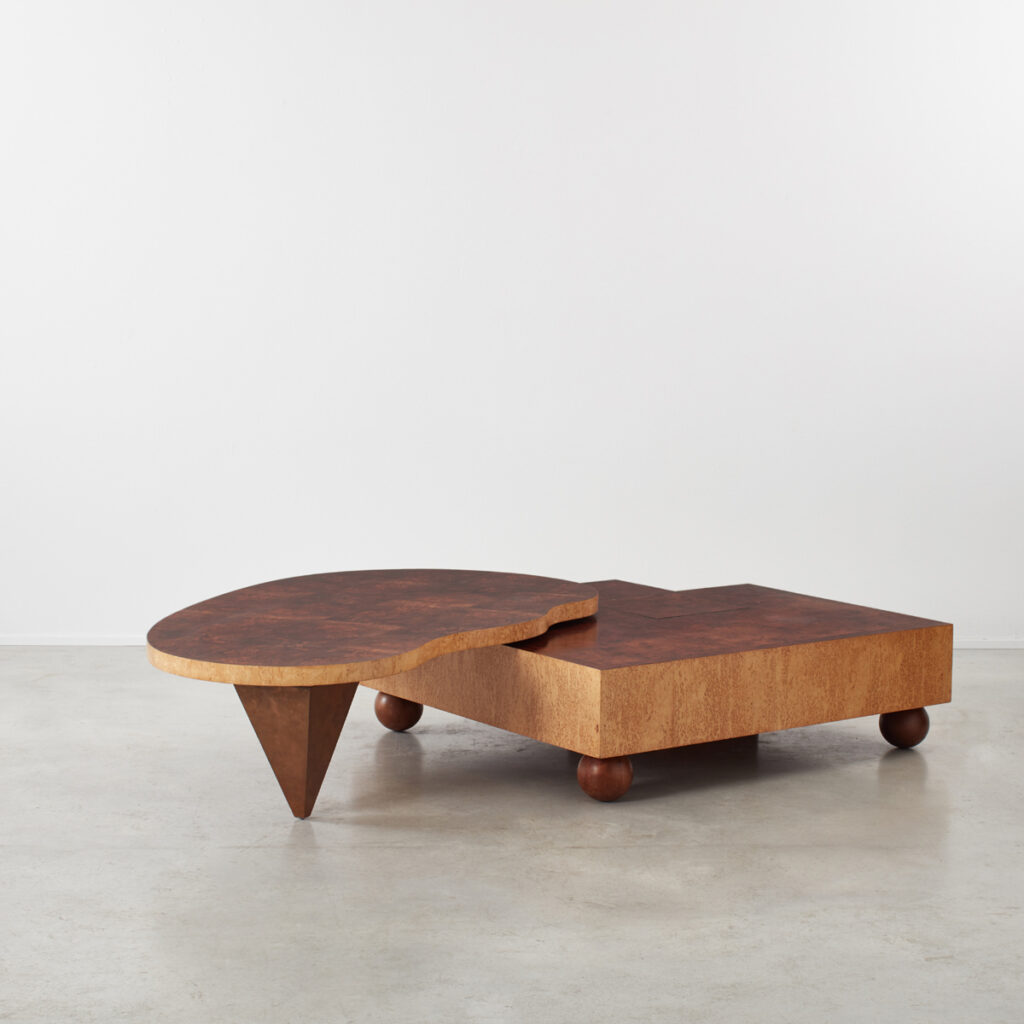 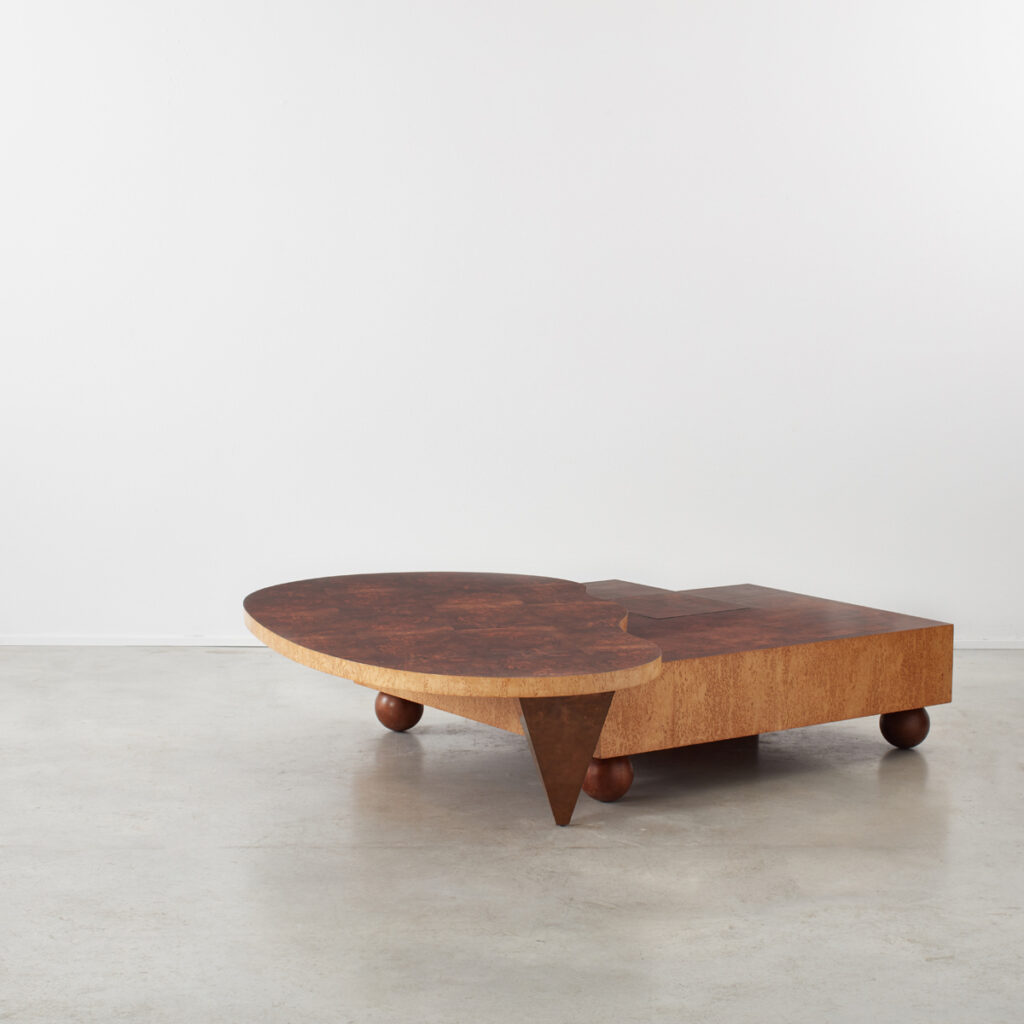 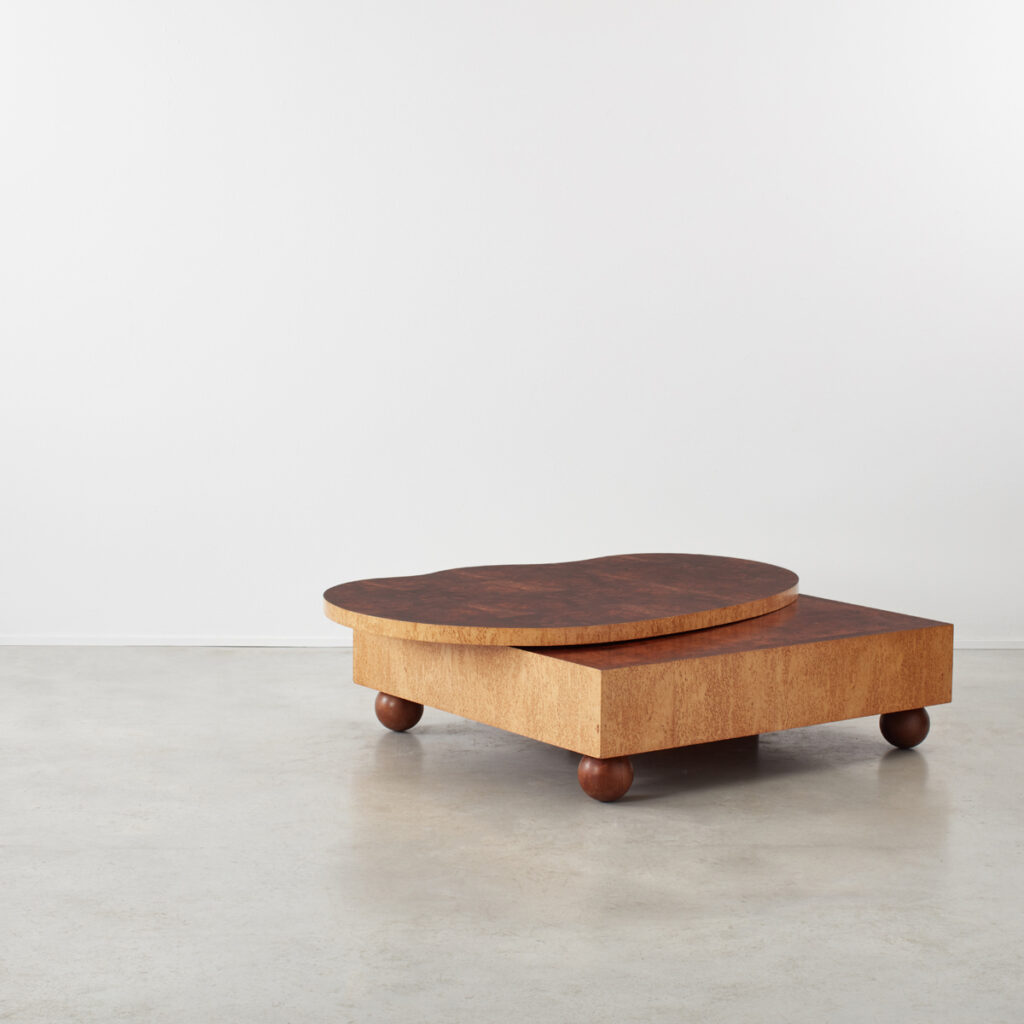 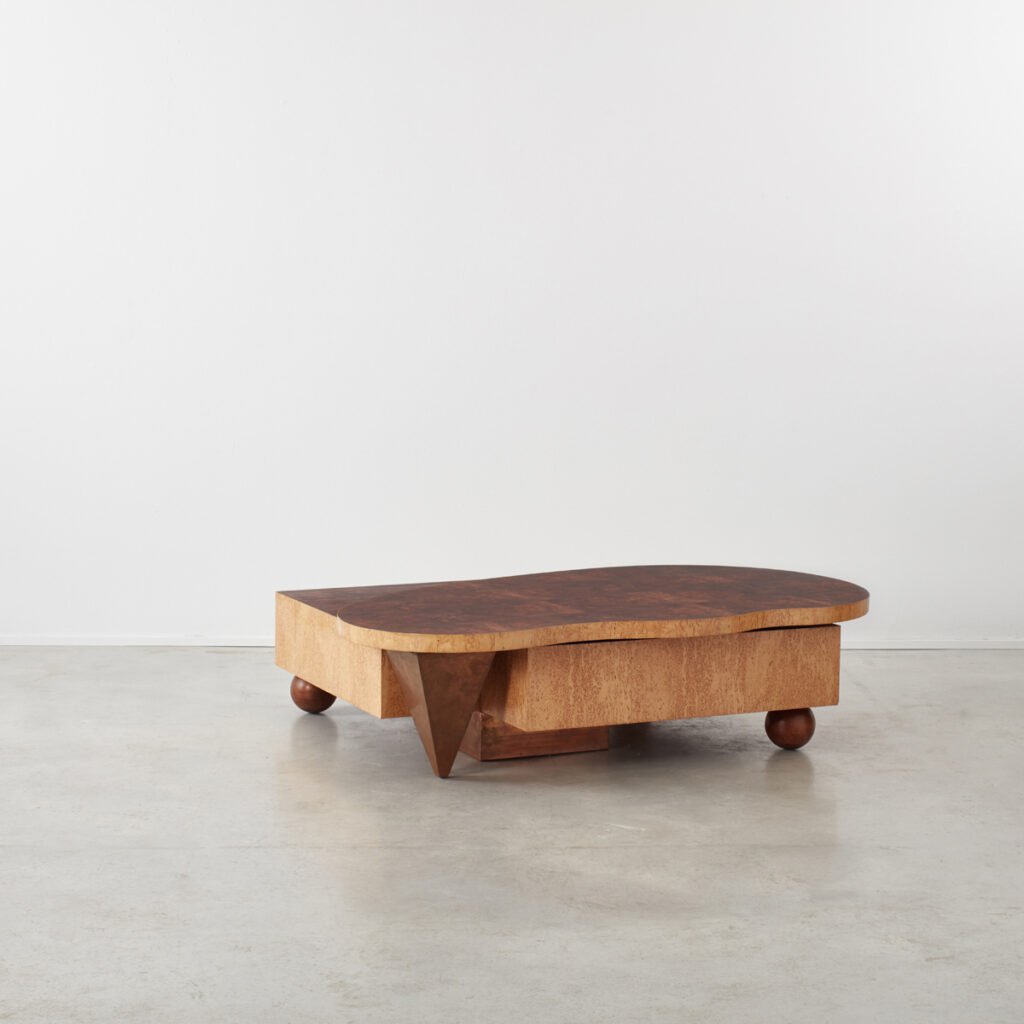 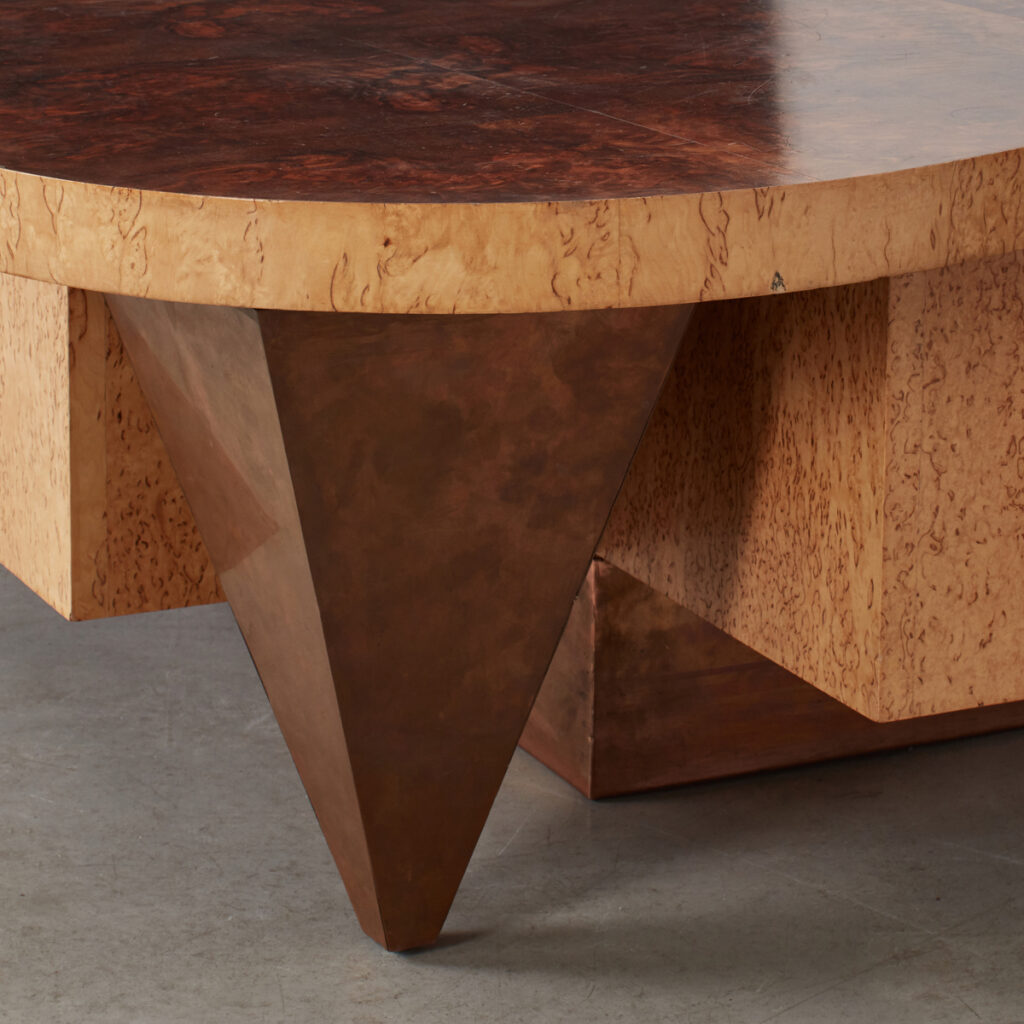 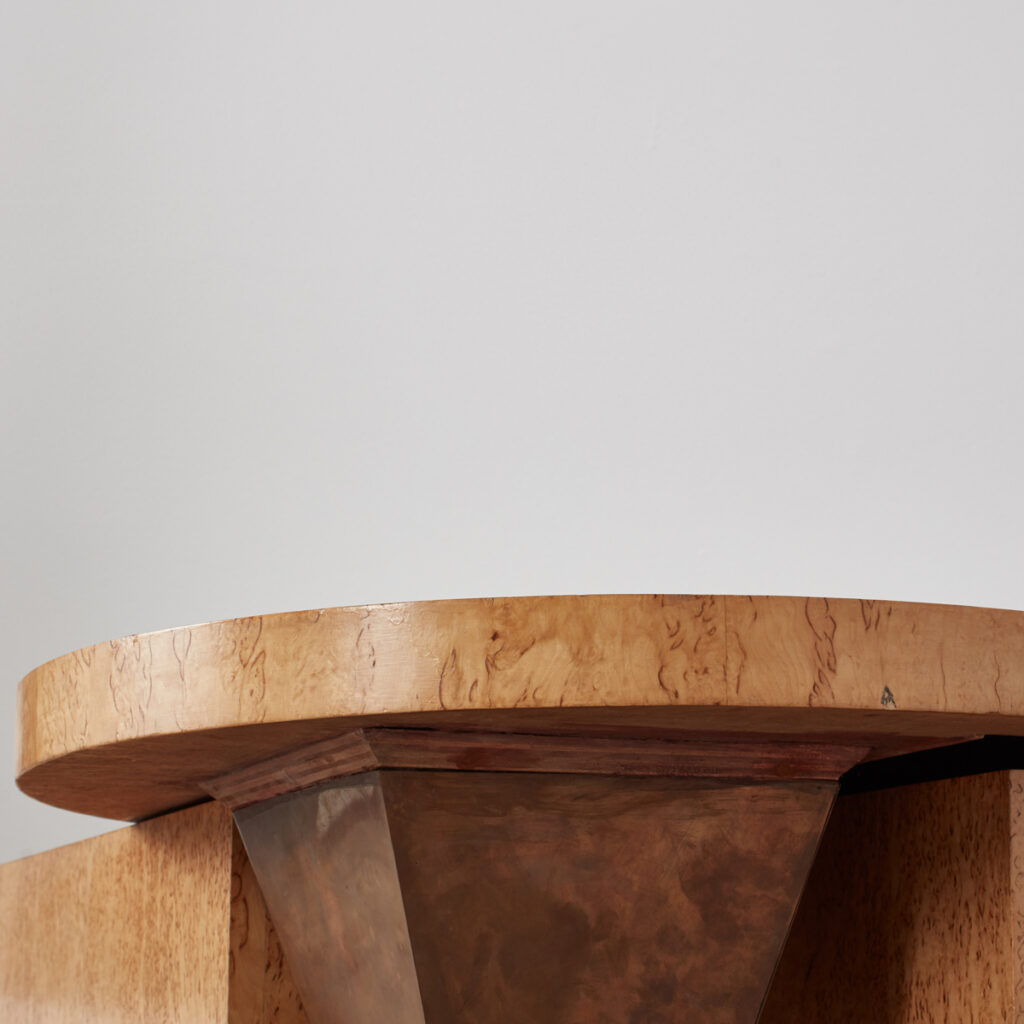 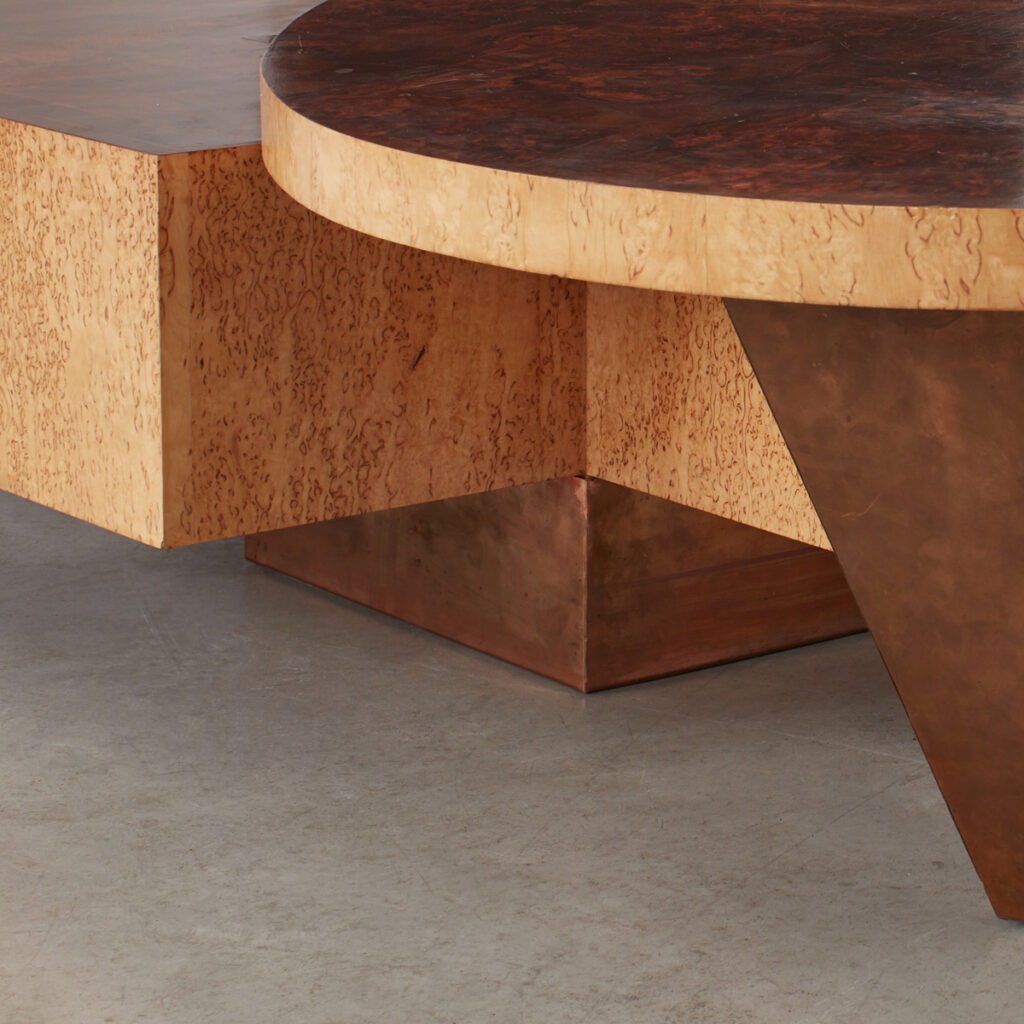 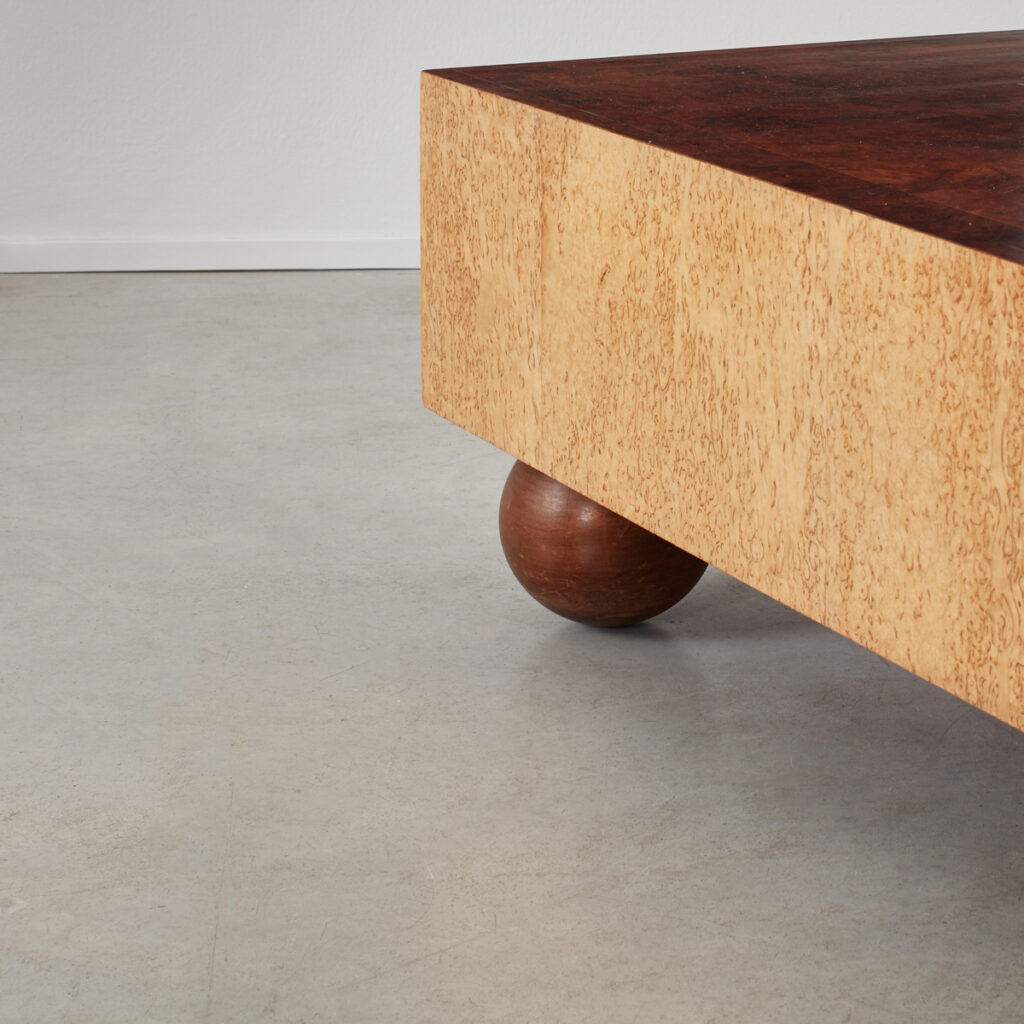 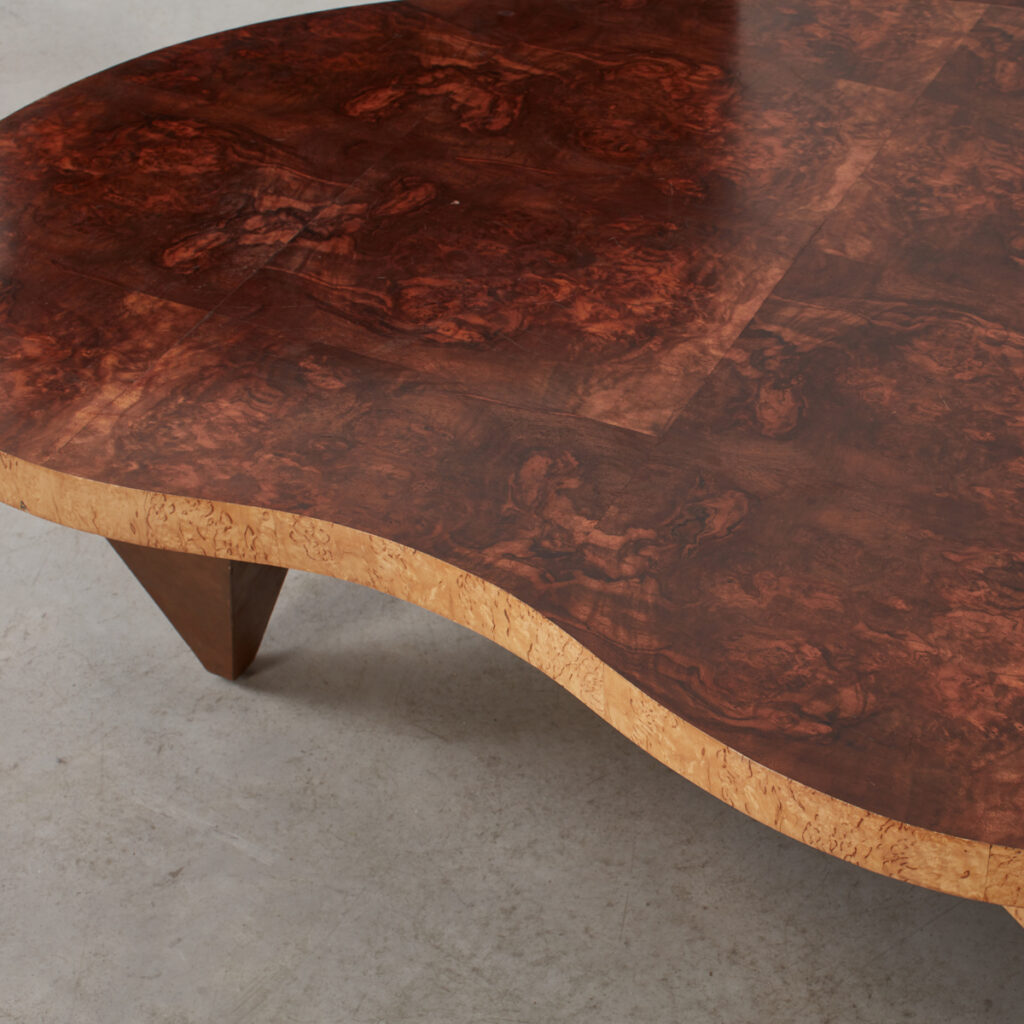 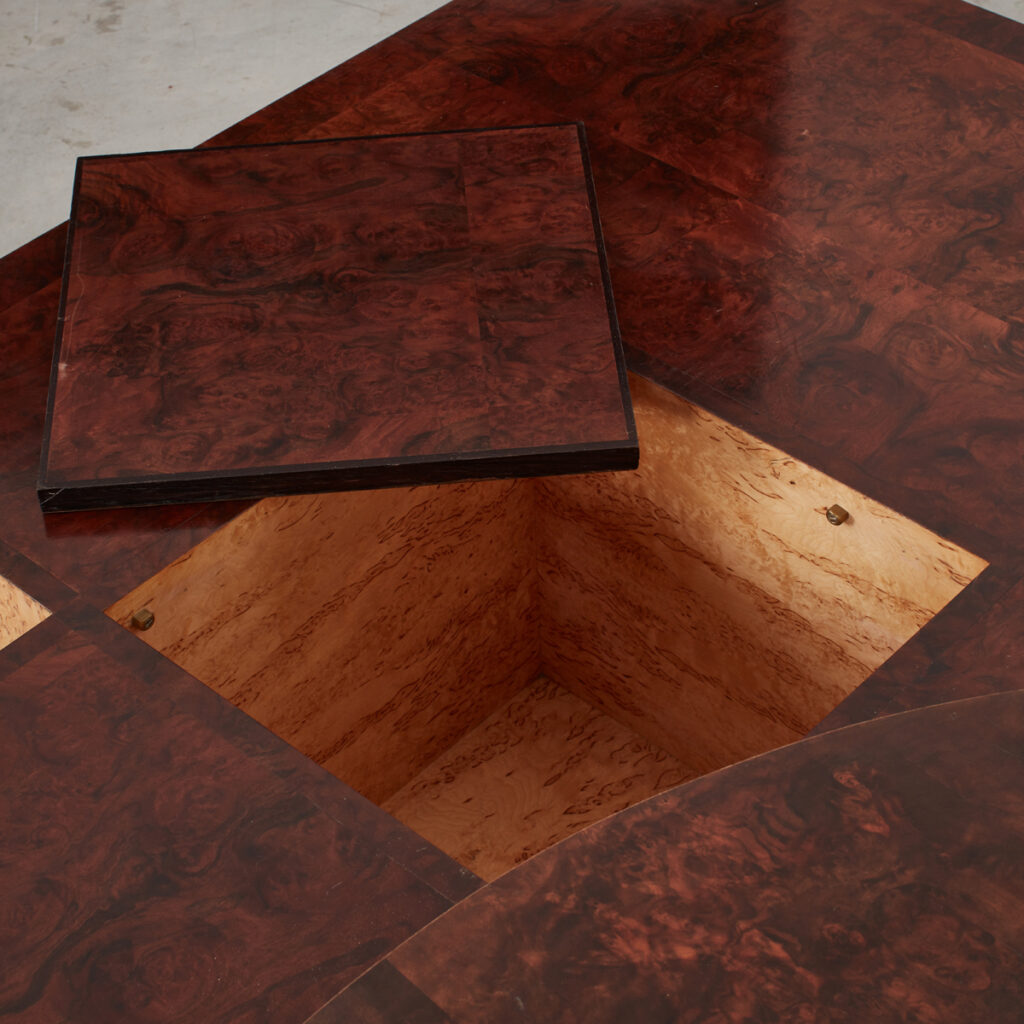 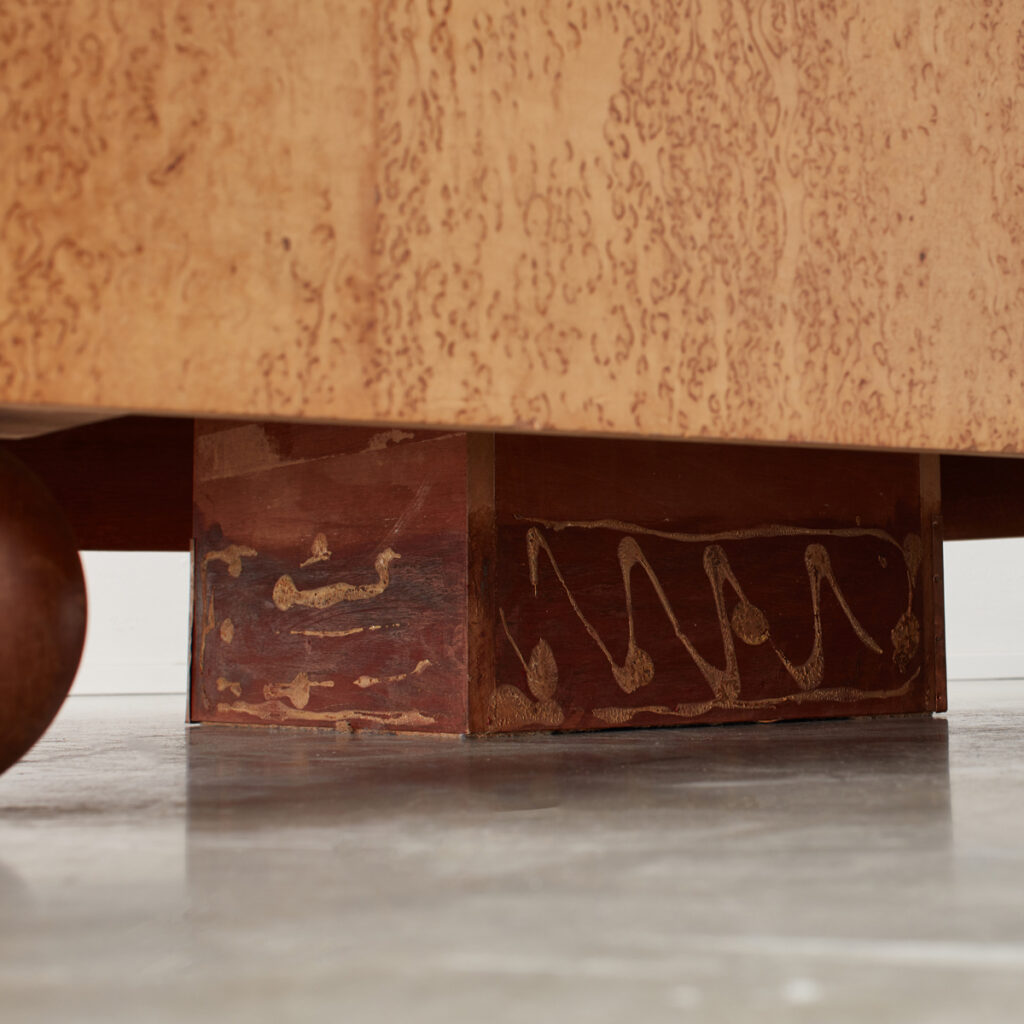 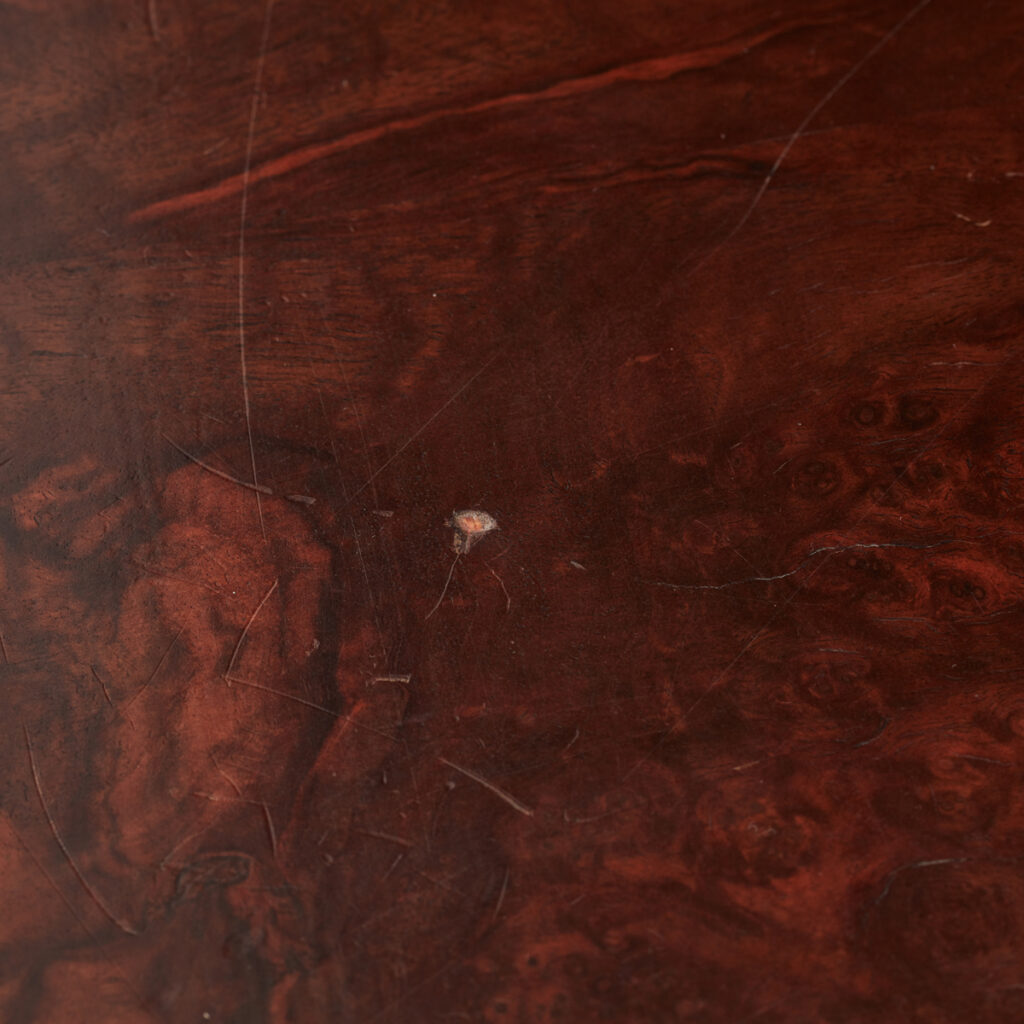 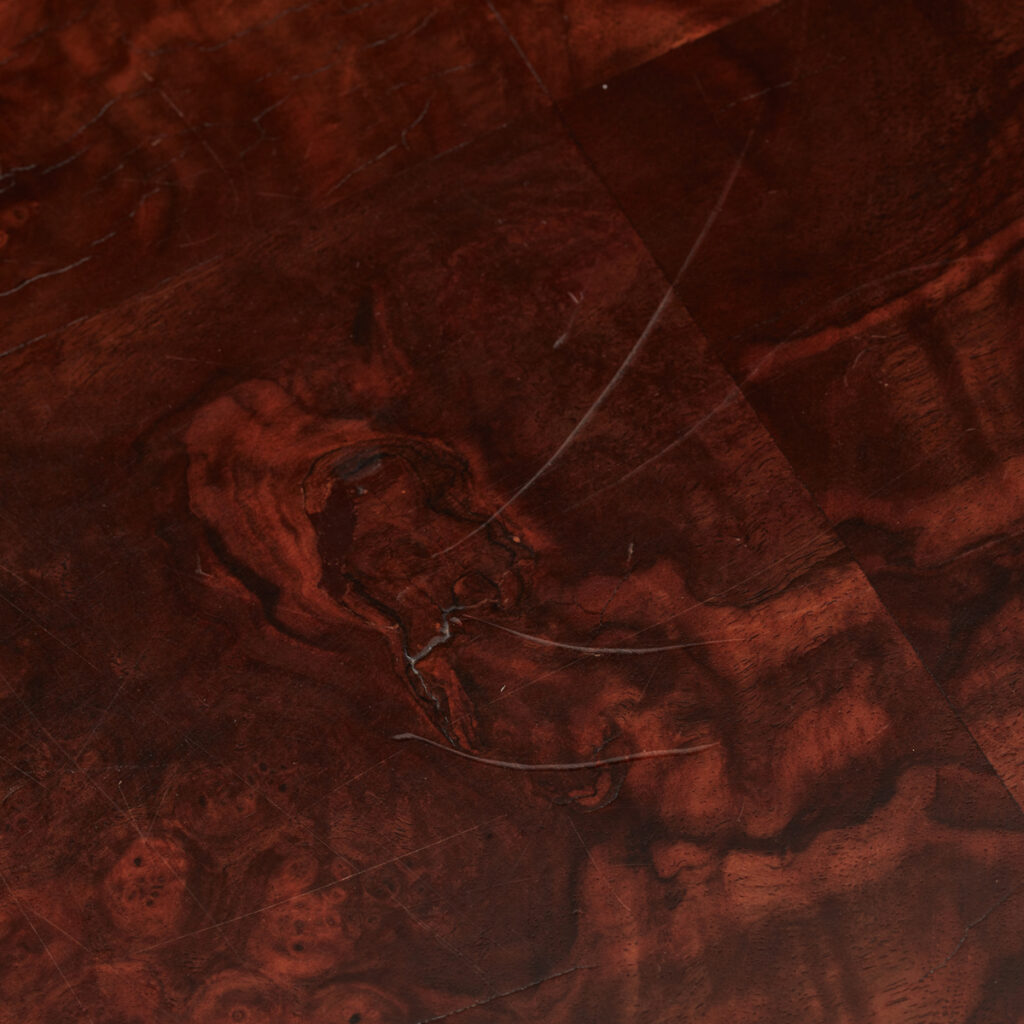 Artist-designer Pucci De Rossi (1947 – 2013) was a key figure of the European art scene in the 1980s, training under the American sculptor H.B. Walker. His early works used fragments of furniture found in the flea markets of Verona, cutting them up and reusing them to make imaginative pieces for his apartment “somewhere between thrones and time machines”. His output referenced Arte Povera and the neo-baroque of Memphis Milano but with an eccentricity that defied classification.

This large sculptural coffee table was a bespoke piece made by De Rossi in 1989. His signature and the client’s name is etched by hand in the metal underside. The table combines a beautiful mix of walnut and elm burr veneers with copper foil panels to the base. The key part of the design is the moving top that pivots around a concealed pin. This part moves freely across the floor with the help of a mounted ball hidden within the leg. Expand and contract the table as and when required. The table is in original condition with one side of the copper panel missing and minor scratches to the surface.