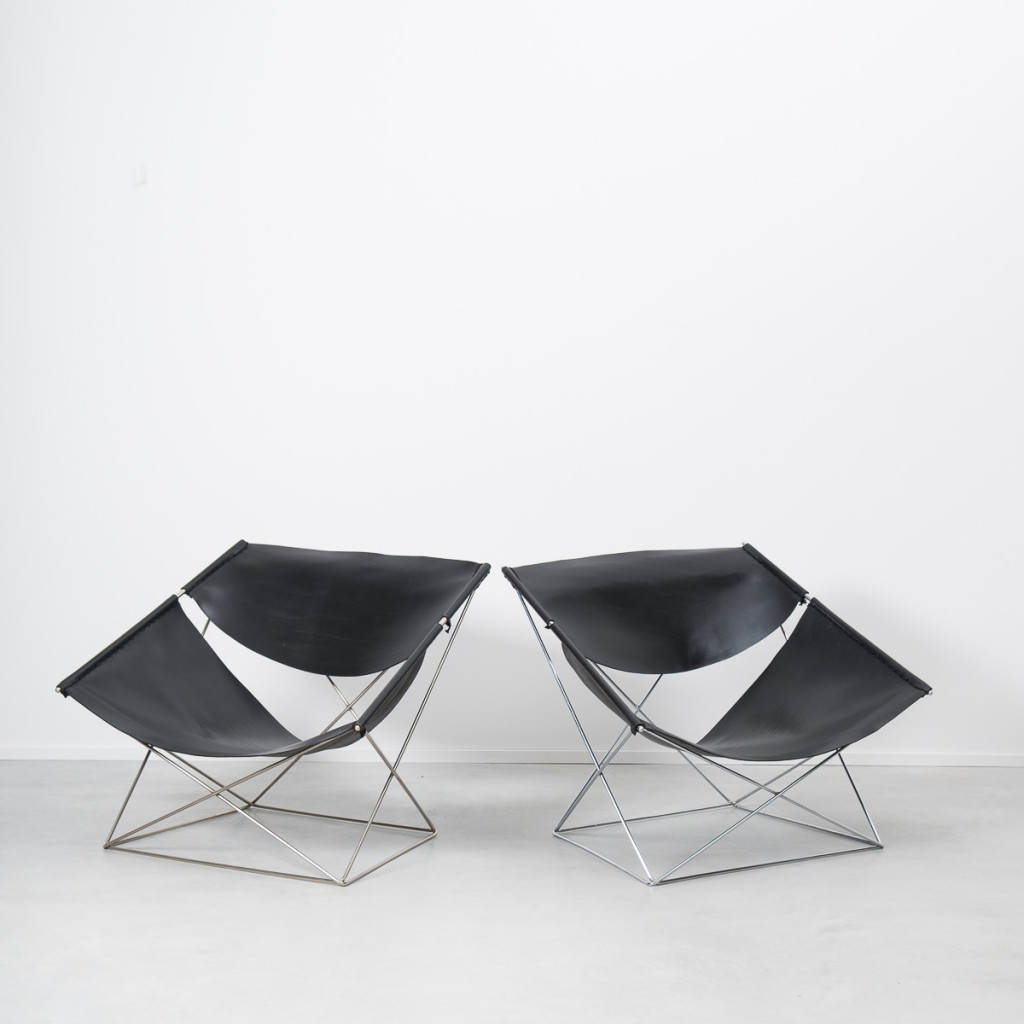 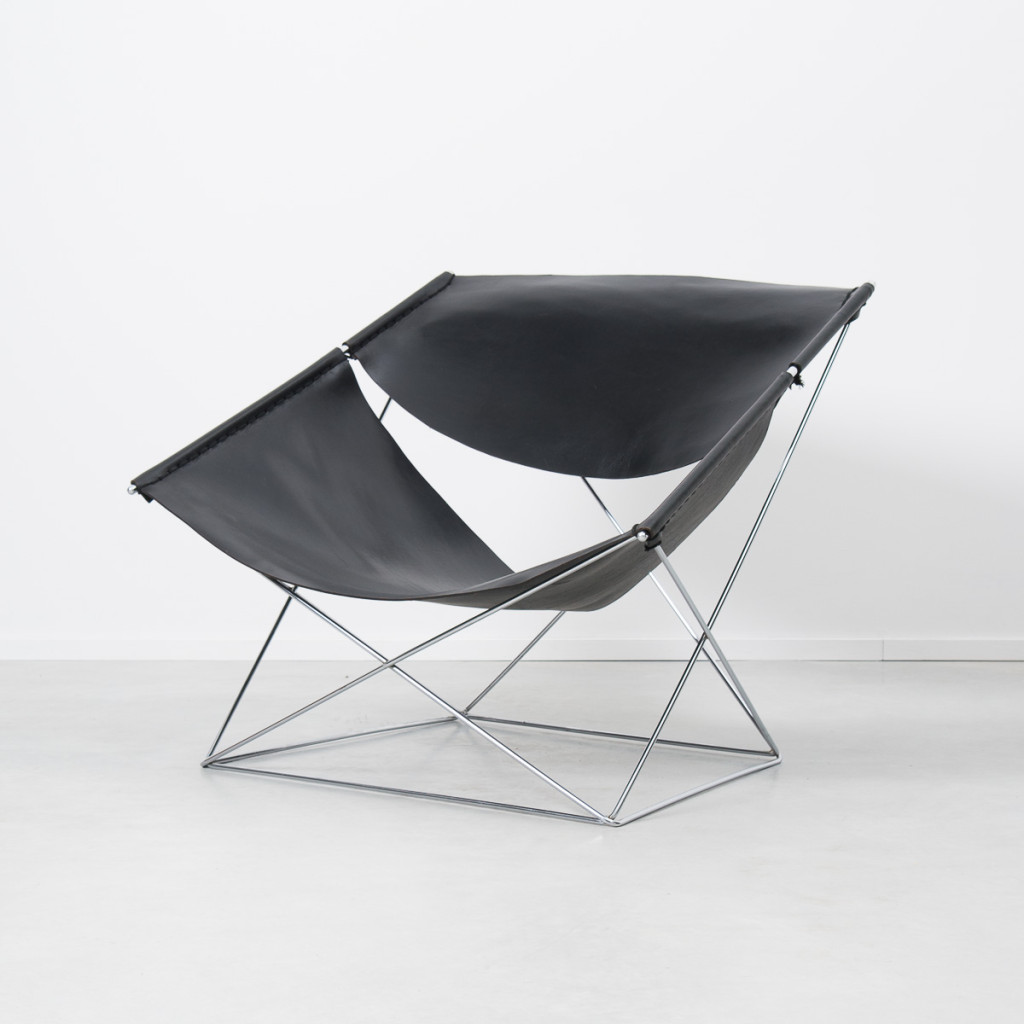 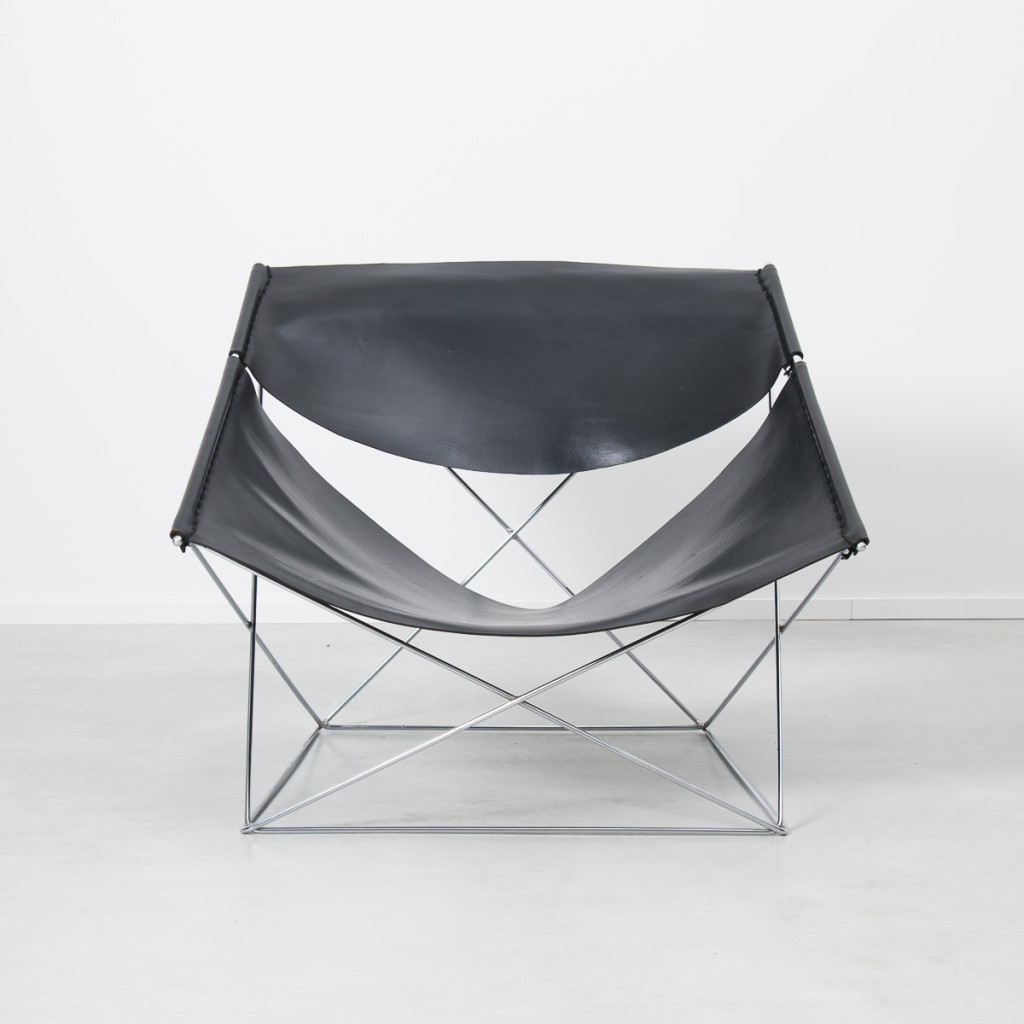 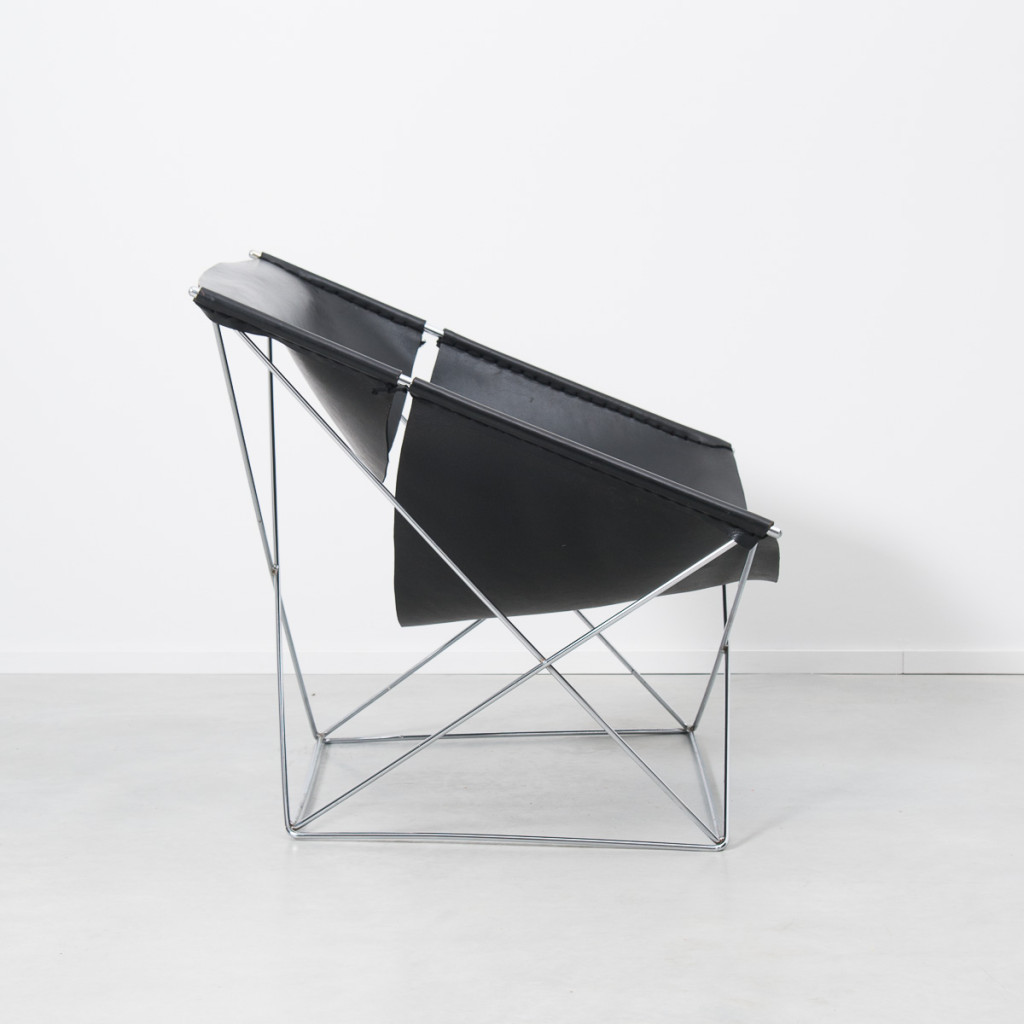 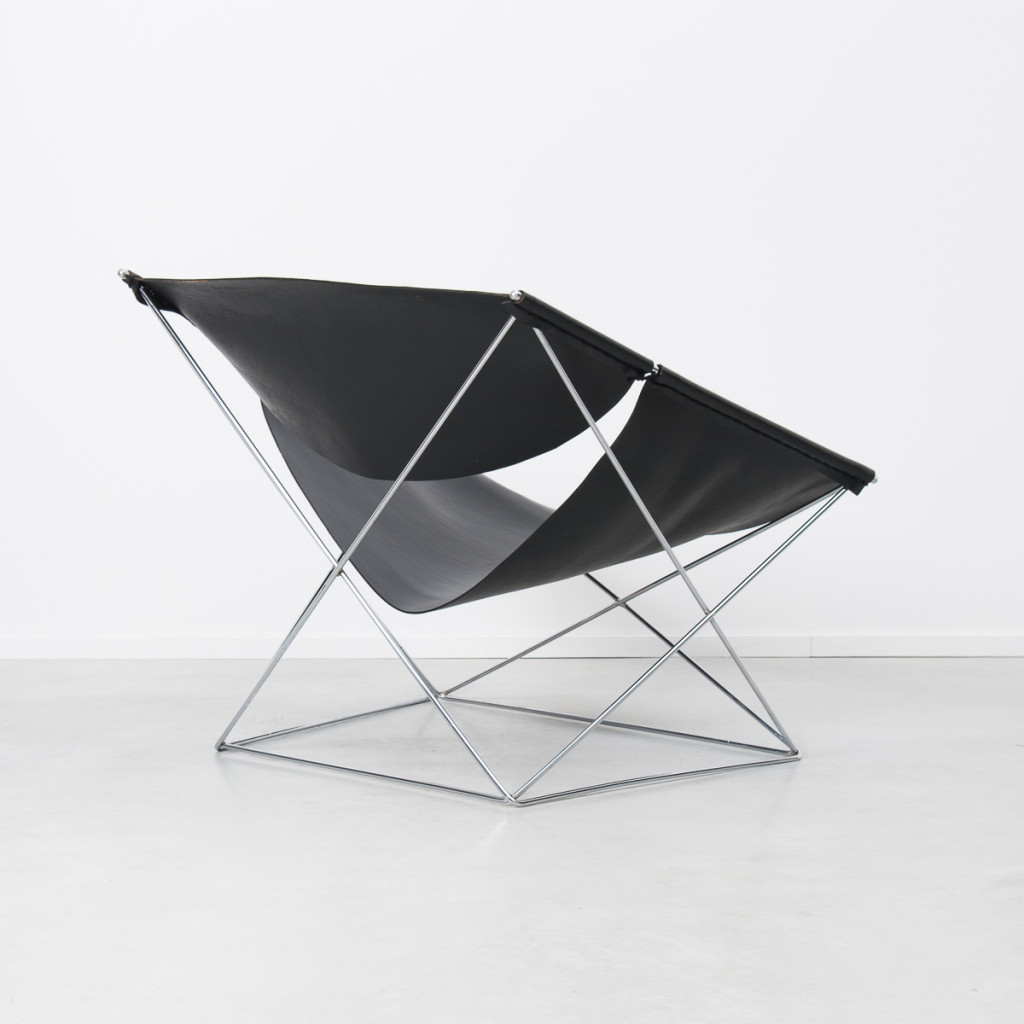 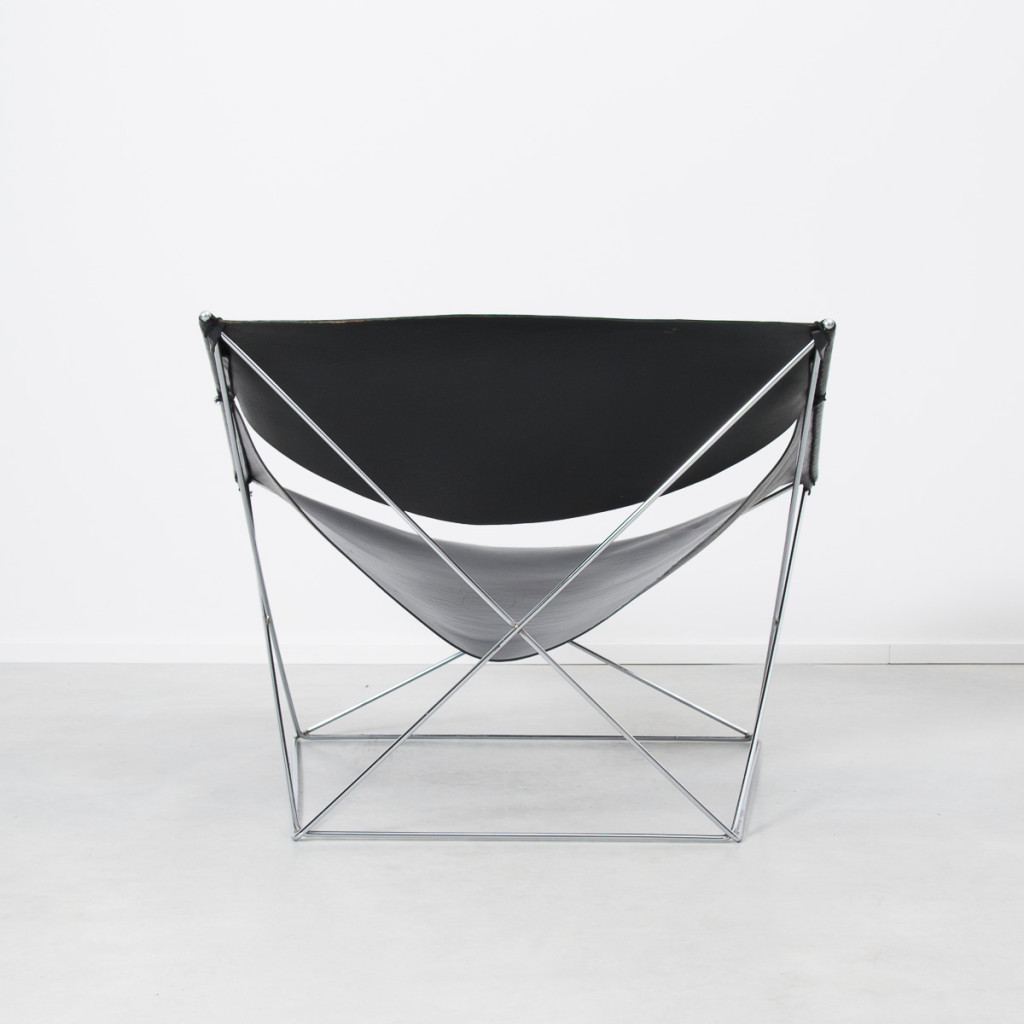 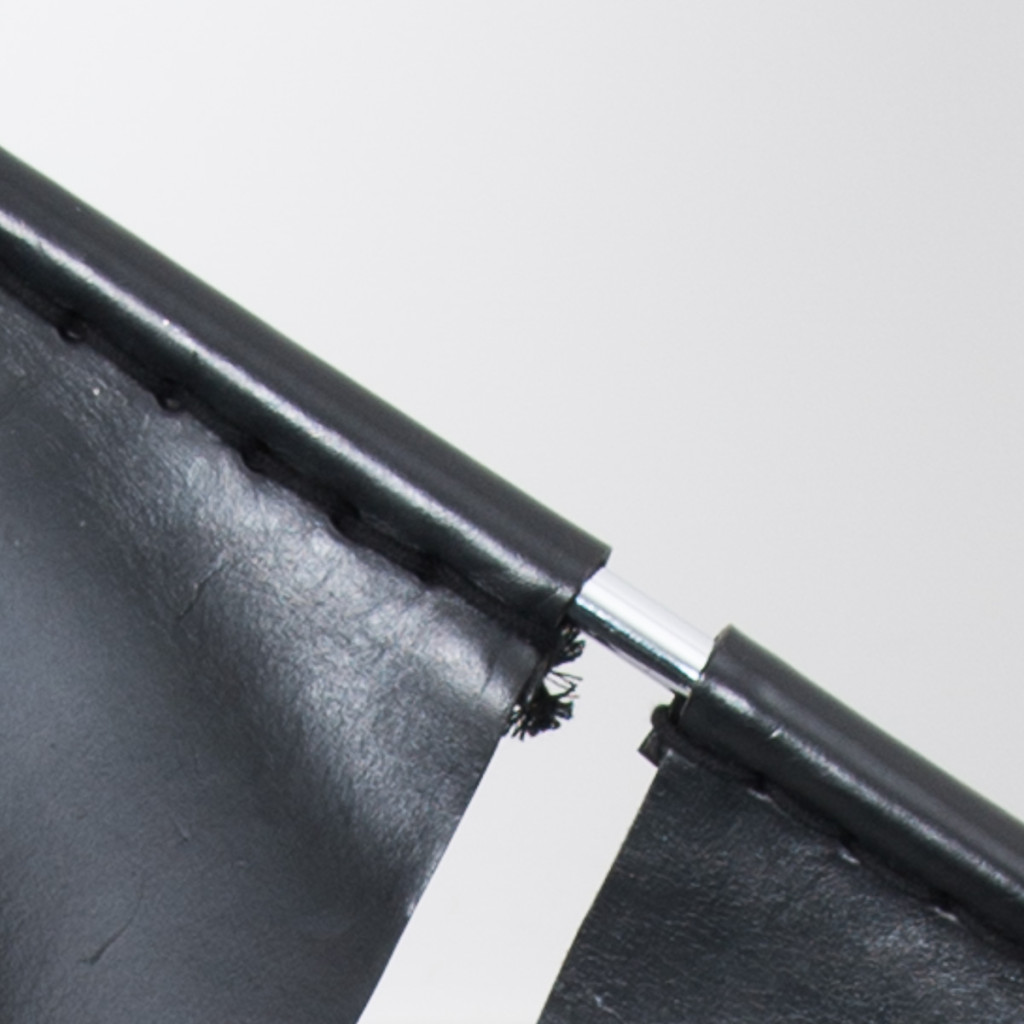 Two are available to view in store. The other two are part of our collection to view at Bert and May, 67 Vyner Street E2.

These chairs, nicknamed ‘Butterfly’ chairs, come in black saddle leather with nickel steel frame.  They were designed by the French-born designer Pierre Paulin for Artifort in 1963. They appear in the literature, p. 189 in the book ‘Pierre Paulin Designer’, Archibooks Edition. These are 1970s editions in excellent condition with one previous owner.

In the 1950s, Artifort’s head of design Kho Liang Ie recruited Pierre Paulin, a decision that would prove fortuitous – his designs are still produced there today. Paulin said of his time at the company: “It represented the first full expression of my abilities. I considered the manufacture of chairs to be rather primitive and I was trying to think up new processes.” With his high profile, he went on to redecorate the rooms of the Elysée’s private apartments for Pompidou and furnish the office of François Mitterrand. In November 2009, he was posthumously awarded the distinction of ‘Royal Designer for Industry’.