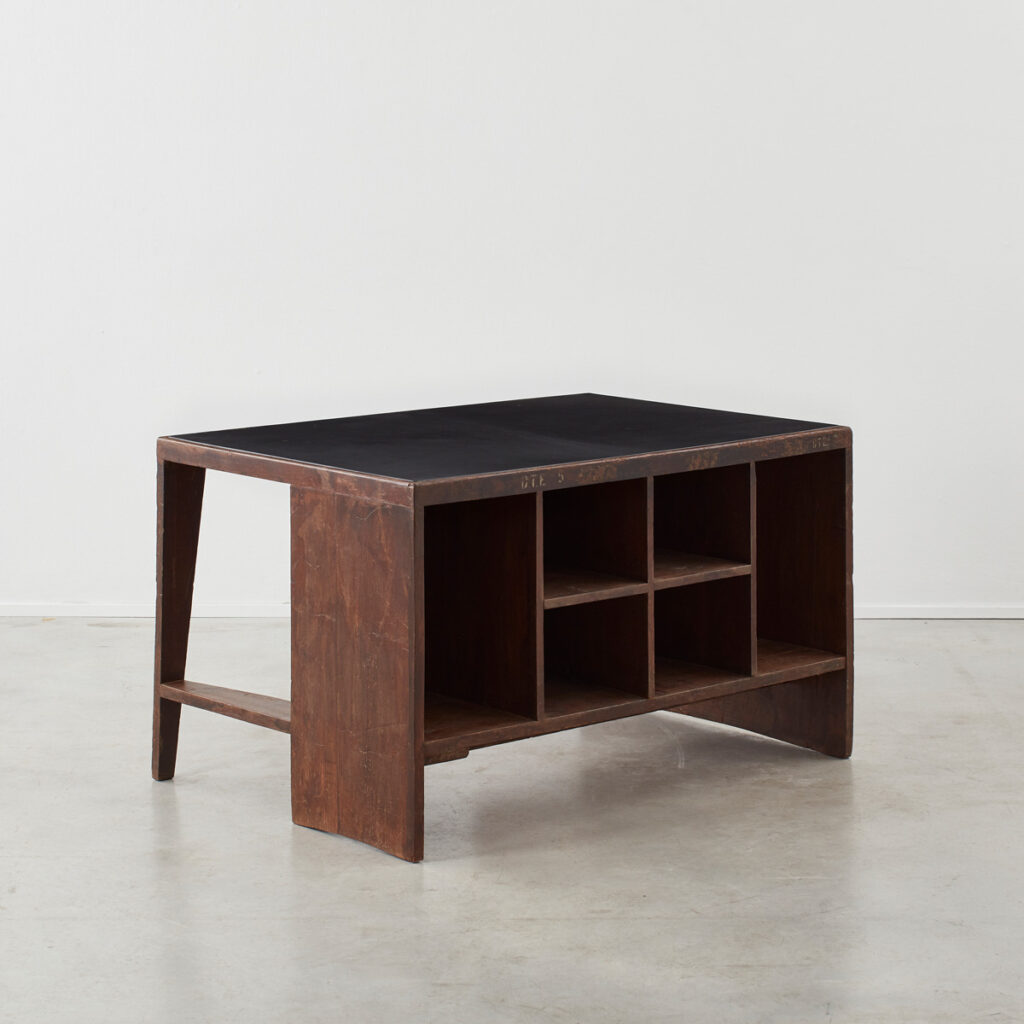 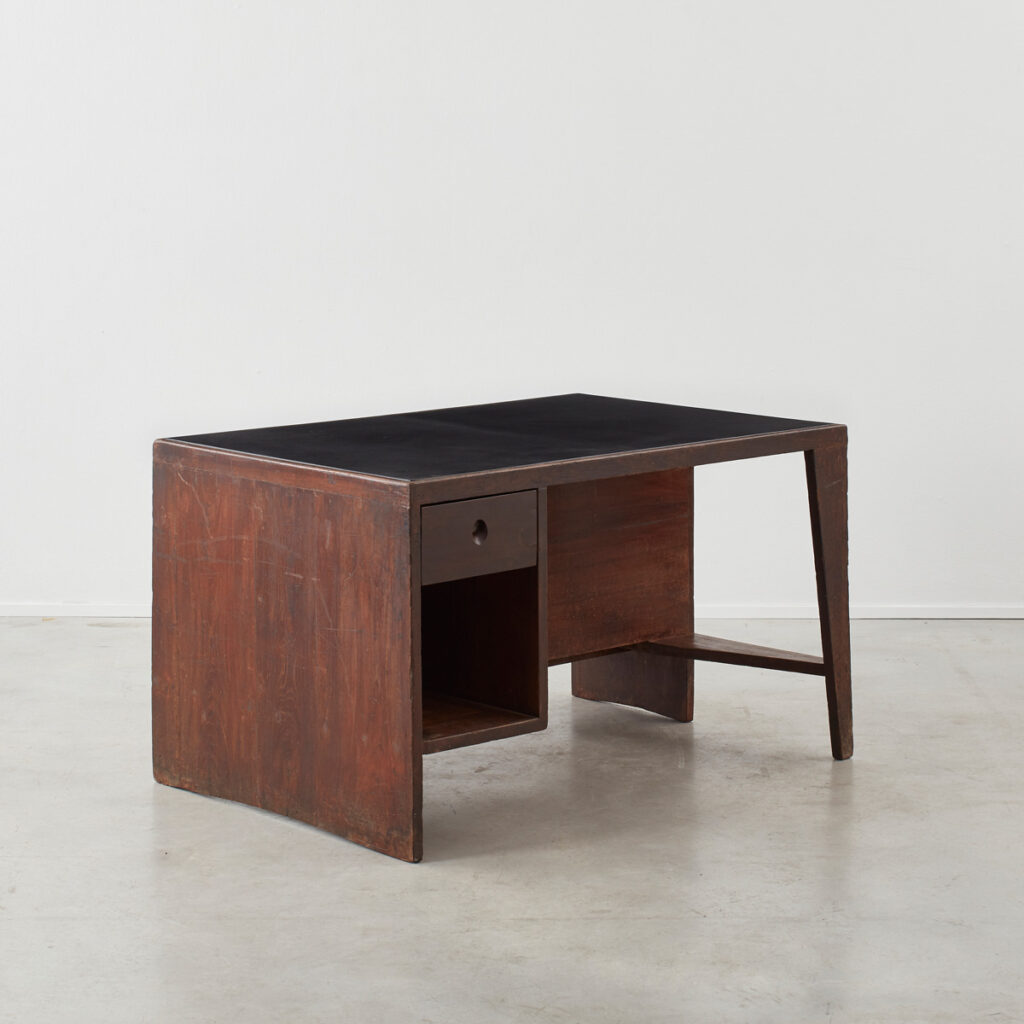 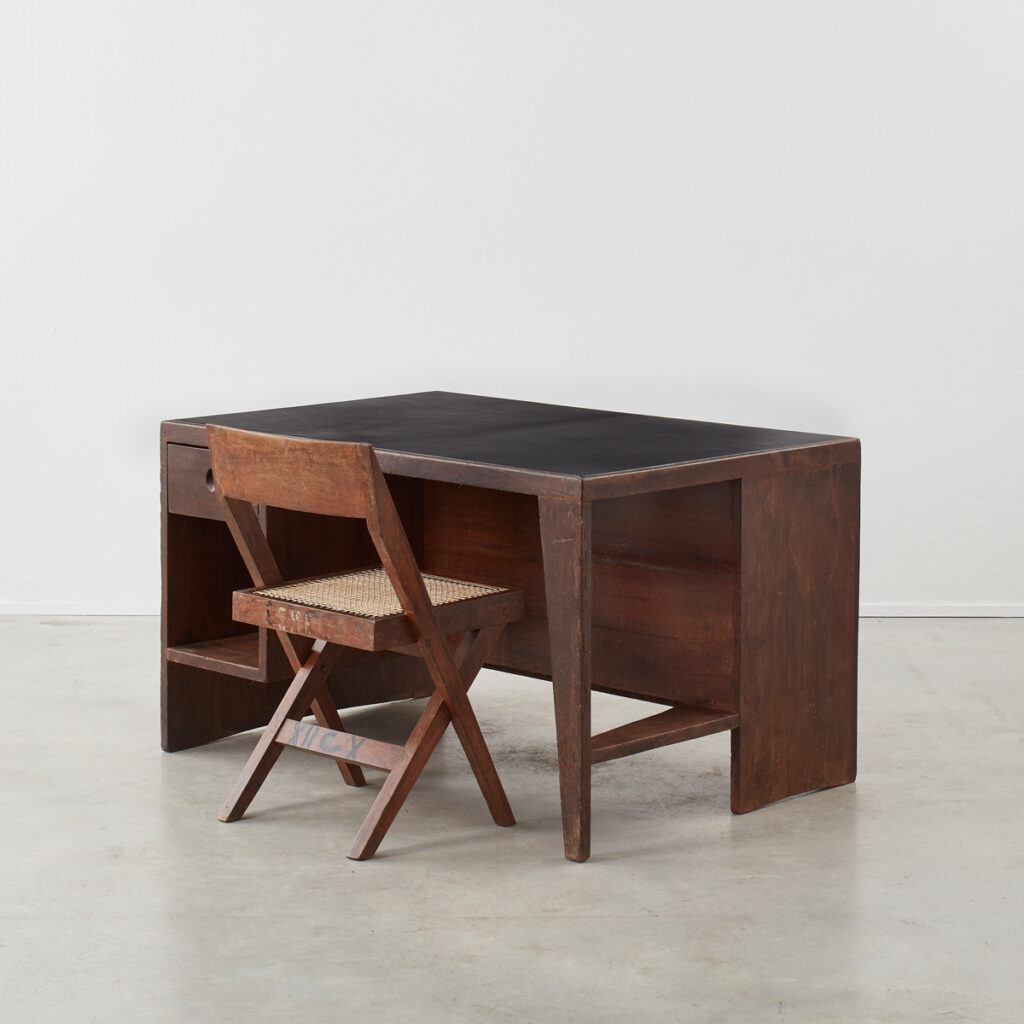 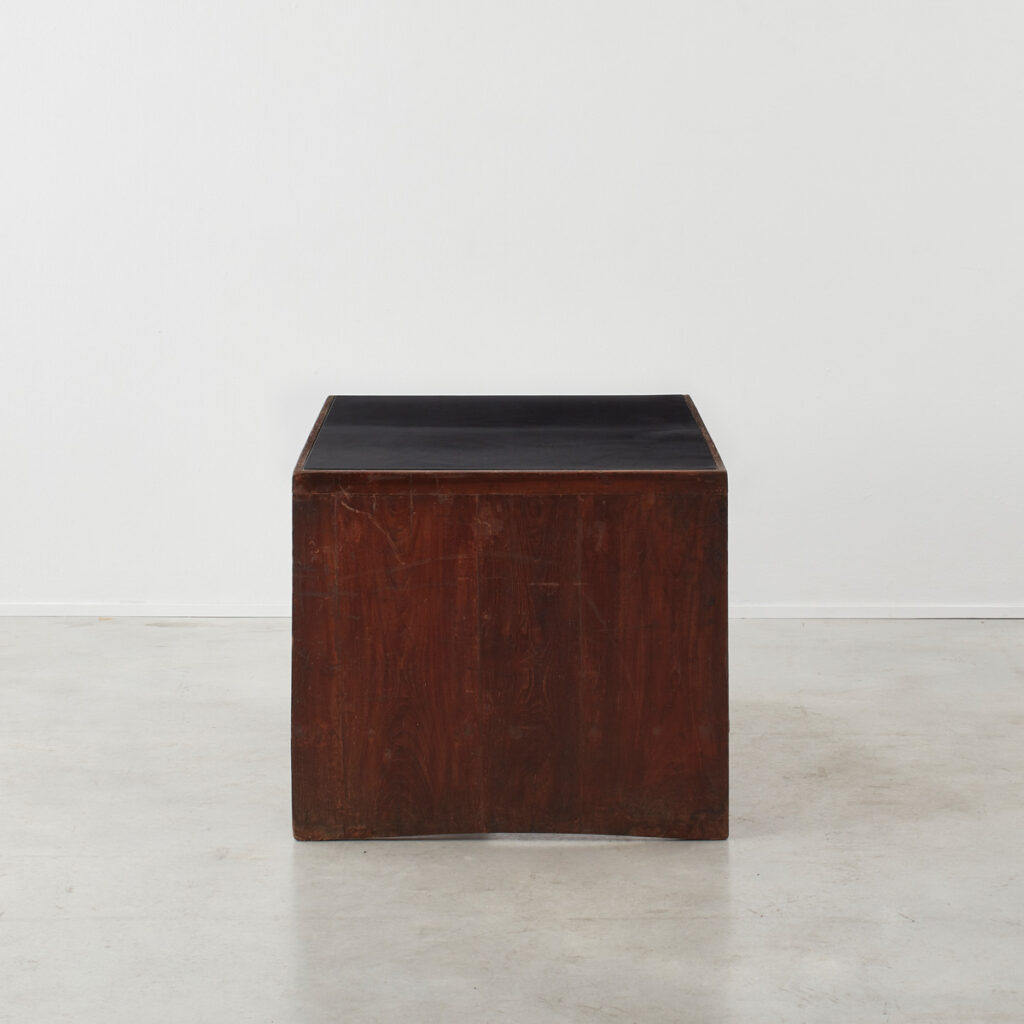 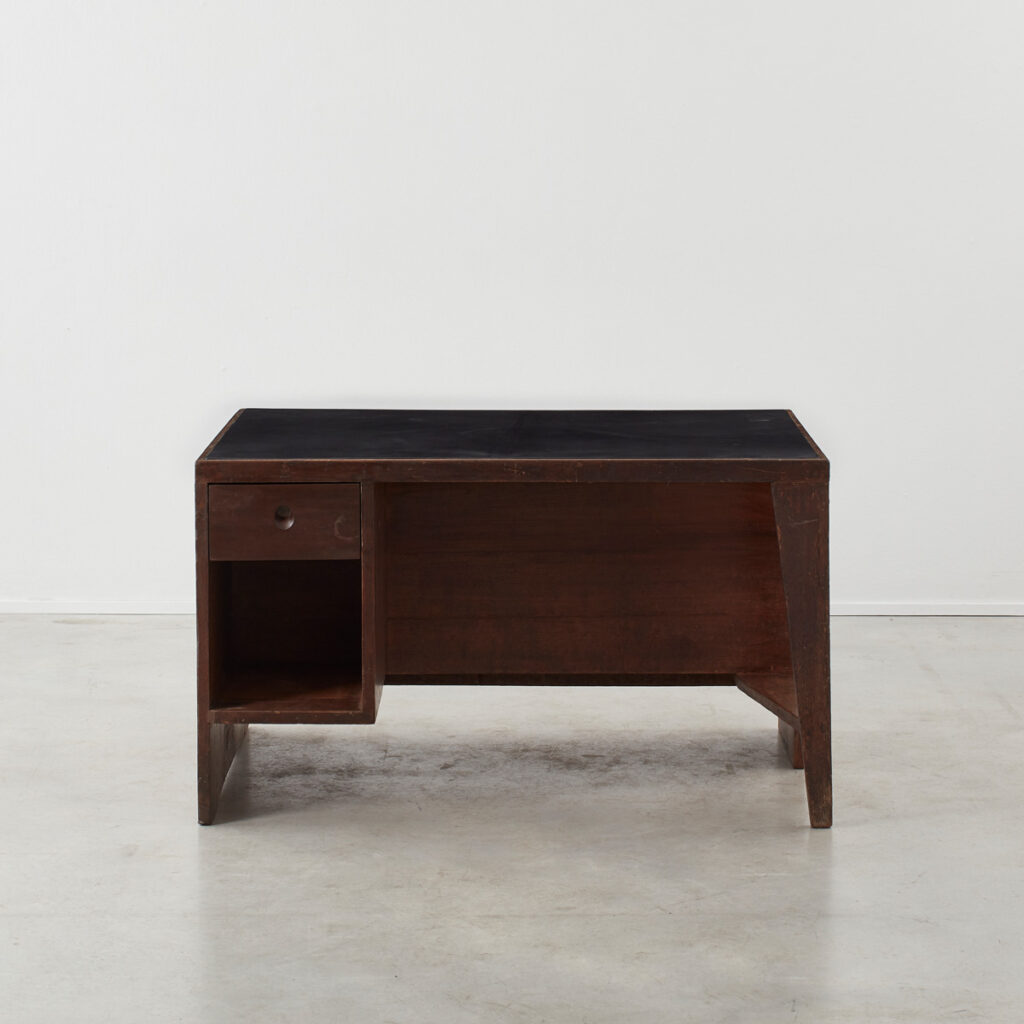 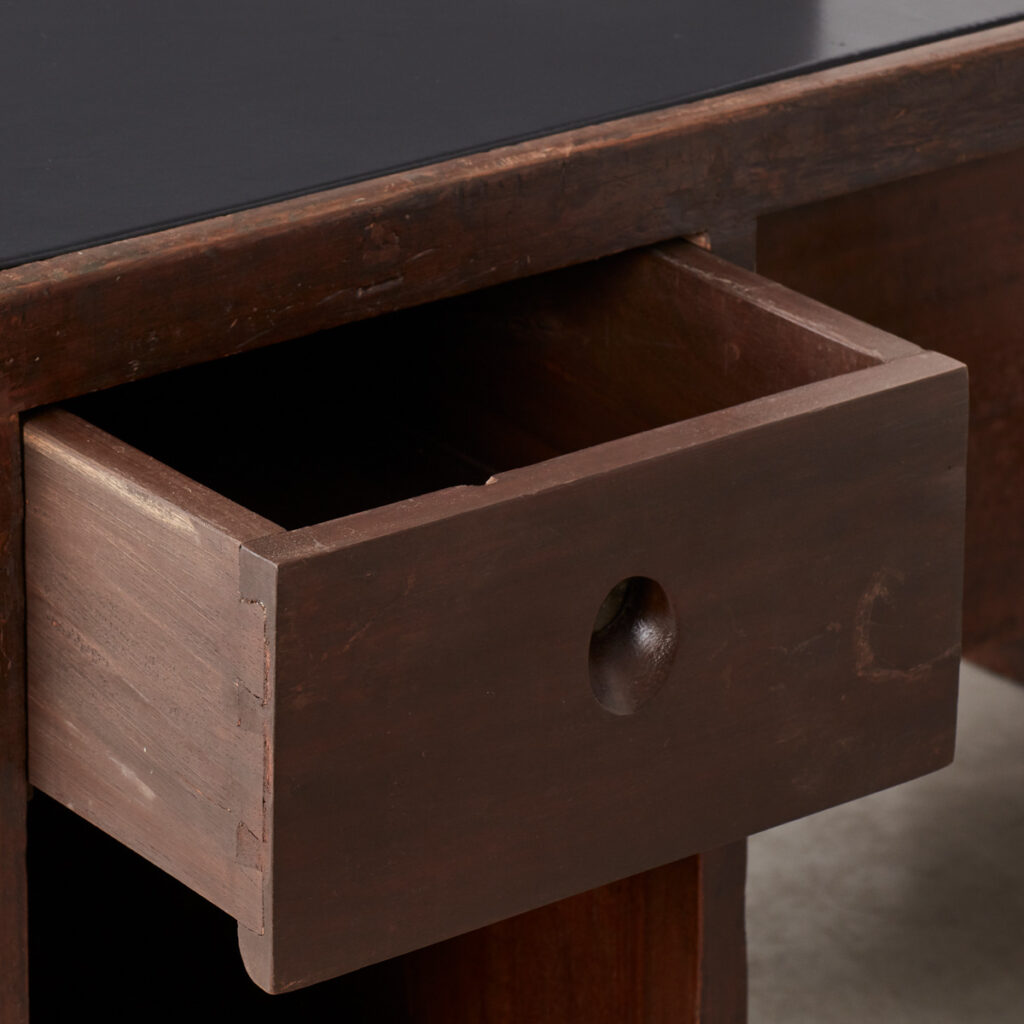 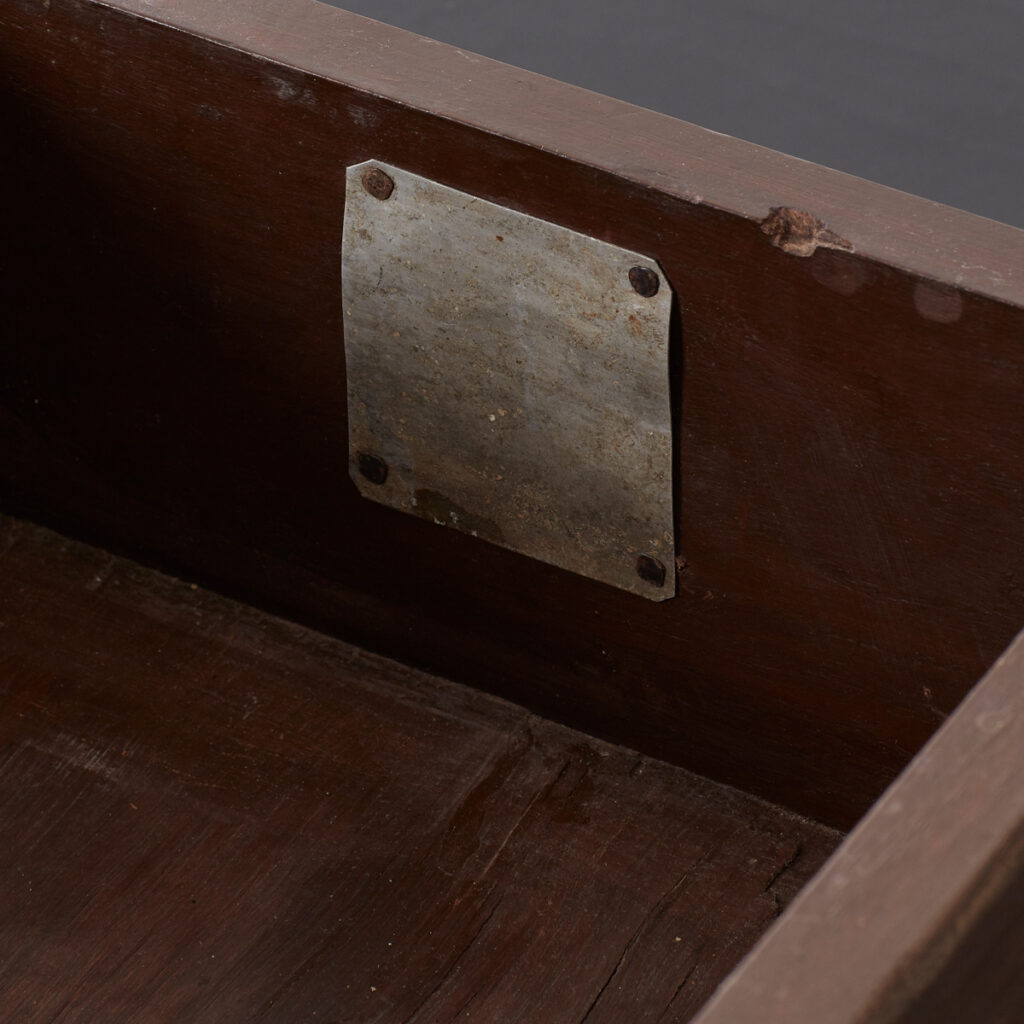 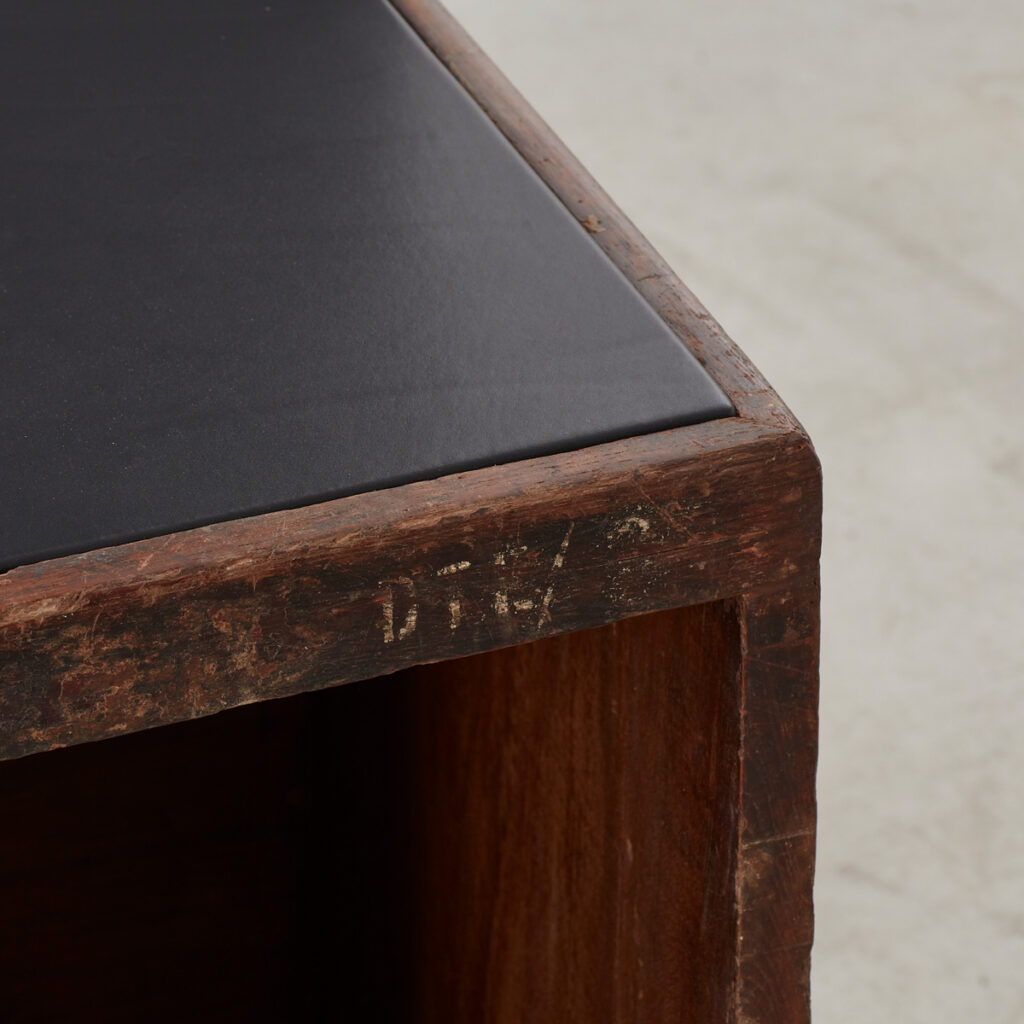 The PJ-BU-02-A desk is one such design. On the reverse is a six-part pigeonhole bookcase for storage, and at the front a single deep drawer and cubbyhole. One side of the desk is comprised of a desk-wide slab leg and the other a tapered leg and smaller slab leg. Like the city it was intended for, it is a modest masterpiece of form following function, with studied consideration of formal balance and geometric harmony.

The desk vinyl top has been replaced later but the wood remains in the most sought-after unrestored condition, complete with the original painted written markings. The grain is full of character and patina, open from light and water wear.