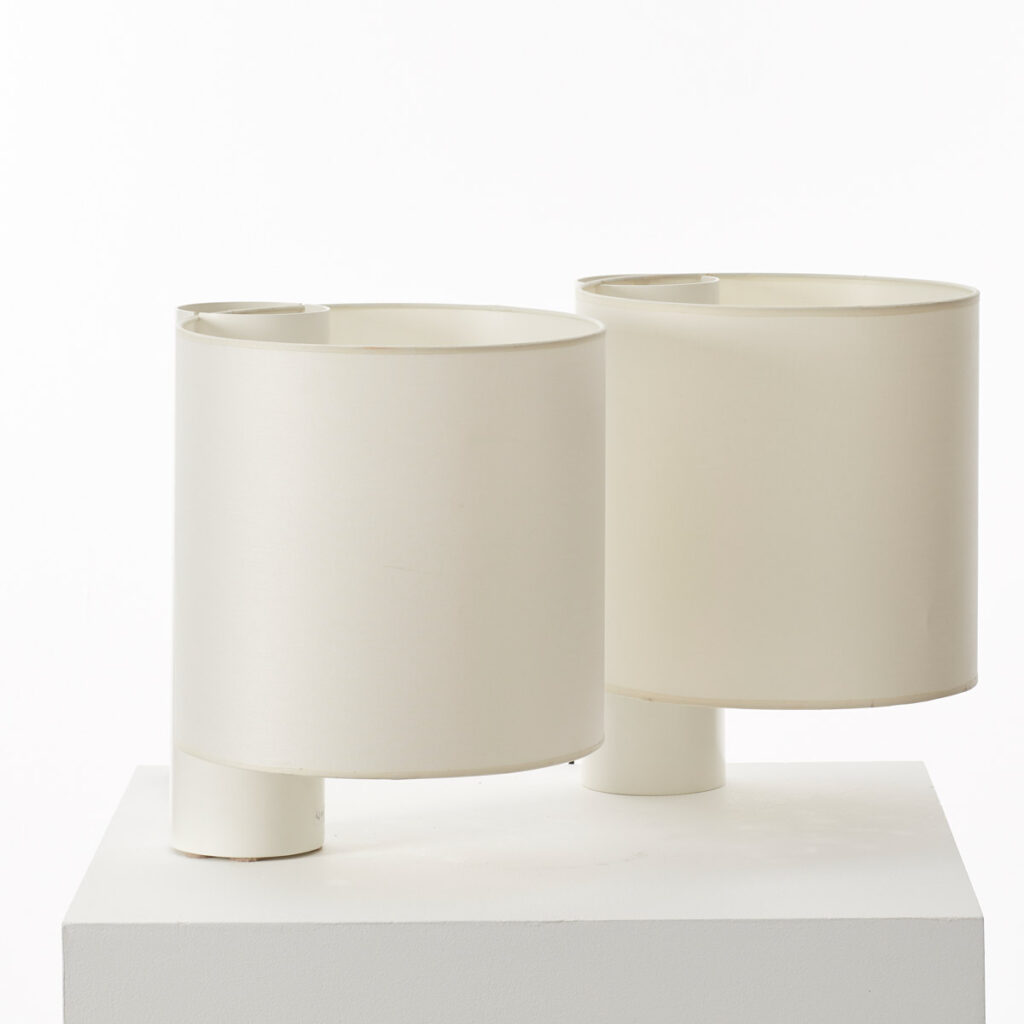 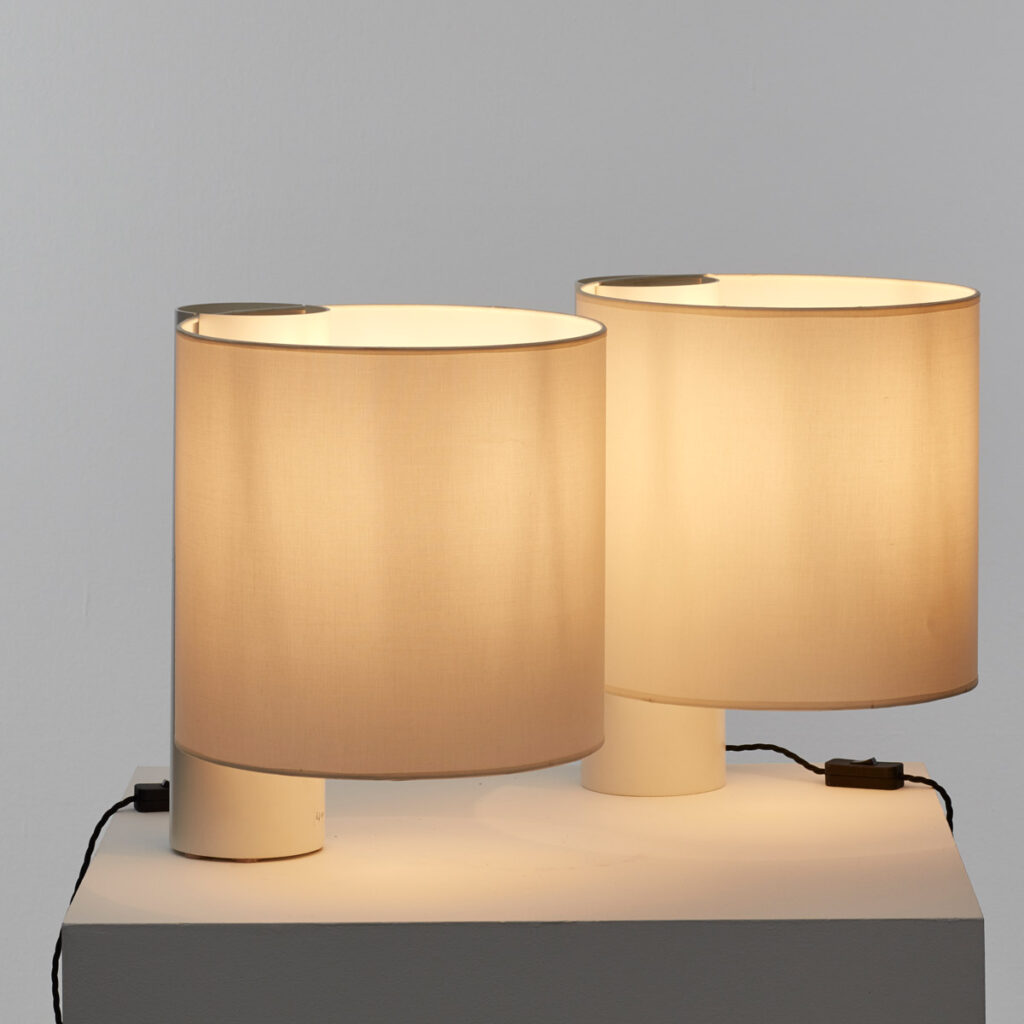 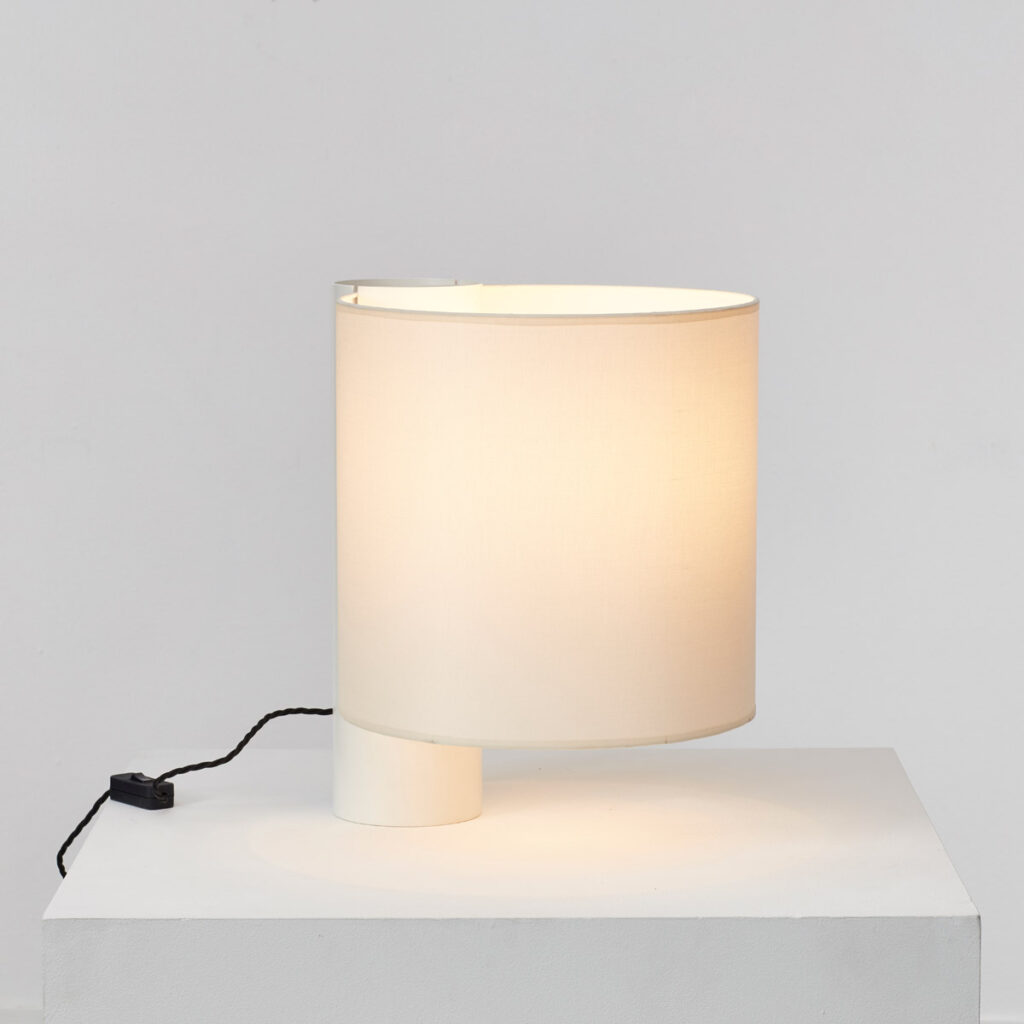 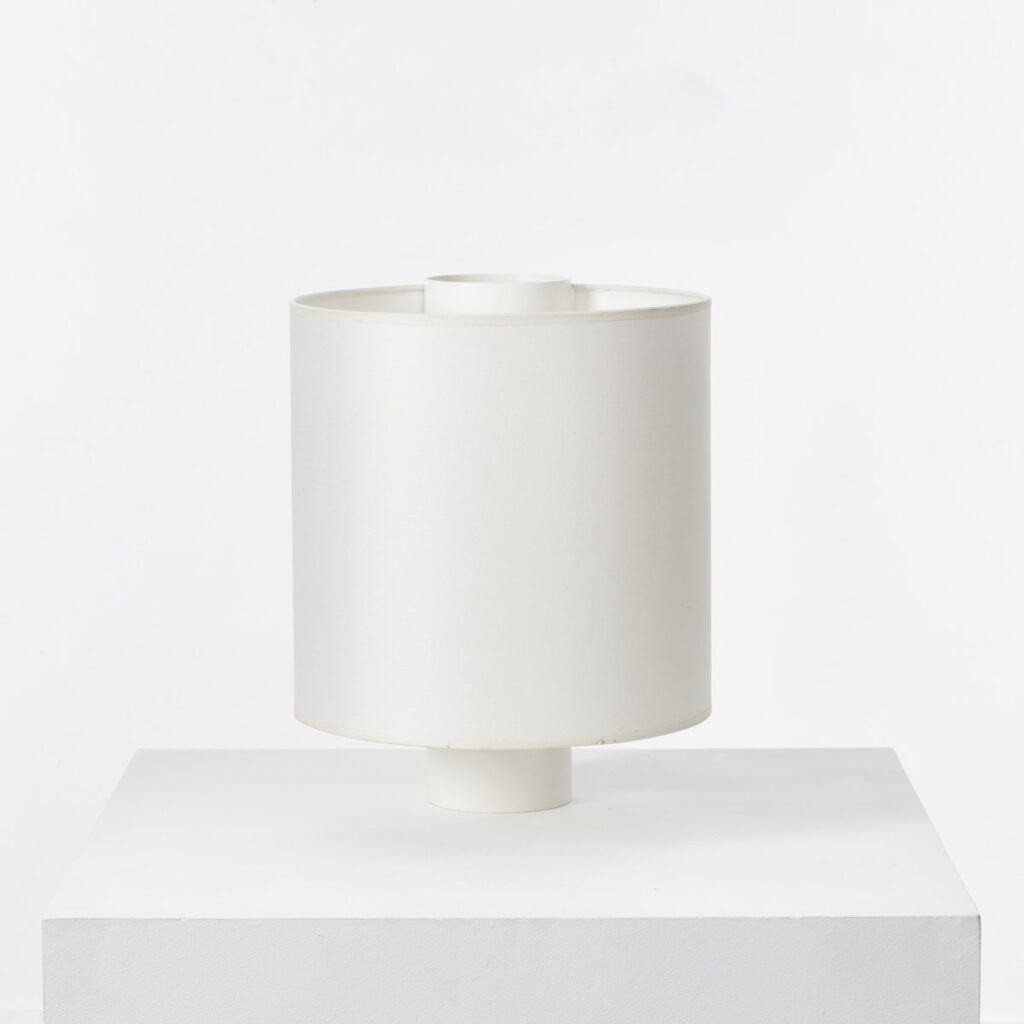 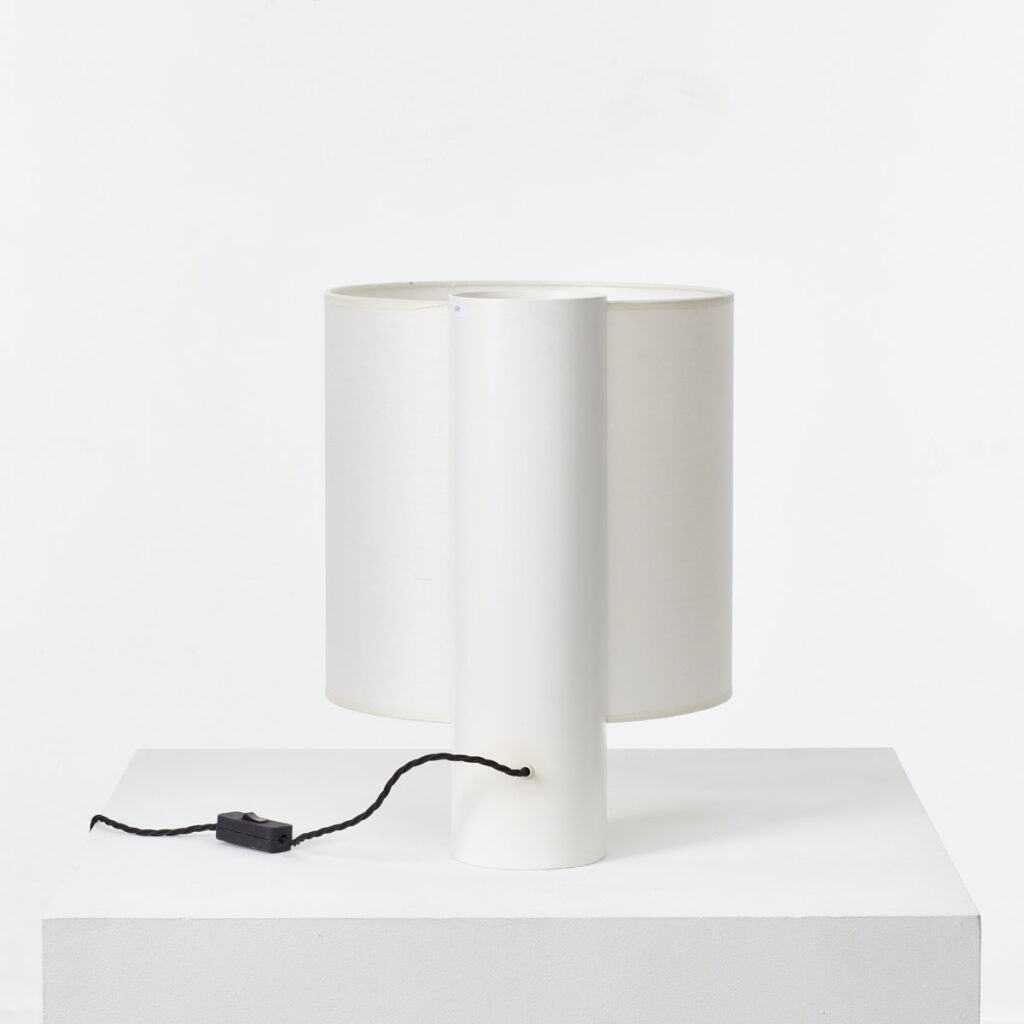 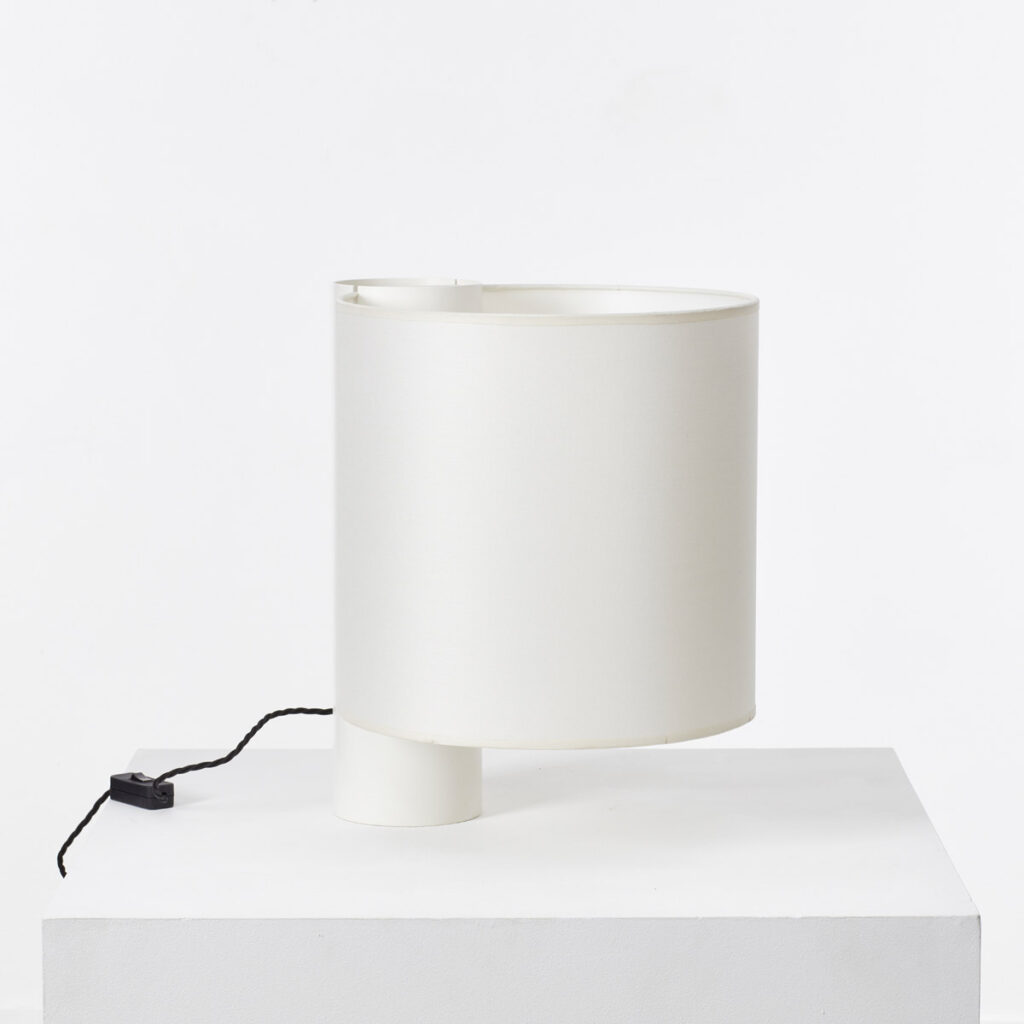 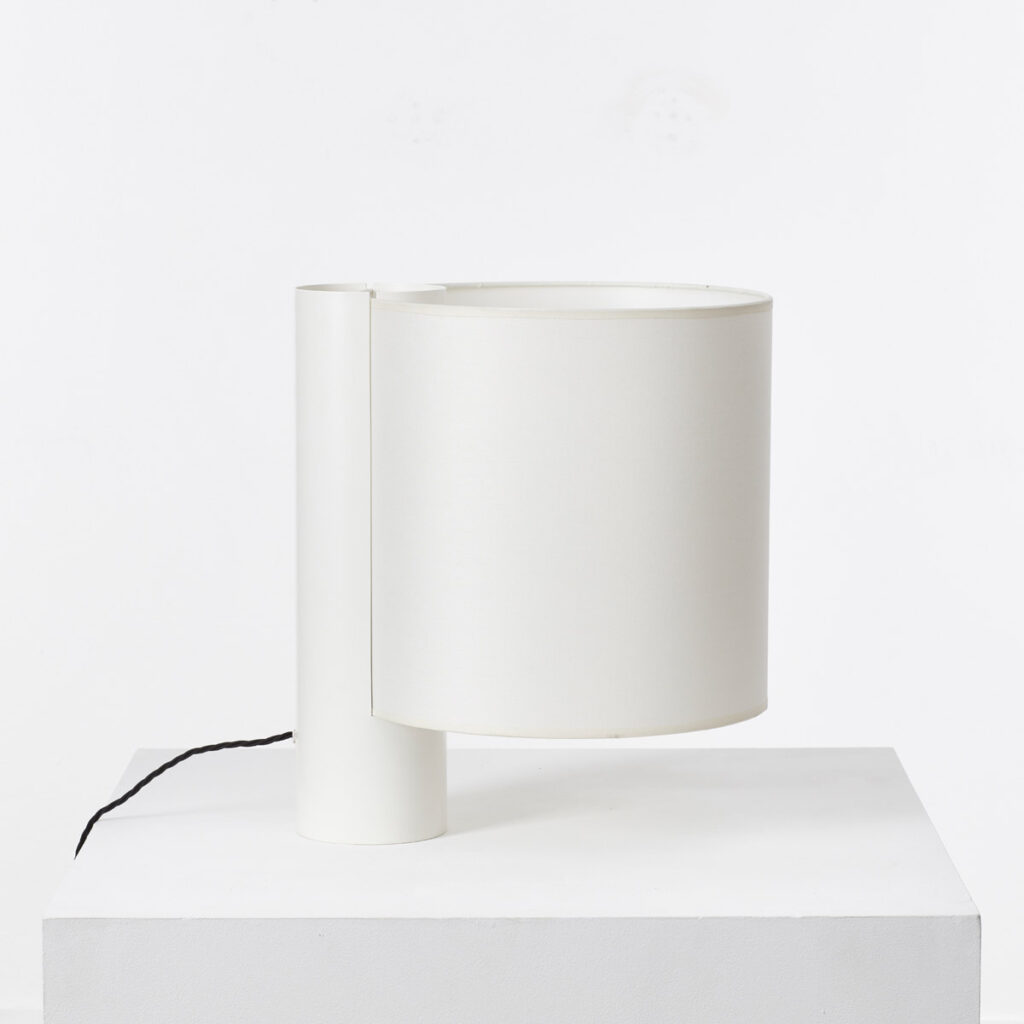 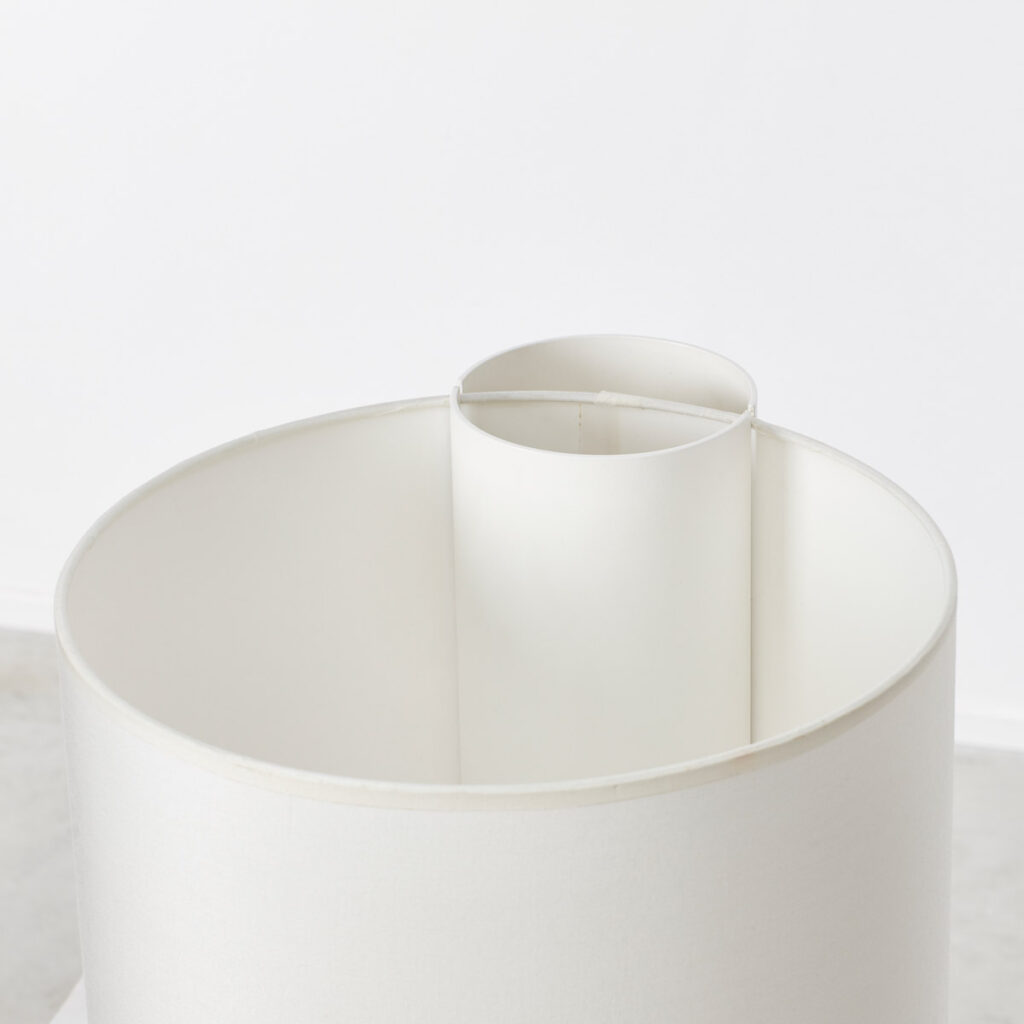 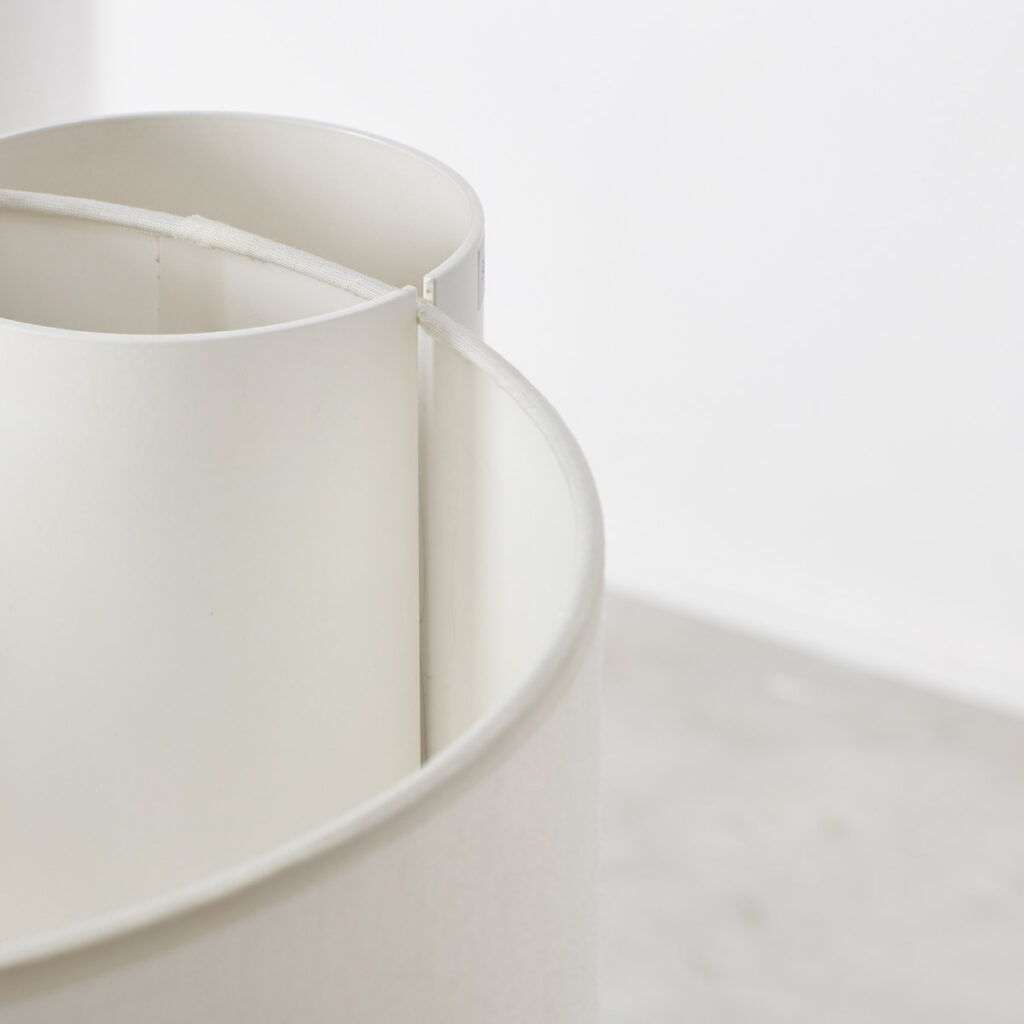 Giuliana Gramigna (1929-2016) was a designer and design-writer whose career spanned the period that Italian design was hugely influential on the world. Her practice was active in Milan from the sixties, in civil and industrial architecture as well as objects and furniture. She put her network to good use, documenting the industry as an editor of Ottagono and Area magazine, and is famous for her post-War Italian design bible, Repertorio.

Gramigna’s Fluette table lamp design for Quattrifolio was a refreshing take on the humble table lamp. The design was selected for the Compasso d’Oro the year it was released. Its minimal form is very well manufactured and is perhaps most distinctive for its refined detailing in which the shade slots neatly into the base forming a pleasing overlapping of two circular forms. Both lamps are in good condition for their age. There is some minor creasing to the shades. Rewired for use in the UK but can be rewired to other national standards.