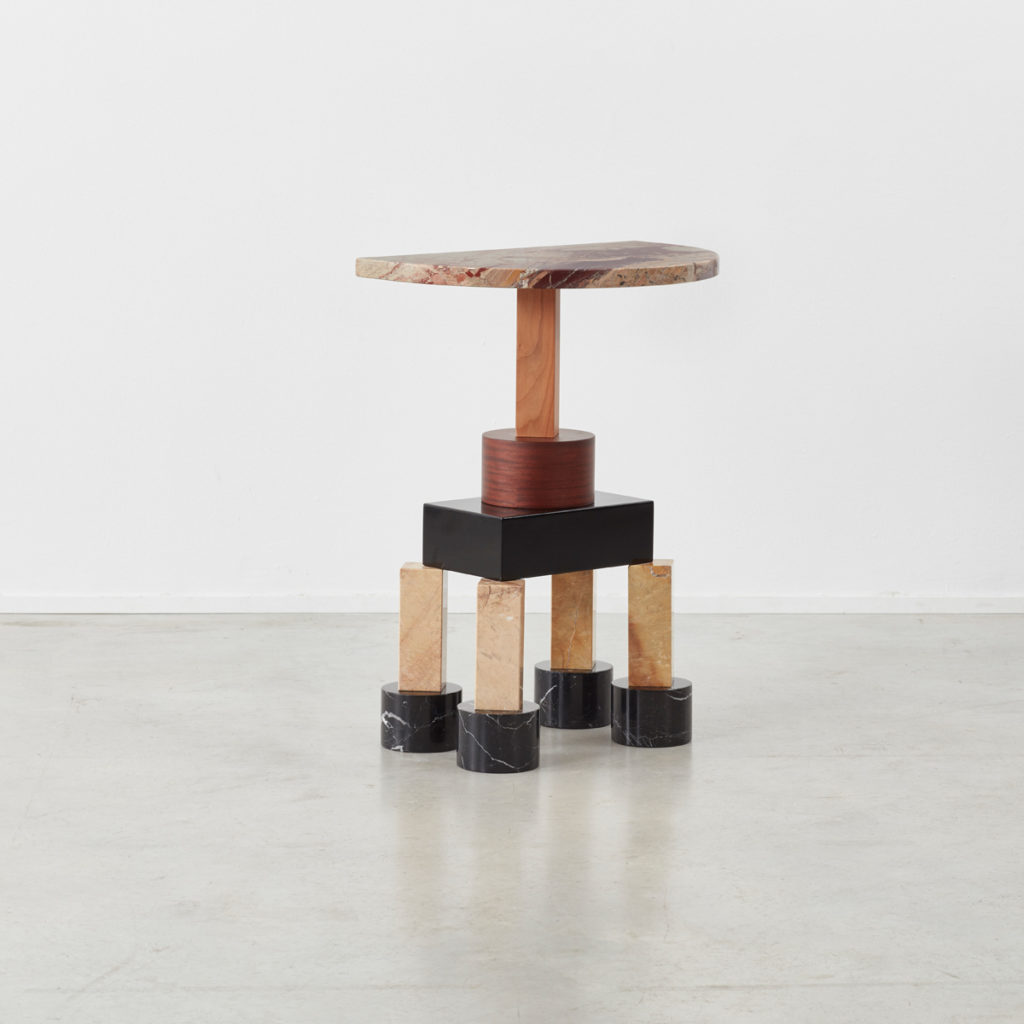 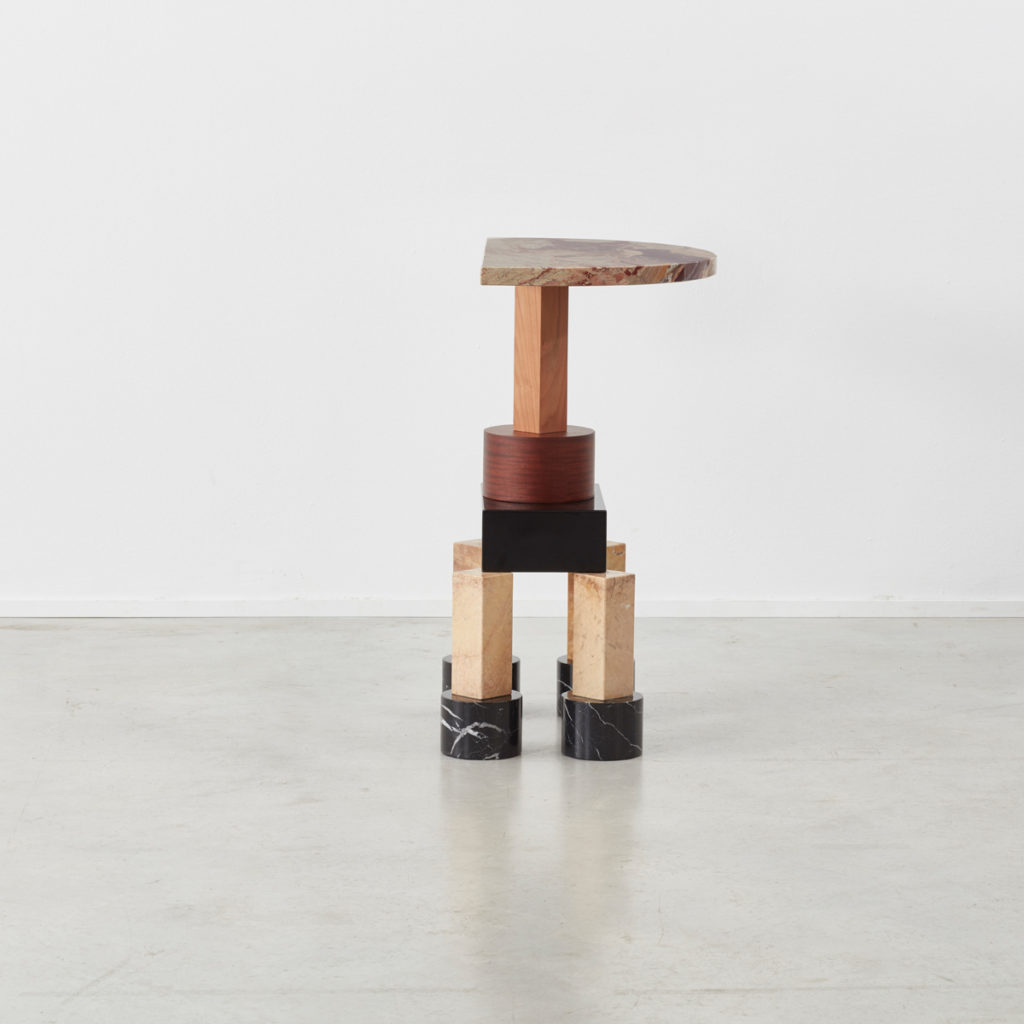 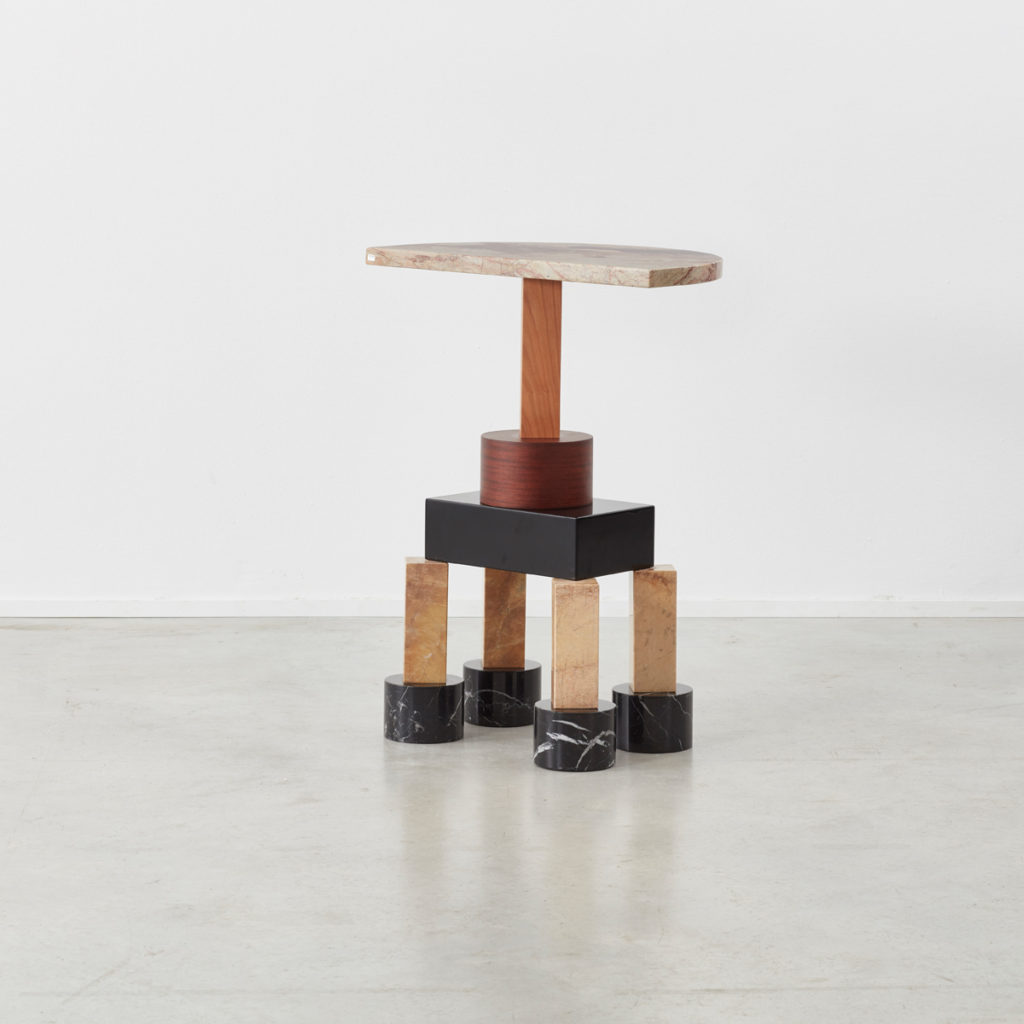 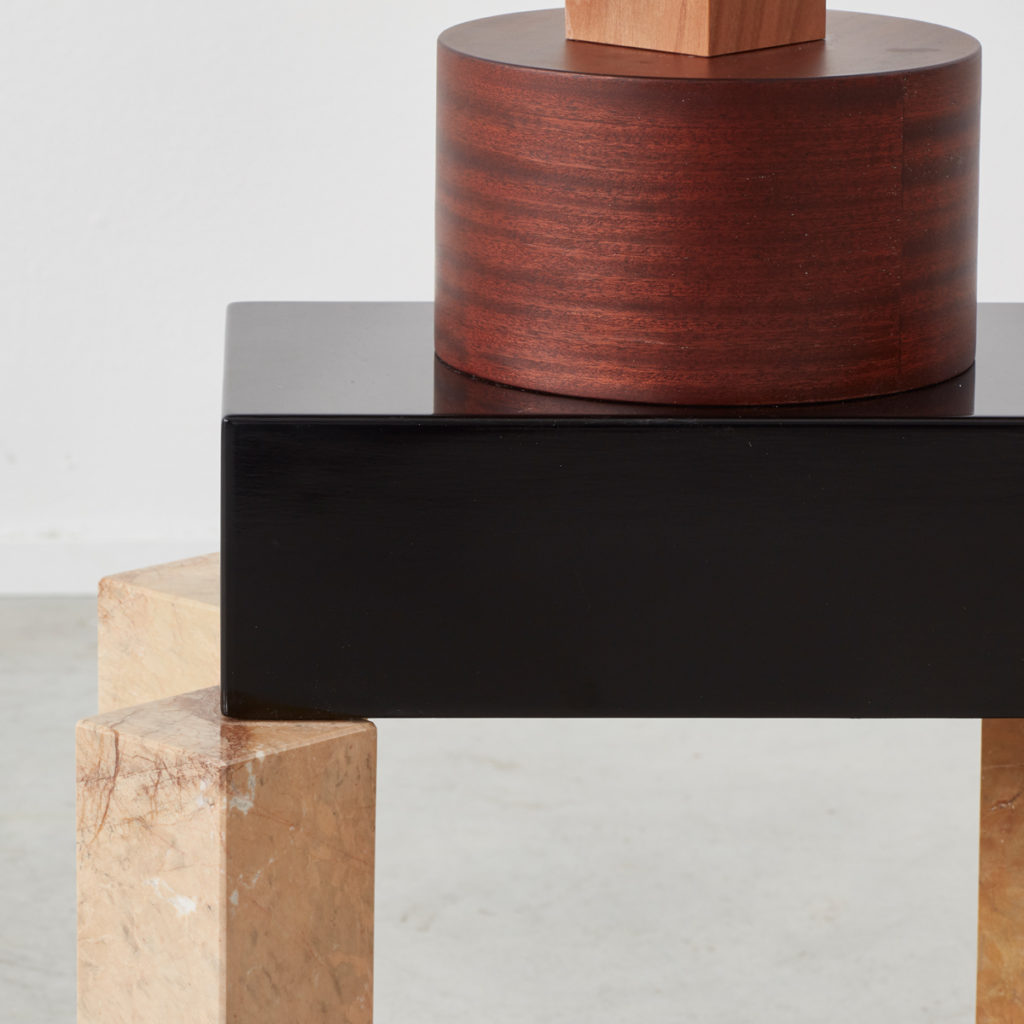 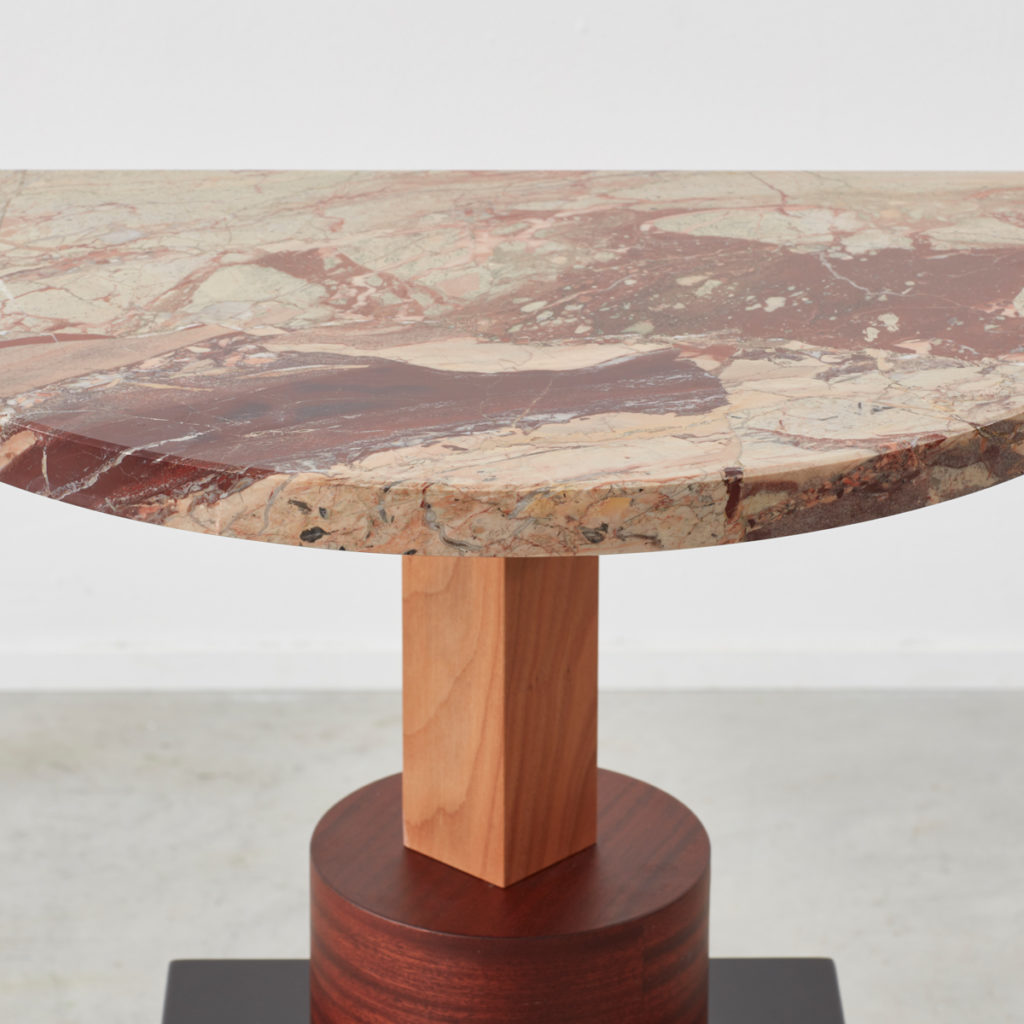 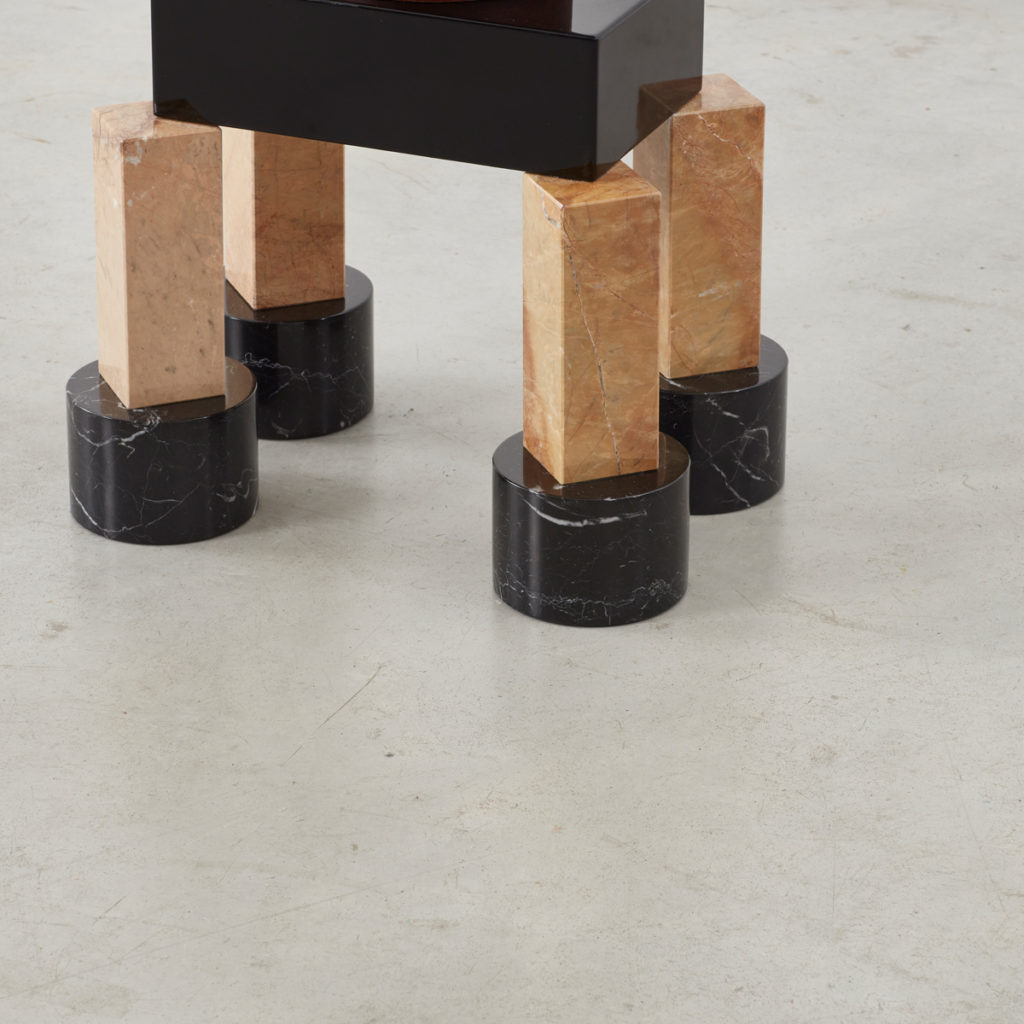 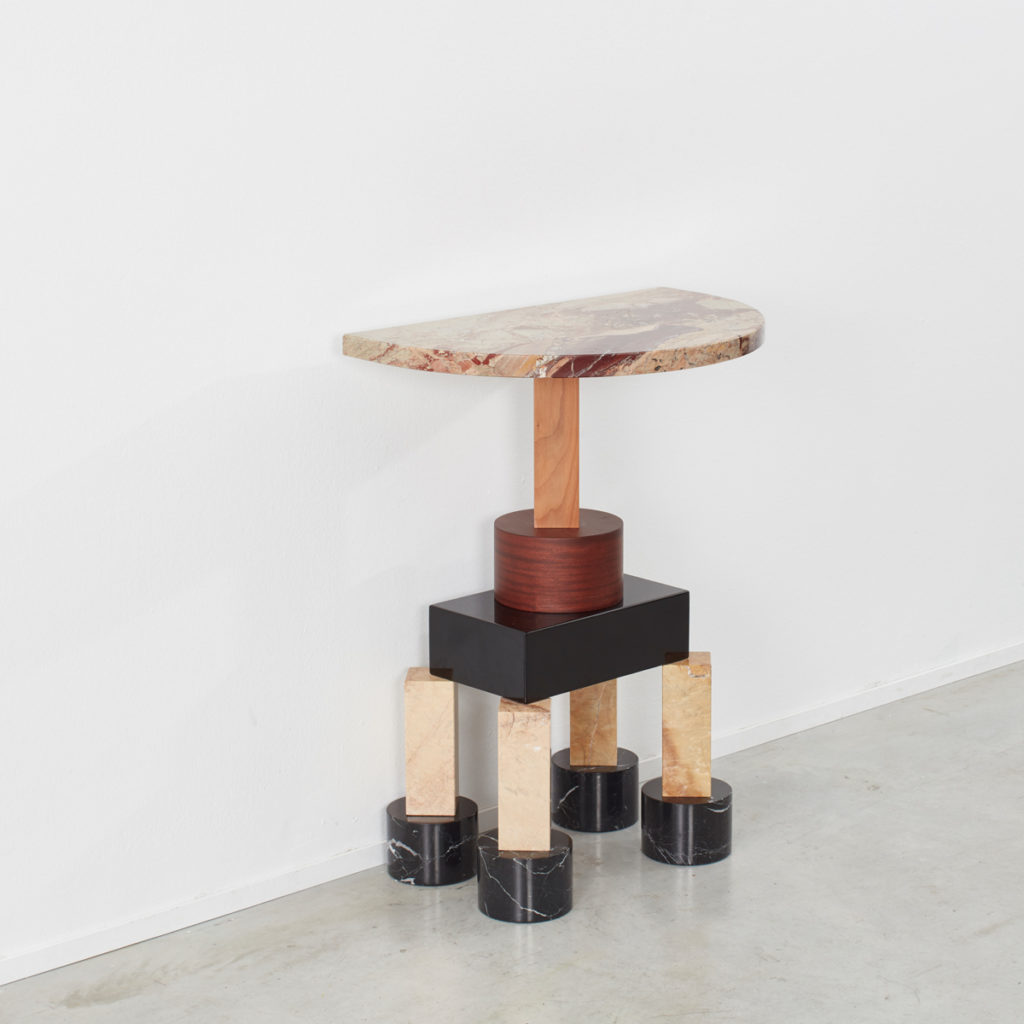 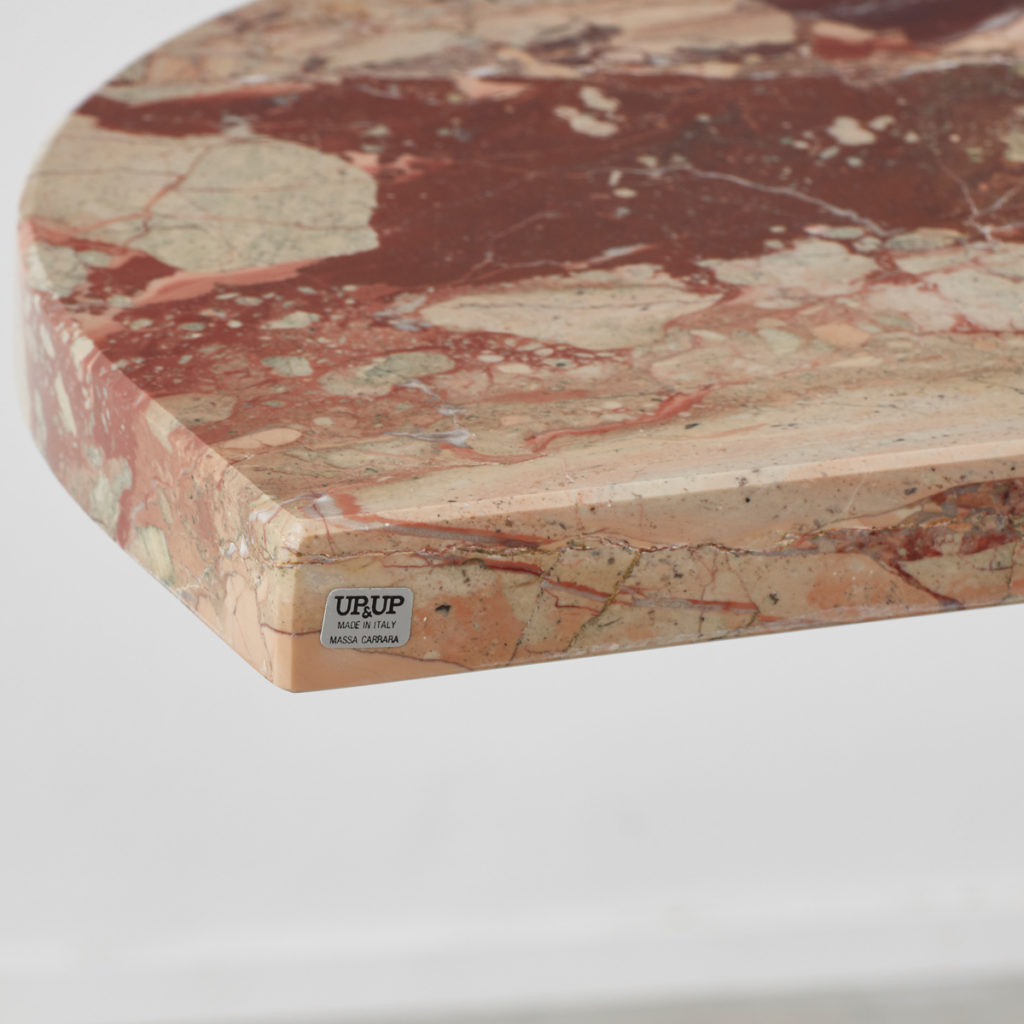 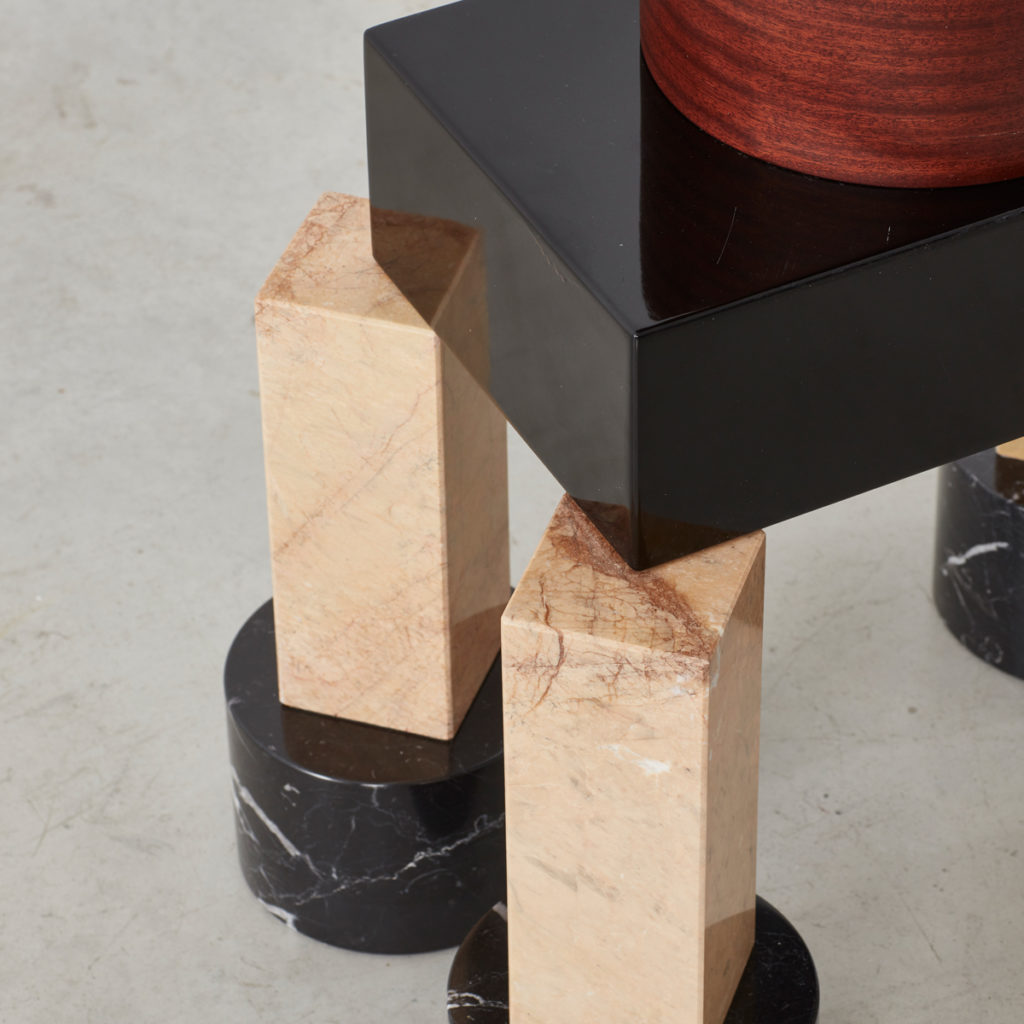 Ettore Sottsass (1917–2007) was an Italian architect and designer during the 20th century. His body of work includes furniture, jewellery, glass, lighting and objects, as well as many buildings and interiors. He is perhaps most celebrated as the founder of the Memphis Group, famous for its colourful and flamboyant furniture, ceramics and lighting pieces, brought back into attention recently with the much anticipated auction of David Bowie’s private Memphis collection.

Sottsass’s unique aesthetic and deign process attracted many manufacturers and producers to collaborate with him. Up&Up now called UpGroup were one of these companies drawn in by Sottsass’s vison. The Demistella table, developed for Up&Up has a very playful construction method yet uses a more restrained traditional material set when compared to the works produced by Memphis Milano. The demilune marble top from macchia vecchia marble is seemingly balanced somewhat precariously on a series of blocks made from wood, macchia vecchia marble, black marquinia, red briar and mahogany. This is a rare early edition console in excellent condition.