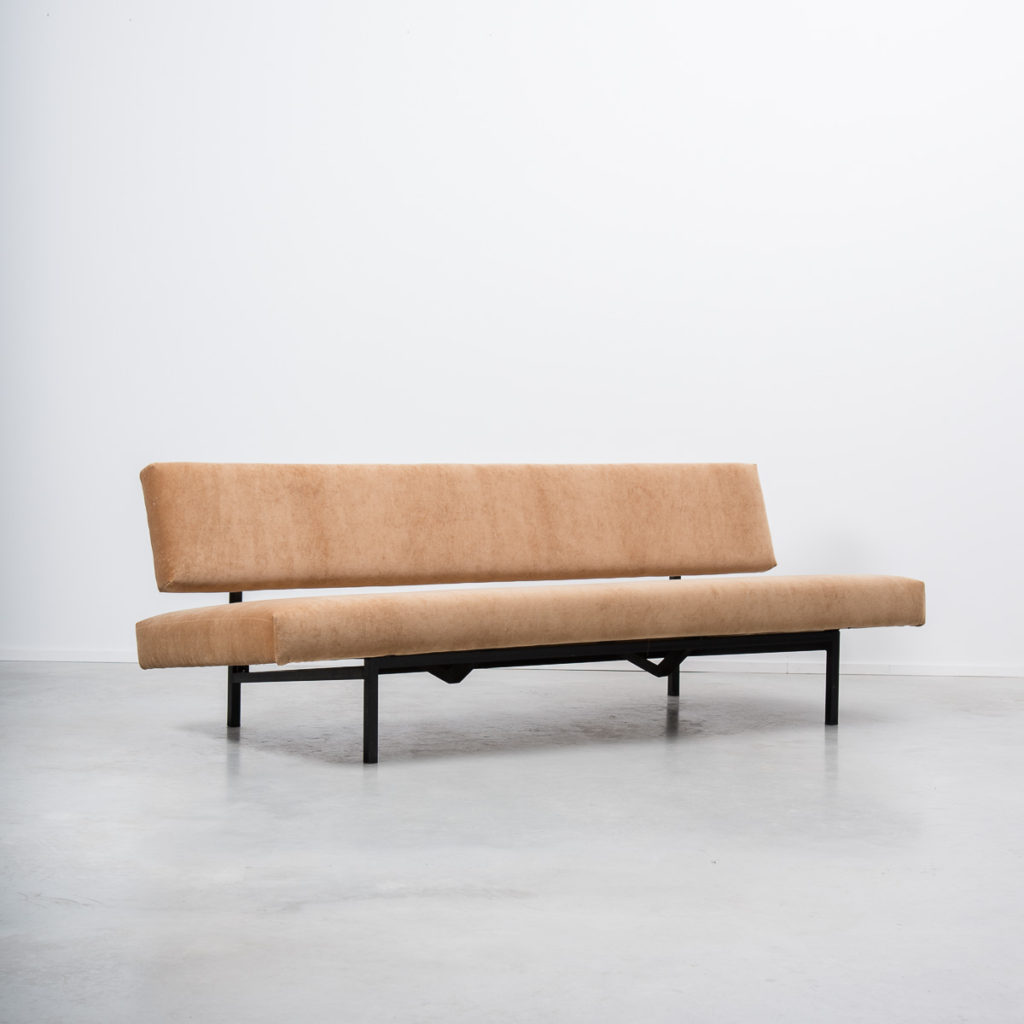 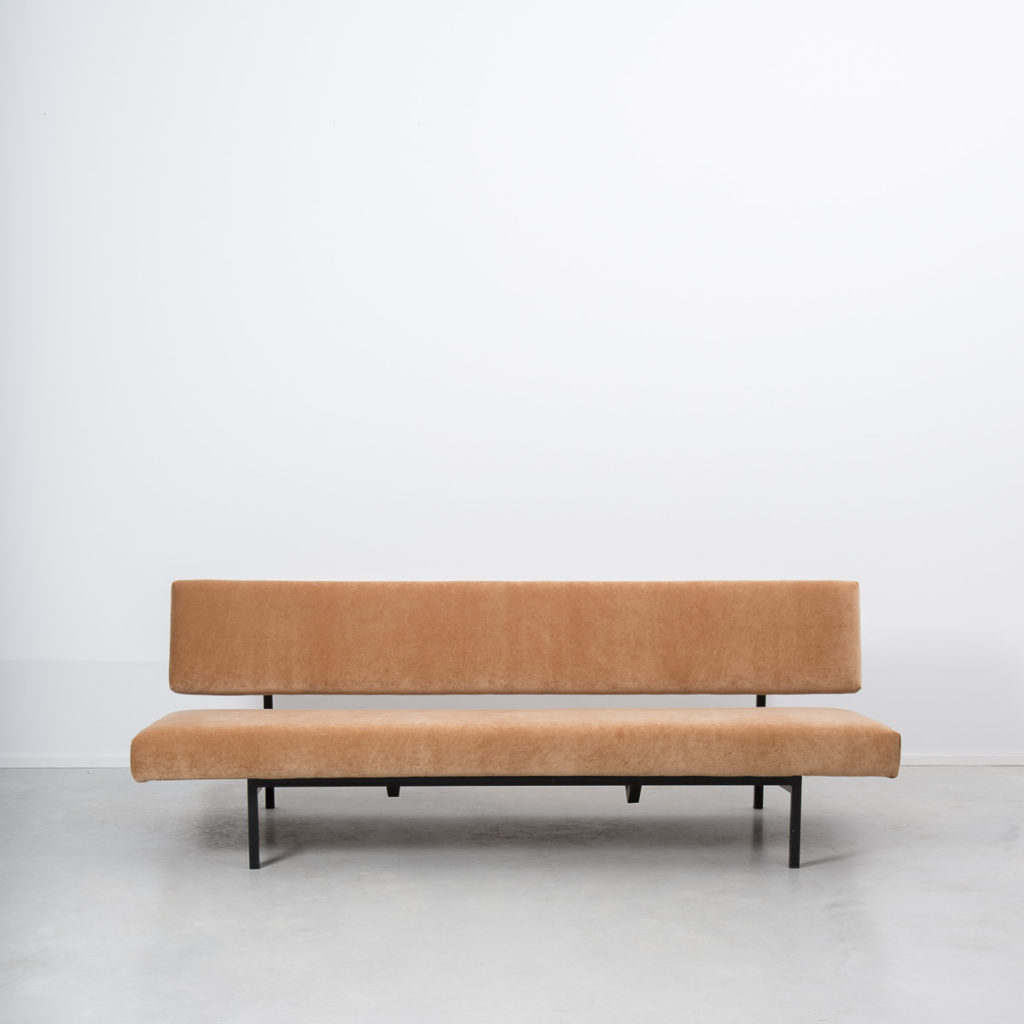 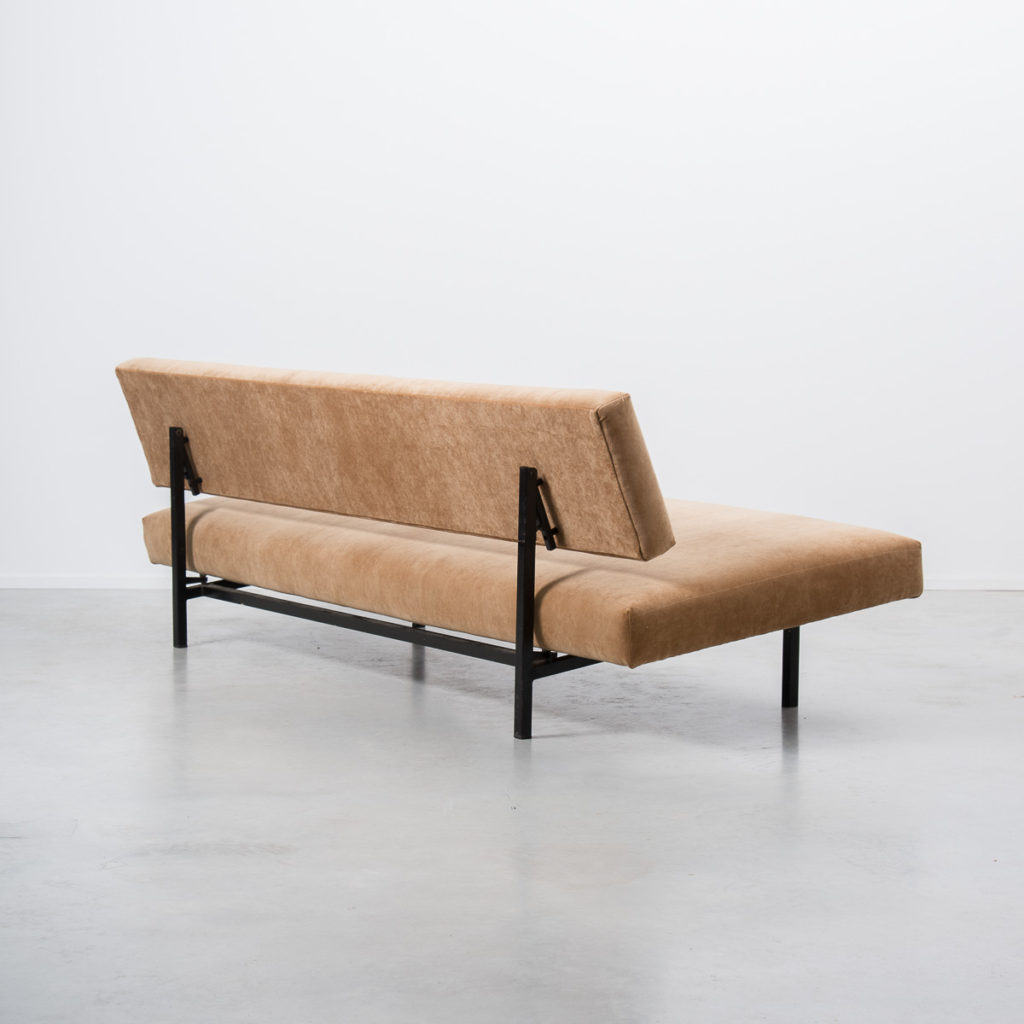 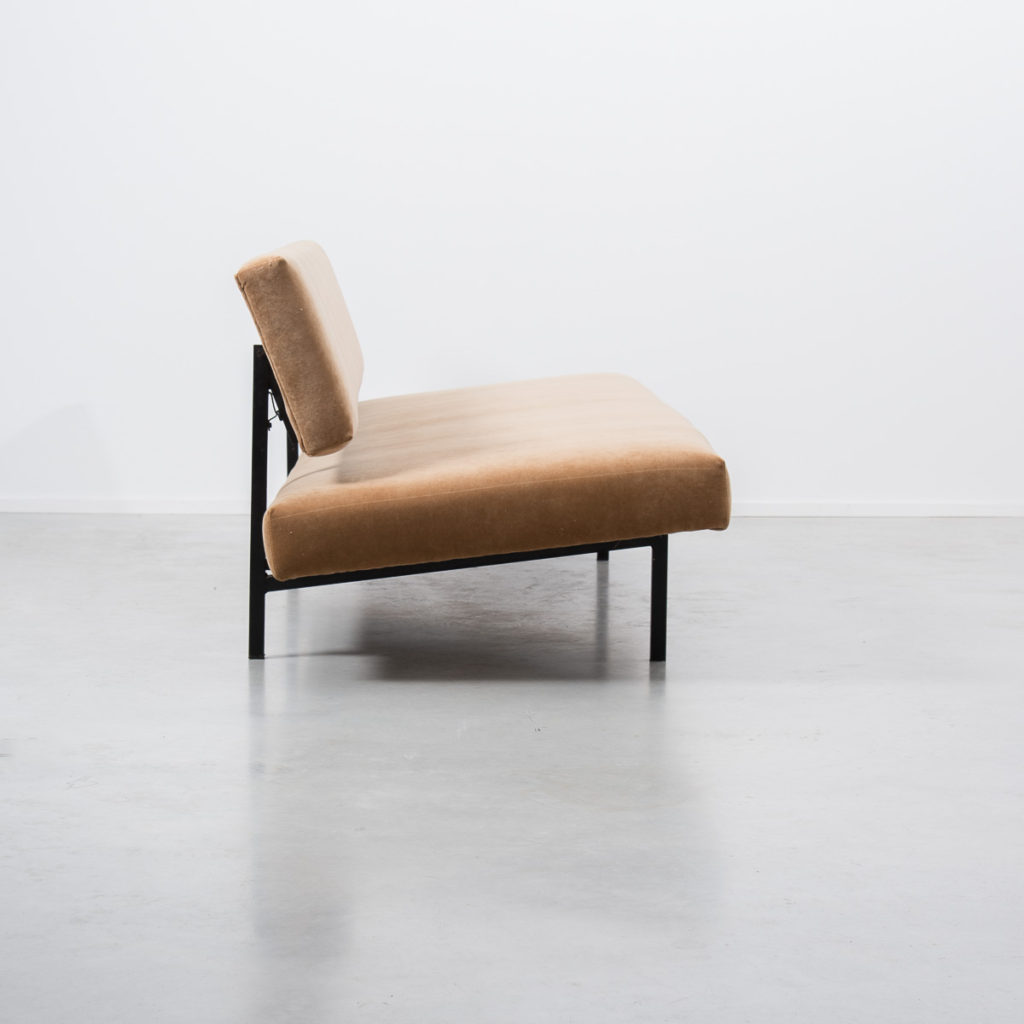 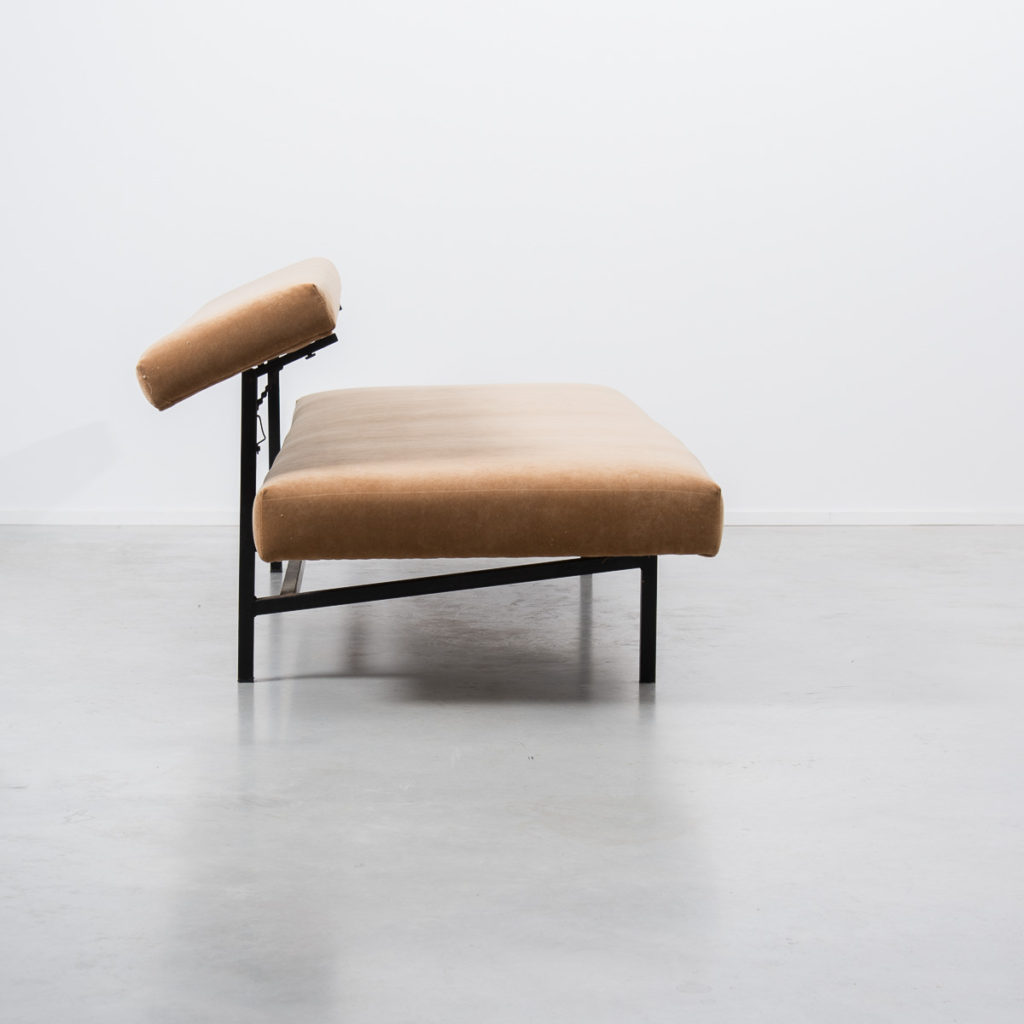 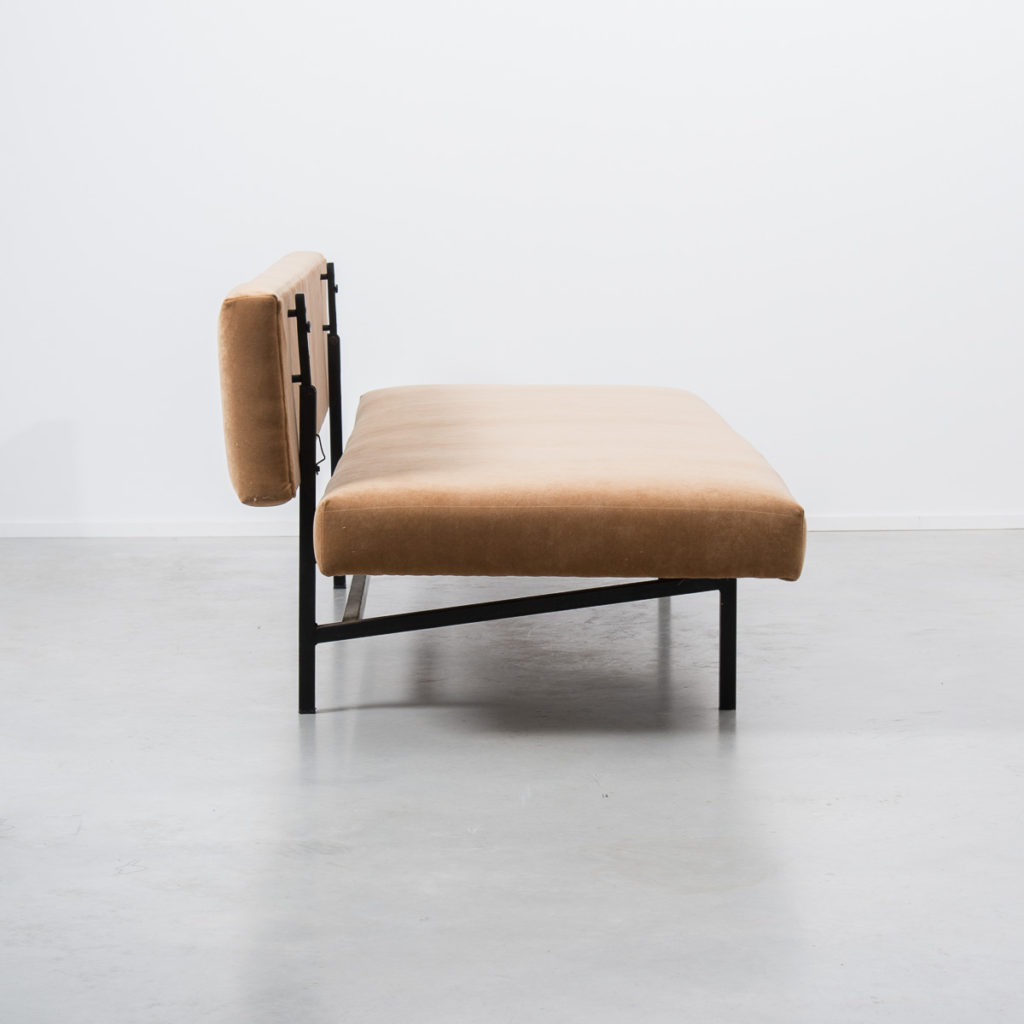 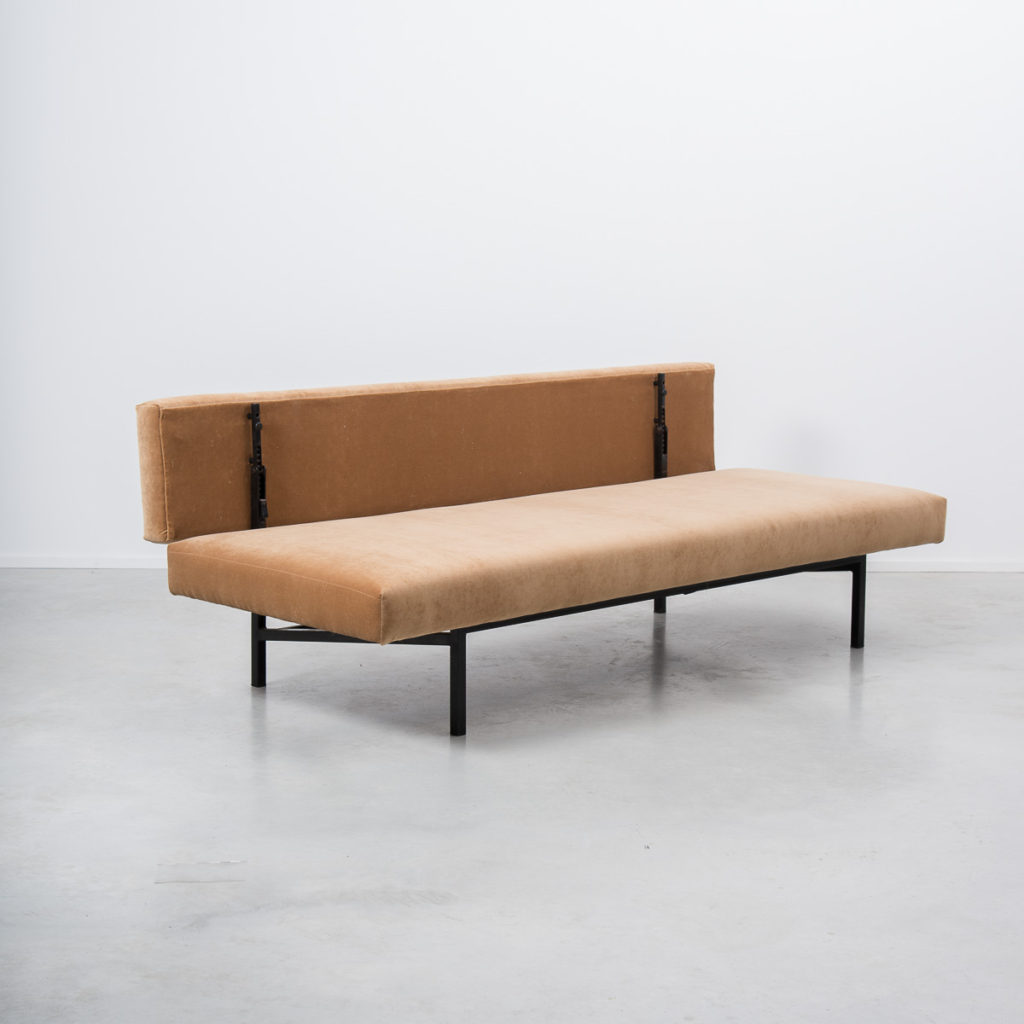 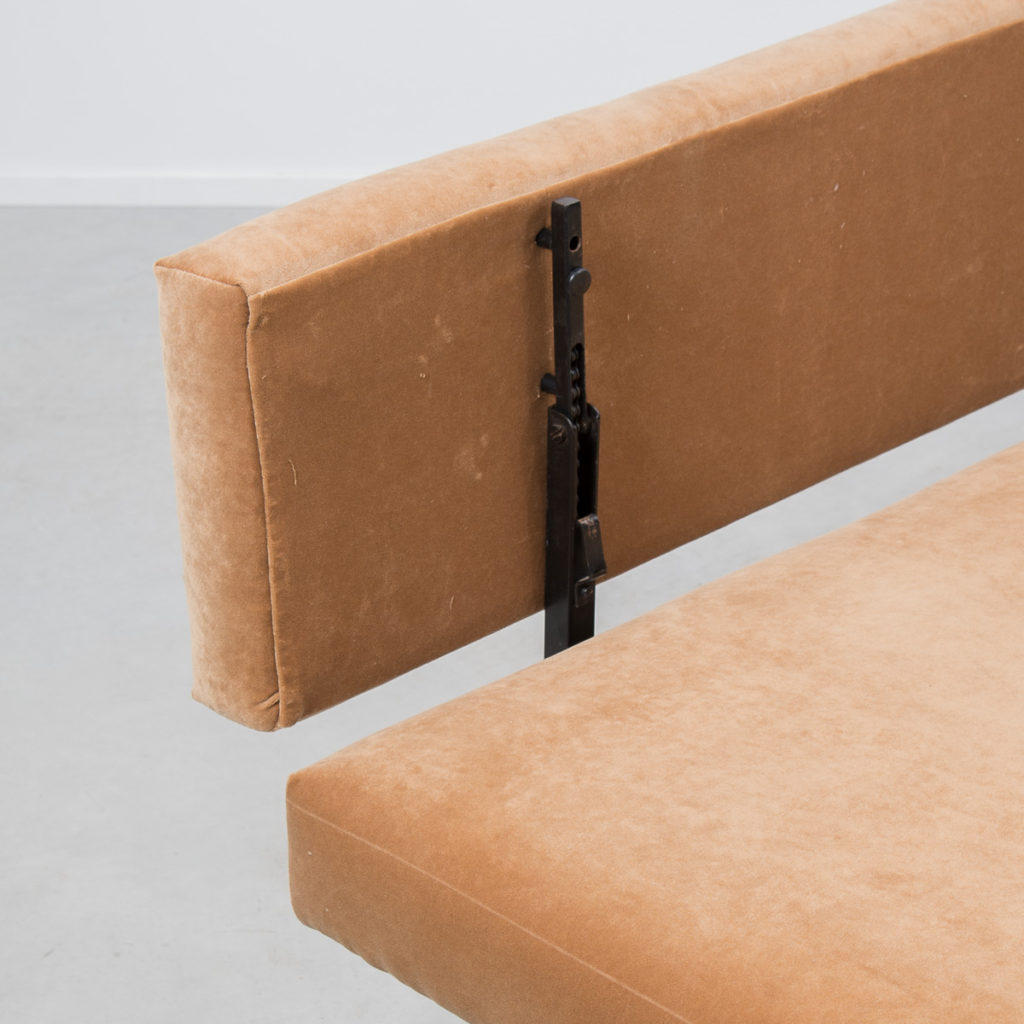 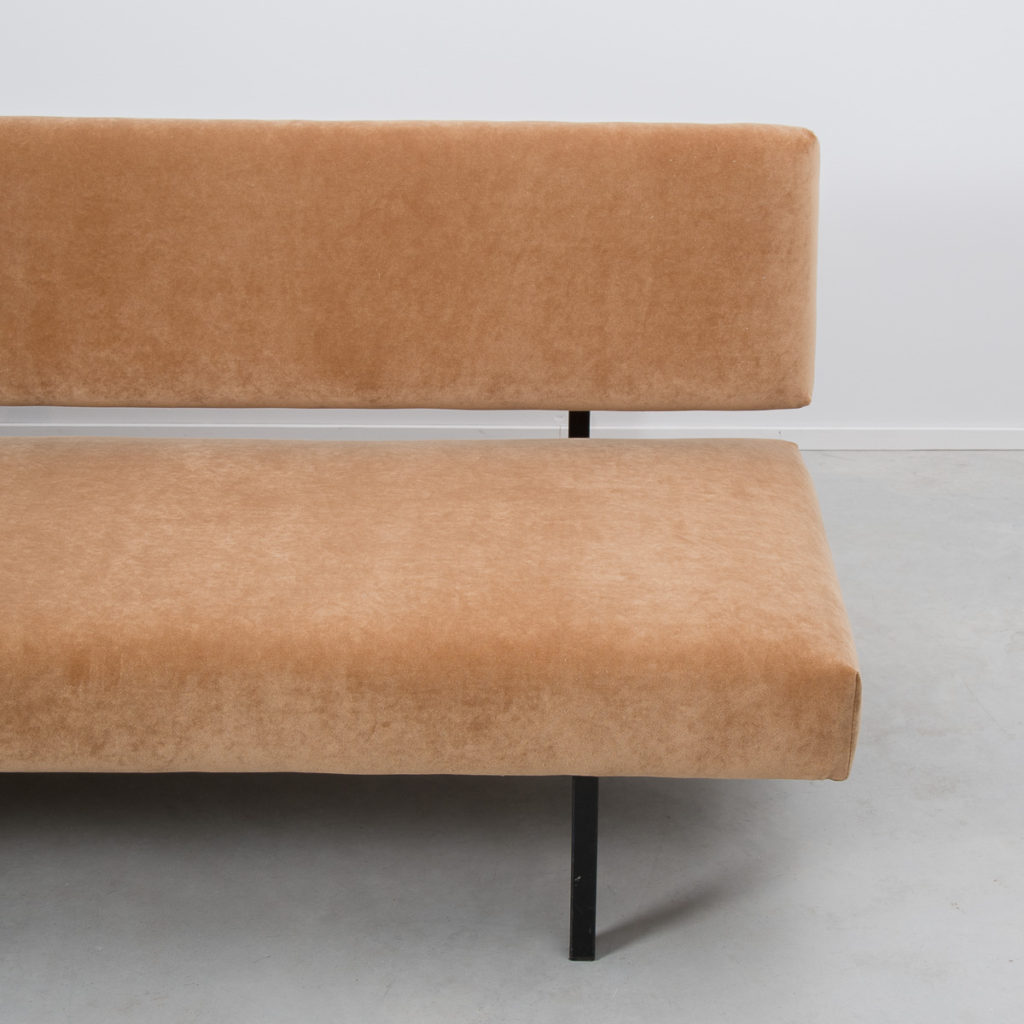 Martin Visser (born 1922) was a celebrated Dutch furniture designer and art collector. He became Head Furniture Buyer for De Bijenkorf department store in Amsterdam after he presented one of the store’s buyers a set of furniture he had self-produced for a friend. In 1954, while working at Bijenkorf, Visser impressed manufacturing company ‘t Spectrum, who invited Visser to head up the design team – a position he held until the 1970s.

Visser’s work is charactered by a rational minimalism. His use of square steel tubing for the legs of his chairs, tables, and storage pieces has become his signature. This is an exceptional piece, reupholstered in velvet. It has a mechanism which pulls the seat flat to transform the piece into a single bed for guests.