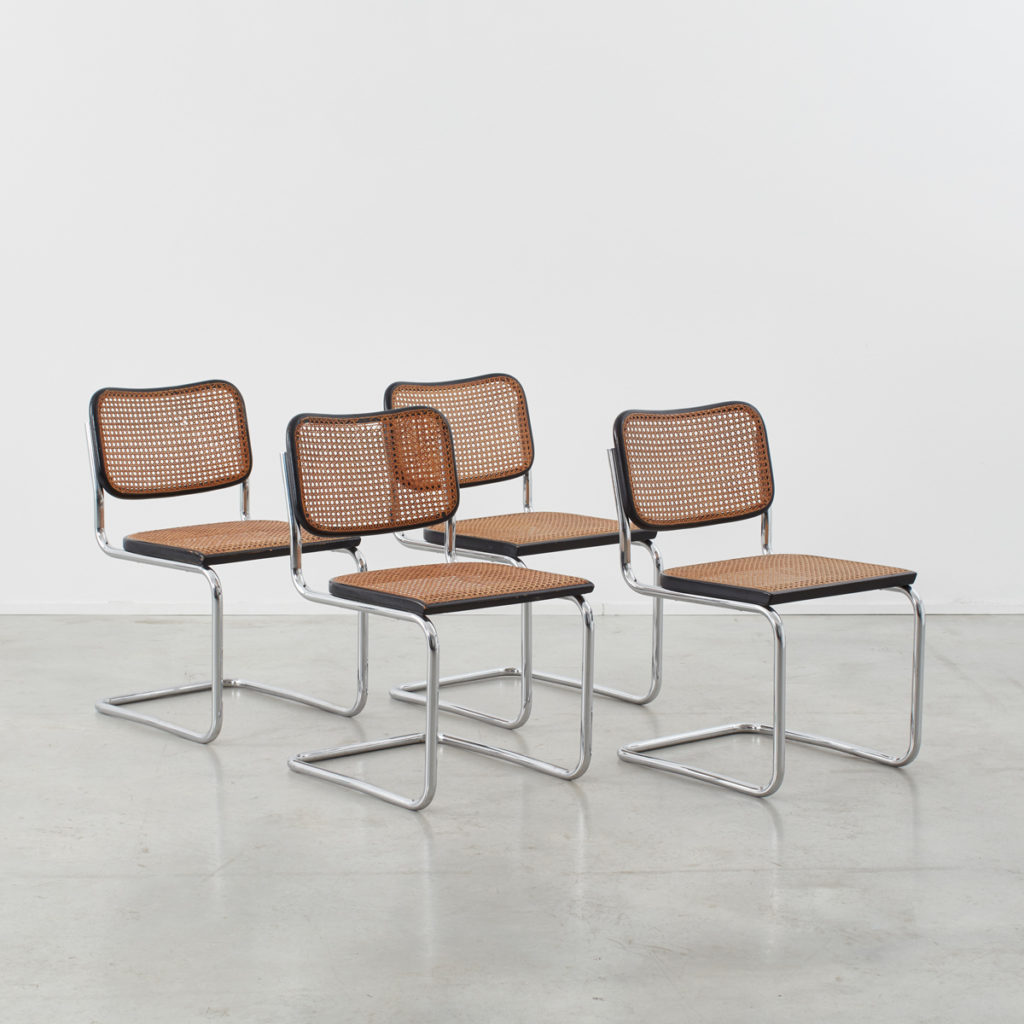 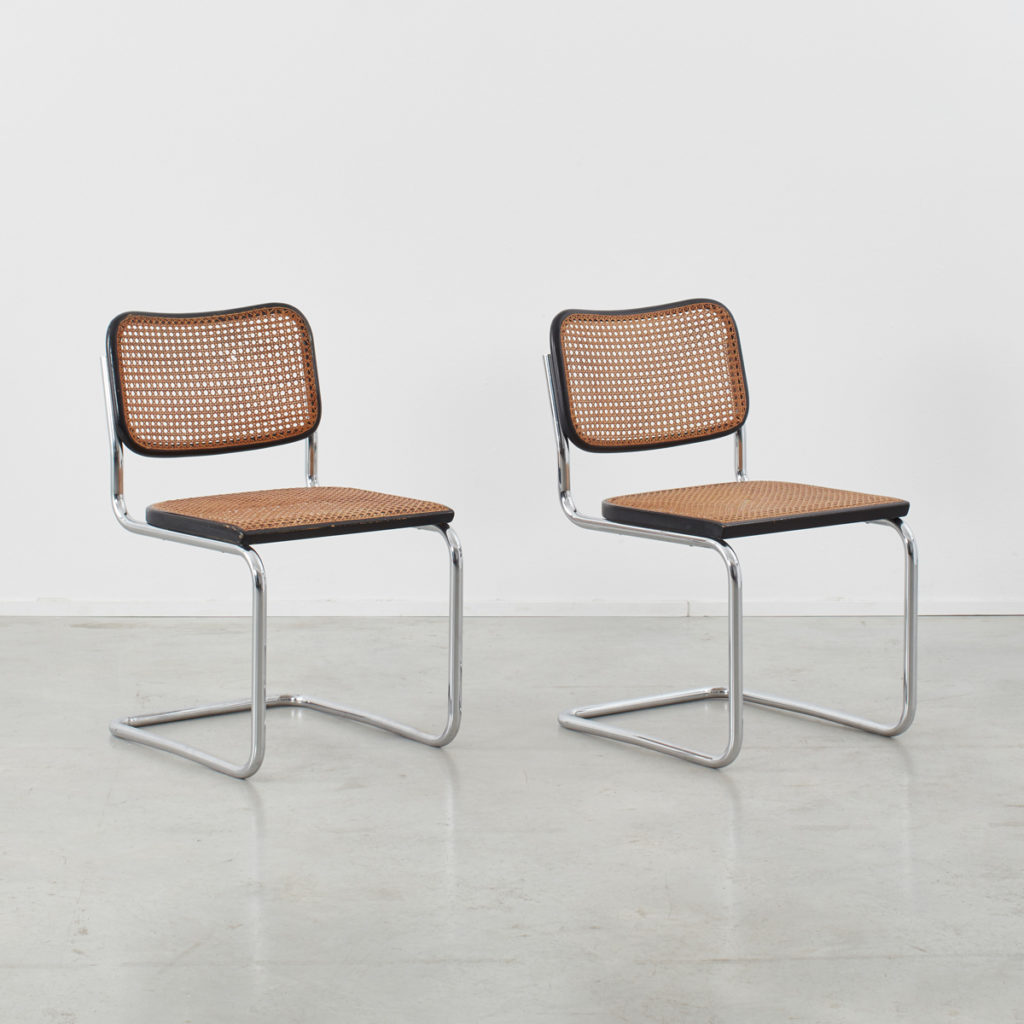 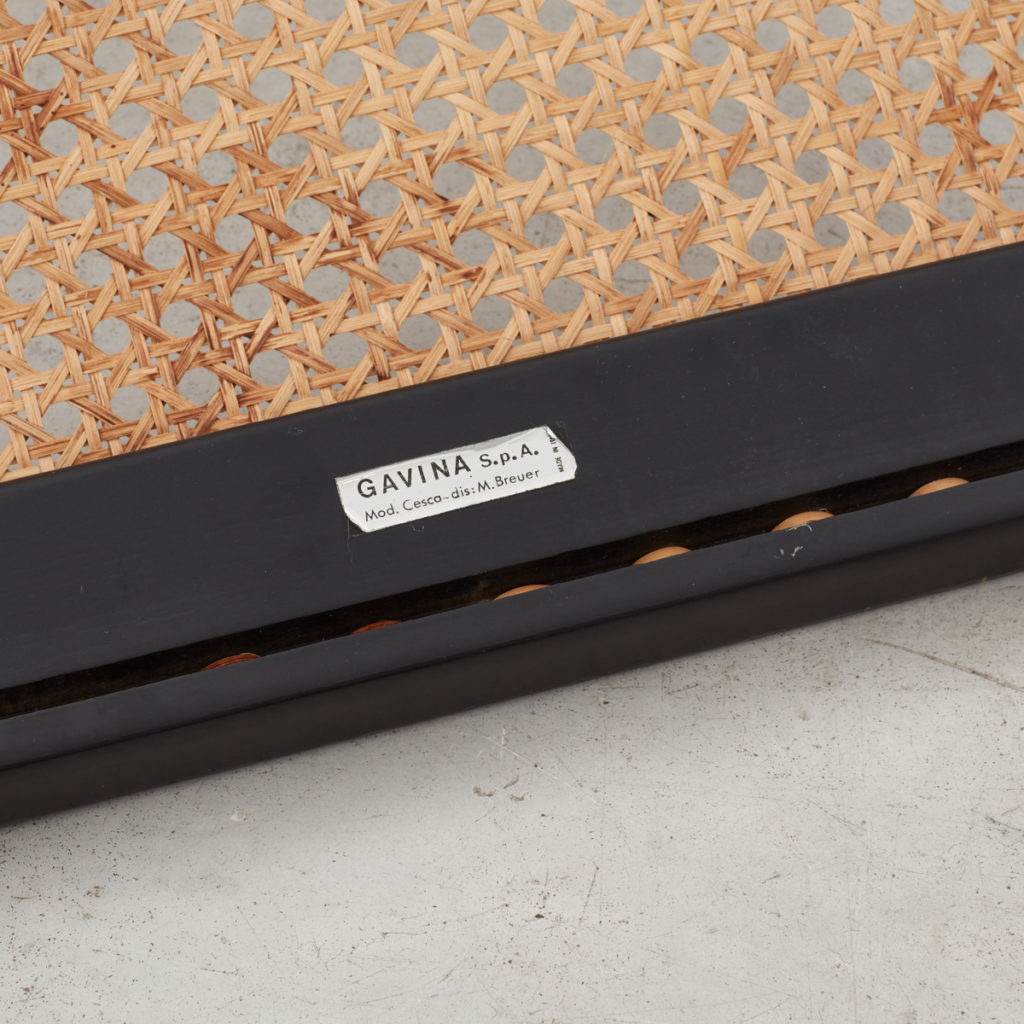 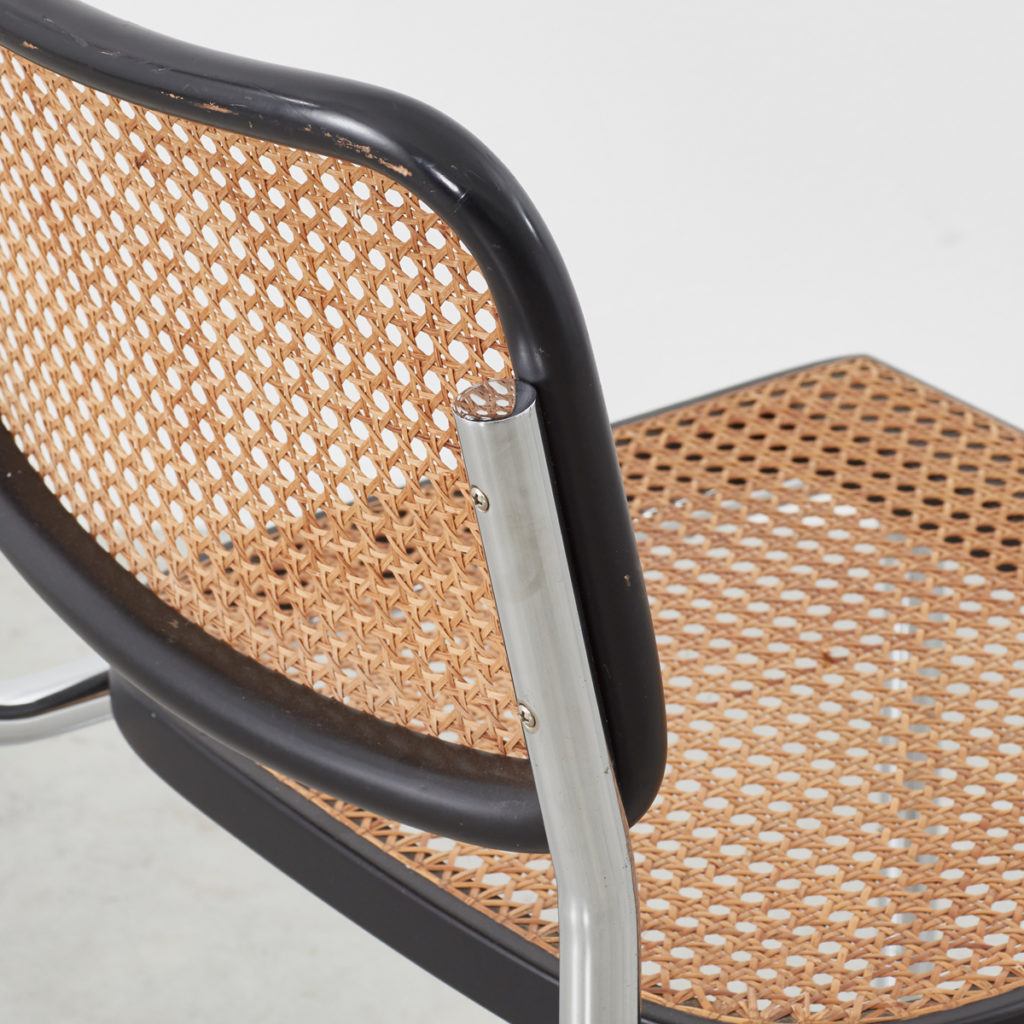 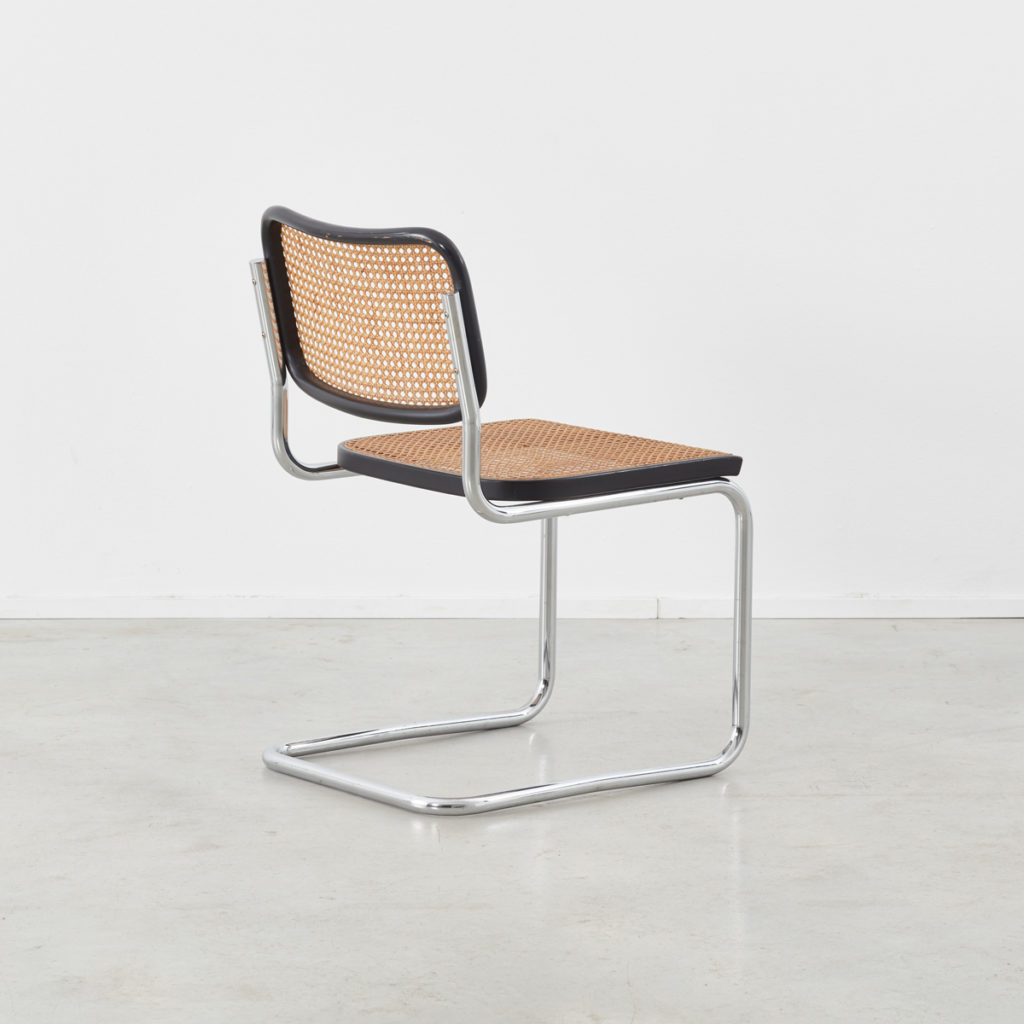 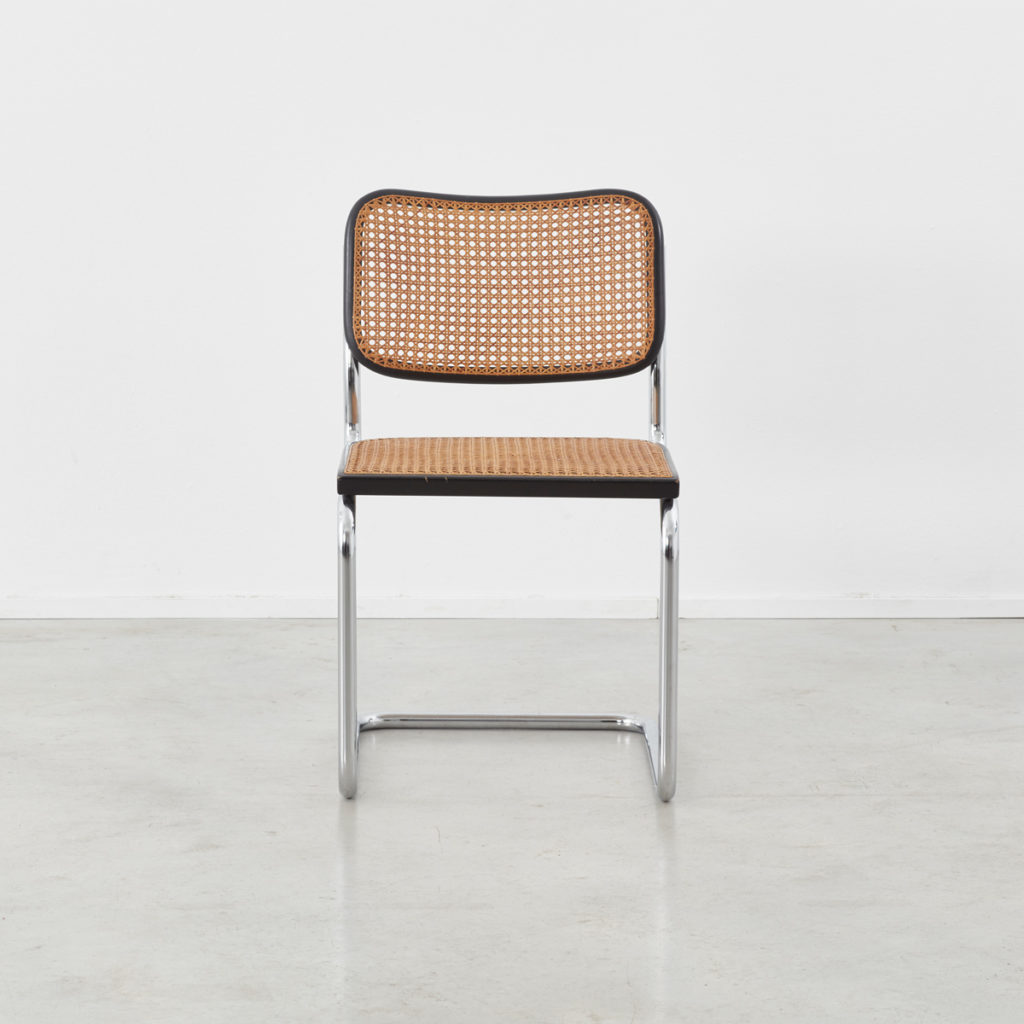 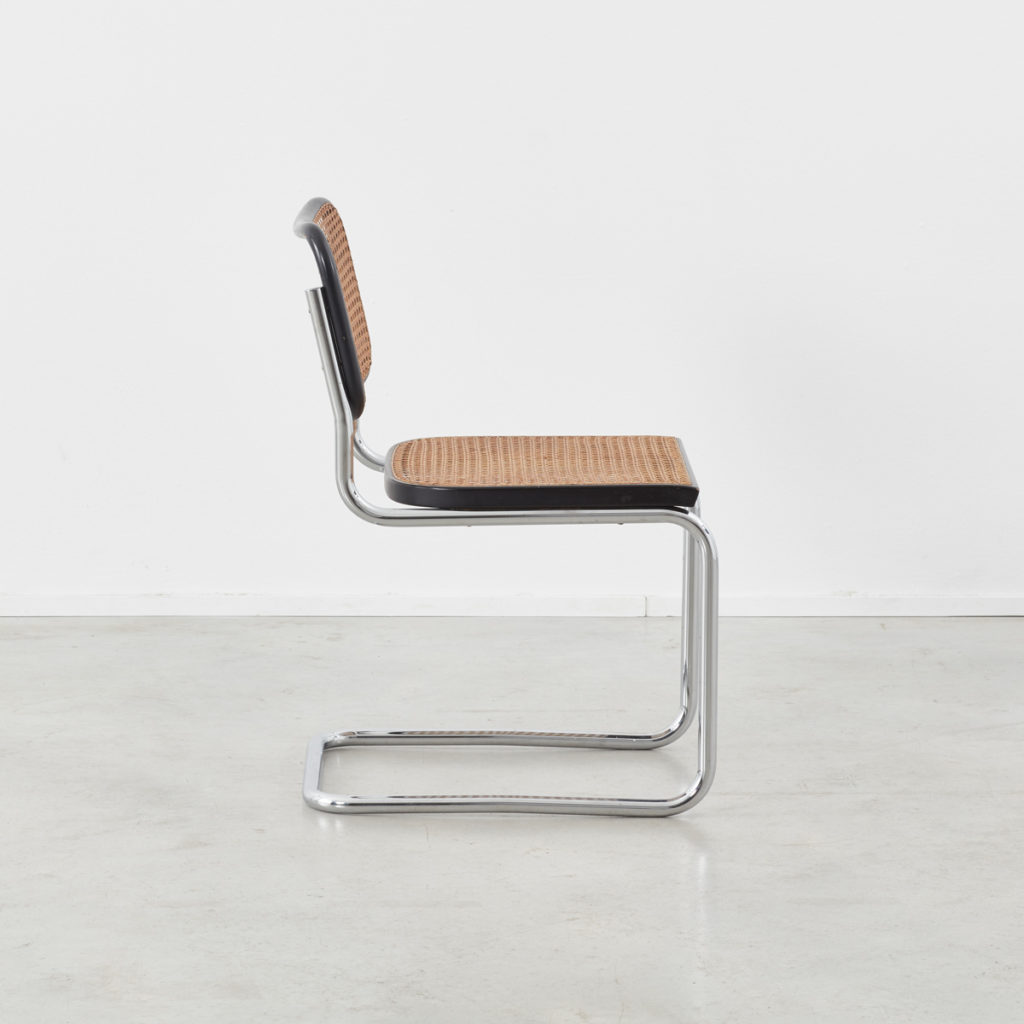 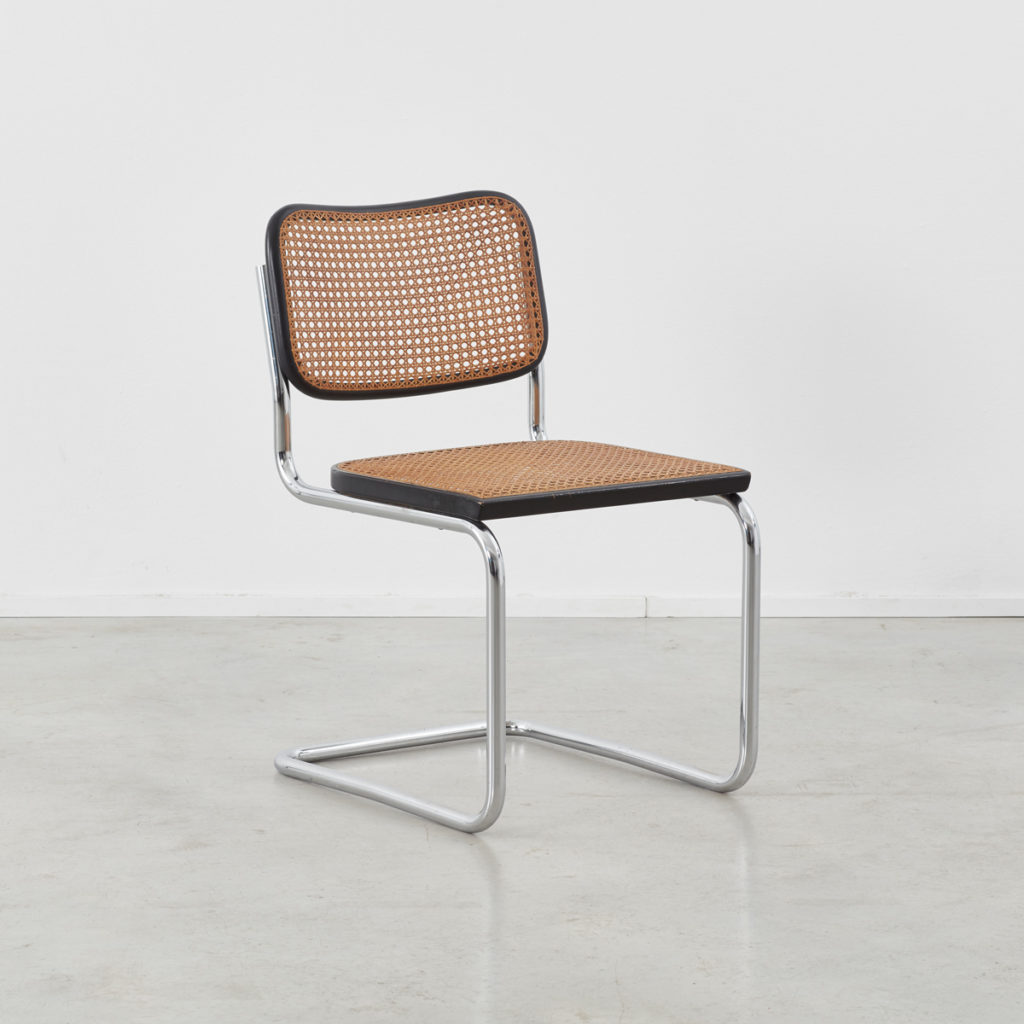 Designer and Architect Marcel Breuer (1902 – 1981) was an incredibly influential figure. When only 23 years of age, a talent at the Bauhaus, he pioneered the use of tubular steel in furniture manufacturing. Through this innovation he created several iconic design classics such as the Wassily chair as well as the Cesca chair.

The first license of Cesca chair was owned by Thonet, produced until World War II. After the war Dino Gavina a furniture manufacturer in Foligno in Italy was granted permission to take over manufacture. The design became ubiquitous with mid-century design and was heavily reproduced. However, on these the Gavina mark is present underneath the seats on three of them.

The ones pictured are sold, but we do have an identical set of four in stock. In good condition, with some minor scuffing to the frames in places.