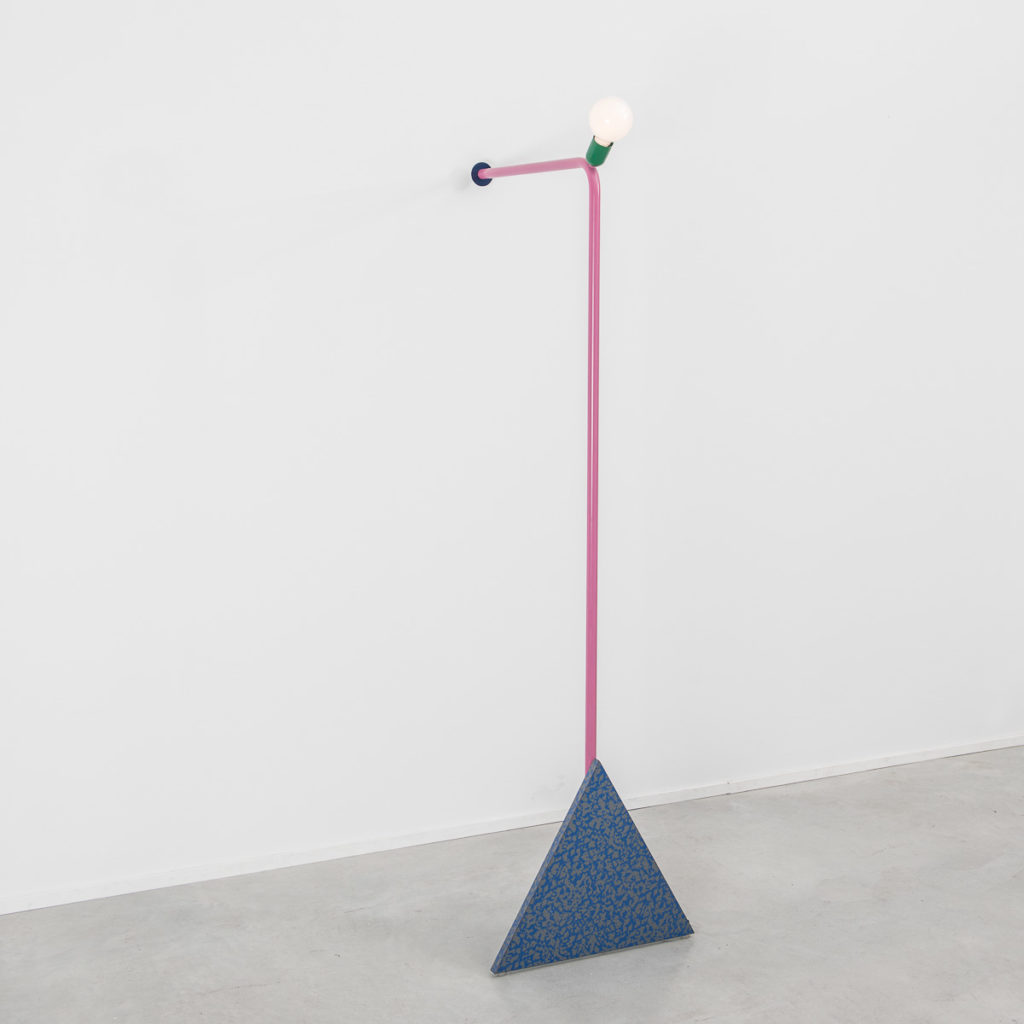 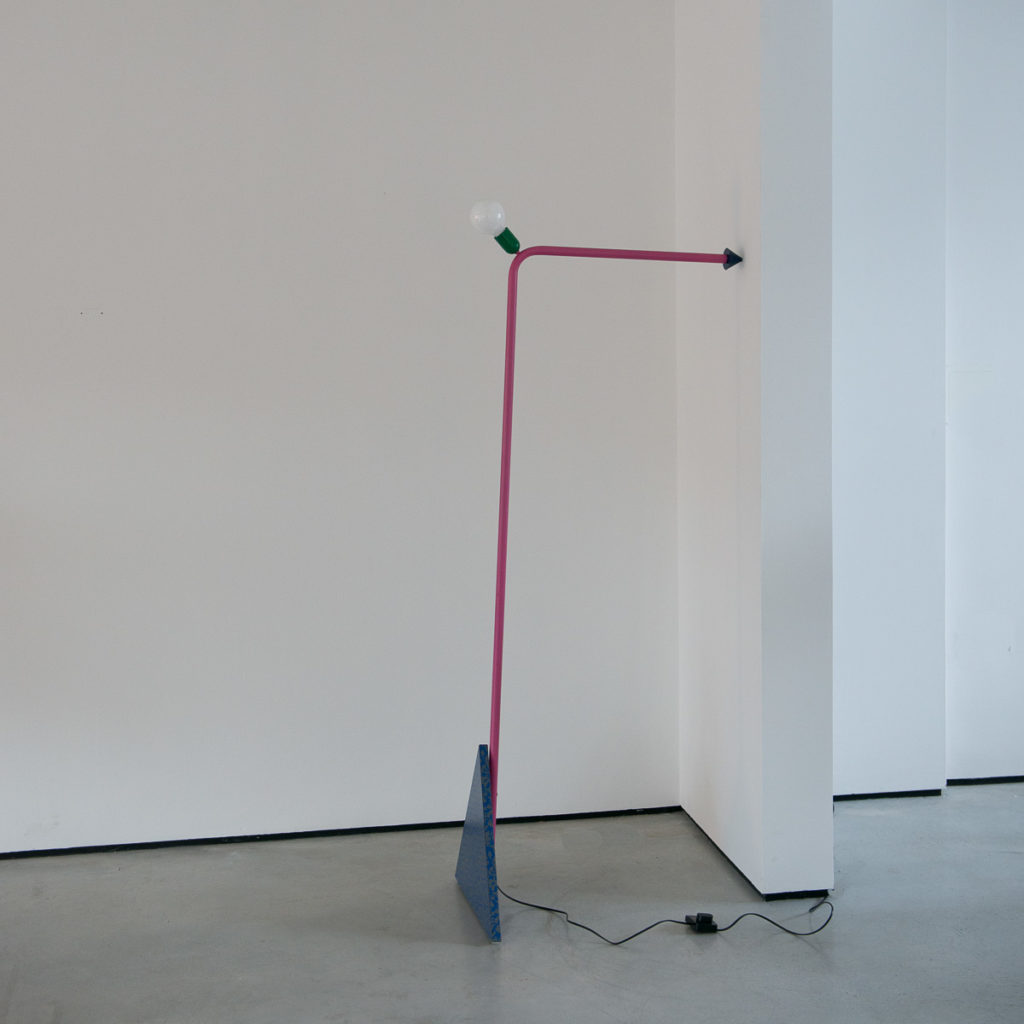 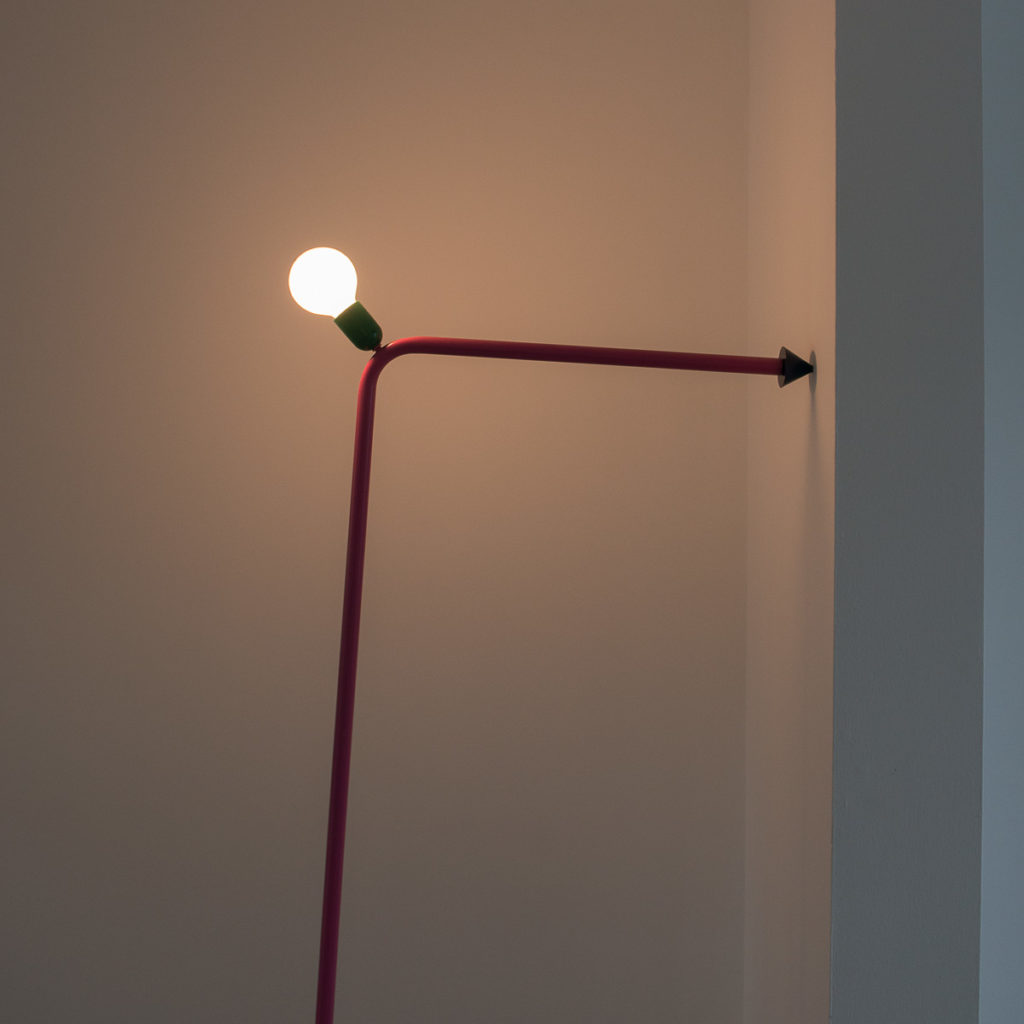 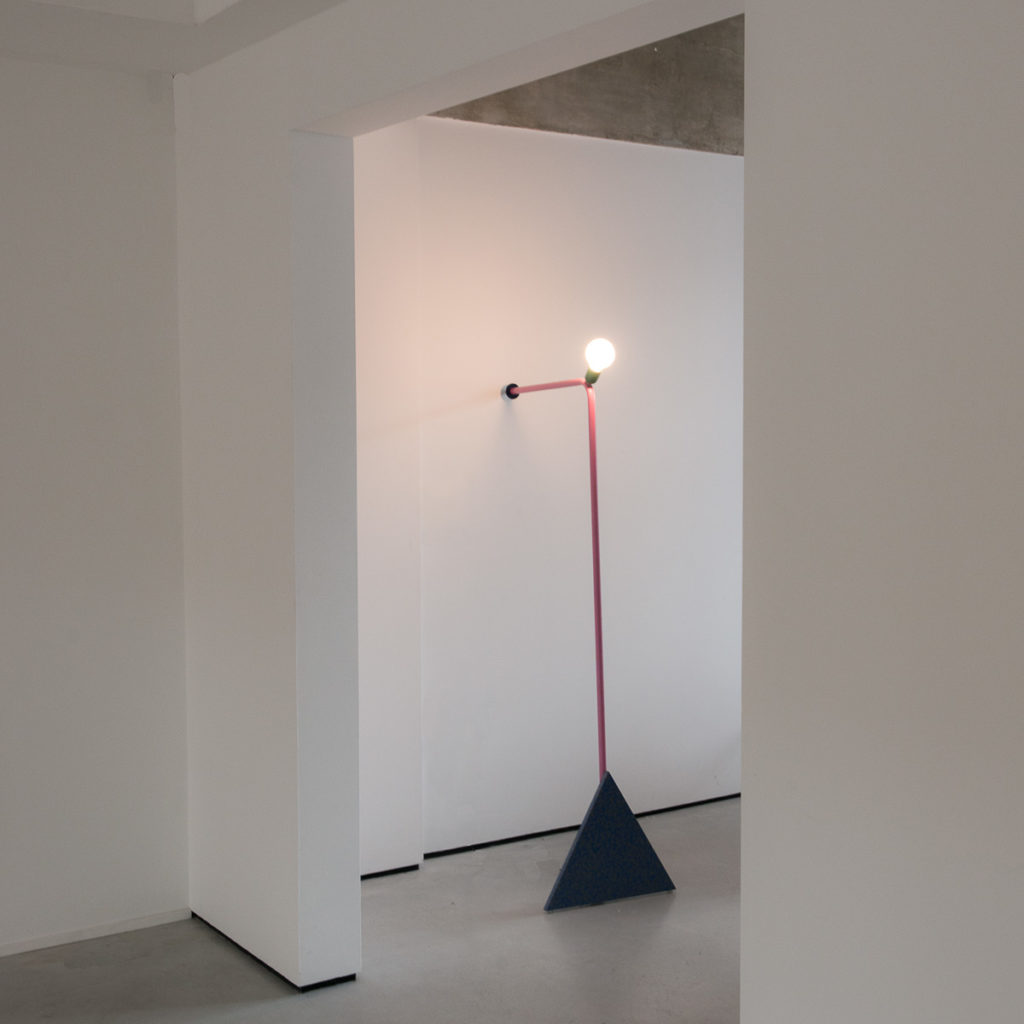 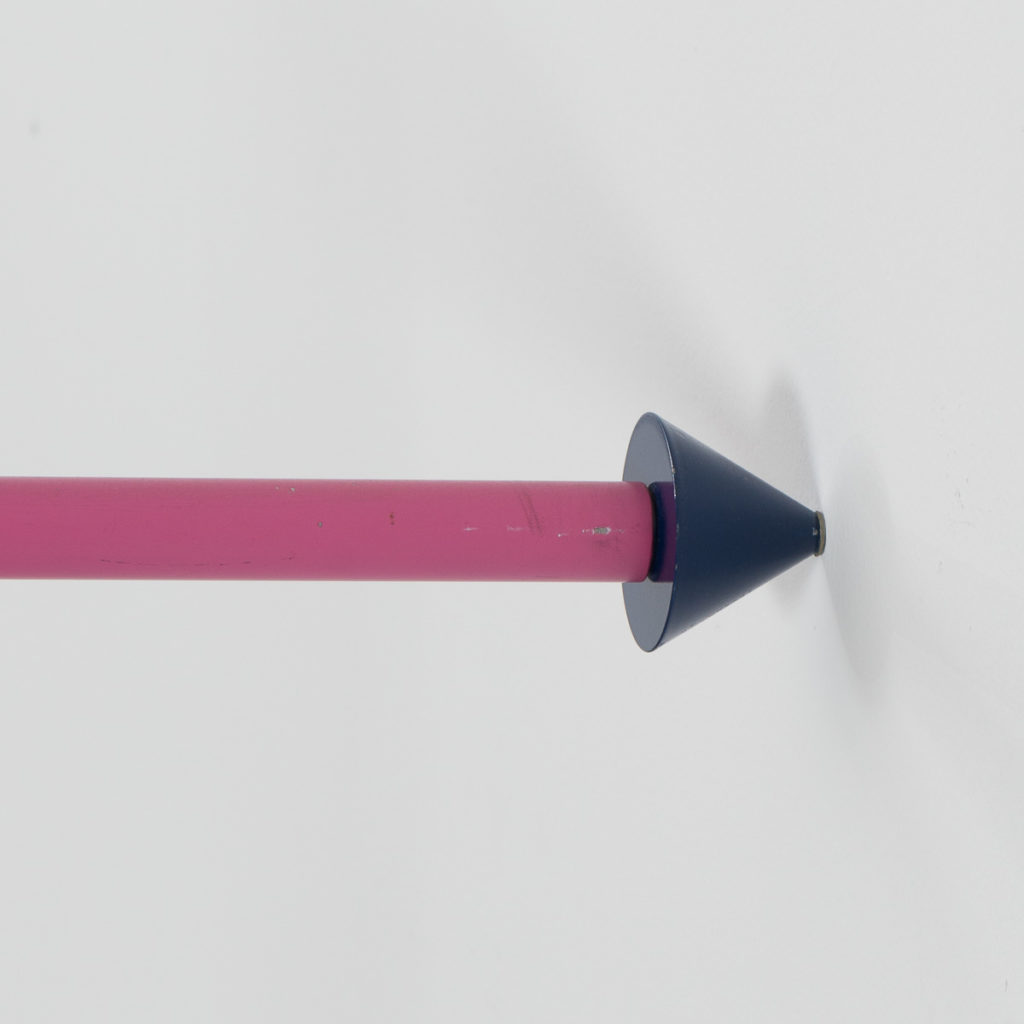 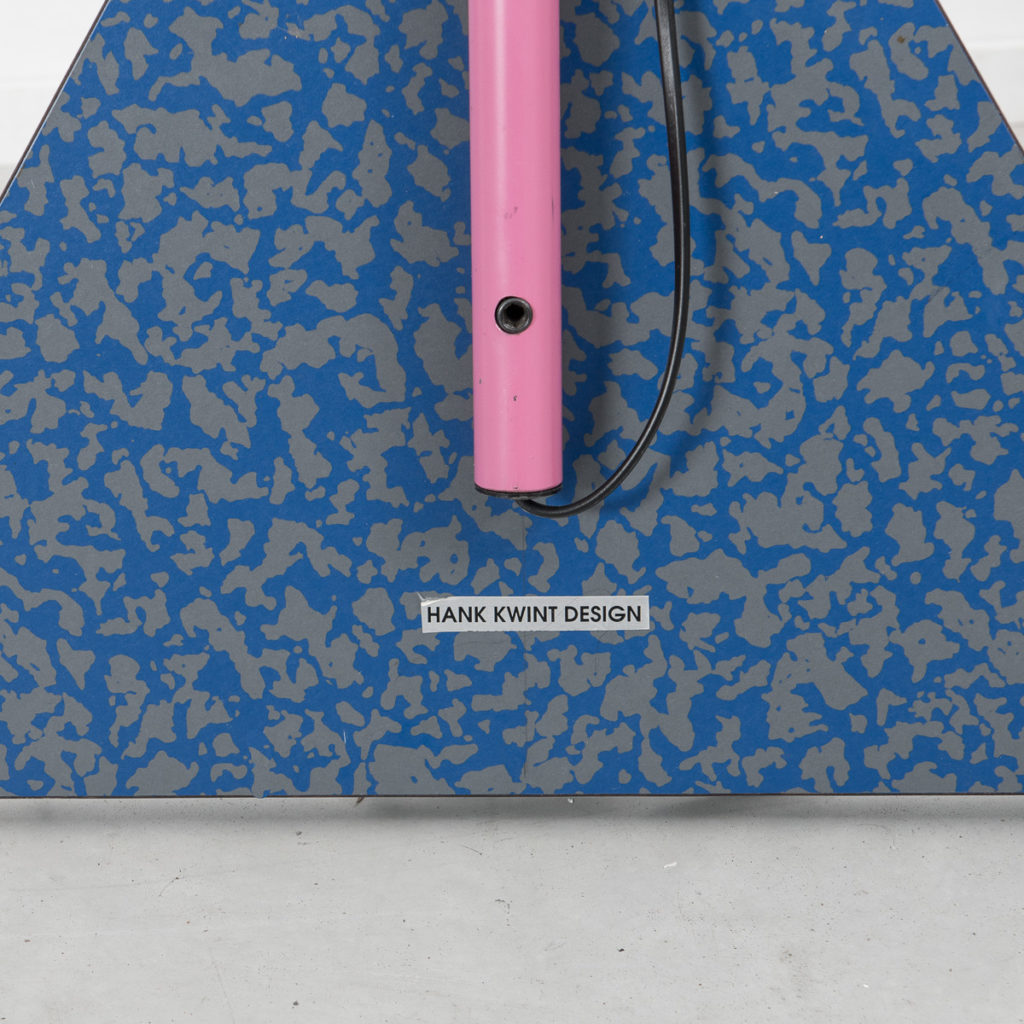 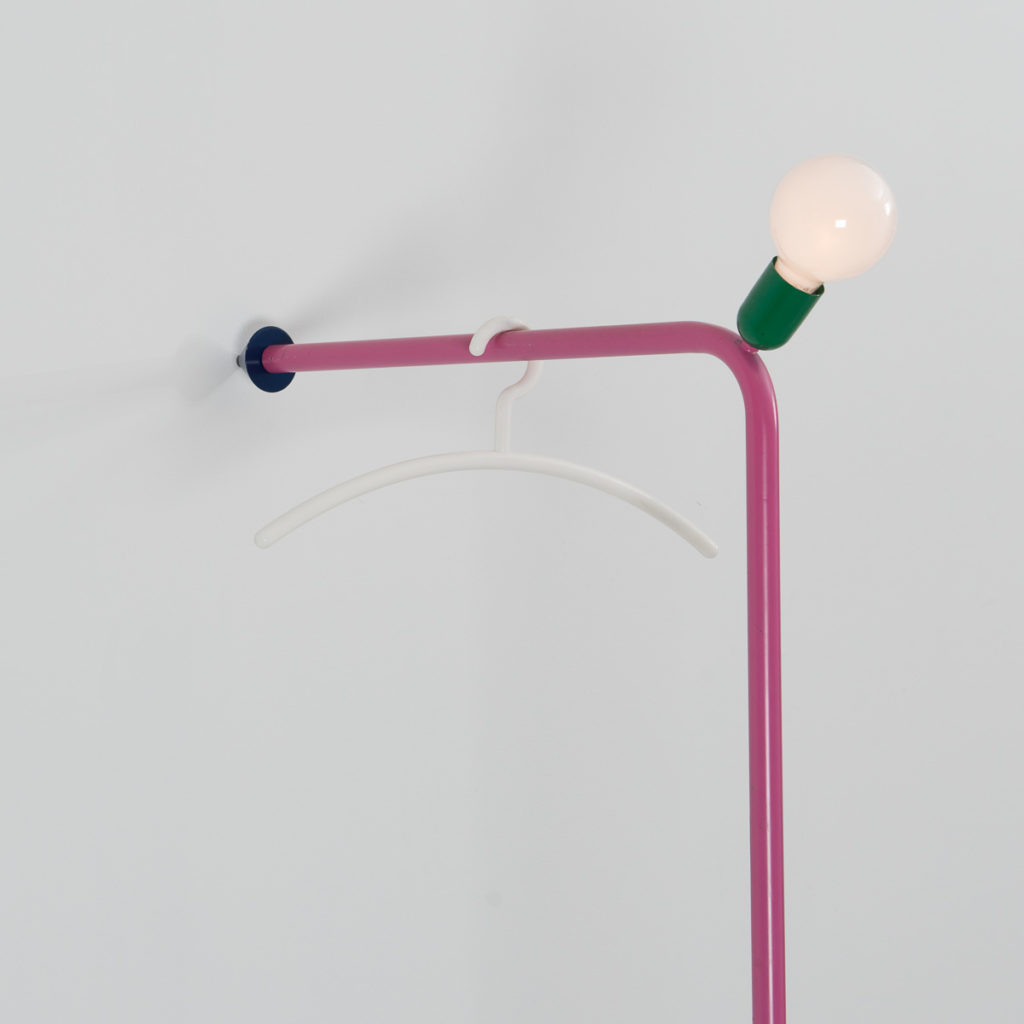 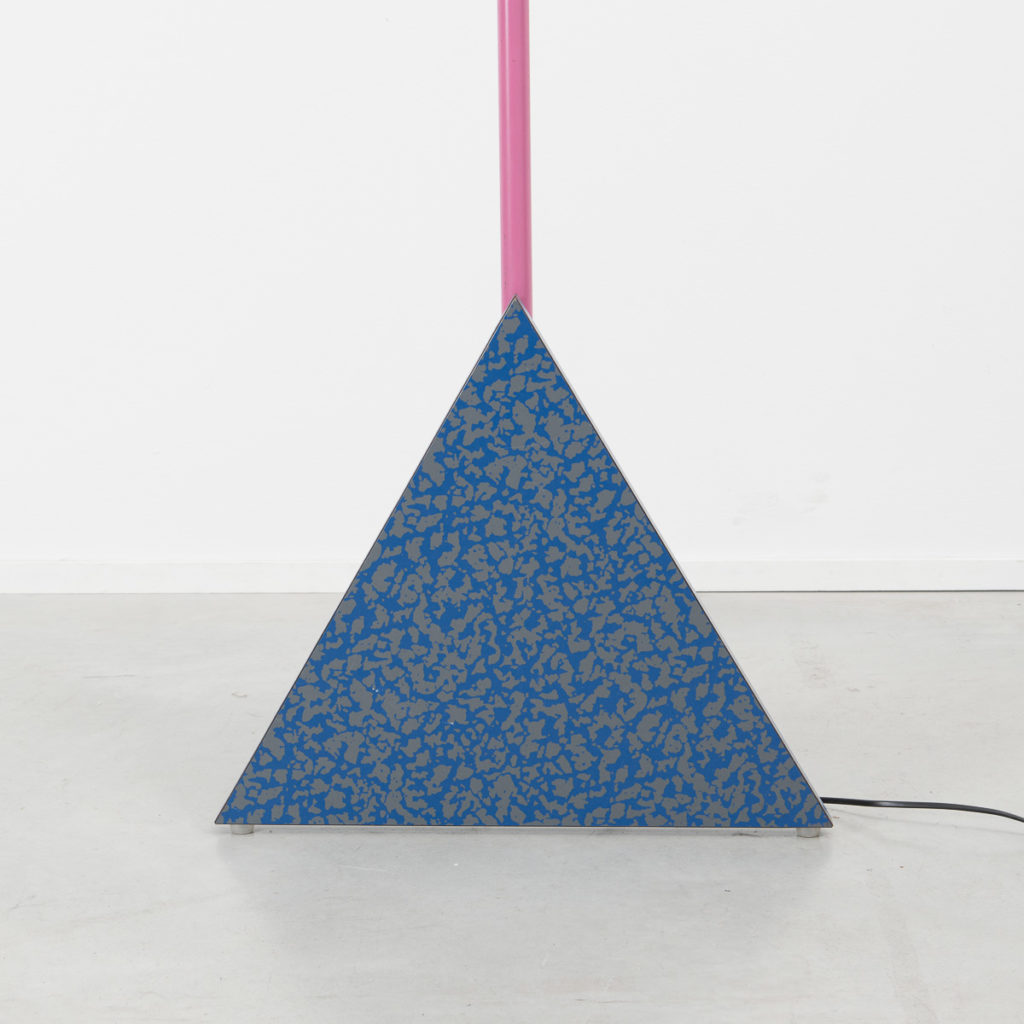 “Lean On Me” Coat Rack

Hank Kwint is a prolific yet highly under rated designer from the Netherlands who has been putting pieces into production from when he graduated in 1981 until the present day. Whilst being keenly aware of what was going on in Italy with the Memphis movement in the early 80s he was inspired by a meeting with Allexandro Mendini during a trip to Italy.

We have acquired three extremely special pieces directly from the collection of the designer from his Memphis inspired period.

The “Lean On Me” coat rack has bright pink frame with a laminated base and arrow head point to the wall. The laminate used was ordered from Abet Laminati who produced the laminates used in all the significant Memphis pieces. Amazingly Hank still had the Abet Laminati sample book containing all the Memphis laminates. A light bulb mounted on the corner of the frame sheds some light on this joyous construction. The more that is hung on it the more stable it gets!

One of an original production of around fifty. This piece is in excellent condition having come directly from the designer’s personal collection.