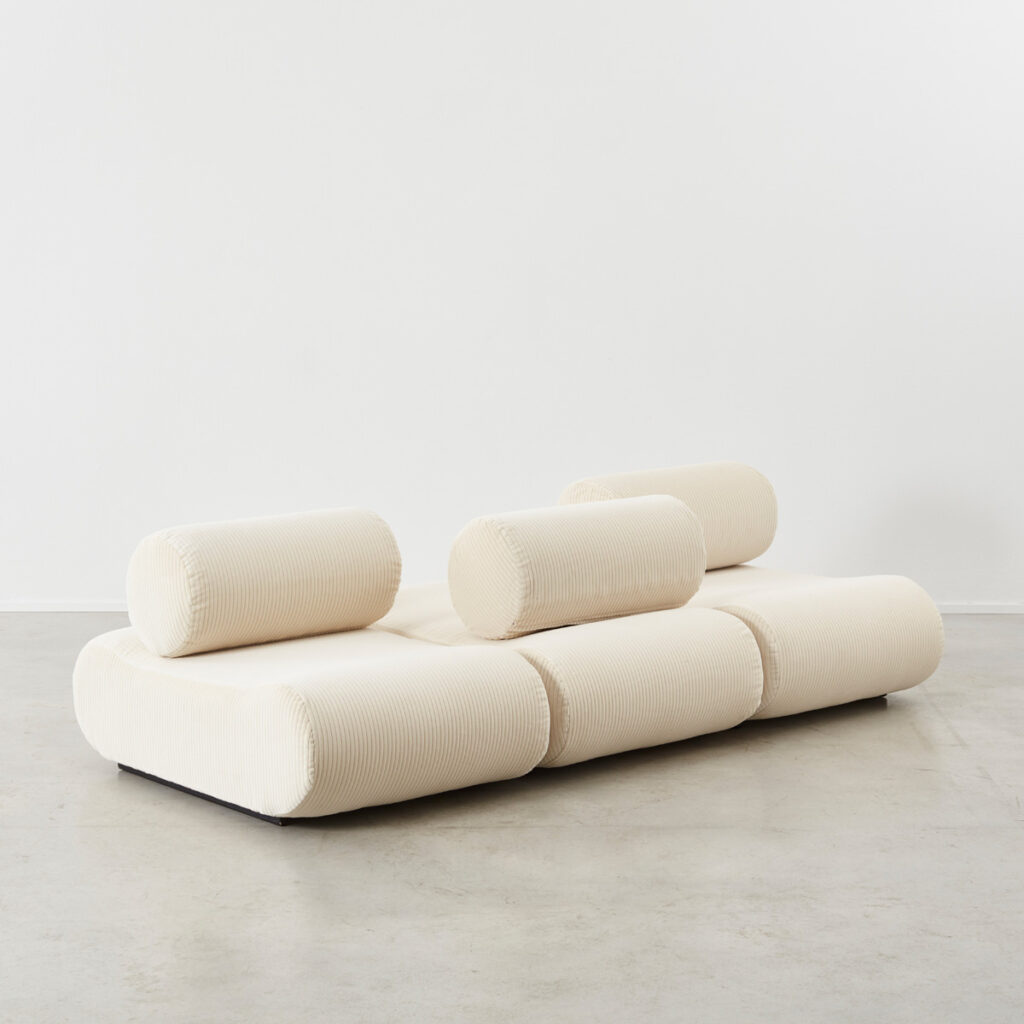 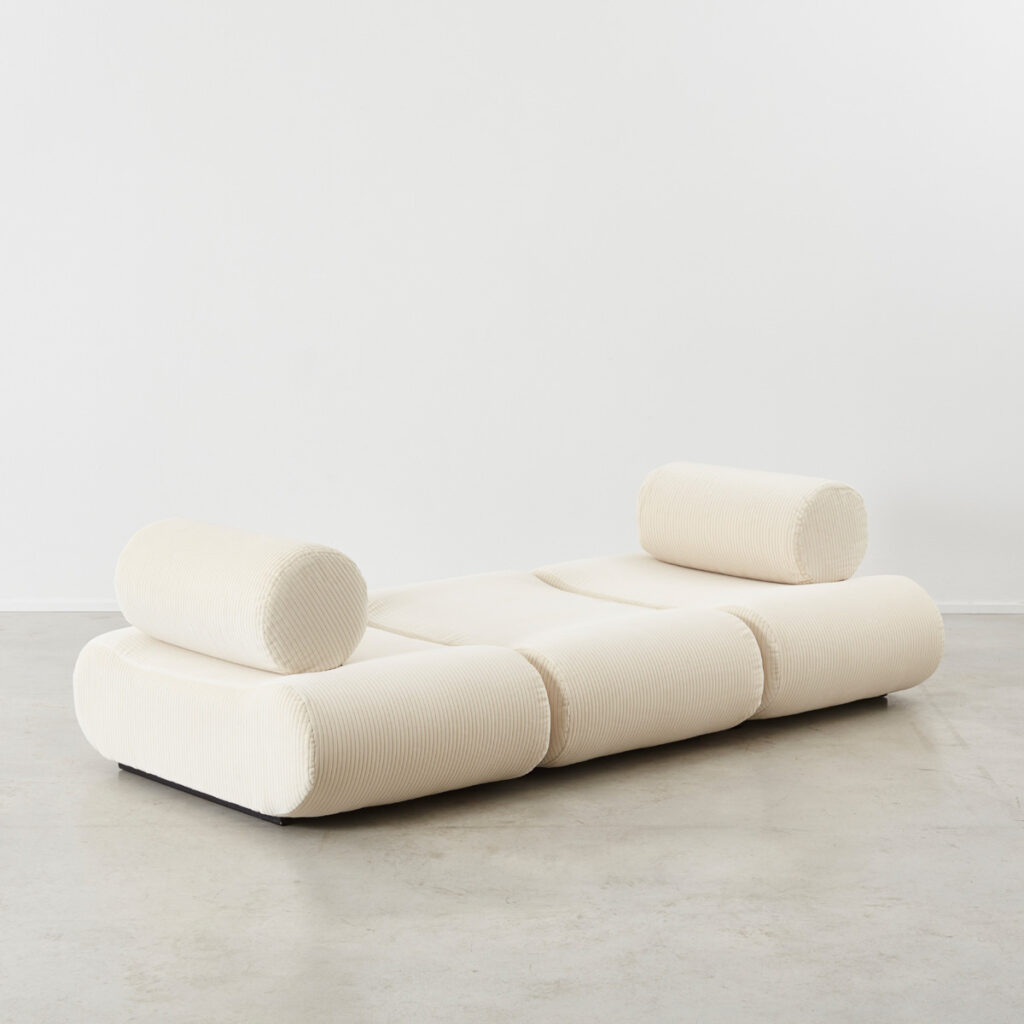 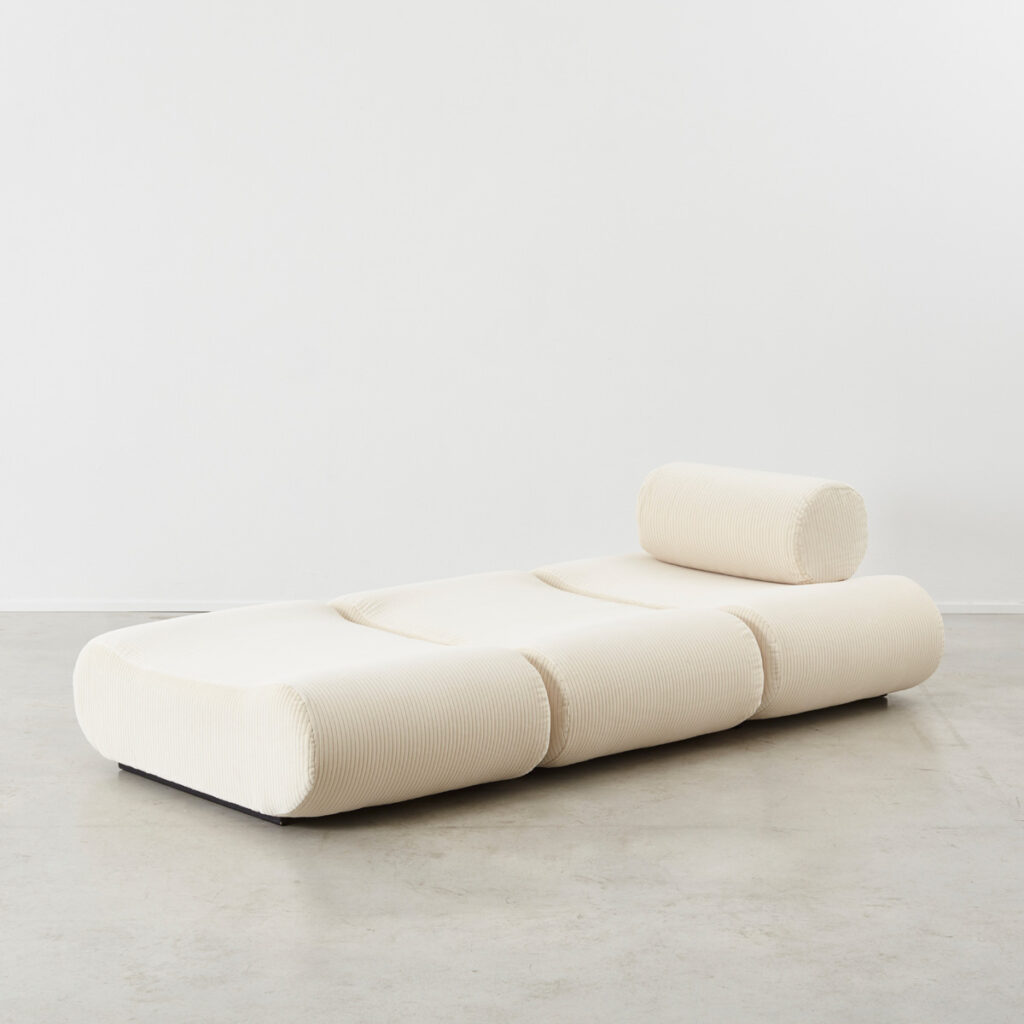 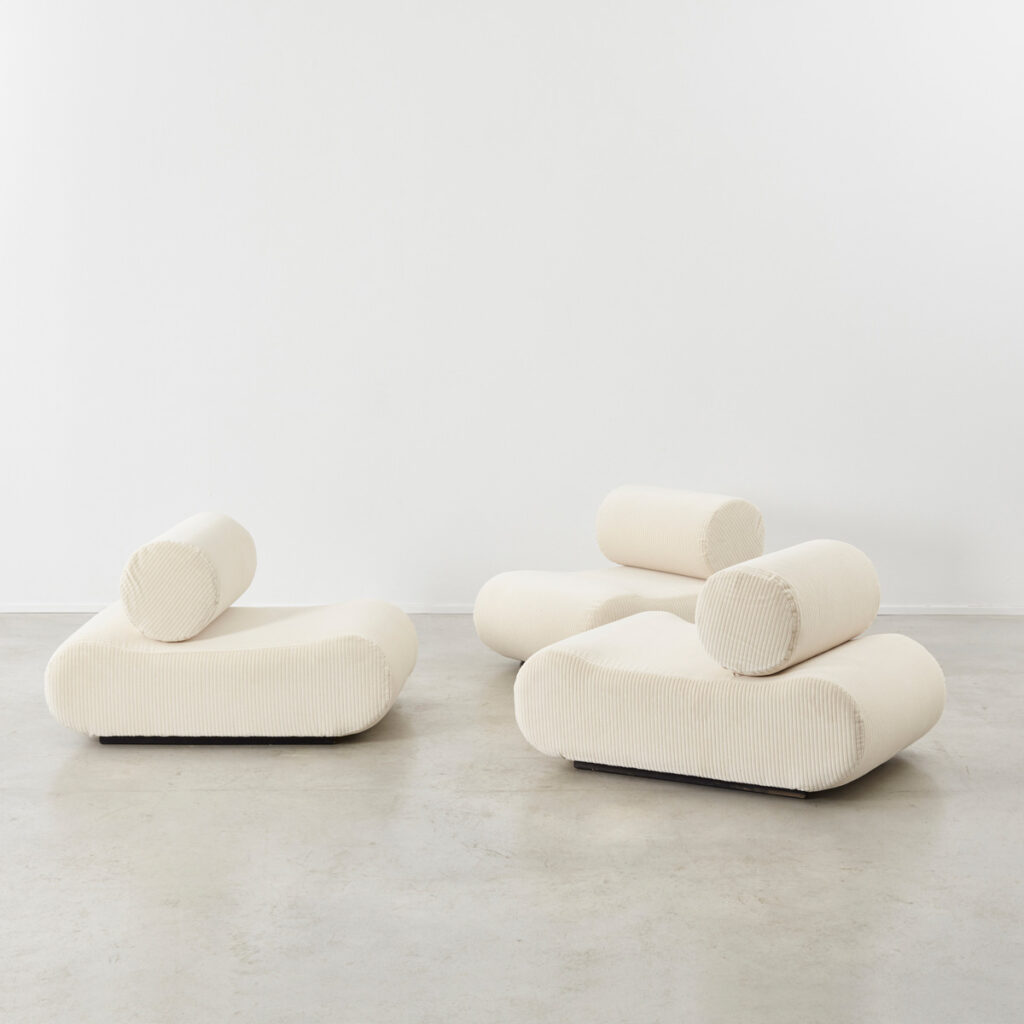 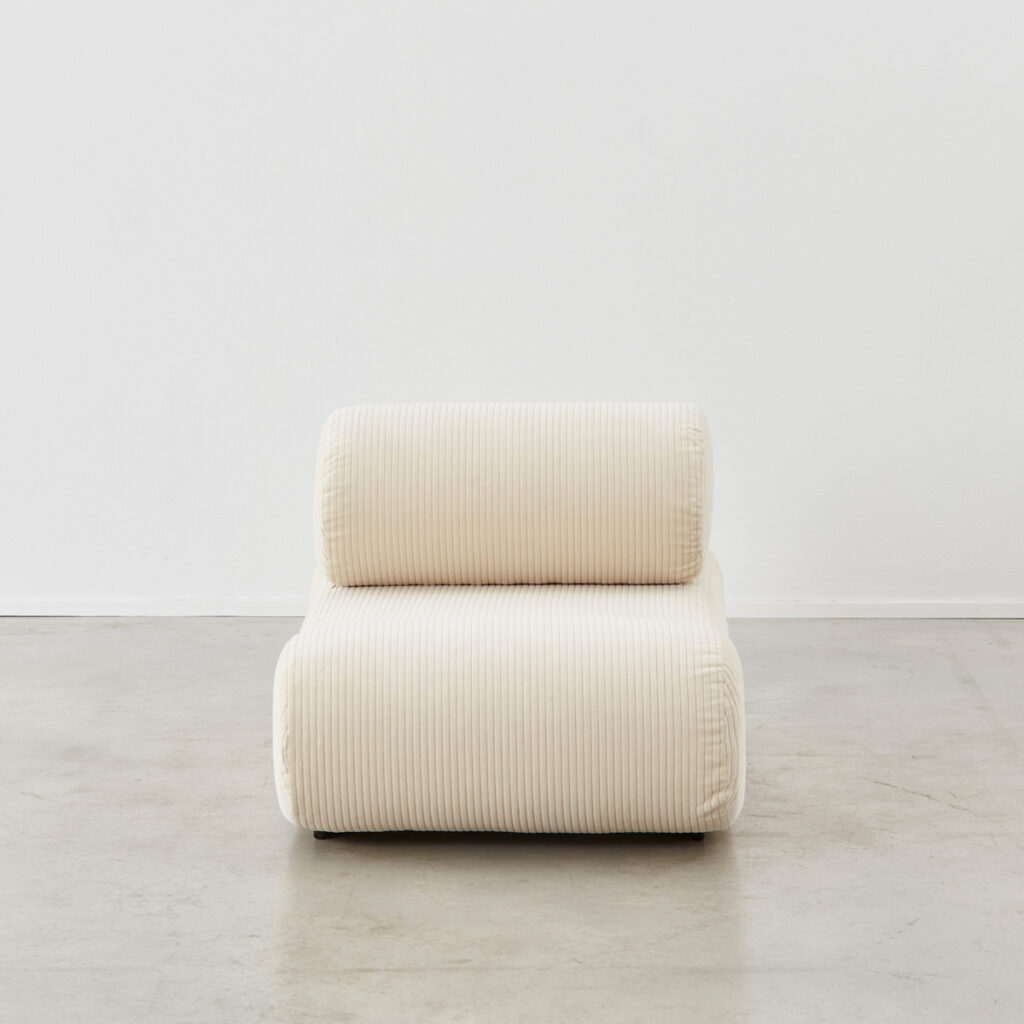 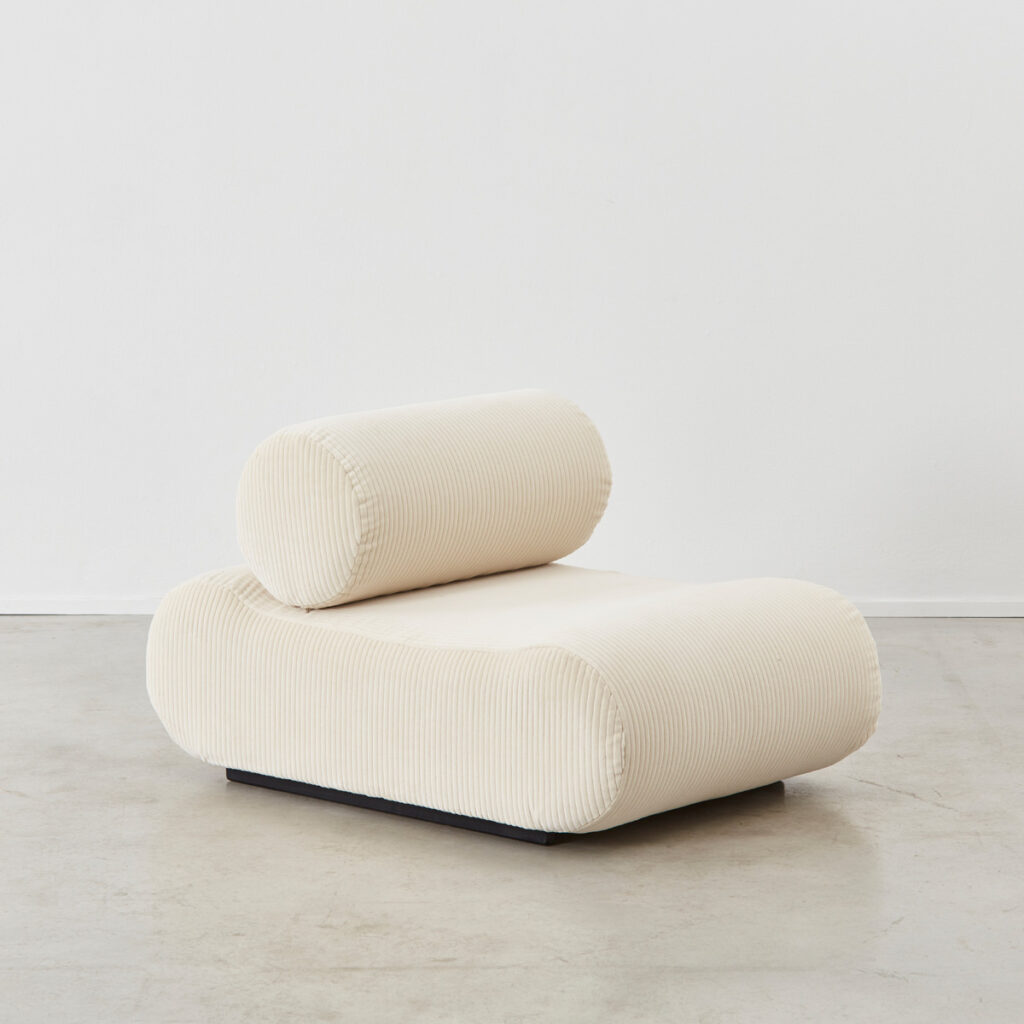 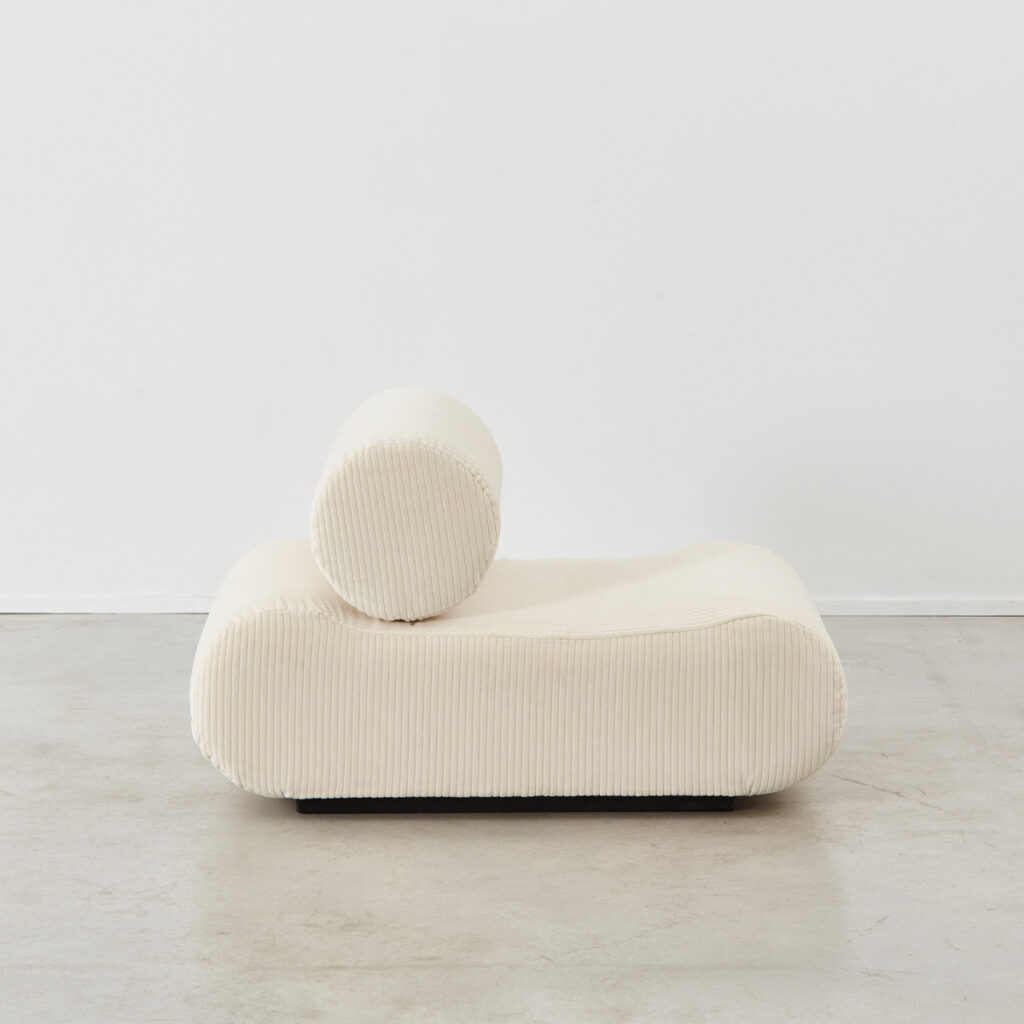 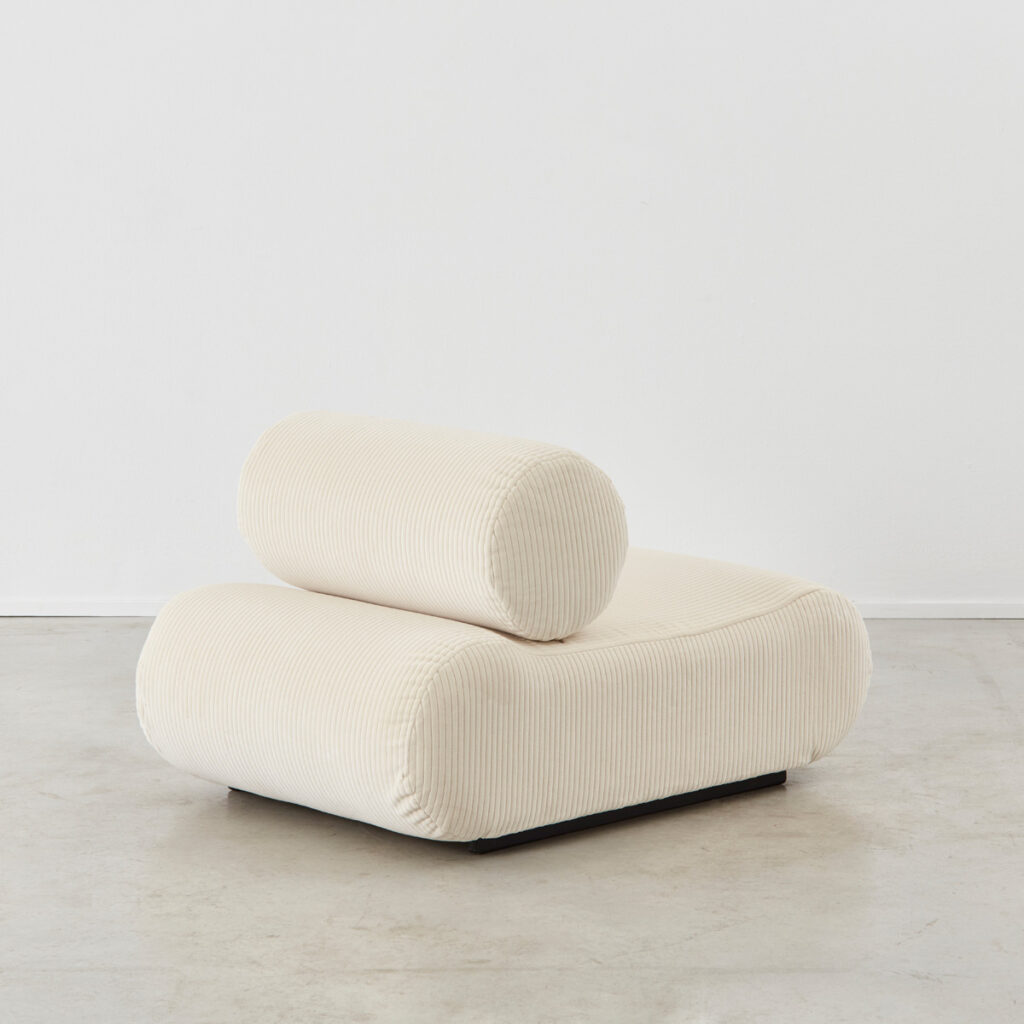 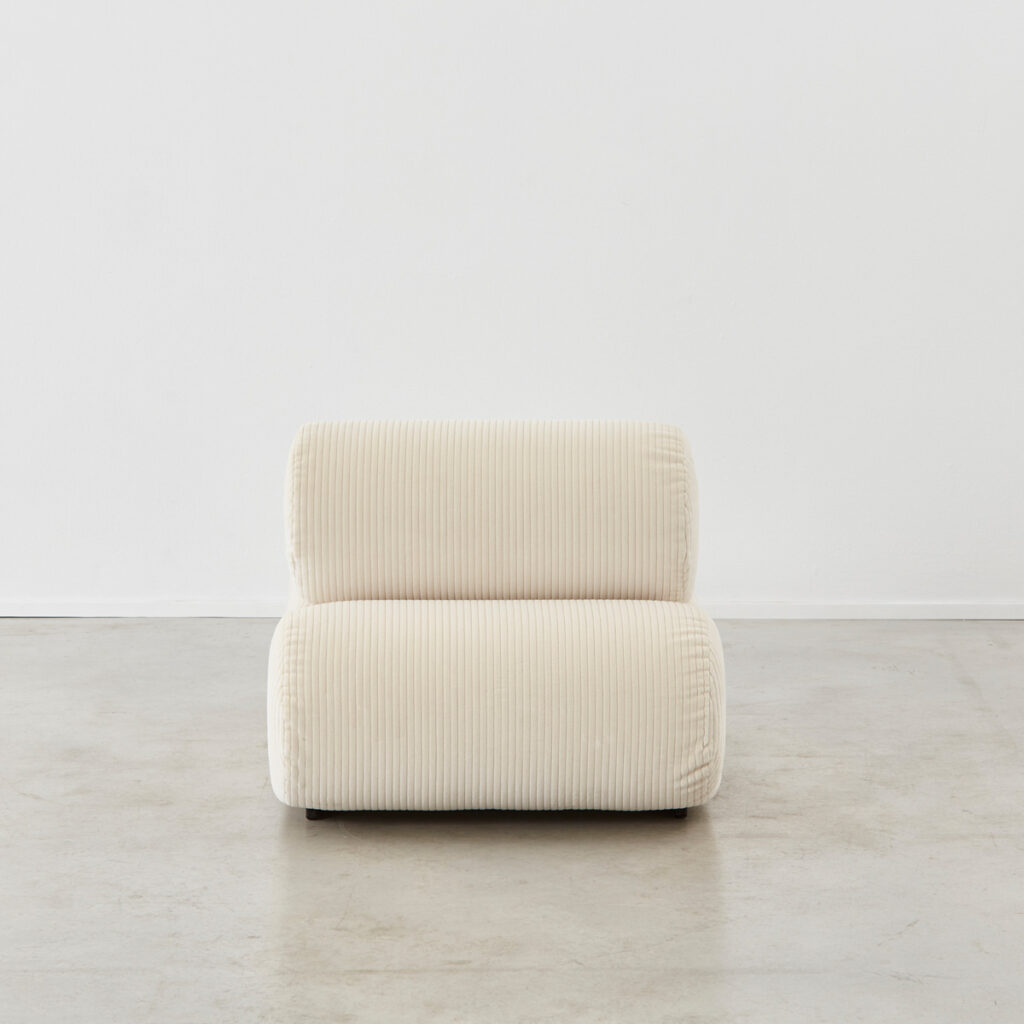 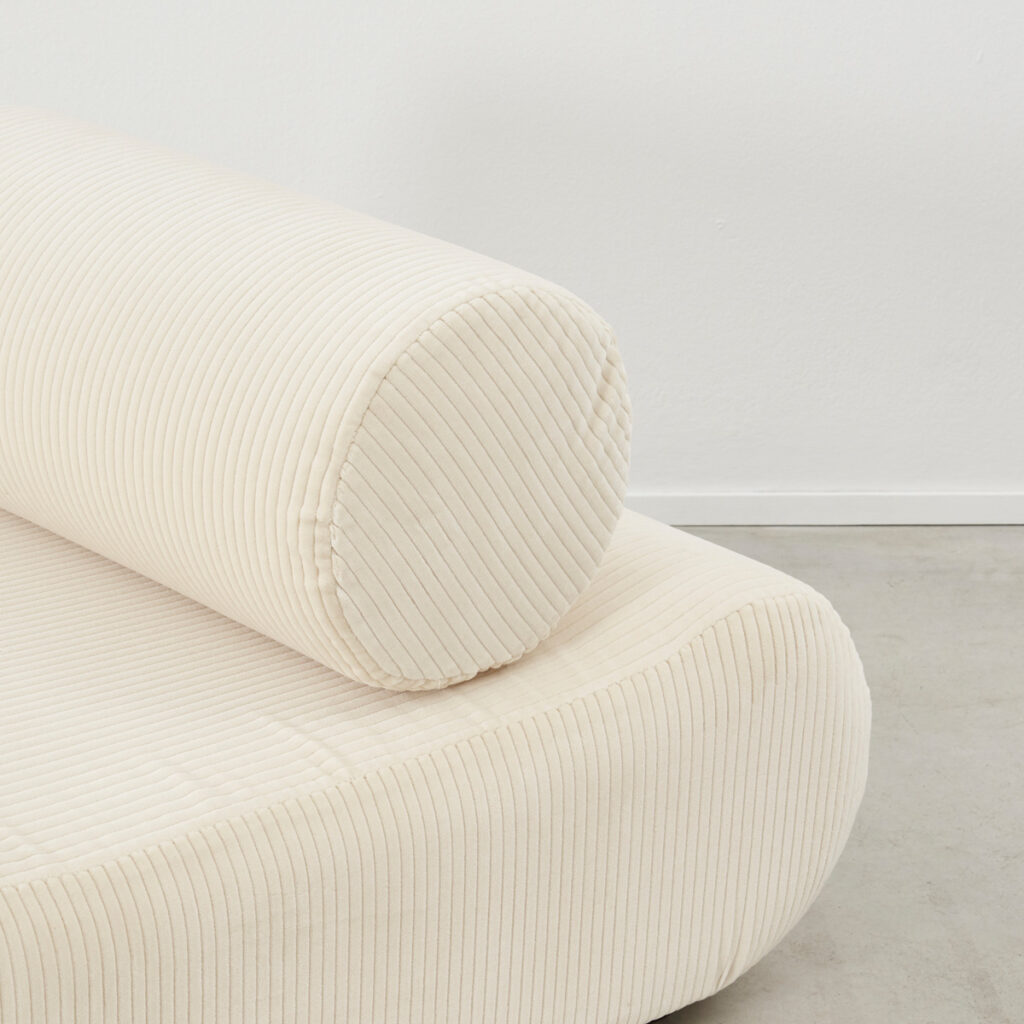 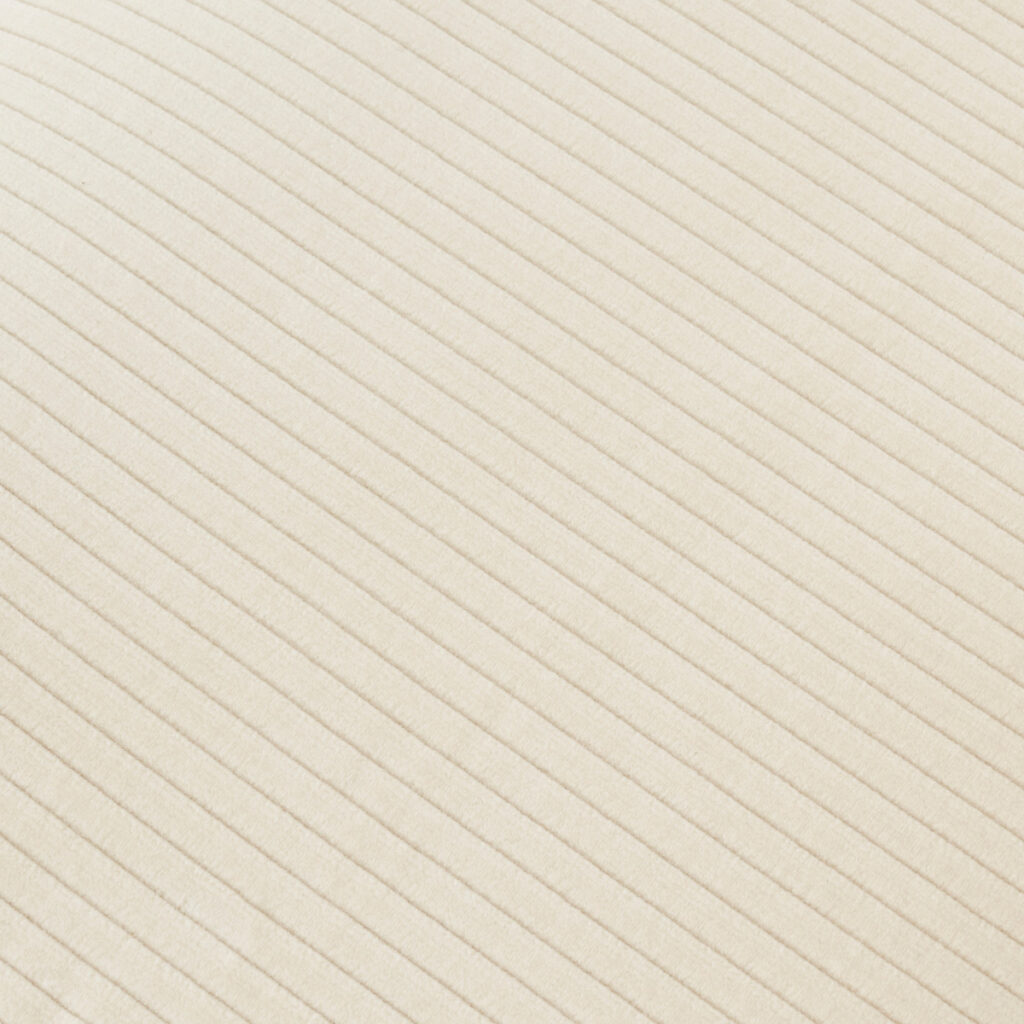 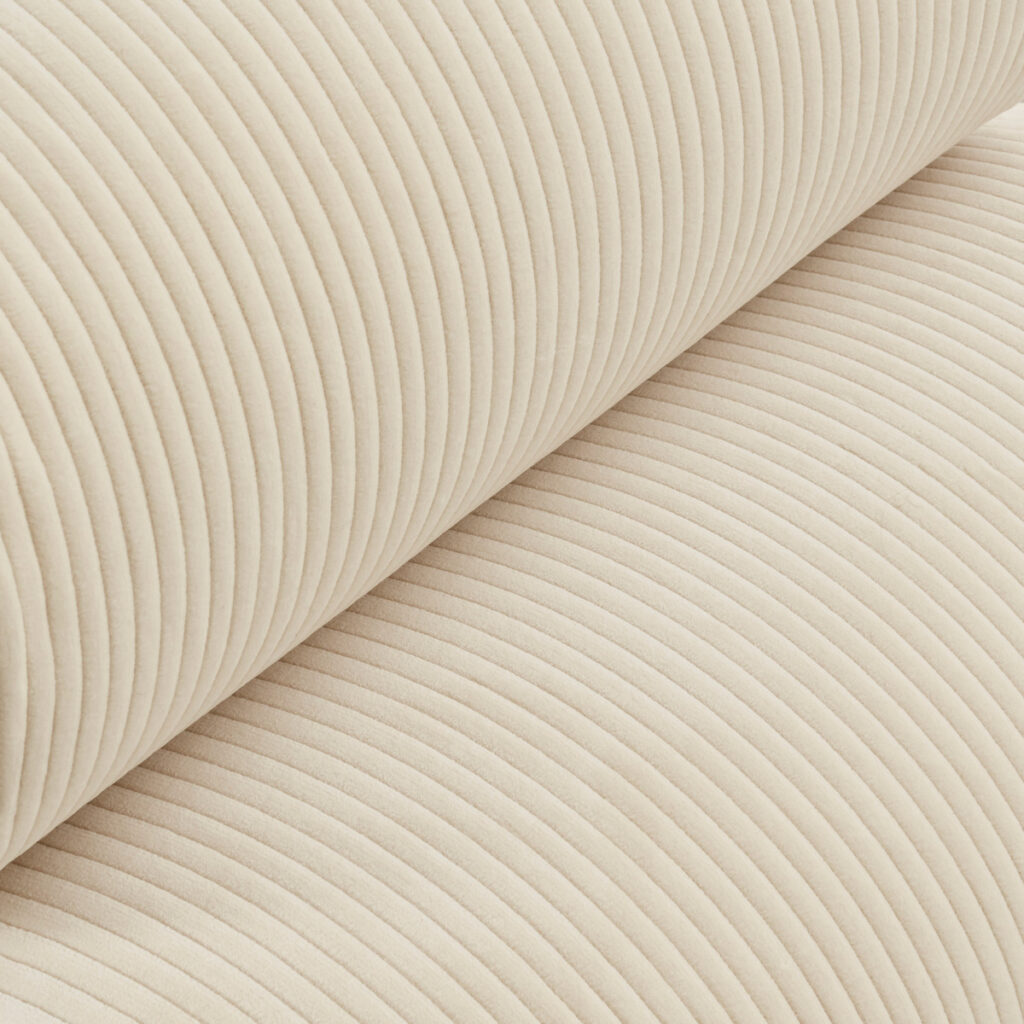 Designed in 1969 but unveiled at the 1972 Cologne international furniture fair in Germany, Klaus Uredat’s sofa design involves elements that can be rearranged in a wide variety of possible configurations. The two pieces of each seat, themselves quasi-sculptural forms, are upholstered in Kirkby cream velvet corduroy. From them it is possible to create a sofa, three separate seats or a daybed. Its production was limited to the years 1972-1974 and was a small-scale affair, making these a highly collectable example of twentieth century design.

In good condition with signs of light use to the upholstery.