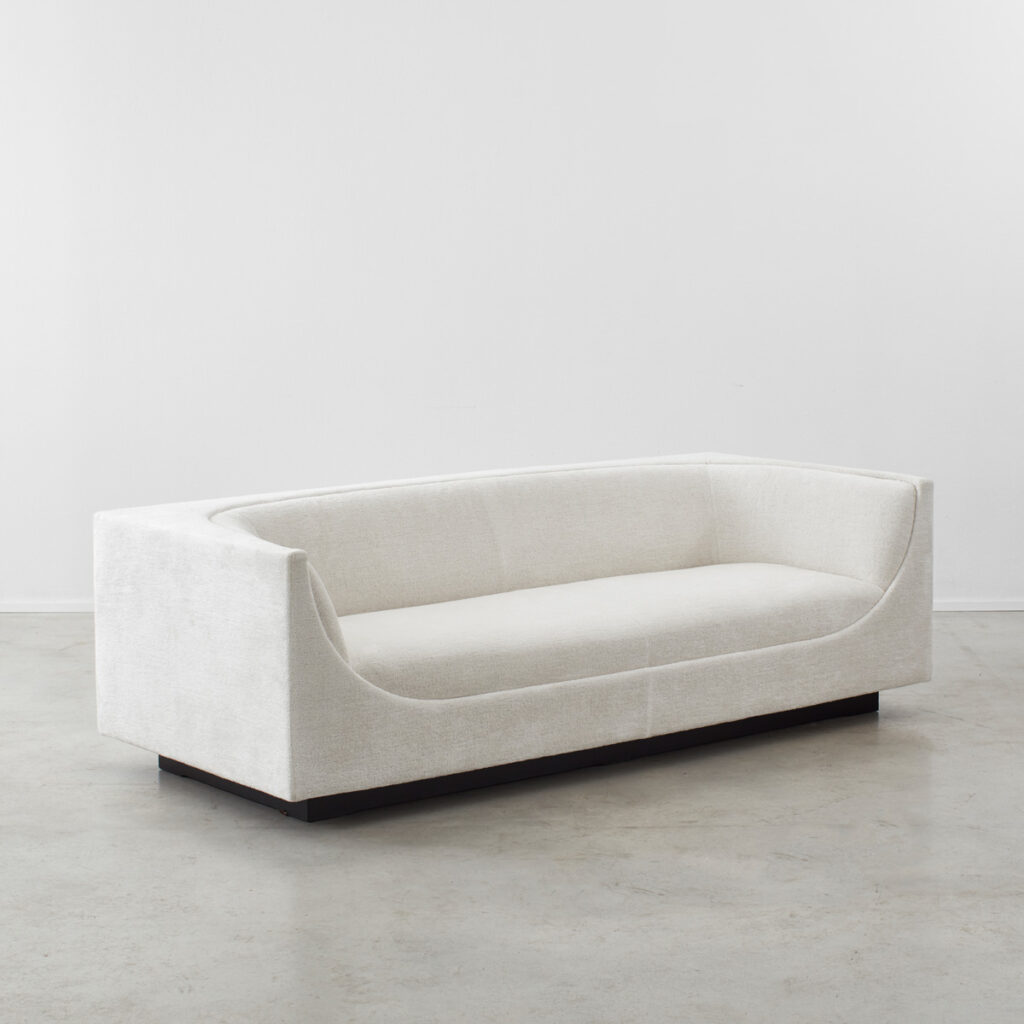 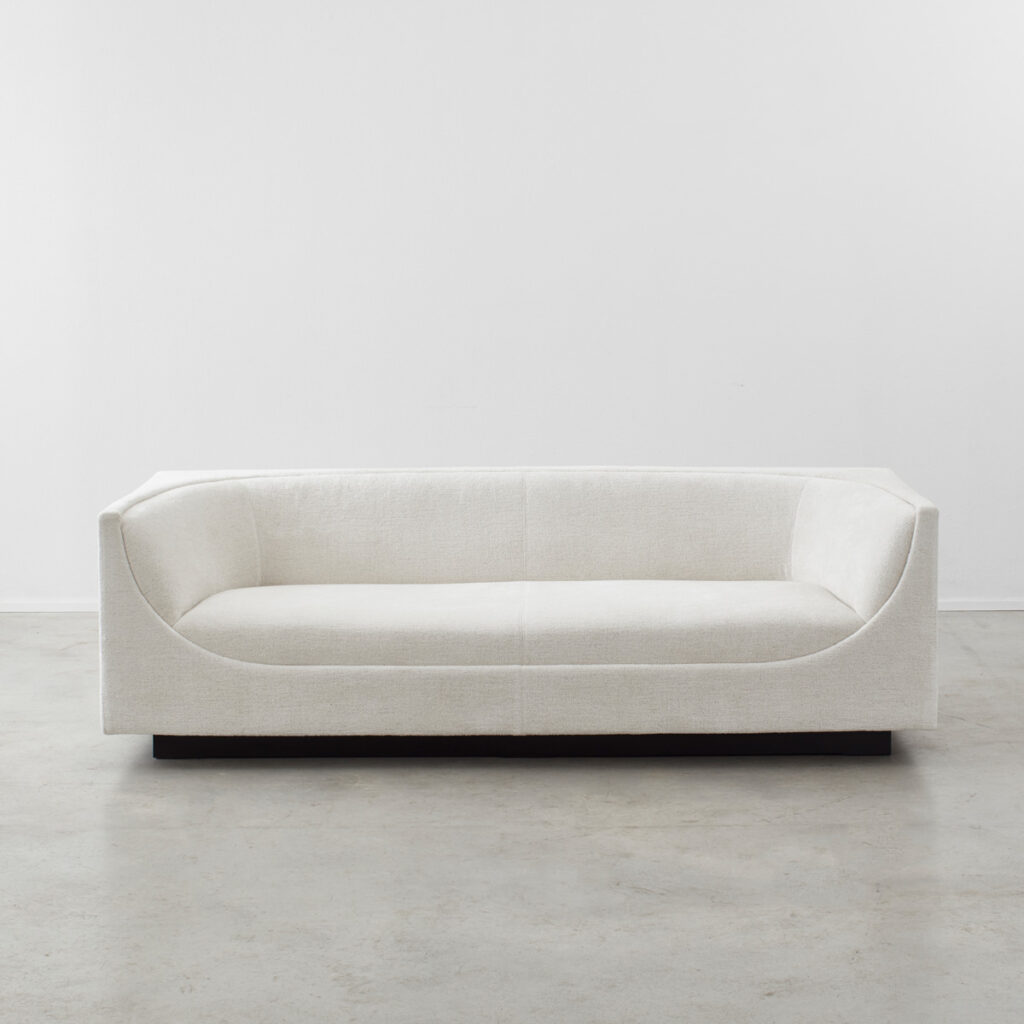 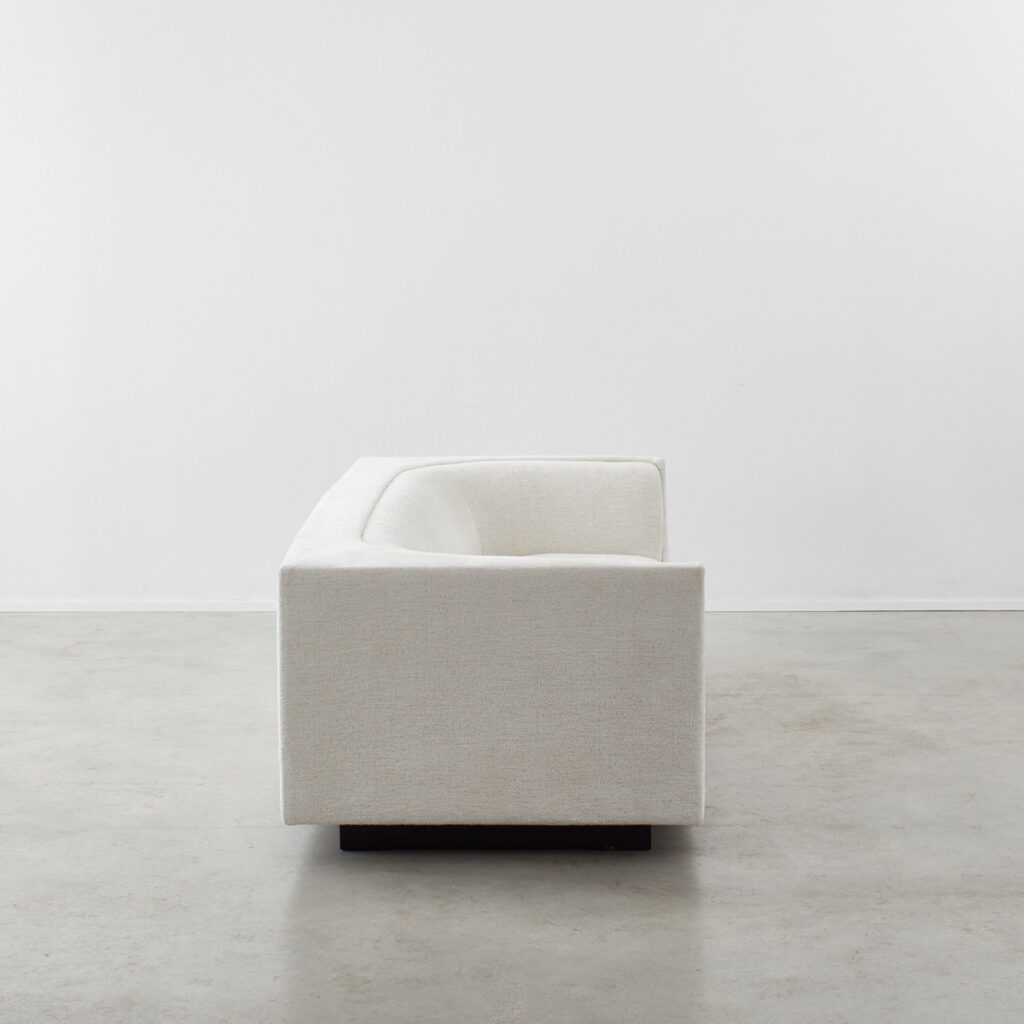 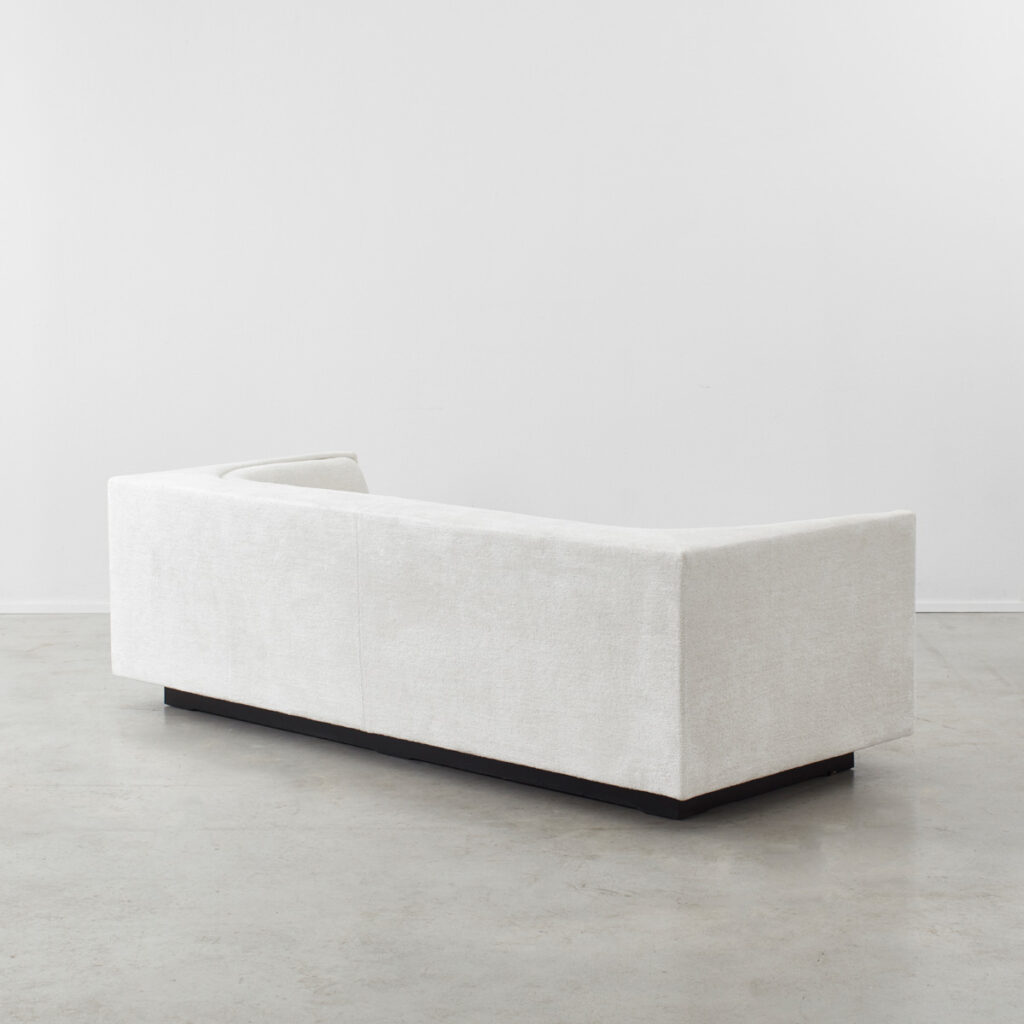 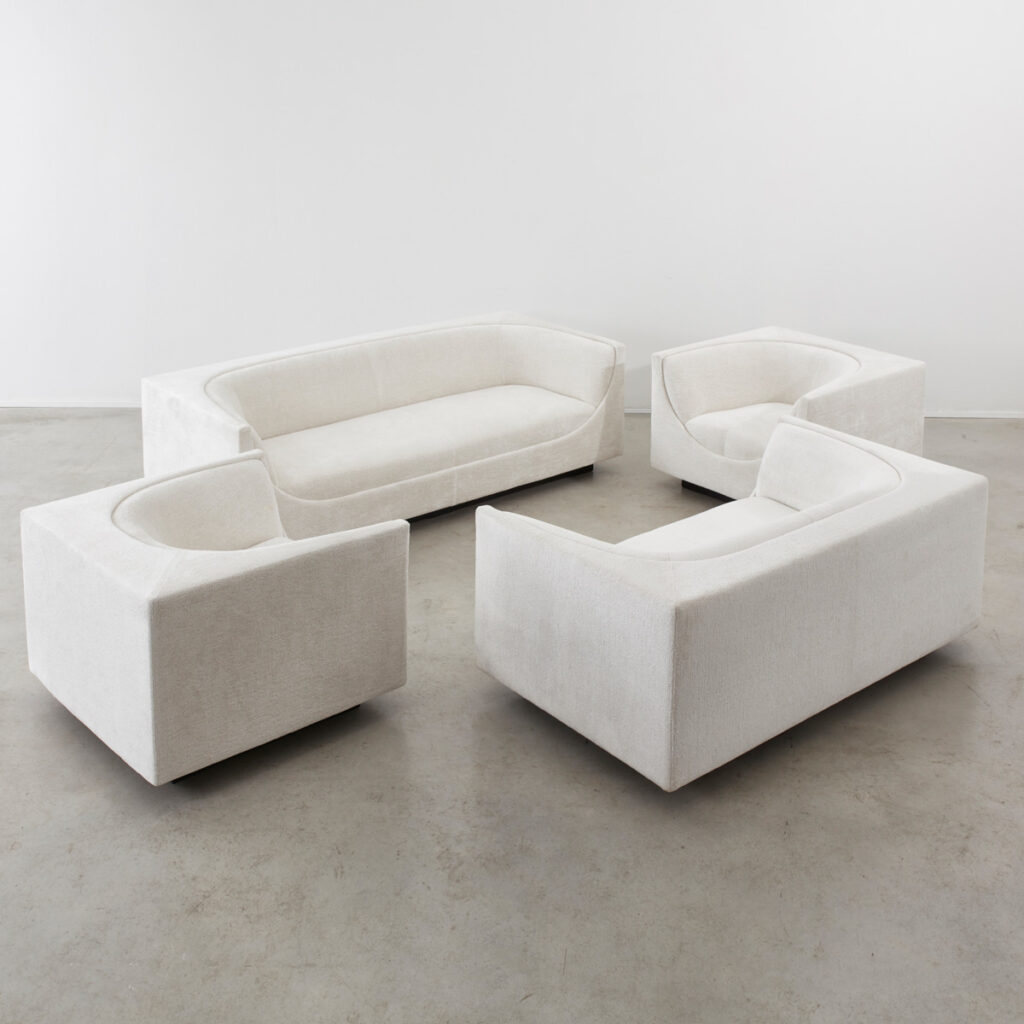 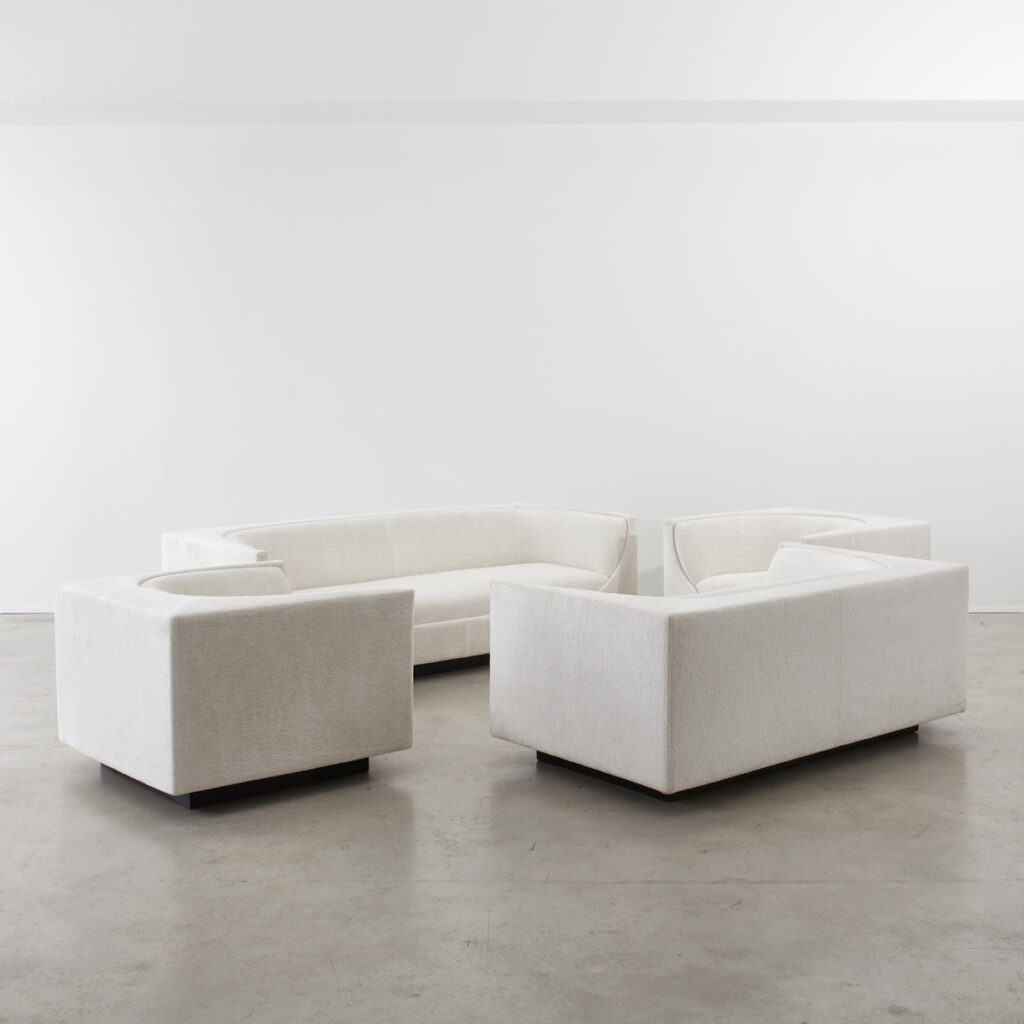 This 1970s Cubo sofa takes a cuboid form and scoops out its core. It was designed by Jorge Zalszupin, a Polish architect who moved to Brazil, having been inspired by the works of Brazilians Oscar Niemeyer and Roberto Burle Marx. Post World War II Brazil was undergoing rapid change, with many opportunities for young designers and architects. Zalszupin was embraced into an exclusive group of designers who advised and worked with Niemeyer. In 1959 he founded the influential L’Atelier furniture studio, taking advantage of Brazil’s rich natural resources of both material and skilled craftsmen to take forward Brazilian modernism into a new age.

The sofa’s rectilinear body floats just above the ground on a shallow plinth. It has been reupholstered in a heavy-duty yet silky short pile ivory fabric from Pierre Frey, composed of cotton, linen and Viscose.