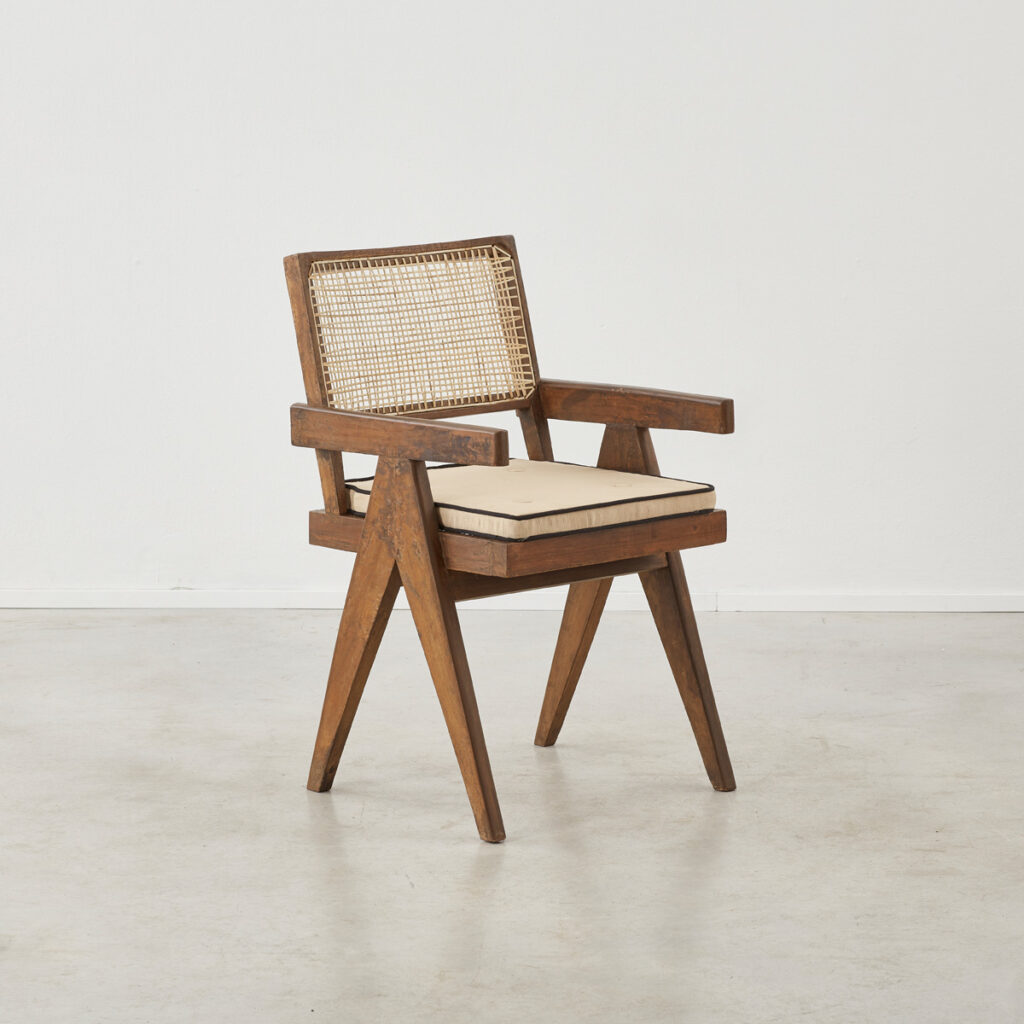 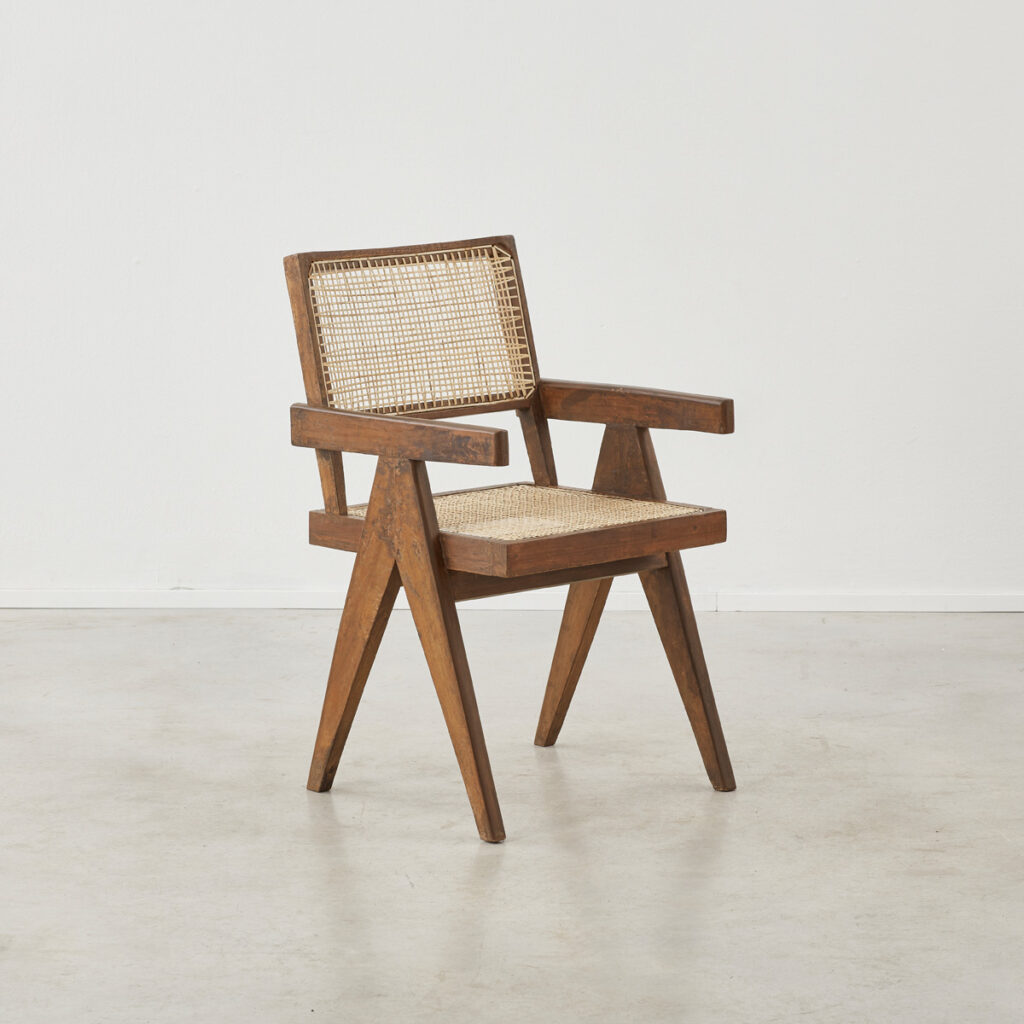 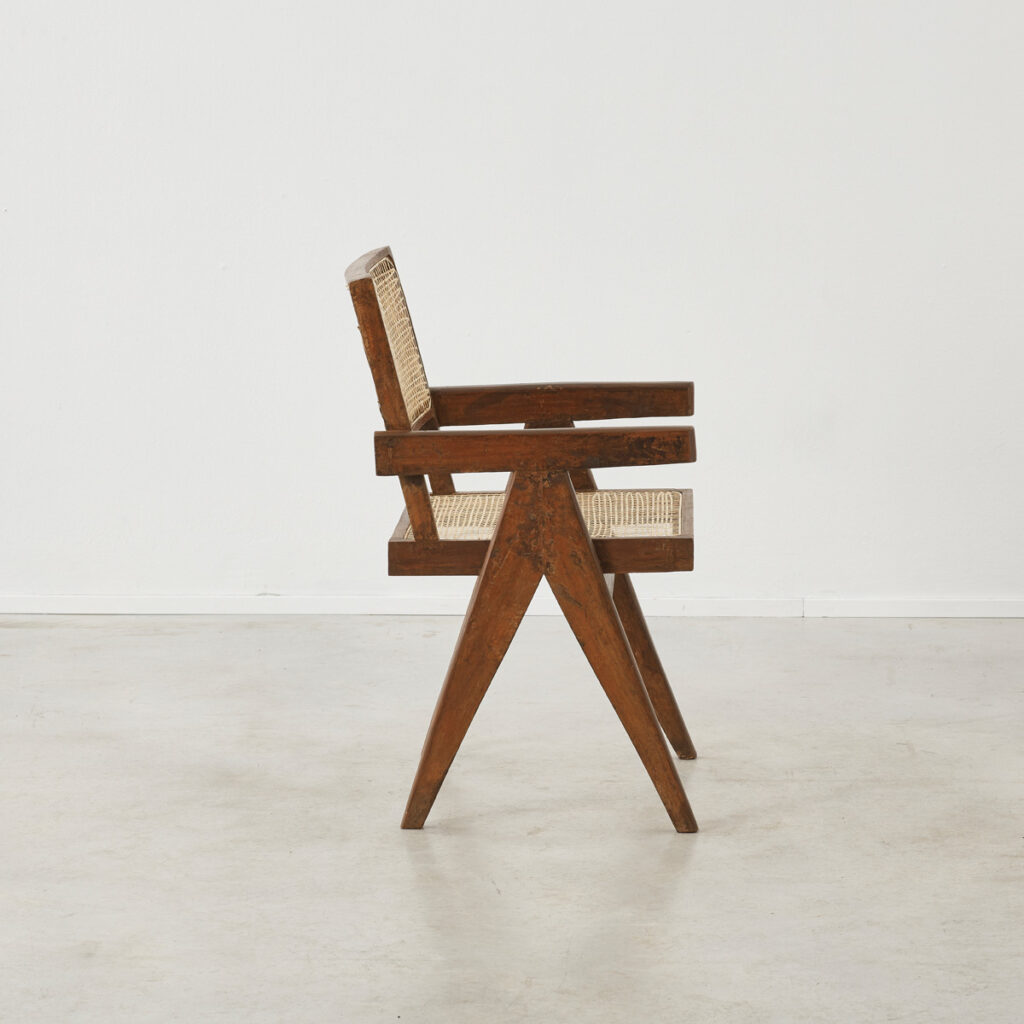 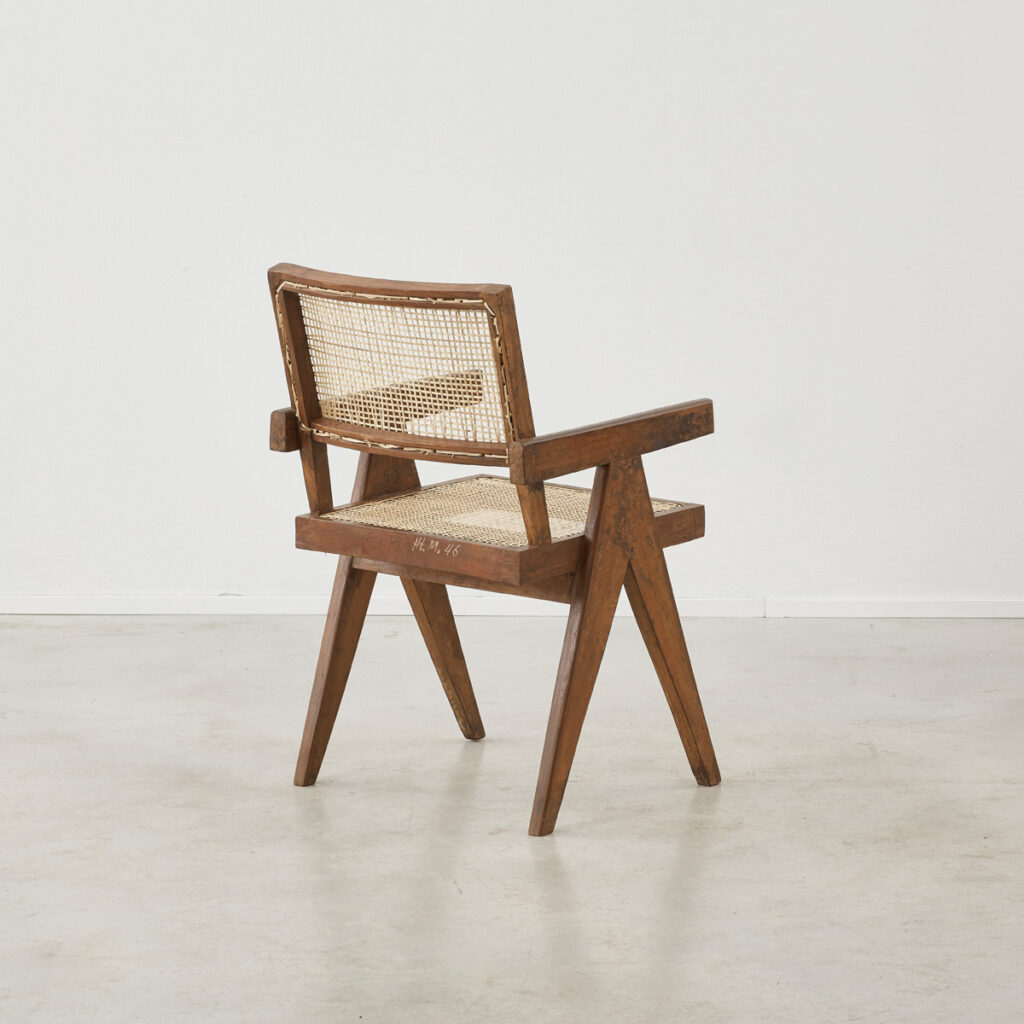 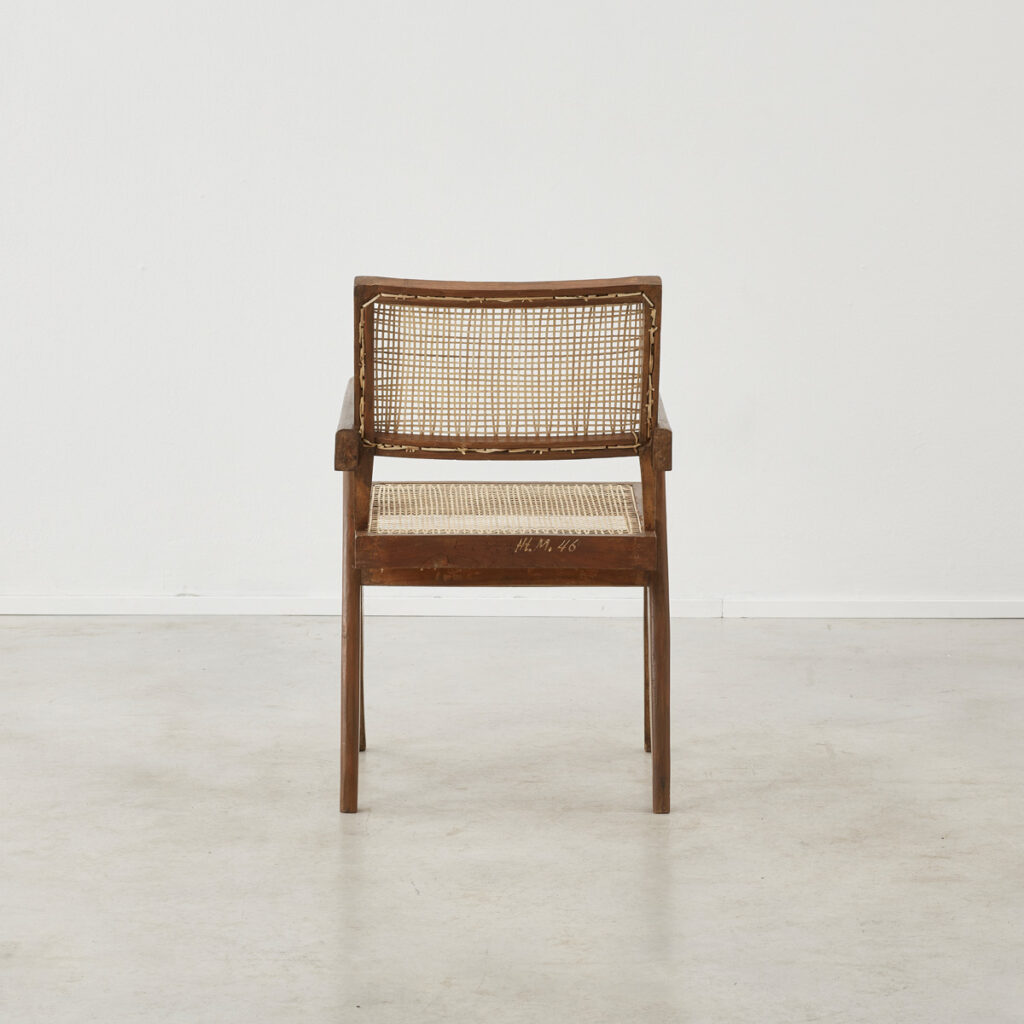 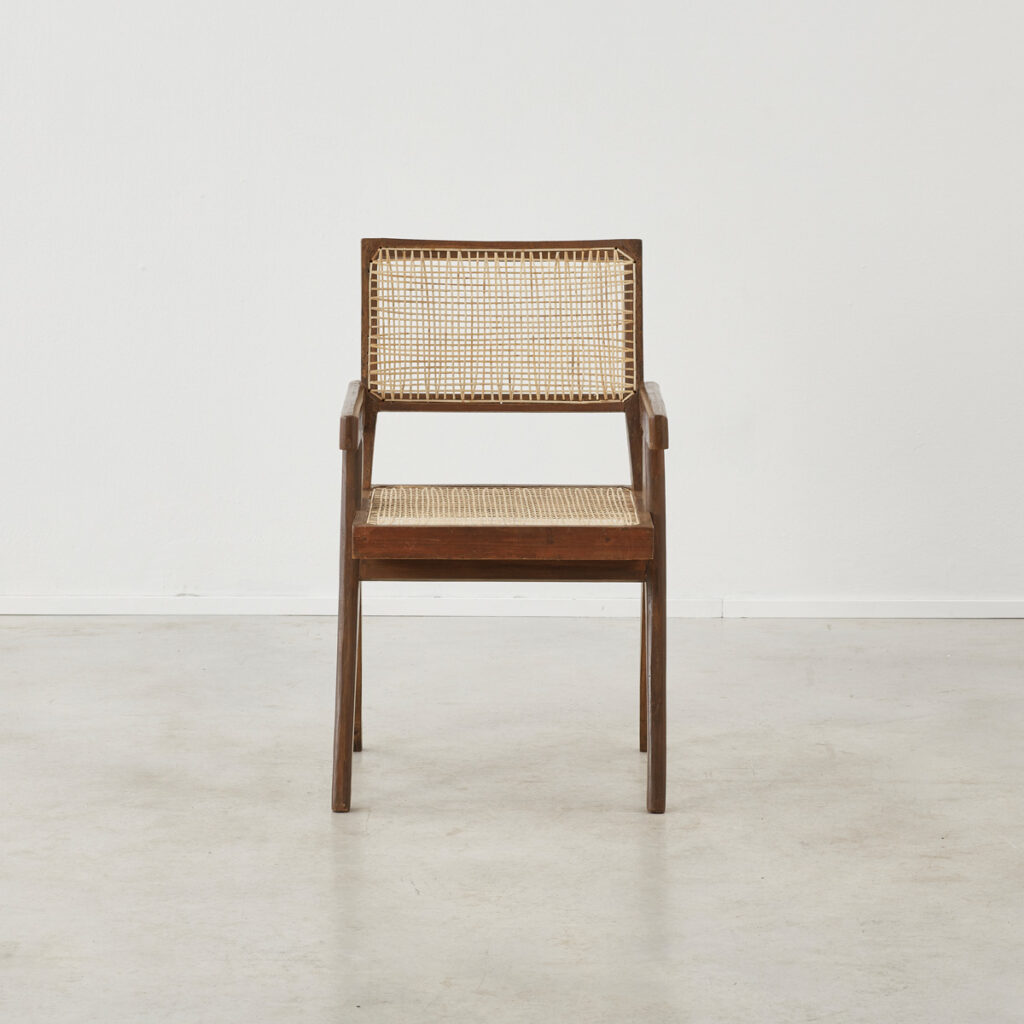 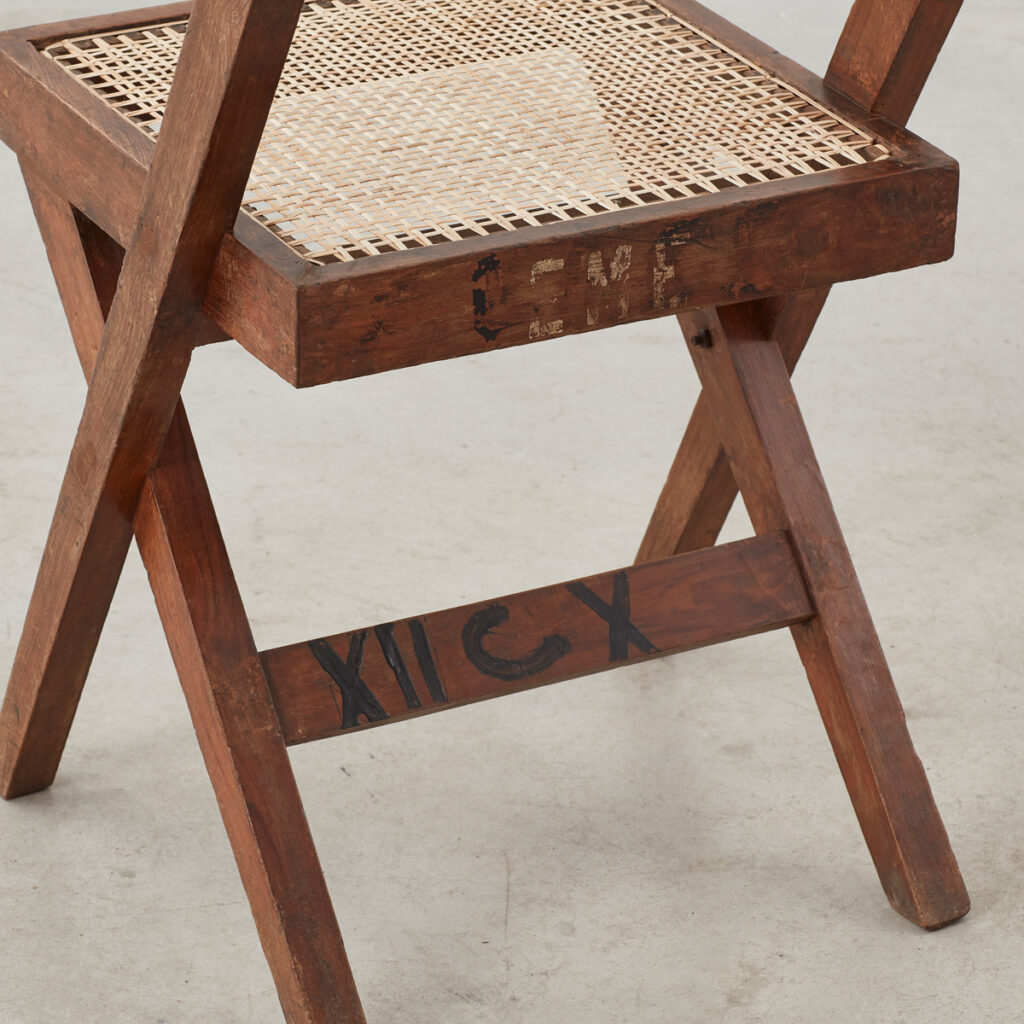 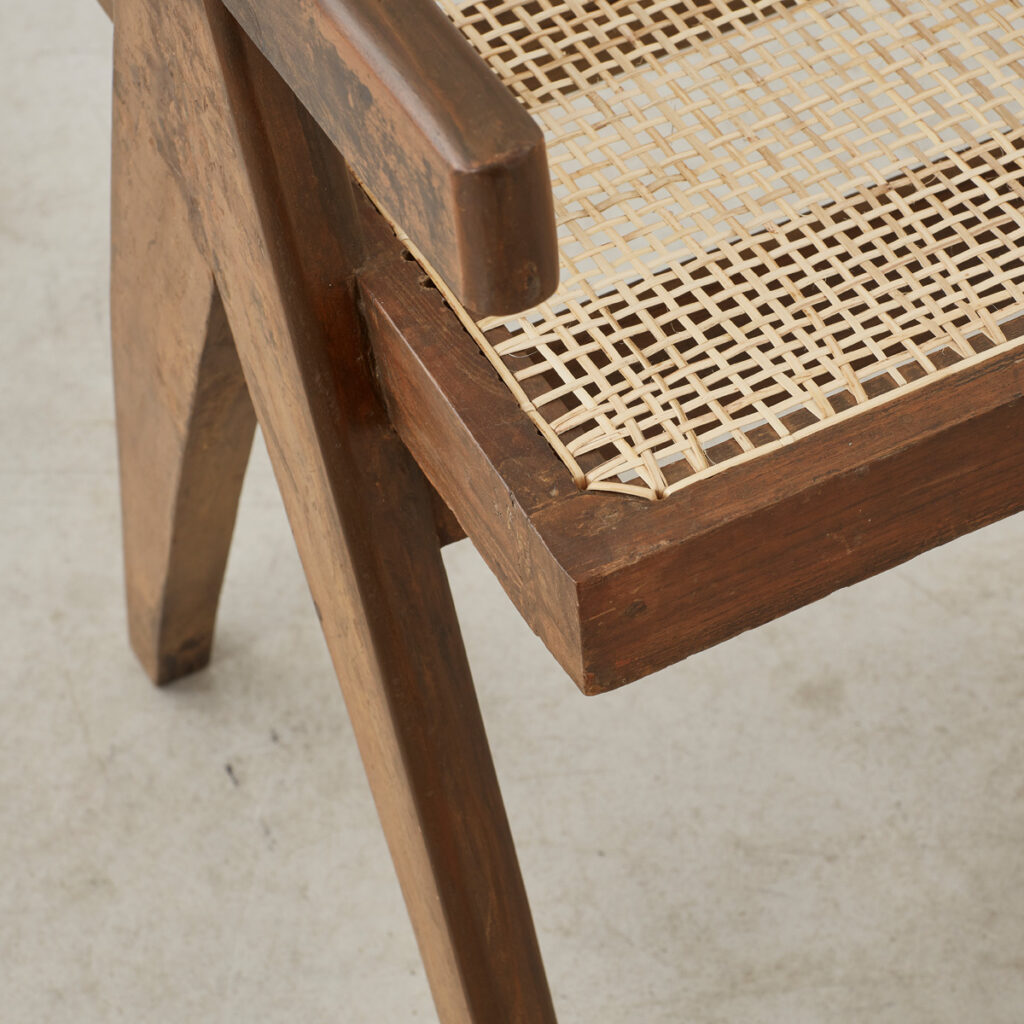 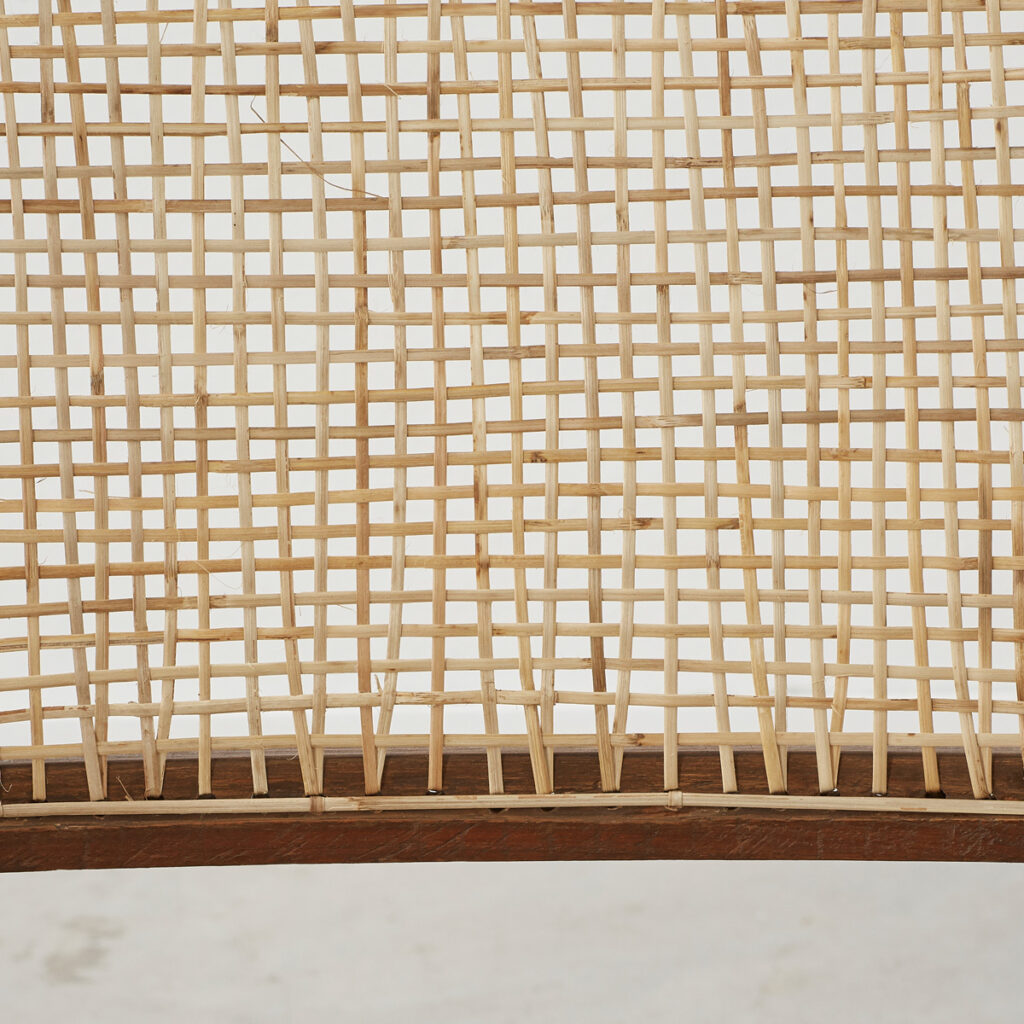 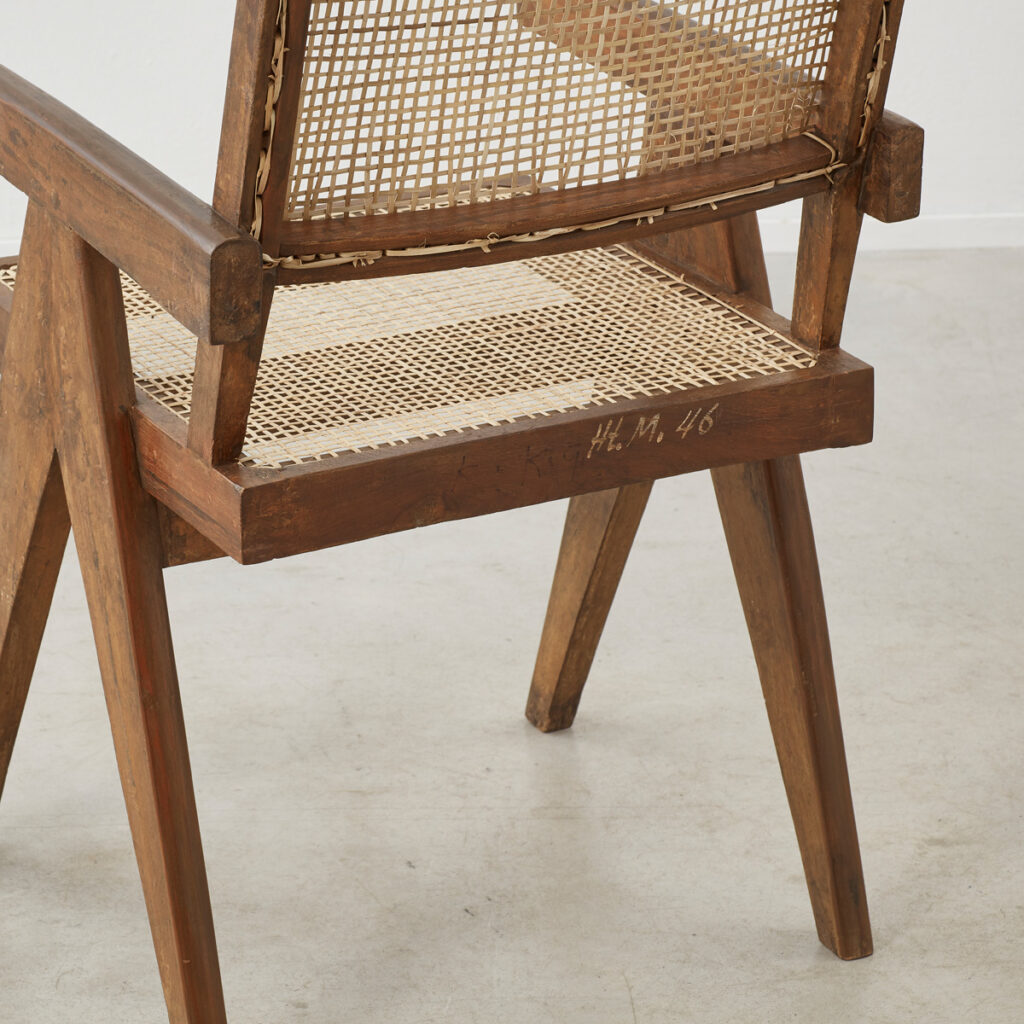 One example is the PJ-SI-28-B desk armchair, which has subsequently become an iconic and coveted exemplar of Jeanneret’s talent. It strongly evokes the designer’s persistent form-follows-function ideology, but the chair’s identity also manages to be original, lucid and elegant, with assured interplays of geometry and balanced forms. This model has armrests, a variation on Jeanneret’s PJ-SI-25-A.