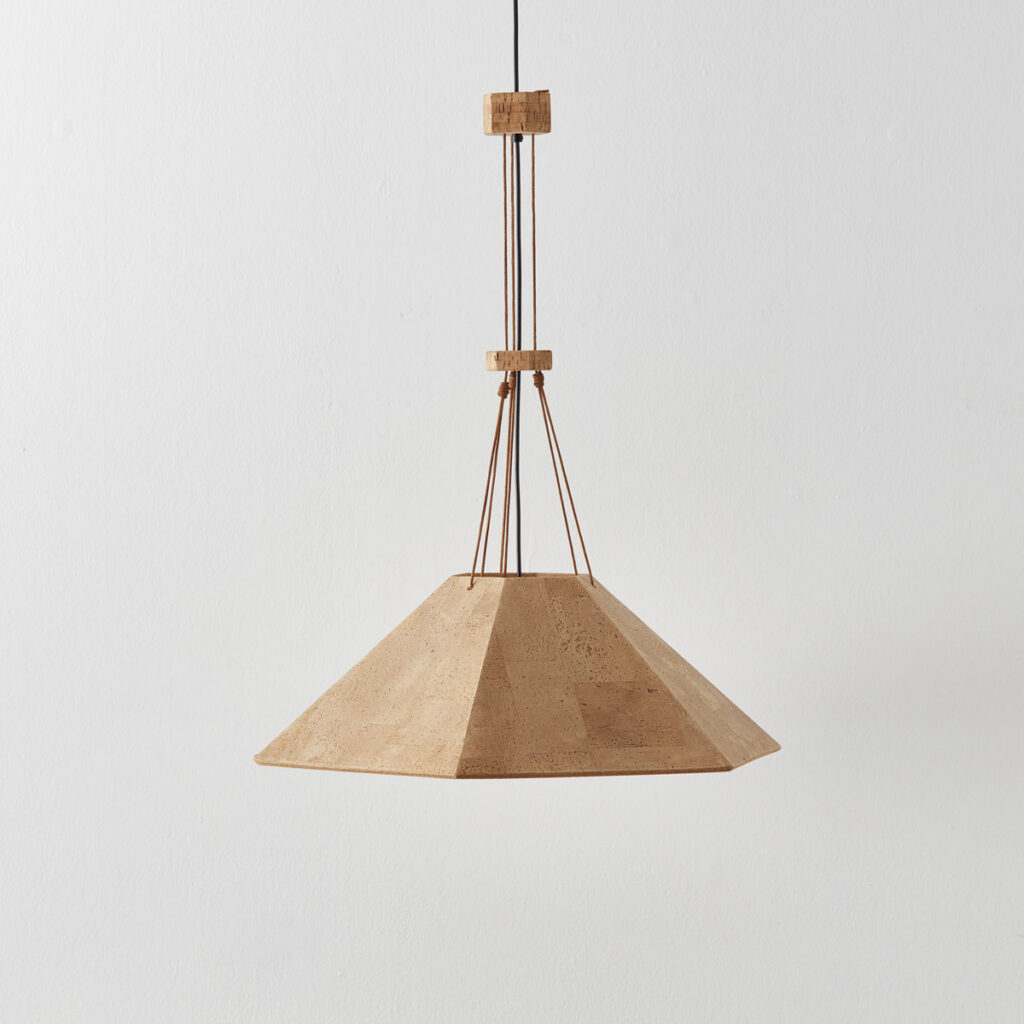 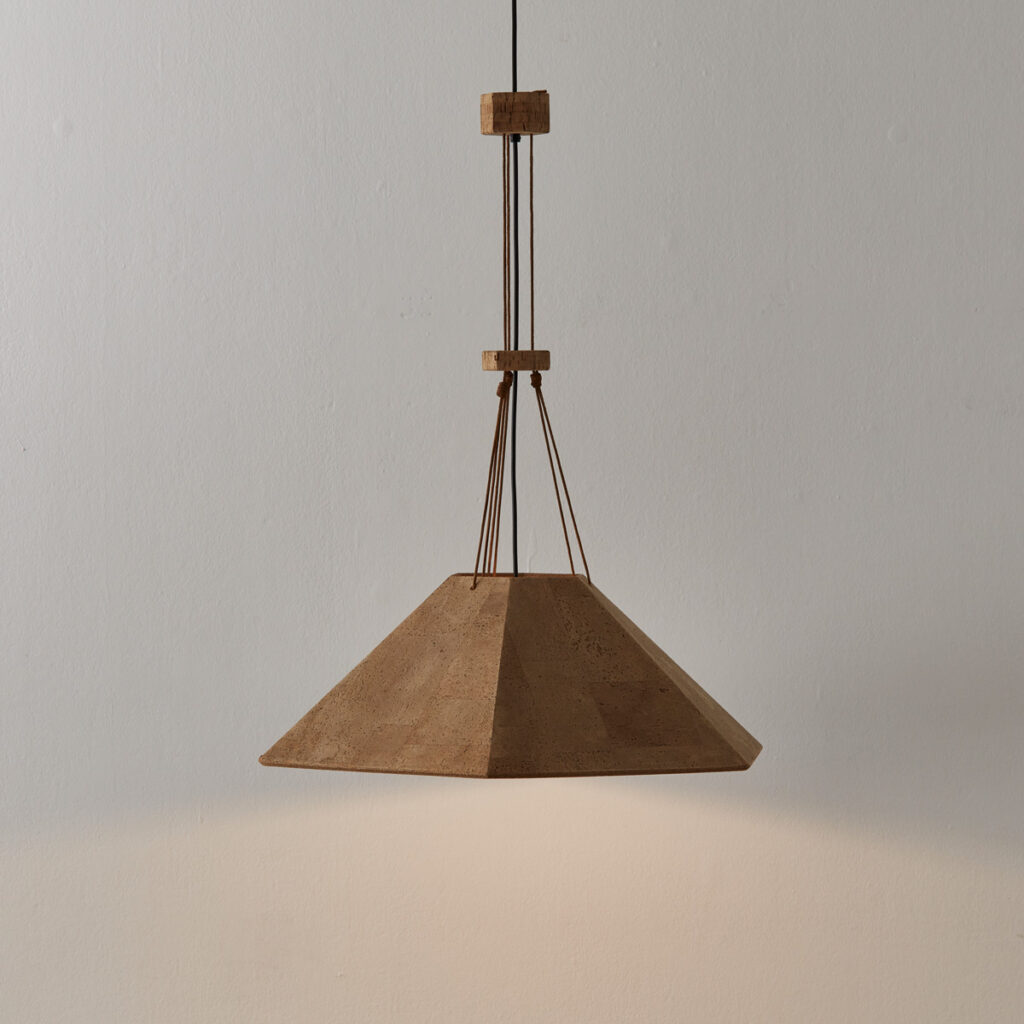 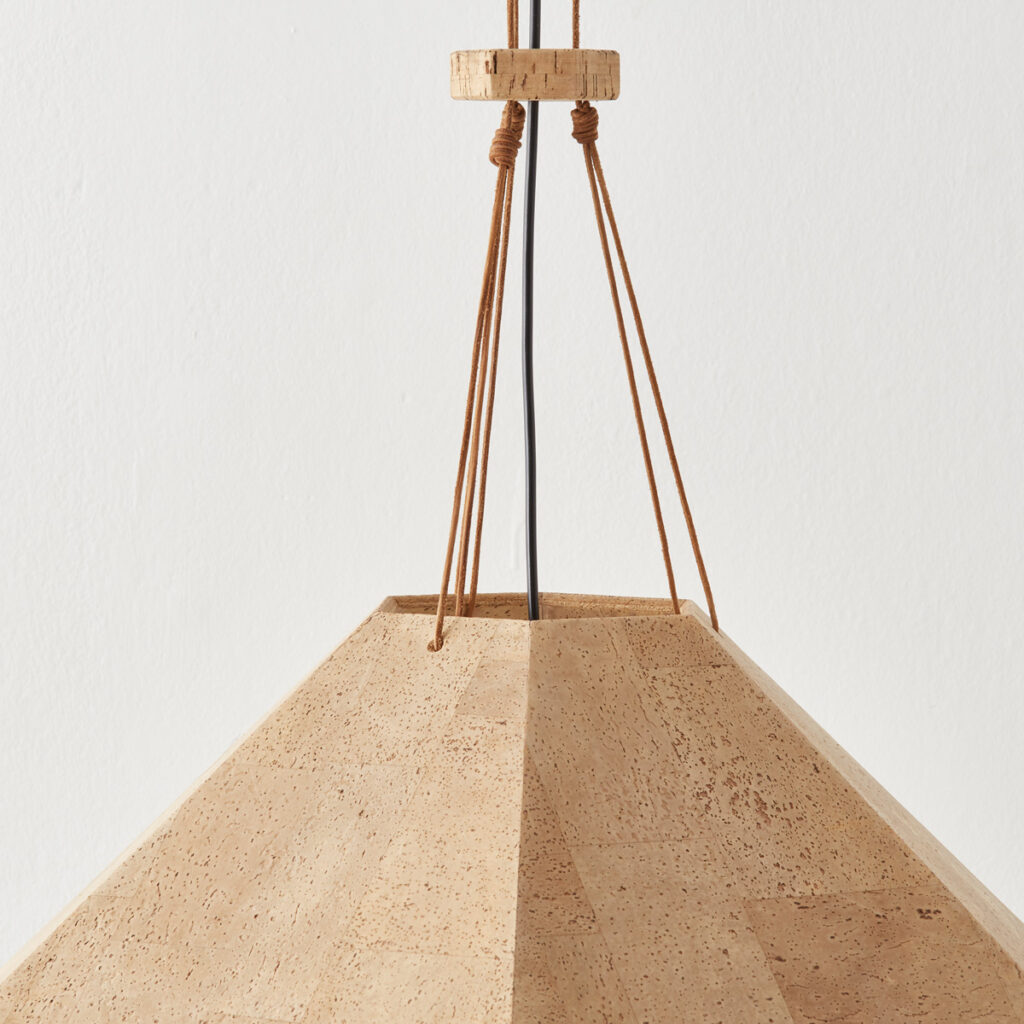 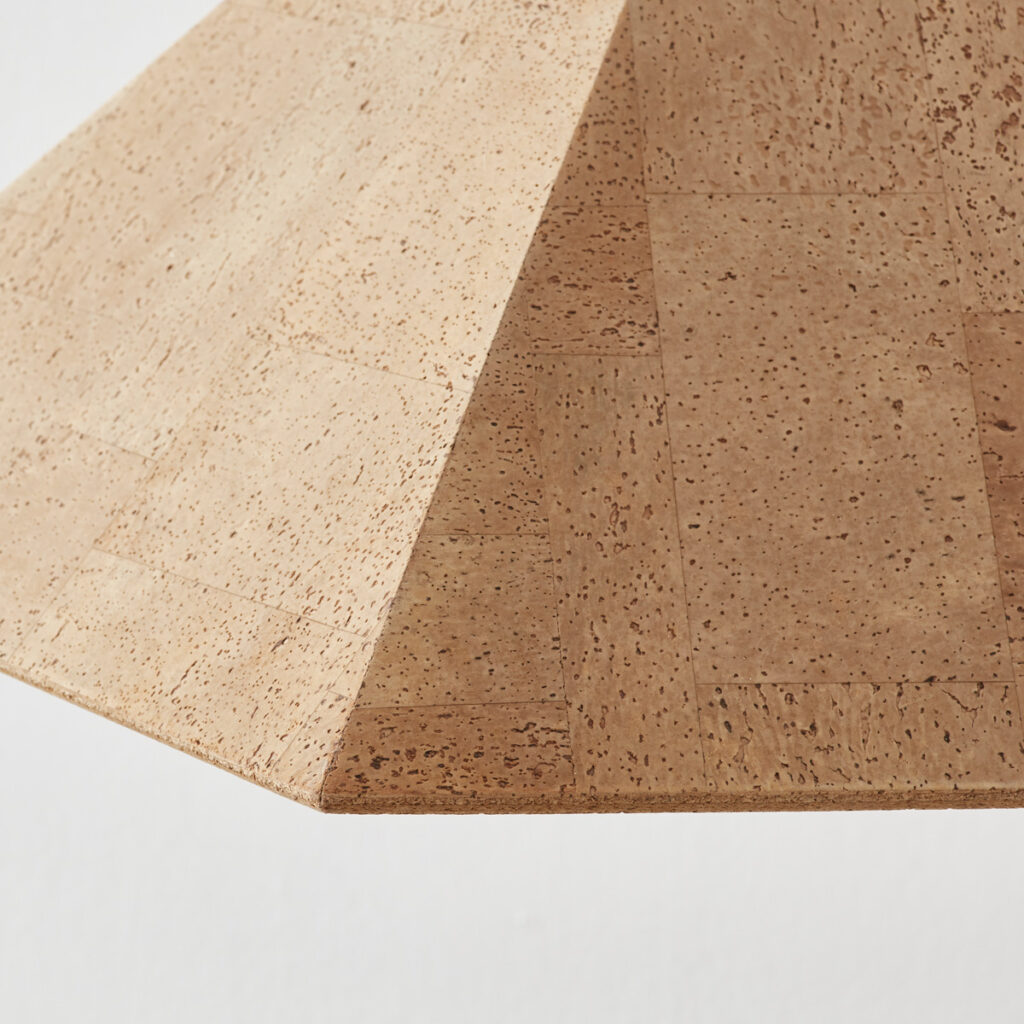 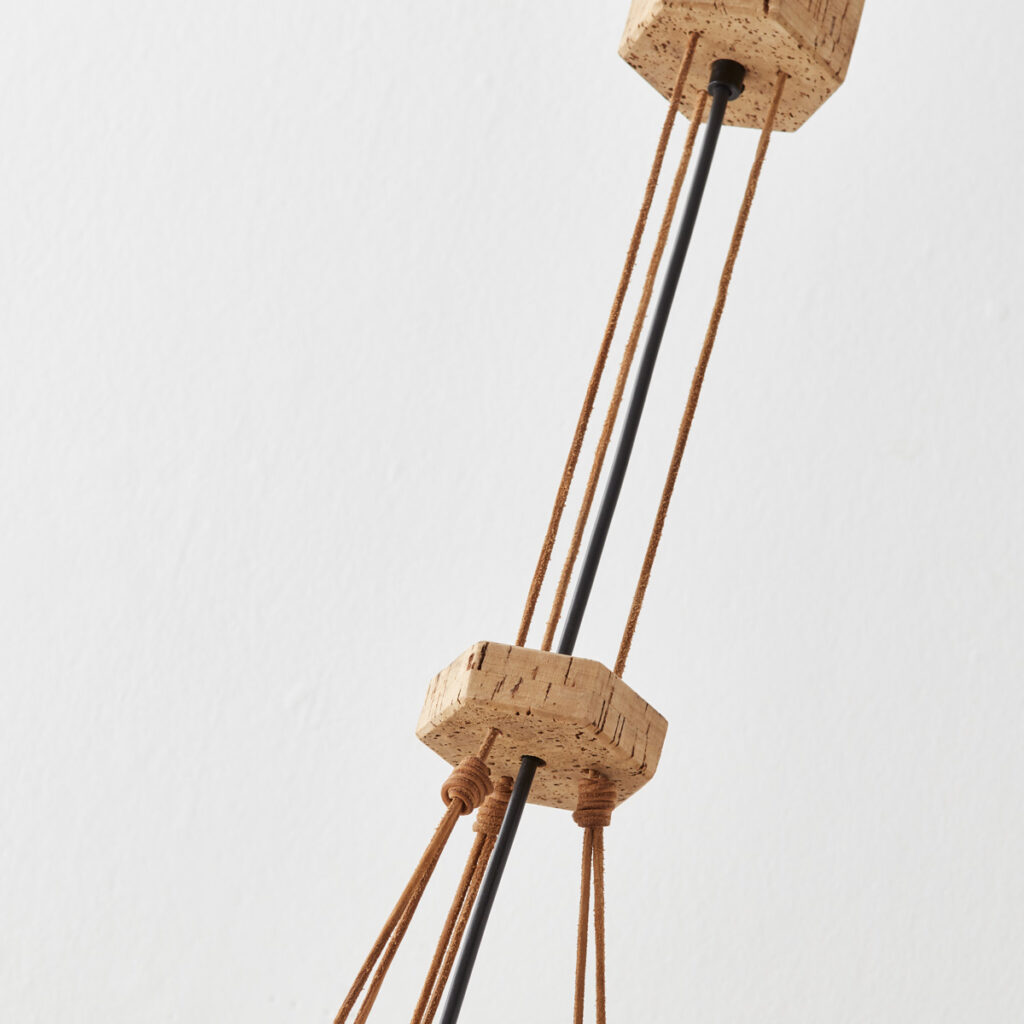 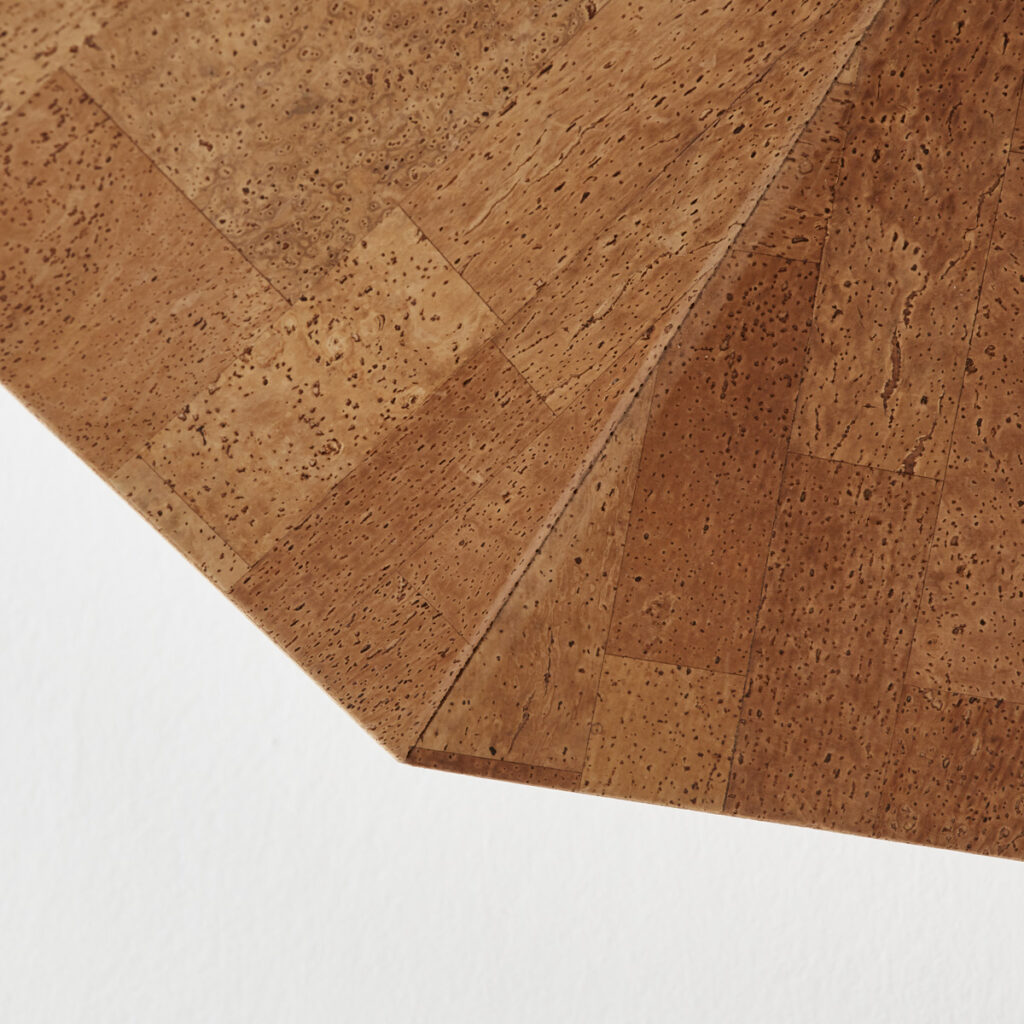 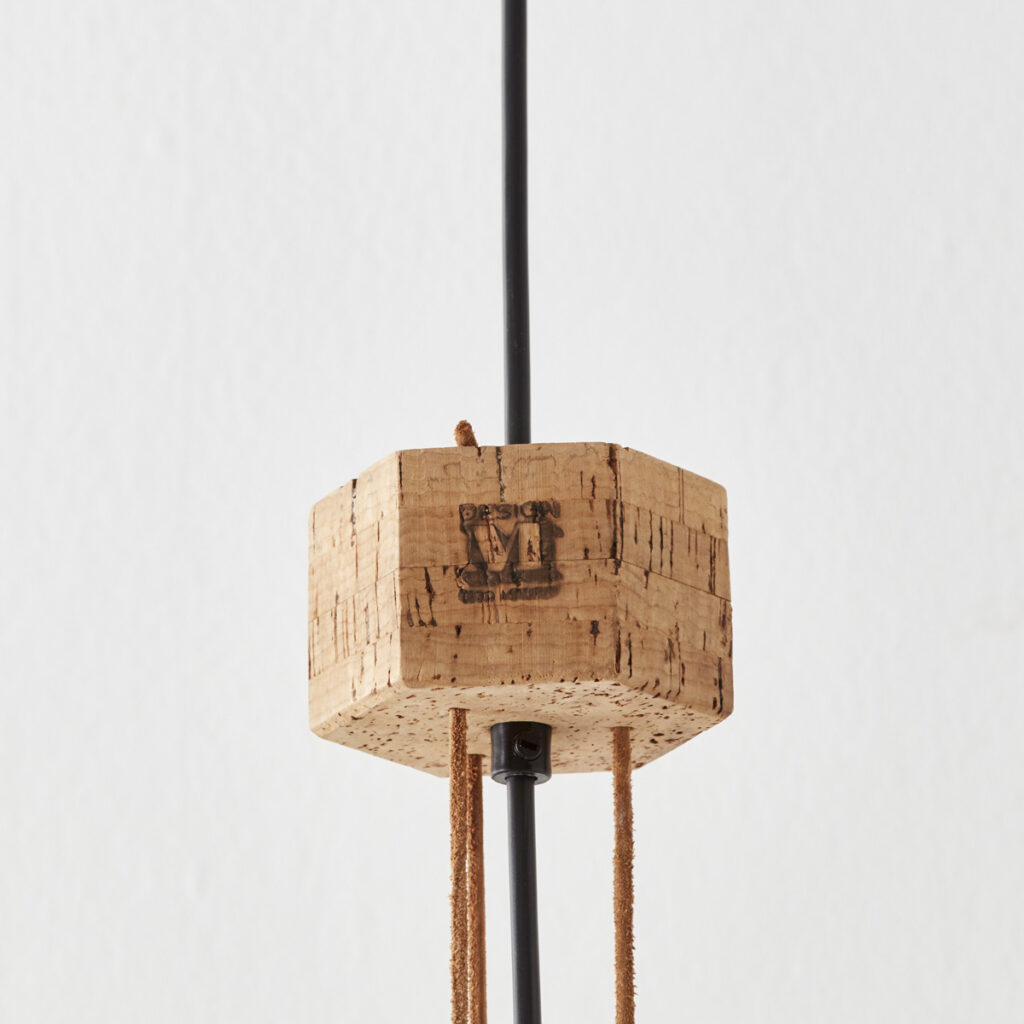 Ingo Maurer’s company Design M is based in Munich and has been designing intriguing lighting for over 40 years. Ingo Maurer’s output is distinctive in form and concept. His desire to innovate with material, process and aesthetic has lead to some highly eccentric works.

Wilhelm Zanoth and Maurer designed this pendant lamp in 1974. The shade is made from thin slices of cork sheet veneer. The lamps simple geometric forms, natural facade and unusually large size have made it a favourite of ours.