Mailing List
Sign up to our mailer to keep up to date with out latest stock and events. Alternatively, contact us at info@betonbrut.co.uk.
Illum Wikkelso striped sofa model ML-90 for Mikael Laursen and Son, Denmark, 1960 | Béton Brut 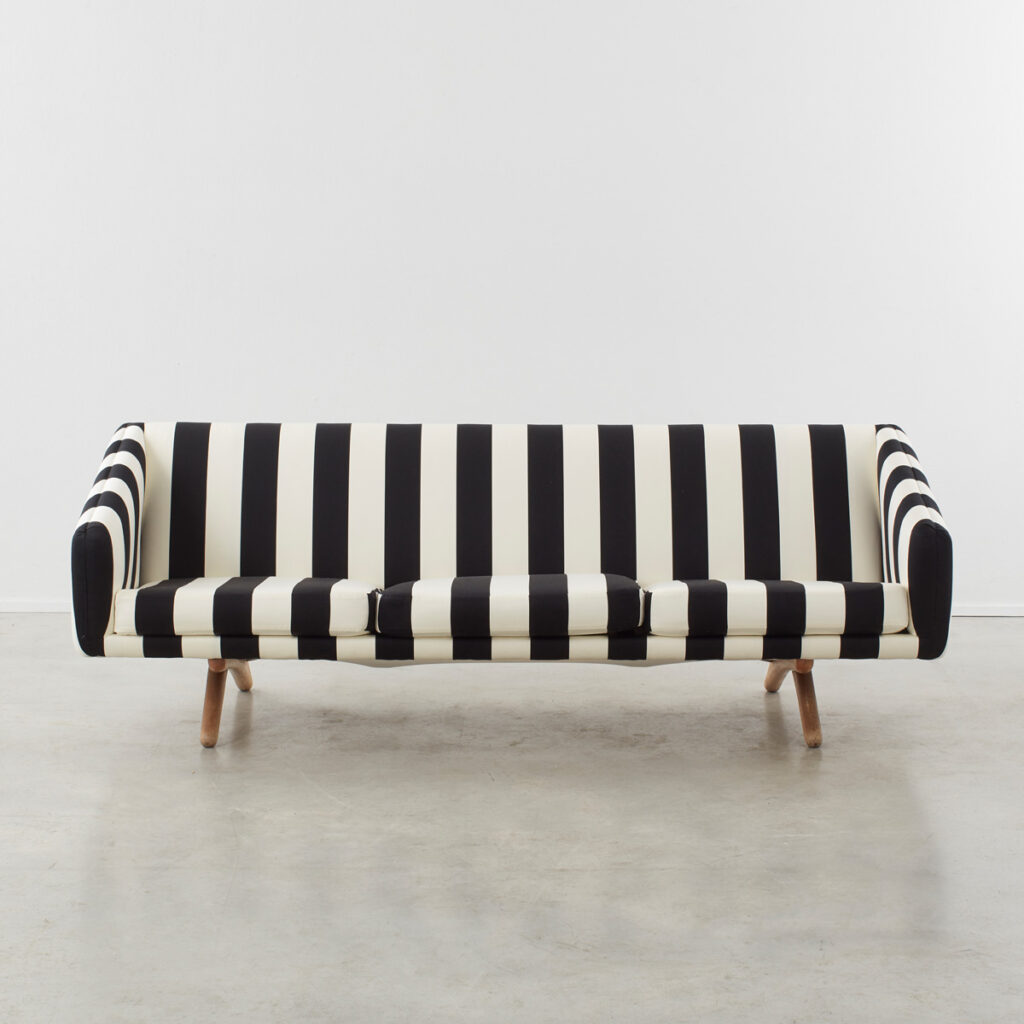 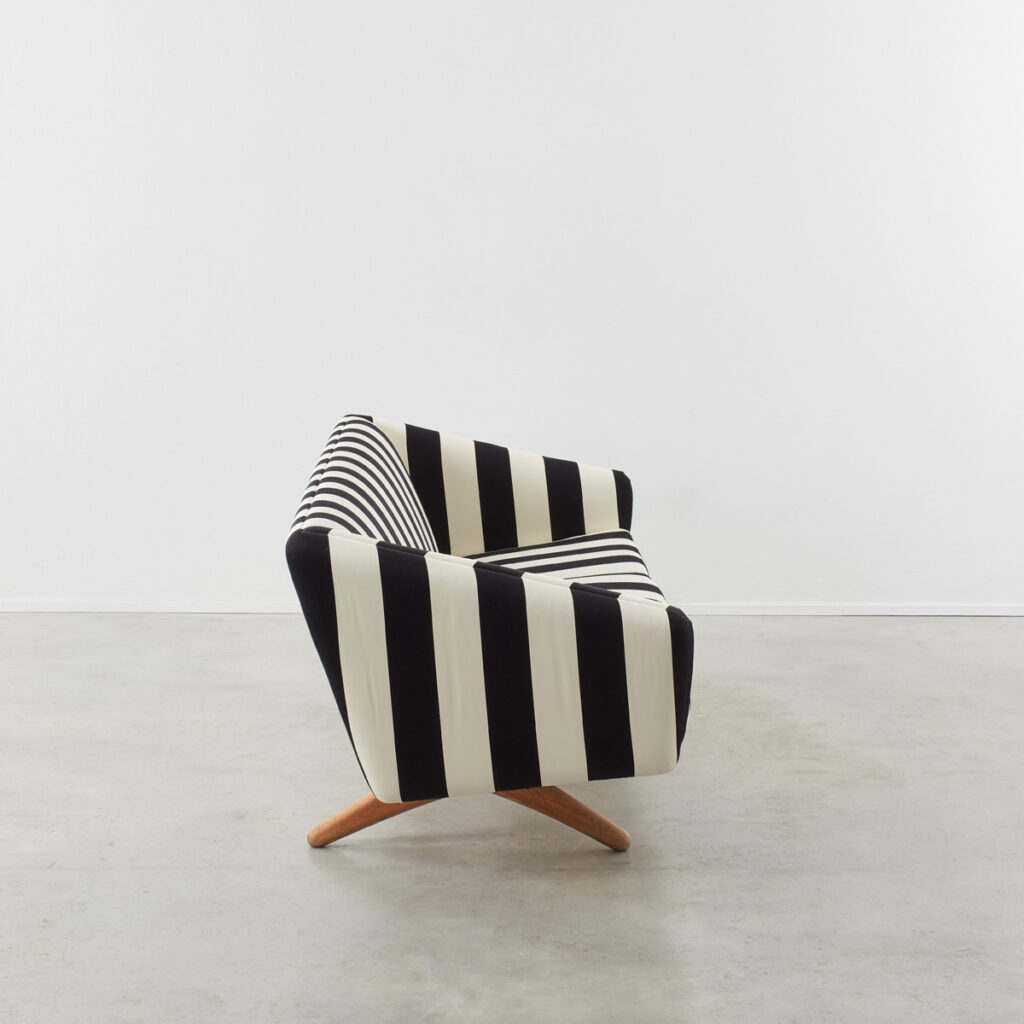 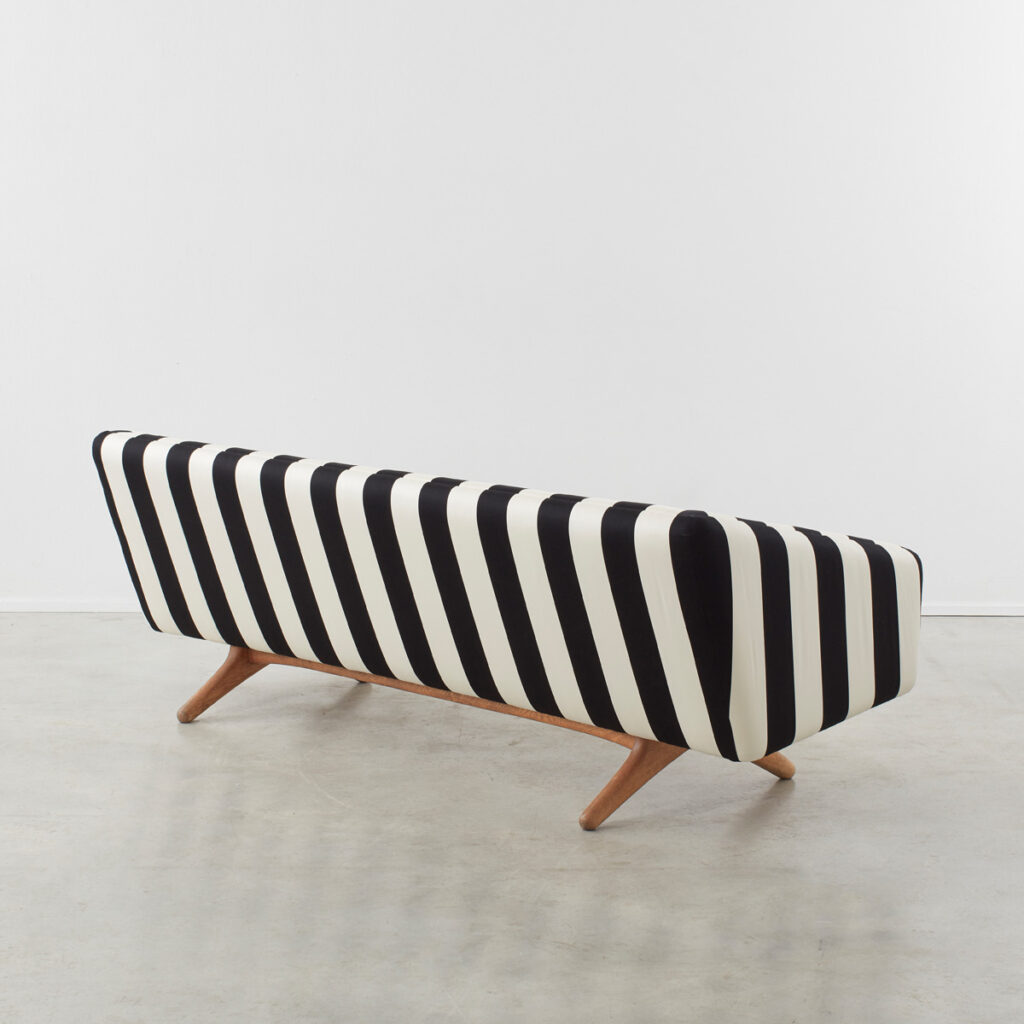 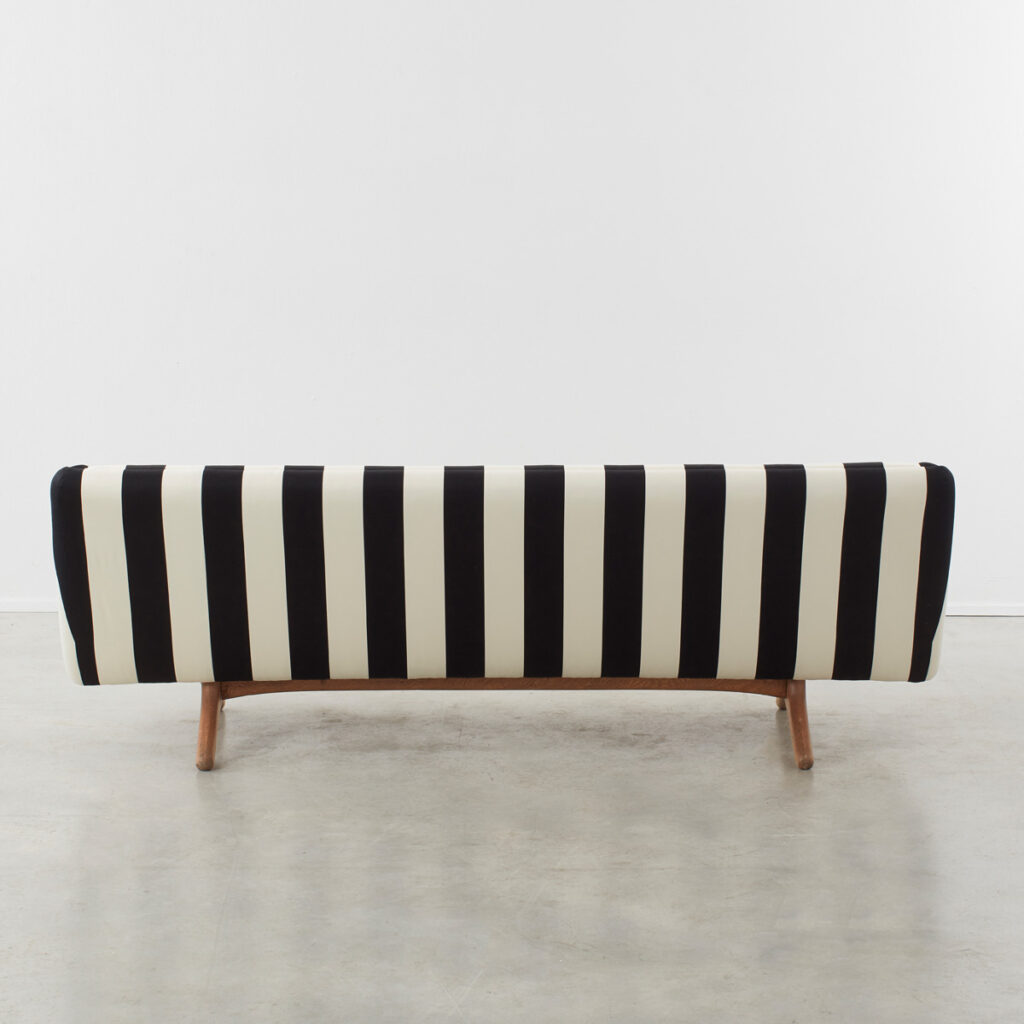 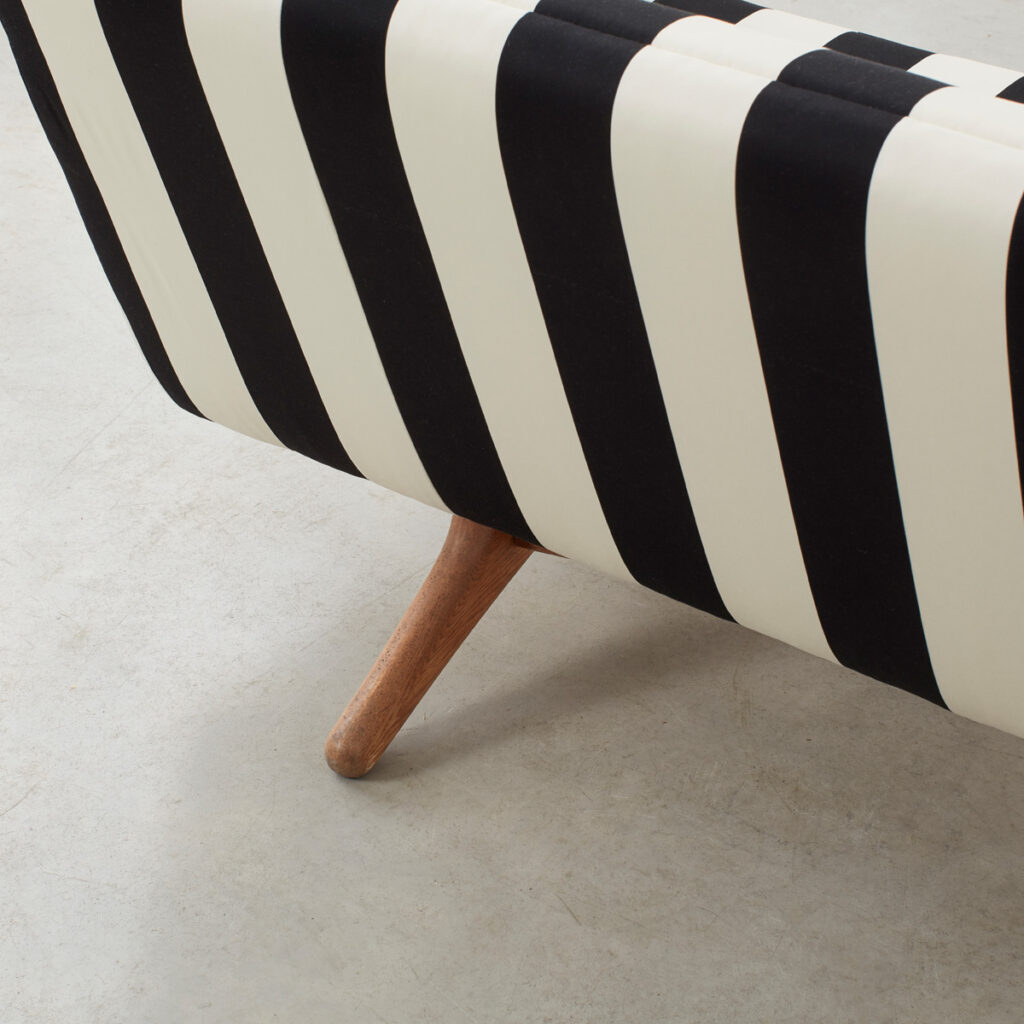 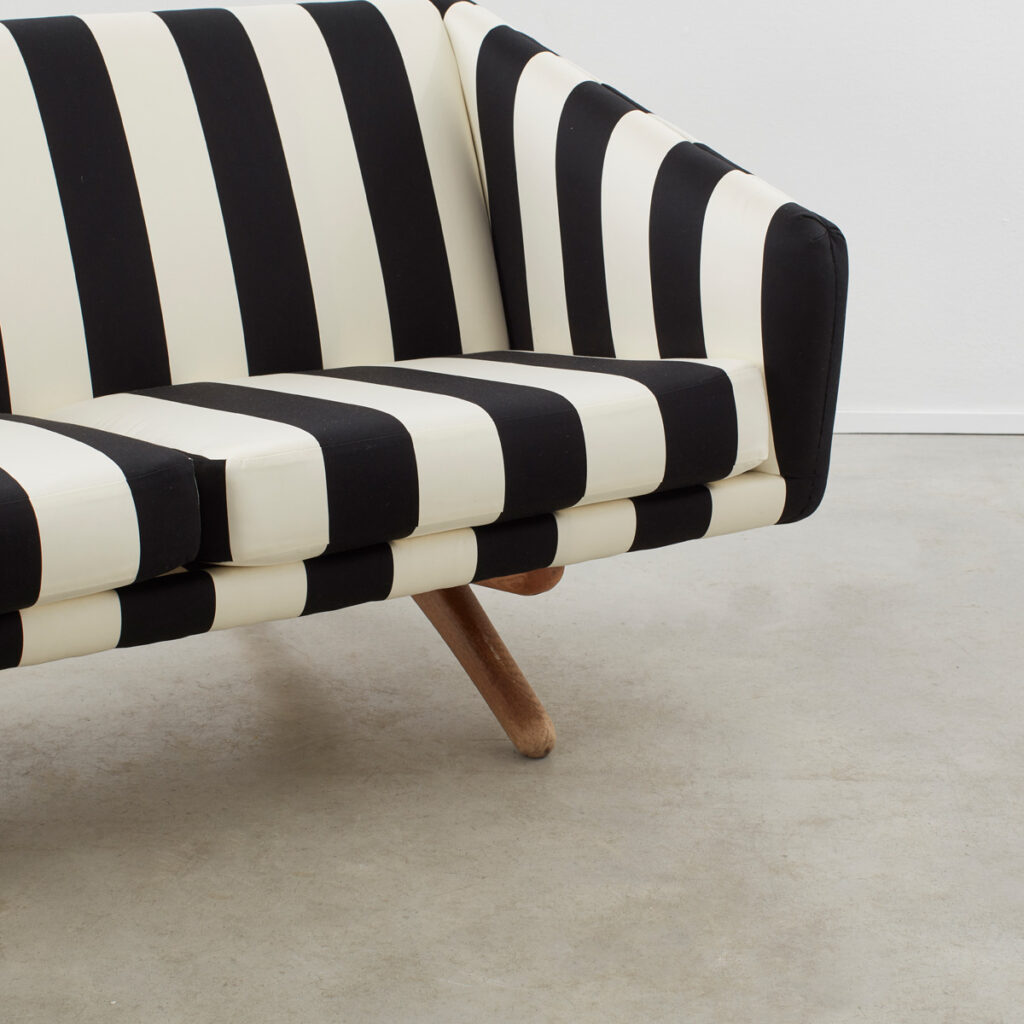 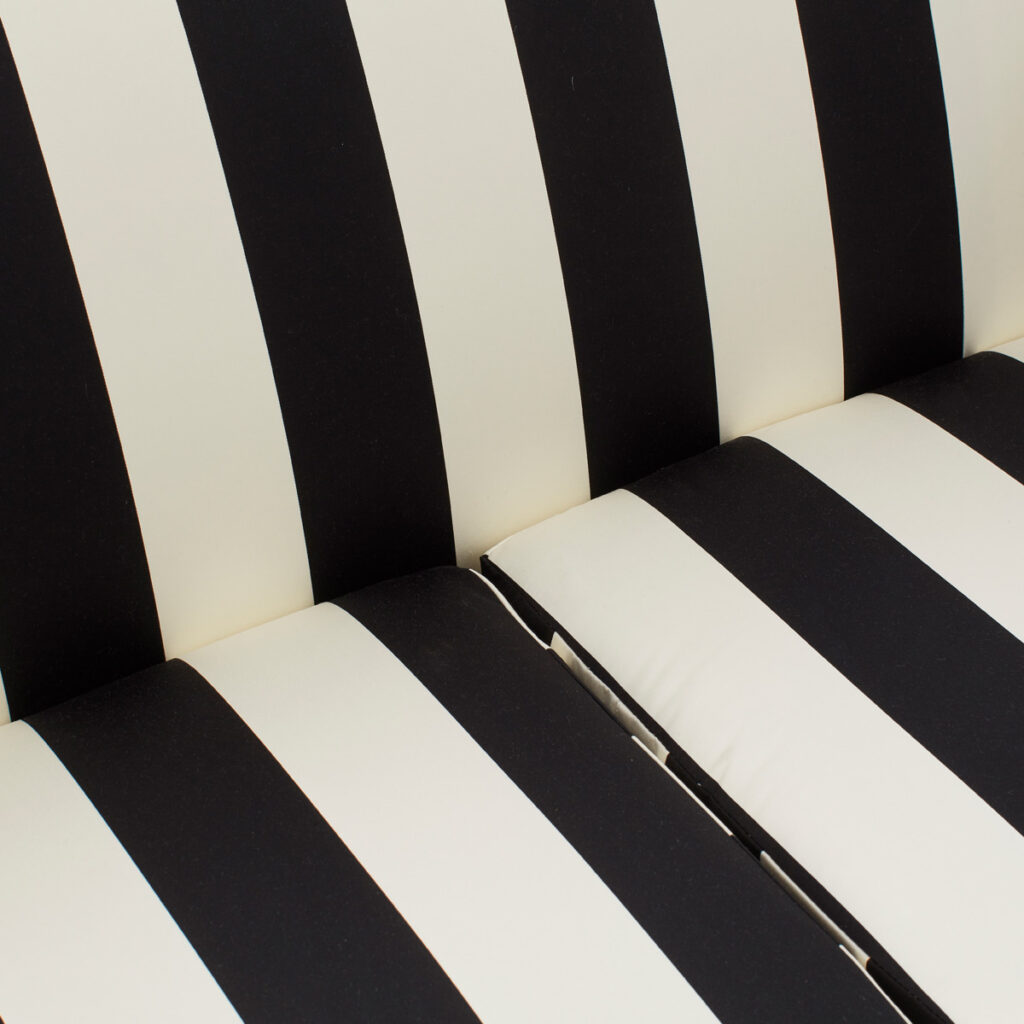 Kristian Illum Wikkelsø (1919–1999) was a Danish furniture designer whose key work, including the ML-90 sofa, was made during the heyday of Danish design in the 1950s and 1960s. Much admired and worthy of its designation as a mid-century icon, this sofa has a sleek design and appears to float due to the minimalistic teak base with A-shaped legs.

This piece is currently on display at Paul Smith, Mayfair. All enquires to interiors@paulsmith.co.uk

Not available for hire.