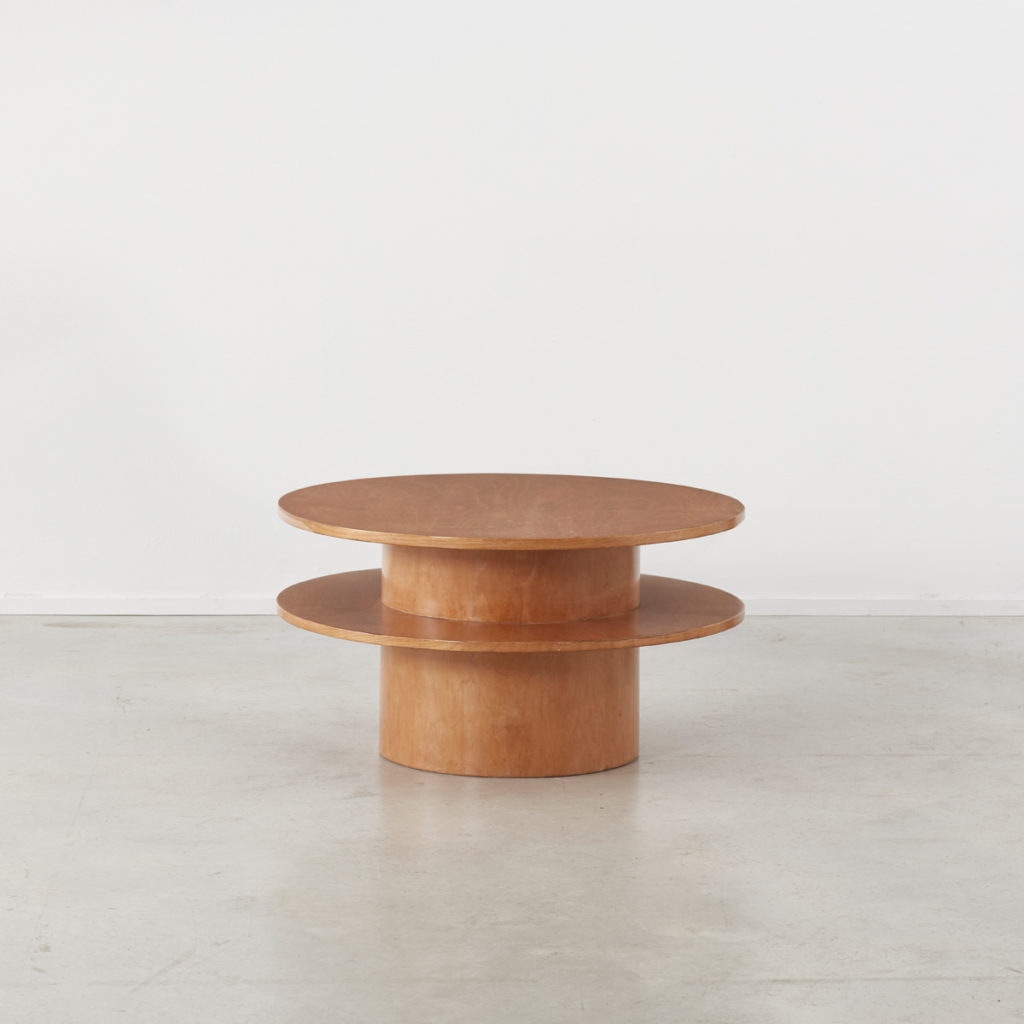 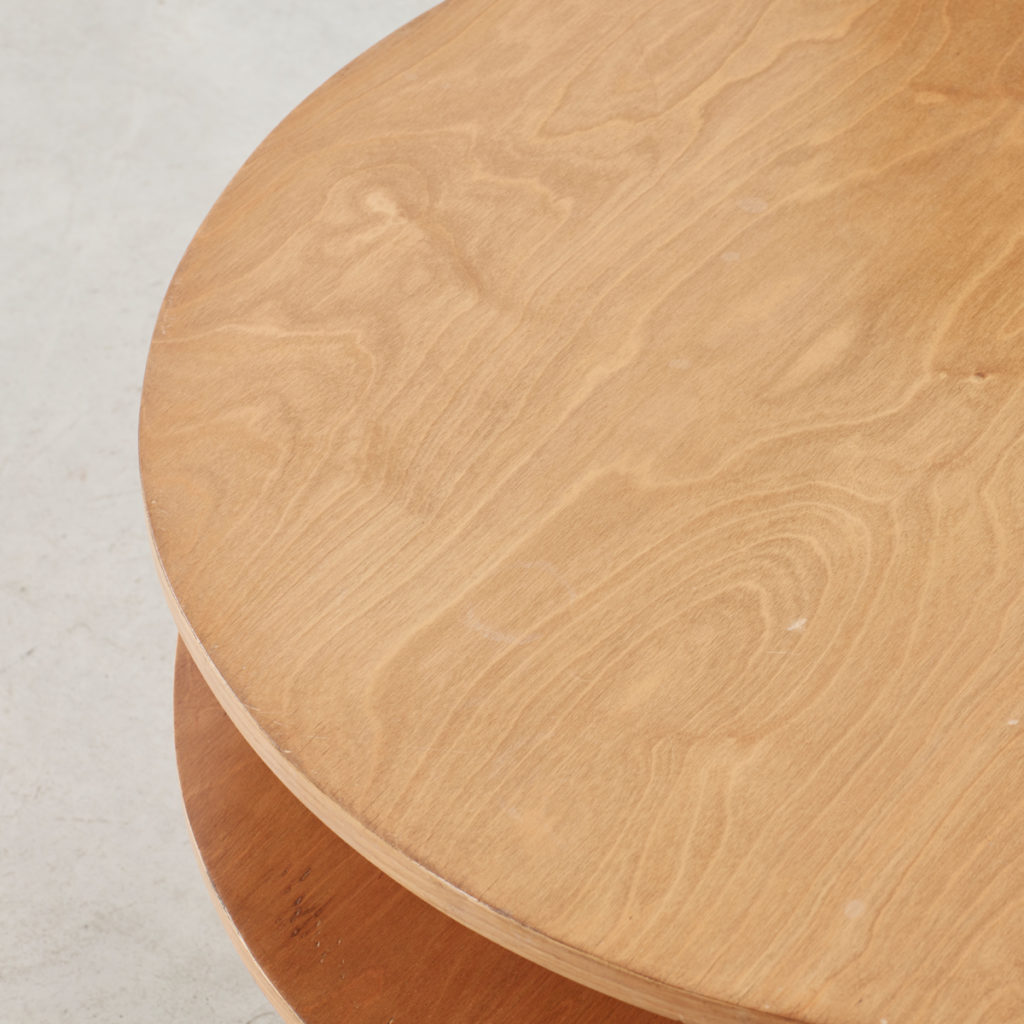 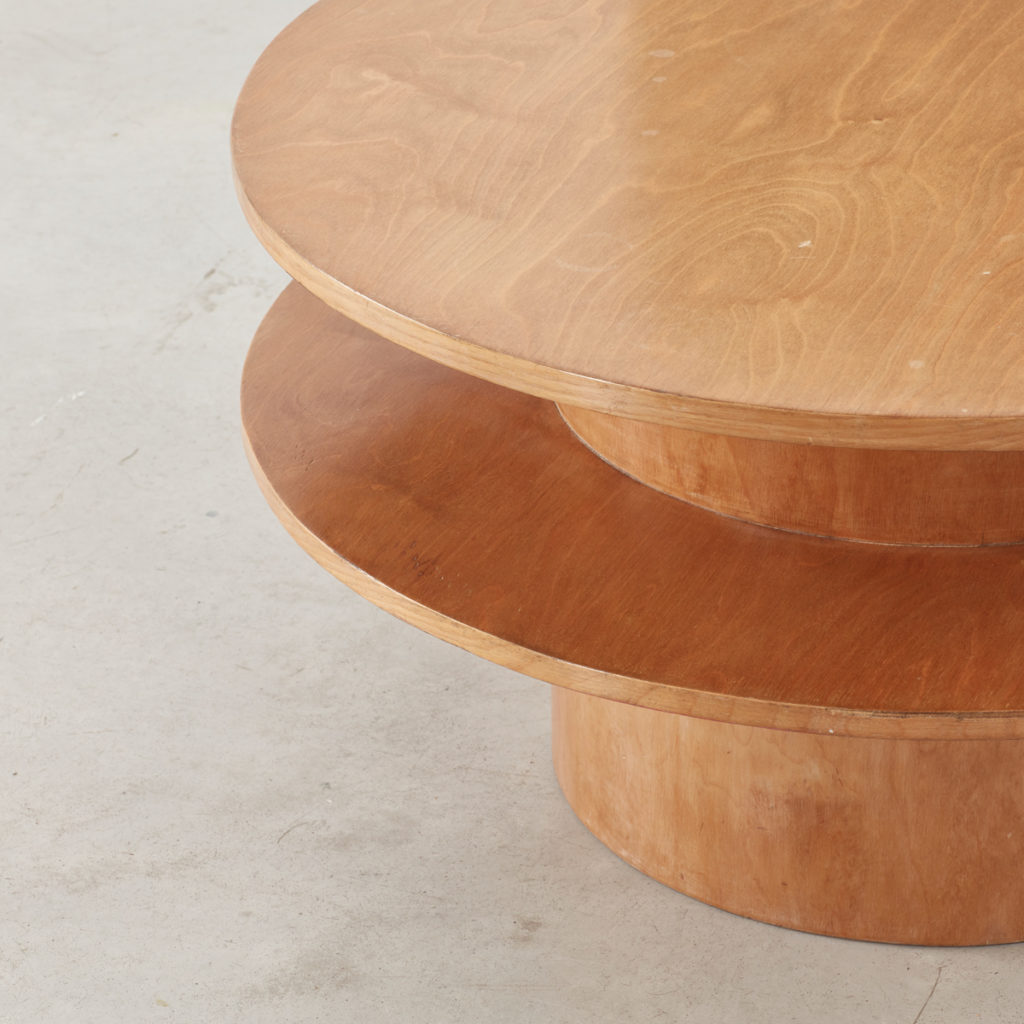 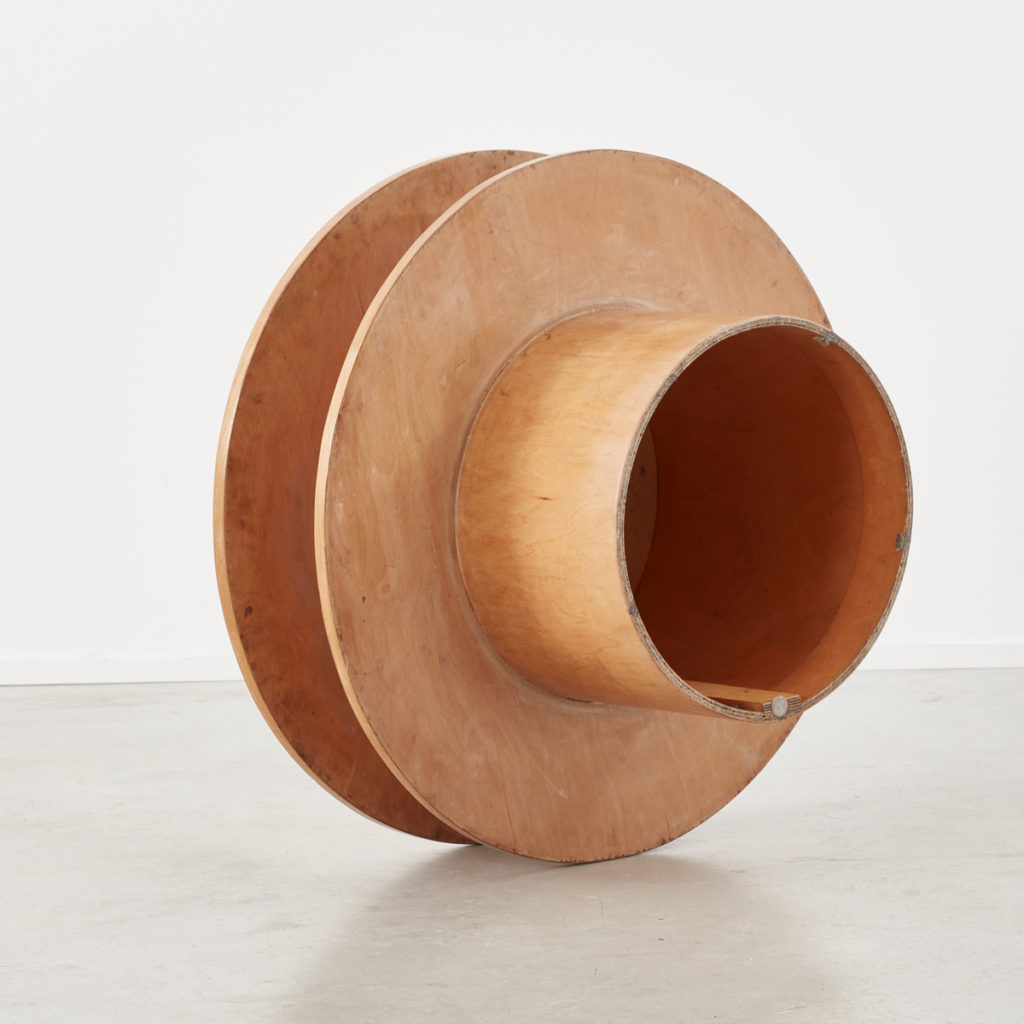 Gerald Summers (1899 to 1967) was a highly regarded designer and innovator of plywood furniture. A short lived engineering career cut short by World War I. He returned from battle and decided to make his wife a wedding gift – a table, which reignited his early passion for design. He then founded his company Makers of Simple Furniture to push British ply design to its limits. His most renowned piece, a bent plywood chair is striking for its use of a single sheet consisting of 13 layers of cross-grained veneer, pressed into a cantilevered armchair. His techniques and aesthetic gained many admirers, helped by his involvement in various exhibitions hosted by Fortnum and Masons where he exhibited alongside other cutting edge designers such as Alvar Aalto.

The Two Tier Table is a beautifully simple occasional table designed in 1934. These were made in very small numbers as Makers of Simple Furniture primarily produced to order. It’s rudimentary drum shape is made from Birch ply and features a bottom shelf and top surface pierced by a central cylindrical column. The table is great condition for its age however, does show traces of use. We can arrange for all the surfaces to be refinished on request.