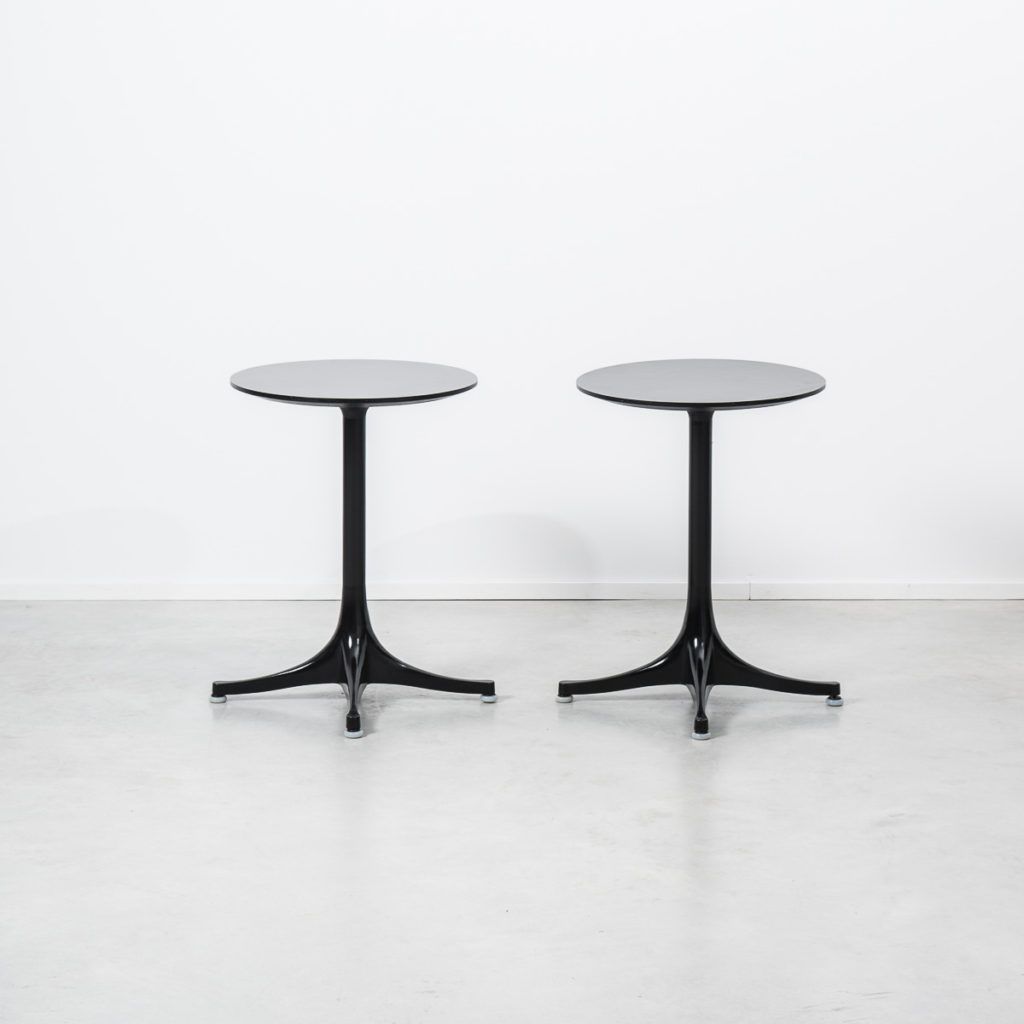 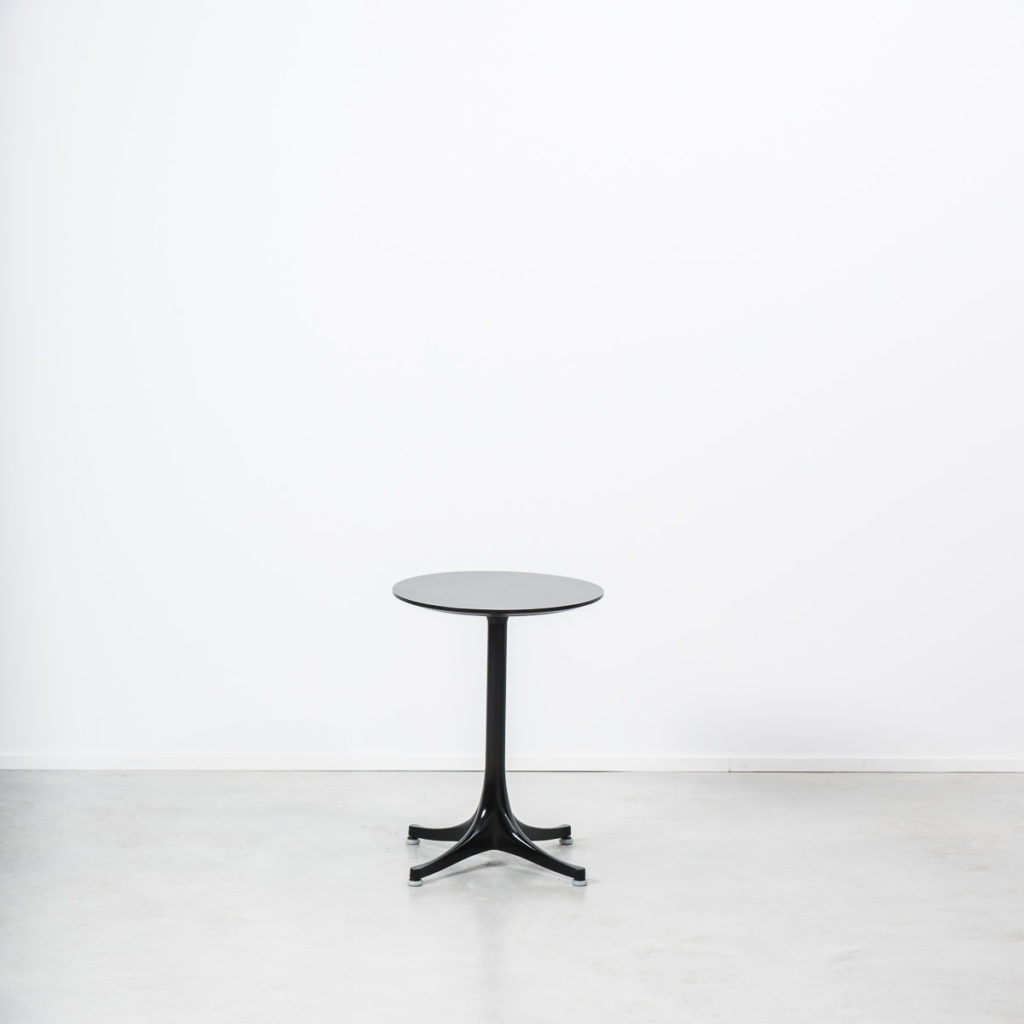 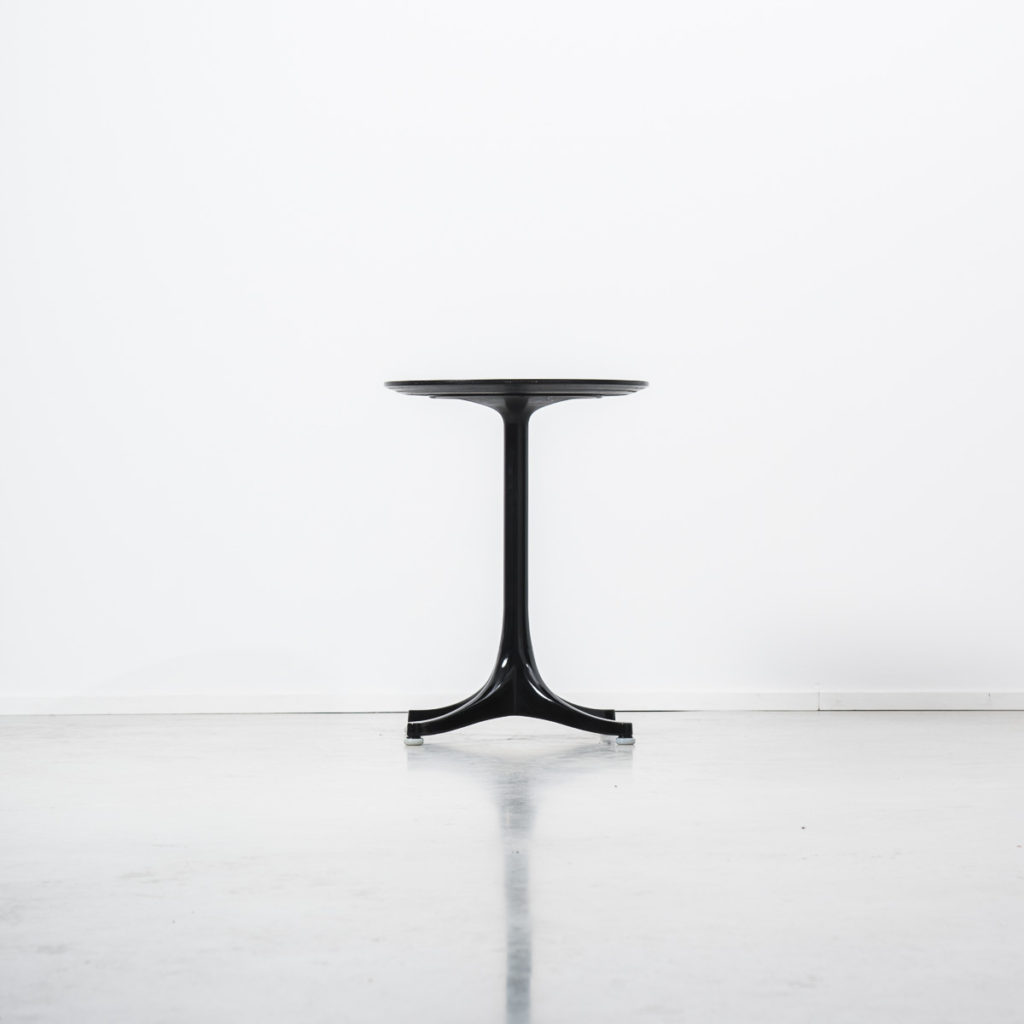 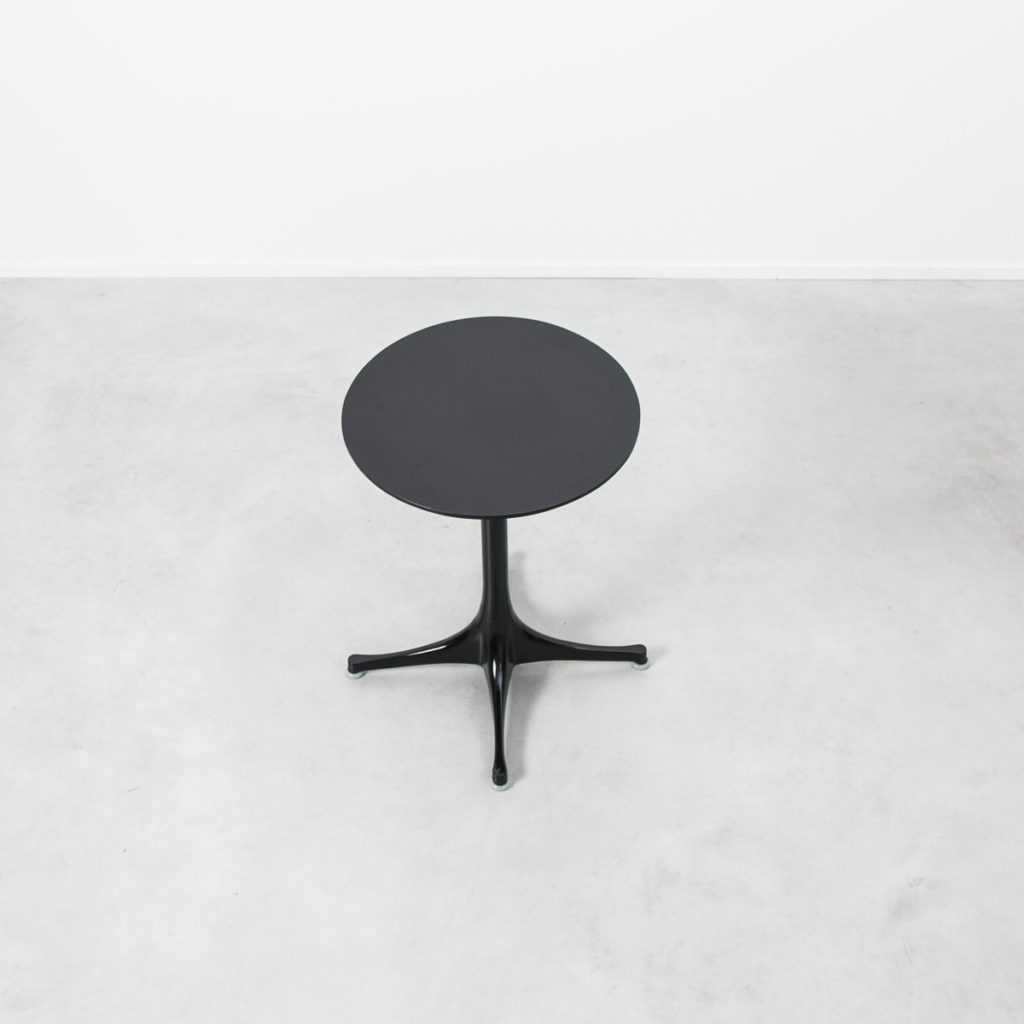 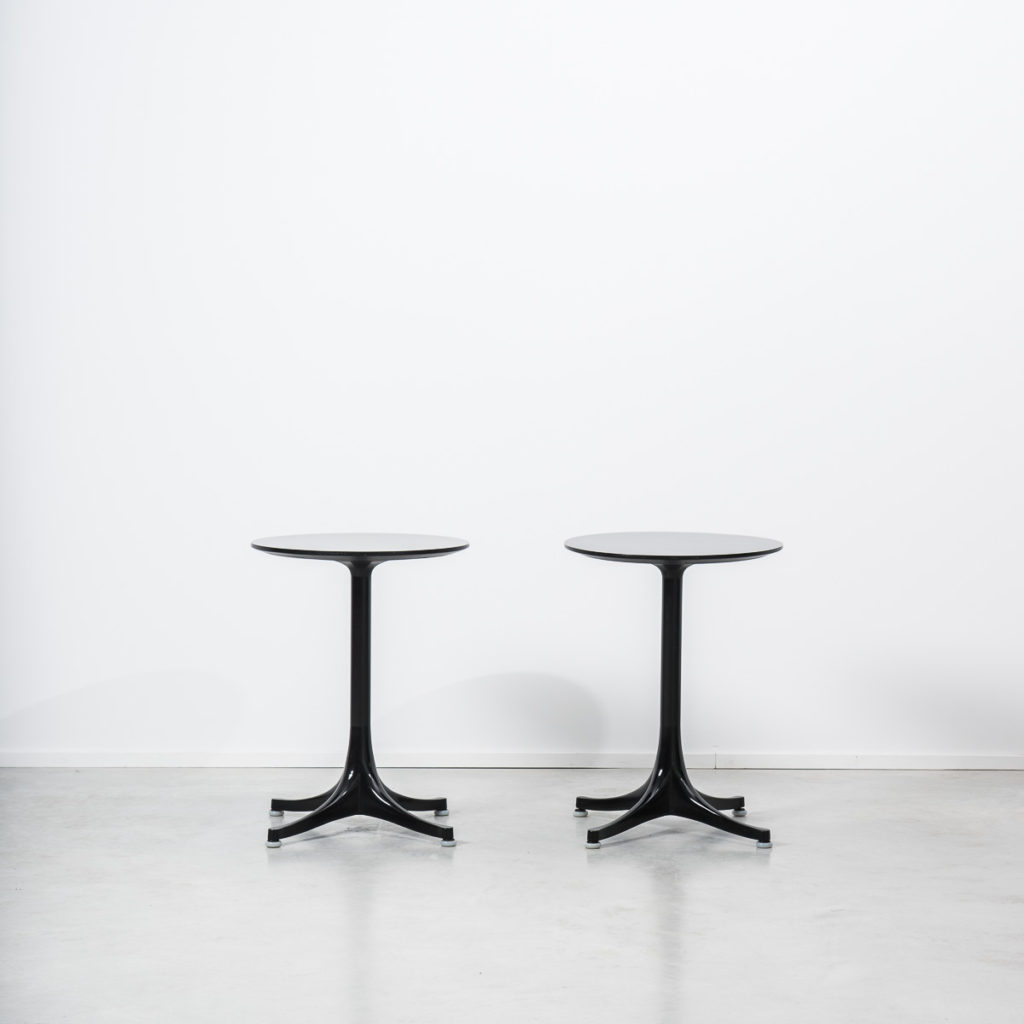 Rare pair of original 5451 tables designed by George Nelson for Herman Miller. Hard to come by edition, featuring stained black birch ply rather than laminated tops, with champfered edges. Tubular Steel base and supports and legs in die-cast aluminium.

Nelson did not originally set out to become an architect. He happened upon the architecture school at Yale because of a rain storm, ducking into the building to seek shelter. In 1945, the Herman Miller furniture company was producing mostly conventional, wood-based designs. After reading Tomorrow’s House, a publication by Nelson, D.J. Depree, the Chairman of Herman Miller, selected him to be the company’s next Director of Design. From here he pioneered American mid-century design alongside Eames.