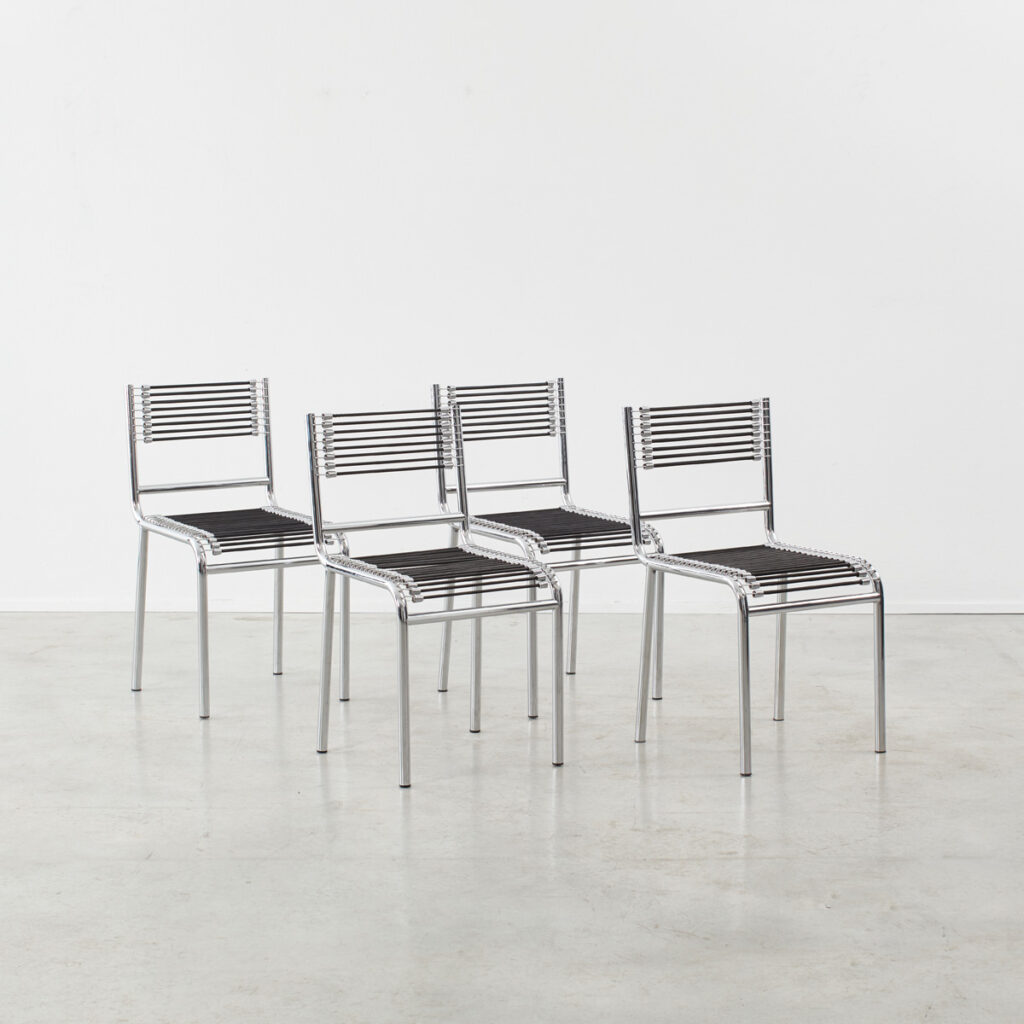 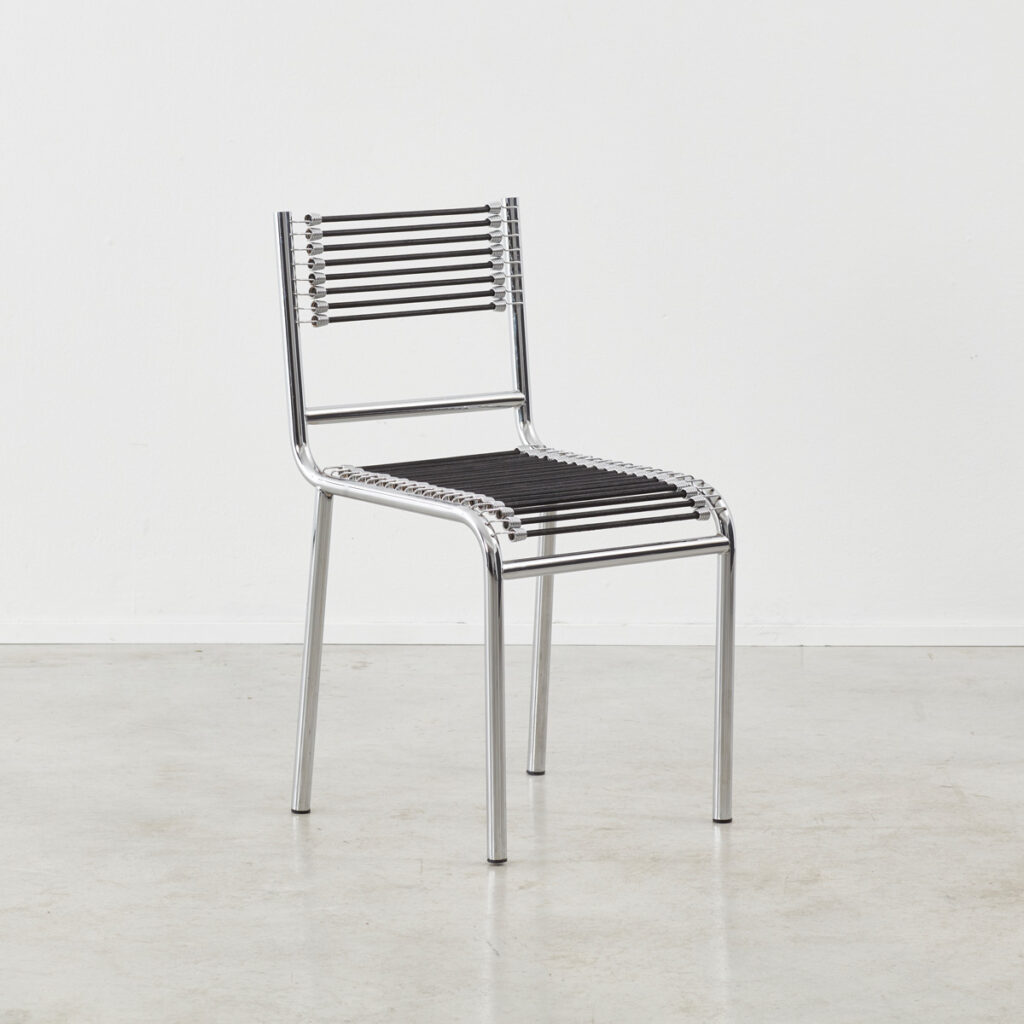 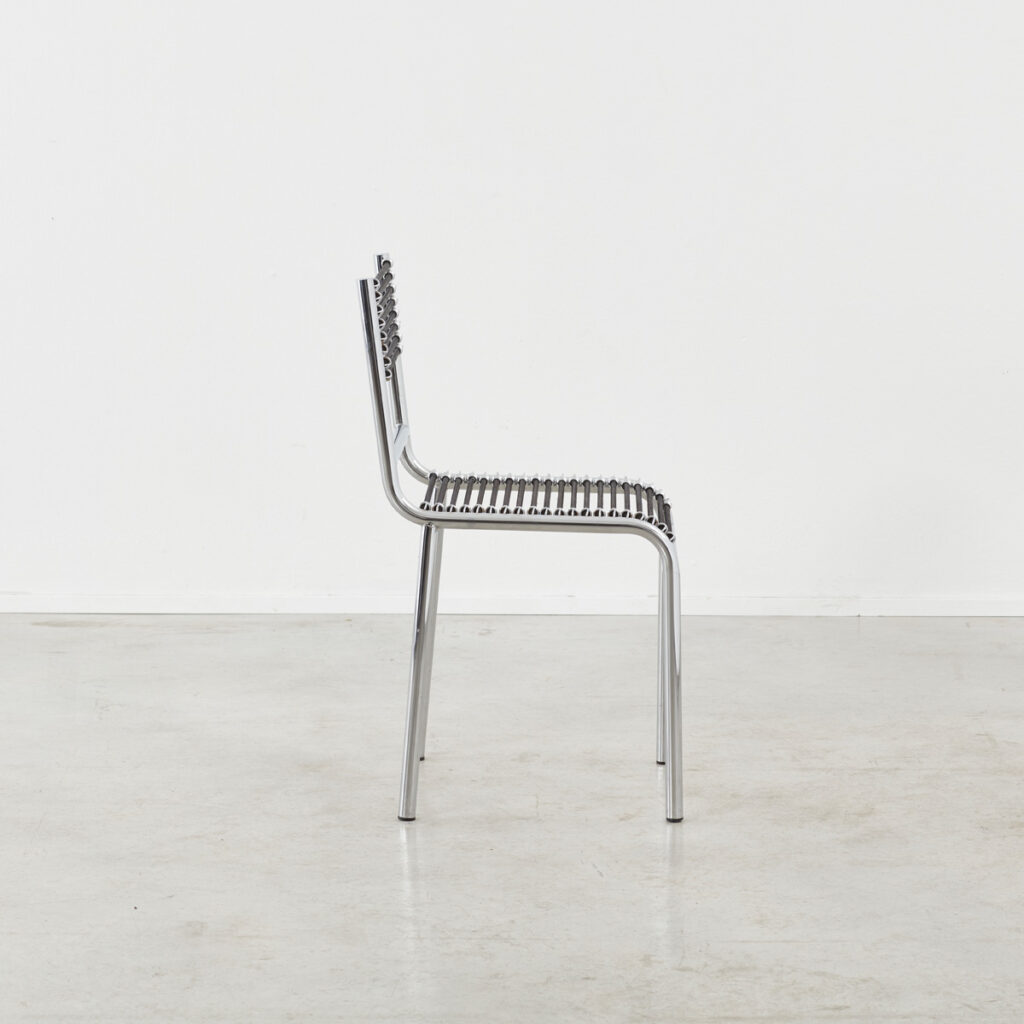 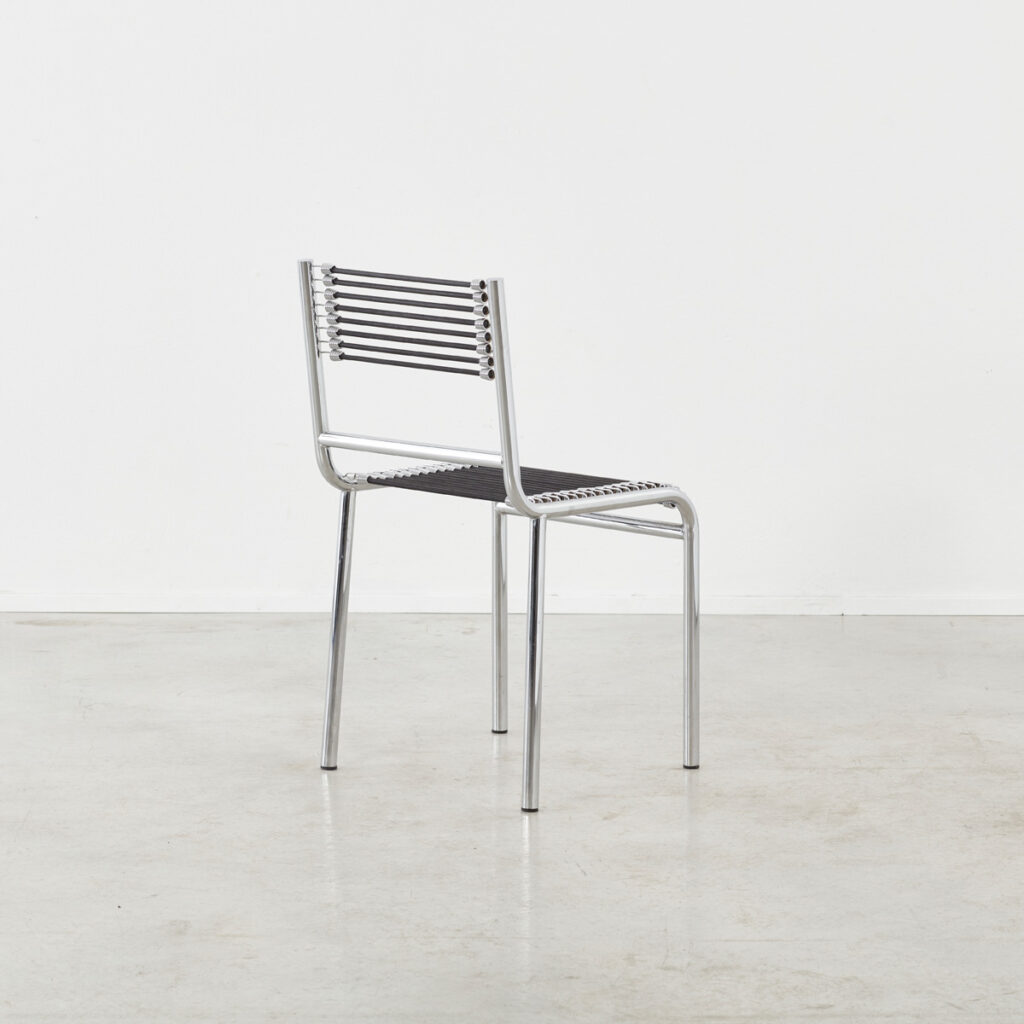 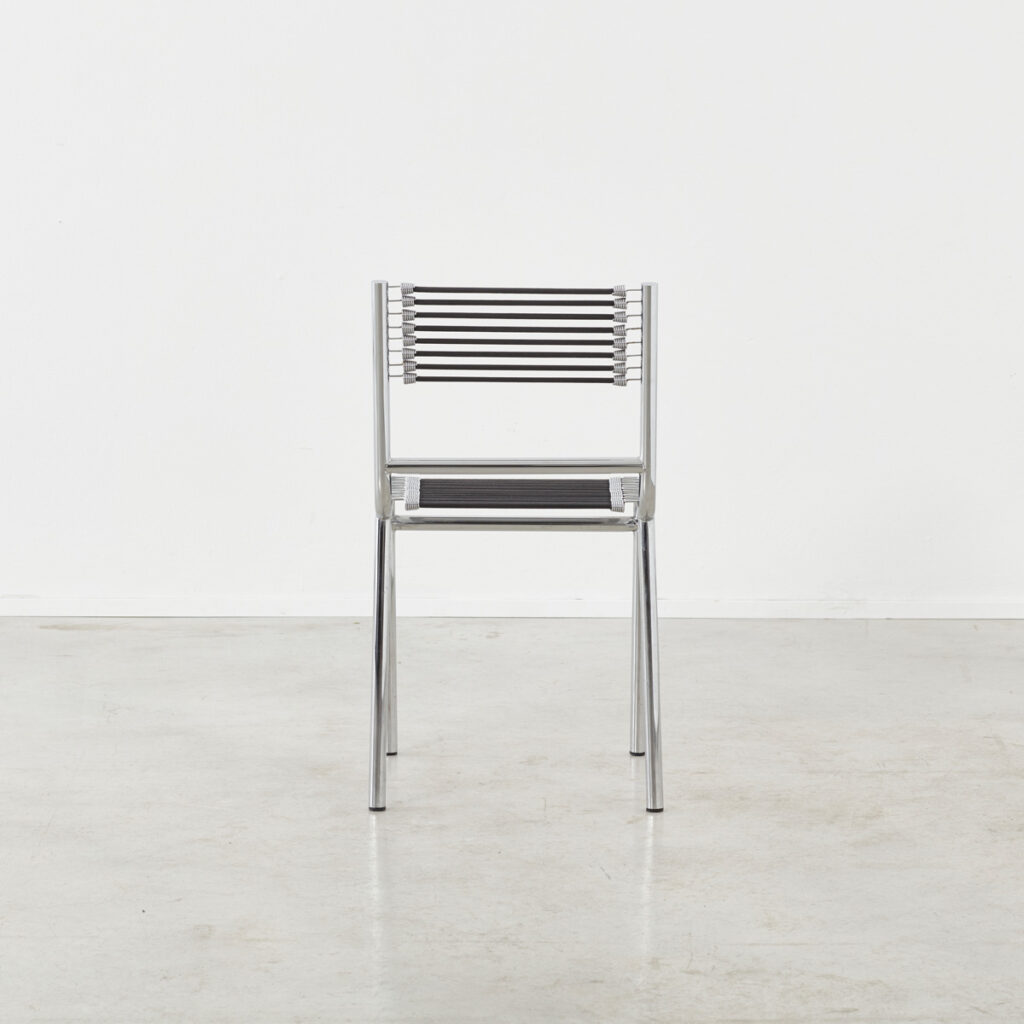 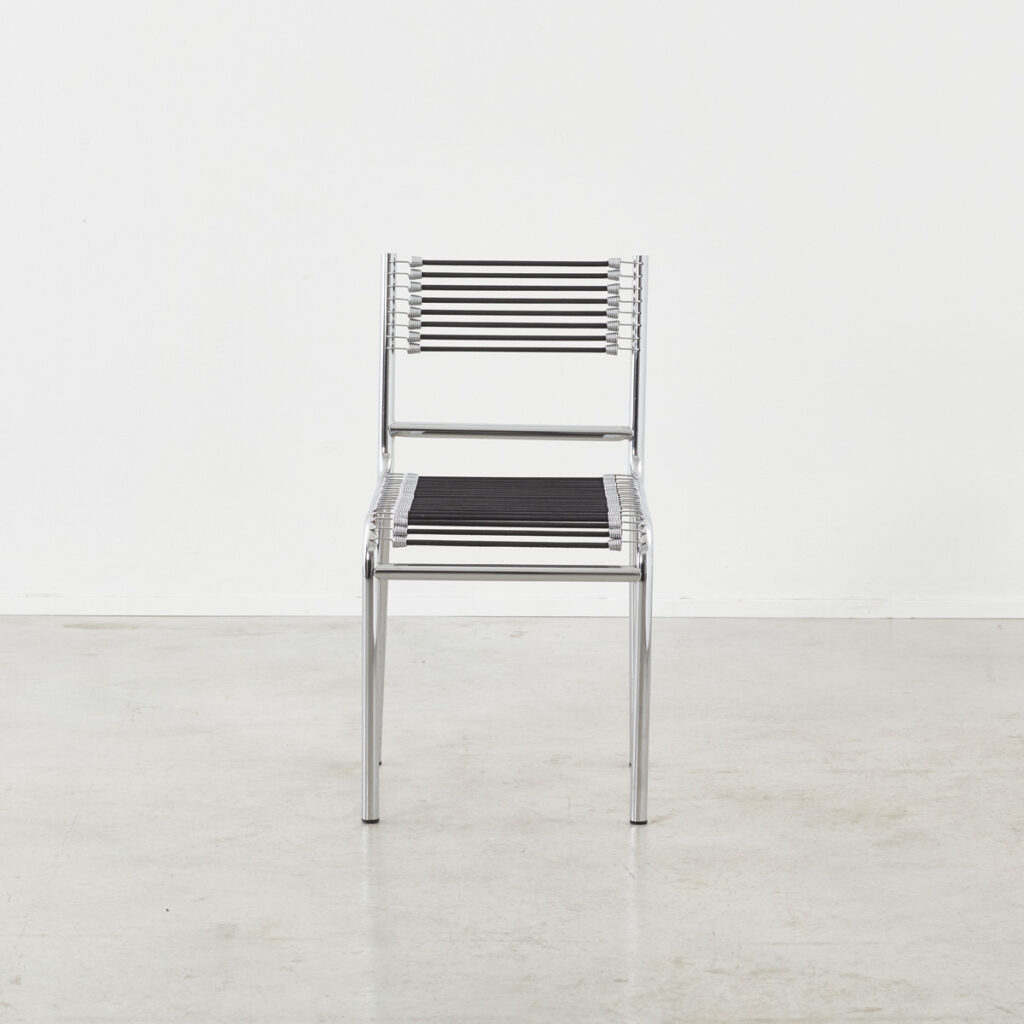 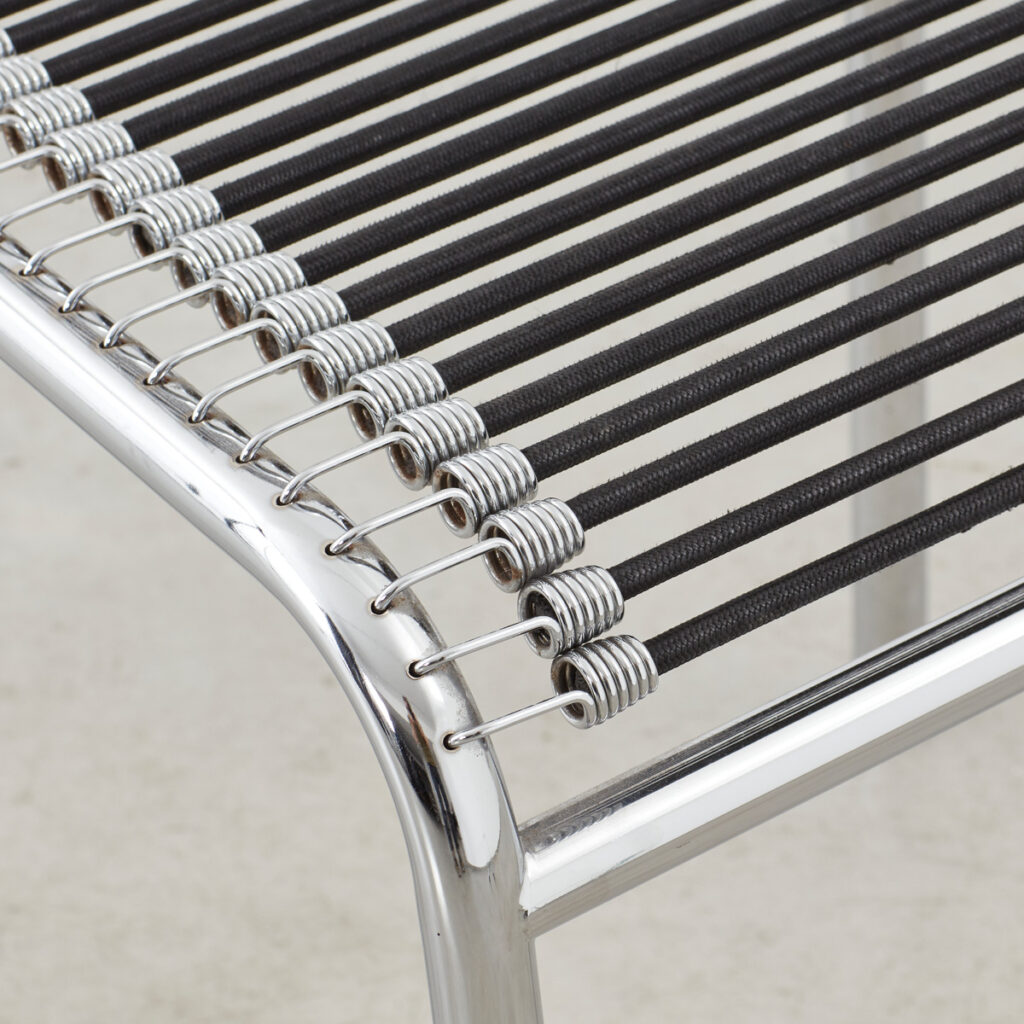 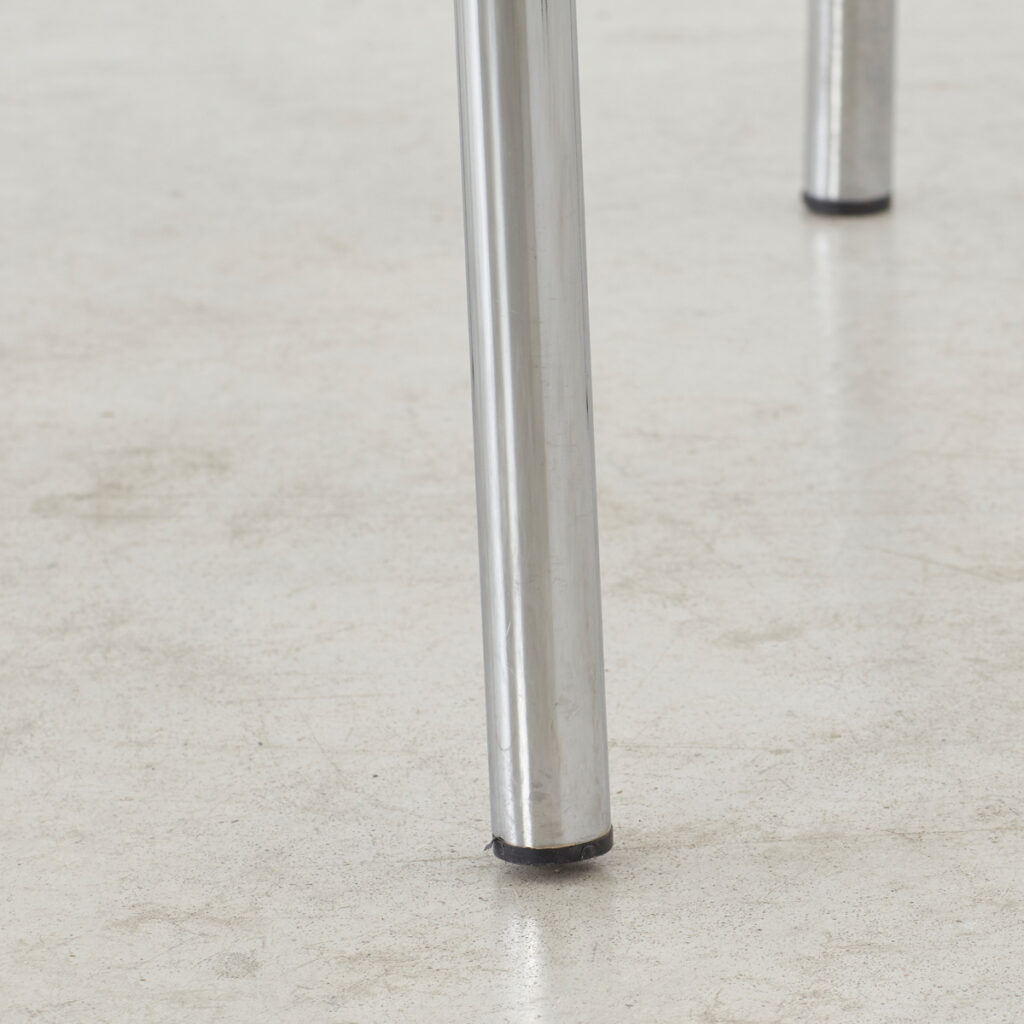 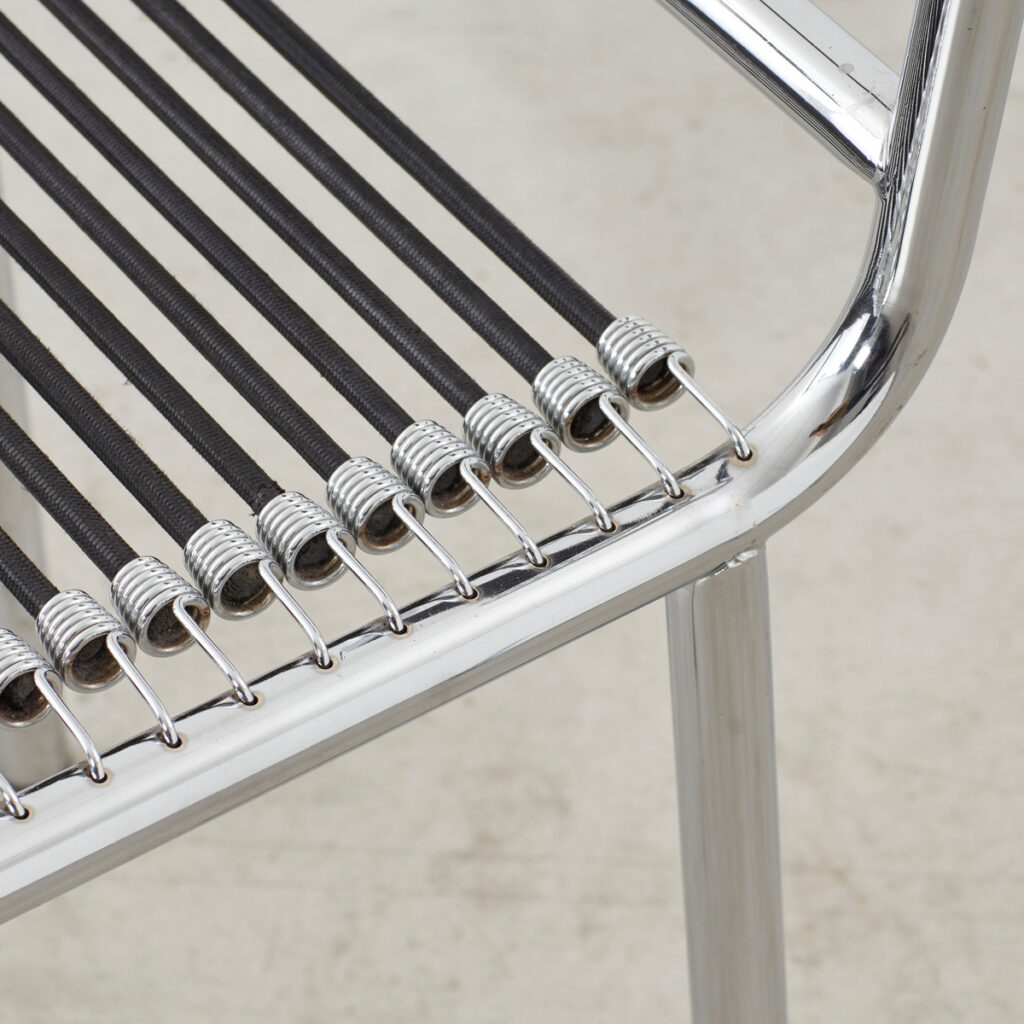 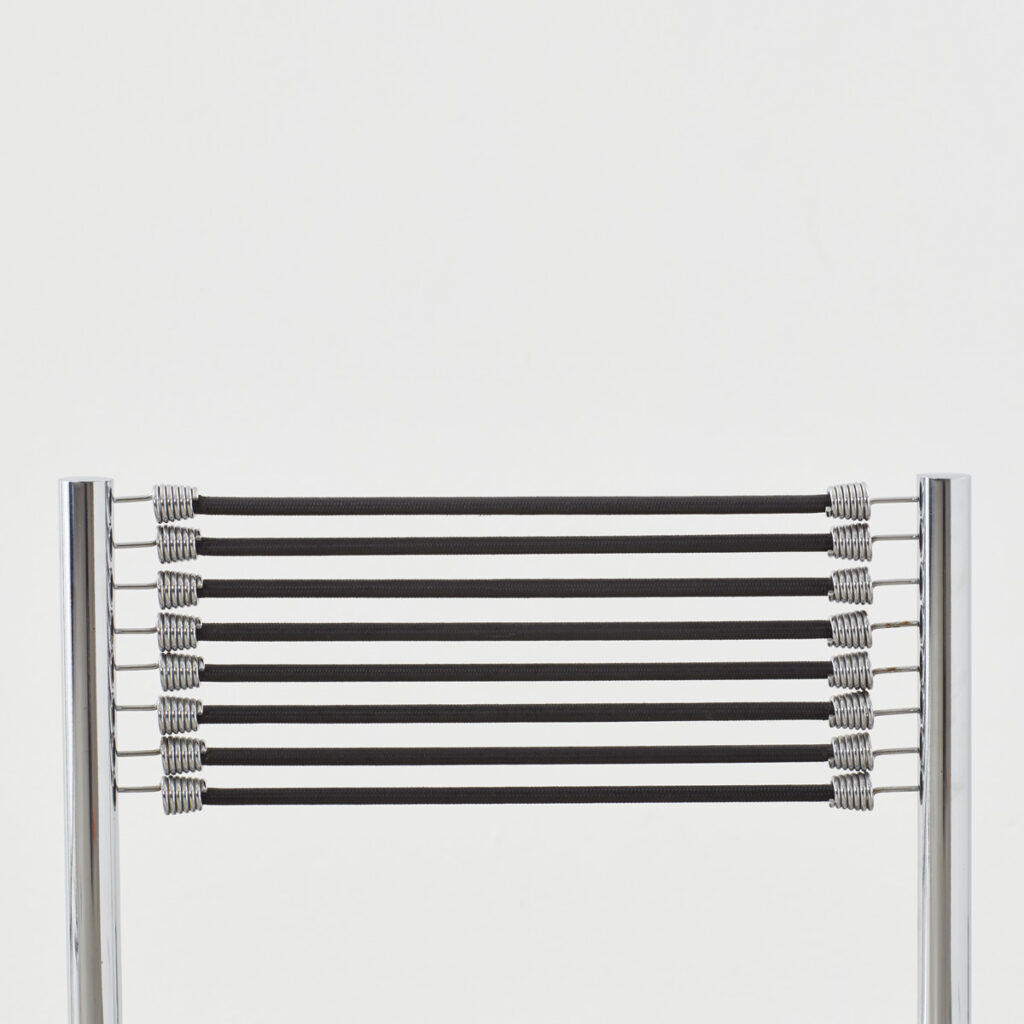 René Herbst (1891-1982) was a French designer who studied in London, Frankfurt and Russia. He founded Établissements René Herbst in Paris and exhibited at the seminal “Exposition Internationale des Arts Décoratifs et Industriels Modernes” in 1925, a show that defined the Art Déco style. Herbst later rebelled against the decorative impulses of Art Déco by co-founding the Union des Artistes Modernes (UAM) with Robert Mallet-Stevens, Francis Jourdain, and others. The ‘Chaise Sandows’ are a good exemplar of Herbst’s design philosophy at the height of his powers: they are explicitly functional and bold yet retain a clear sense of modernist style. The frames are nickel-plated tubular steel and the seat and back are made from rubber strips stretched taut and fastened to the frame by hooks. Herbst unveiled the ‘Chaise Sandows’ at the 1929 Salon d’Automne, the same show in which with Le Corbusier first showed his own radical new tubular steel-framed furniture.

These editions were produced later in the twentieth century. The Sandows chair is an iconic design in the history of the modern movement and examples of it are held by MoMA and other international institutions.

Good vintage condition with minor wear and pitting to chrome.