Mailing List
Sign up to our mailer to keep up to date with out latest stock and events. Alternatively, contact us at info@betonbrut.co.uk.
Finale white marble side tables, Draenert studio, Germany, 1970s | Béton Brut 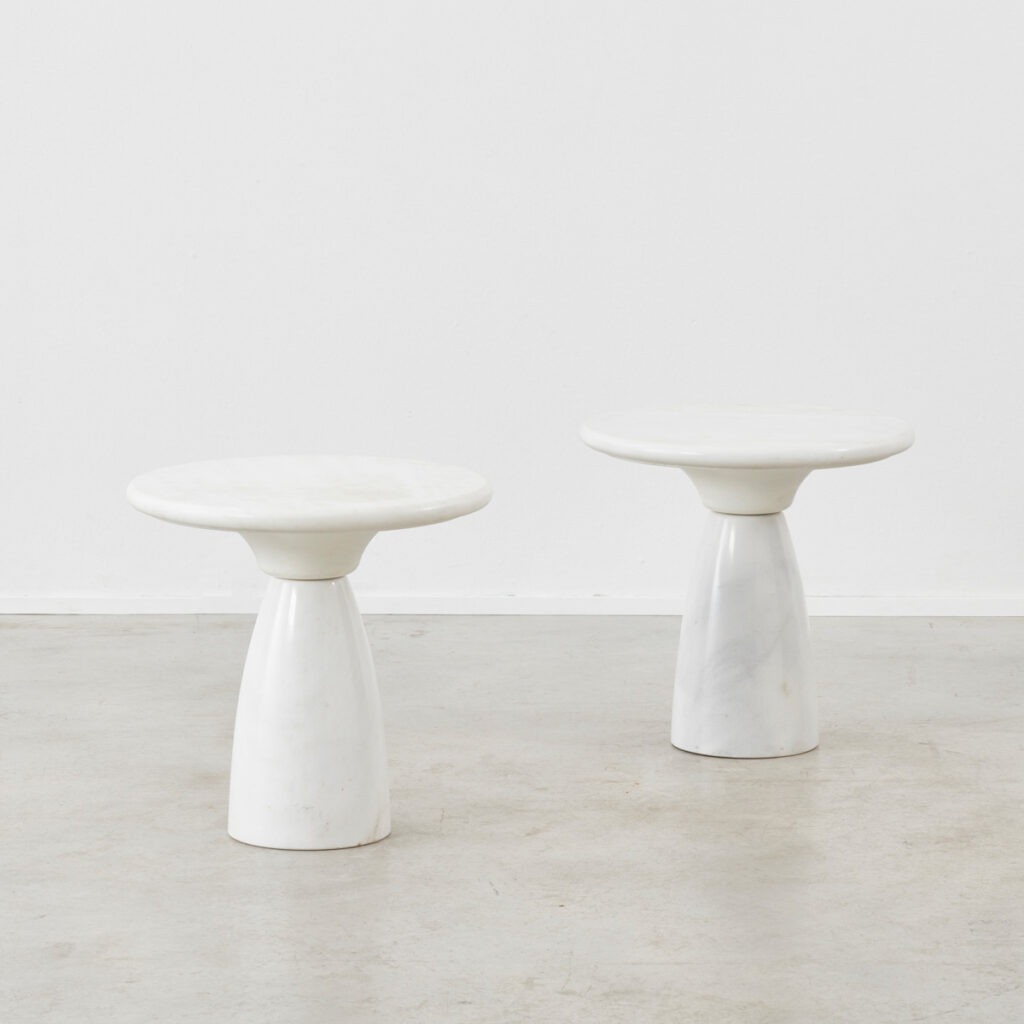 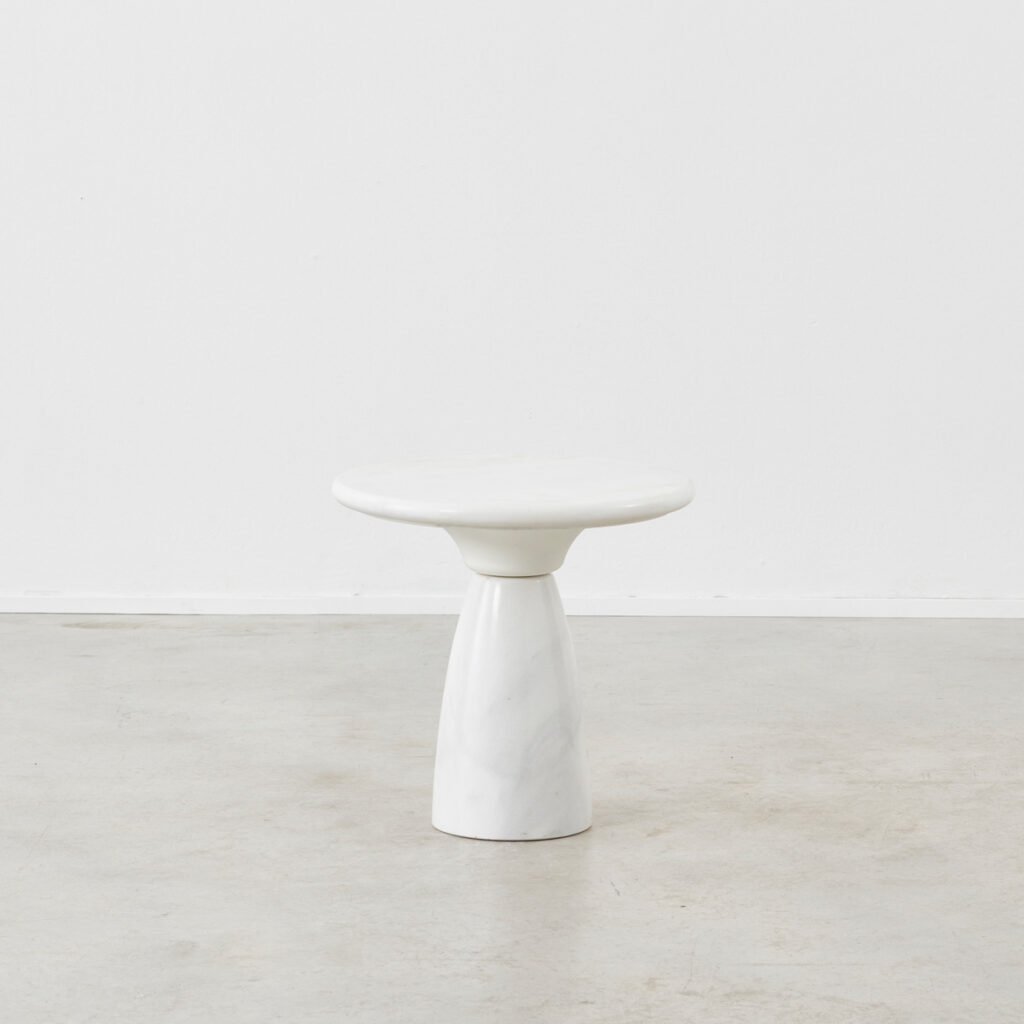 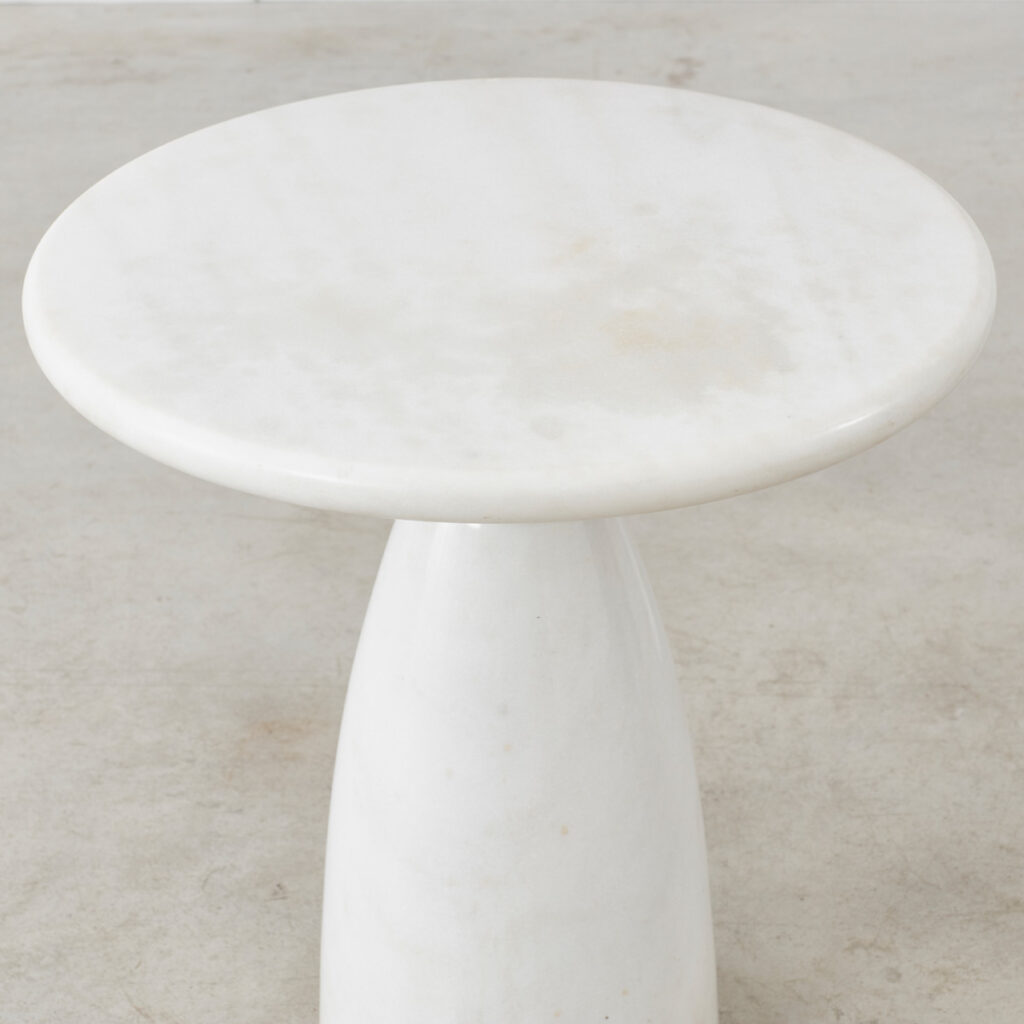 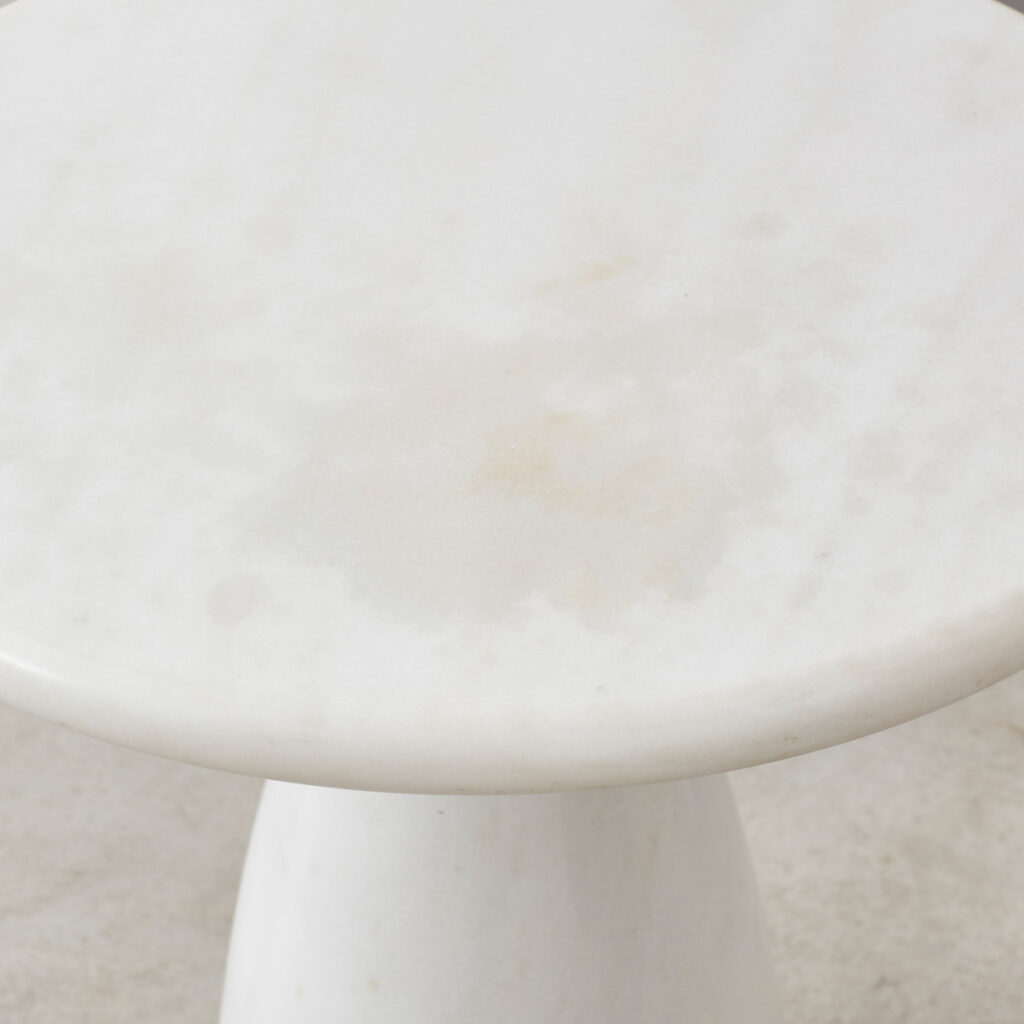 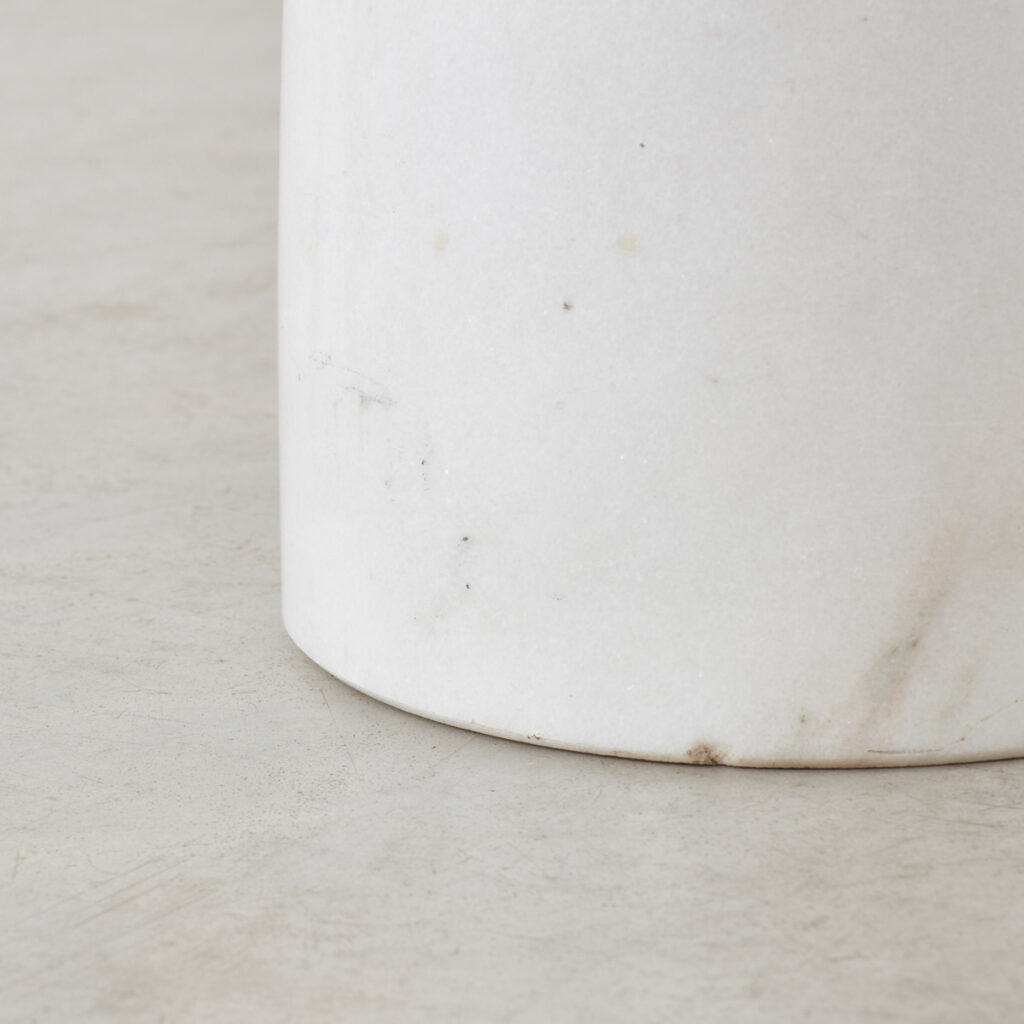 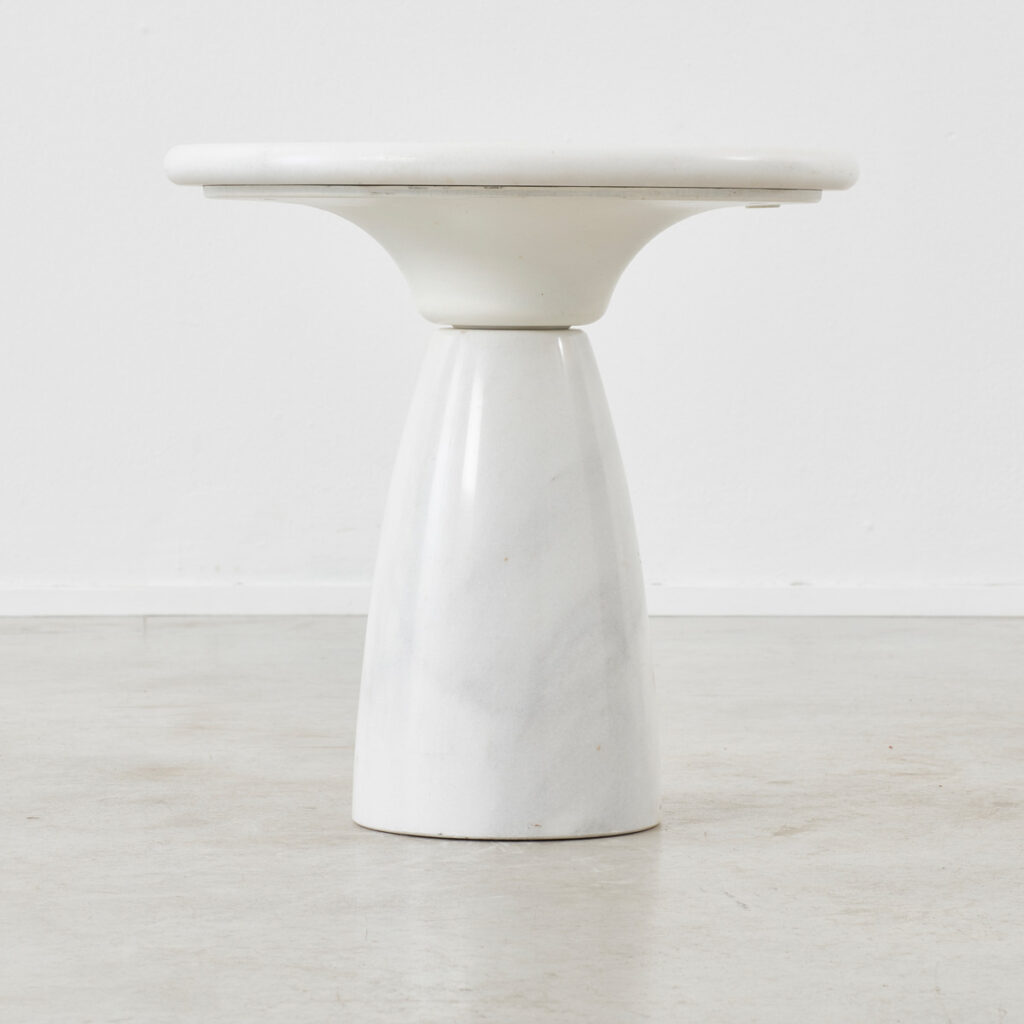 German furniture designer Peter Draenert believed that “a table must be more than just beautiful to look at. It is our responsibility as designers to give it a further dimension.” Before becoming a designer Draenert had completed a PhD on the poet Friedrich Hölderlin. Soon afterward he was walking in the Swabian Mountains when he discovered a slab of slate containing ancient fossils which he brought home and converted into a tabletop. This episode ultimately led him to create his own furniture company in 1968. As a result, all his subsequent furniture betrays a deep fascination with the sculptural potential and hidden resonances of stone.

This stunning coffee table has a round top interlocking with a solid sculptural base made of marble. An aluminium cone-shaped connection keeps the two sections together, and on this cone, you will find the original mark of the designer and maker. It comes in a good vintage condition, with wear consistent with age and use. It has no chips, but does have some stains and markings on the top.