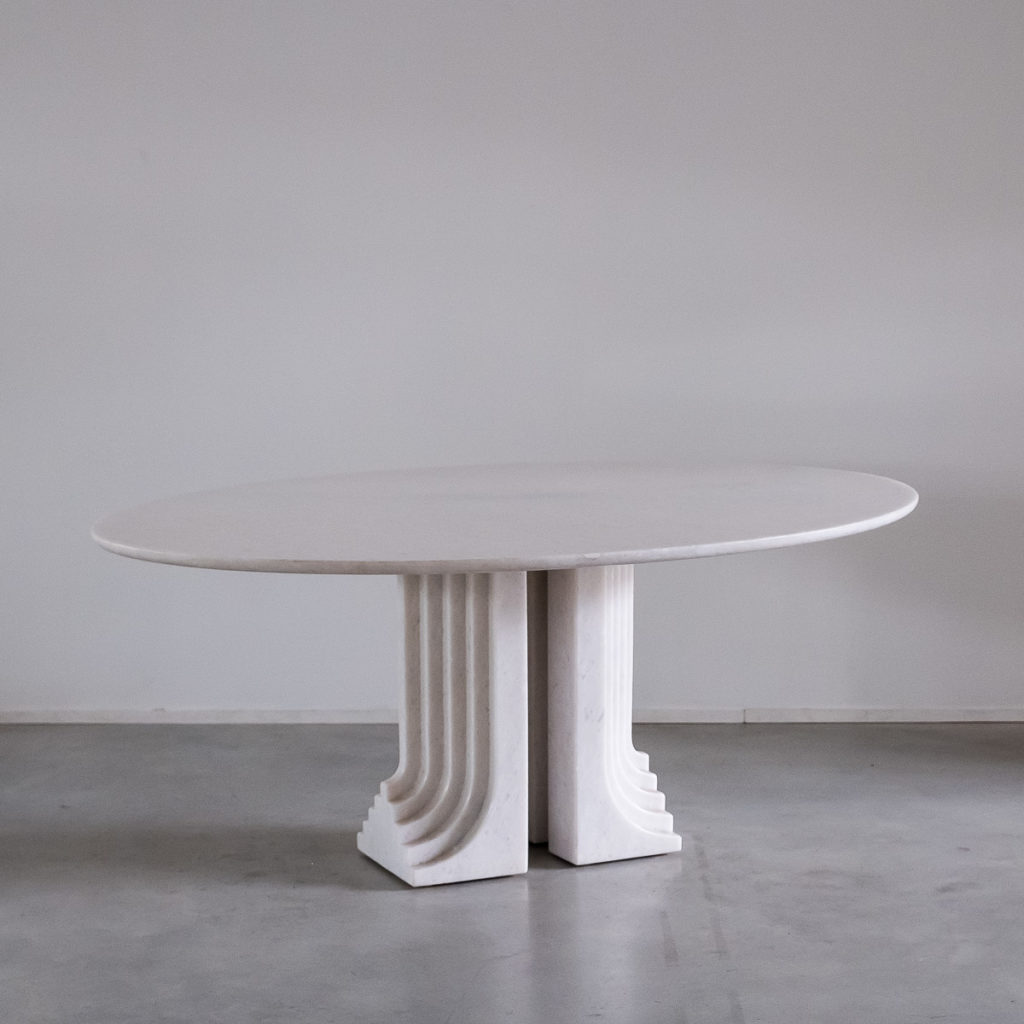 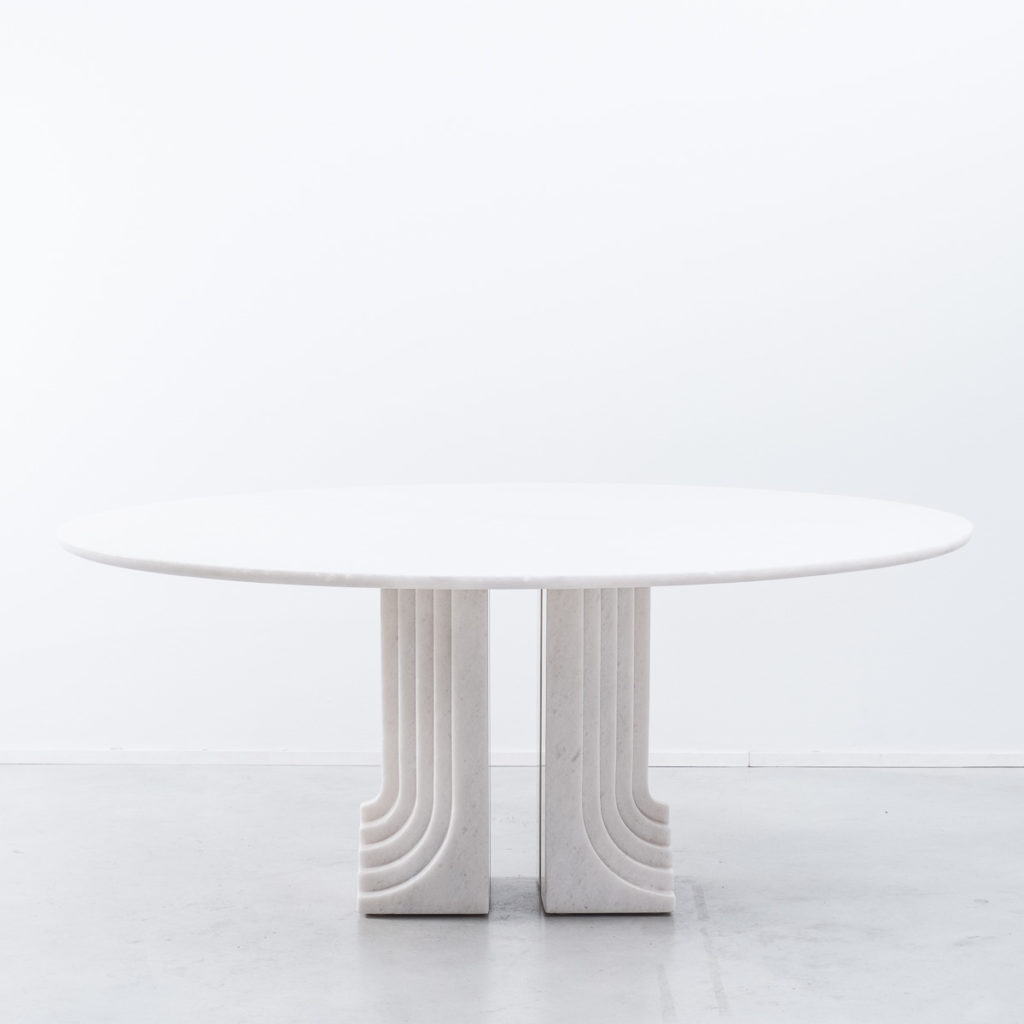 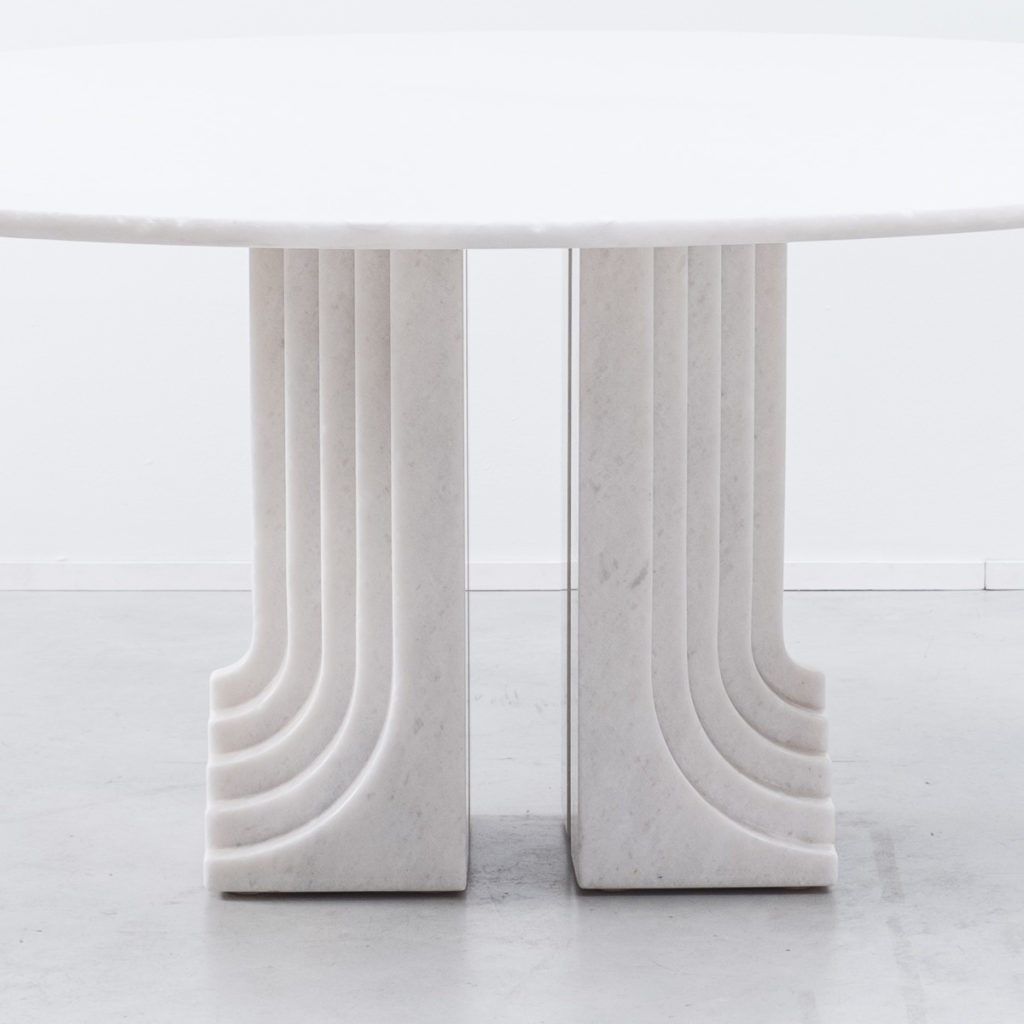 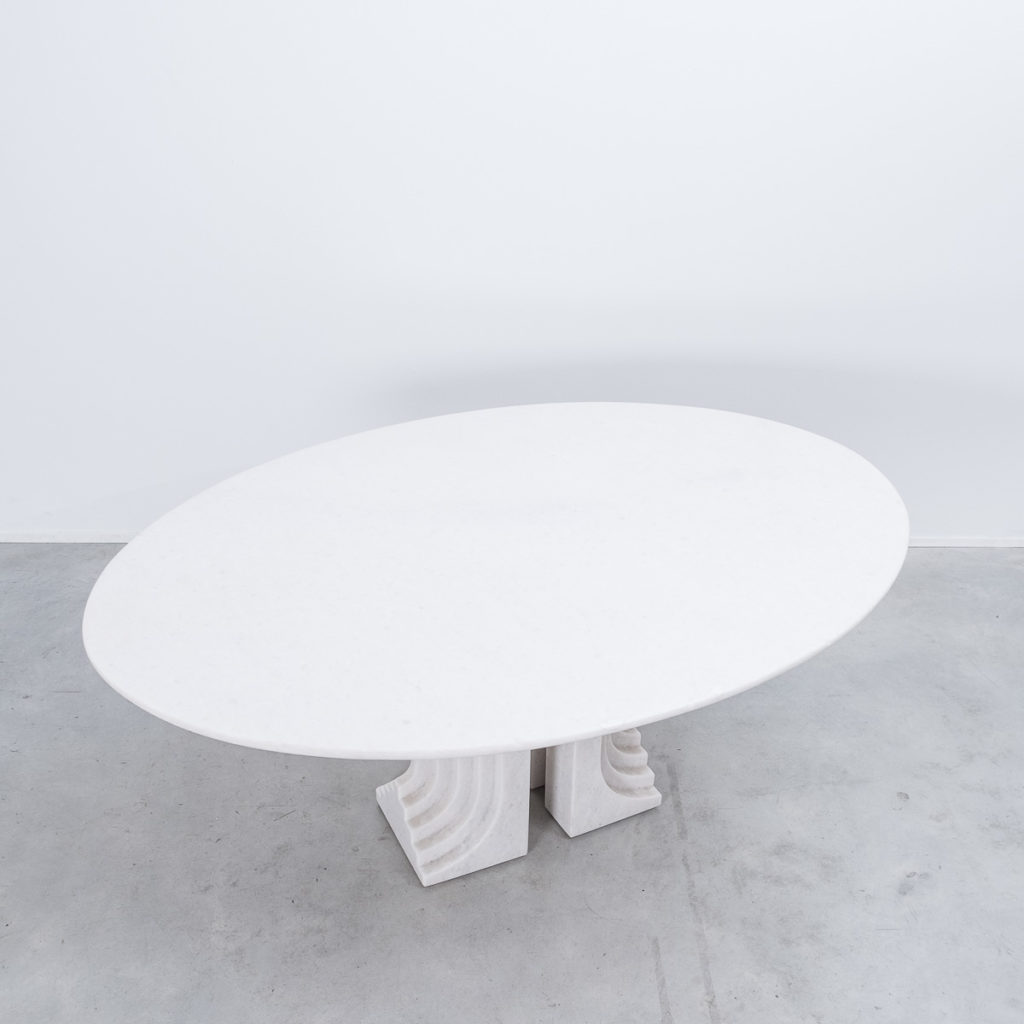 Carlo Scarpa ‘Samo’ table, produced by Simon, Italy 1970s. Part of the ‘Ultrarazionale’ collection by Simon, the base is formed of two pillars of Naxos marble, layered like map contours in relief. The oval tabletop floats of this marble monolith. At the time, the use of luxurious solid marble was a luxury antidote to the ubiquity of low-cost plastic and moulded fibreglass.

Carlo Scarpa (1906-1978) was an architect who mastered materials, detail and light. He is most famous for Castelvecchio Museum in Verona, the Olivetti showroom in Venice and the Brion Tomb in San Vito d’Altivole. The aesthetic drew on Japanese minimalism and organic forms of nature. The table, which has both an architectural and organic presence, harnesses gravity to secure the tabletop.