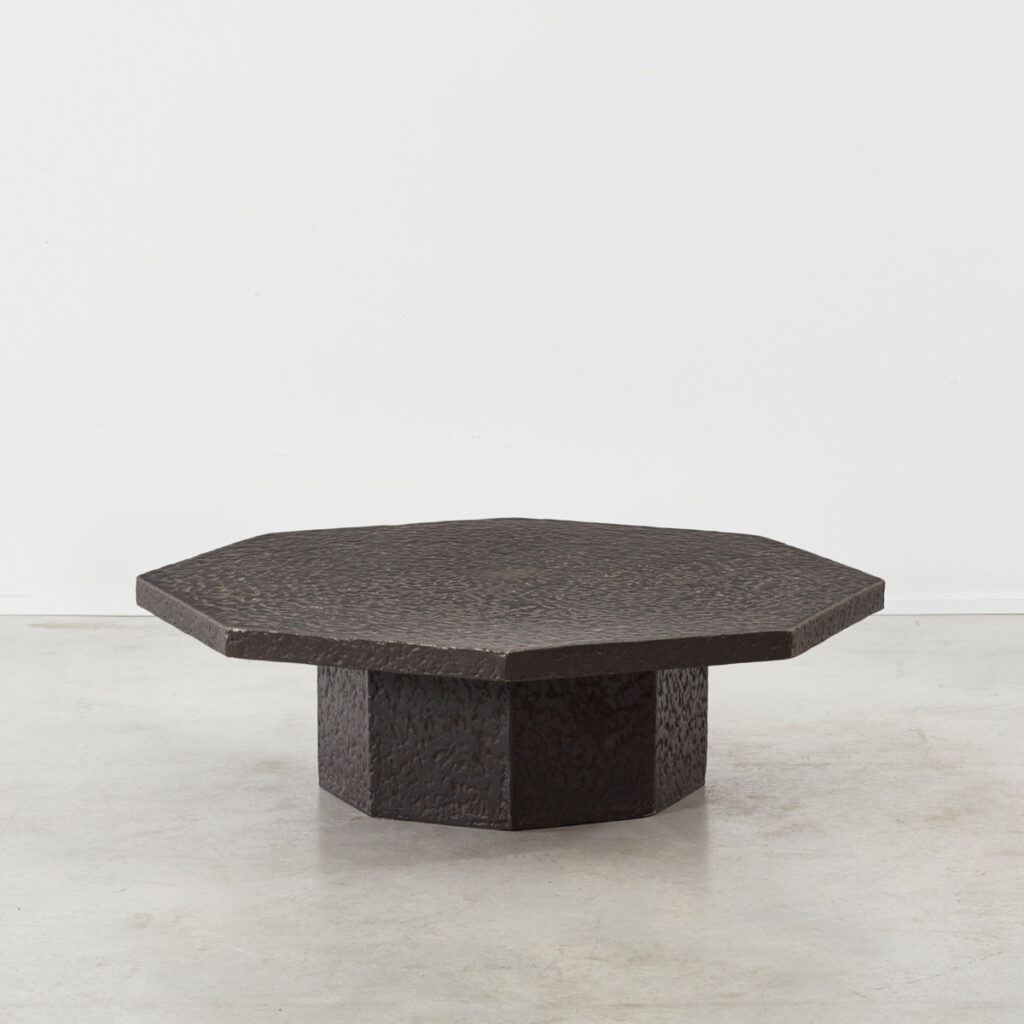 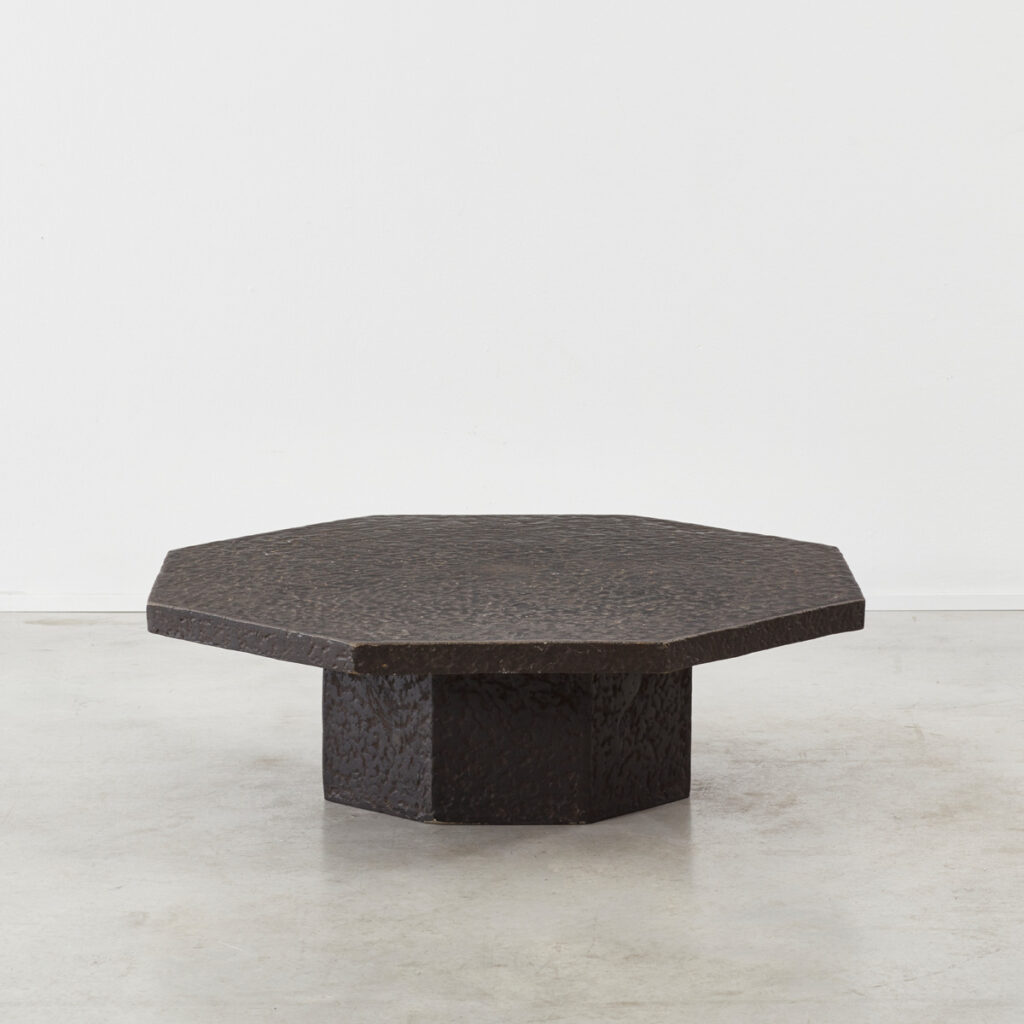 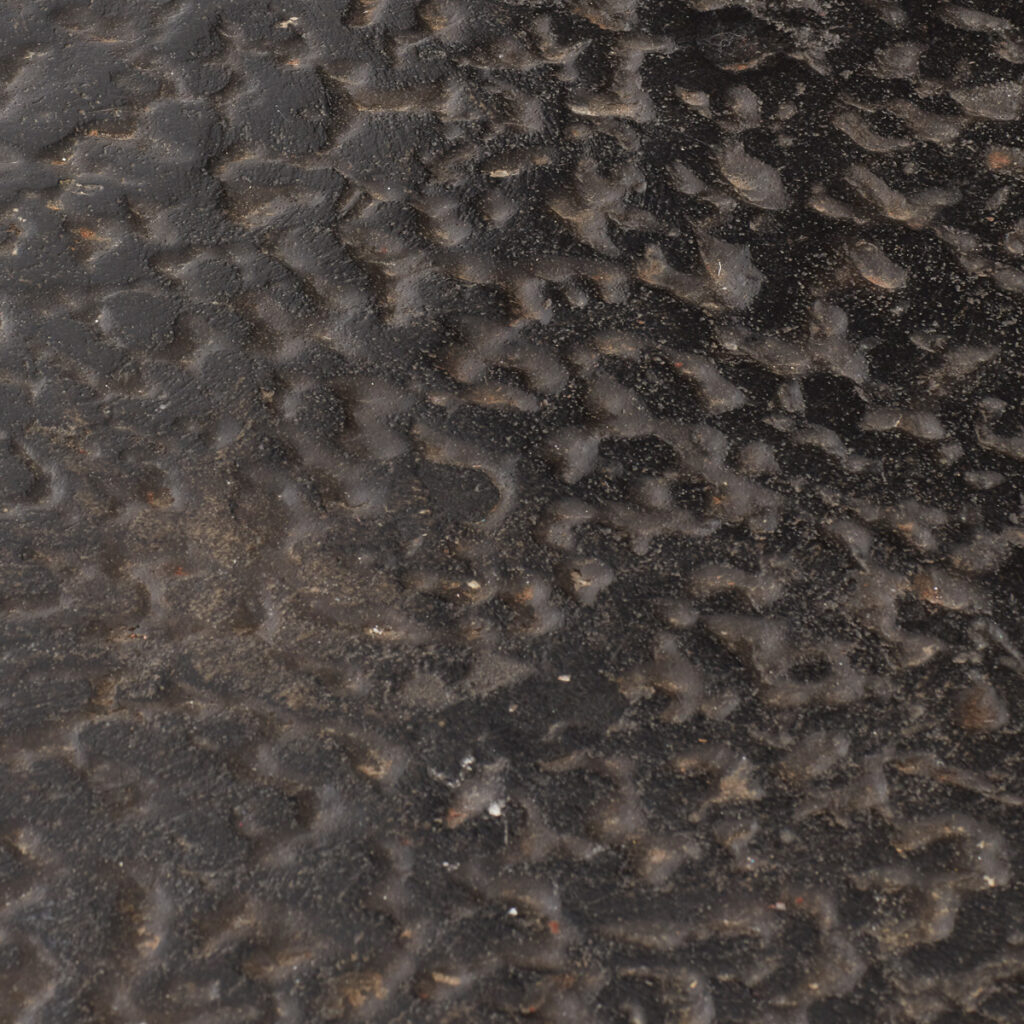 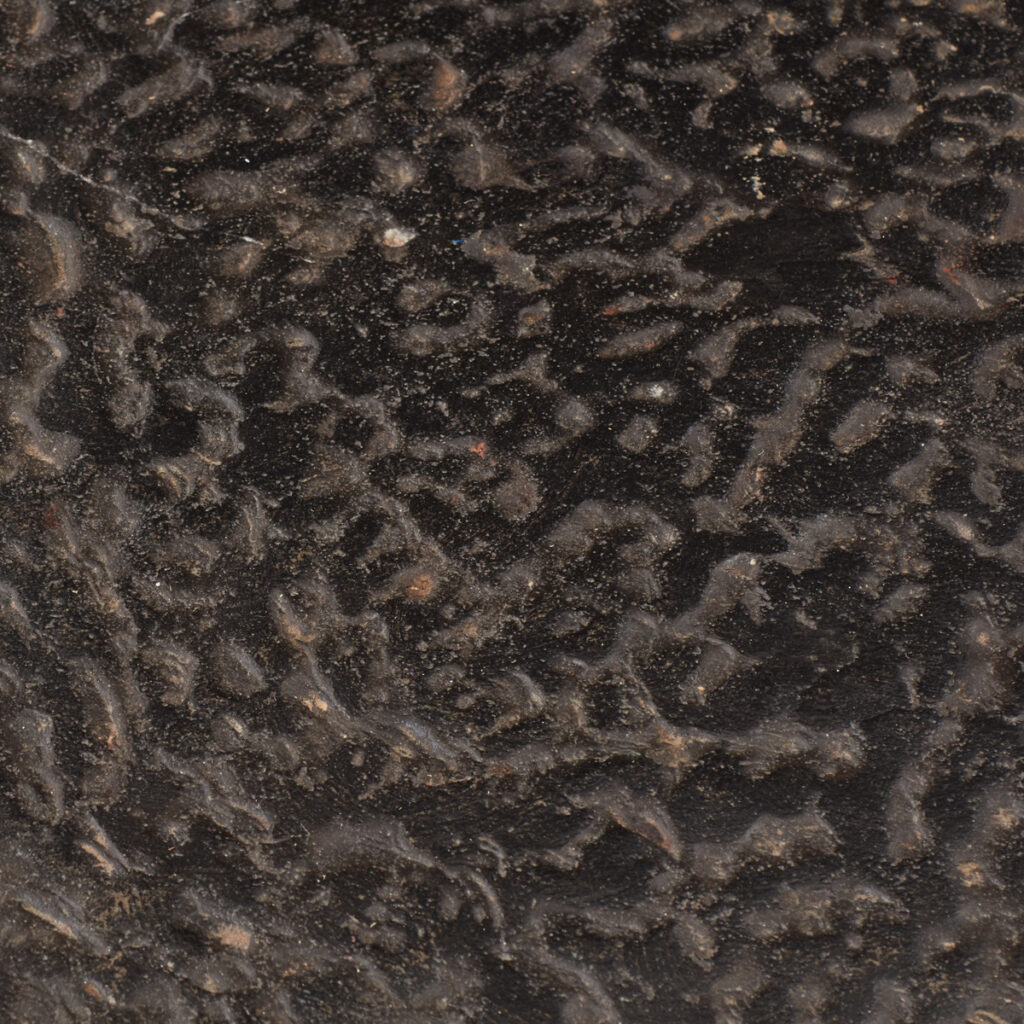 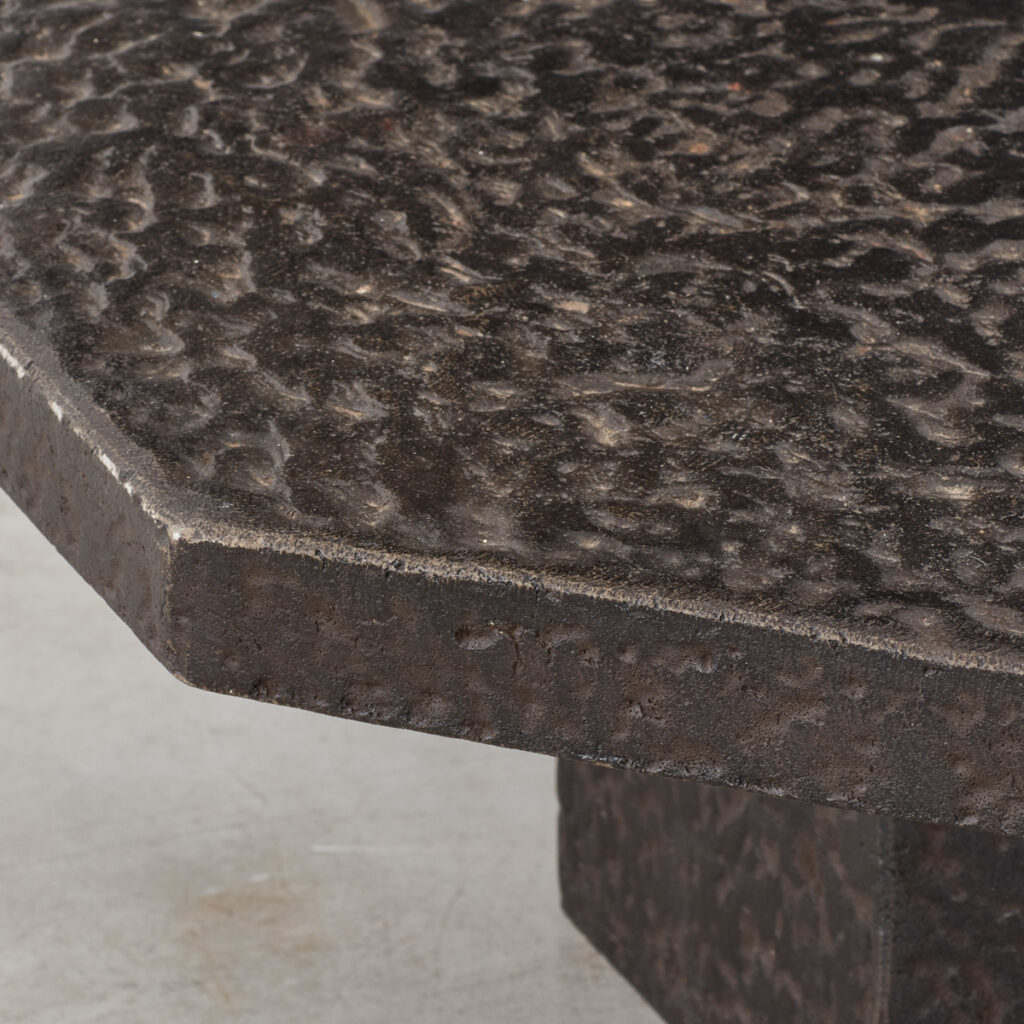 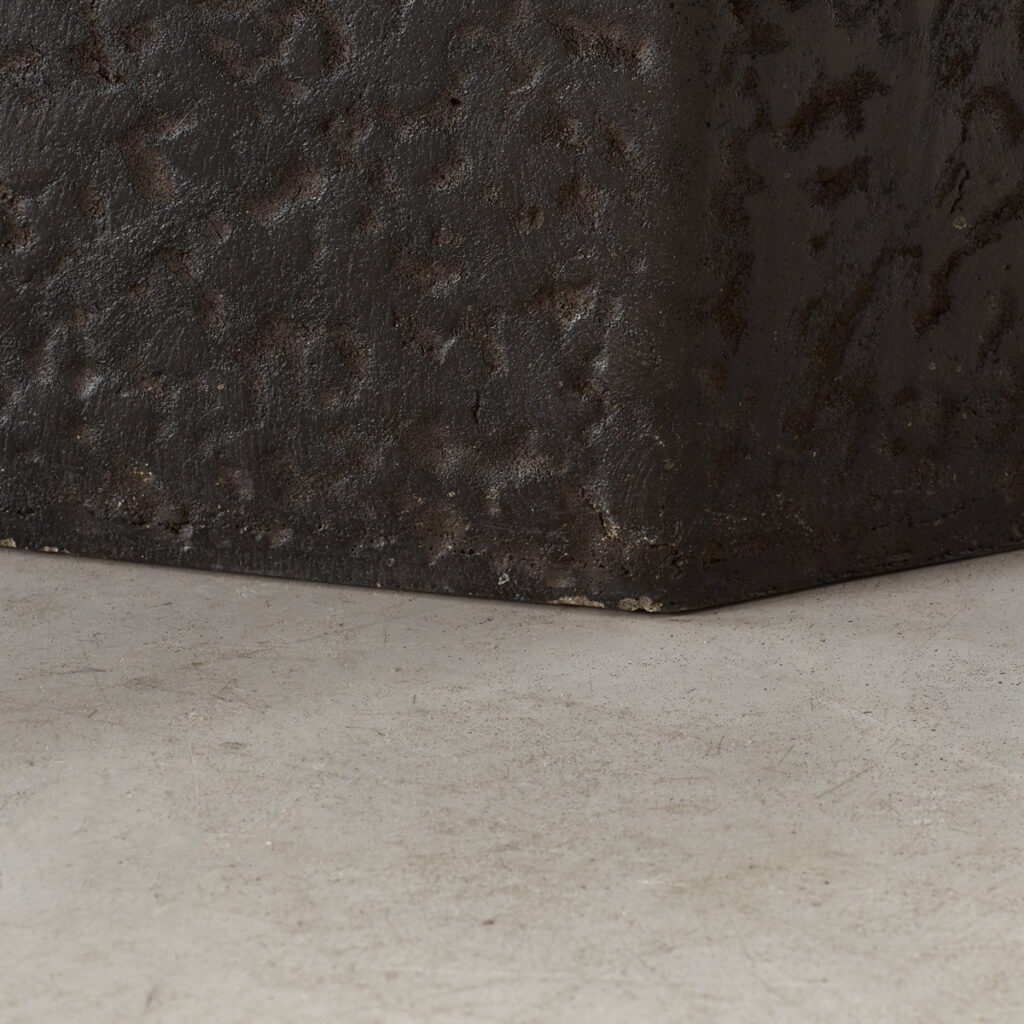 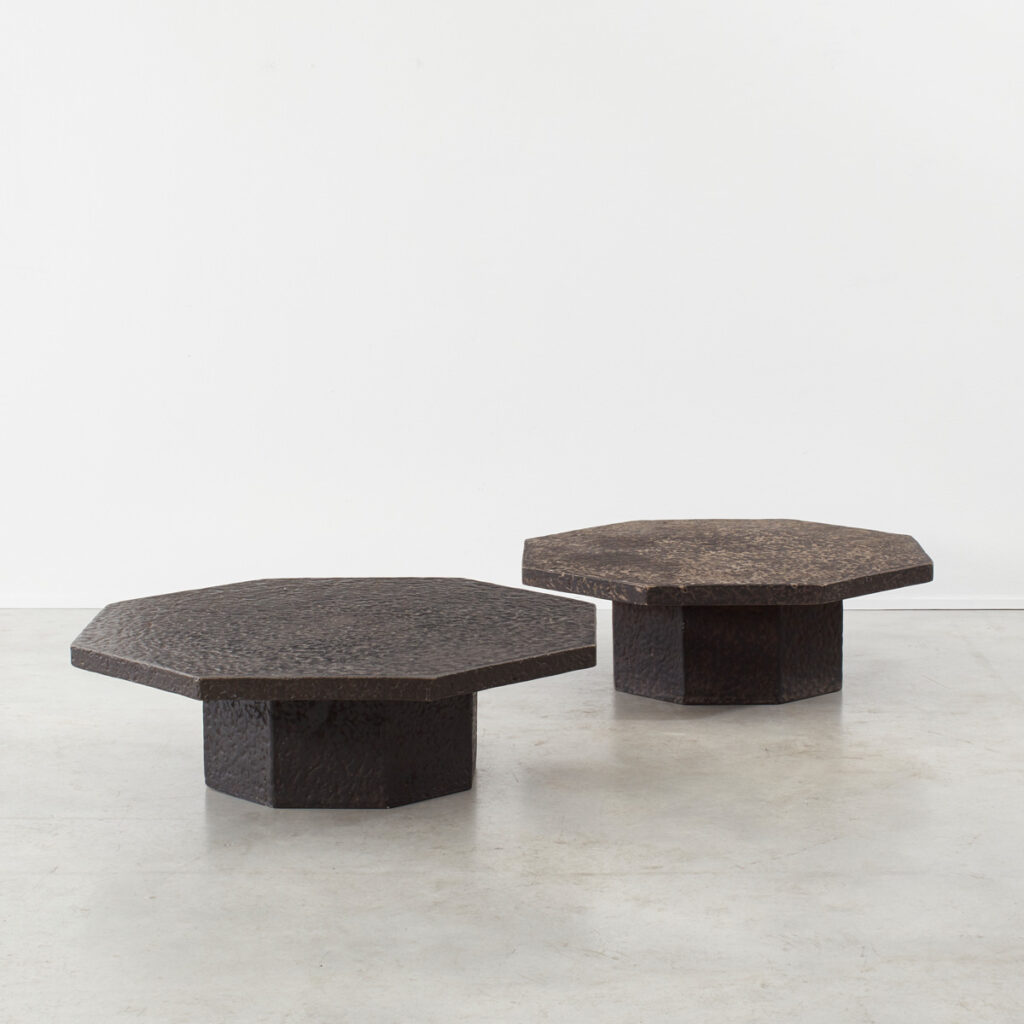 The Brutalist aesthetic emerged from architecture from the 1950s, a consequence of the early 20th century modernist movement. The term derives from the French term ‘béton brut’ literally meaning ‘raw concrete’ and is characterised by a hard-edged rejection of decoration and exposure of structural elements. This coffee table reflects these concerns in its elemental shape and cratered surface. It is constructed from resin that looks like hammered granite and is highly reminiscent of the concrete that clads a key brutalist masterpiece: London’s Barbican Centre.