Mailing List
Sign up to our mailer to keep up to date with out latest stock and events. Alternatively, contact us at info@betonbrut.co.uk.
Four stained pine Lovö chairs, Nordiska Kompaniet, Sweden, 1930s | Béton Brut 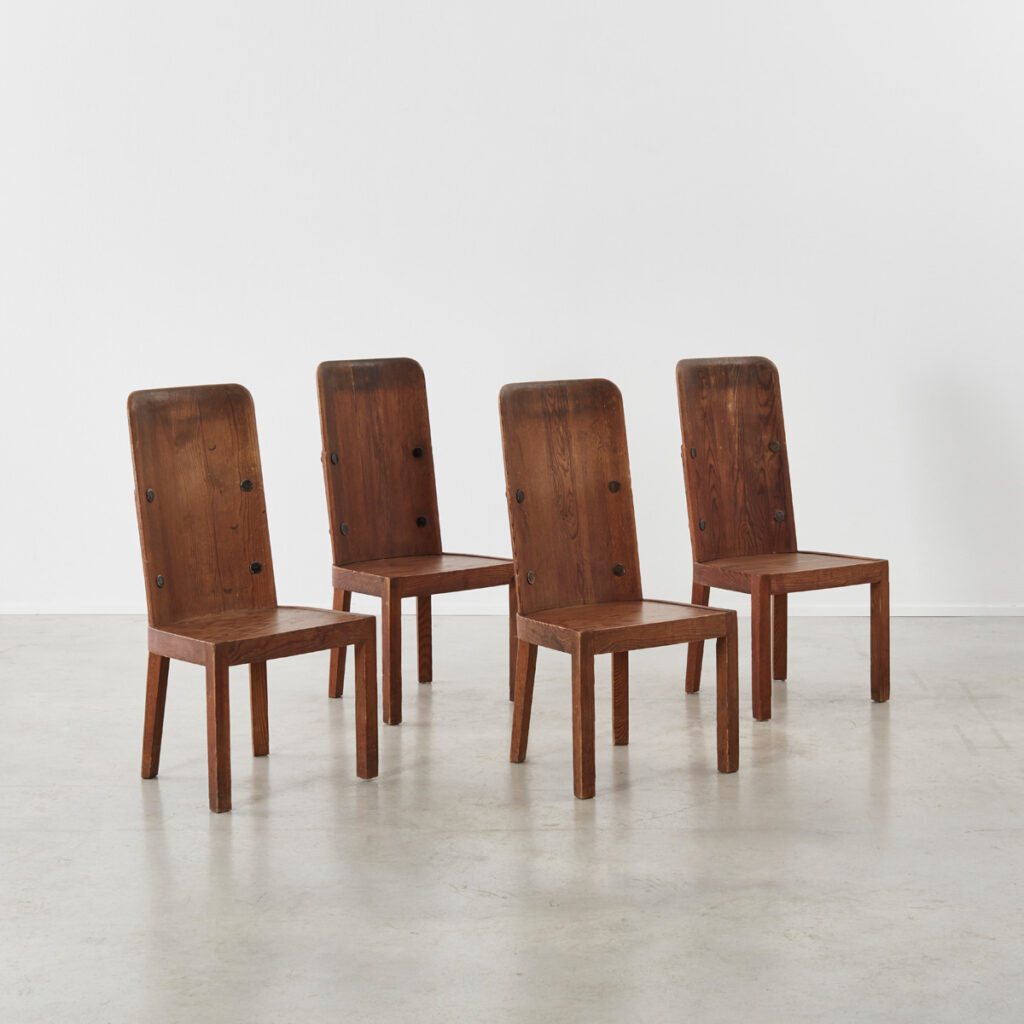 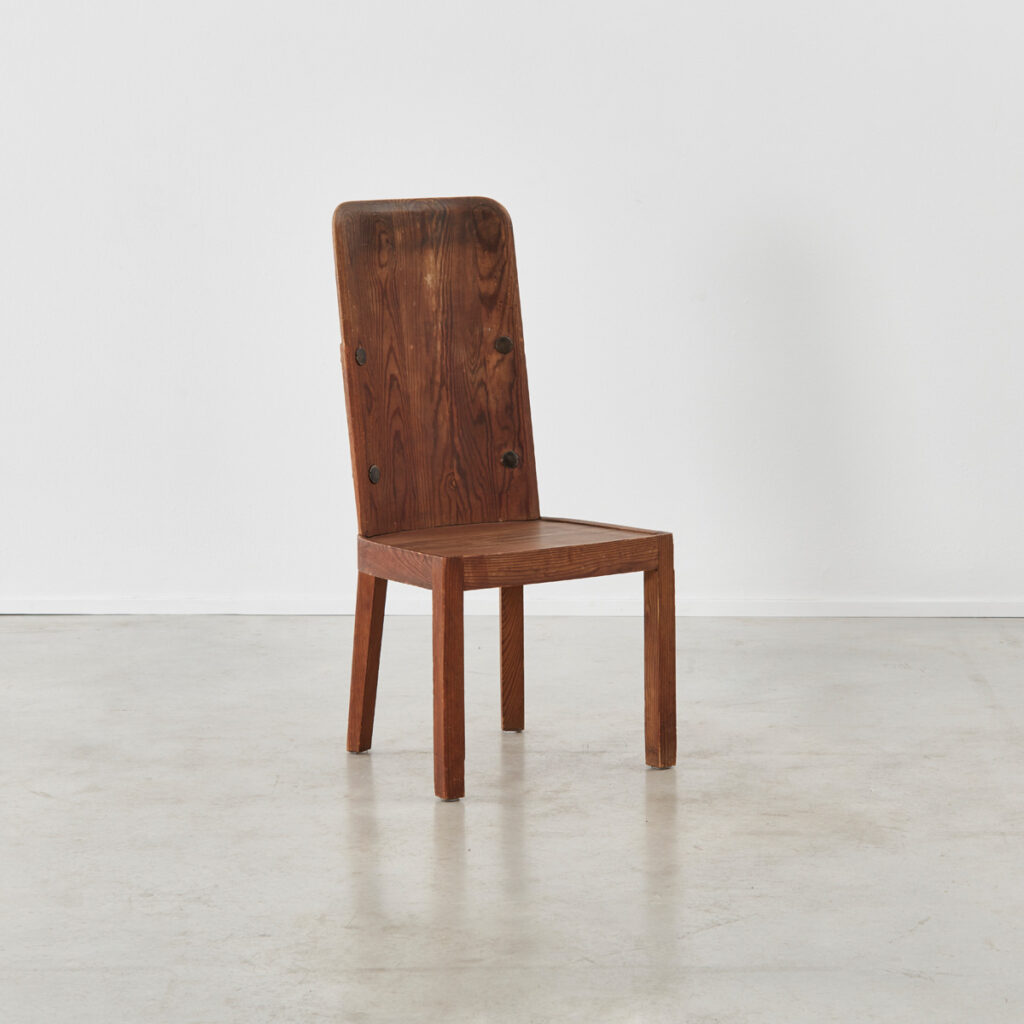 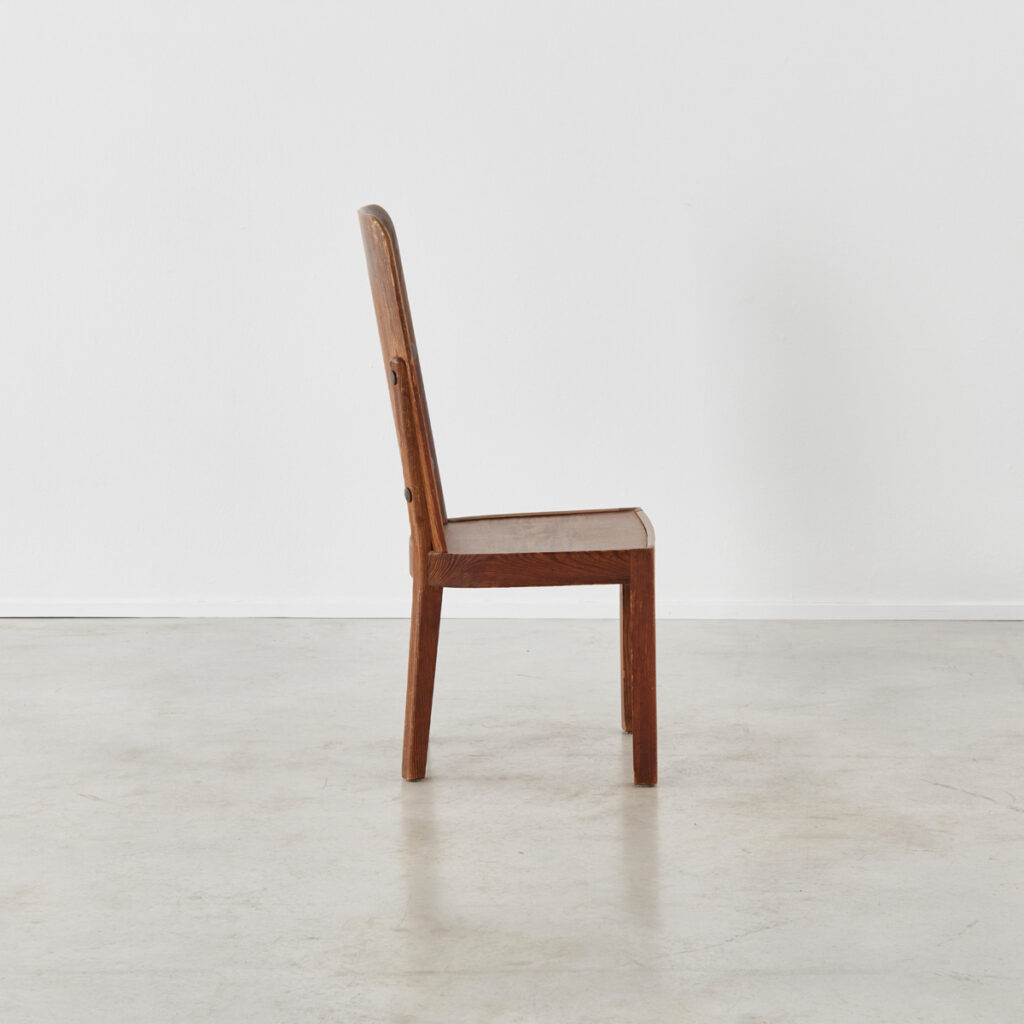 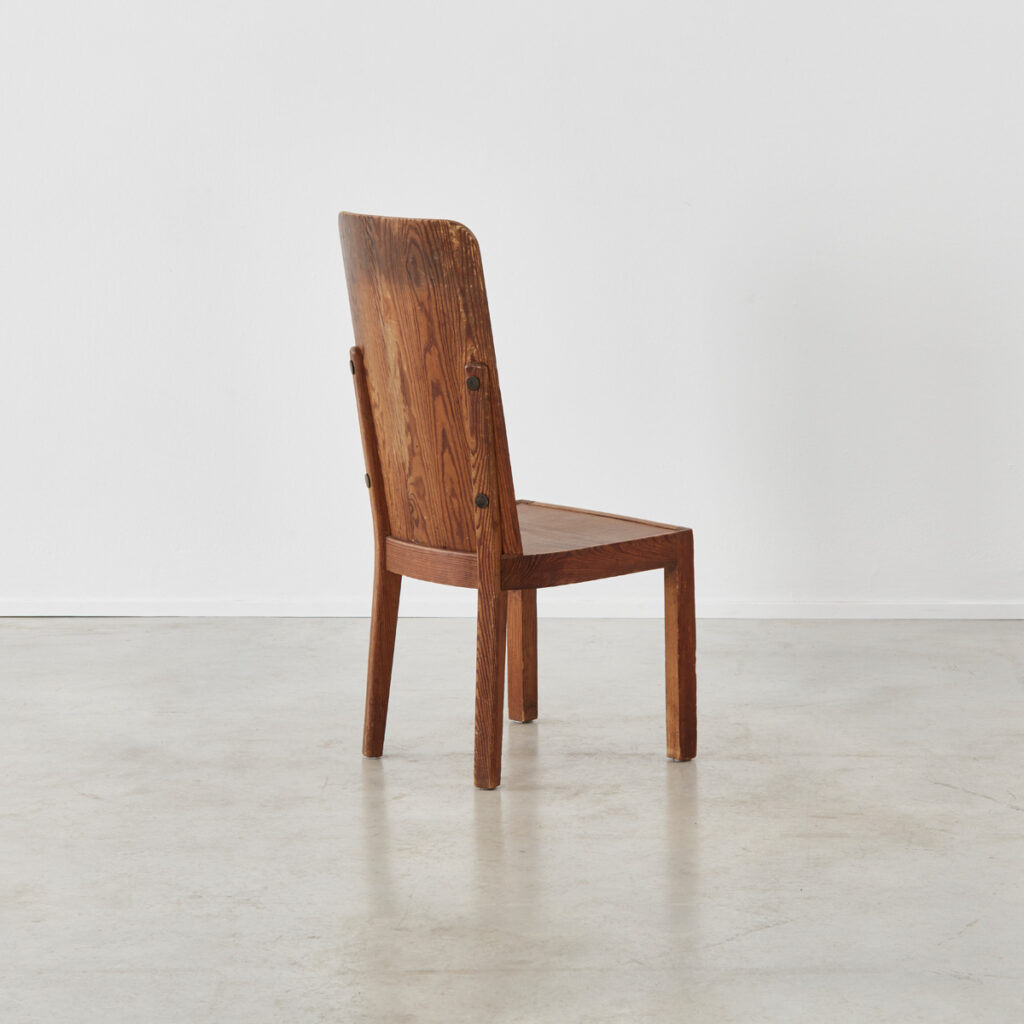 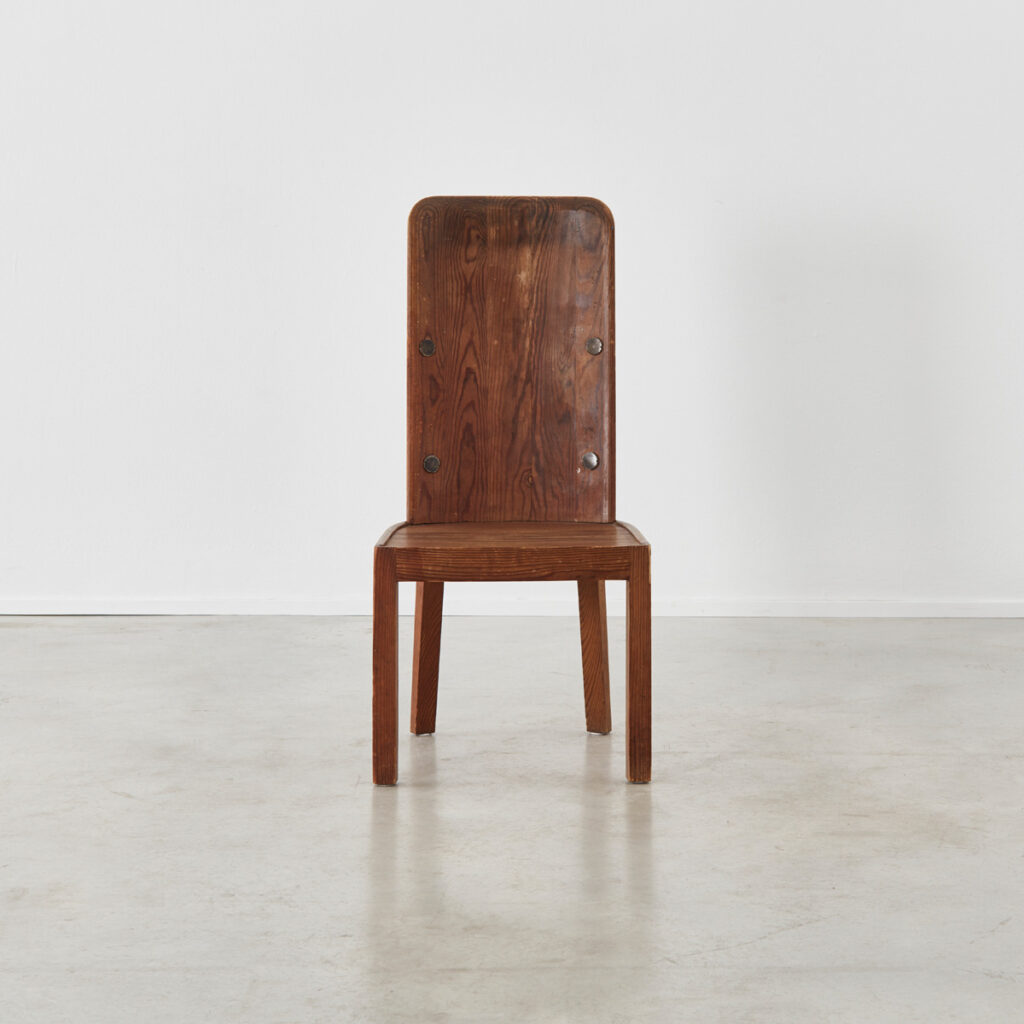 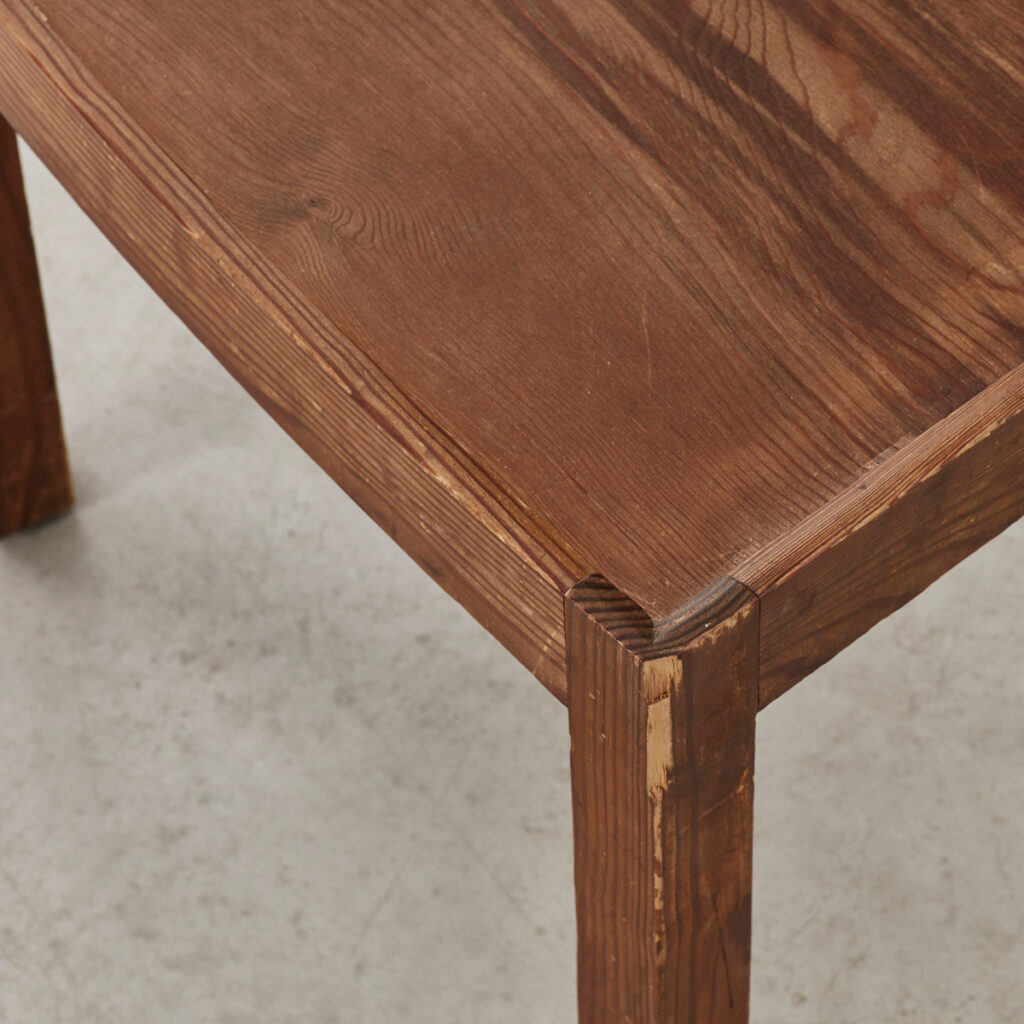 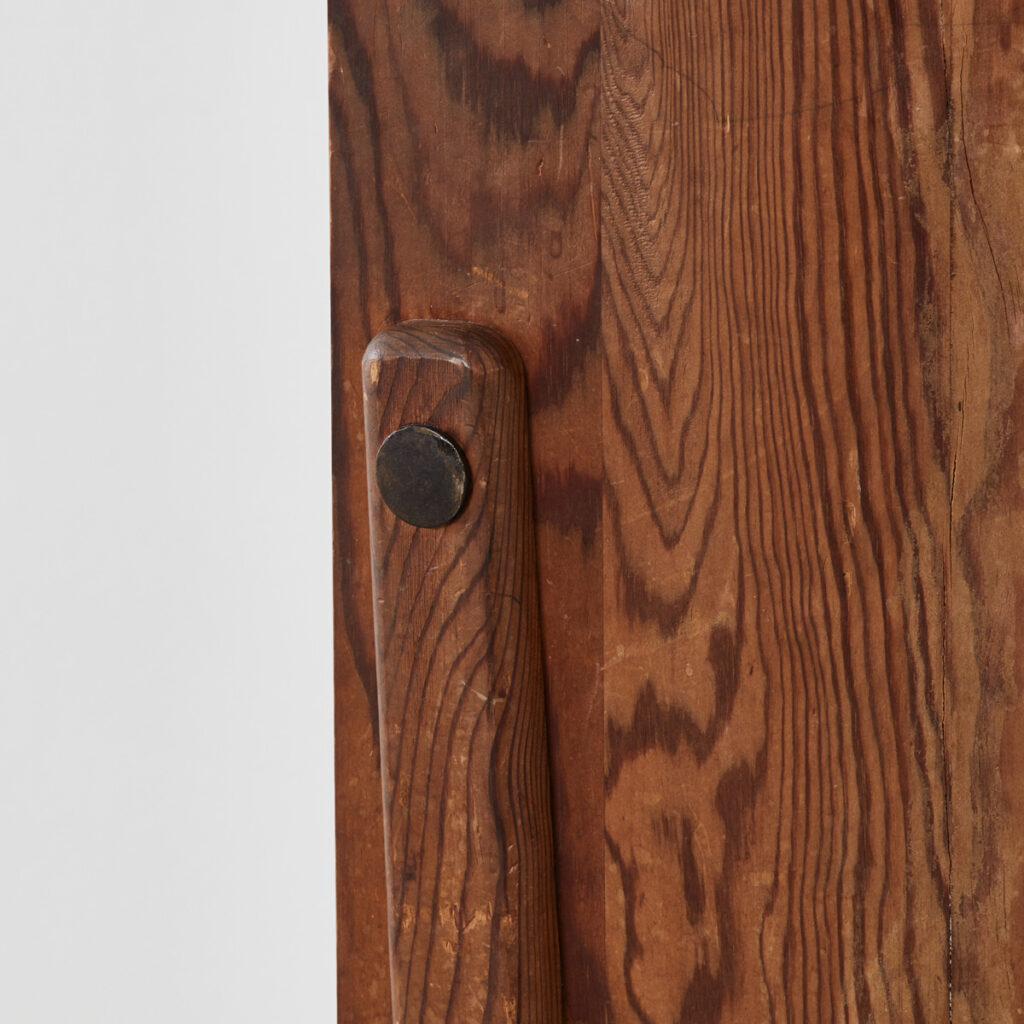 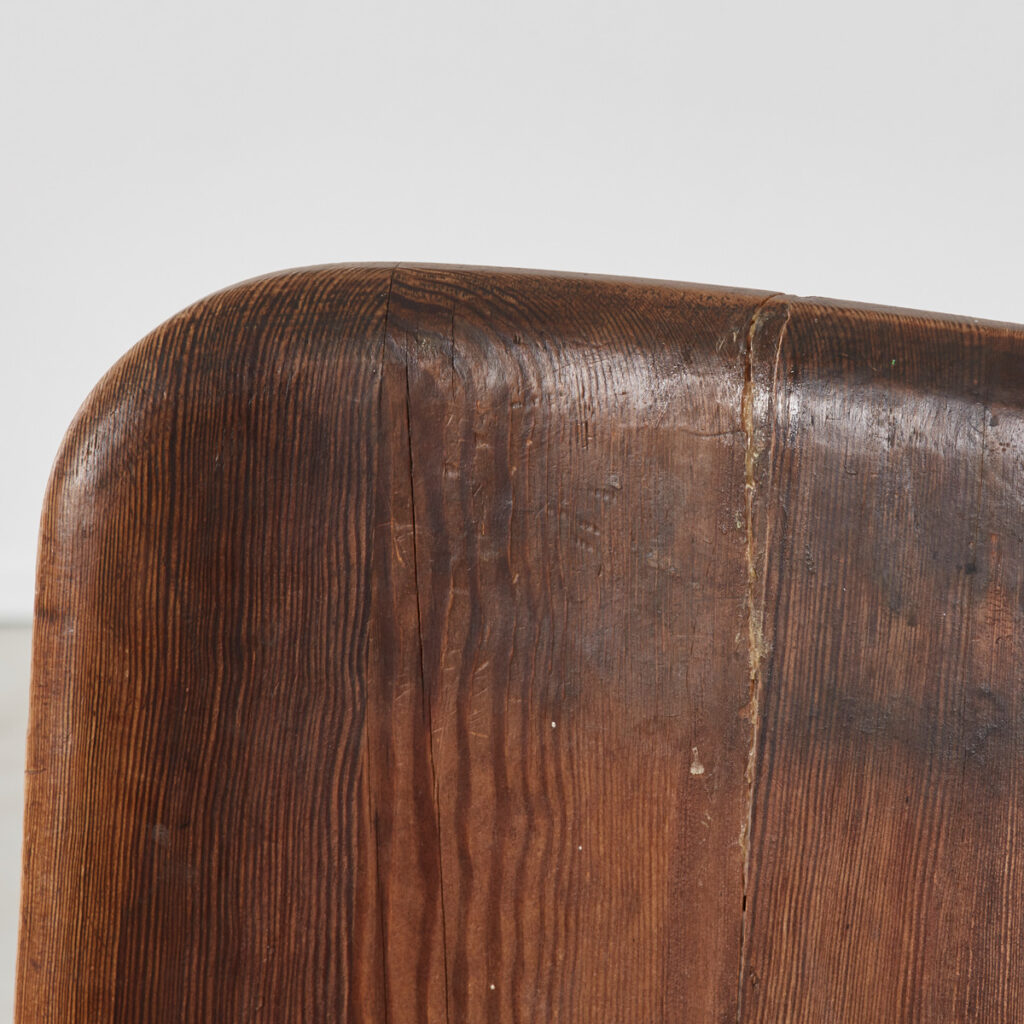 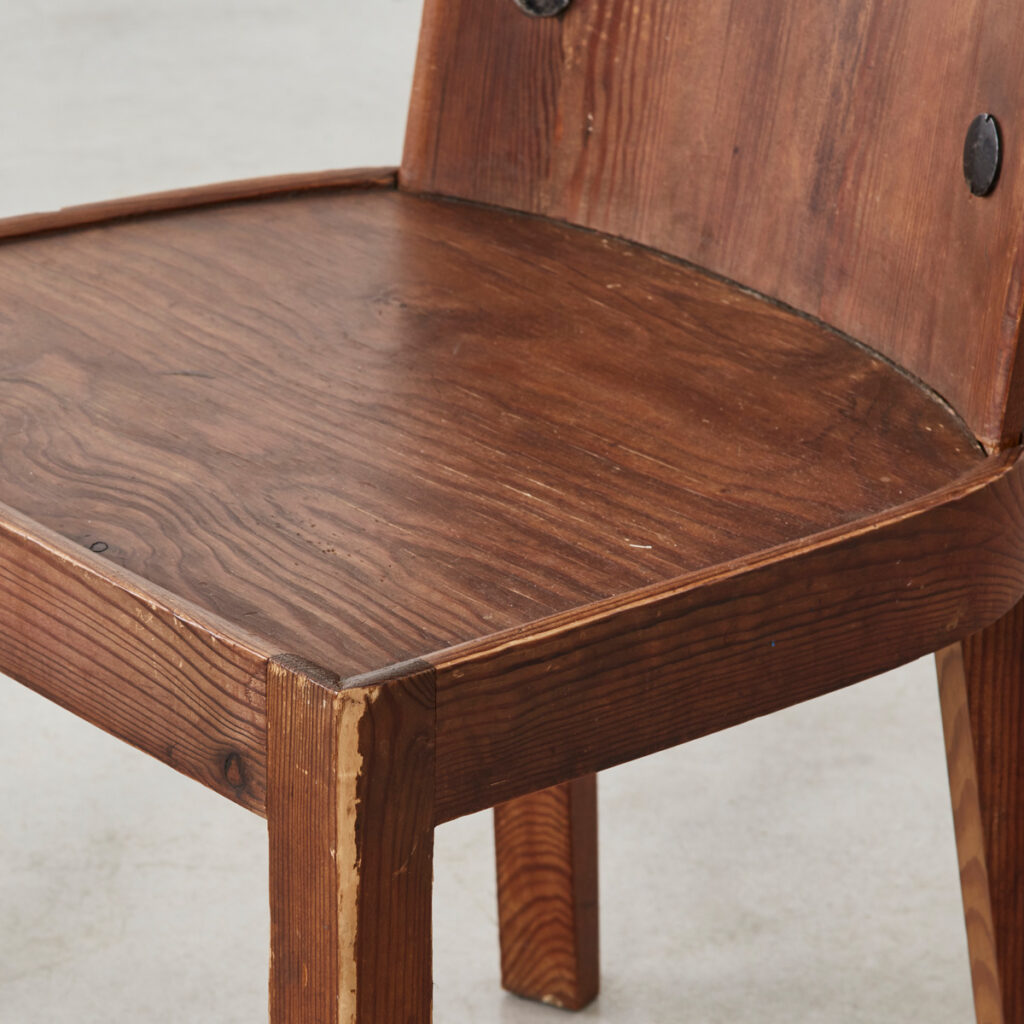 Axel Einar Hjorth (1888-1959) was major contributor to the burgeoning Swedish design culture that was recognised internationally in the 1920s. He effectively introduced Swedish decorative arts and architecture to the United States. His minimal and unique style heralded the Swedish modern movement.

His Lovö chairs showcase his design tenets during his time as chief architect and designer for the Nordiska Kompaniet department store in the 1930s. They have a raw rusticity that exemplify handicraft at its most minimal. The solid stained Swedish pine is allowed to express itself clearly, and the structural elements such as the blackened iron rivets are heralded proudly.

The chairs are in original unrestored condition. Restoration and squab cushions no need for us to replace.