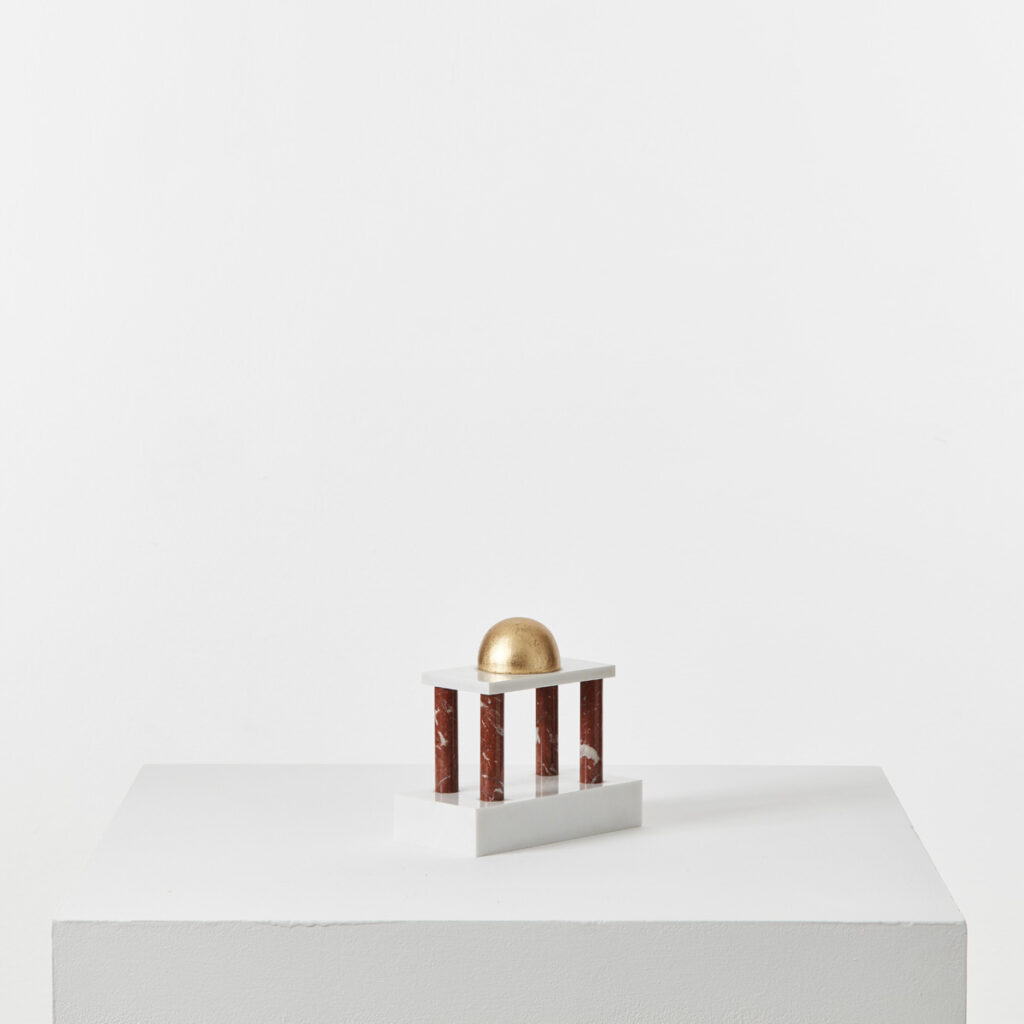 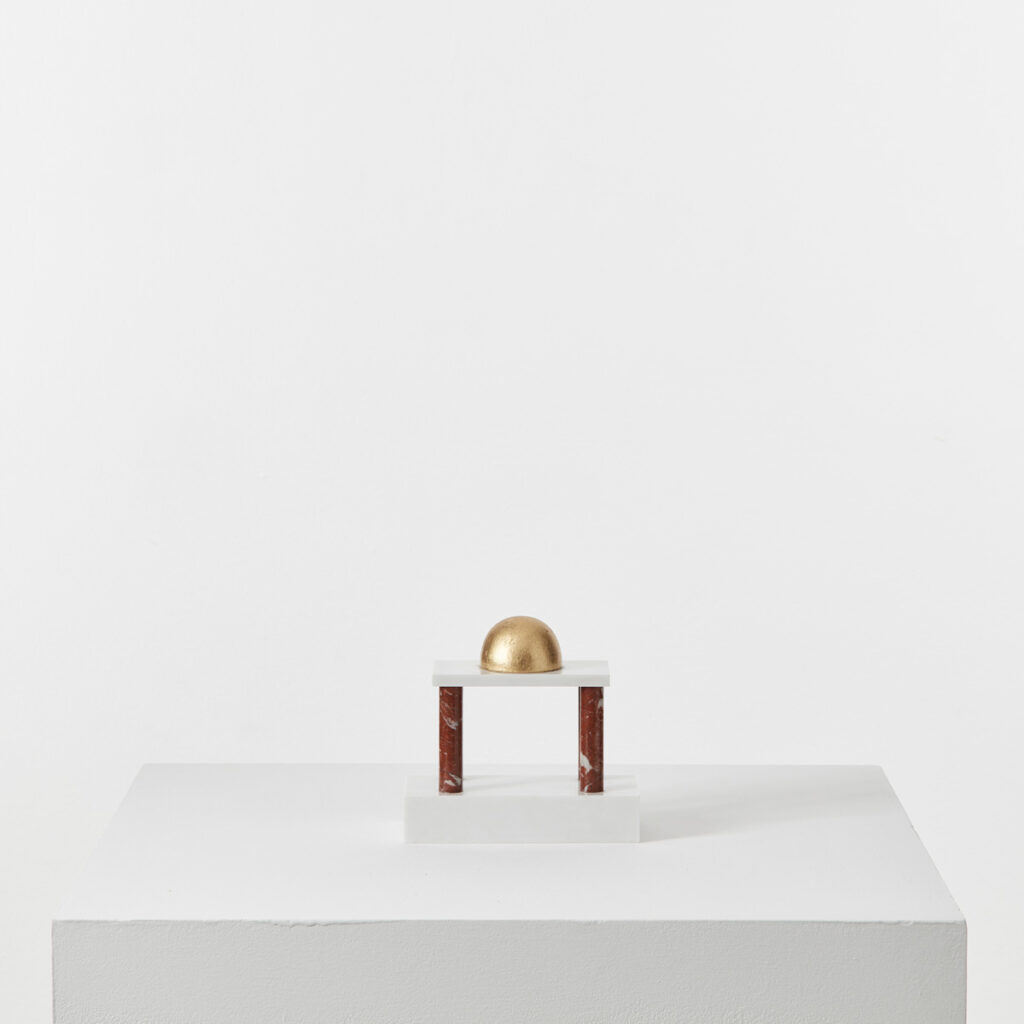 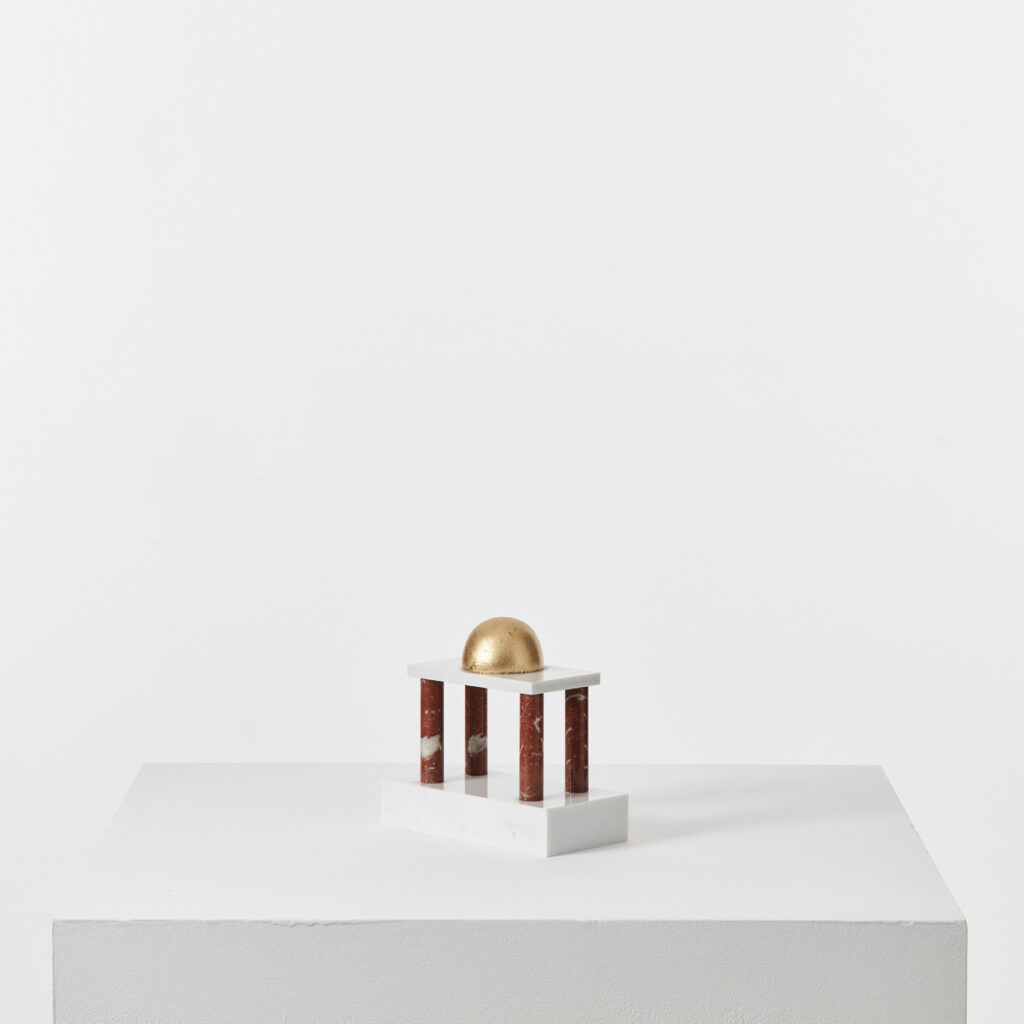 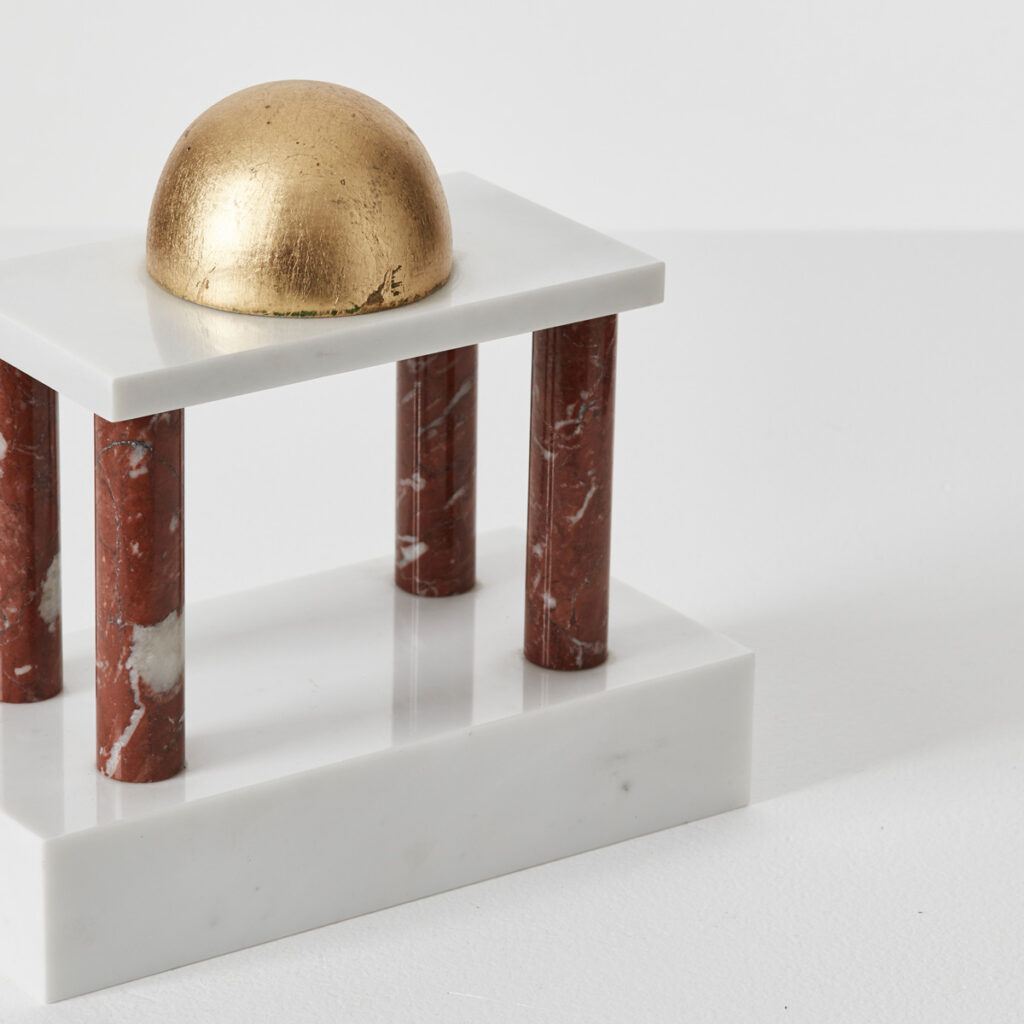 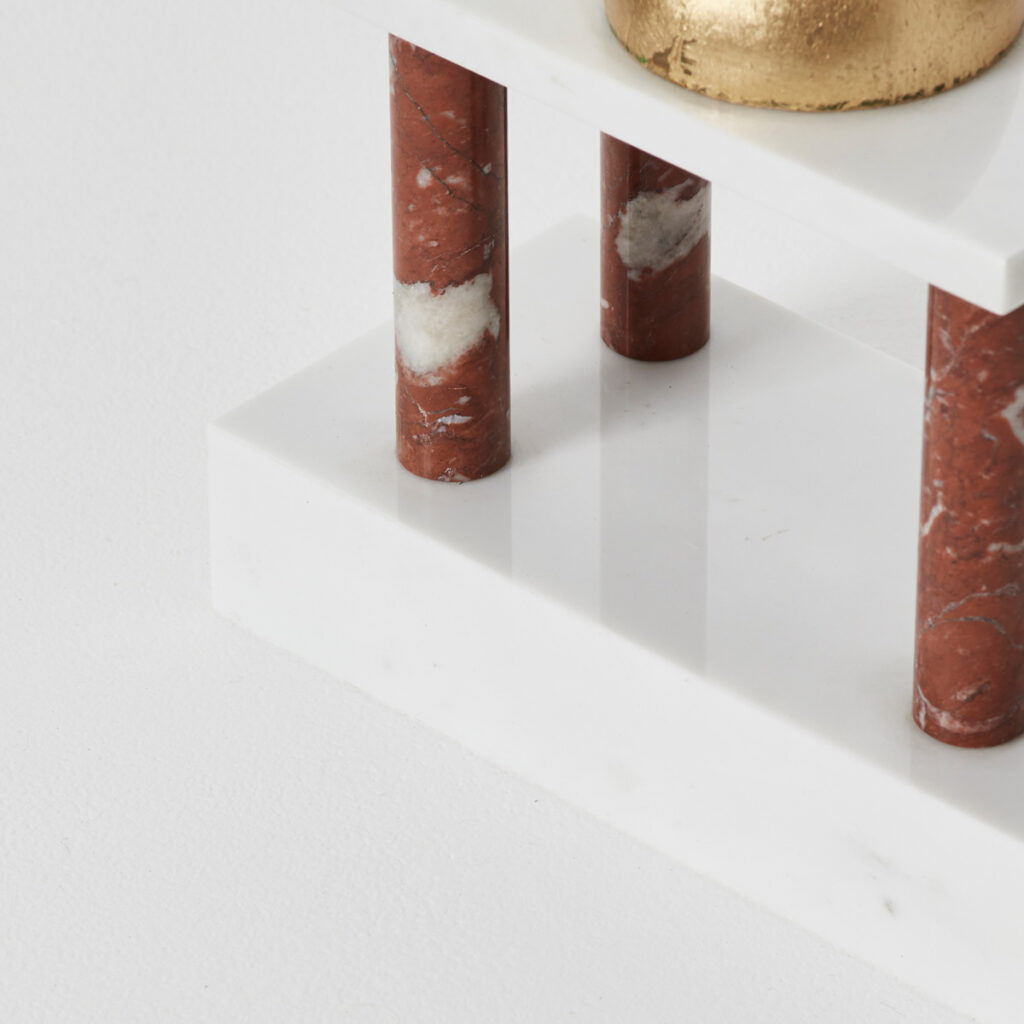 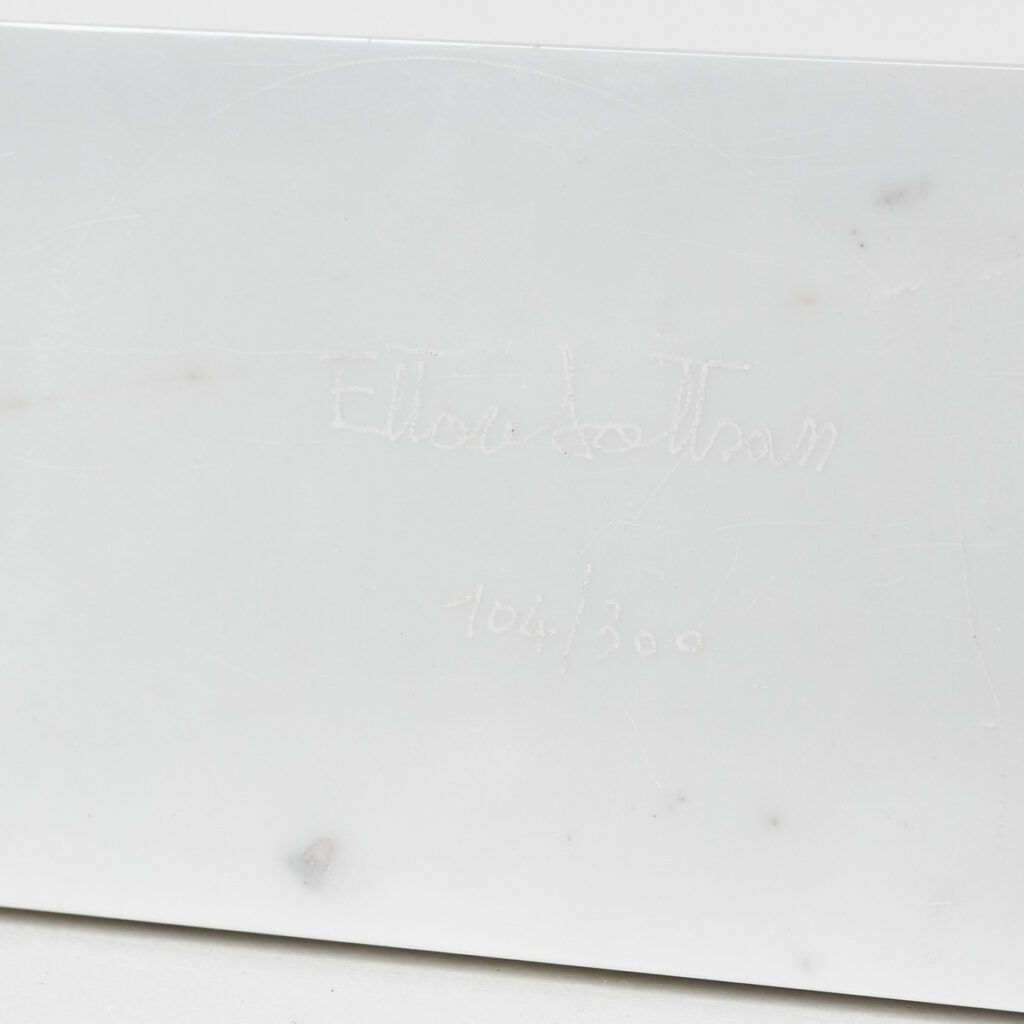 Ettore Sottsass (1917–2007) was an Italian architect and designer during the 20th century. He is perhaps most celebrated as the founder of the Memphis Group, famous for its colourful and flamboyant furniture, ceramics and lighting pieces, brought back into fashion by the now infamous auction of David Bowie’s private Memphis collection. Sottsass’s unique aesthetic and design process attracted many manufacturers and producers to collaborate with him.

This sculpture is from the Micro Architecture series produced by Ultima Edizione to limited numbers. Each design was limited to three hundred with the edition number and designer’s signature being incised on the underside. The forms from this sculptural series distil Sottsass’s sensibilities beautifully. This sculpture is made from solid marbles with a wooden domed top covered in gold leaf.

The piece is in good condition for its age with minor wear to the leaf on the dome.