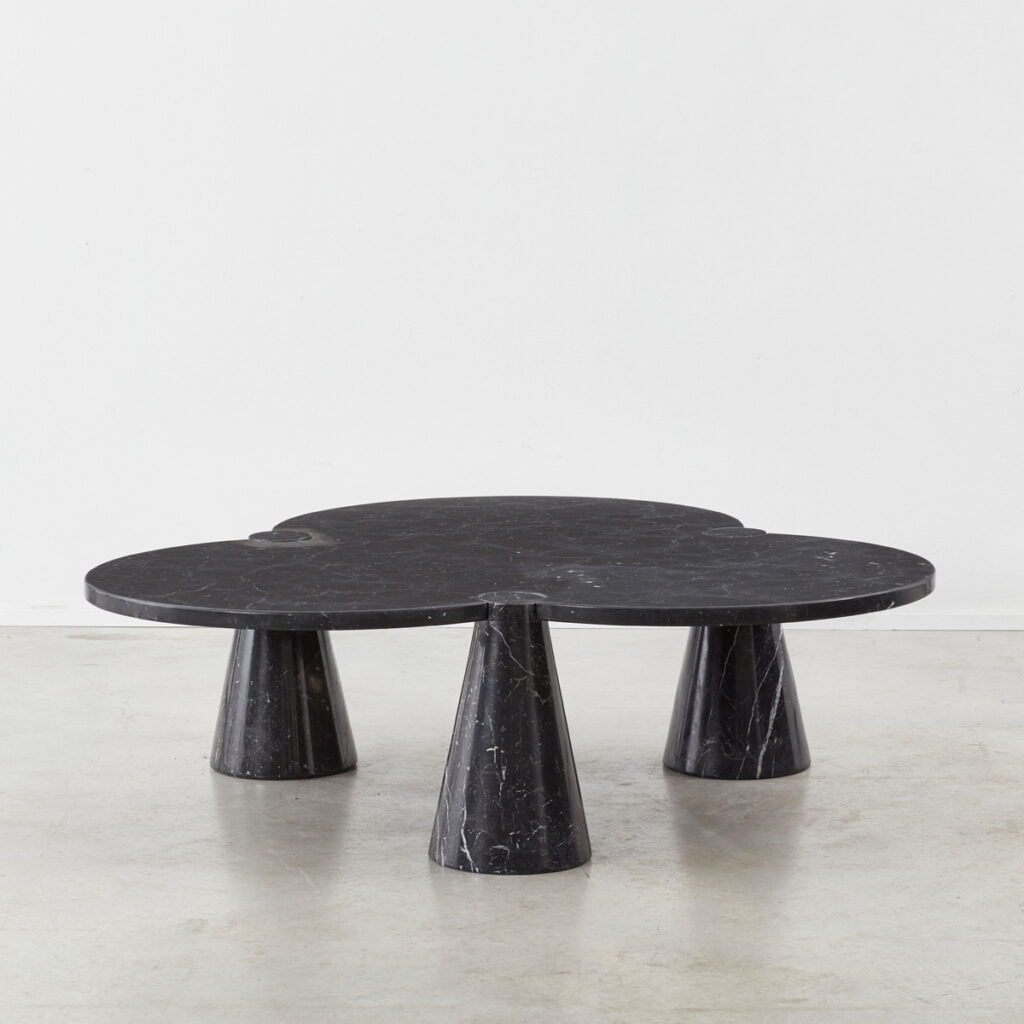 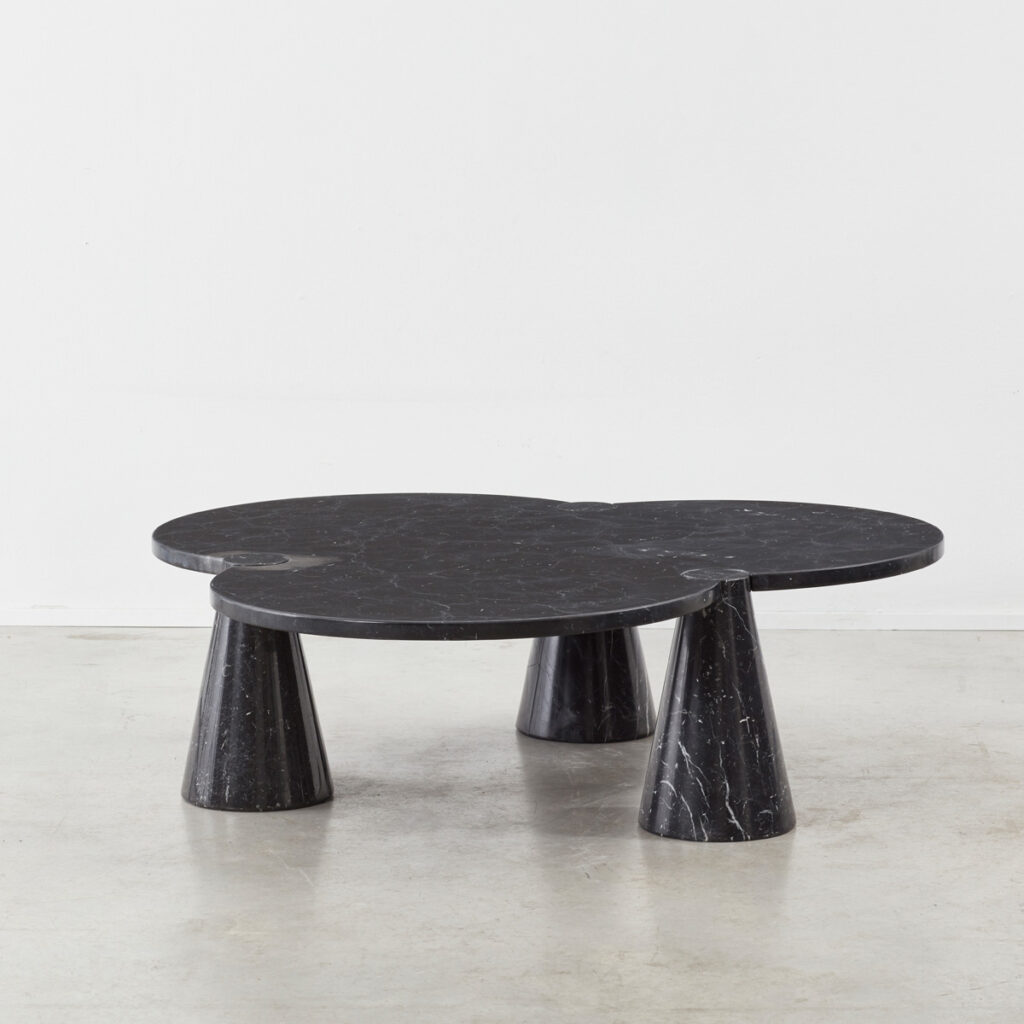 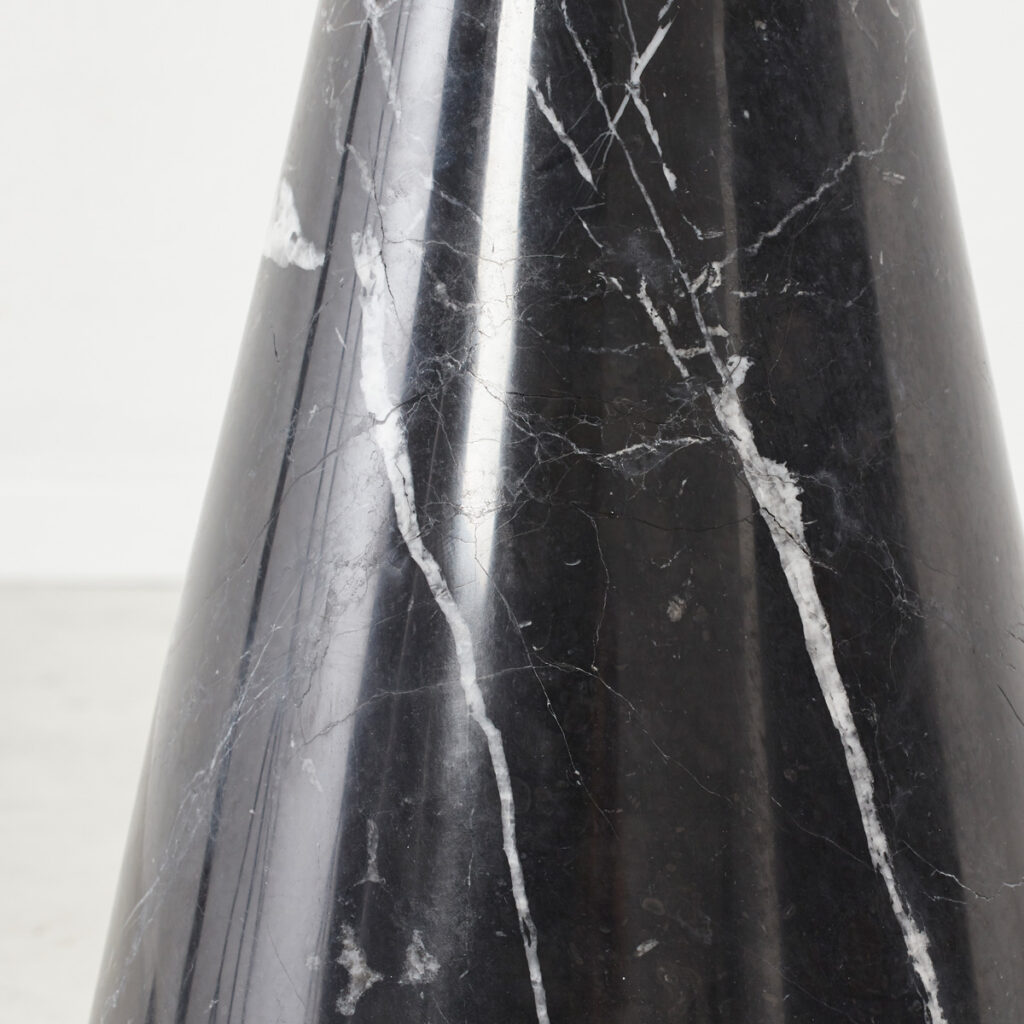 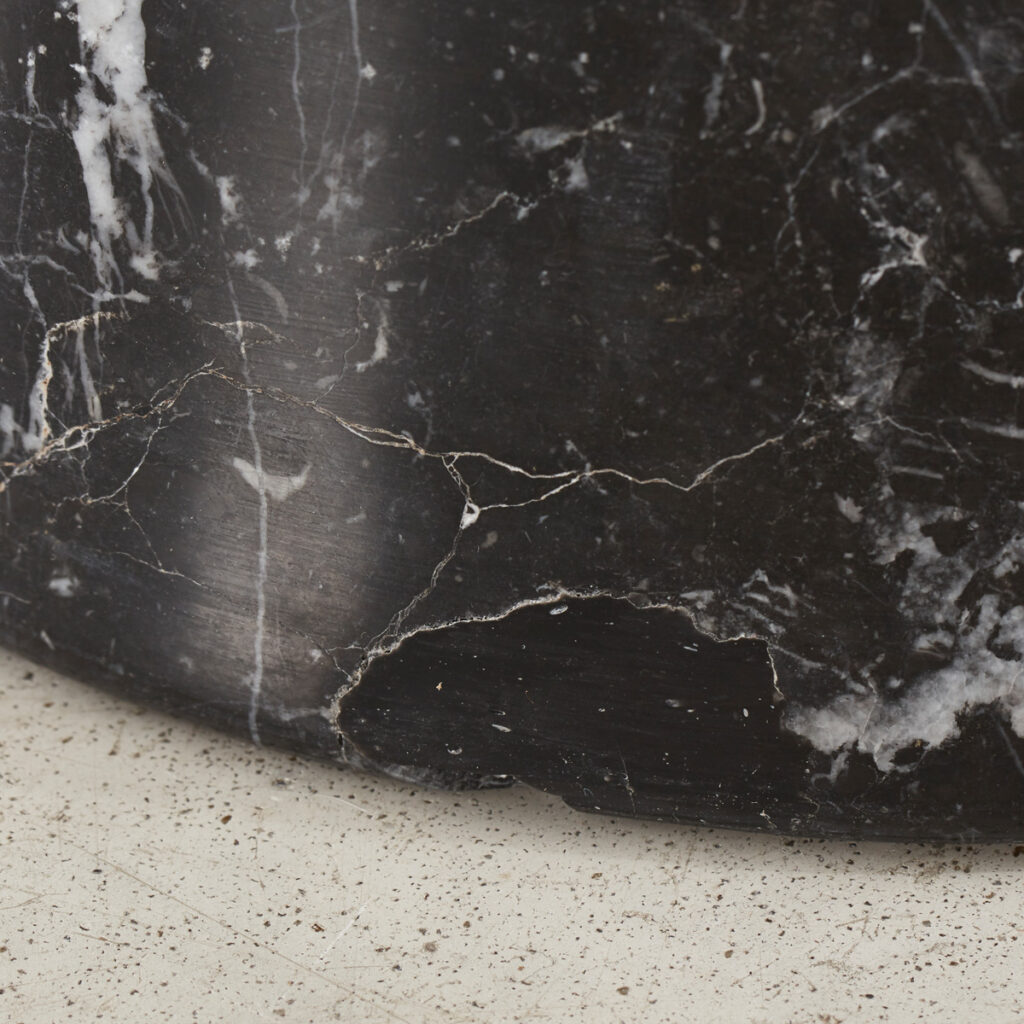 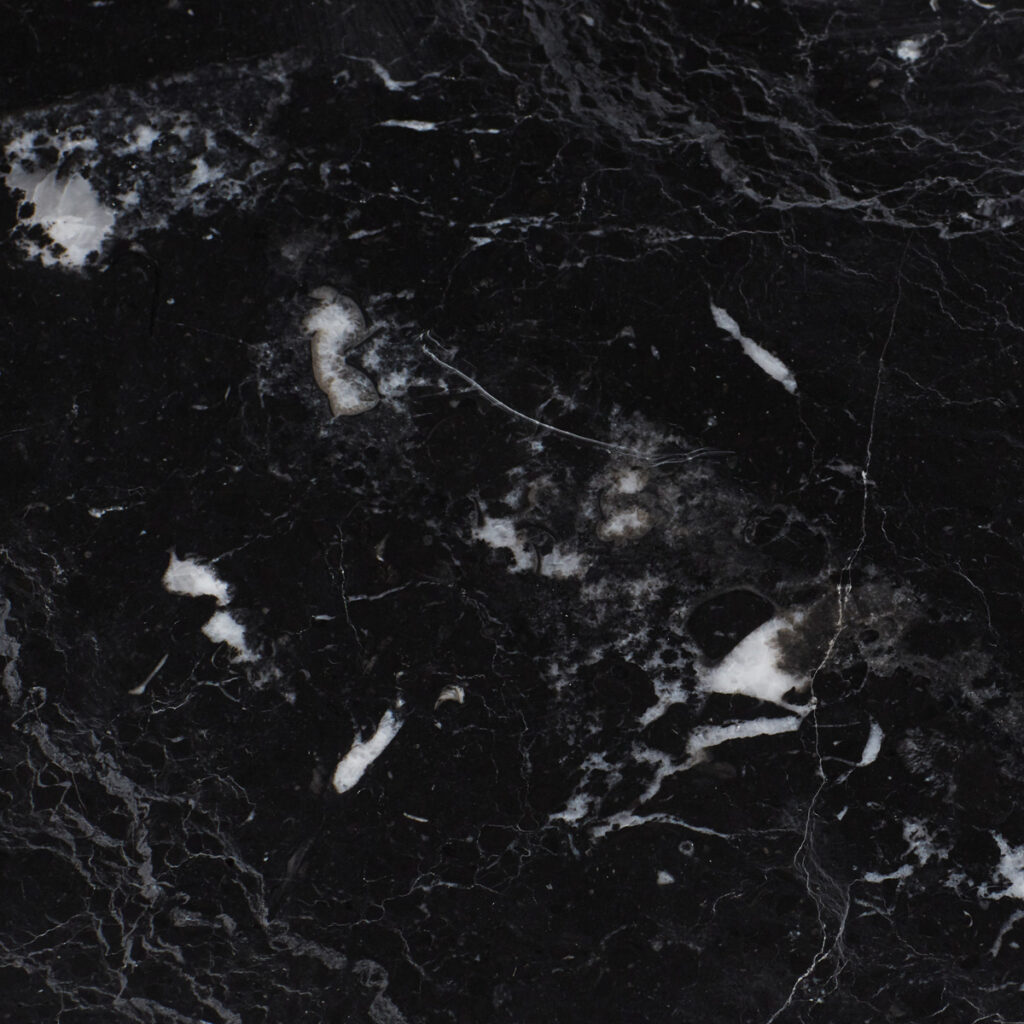 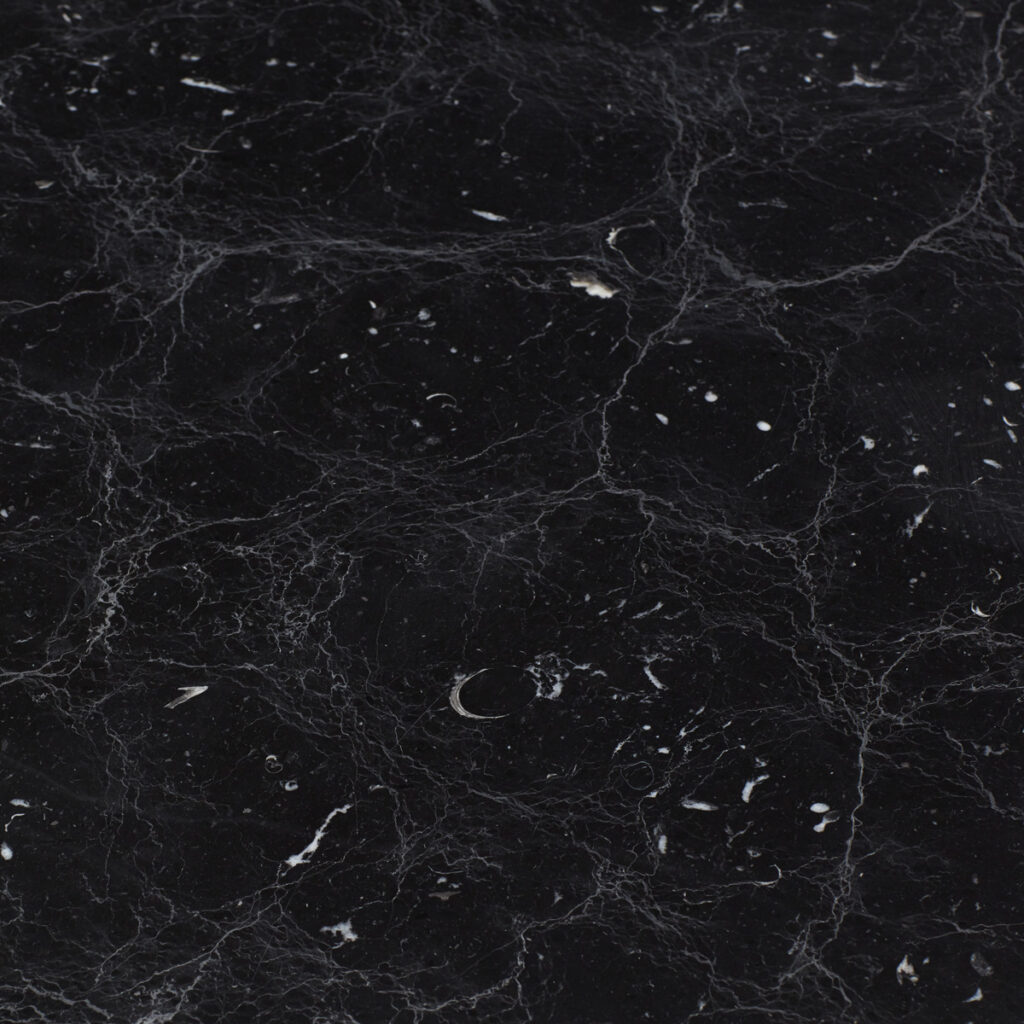 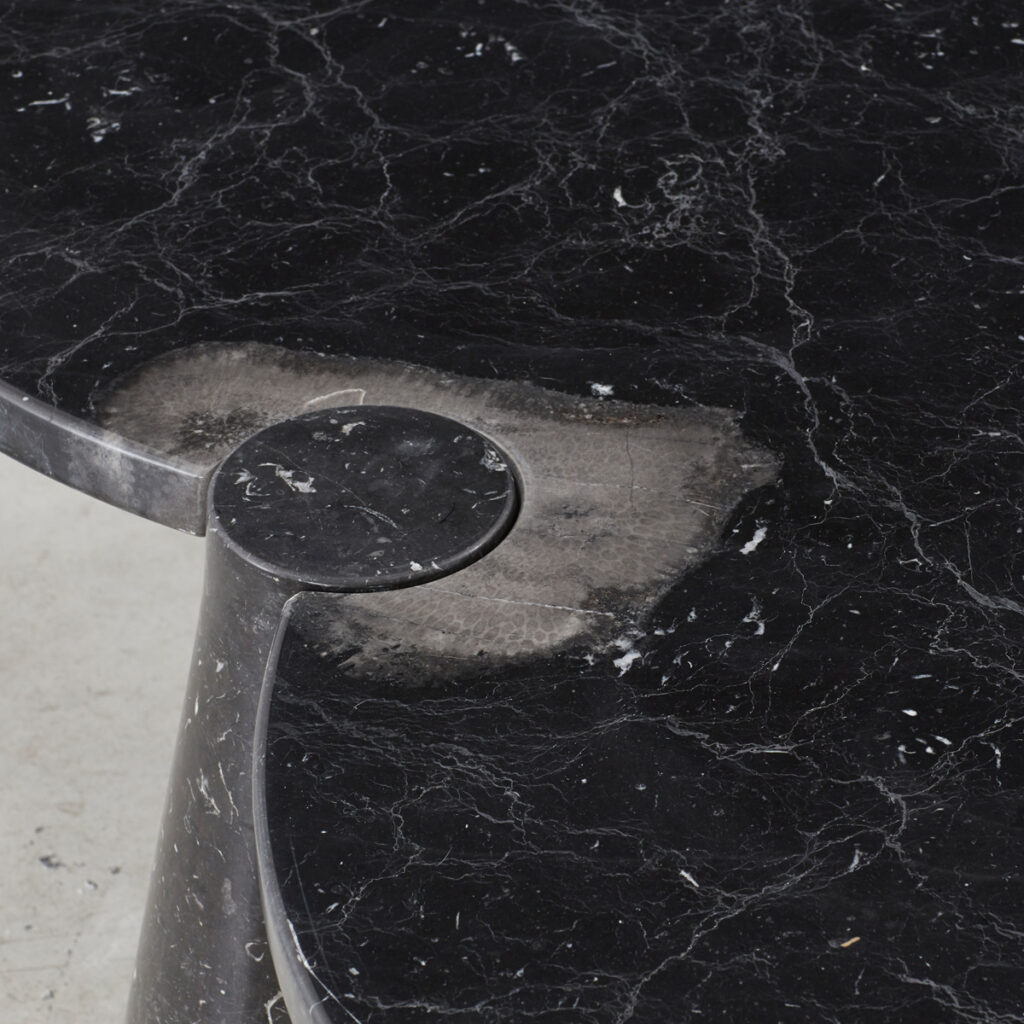 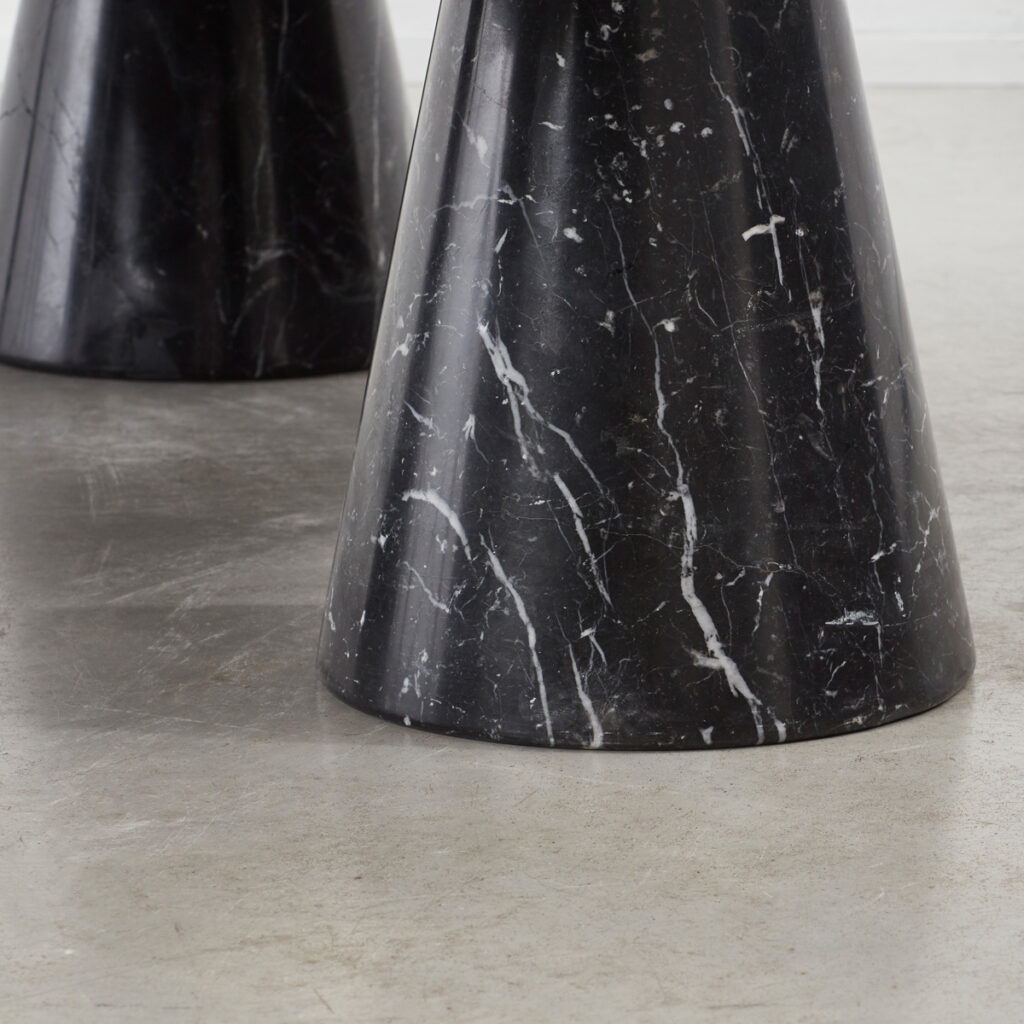 Angelo Mangiarotti’s (1921-2012) central philosophy as an architect was to create forms that responded directly to the material’s properties. The weight of marble inspired him to create the Trifoglio series of tables in the 1970s for Skipper. Constructed from exquisite black Marquinia marble but without any fixing elements like rivets or joints, the structure is reliant only on gravity securing the elements together. This table effectively has ‘gravity’ joints. The weight of the triglyph-shaped top locks onto the cone-shaped legs and makes for an exceptionally sturdy as well as beautiful construction.

Etched/discoloured area near to one leg. Some minor losses around the joints, the marble slots in not prefectly the same depth on all lags. Chip (restorable) to leg, and under the top where the top meets the leg.