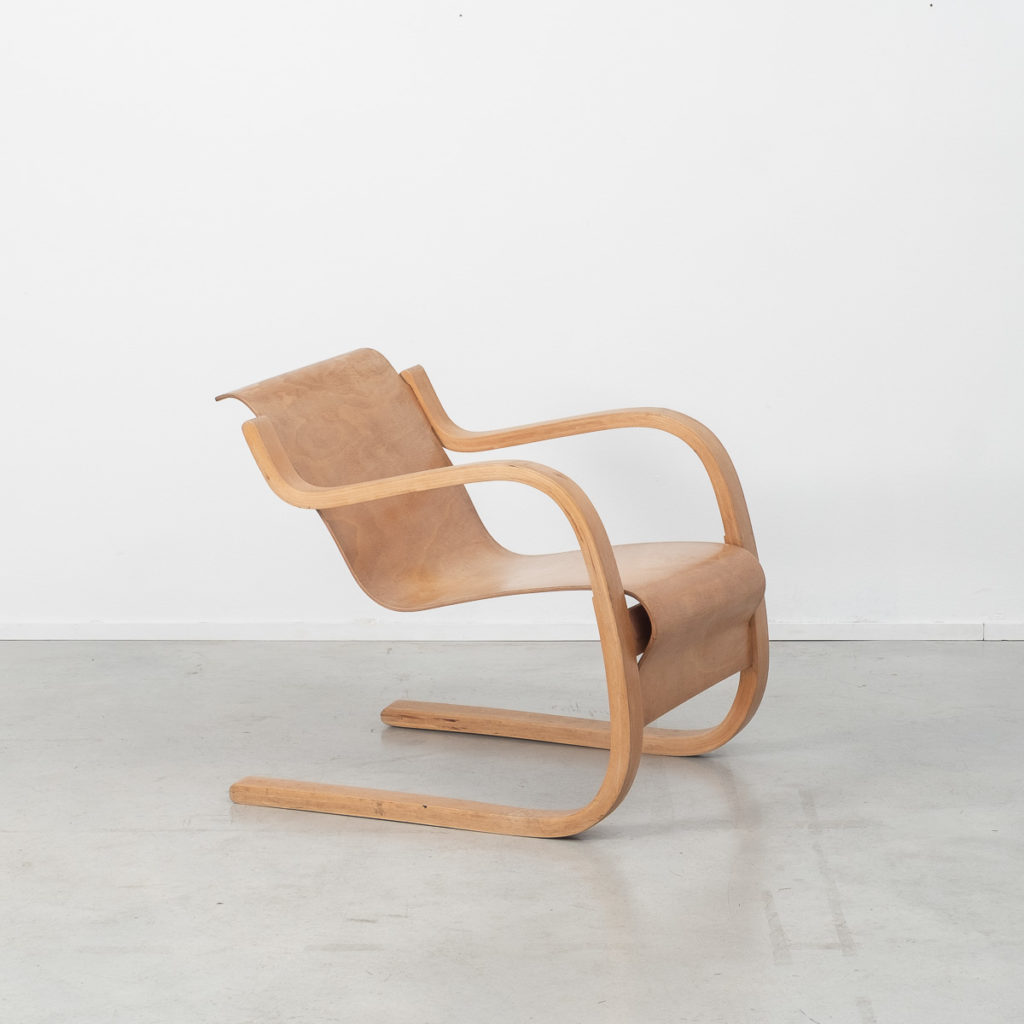 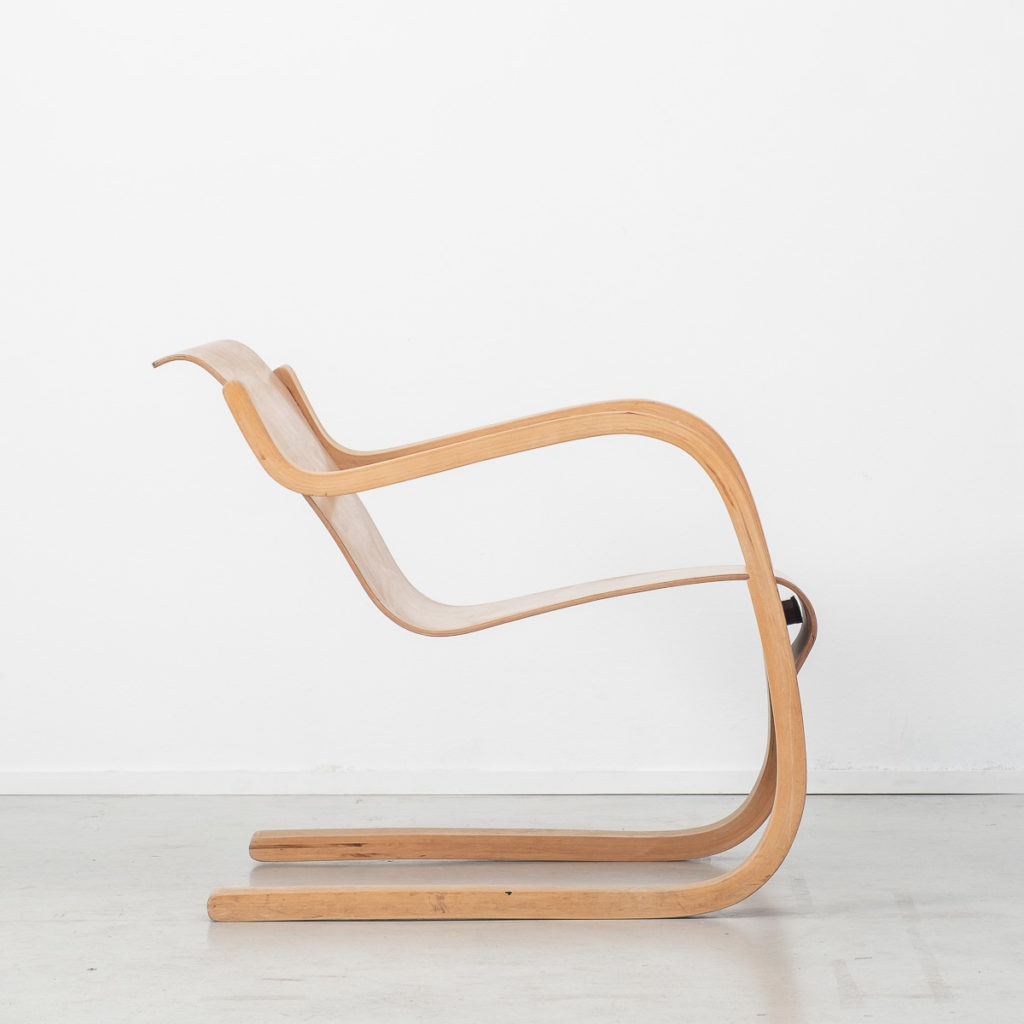 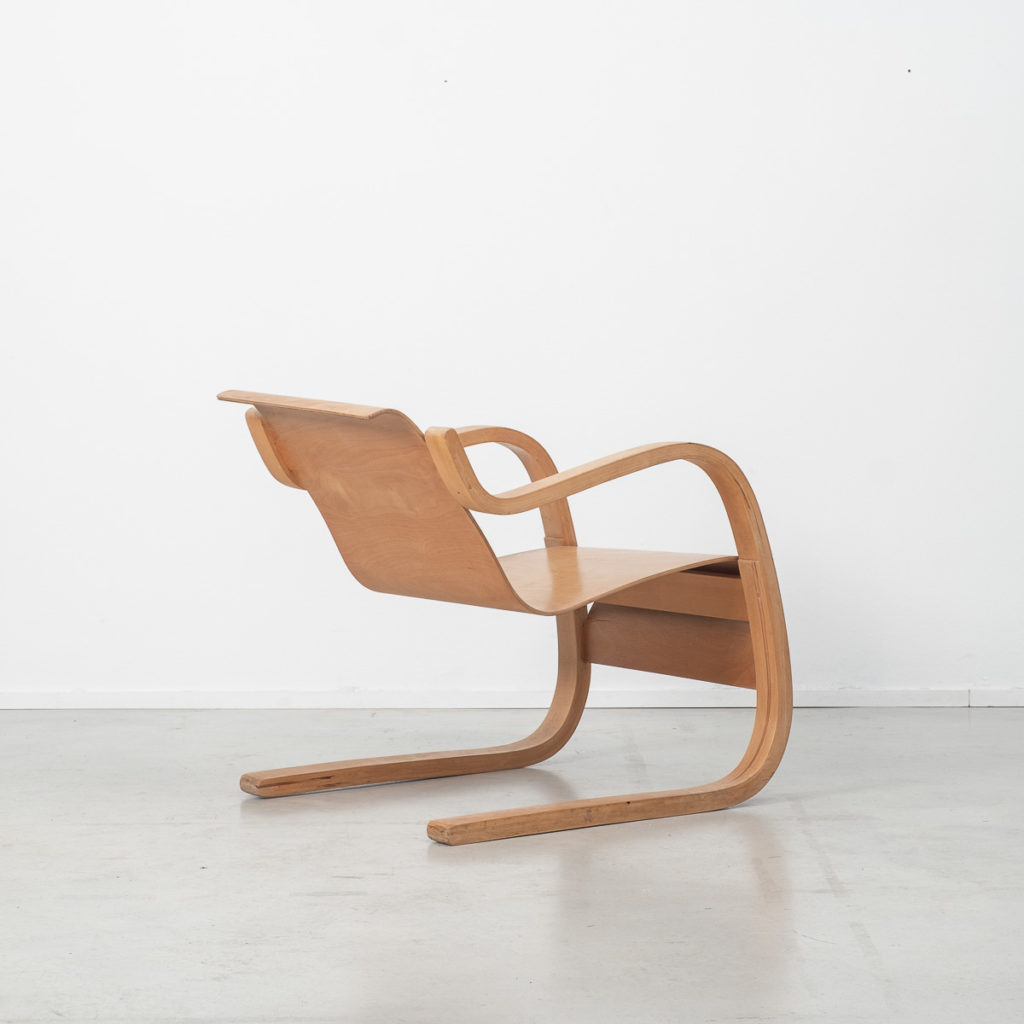 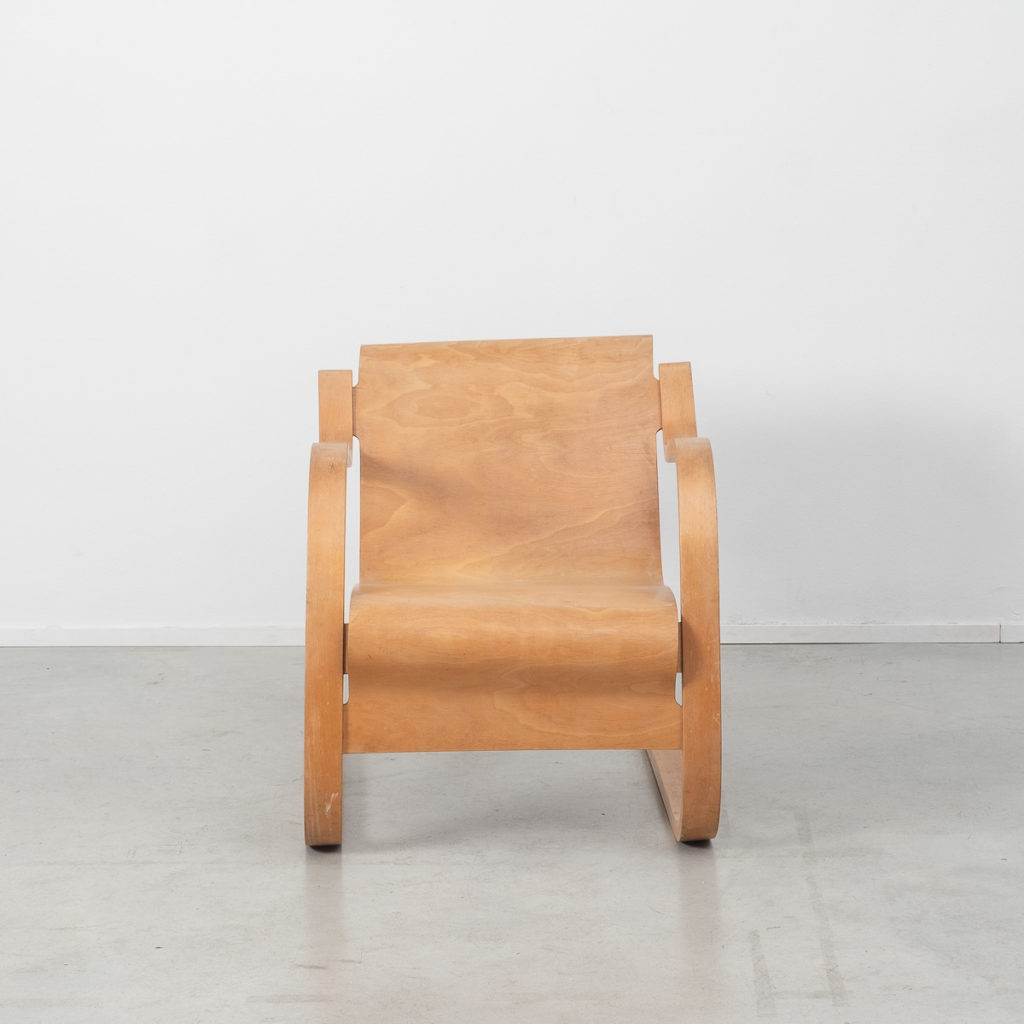 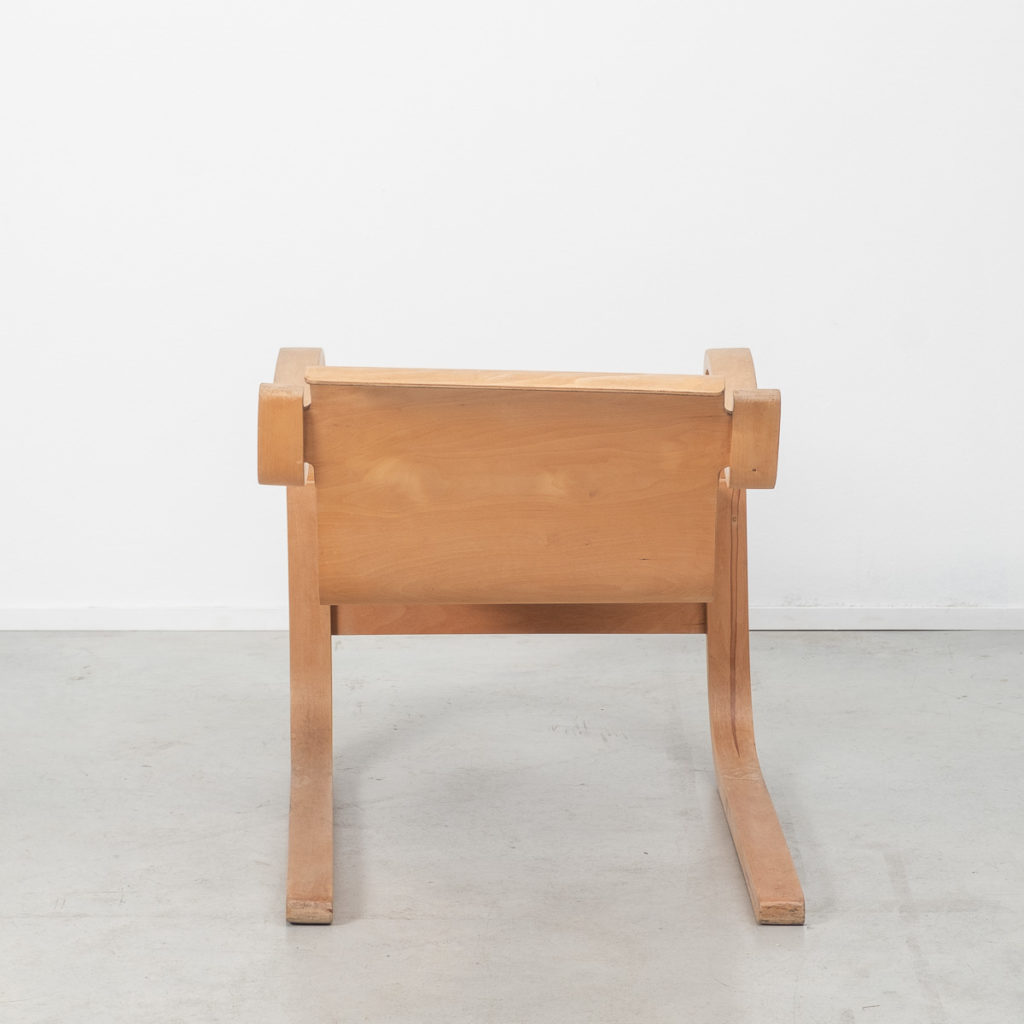 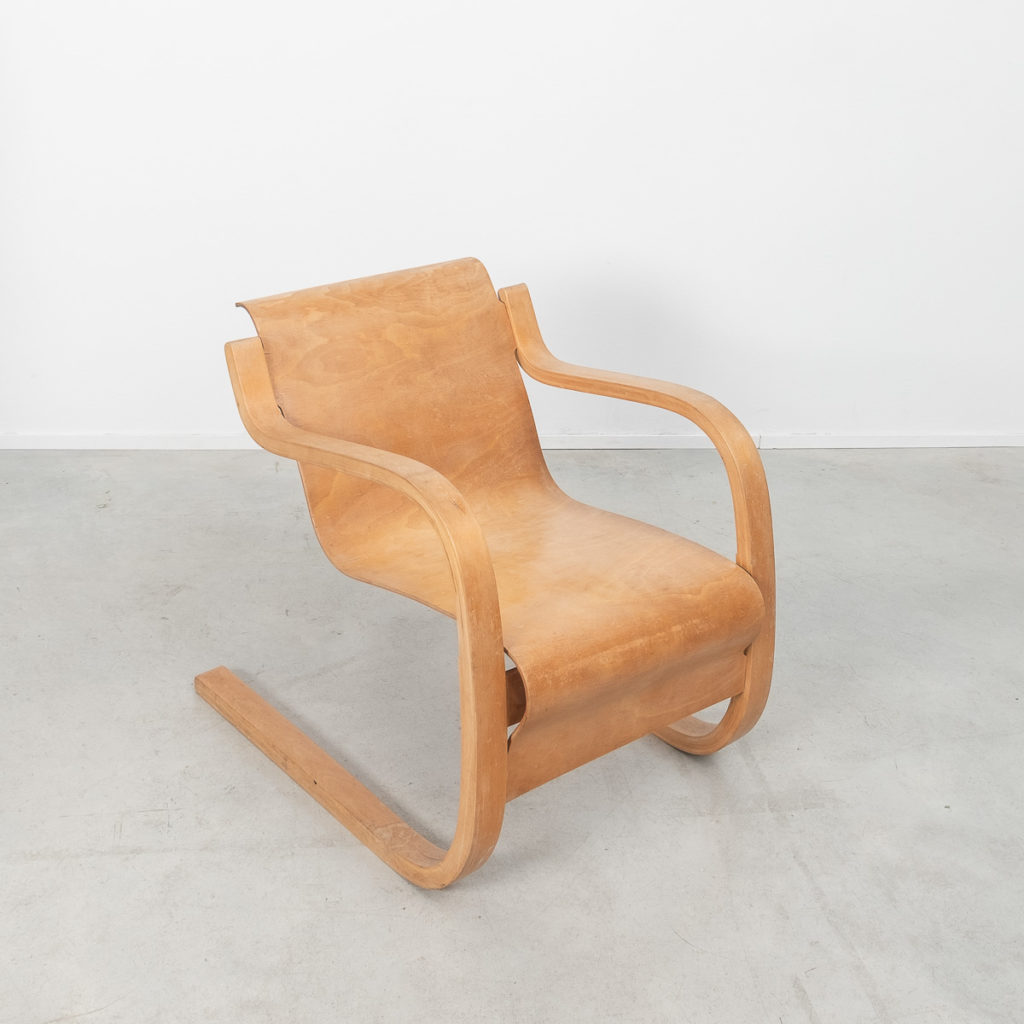 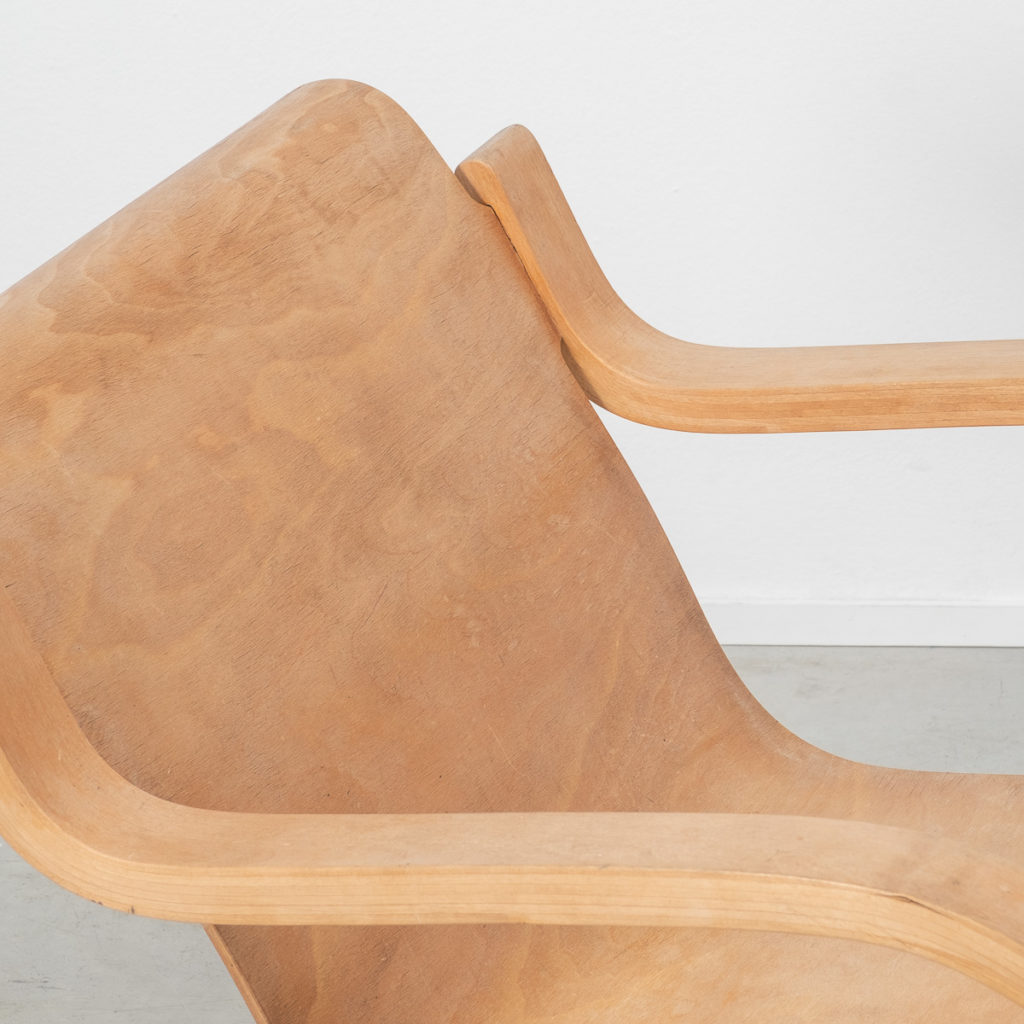 As an architect and designer, Alvar Aalto (1898-1976) should be celebrated for bringing Scandinavian modernism to global prominence. His sensitivity to the natural world, organic forms and materials tempered the hardness of rationalism.

The 31 lounge chair is an incredibly rare original piece of Scandinavian modernism designed to go into the Paimio Sanatorium. The building project commission was won by Aalto in 1929 and received critical acclaim both in Finland and abroad after its completion. The chairs cantilevered seating relies on the strength of the bent birch ply wood it is construction from. This is a first edition model, made in small quantities, produced by Huonekalu-ja Rakennustyötehdas, Finland 1931 and has the number ‘five’ stamped into the legs and under the seat.

The cosmetic and structural condition of the chair is good for its age. Some surfaces show signs or wear consistent with age and use. For example, some areas of the wood surface have some superficial crazing and splits. Also worth noting that the birch frame appears to have every so slightly warped over time. As a result, the chairs backrest is not square.