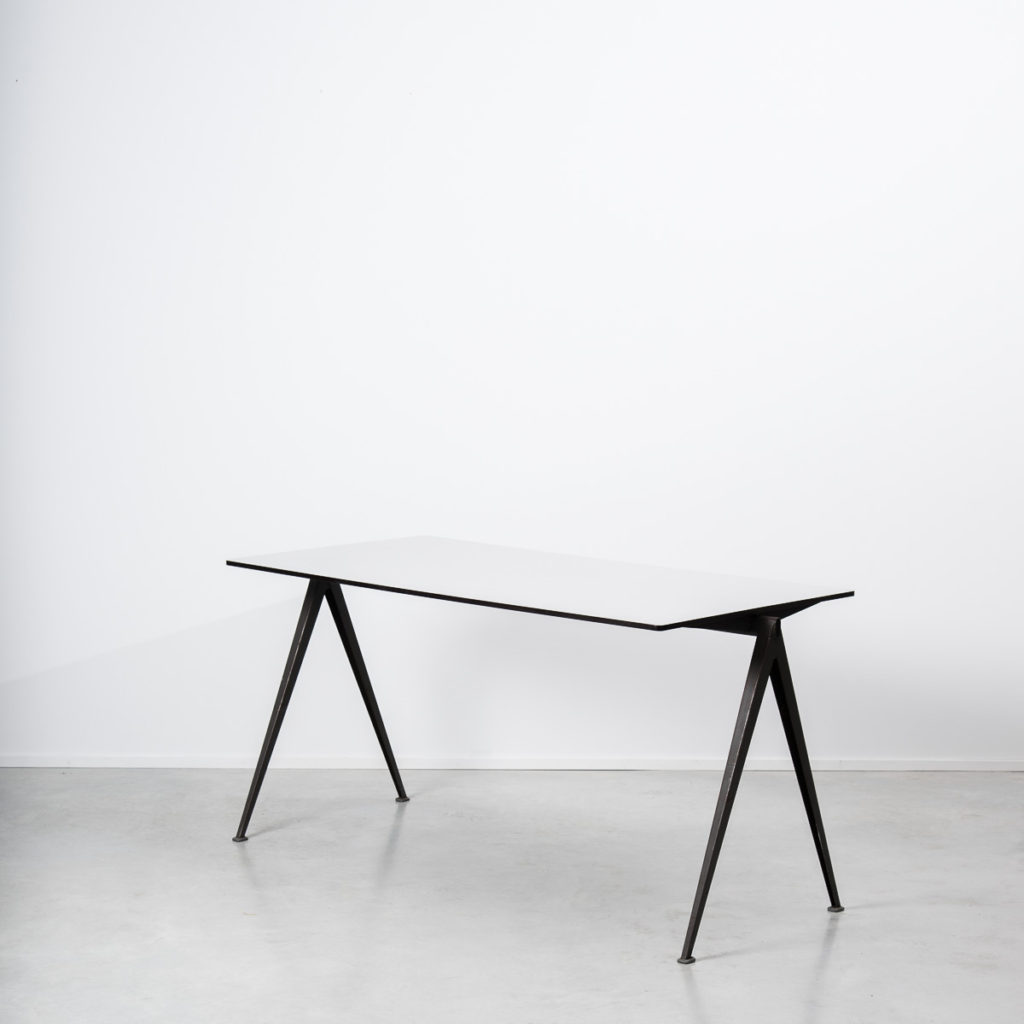 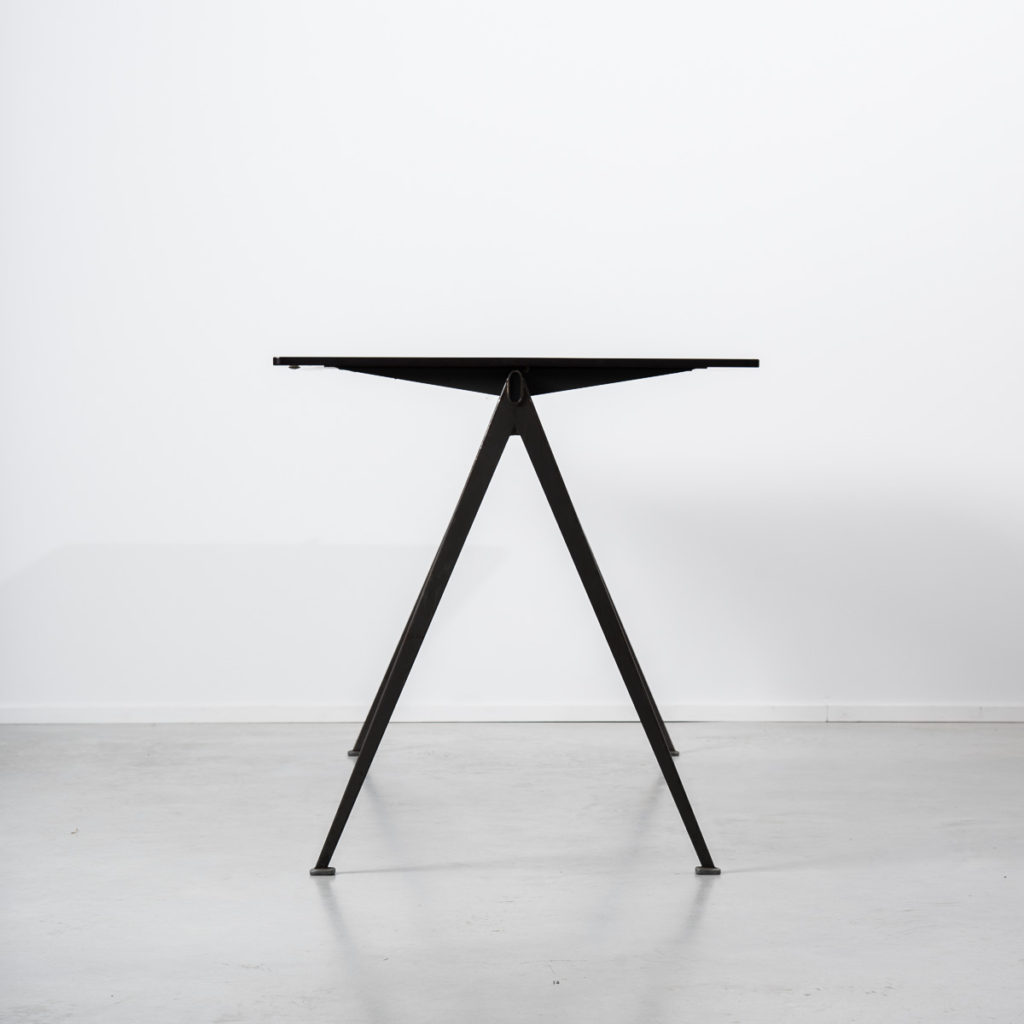 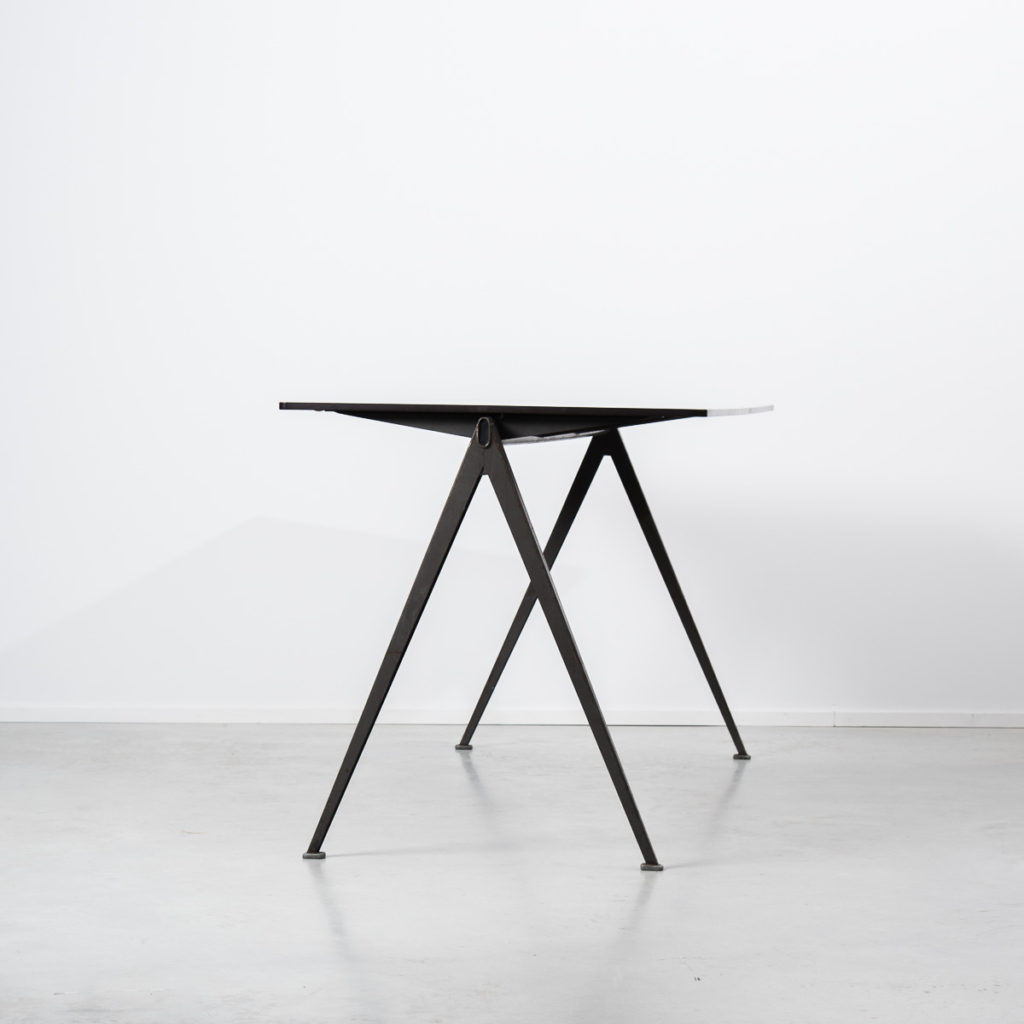 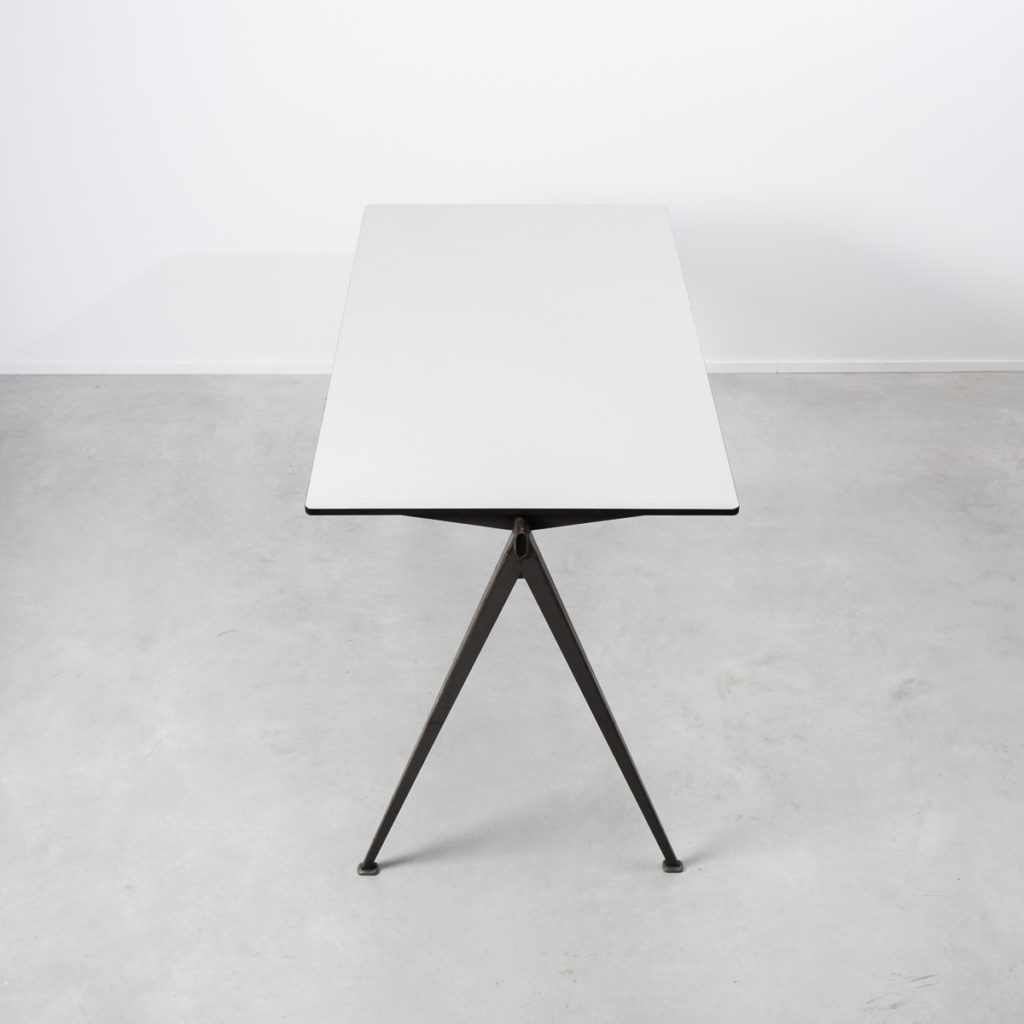 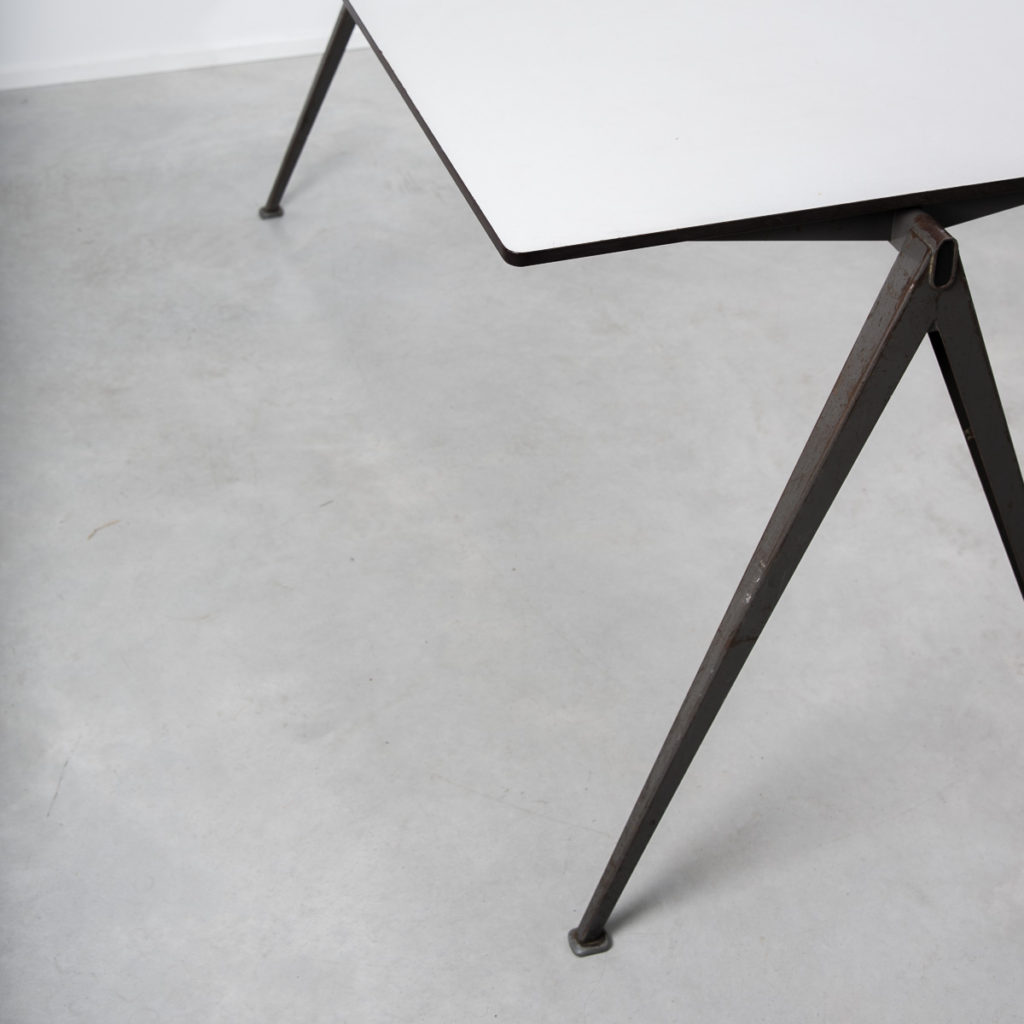 The famous pyramid table designed by Wim Rietveld for Ahrend de Cirkel, Netherlands. With a frame of folded steel, compass legs and laminated top – it is an important piece of Dutch industrial design – perhaps the icon of the period.

The design, which won a Signe d´Or award in 1960, was inspired by the Compass table by Jean Prouvé but made in a way that it could be stacked. It is virtually bombproof as far as usage is concerned – making it a very practical workspace or dining table. Only minor age wear apparent, in good vintage condition.