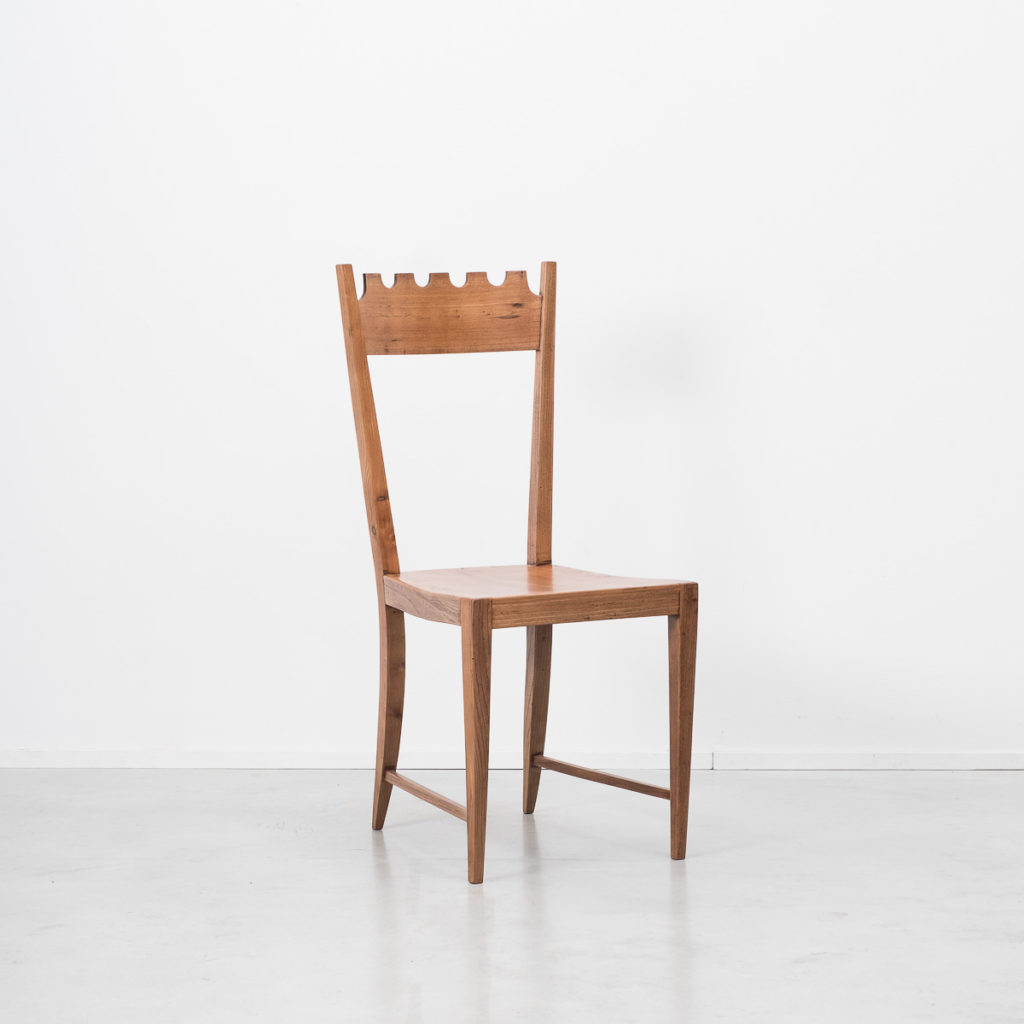 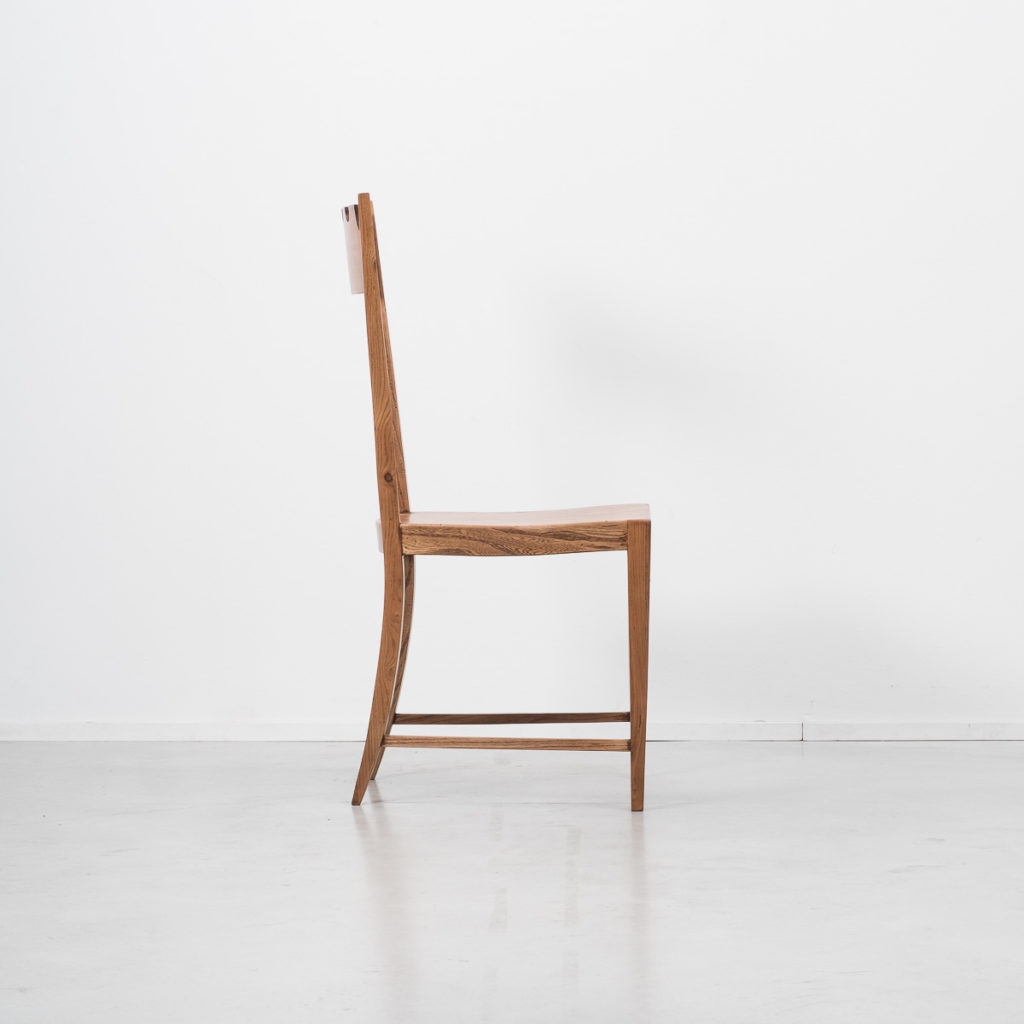 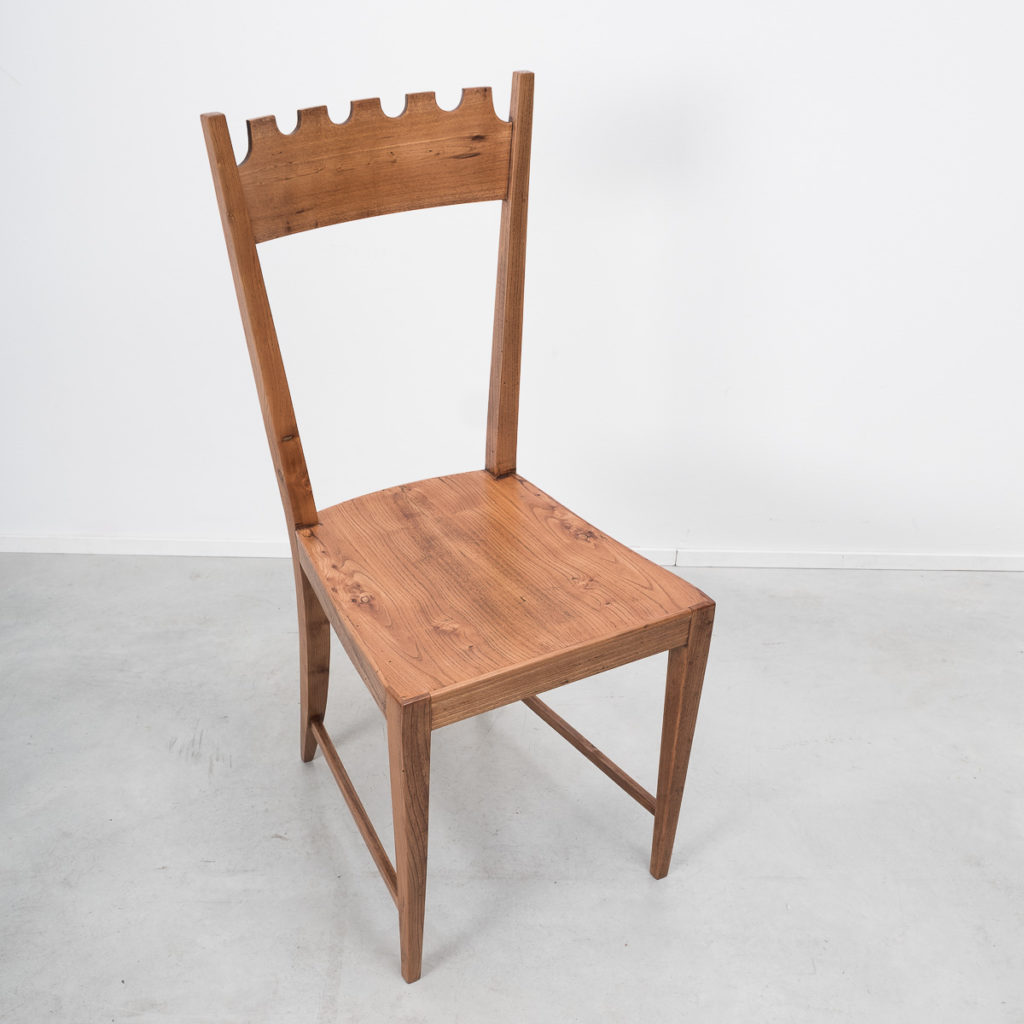 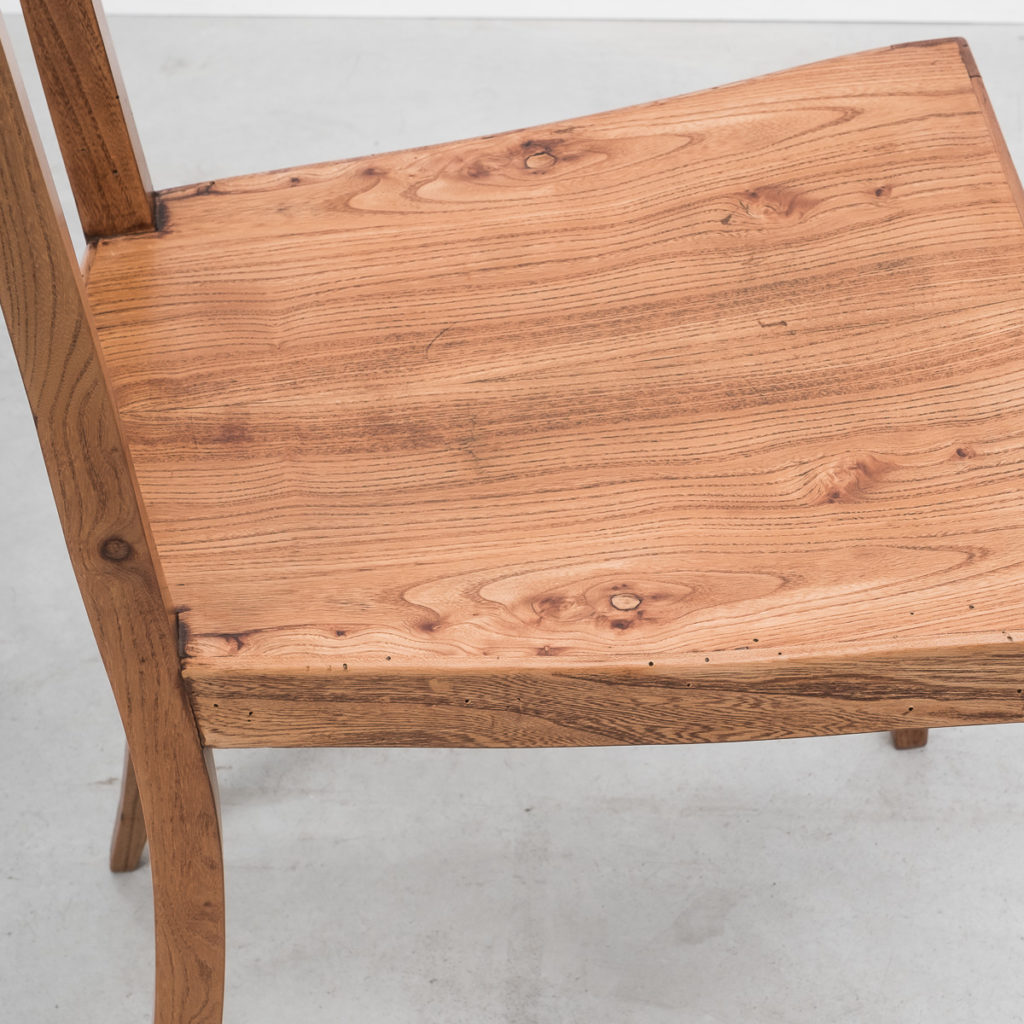 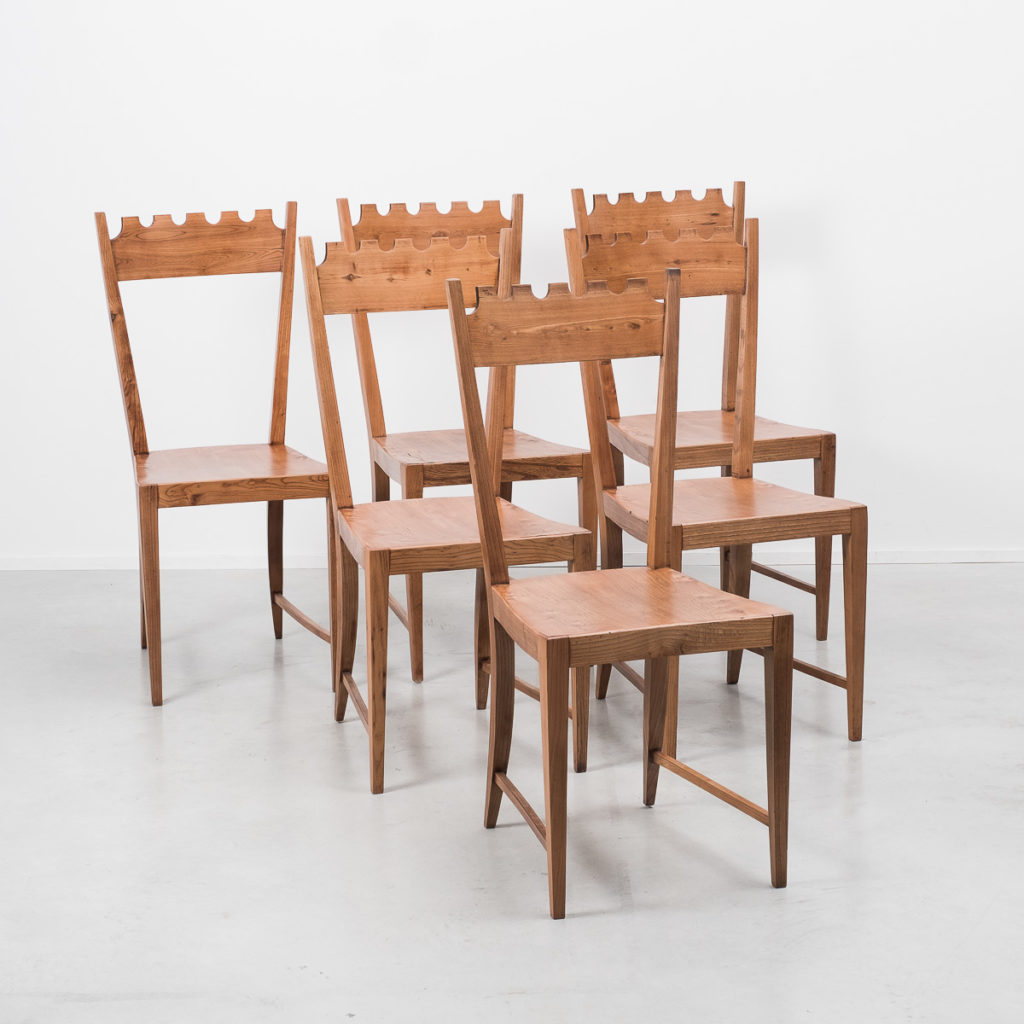 A lovely set of 10 wooden Paolo Buffa attributed dining chairs. After working briefly in Gio Ponti’s studio in the 1920s, Buffa (1903-1970) made a name for himself amongst the Milanese upper classes. His designs were original – combining neoclassicism and Lombardy’s woodworking traditions with modern sensibilities. They feature several of his trademark aesthetic touches such as a softly curved structural profile crowned with wavy detailing along the top, but we cannot find an exact match in the literature to verify.

These chairs have been sensitively restored with thermo lignum treatment (to make sure old worm damage was well and truly gone) as well as having the surfaces refinished. Can be sold individual or in smaller sets.