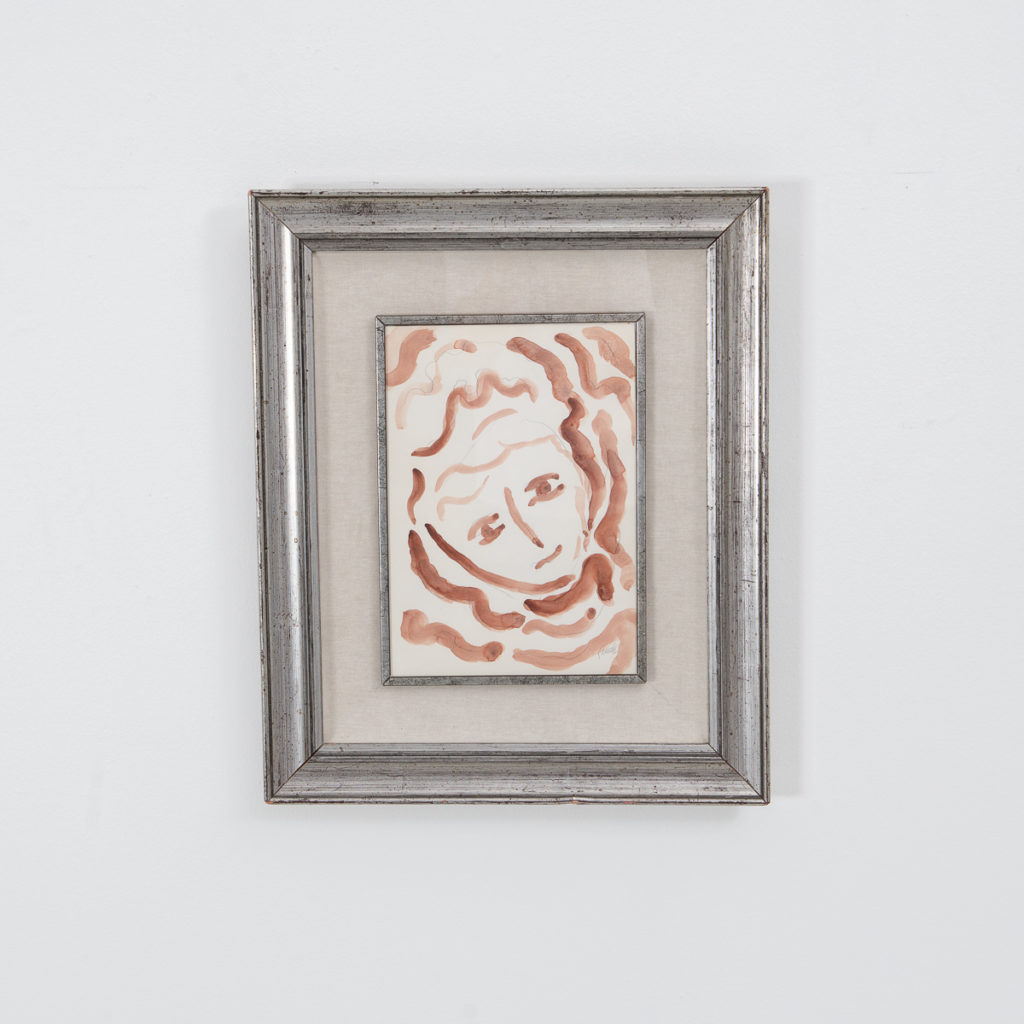 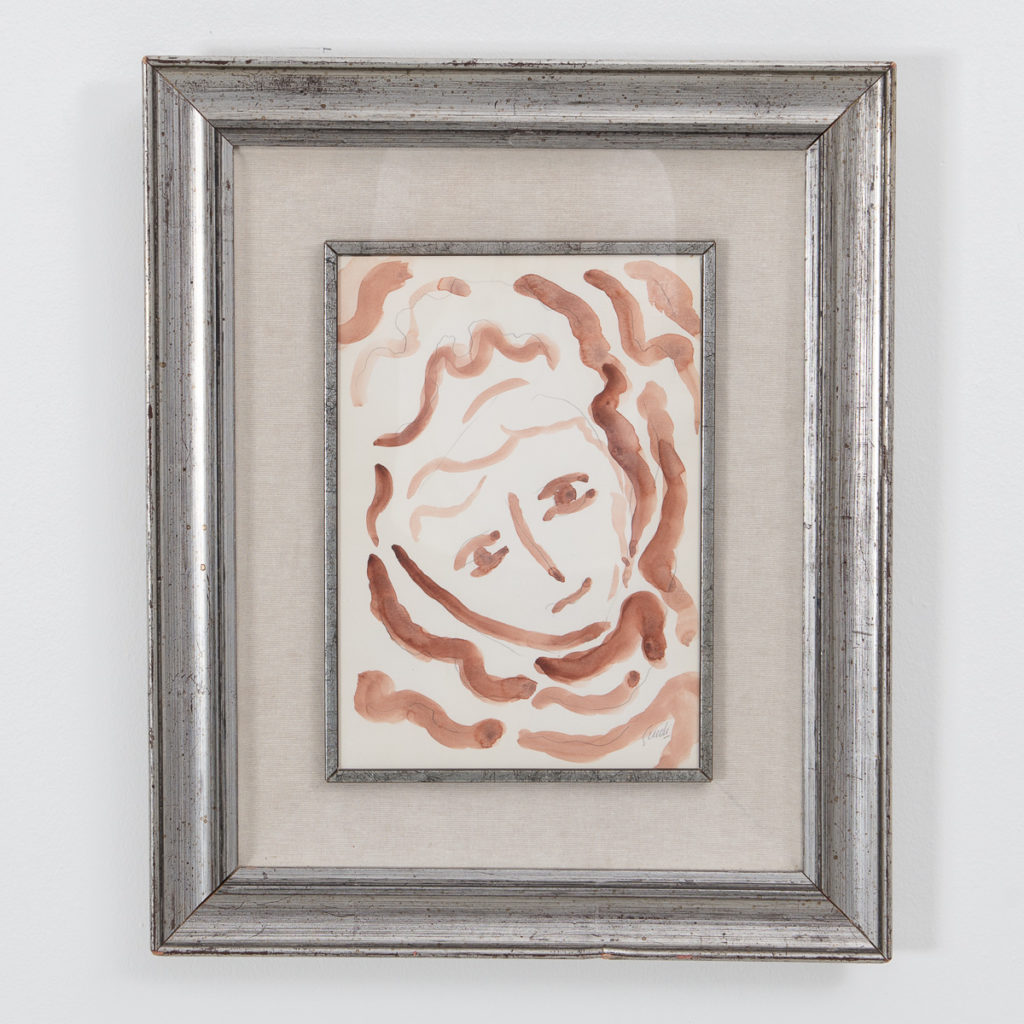 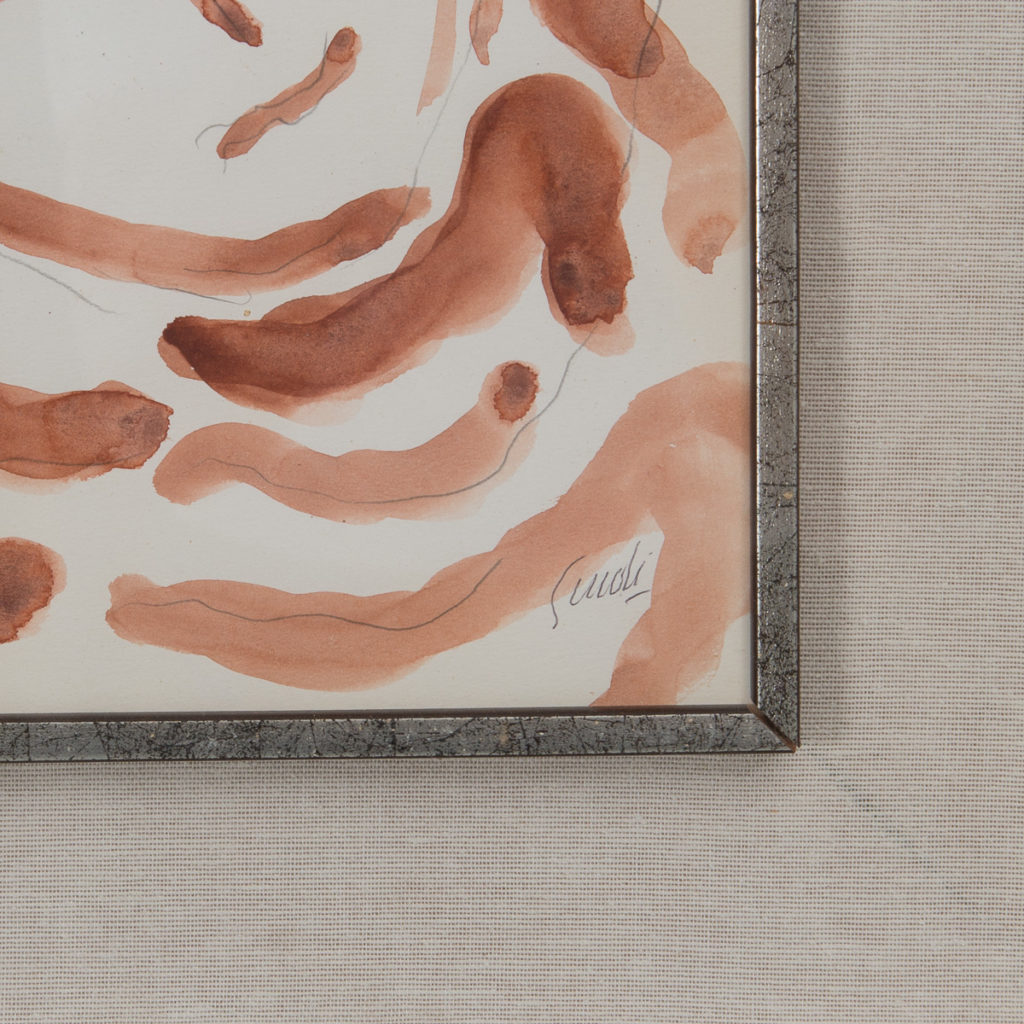 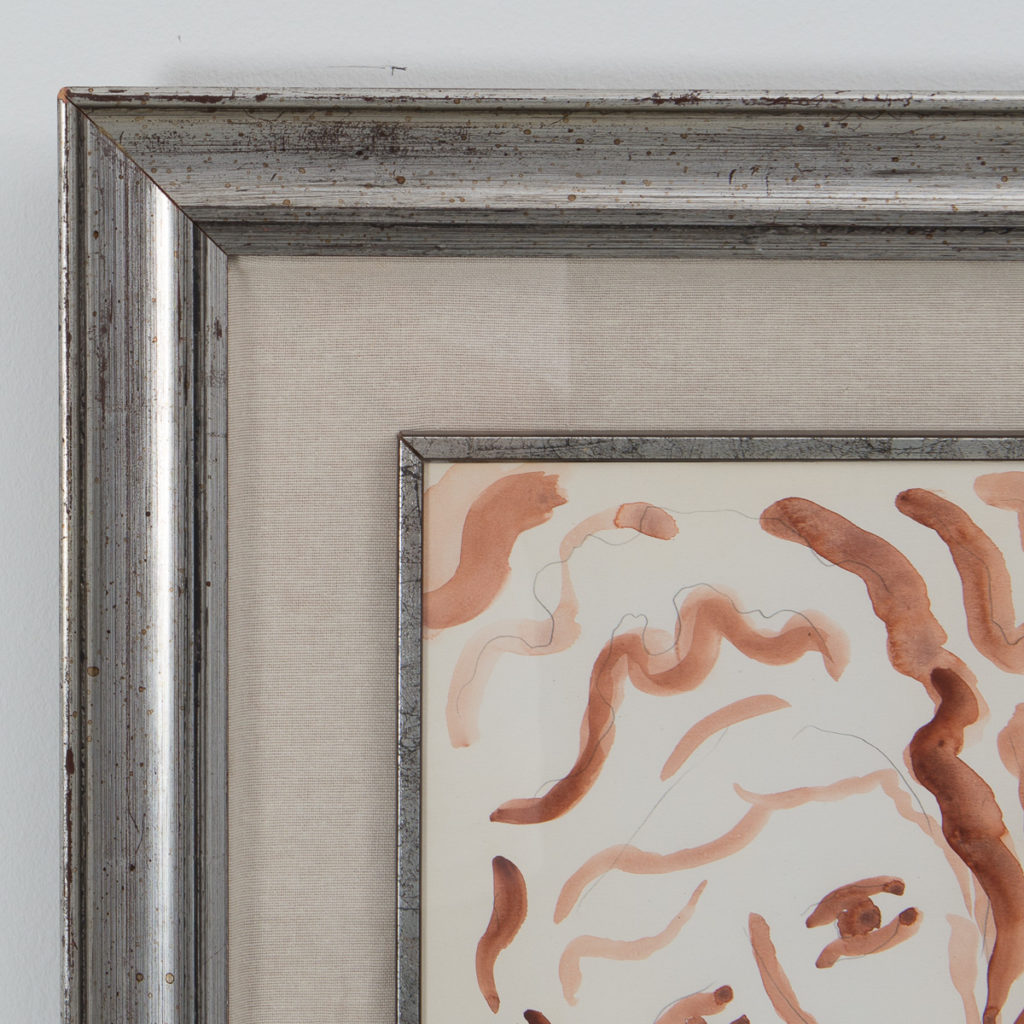 Guidi was an artist and writer born in Rome in 1891 and died in Venice in 1984. He was a pupil to Giulio Aristide Sartorio at Academy of Fine Arts in Venice. Guidi was active in Venice from 1927 to 1935 and later settled there during the Second World War. In 1939 he got closer to Abstractism and in 1951 to Spatialism. We love his expressive free-form approach to the face in this painting. This work is a great example of his portraiture work which is widely sought after and collected. Signed and gallery label verso. Light wear to frame. Frame H58 W48 Picture H34 W23.5 D133