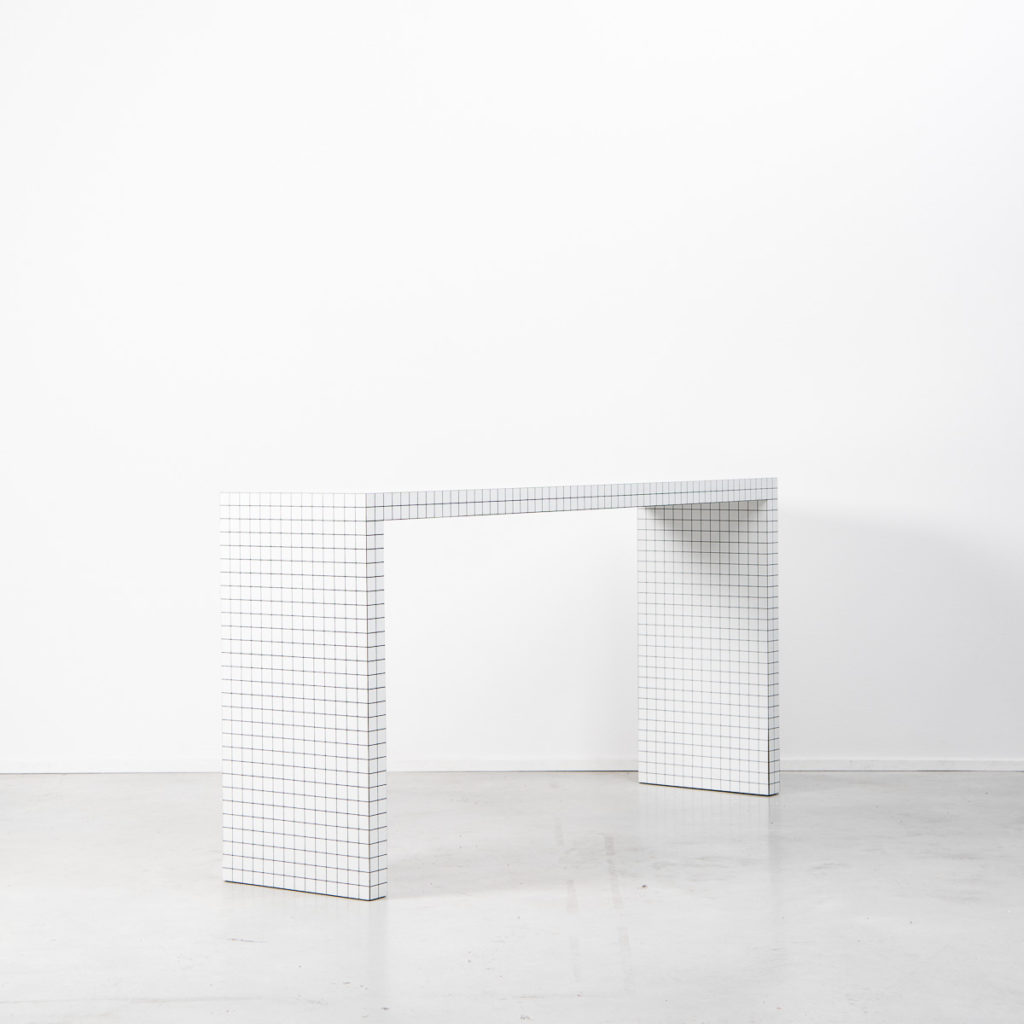 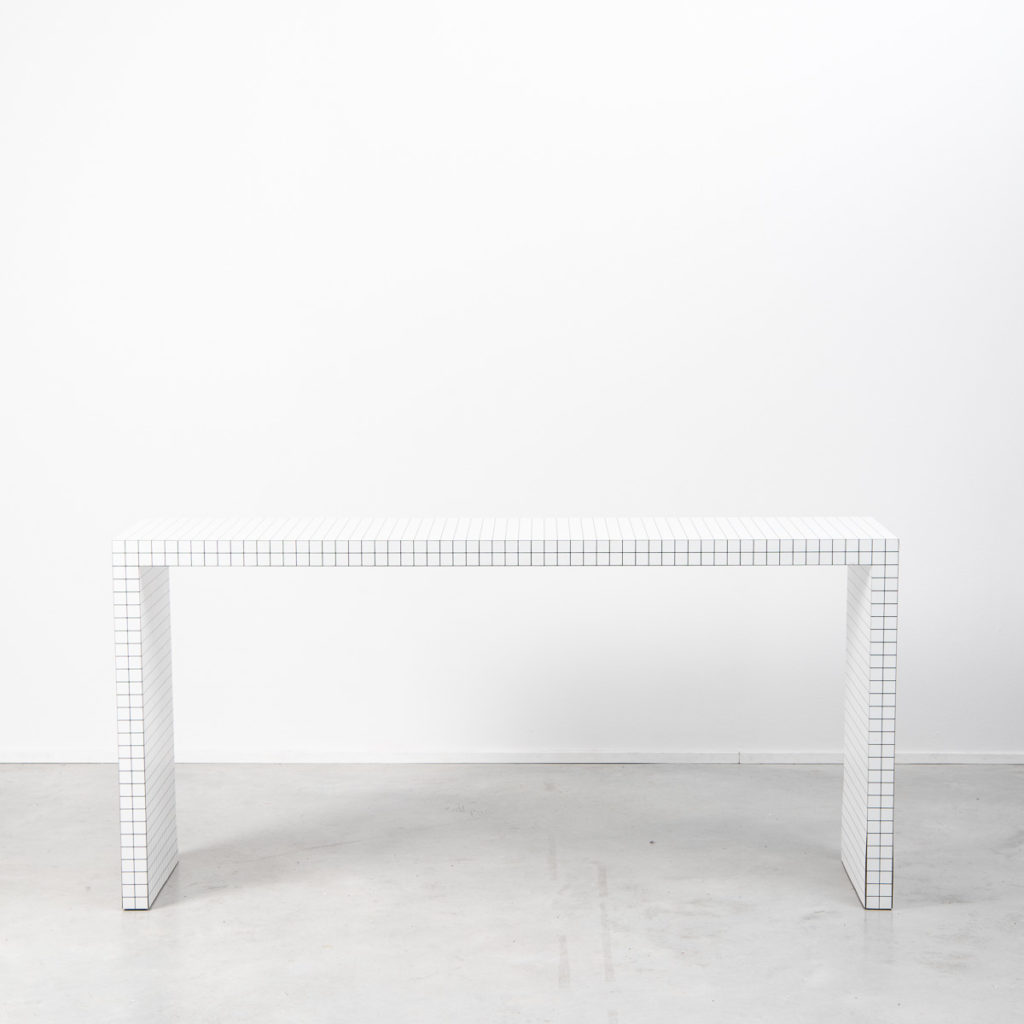 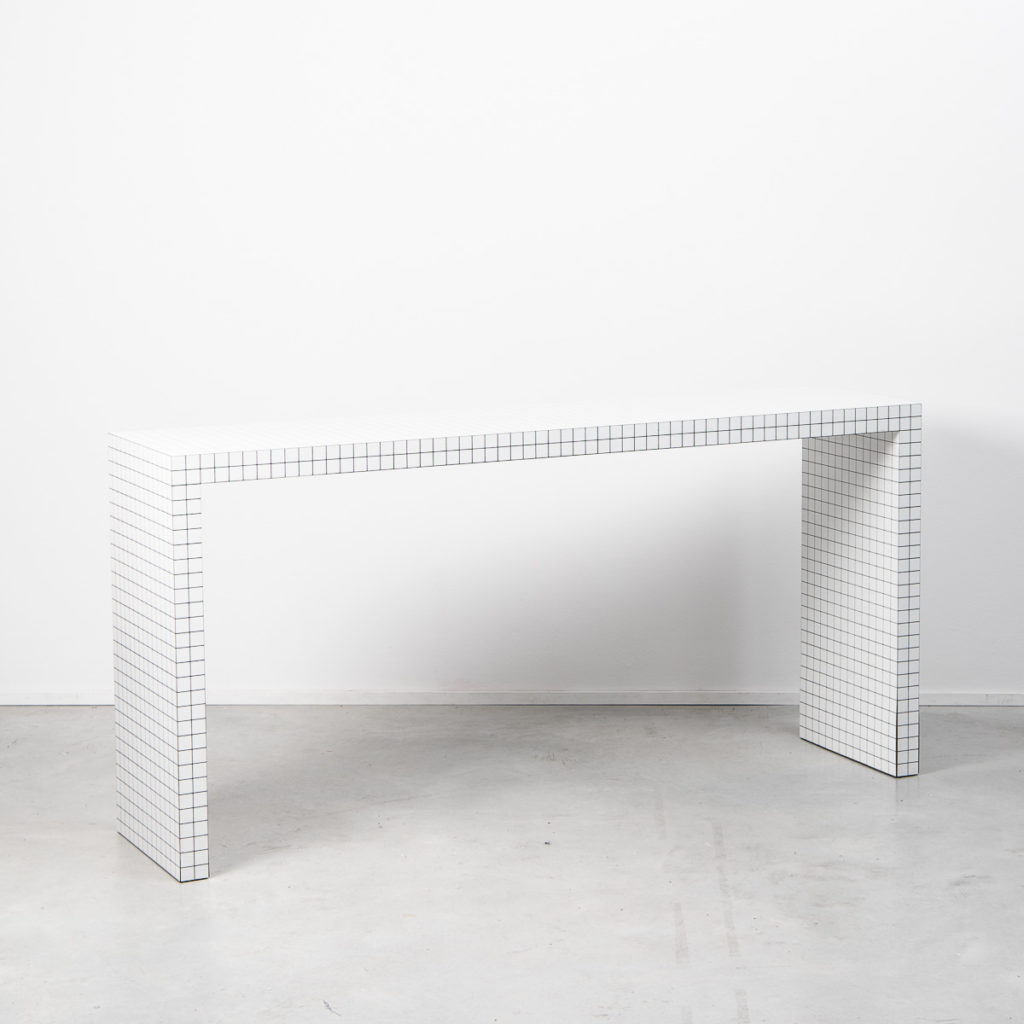 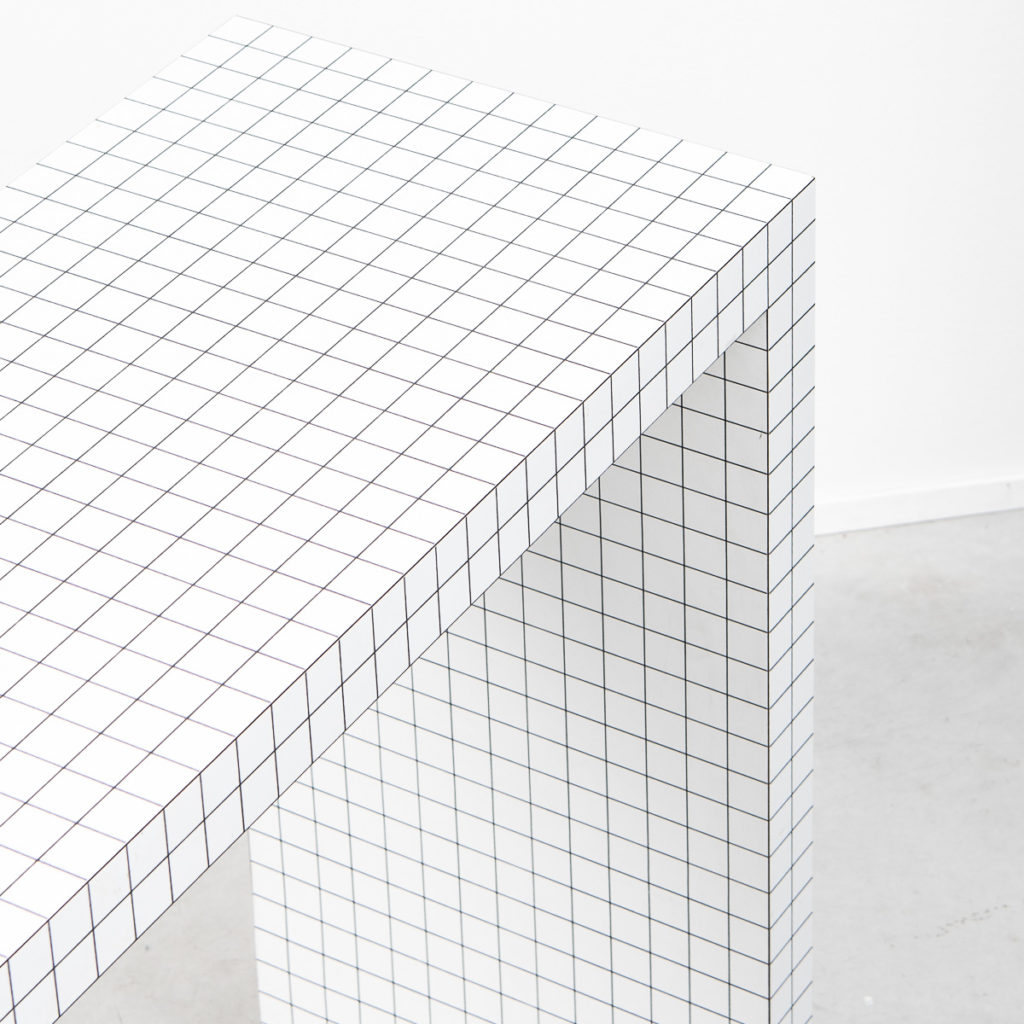 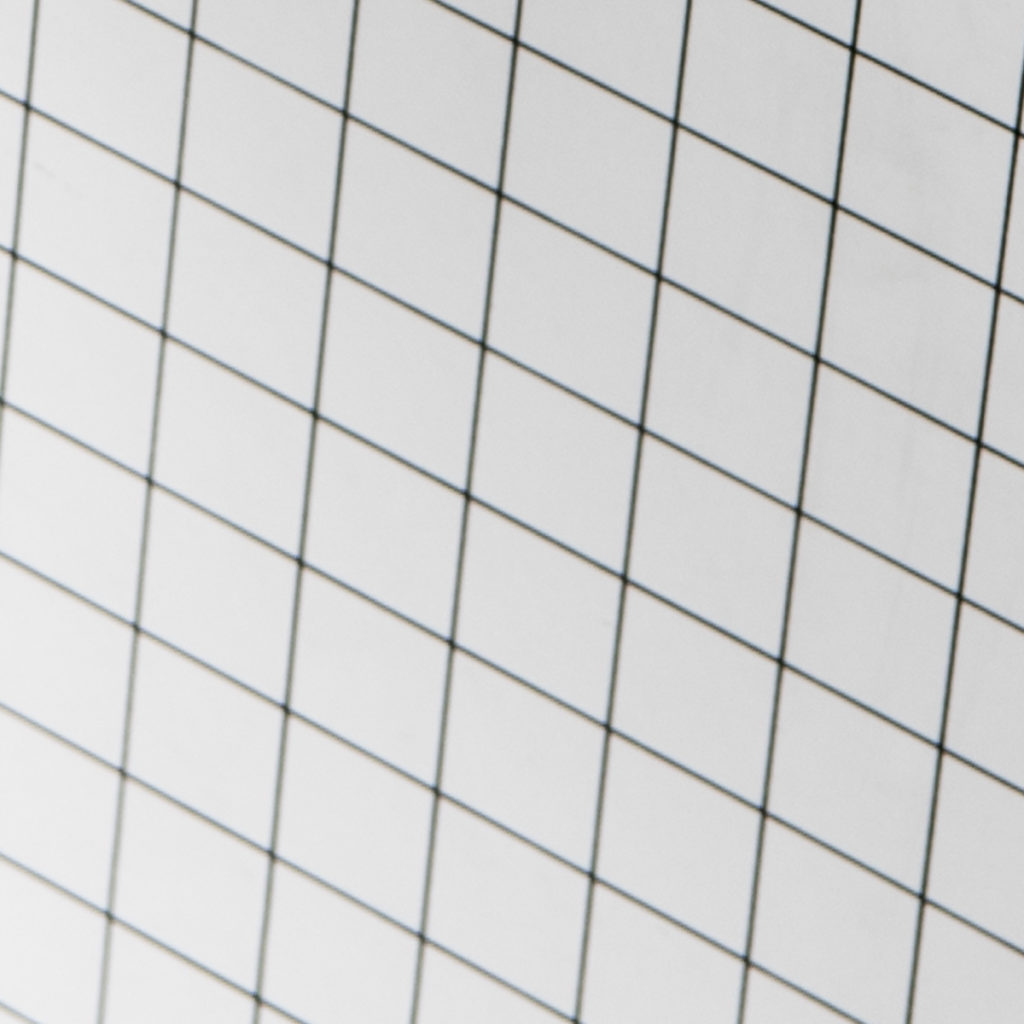 A silk screen printed white plastic laminate coats an ingenious honey-combed core, allowing the piece to be both relatively light and strong. Superstudio were a group of Florence based architects linked to the ‘Radical Design’ movement born in the 1960s. The Quaderna range is accepted as being one of the clearest representations of the movement. This console has slight signs of age with the laminated surface at the bottom of the legs raised slightly by interior expansion.