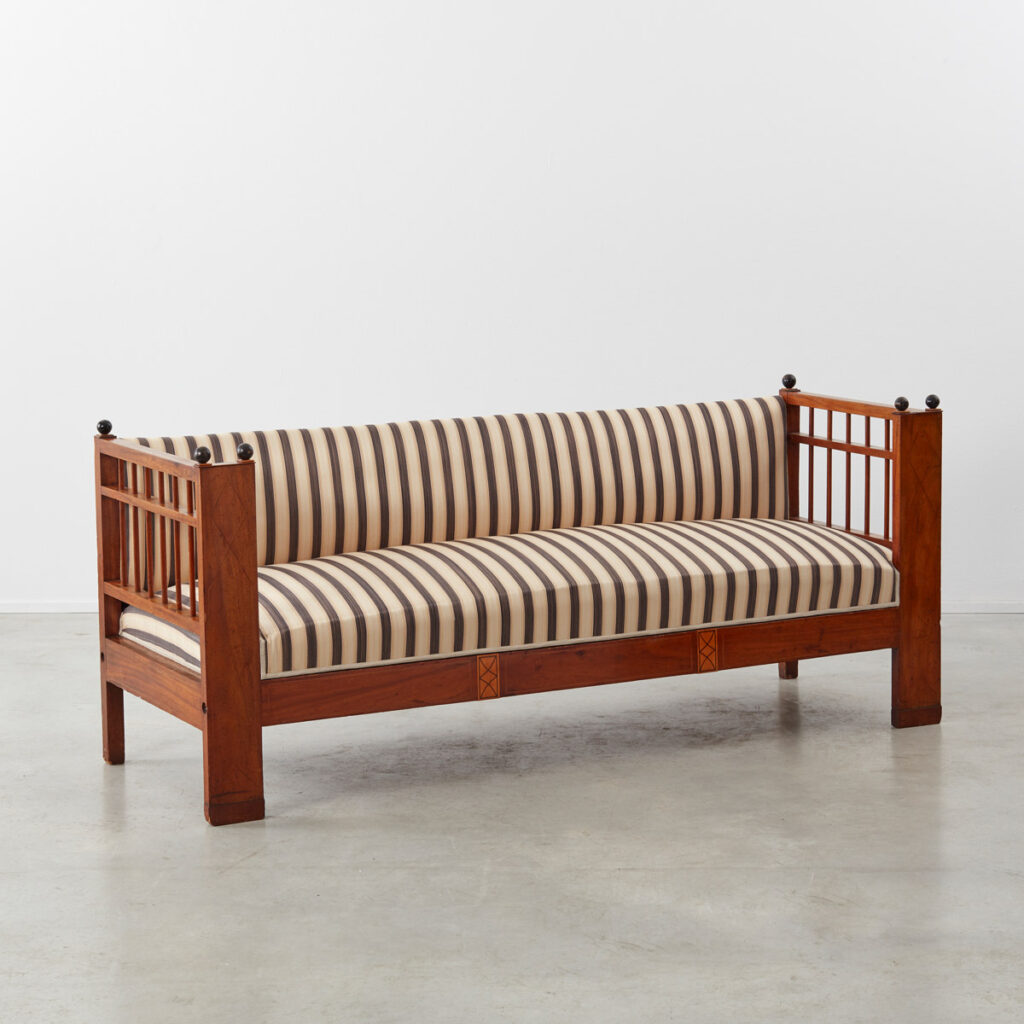 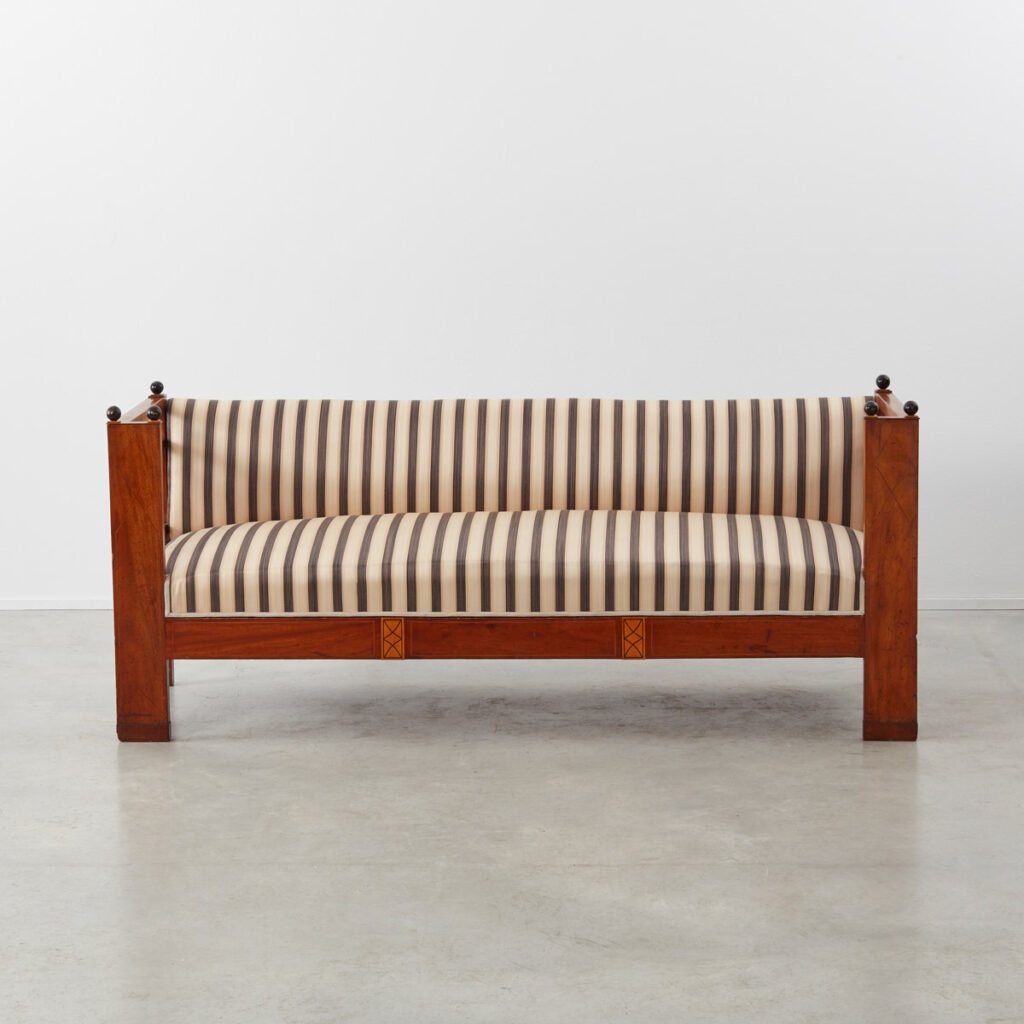 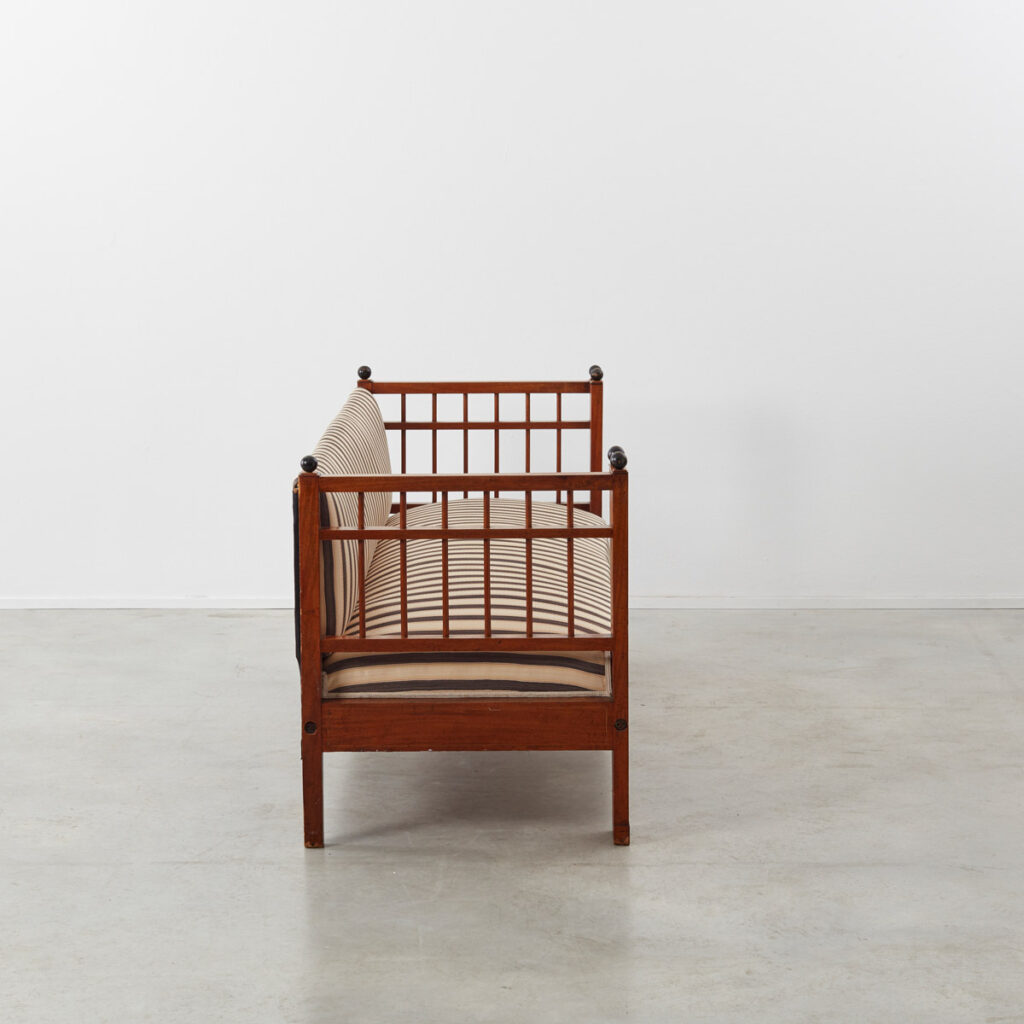 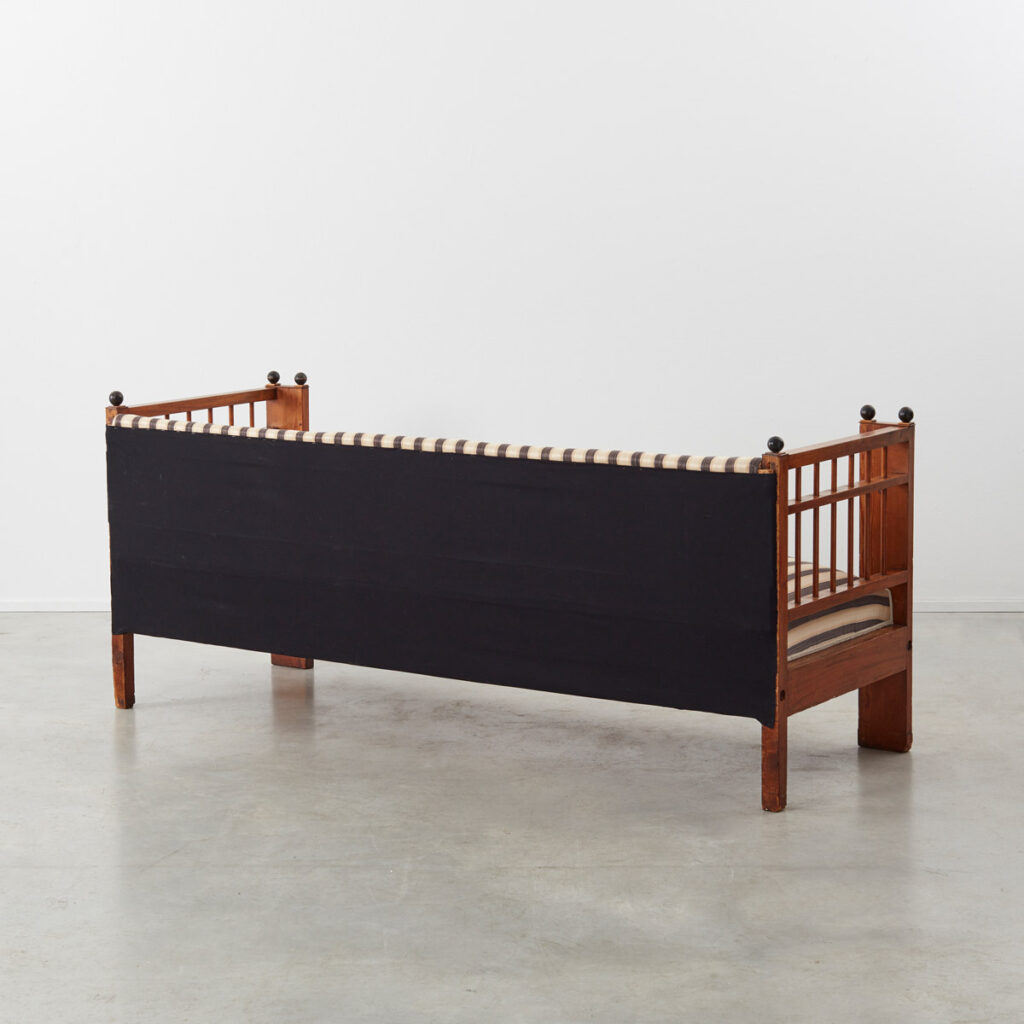 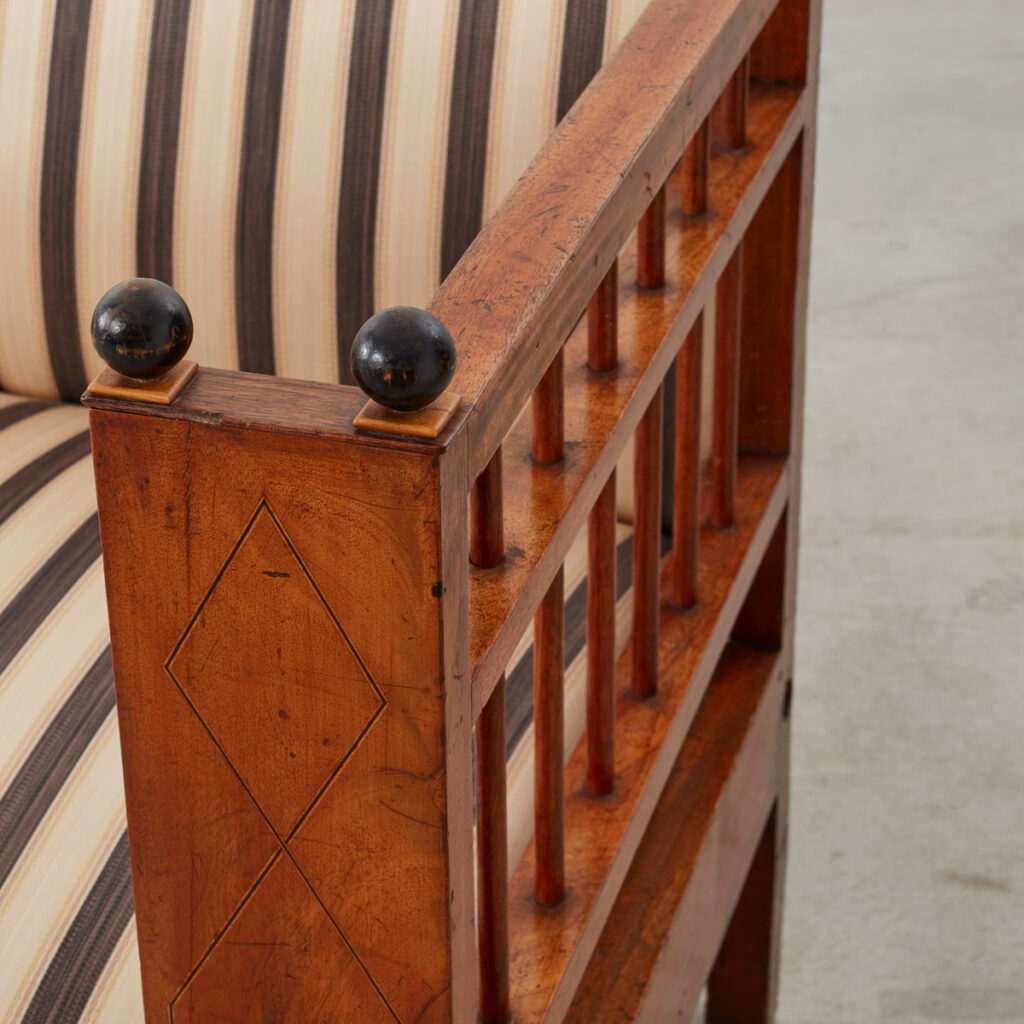 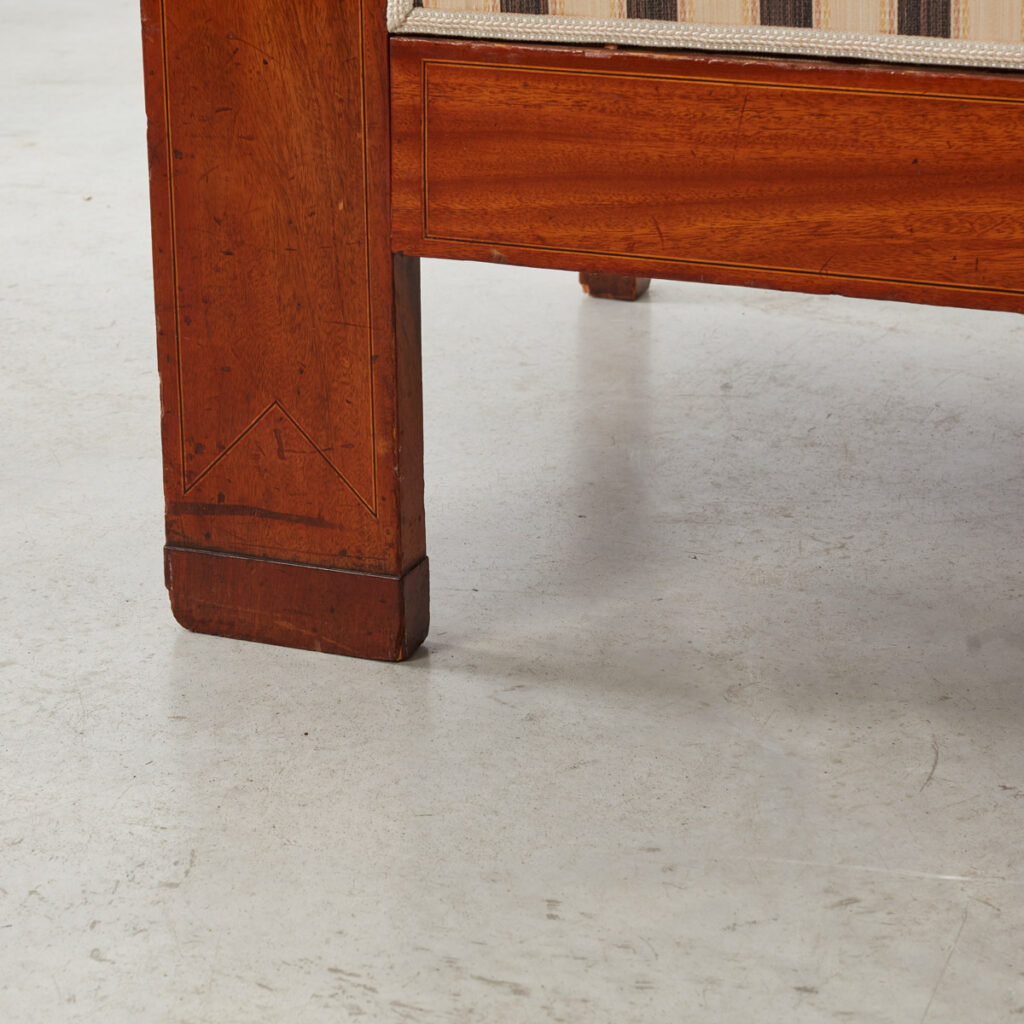 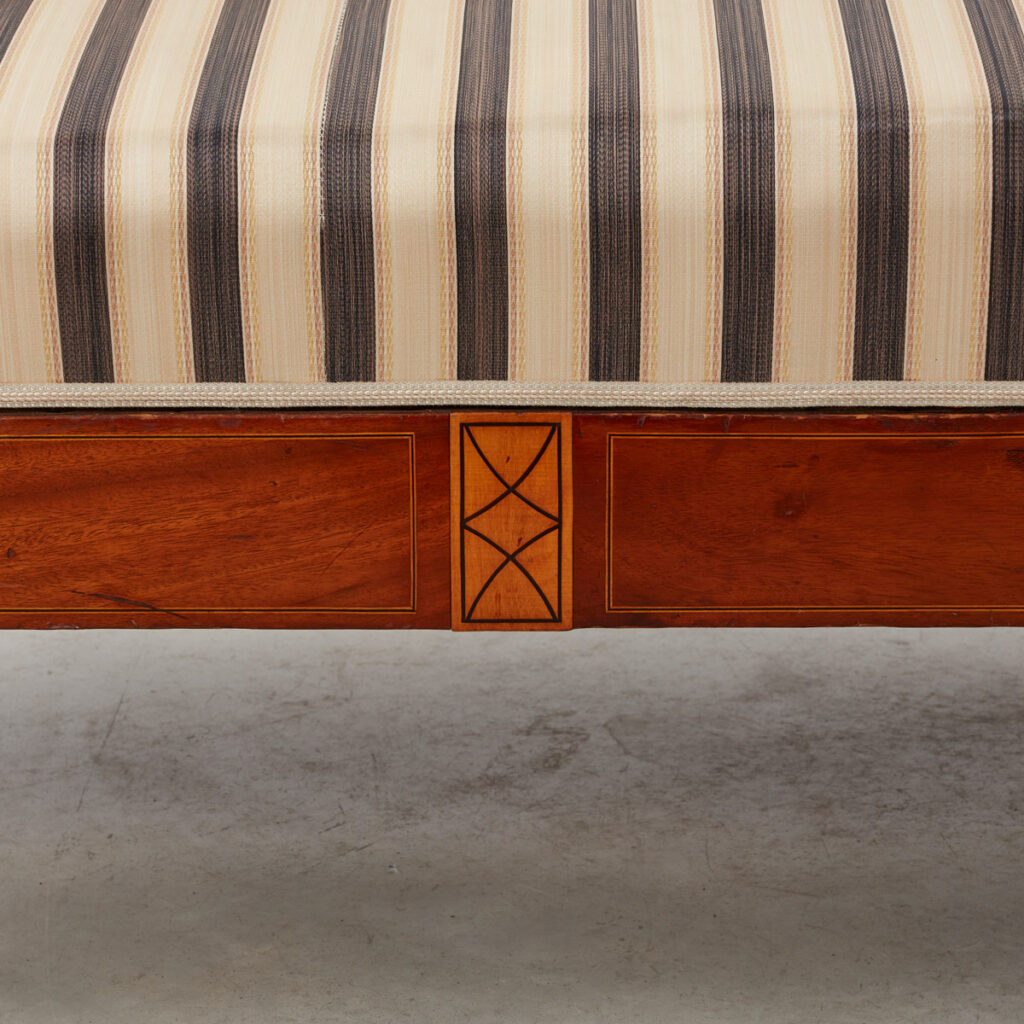 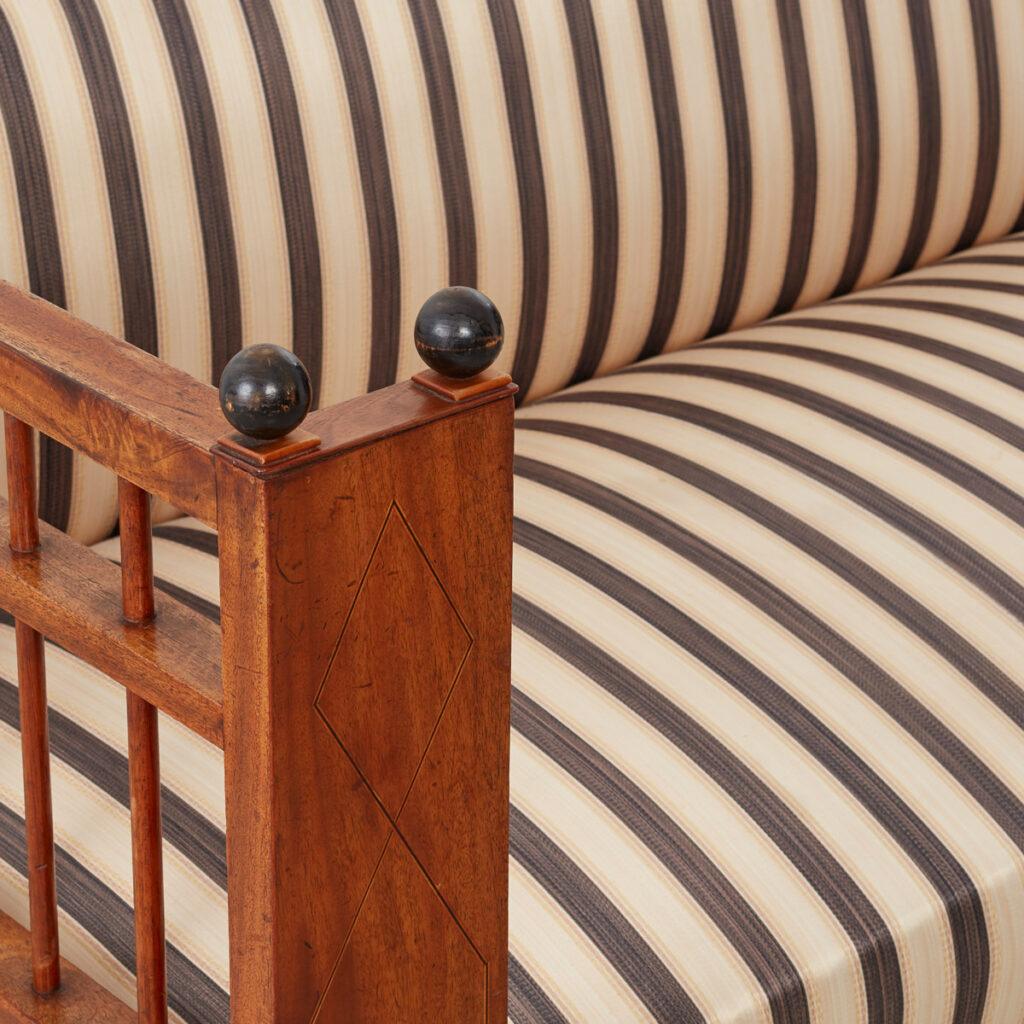 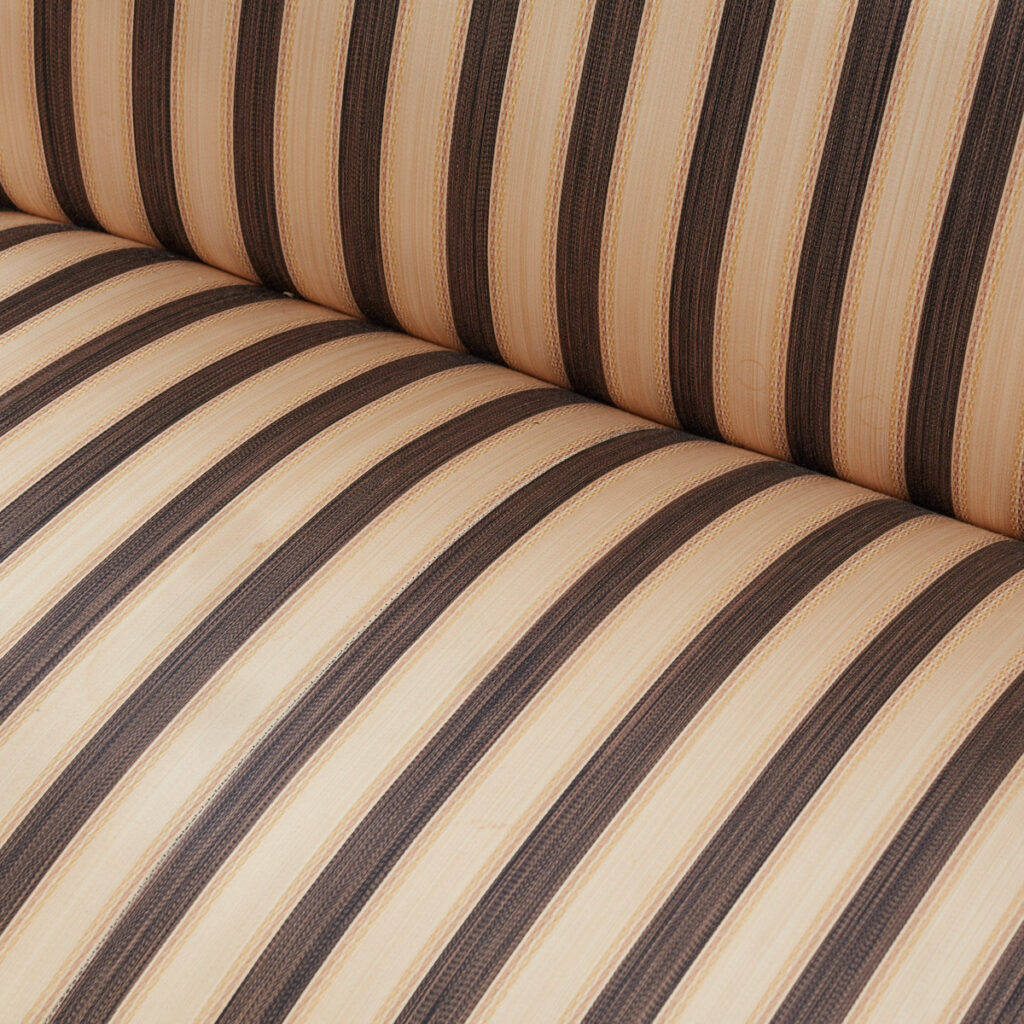 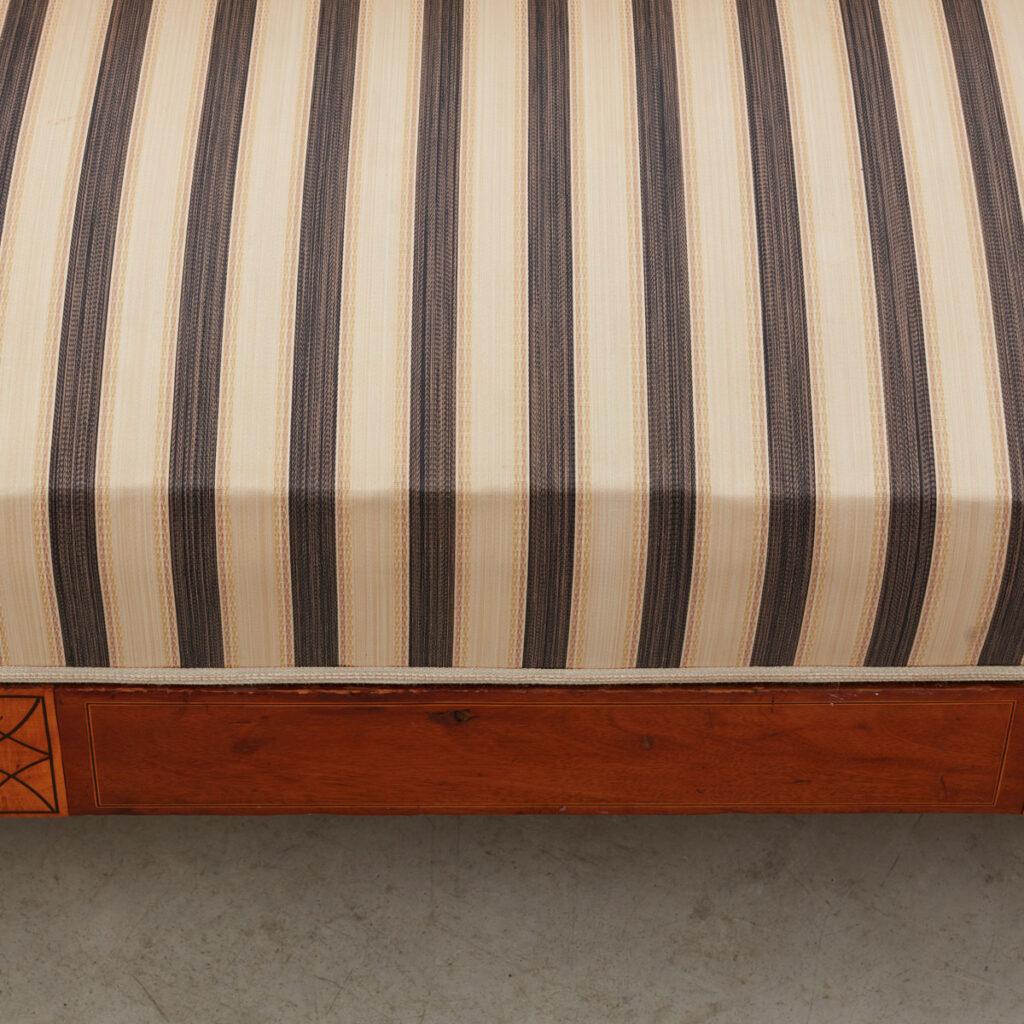 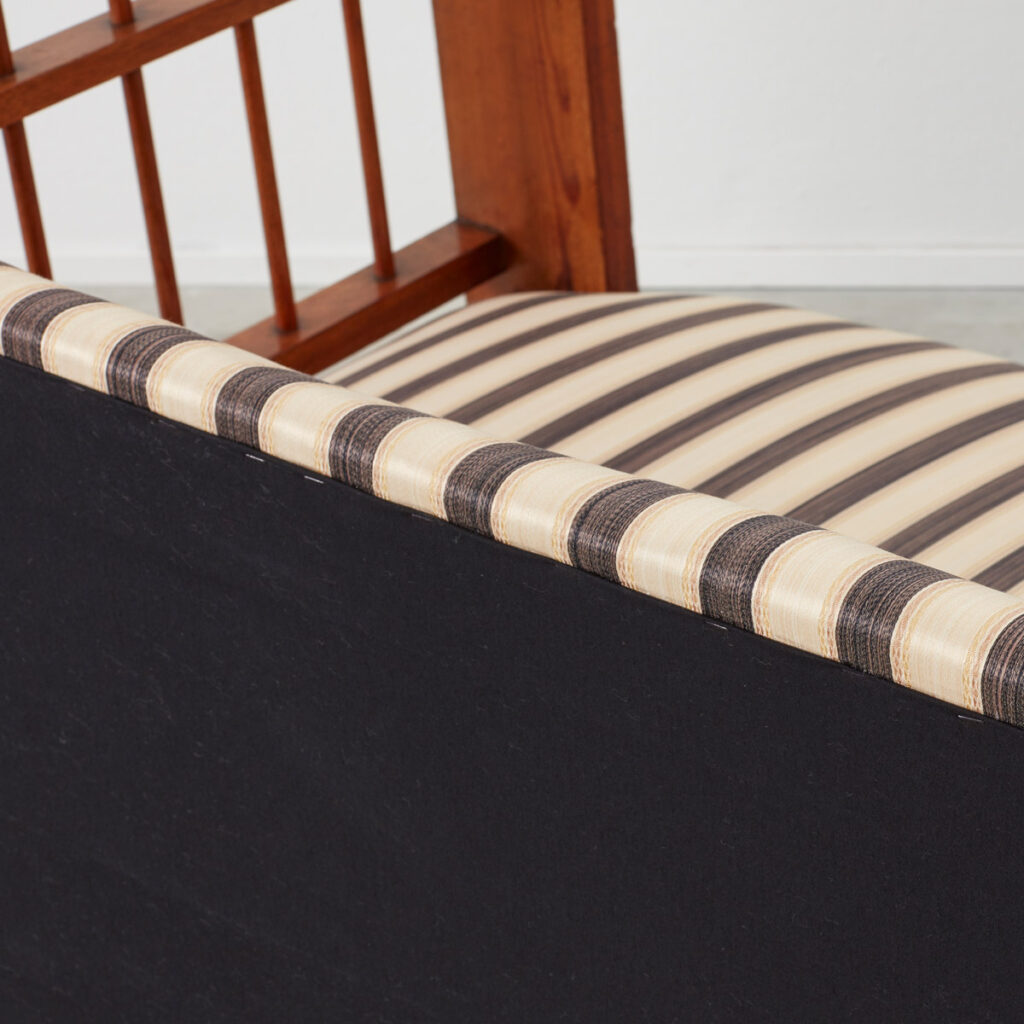 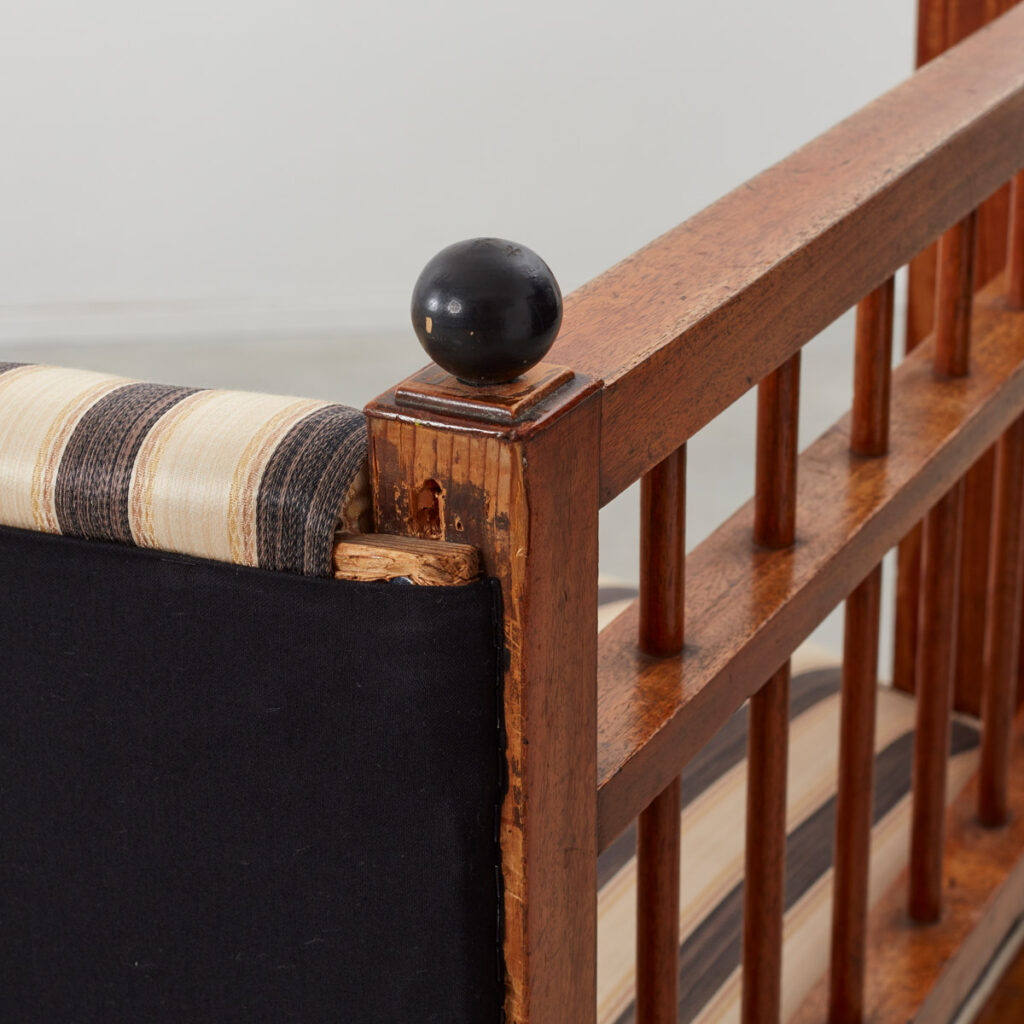 The Biedermeier period in Sweden started around 1830 when Charles XIV John, a Frenchman, ascended to the Throne of Sweden. He became known as Karl Johan which is also the common name given to Biedermeier furniture in Sweden. The Biedermeier style in Sweden was a combination of both French empire furniture and the German Biedermeier movement. Swedish Biedermeier designs embellished the purity and richness of wood as a direct rebuttal to the painted furniture of the Gustavian period.

This sofa is a lovely example of the Swedish Biedermeier style. Its thick dark wood veneered frame is balanced with finer details found in the spindle ends, birch inlay motifs and spherical adornments to the arms. The structure of the frame is made from locally sourced pine joined together with hand fitted wooden plugs instead of screws. The sofas seat uses horsehair and natural fibres giving it traditional firmness. It is in very good condition for its age with one minor repair to one of the arms and a structural repair beneath the backcloth. This sofa was reupholstered silk or horsehair striped brocade in the last 20 years. Structurally sound, but we can have the old slightly crudely done repair redone on request.