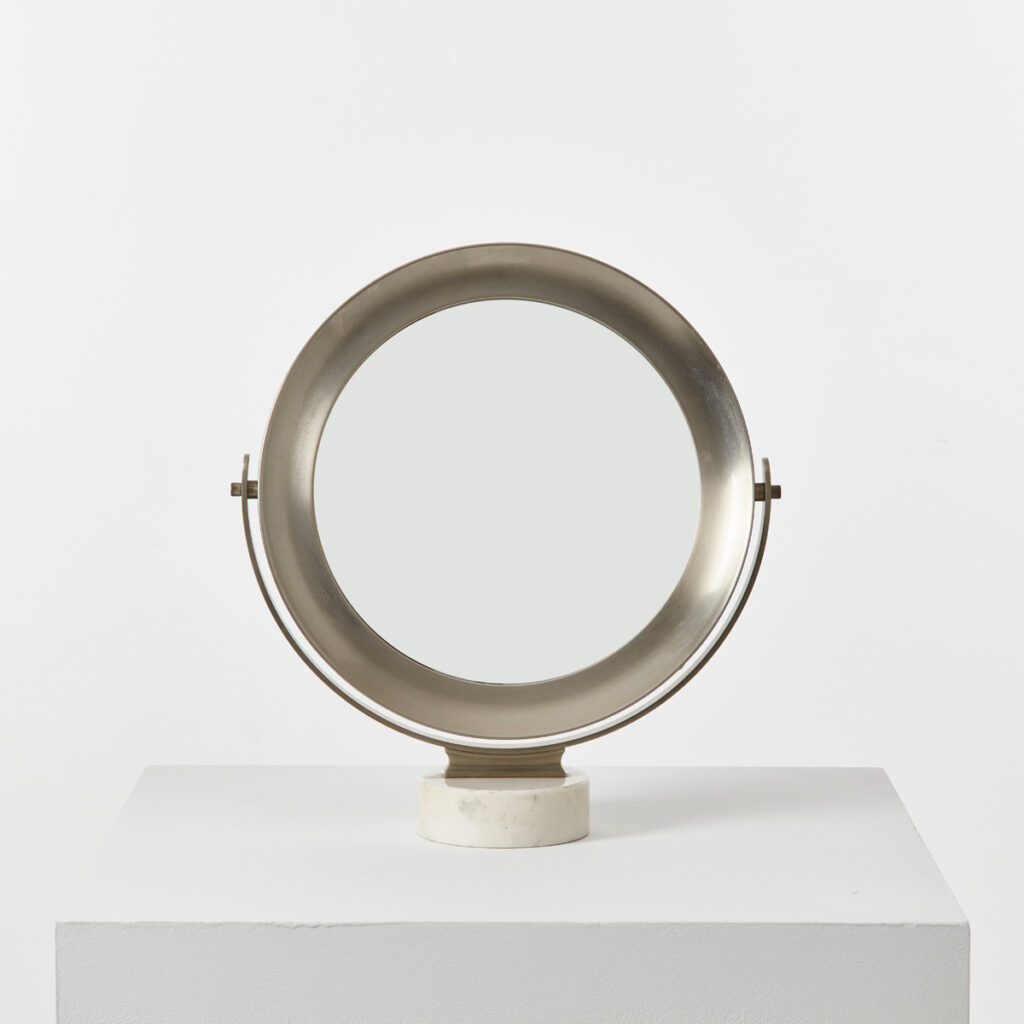 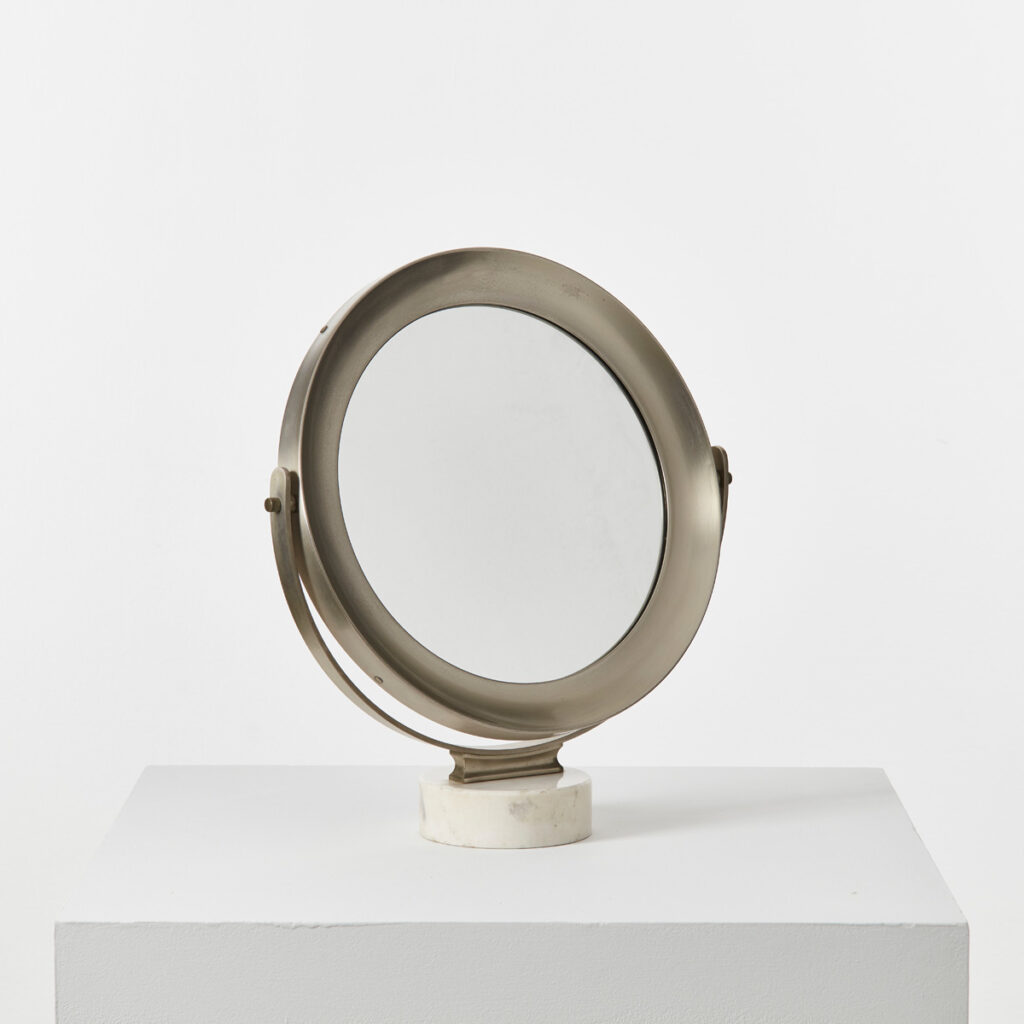 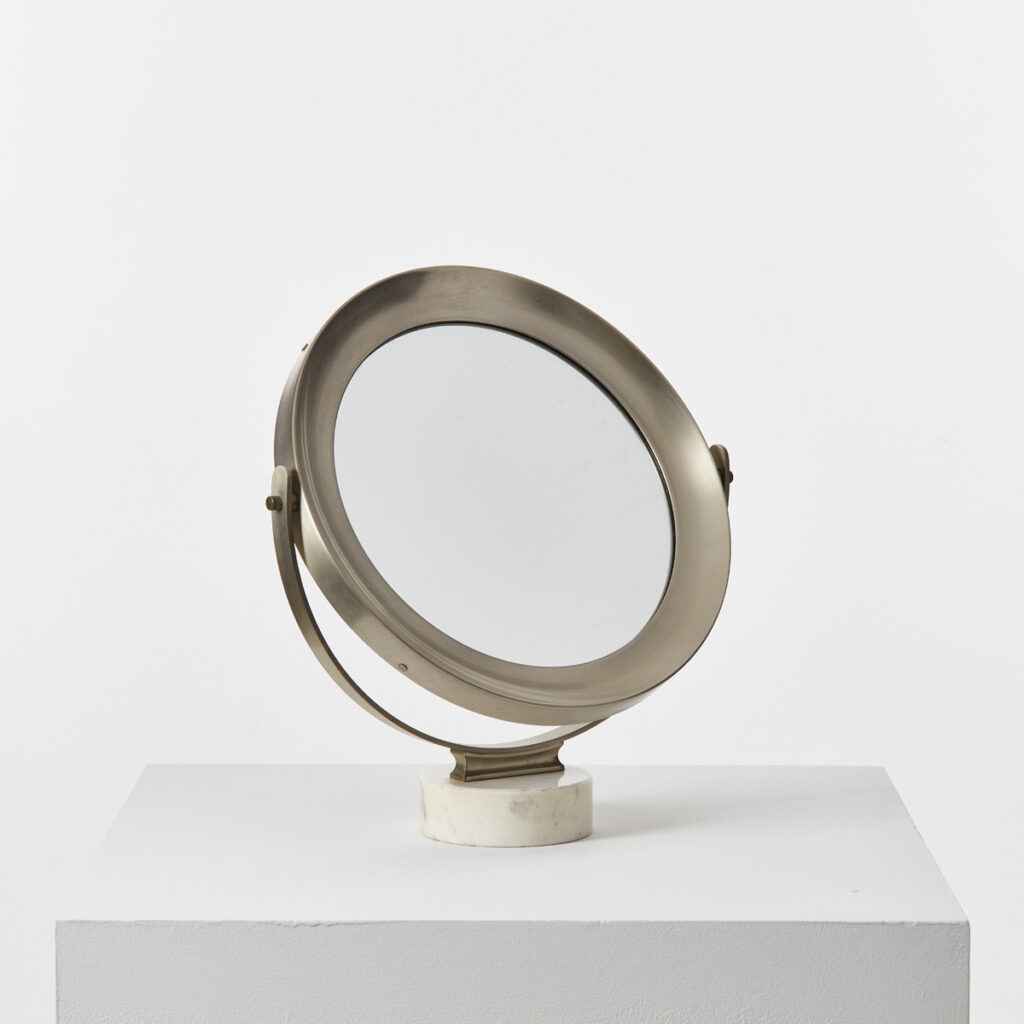 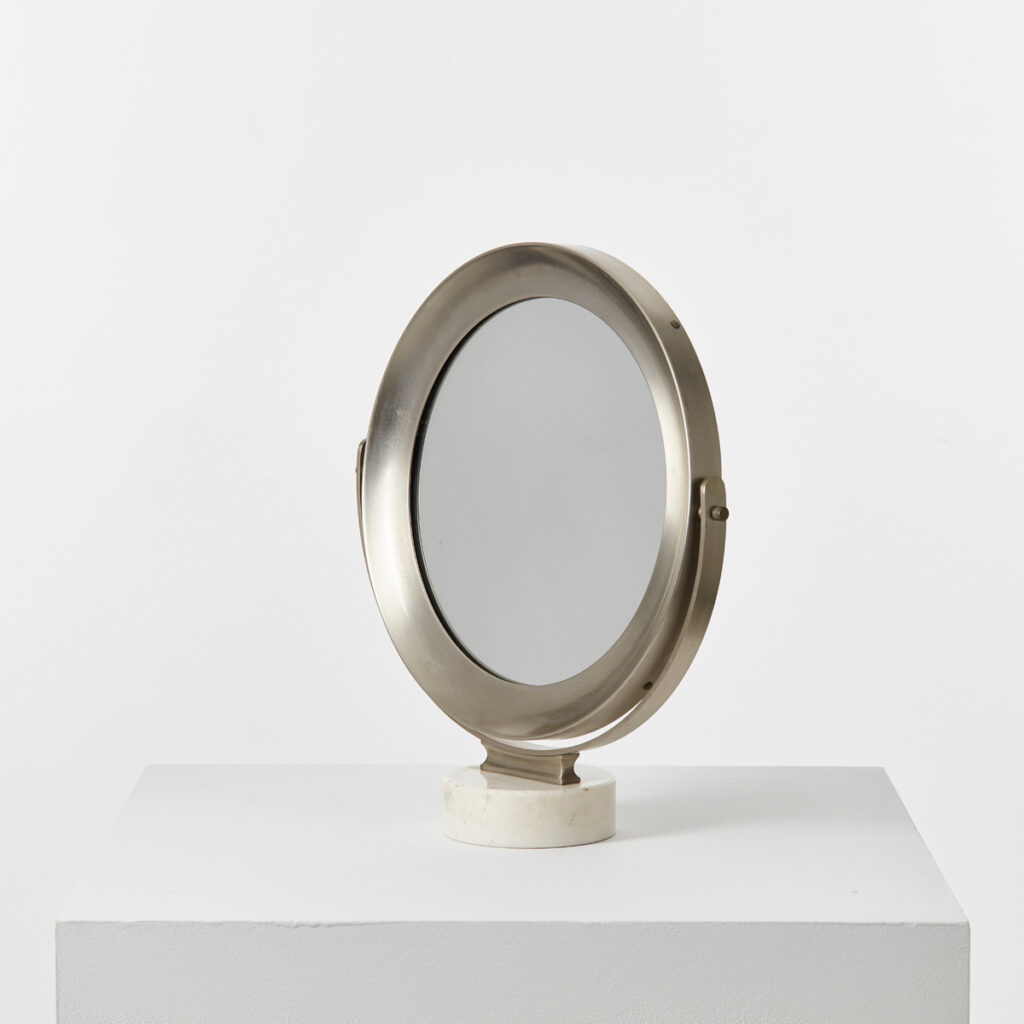 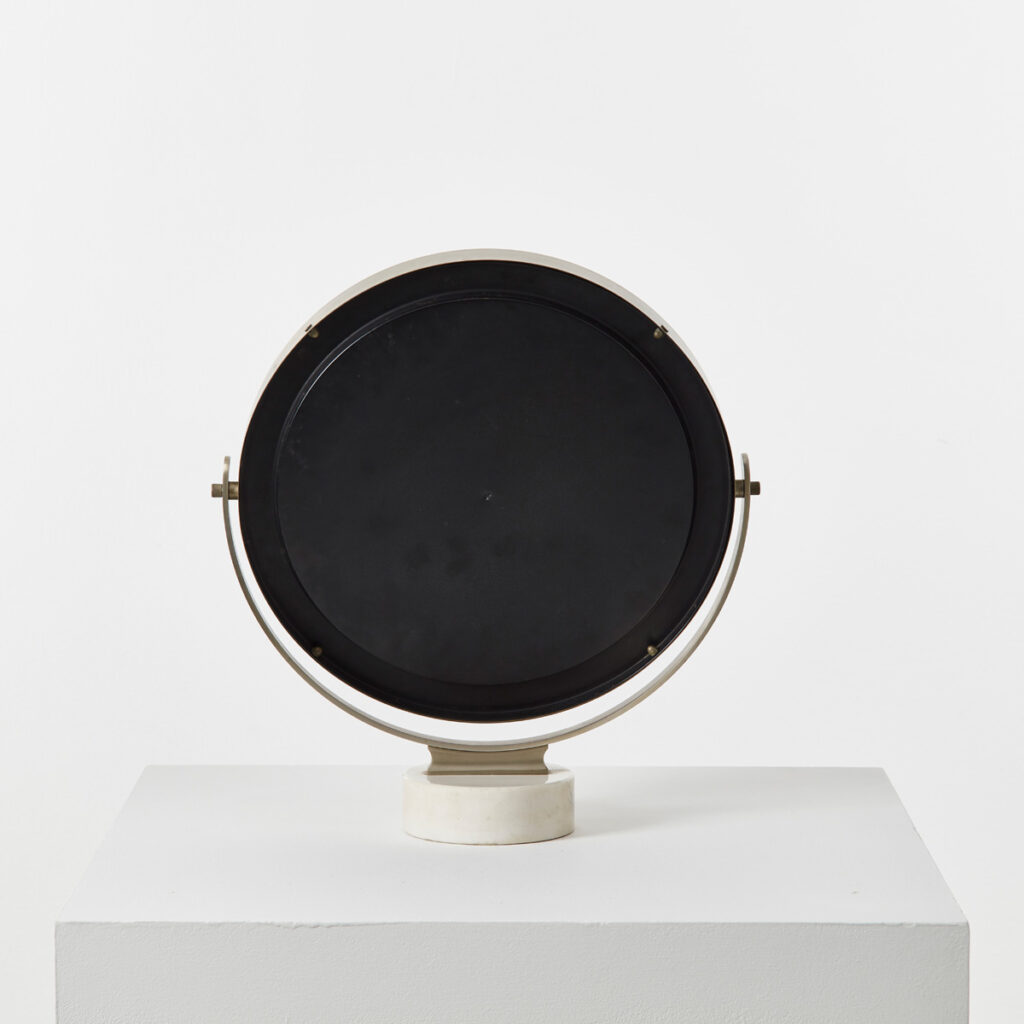 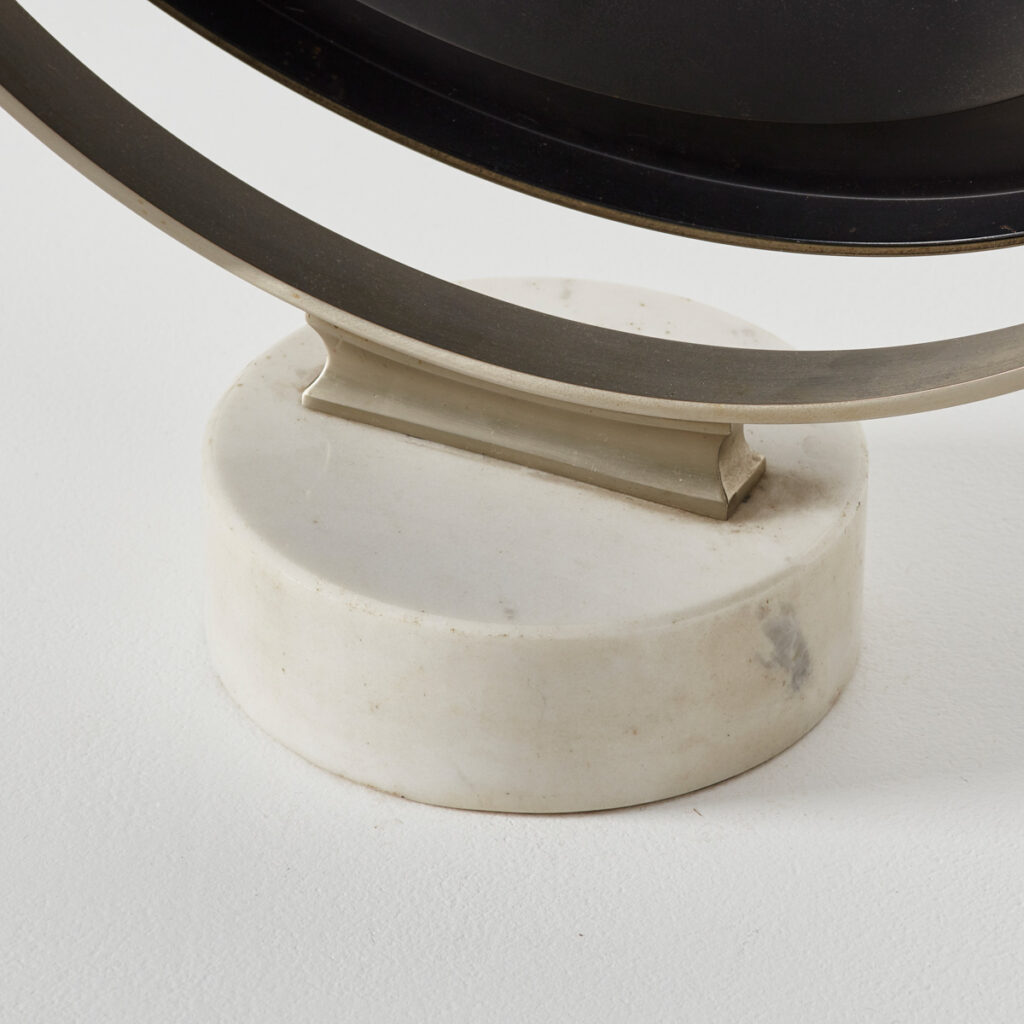 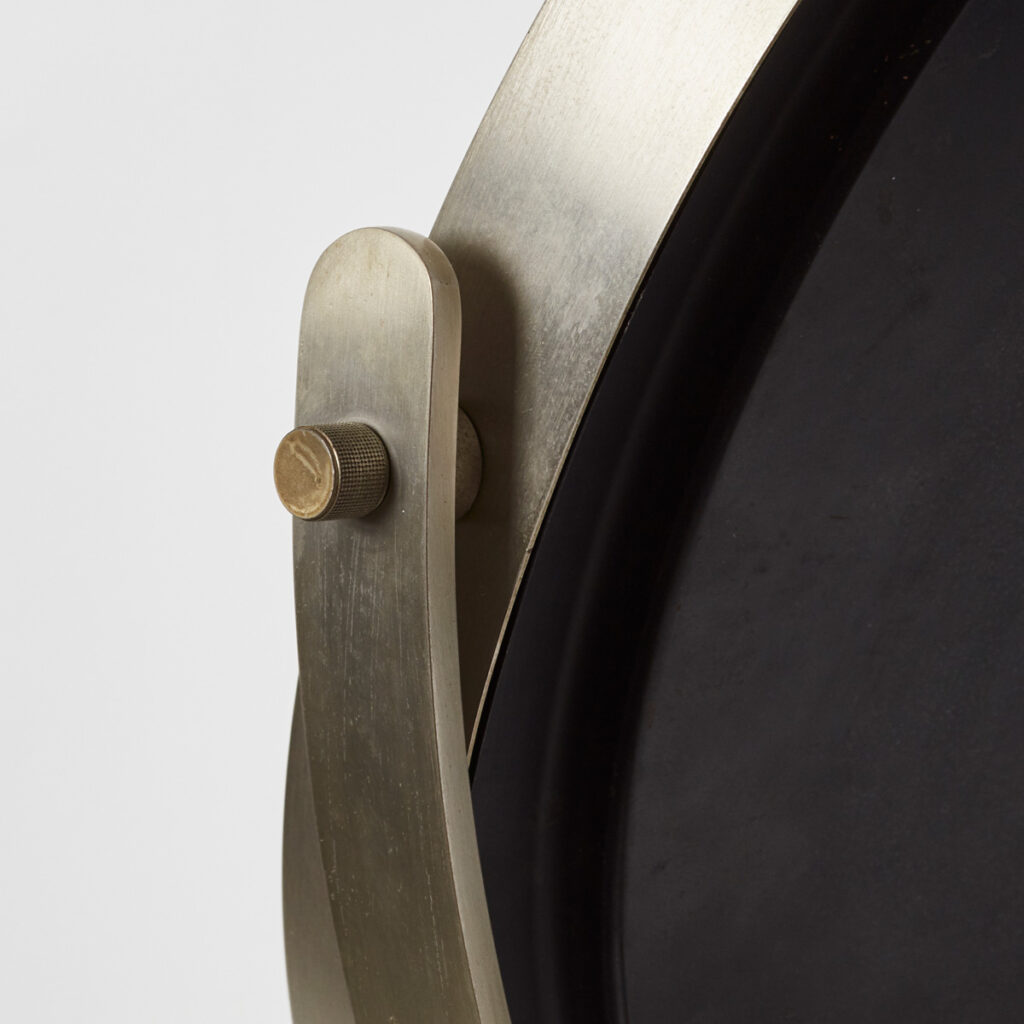 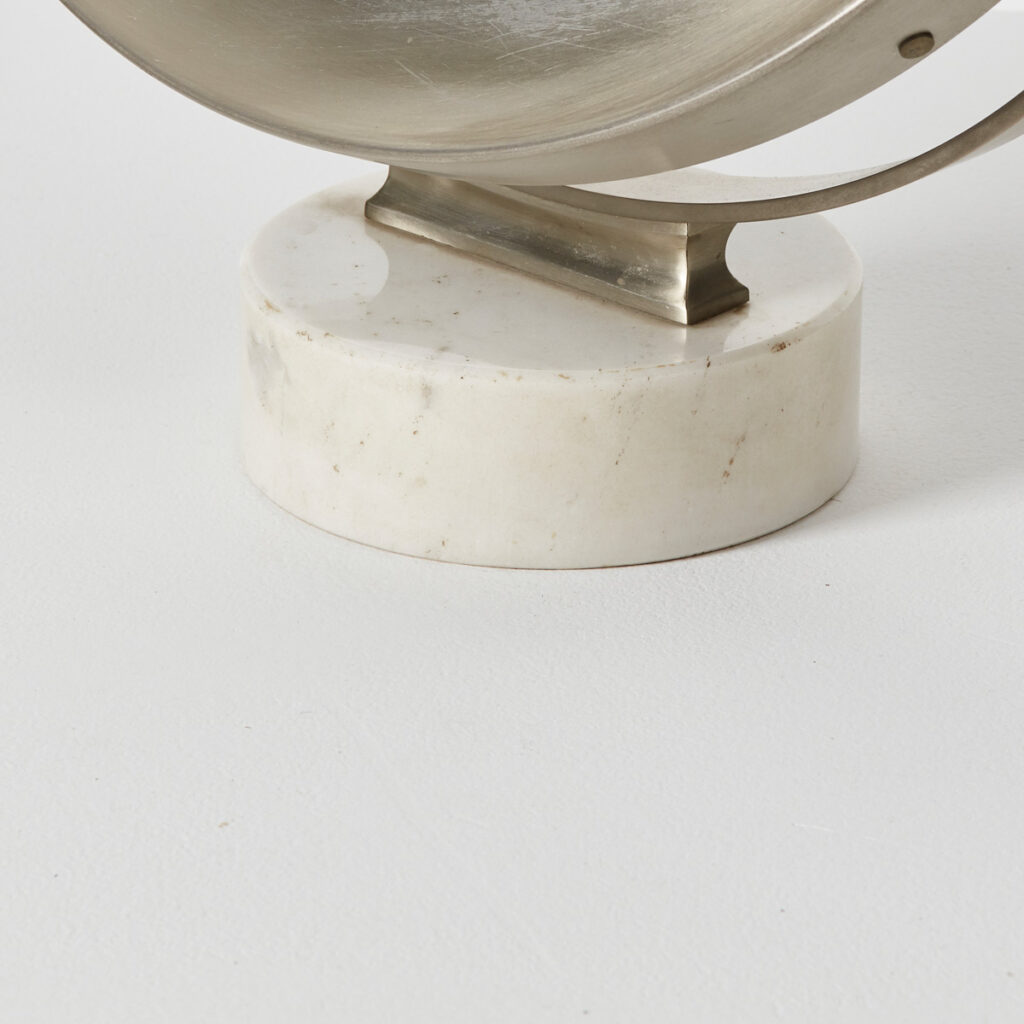 Named after the greek god ‘Narcissus’, who became infatuated with his reflection, the simplistic beauty of this piece resonates in its simplicity. Sergio Mazza was born in Milan in 1931. He studied architecture and eventually opened his practice in Milan with Giuliana Gramigna. The studio designed products for companies such as Saporiti, Poltrona Frau, Formica & Krupp. Mazza founded Artemide with Ernesto Gismondi in 1960 and although Mazza is best known for his work in lighting and plastics, his mirror designs represent a turning point in Italian design into the mid century style.

This mirror is made of metal in a brushed nickel finish on a marble base. There is minor wear and patina.