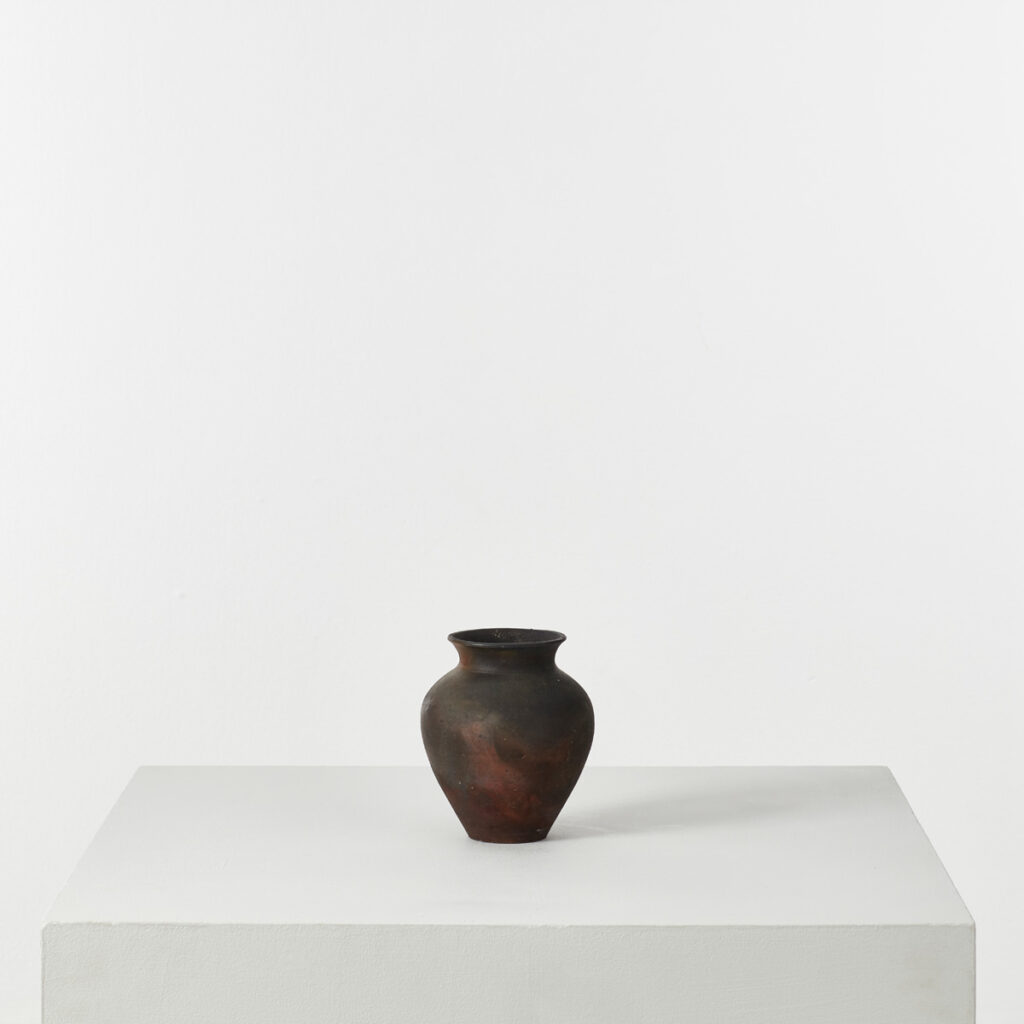 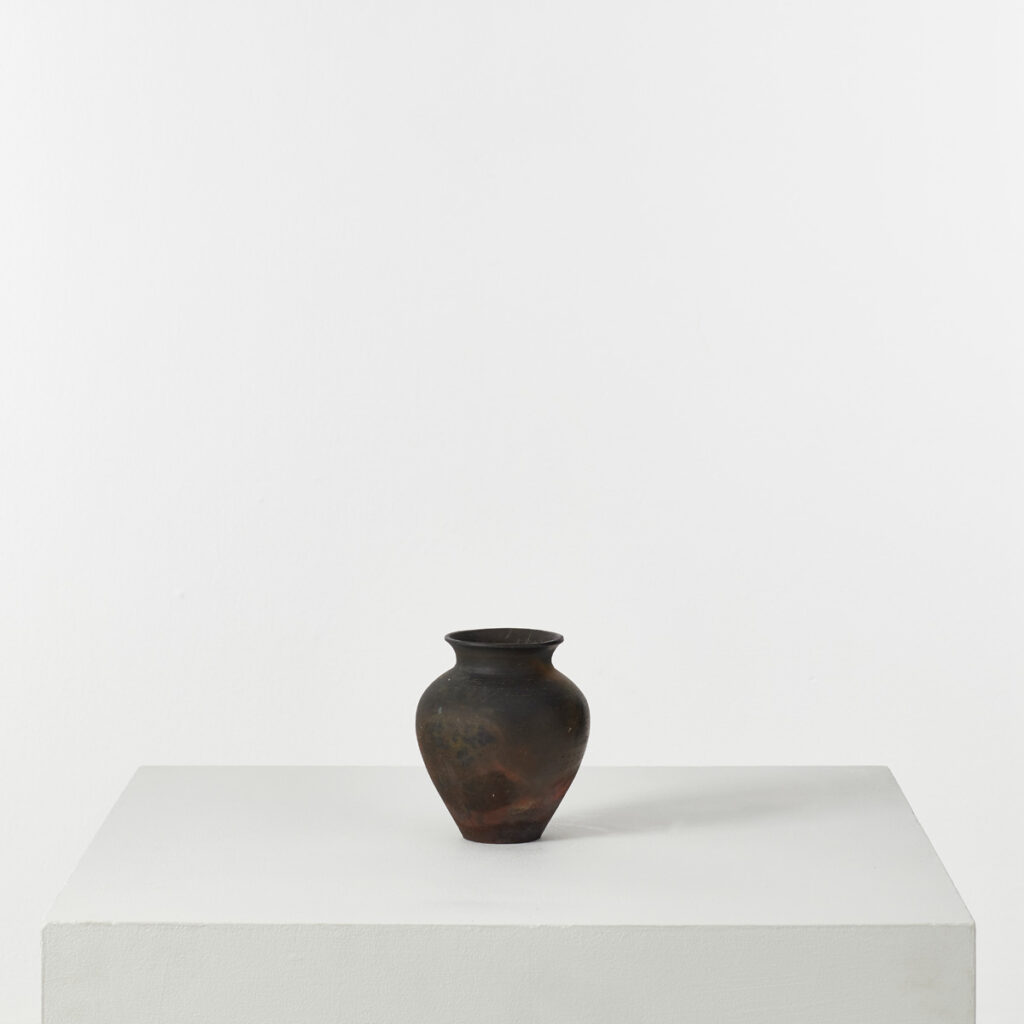 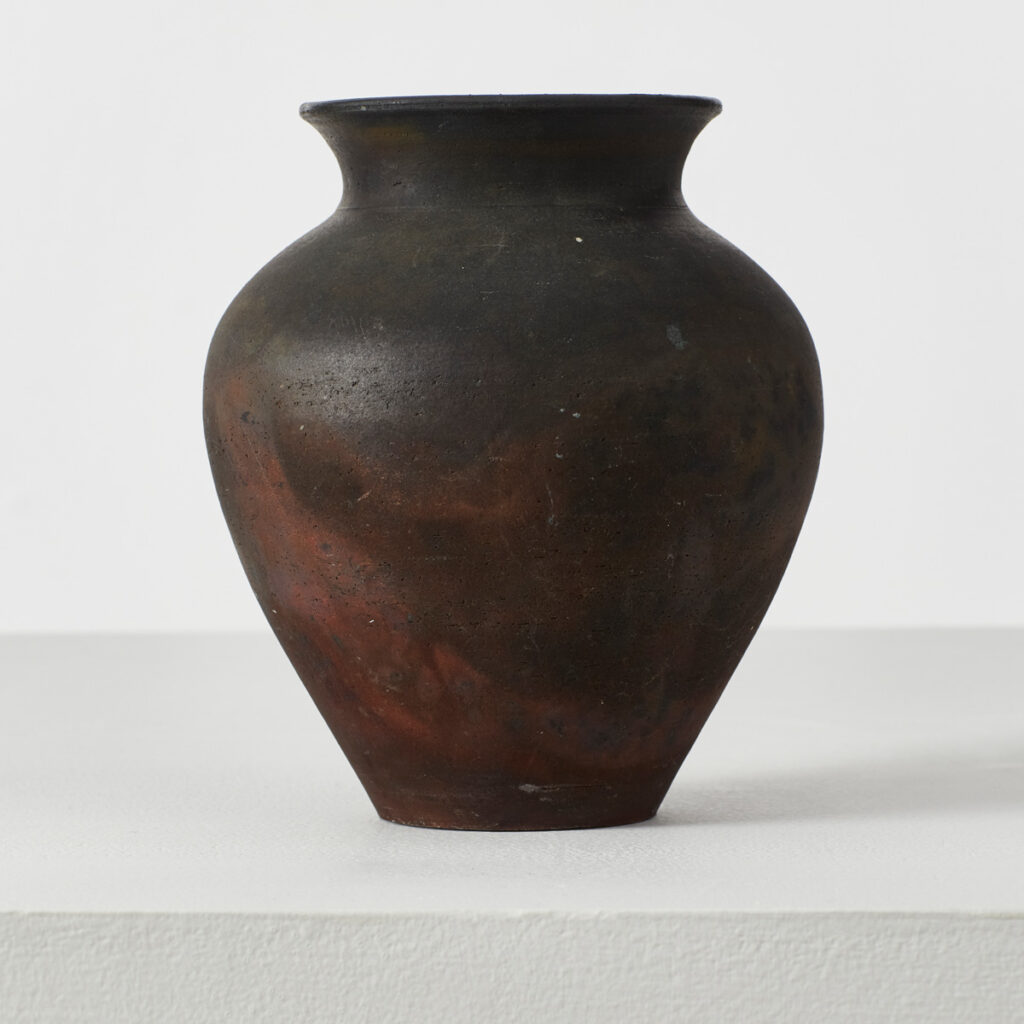 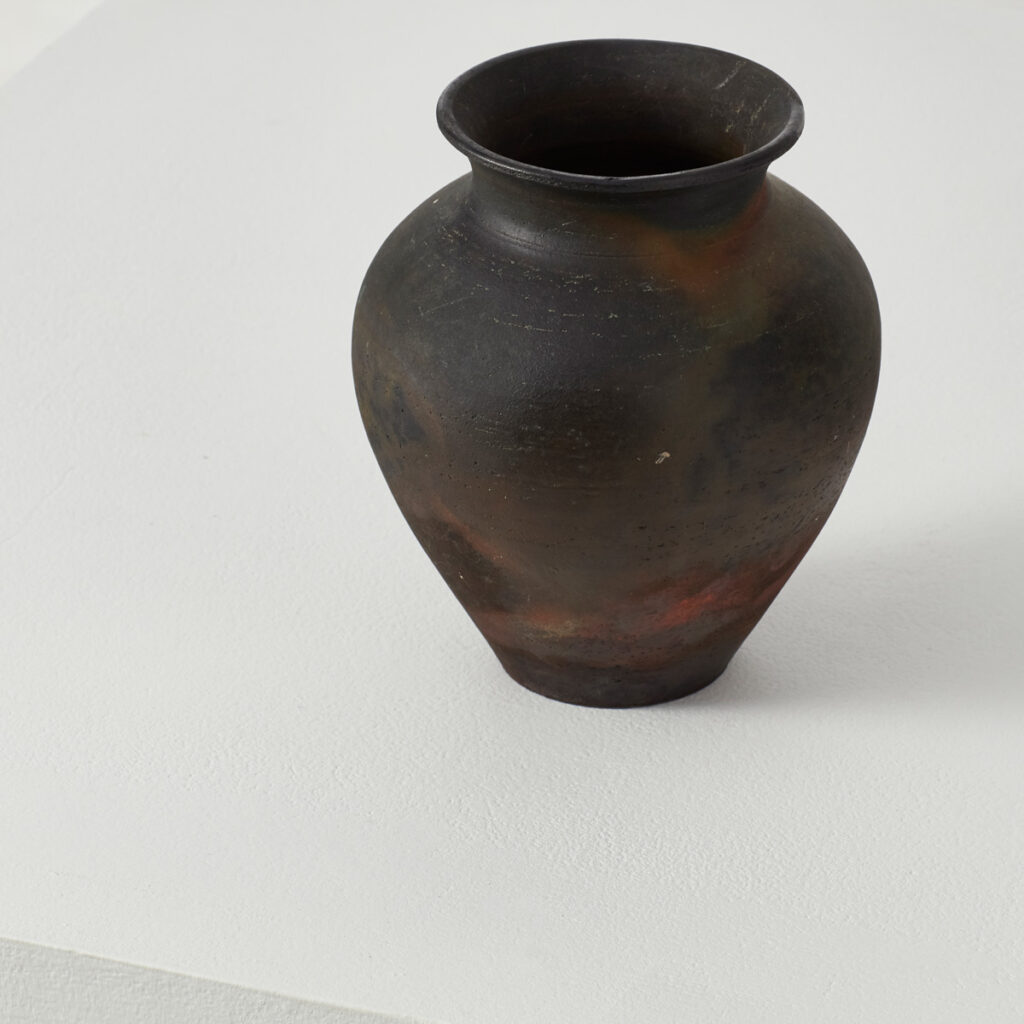 This vase has been created using the traditional Raku process used in Japanese ceramics which involves a moment of rapid cooling during the firing process. Unplanned visual effects are produced as a result, such as uneven textures and cracking – the kind of accidental aesthetics that made them appreciated in Zen Buddhist tea ceremonies.