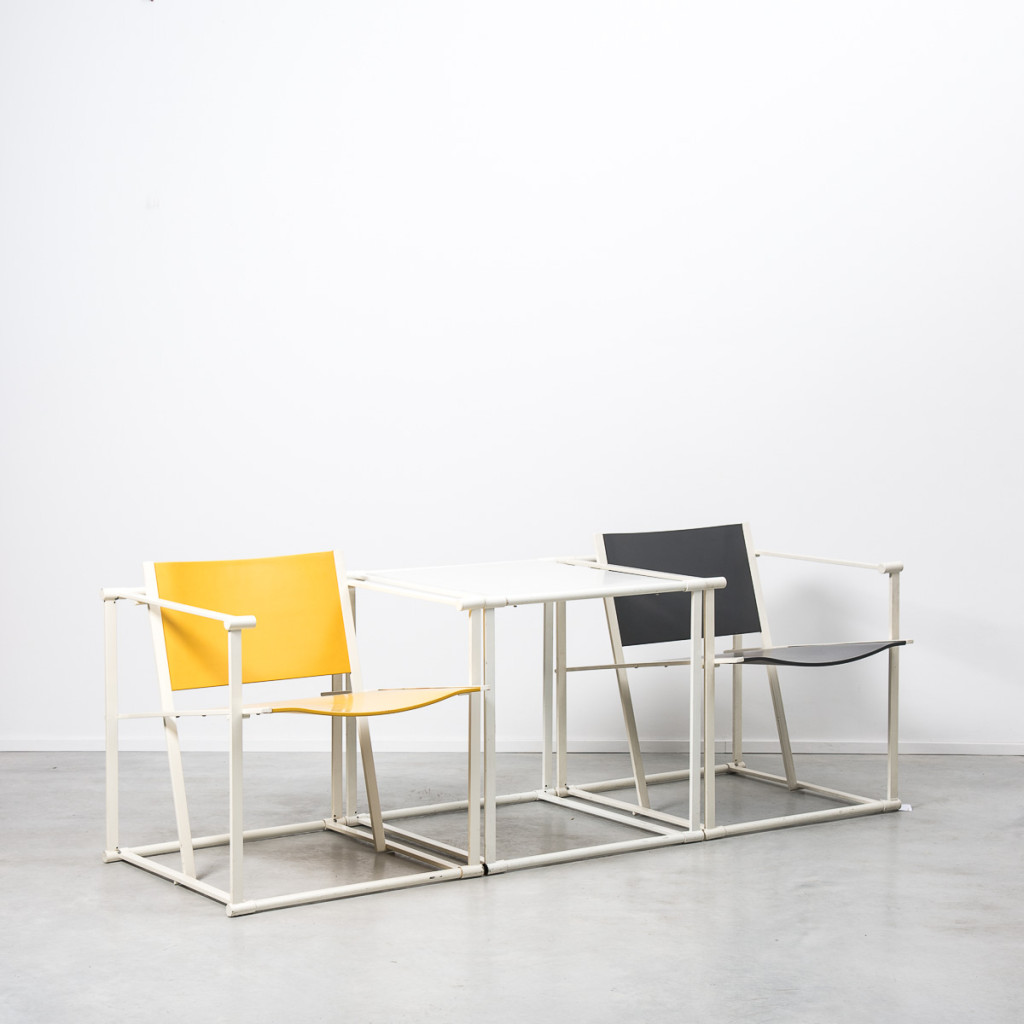 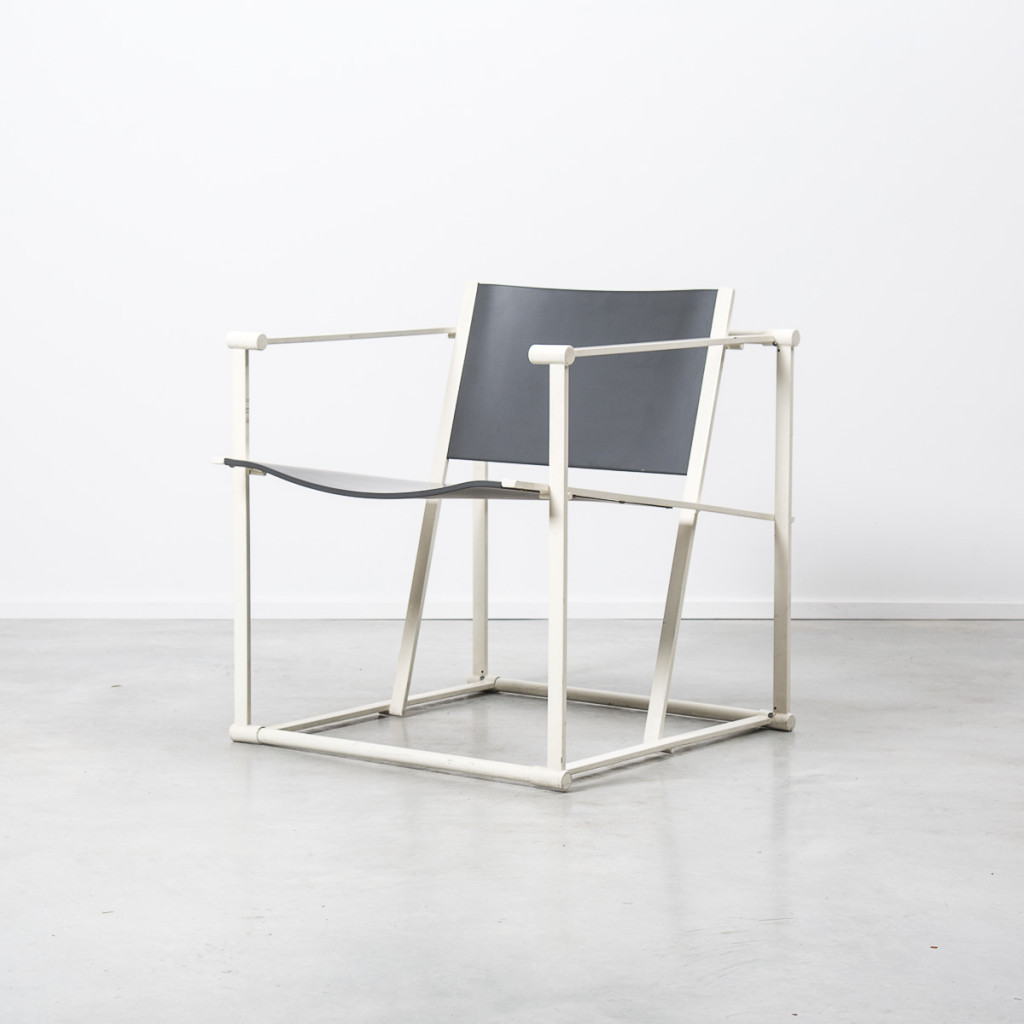 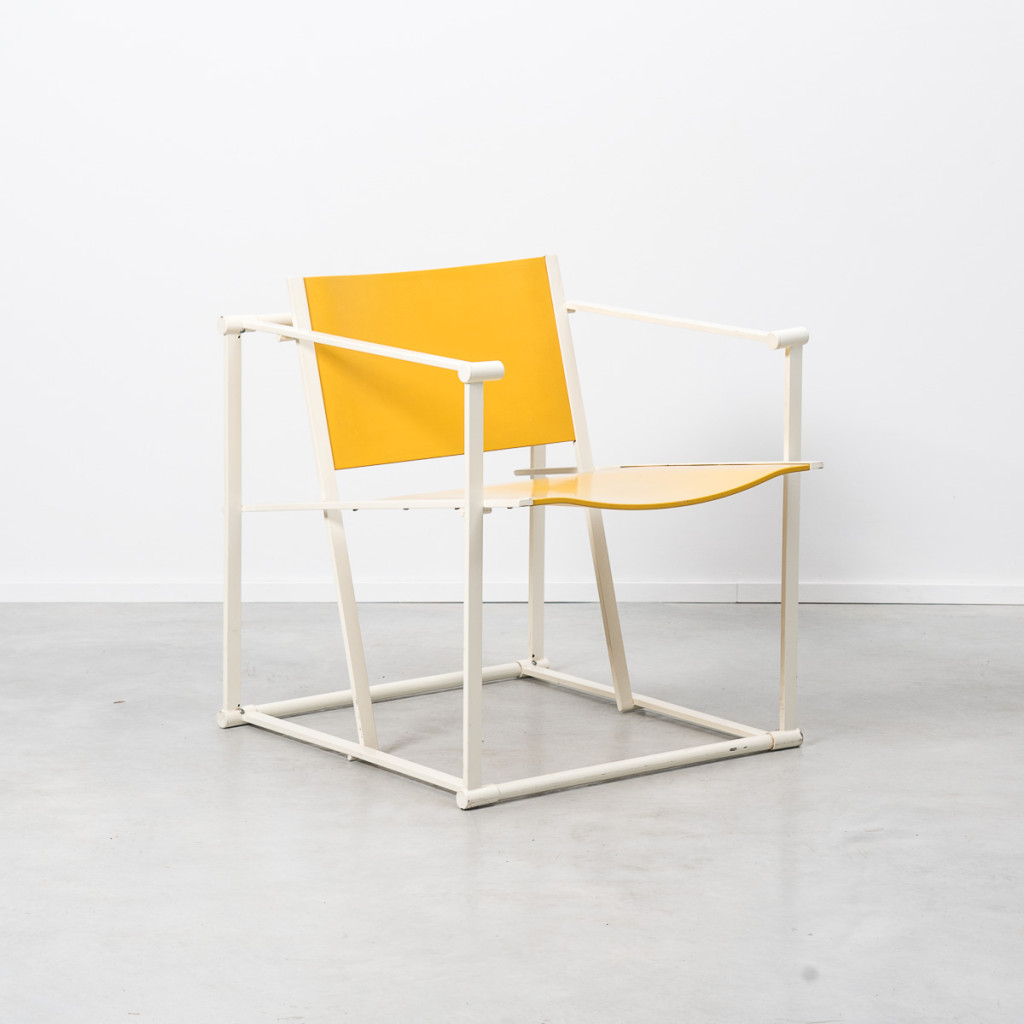 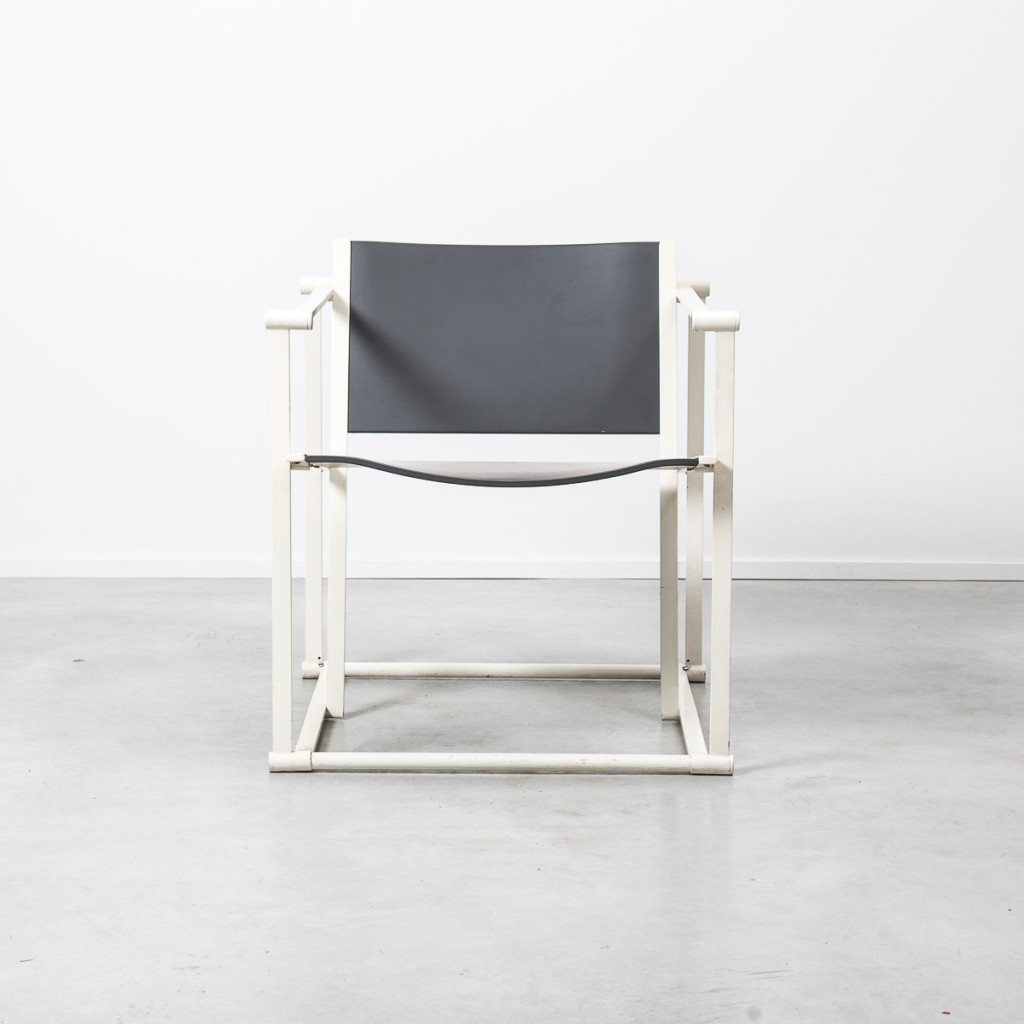 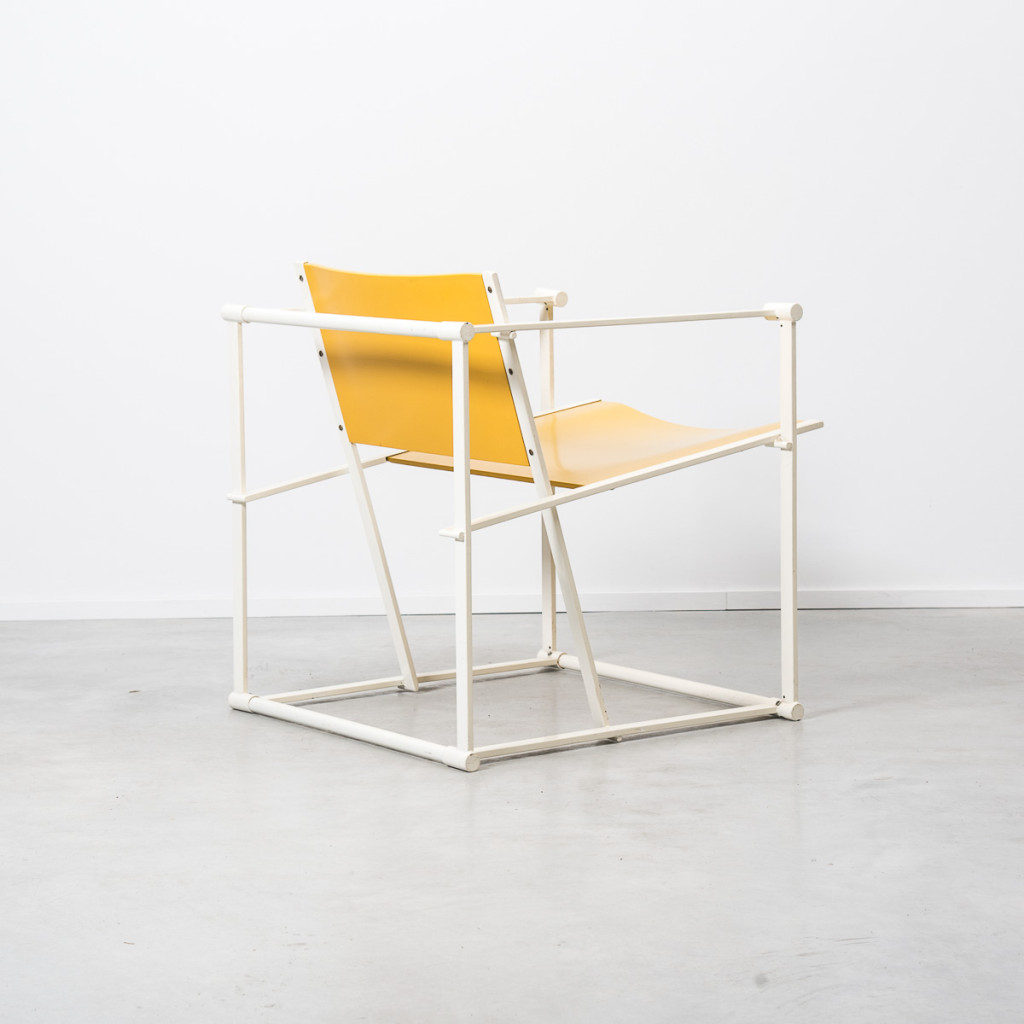 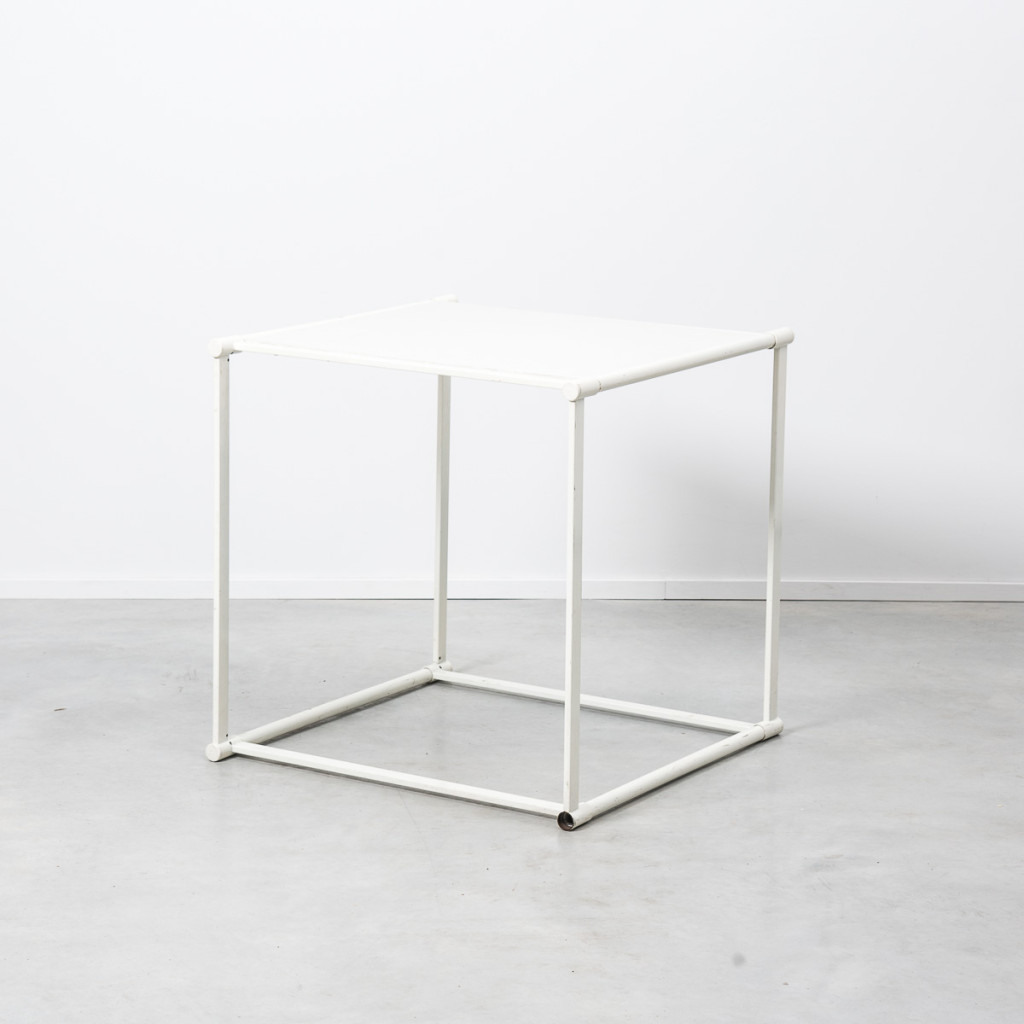 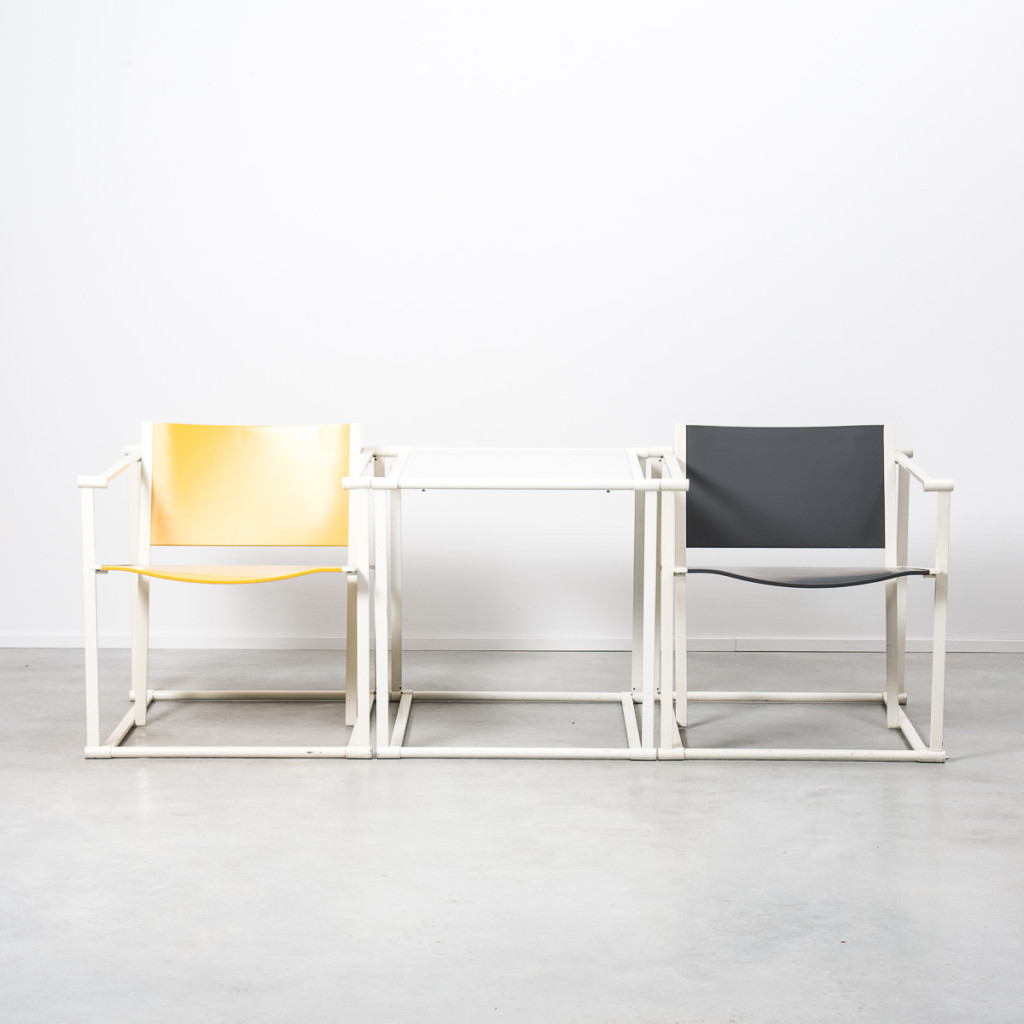 A pair of geometric chairs with matching TM61 side table designed by Radboud Van Beekum, constructed from folded steel with bent ply seating. Following in the tradition of the De Stijl movement the chair is inspired by the designs of Gerrit Rietveld, the Cube chair intended as a progression of his seminal Red and Blue chair. Van Beekum received his training as an architect at Gerrit Rietveld Academy in Amsterdam, working at various agencies, including Total Design Amsterdam and Zaanen Spanjers Architects, before becoming an author and lecturer at the Design Academy in Eindhoven.

The original FM60 cube chair was introduced in 1980 during the Triennale in Poznan, Poland. Initially it was a flatpack, epoxed frame with canvas seating in white, grey and black. From 1983 the FM61 in coloured plywood and FM62 in saddle leather appeared, delivered assembled. The FM61 was first exhibited at ‘USM Pastoe a Dutch Meubelfabriek 1913-1983’ at the Centraal Museum Utrecht. It appears in the literature Peter Vöge en Bab Westerveld, Stoelen, ‘Nederlandse ontwerpen 1945-1985’, published by Meulenhoff, 1986, page 146. The chair is no longer produced, but it remains on display in the permanent collections of Stedelijk Museum Amsterdam and Technical University Delft.