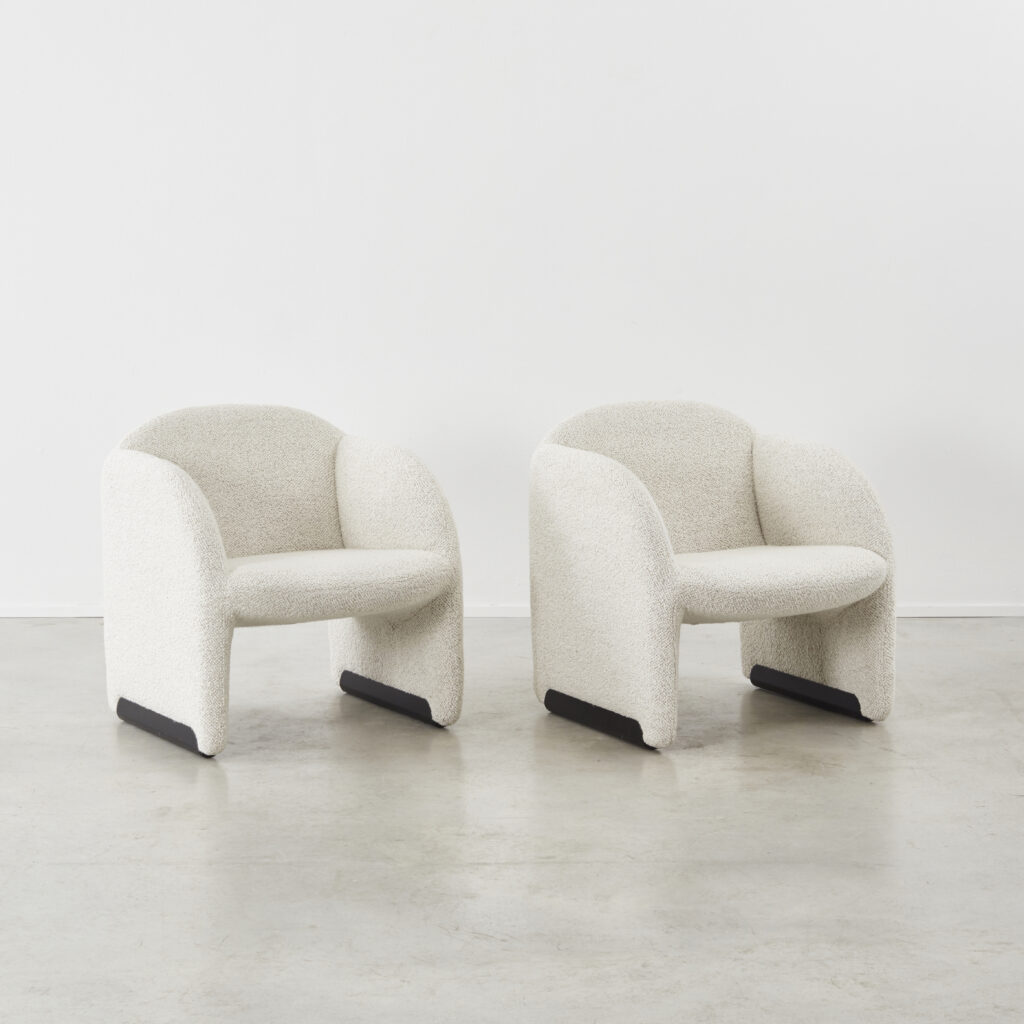 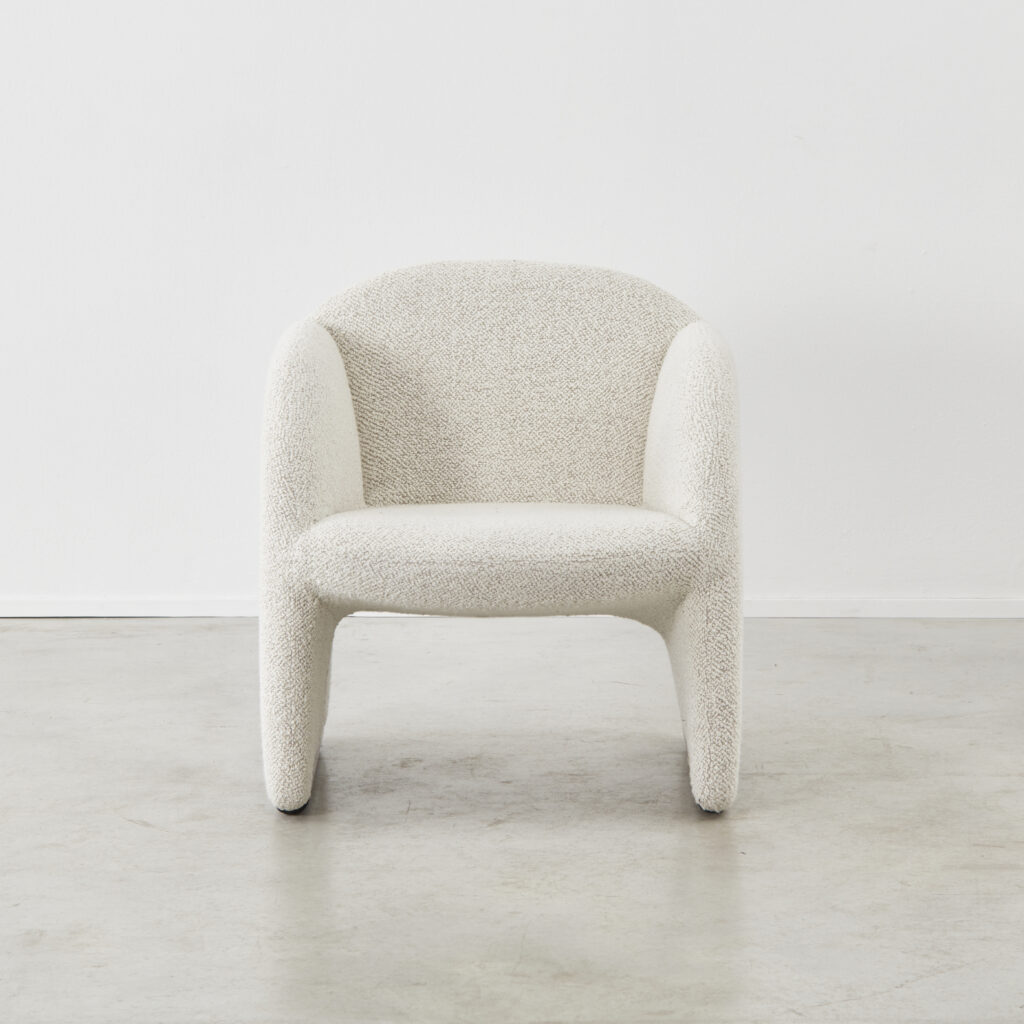 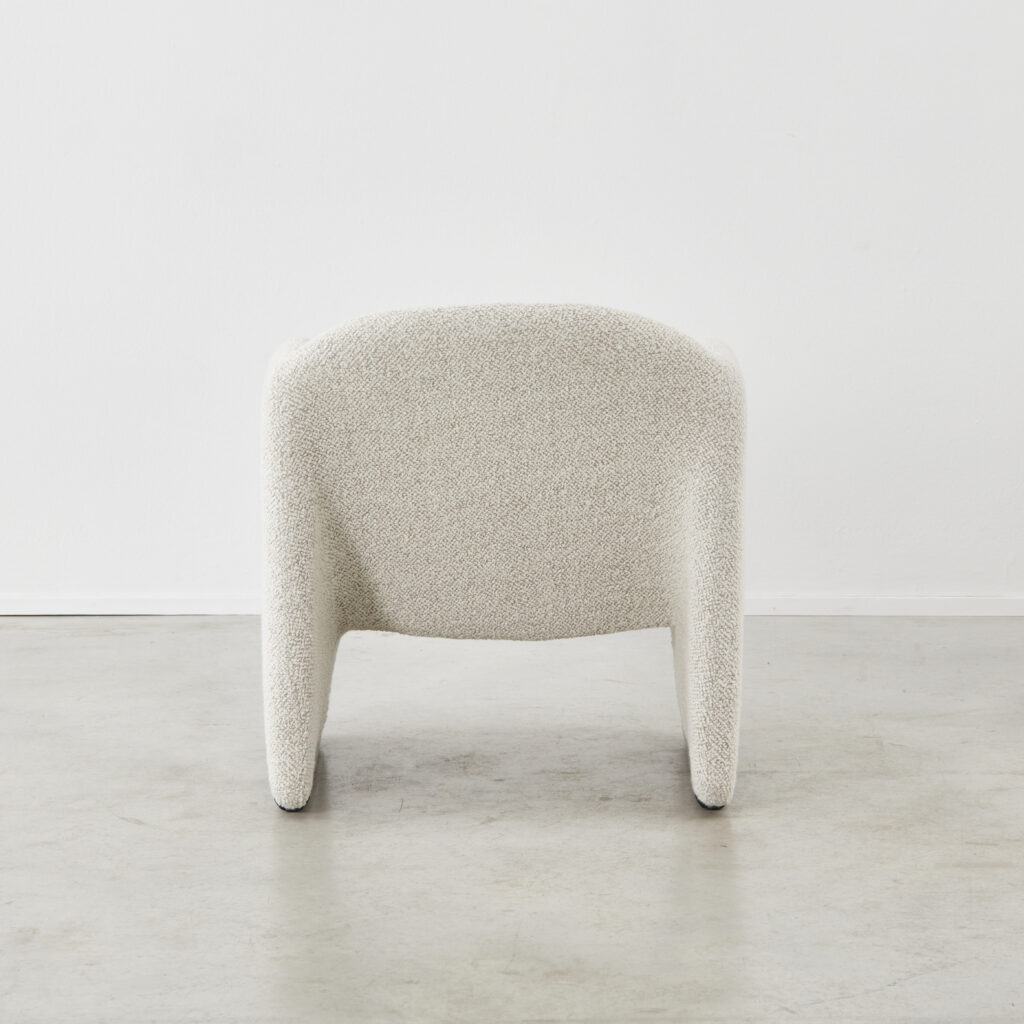 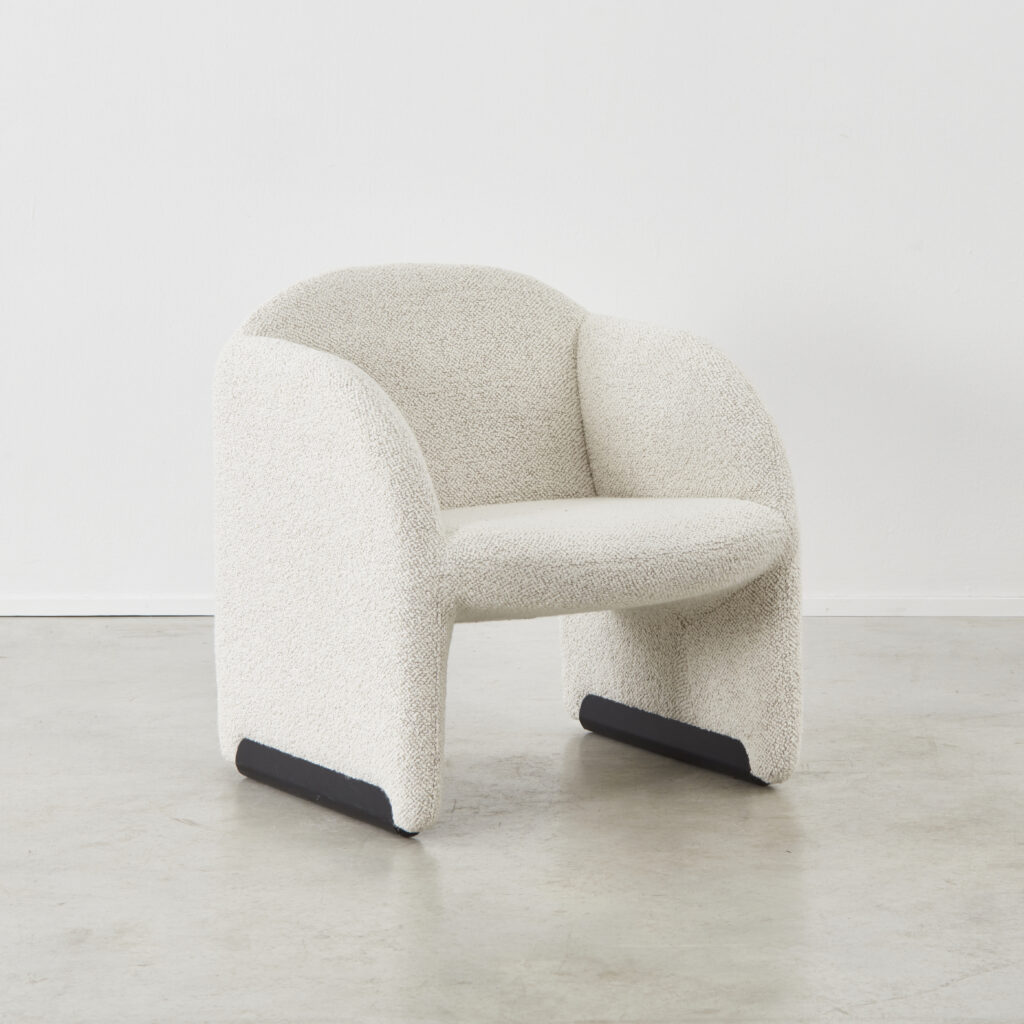 In the 1950s, Artifort’s head of design Kho Liang Le recruited Pierre Paulin, a French designer known for his redesign of the Elysée Palace and the offices of François Mitterrand. Paulin said of his time at Artifort: “It represented the first full expression of my abilities. I considered the manufacture of chairs to be rather primitive and I was trying to think up new processes”. These included innovative foam structures over tubular frames, covered in stretch fabrics. The resulting forms were space age, sinuous and heralded a new hedonism in interior living – the low slung lounging of the 60s and 70s.

In 1991 Pierre Paulin enriched this classic foam collection with a comfortable, more business-like chair, the Ben, named after an Artifort colleague. The Ben chair unites comfy seating pleasure with a slim, more upright design. Reupholstered in French linen wool bouclé, the aluminium sledge base showing signs of use.