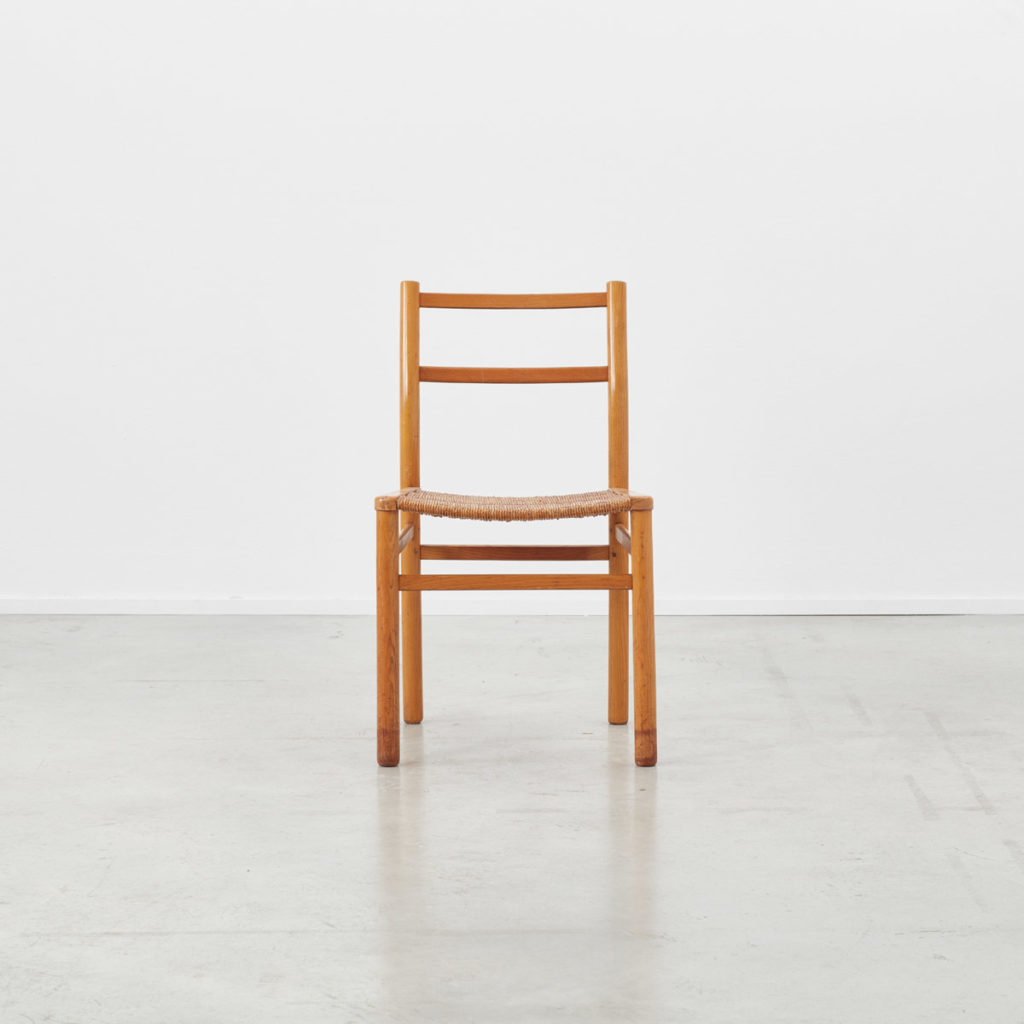 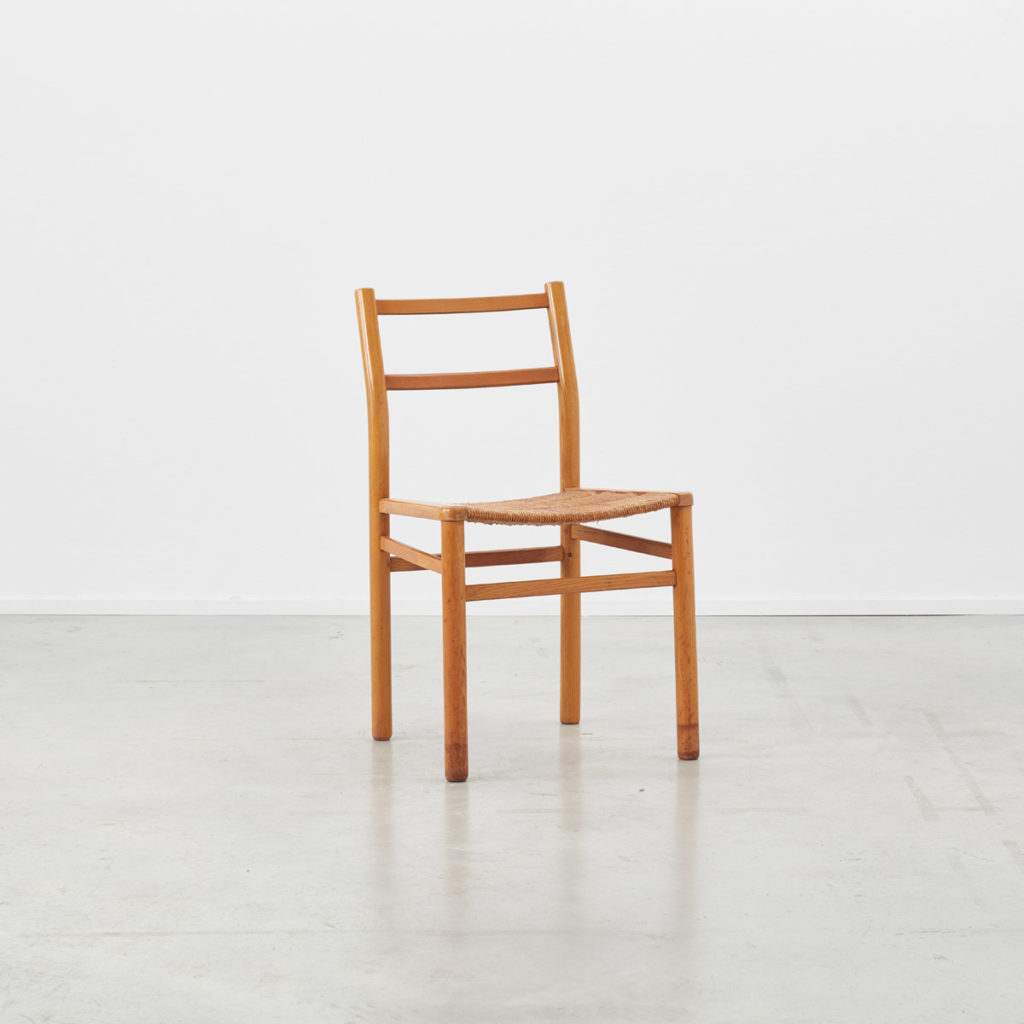 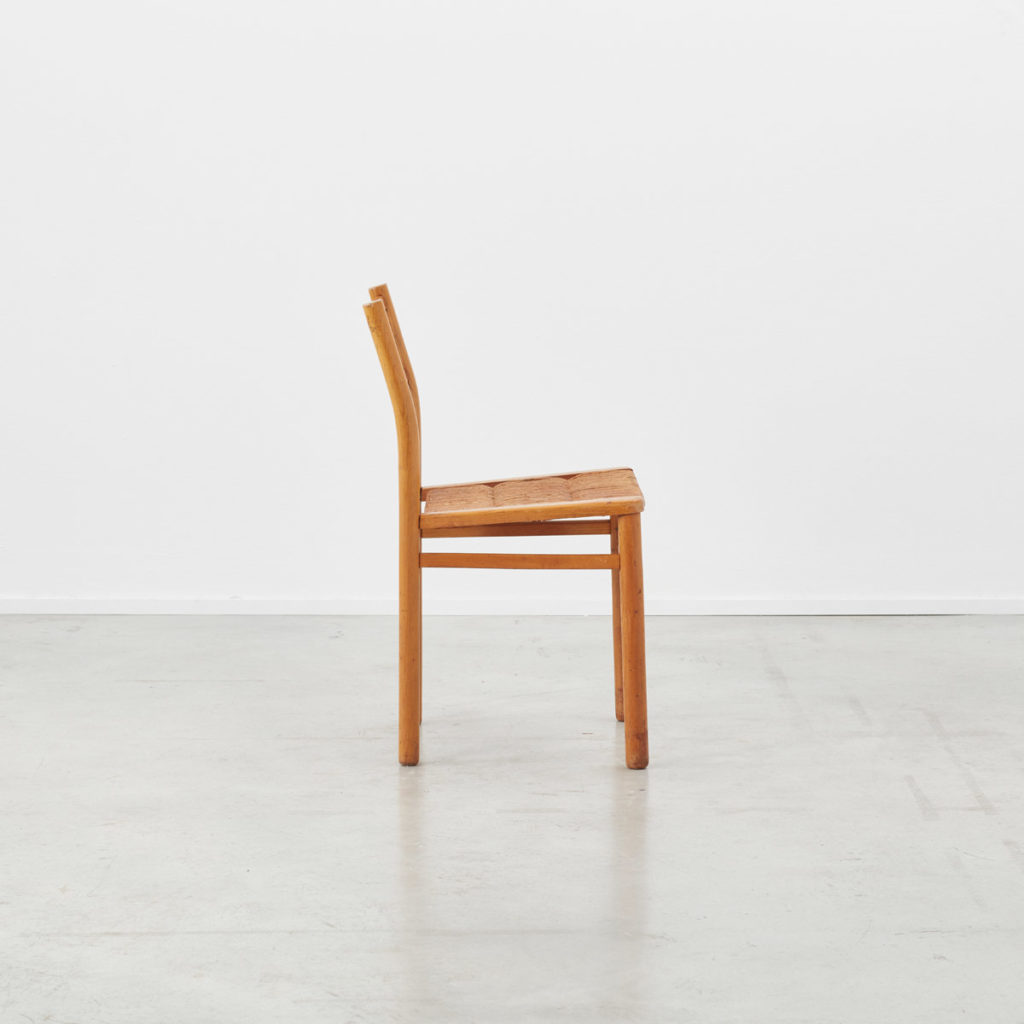 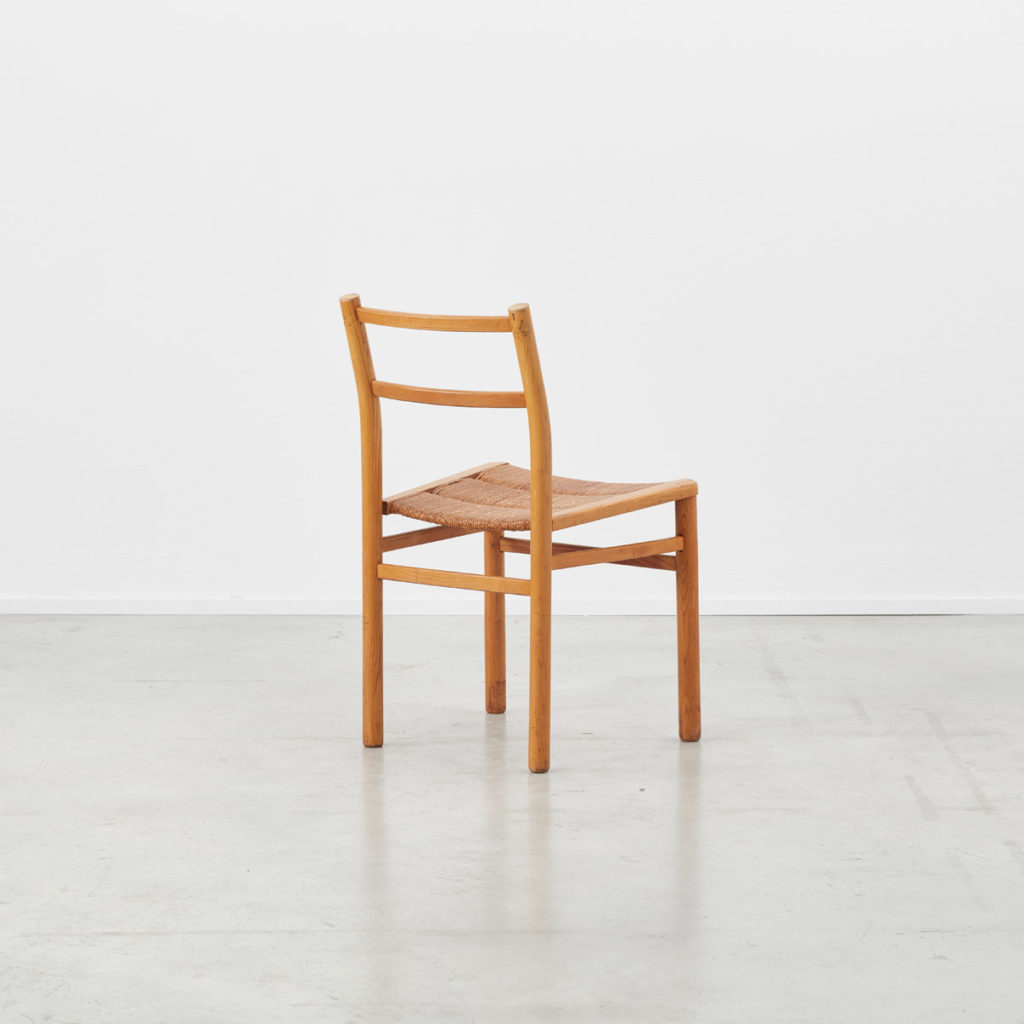 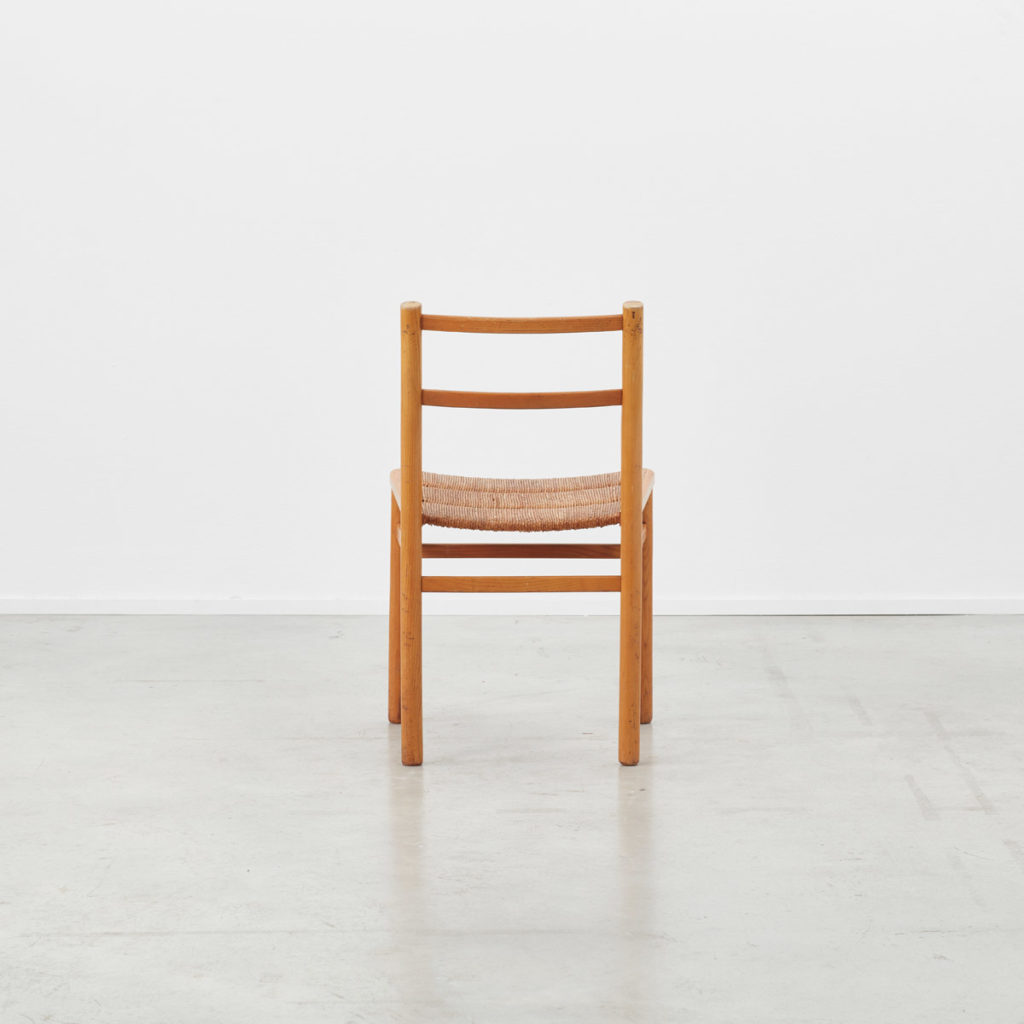 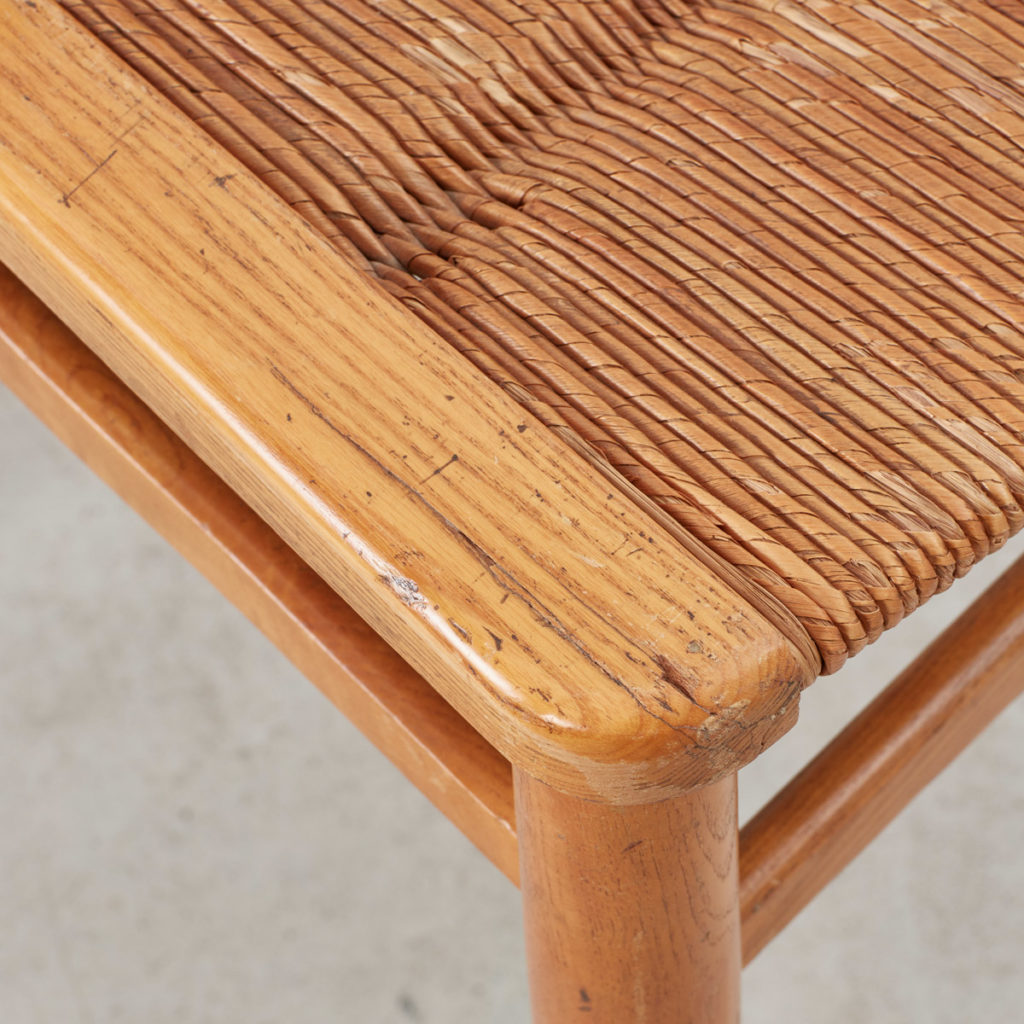 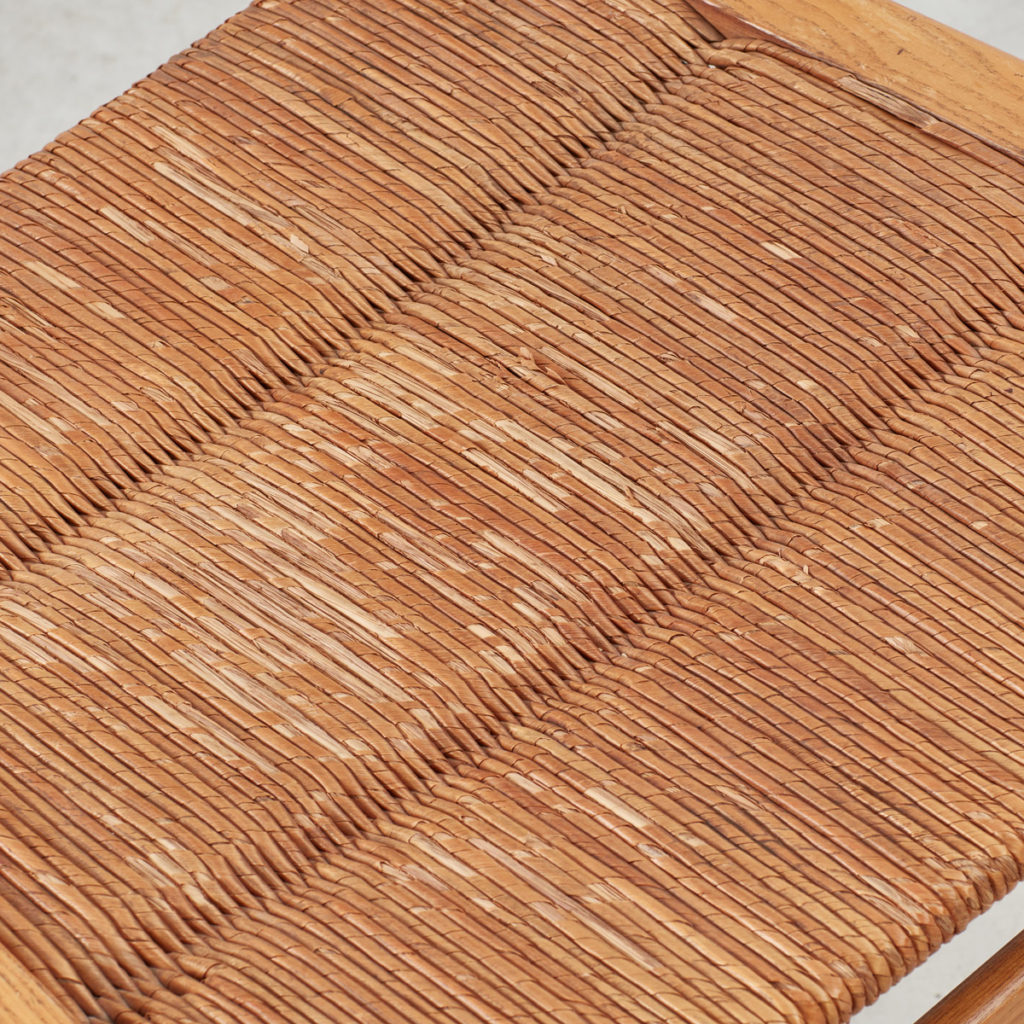 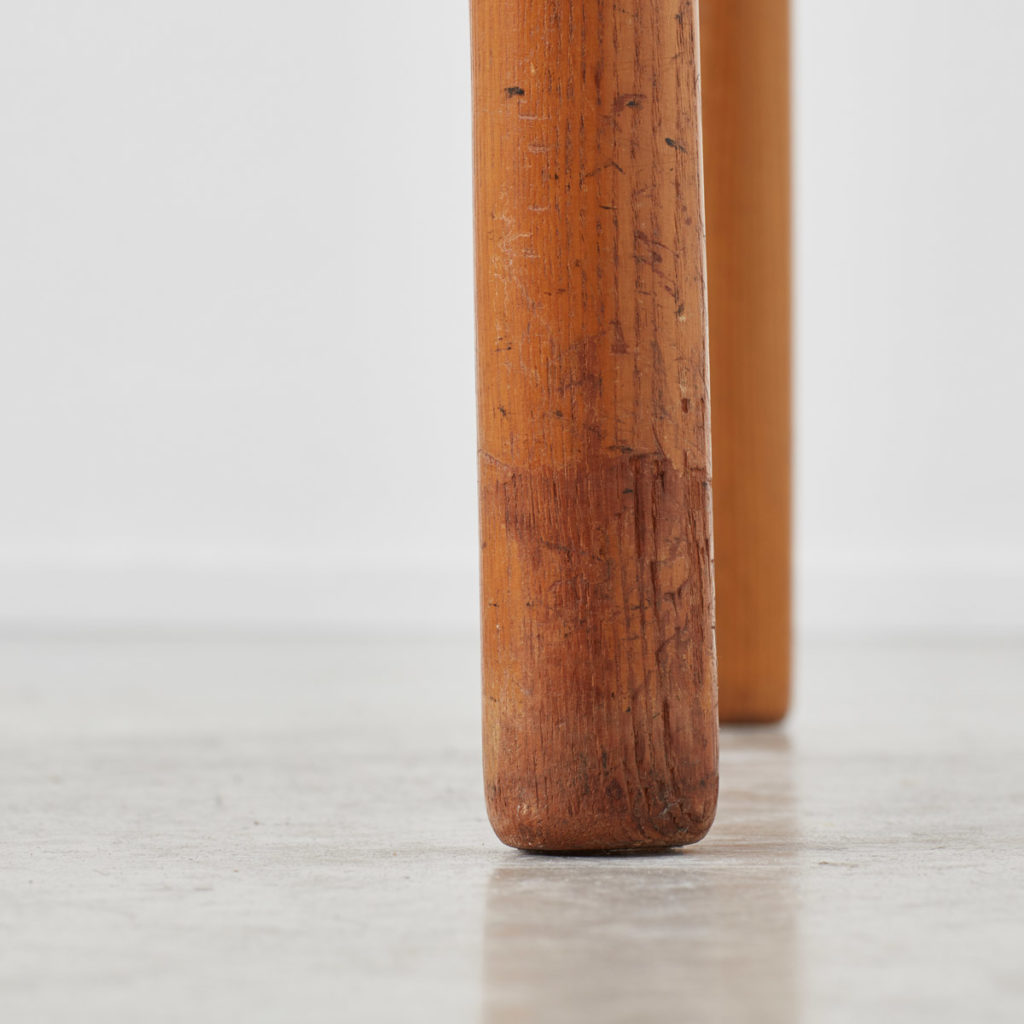 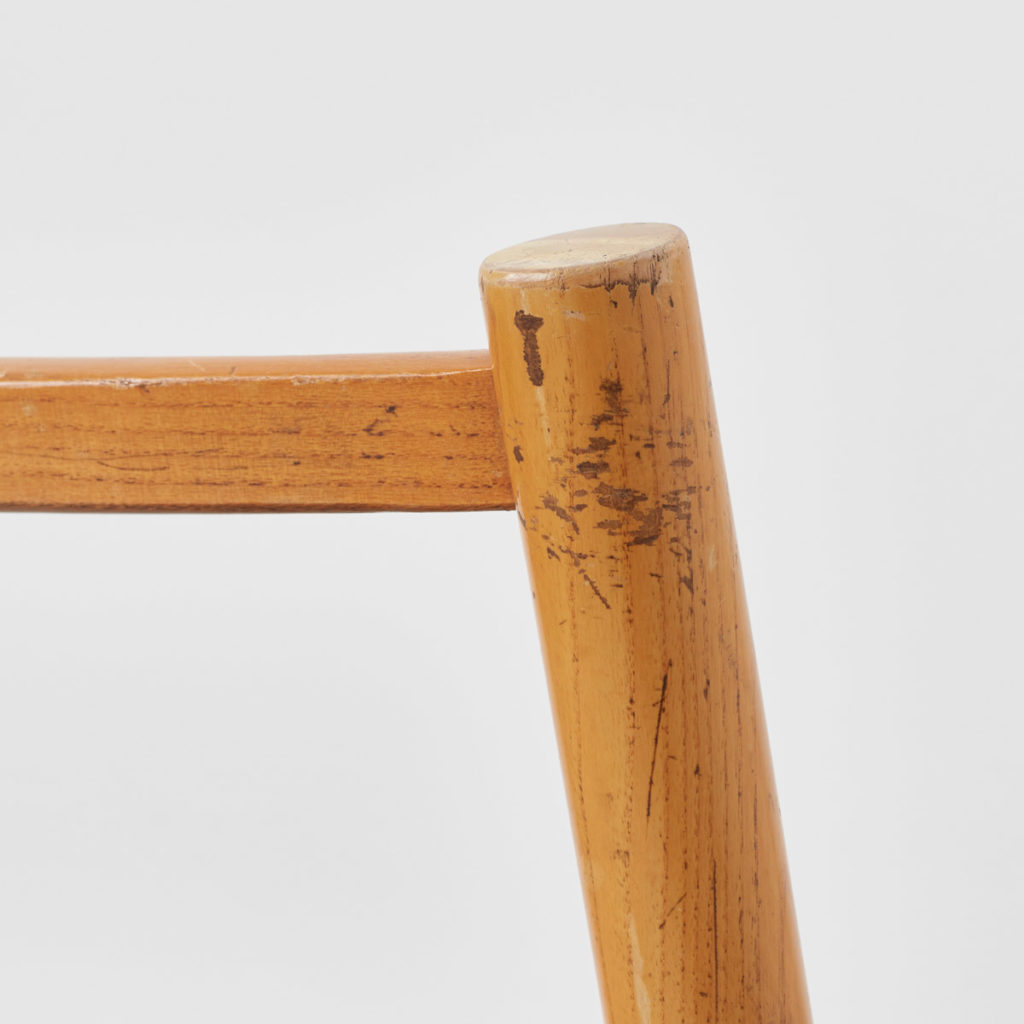 Gautier-Delaye was inspired to design these after watching traditional French craftsmen work exclusively with wood and rush. These are from his Weekend series, taking modern lines while keeping traditional craftsmanship visible and raw. Made from elm and rush. The wooden grain shows nicely and they are still in excellent condition. They have been structurally repaired at the joints, which is apparent.