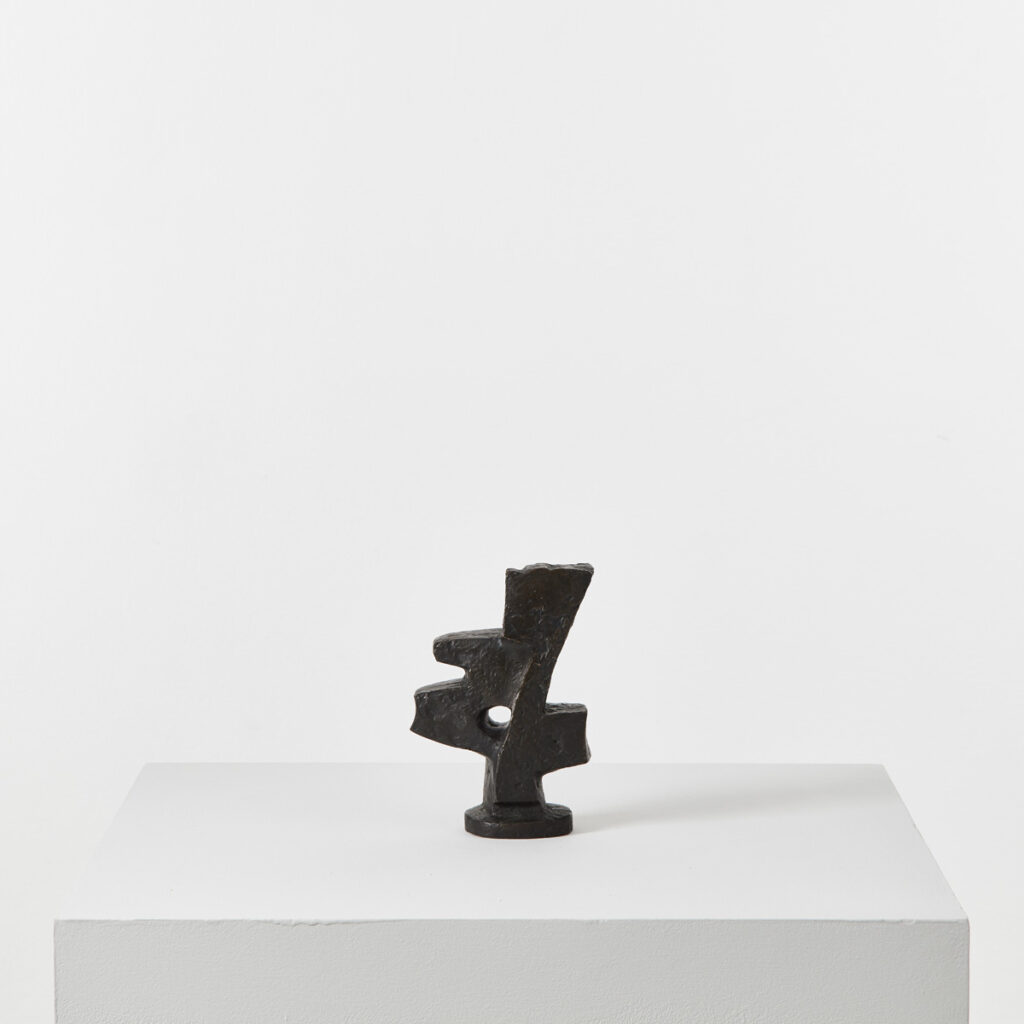 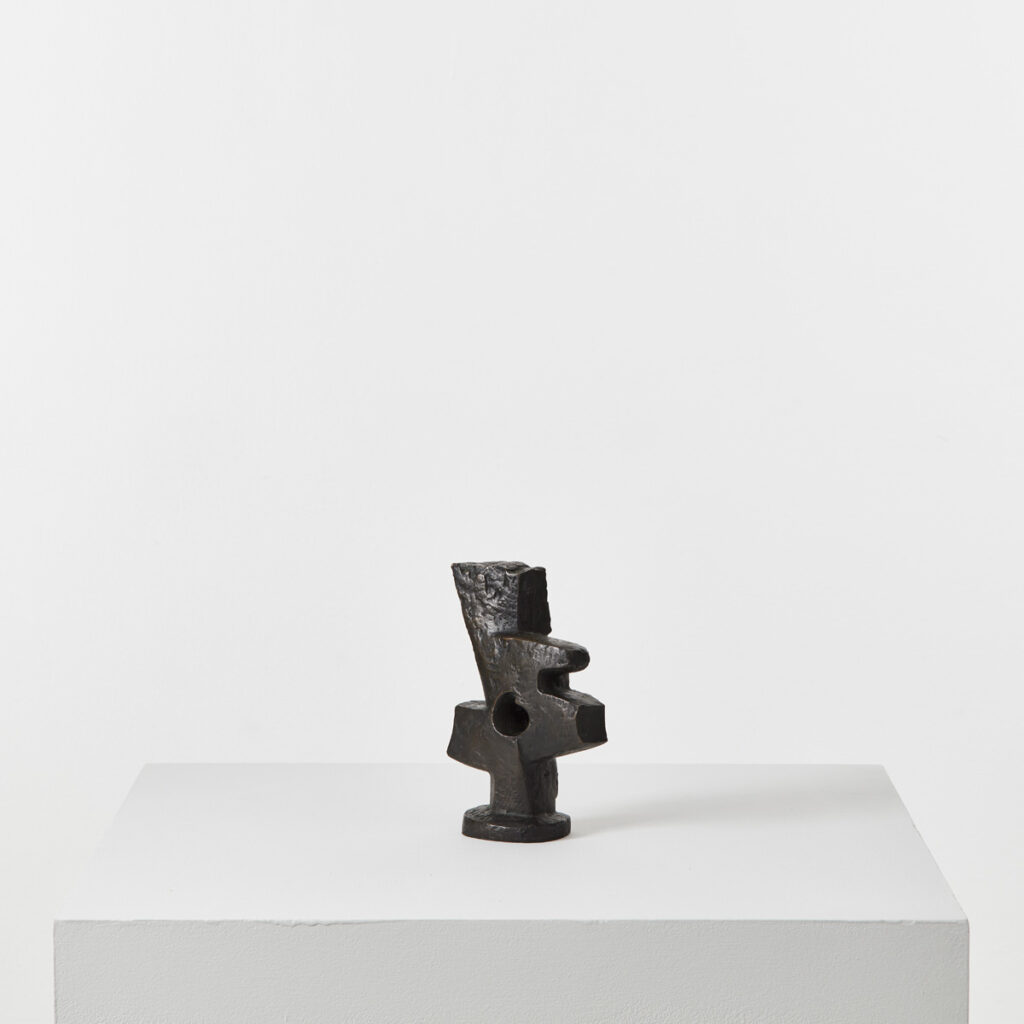 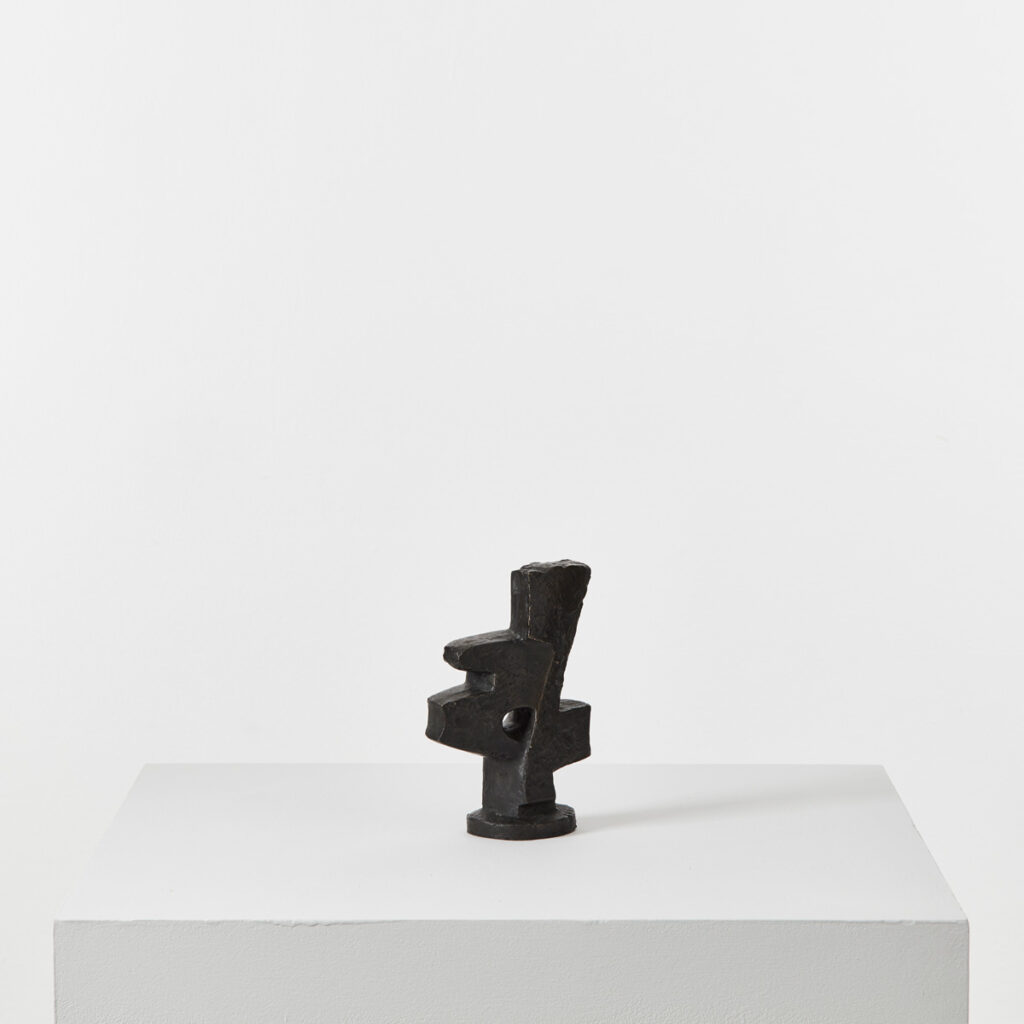 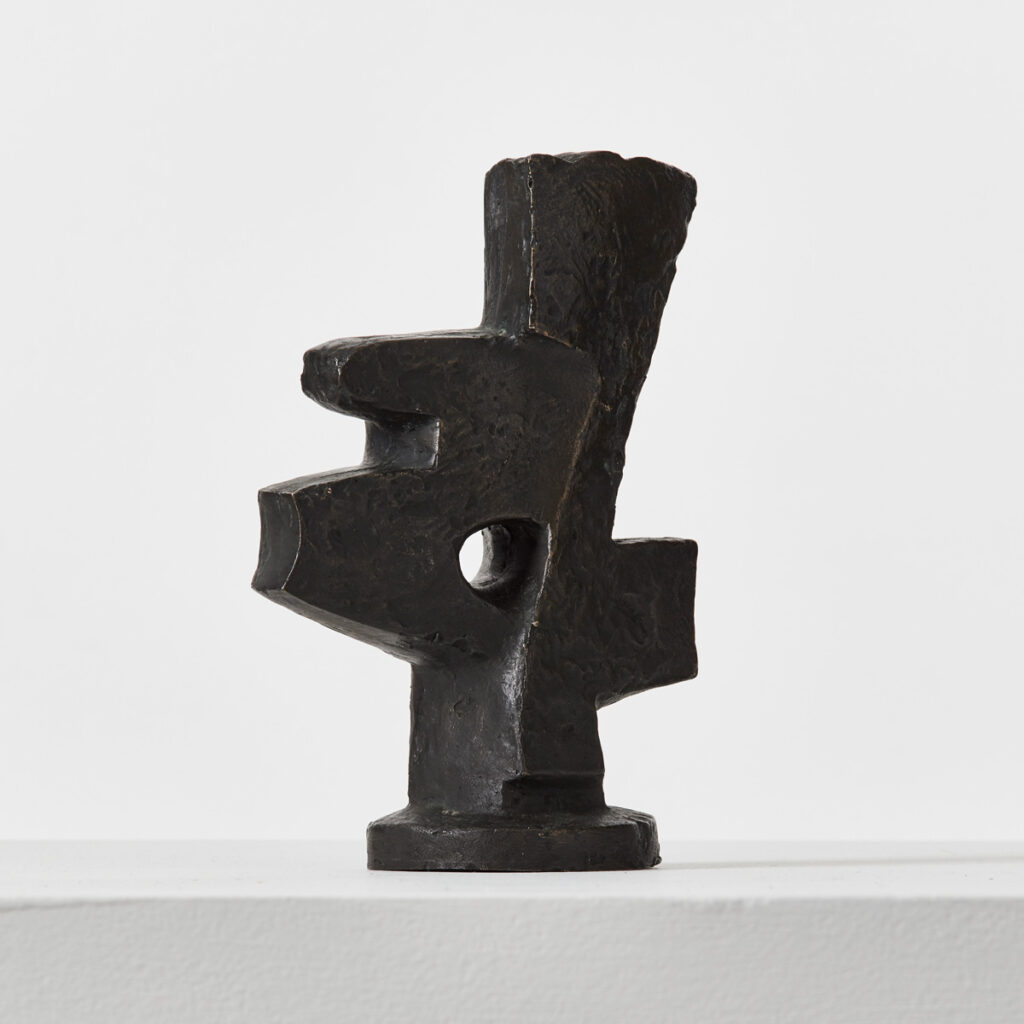 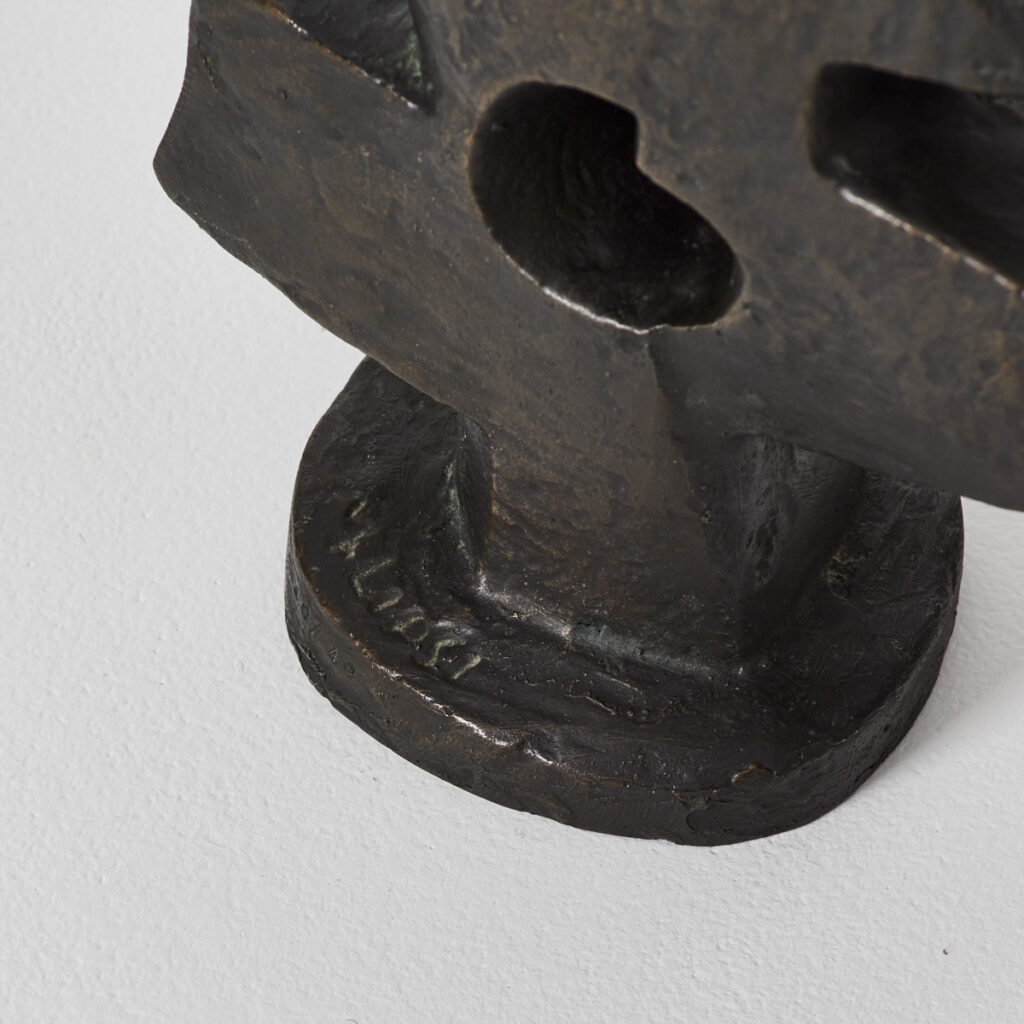 Modest in size but mighty in visual impact, this abstract figurative piece is by one of France’s masters of monumental sculpture. In the post-war period, Morice Lipsi (1898-1986) was commissioned to produce numerous stone statues for public spaces around the world, including France, Germany, Italy, Israel and Japan.
Lipsi left his Polish homeland for Paris aged fourteen. He learned to sculpt in ivory and
resided in the artist colony ‘La Ruche’ alongside Marc Chagall and Chaim Soutine. After
escaping to Geneva during the Second World War, he spent time with fellow sculptor Alberto Giacometti, and began to embrace a more abstract style. He rose to prominence in the 1960s and was made a Knight of the Legion of Honour in 1984.

Patina consistent with age. Signed and numbered edition 40/40 on its bronze base.