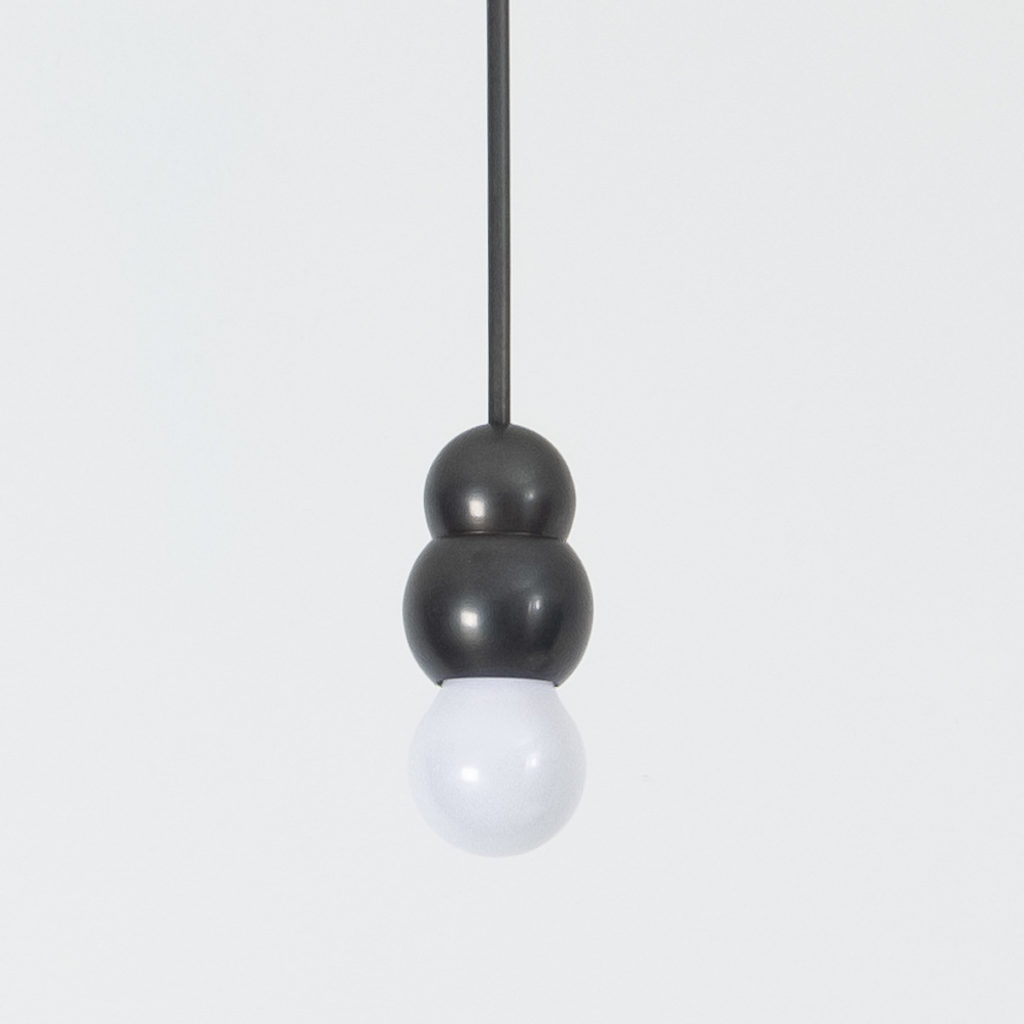 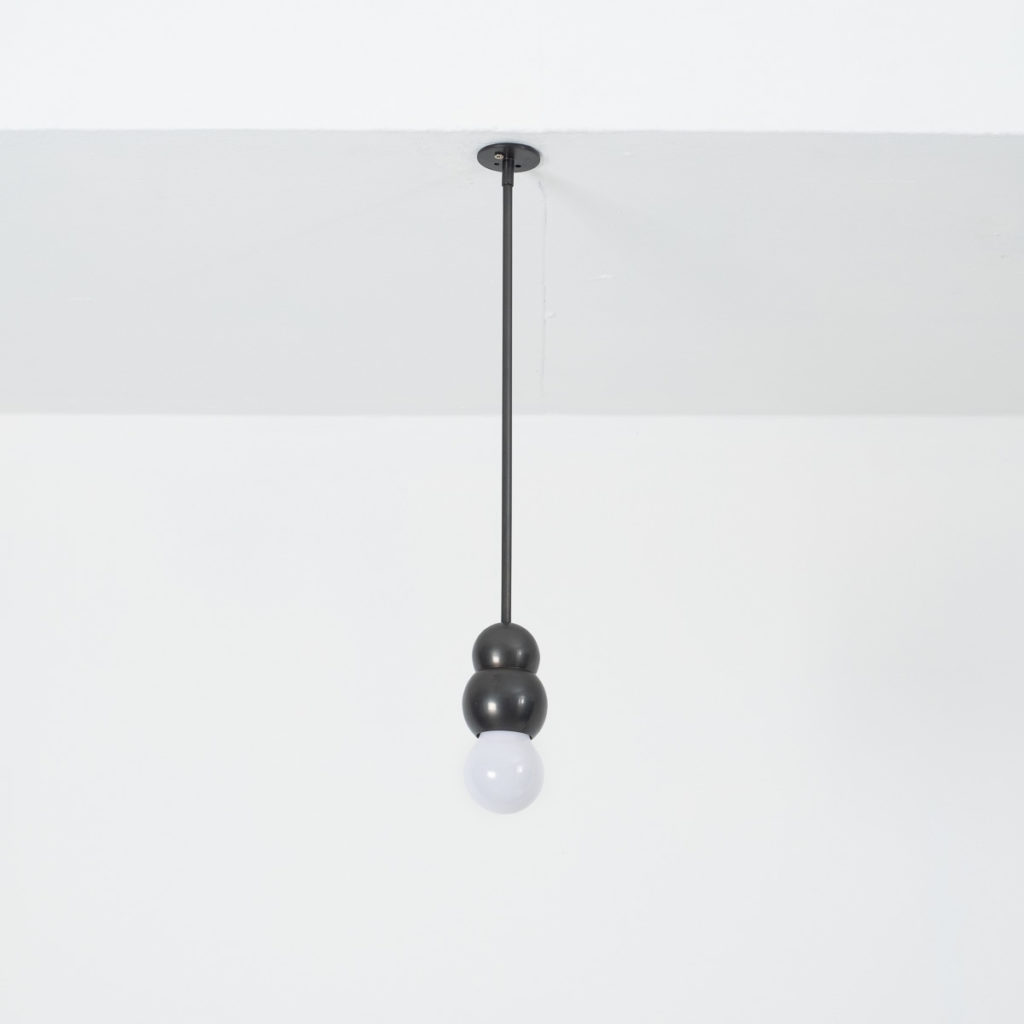 Michael Anastassiades is a Cypriot designer living and working from London, UK. Since studying design at both the RCA and imperial college he established his studio in 1994. The studio has grown dramatically having worked alongside several high profile manufacturers, most notably with the Italian lighting company Flos. His studio is responsible for creating several highly distinctive and celebrated pieces that are bound by a playful and minimal aesthetic. His studio now produces pieces directly, their output is always very functional, well designed and robustly engineered.

The Ball light pendant series was released in 2008 in a range of configurations and finishes. We have a set of three that we have had them refinished in bronze. The playful beehive like form sits directly above the bulb. The drop of the pendant is held by a metal rod with a ceiling mounting plate at the end. But can also be fitted with fabric cord flex instead on request.

Our set of three are all in excellent restored condition.