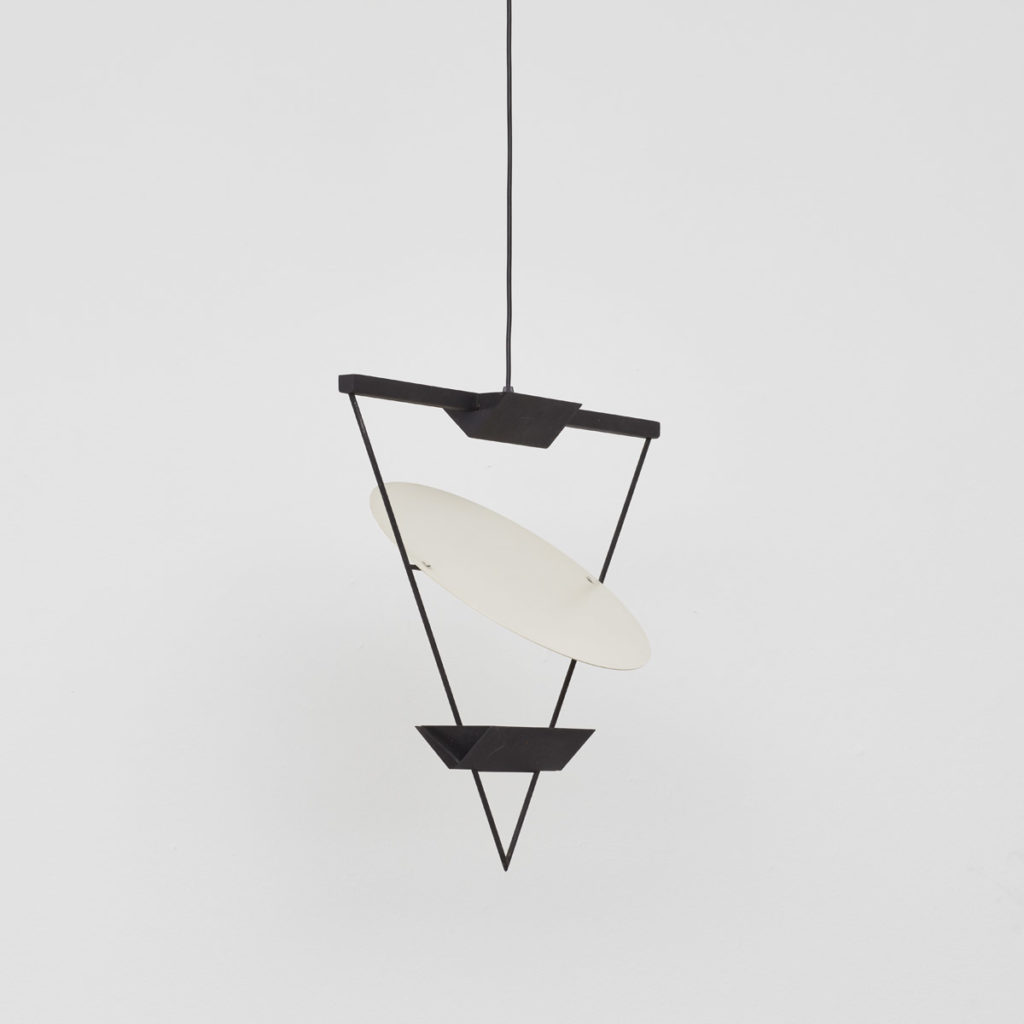 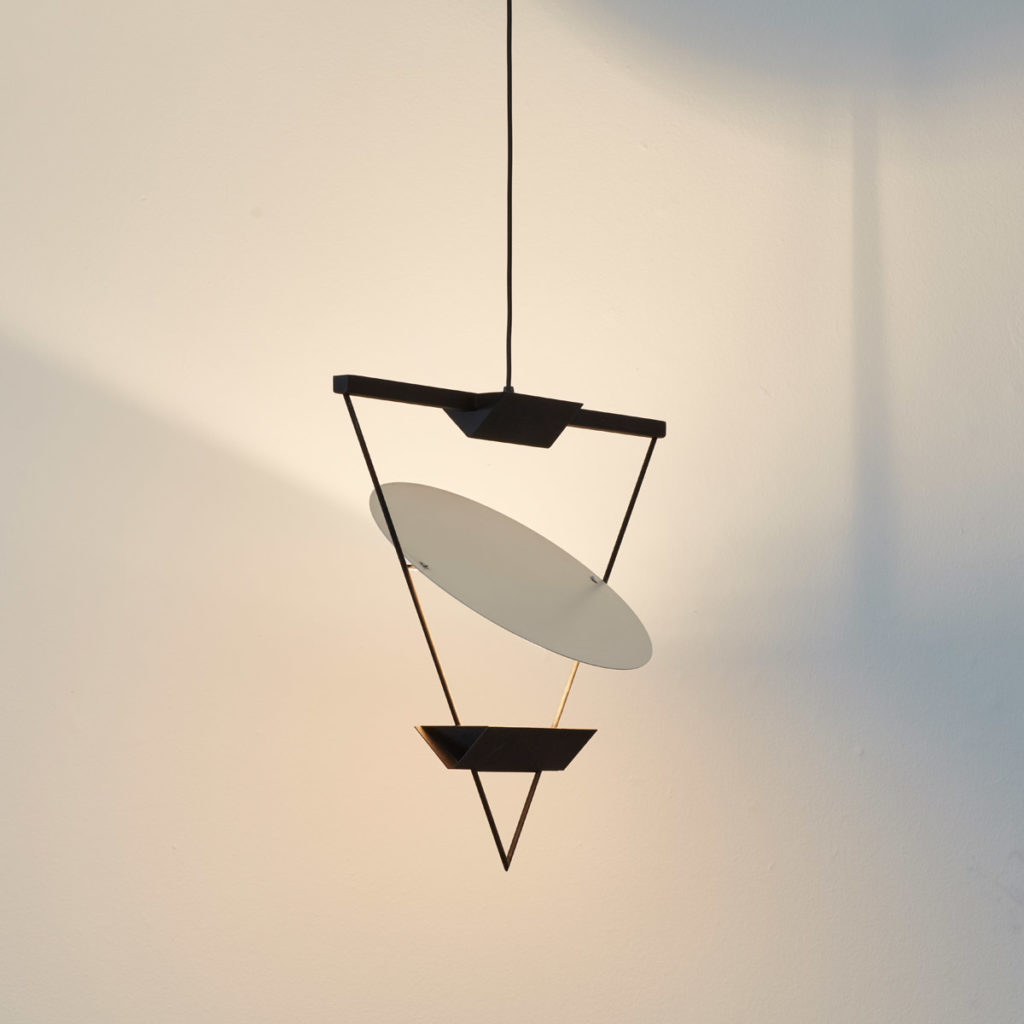 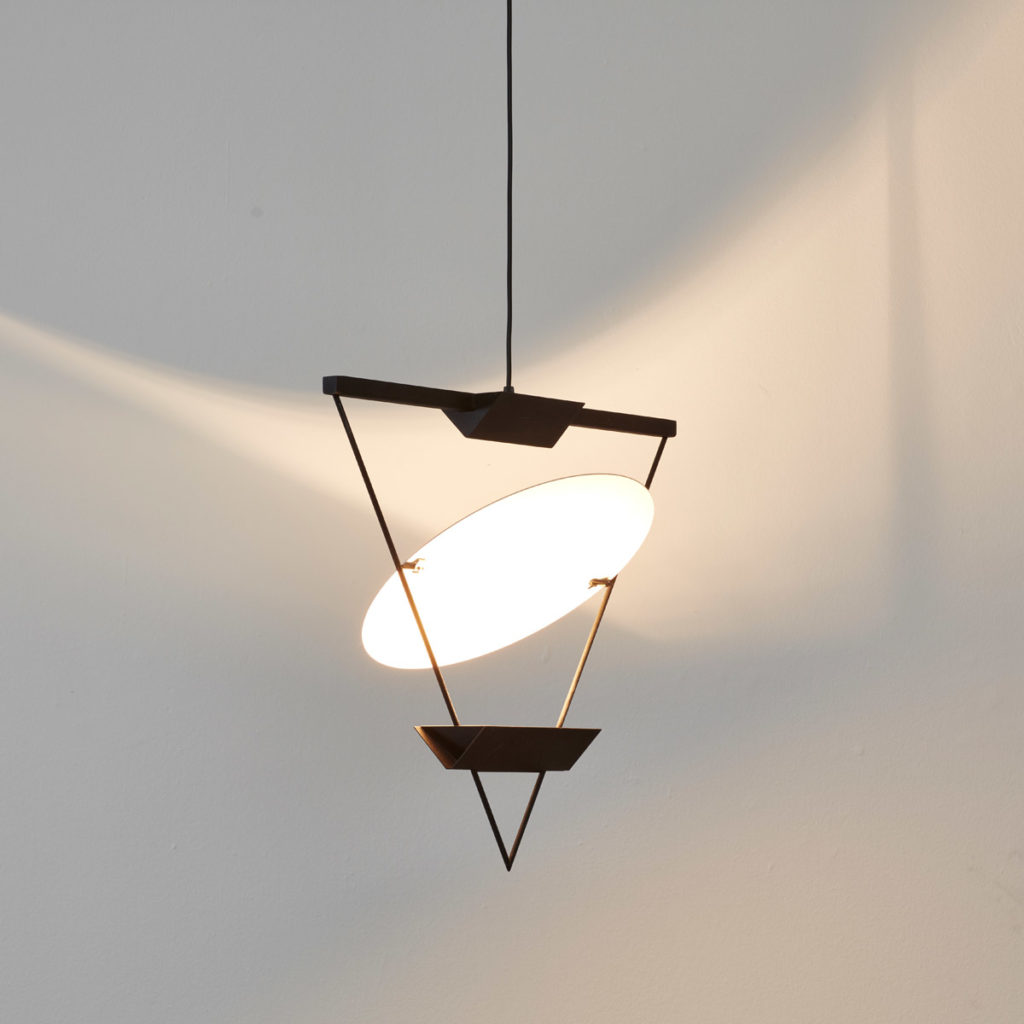 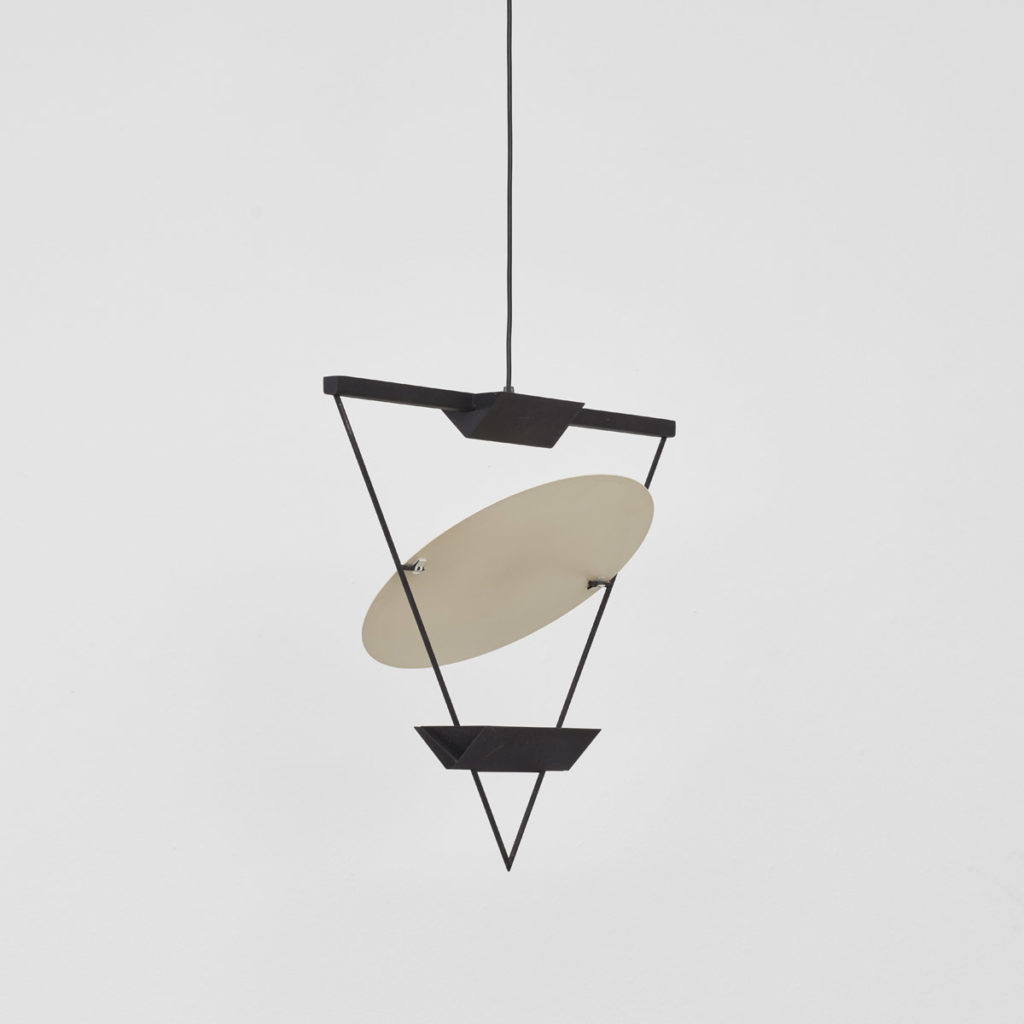 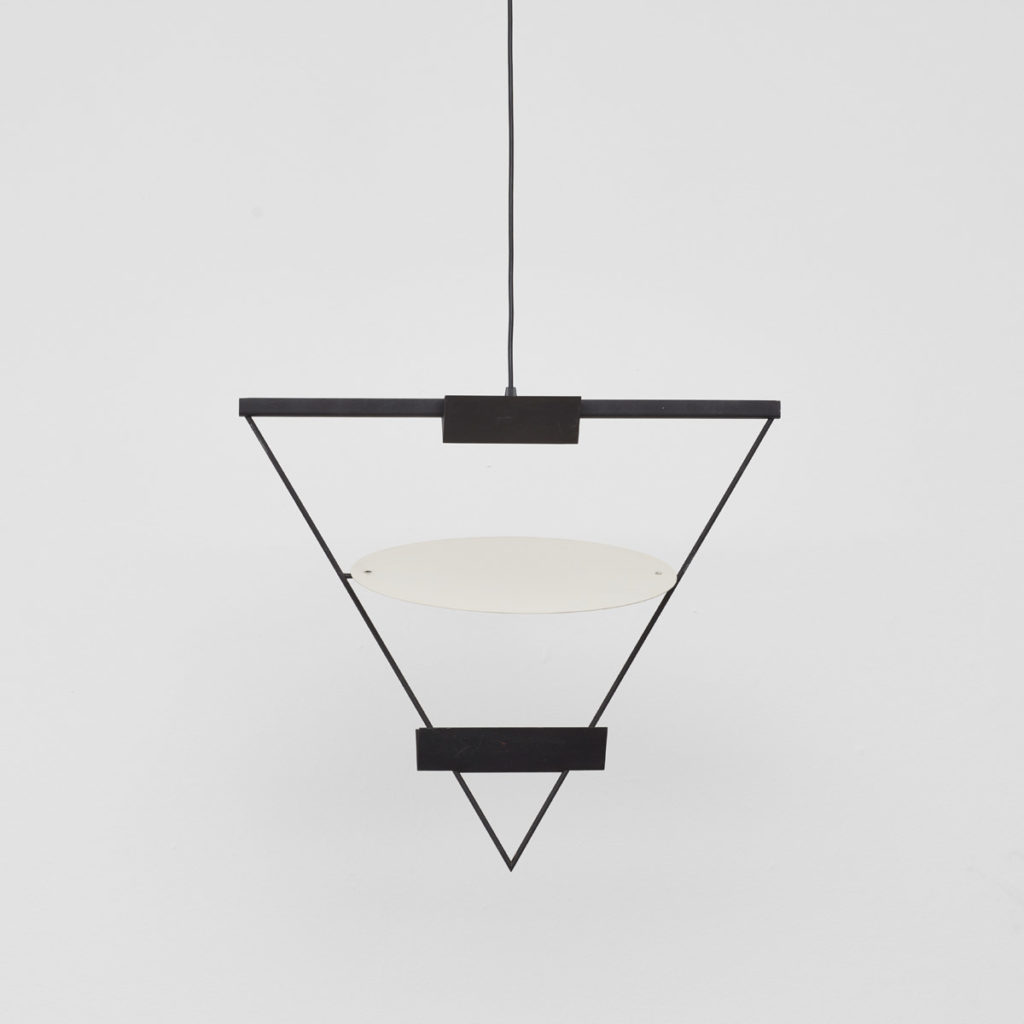 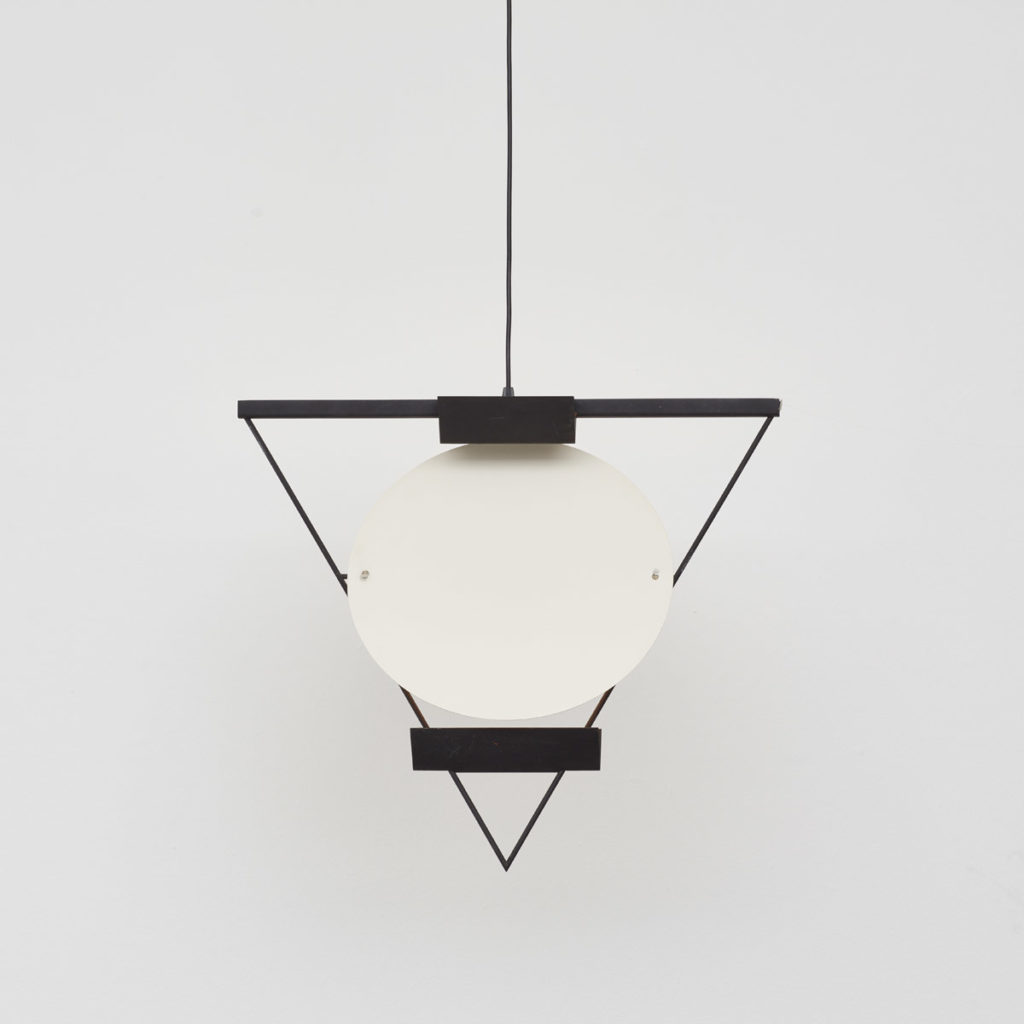 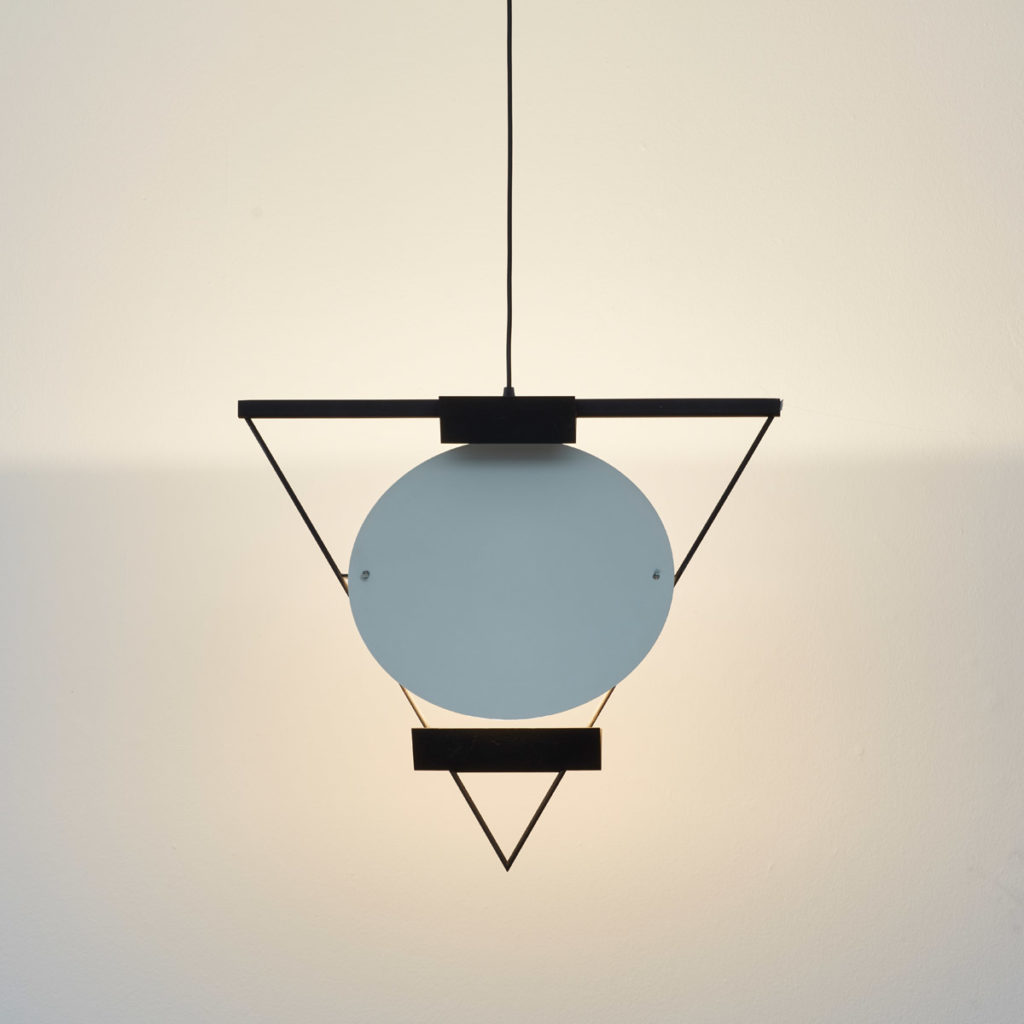 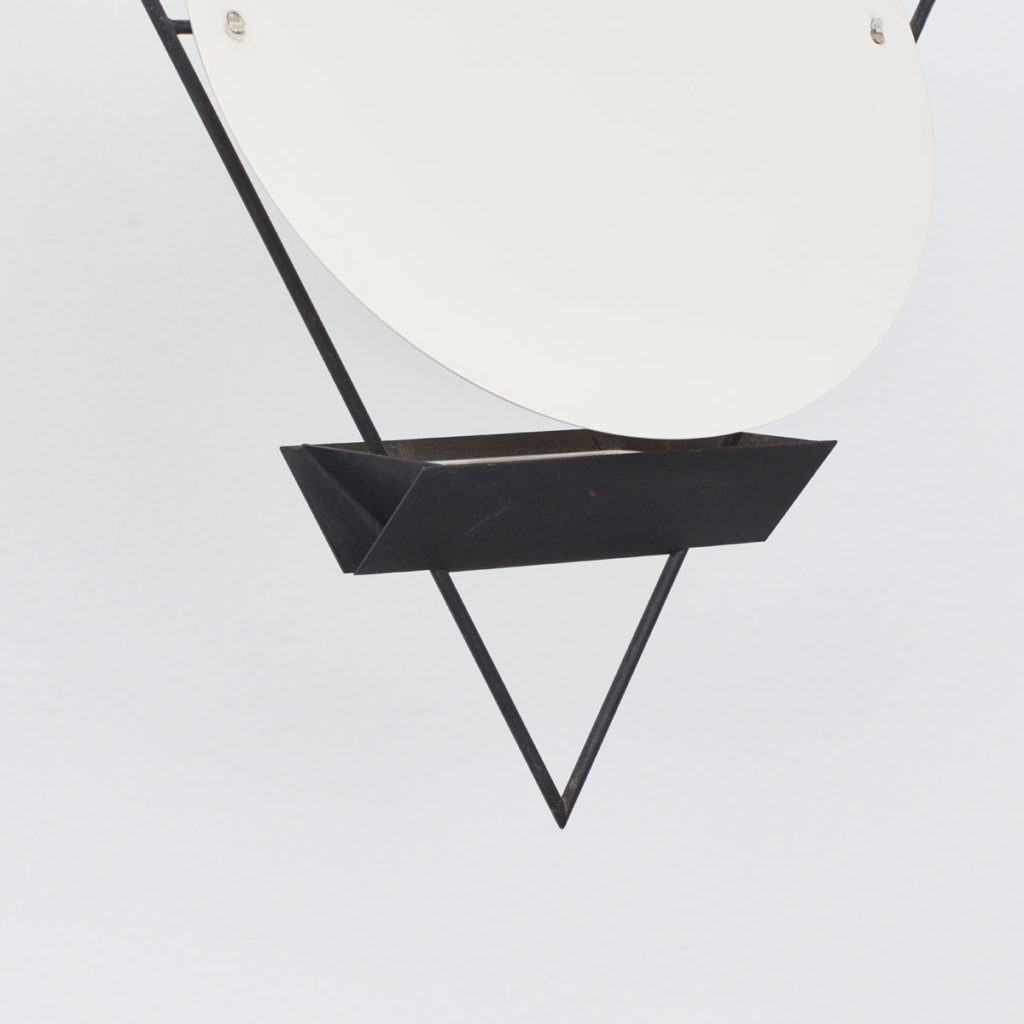 A rare Inverted Triangle hanging Light by Mario Botta for Artemide, 1980s. A study in geometry and reflection. Two Halogen uplighters sit in a triangular frame, offset by a white circular metal reflector that casts ambient light back into the room. Born in Mendrisio, Switzerland in 1943, Mario Botta is a working architect and designer in the postmodern style. Studying at the Liceo Artistico in Milan and the University of Architecture in Venice, he worked with the greats, Le Corbusier and Louis Kahn, designing houses and churches. His architecture features strong geometric forms, just like his lighting.