Mailing List
Sign up to our mailer to keep up to date with out latest stock and events. Alternatively, contact us at info@betonbrut.co.uk.
Mario Bellini Camaleonda modular sofa in pale green leather. | Béton Brut 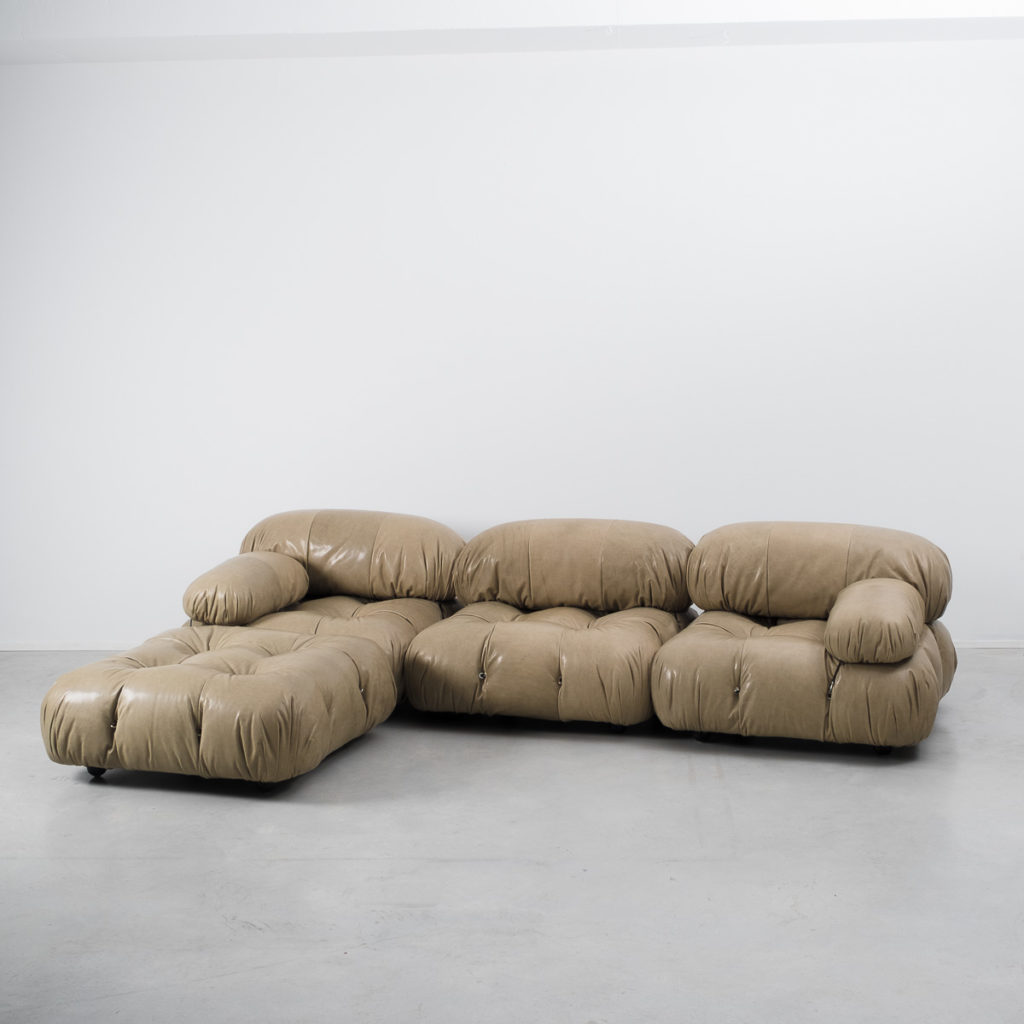 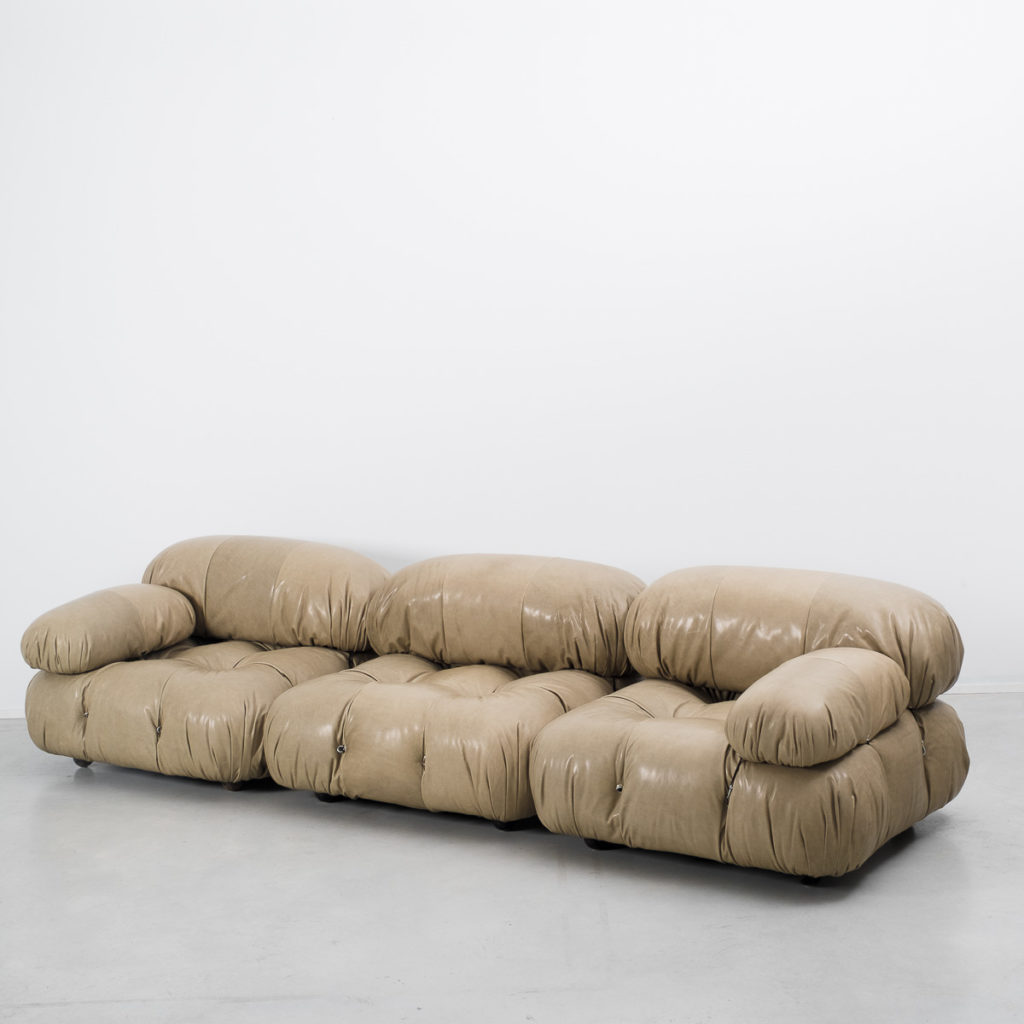 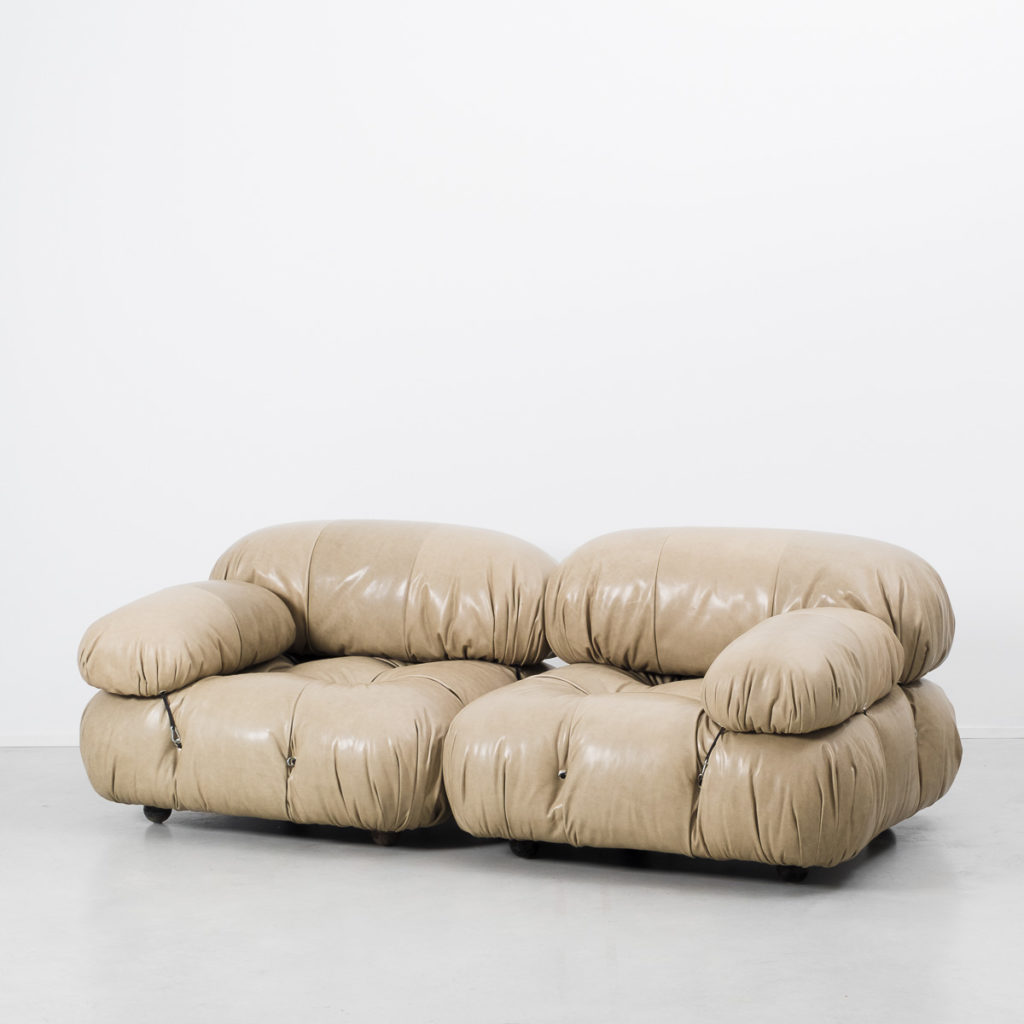 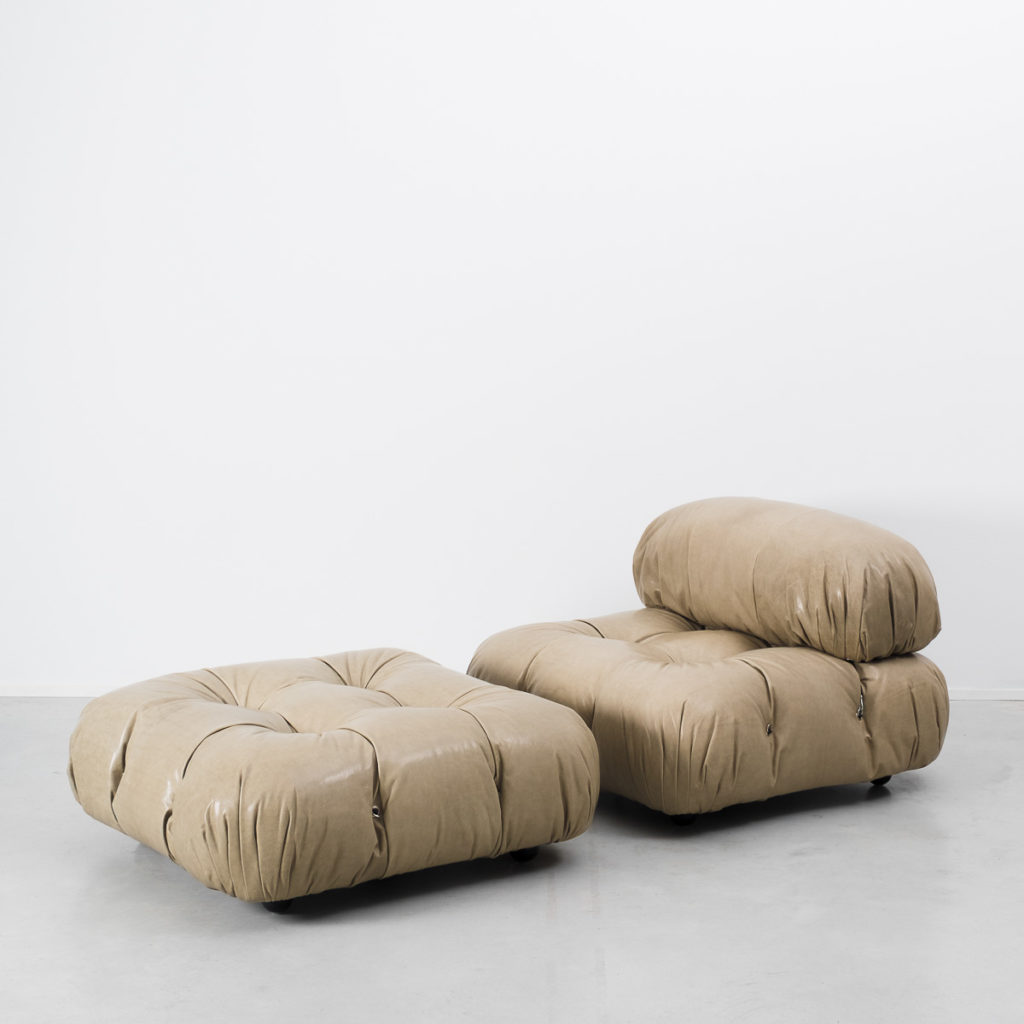 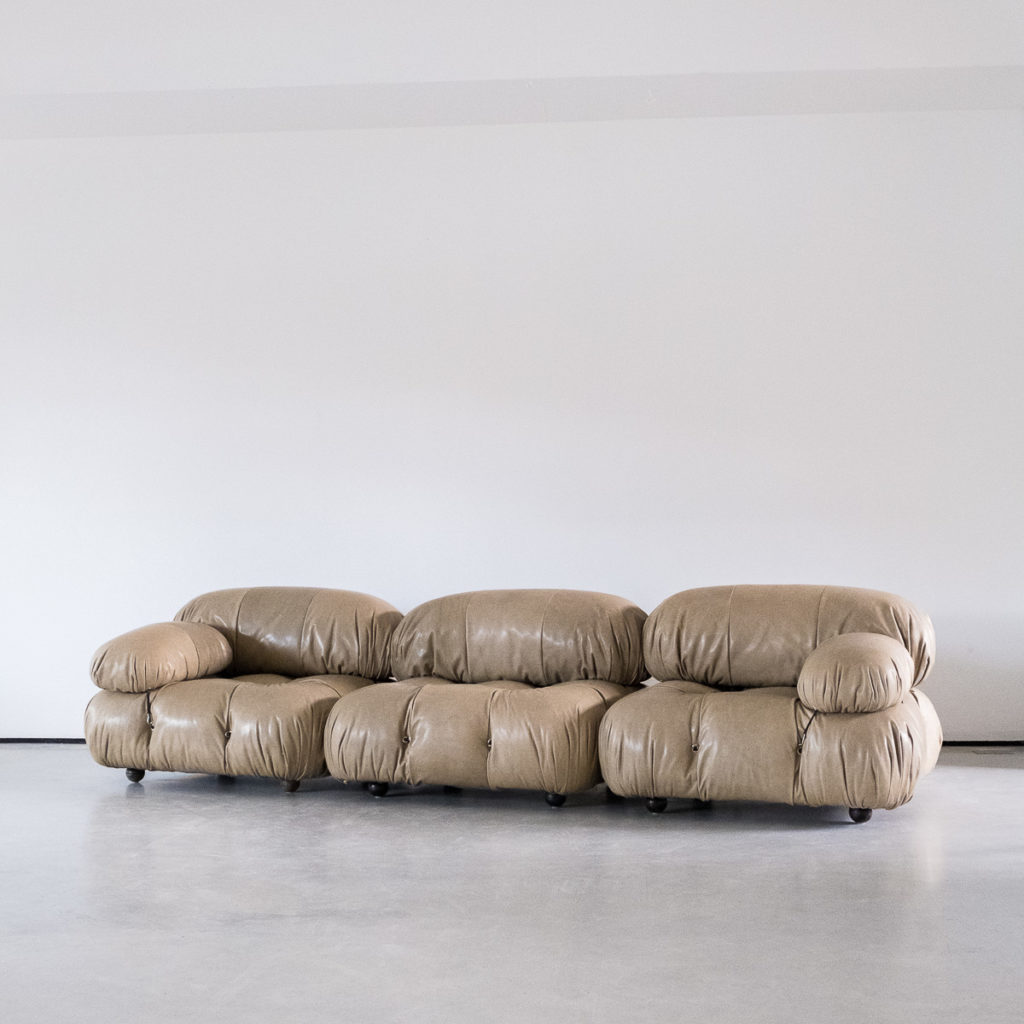 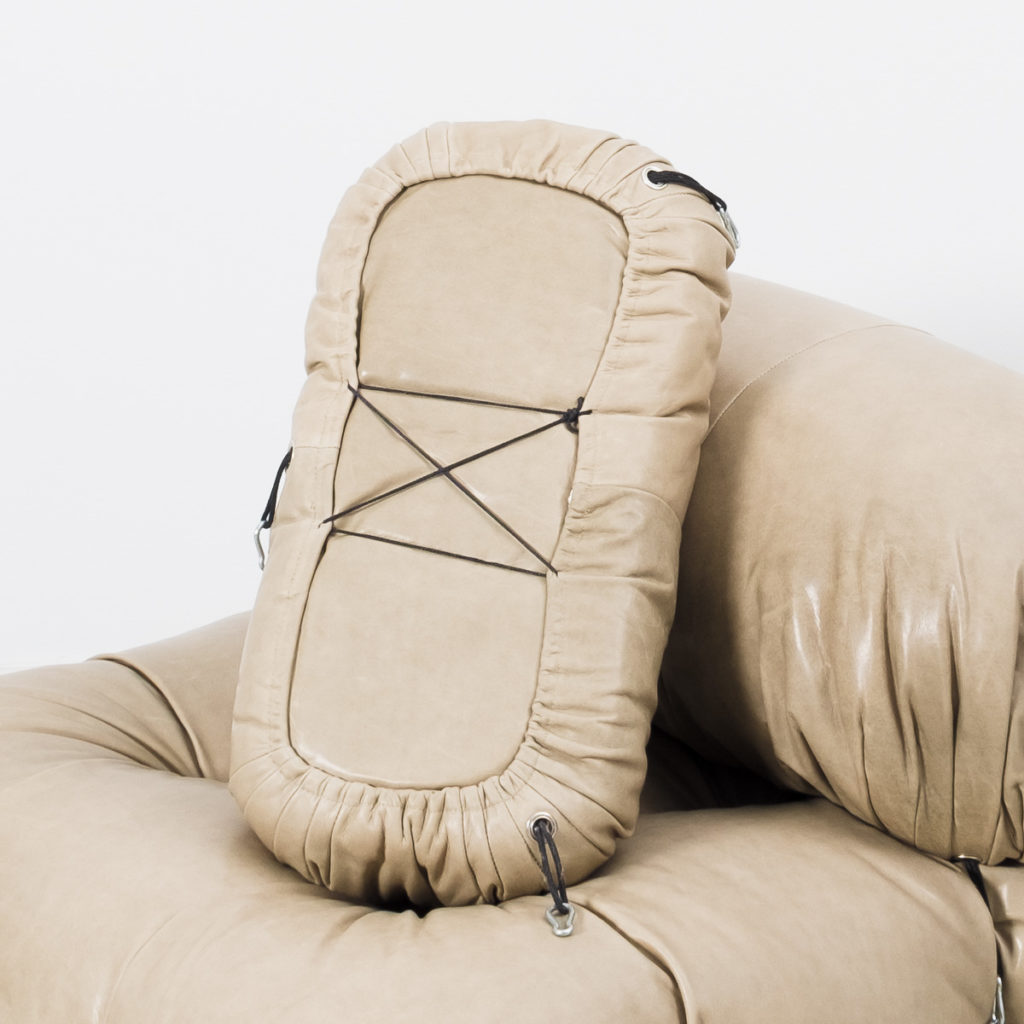 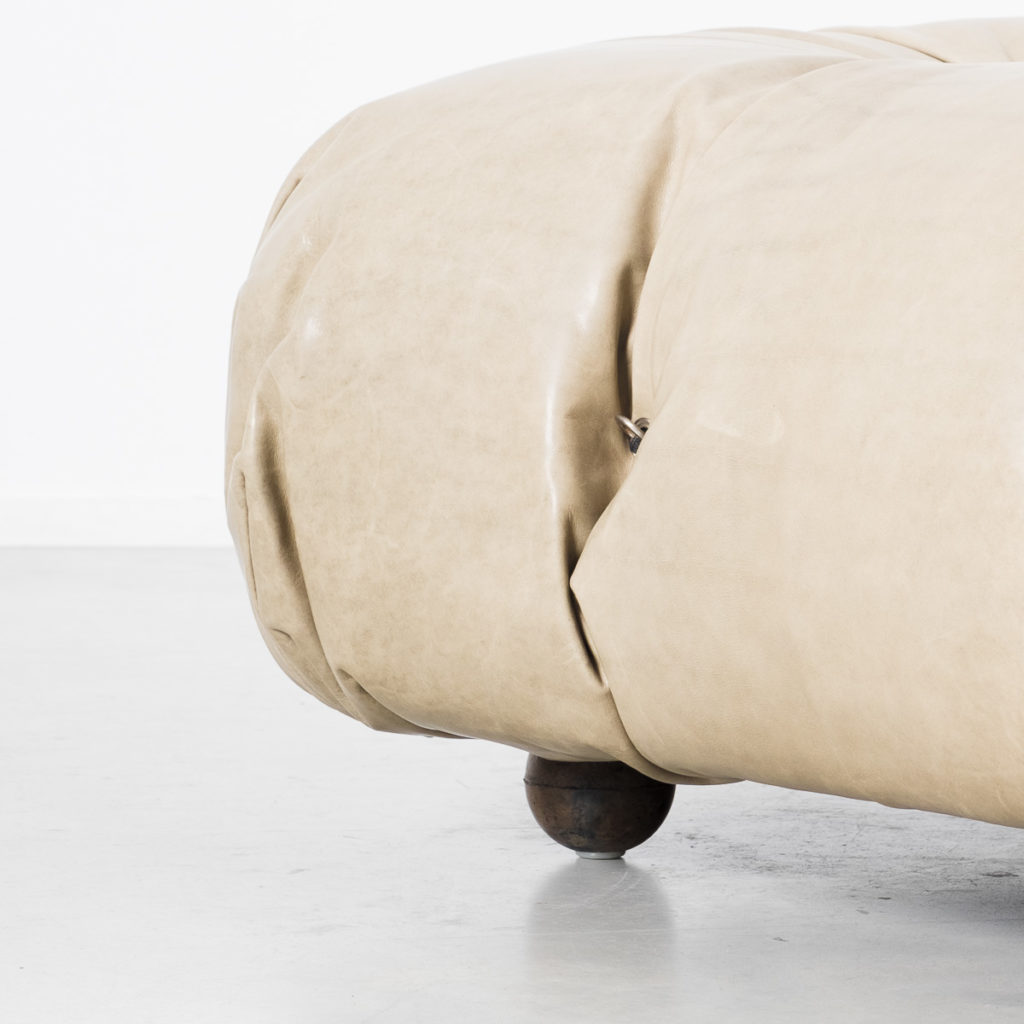 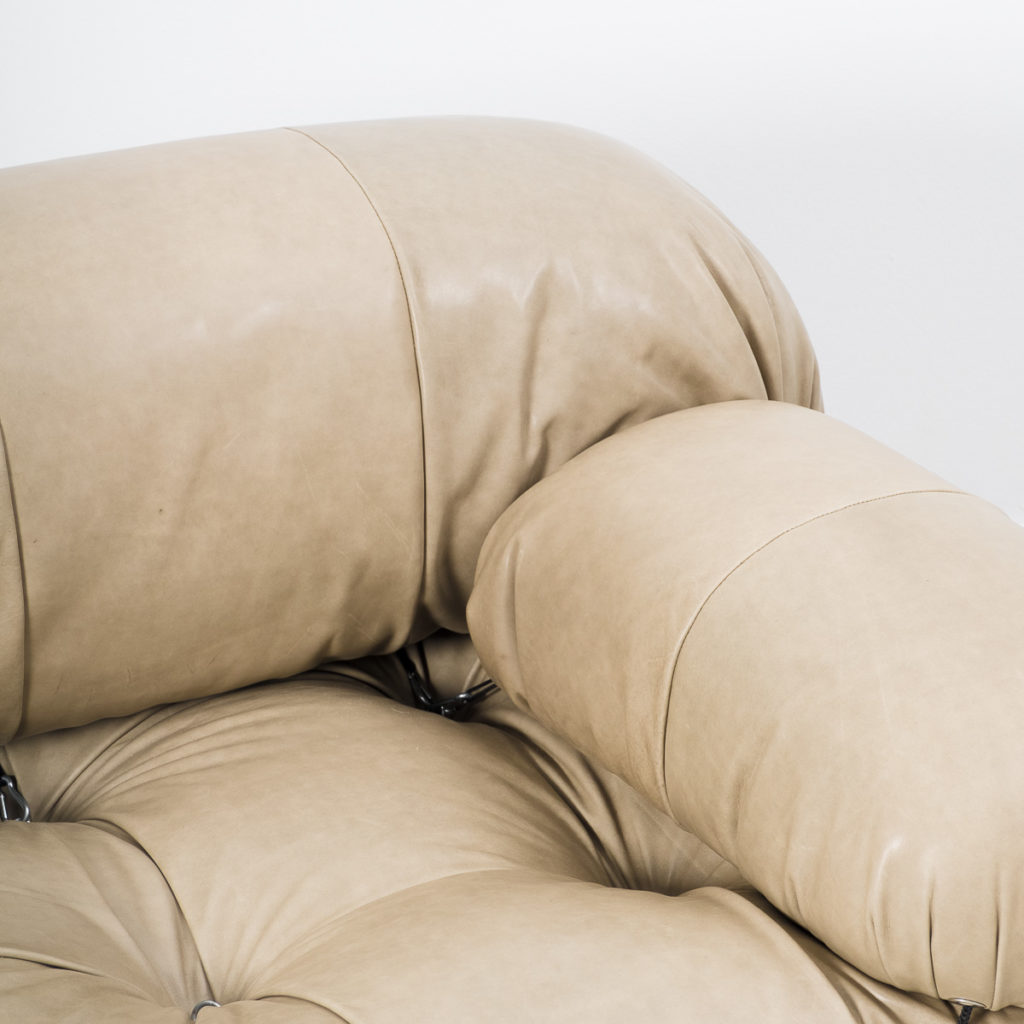 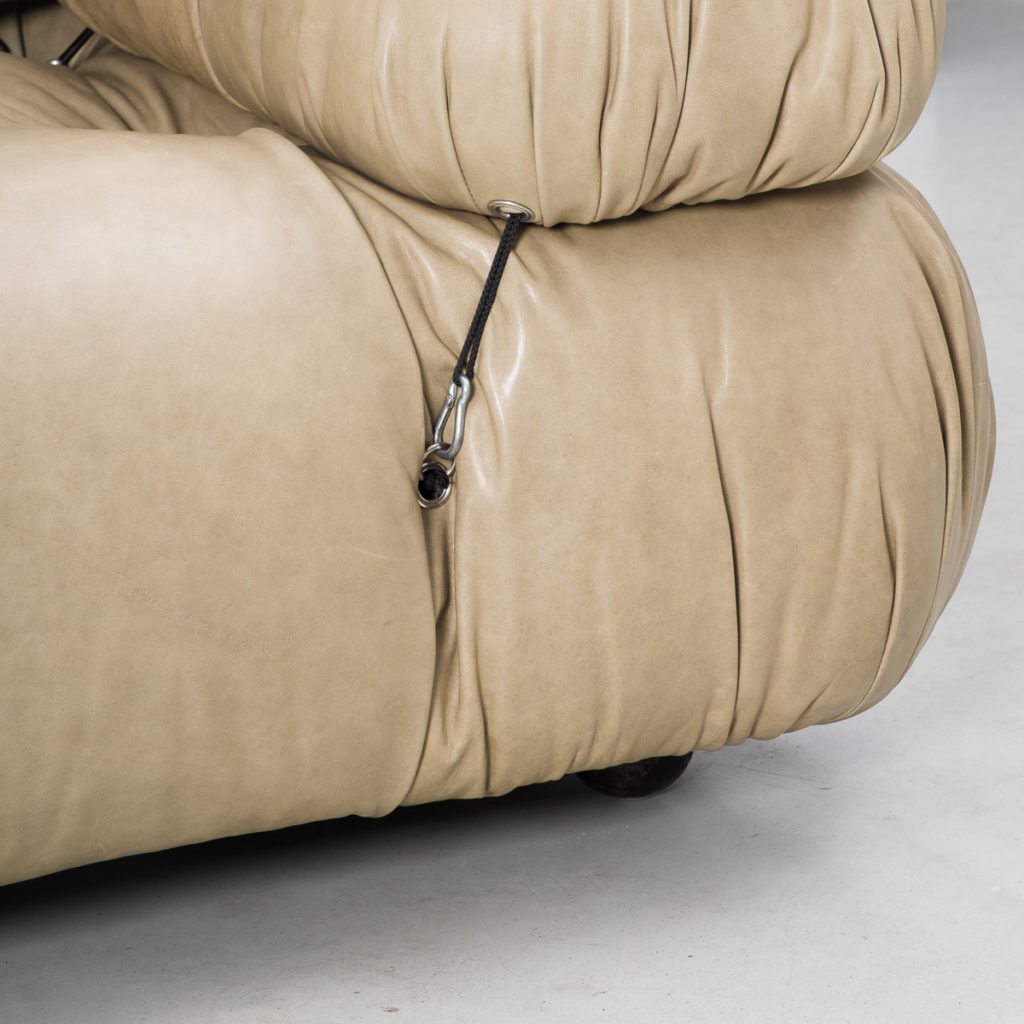 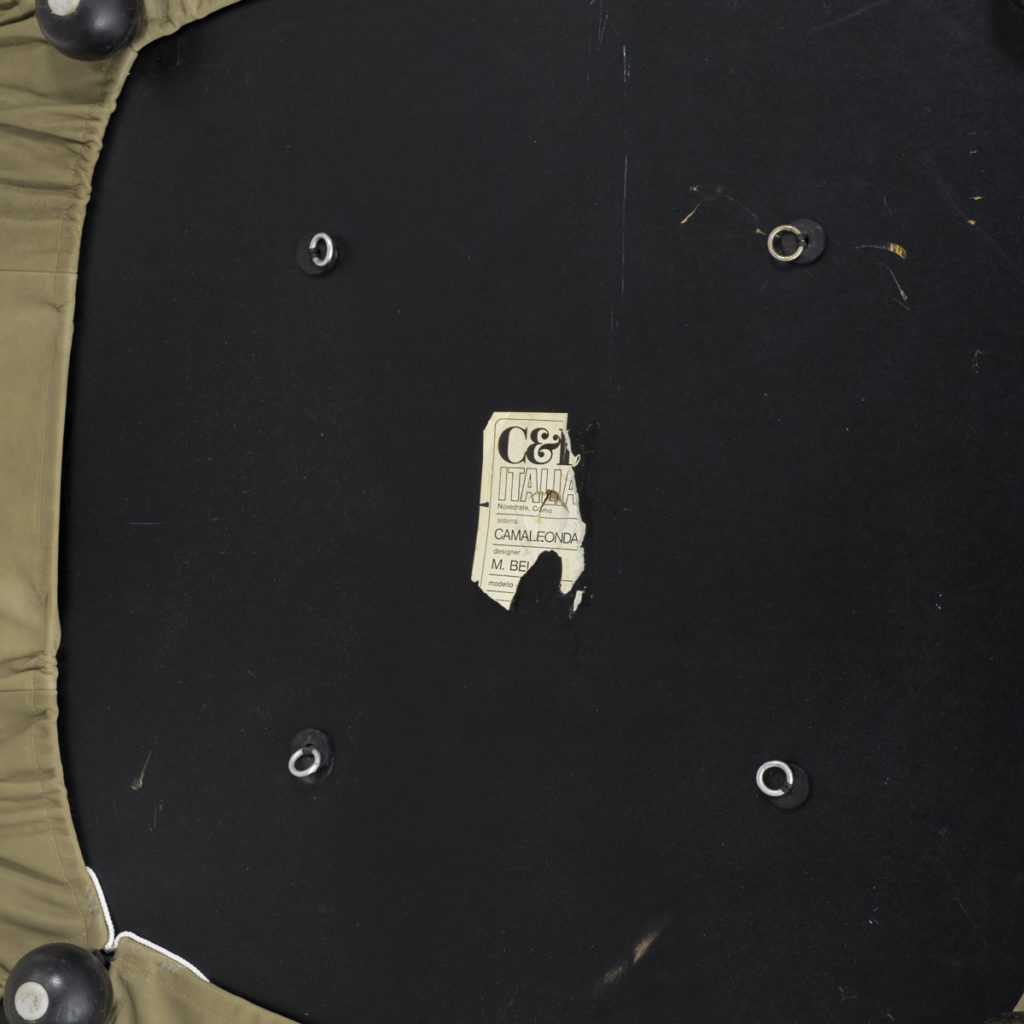 It comes with four base pieces, three back pieces and two armrests. The modules attach with rings and carabiners, allowing the user to create their desired configuration. For example as a two seater sofa with armchair and footstool – or take the backs off and have use as a daybed.

The design became famous almost immediately after it was featured in the exhibition ‘Italy and The New Domestic Landscape’ held in the MOMA Museum in 1972. It appears in the literature: Gramigna, Giuliana. Repertorio del Design Italiano 1950-2000 per L’Arredamento Domestico. Allemandi: Torino, 2003, p. 188. And Morteo, Enrico. Mario Bellini. Furniture, Machines & Objects. London: Phaidon, 2008, p. 94.

Rare C&B Italia edition. It has been beautifully reupholstered in a high quality pale olive leather.