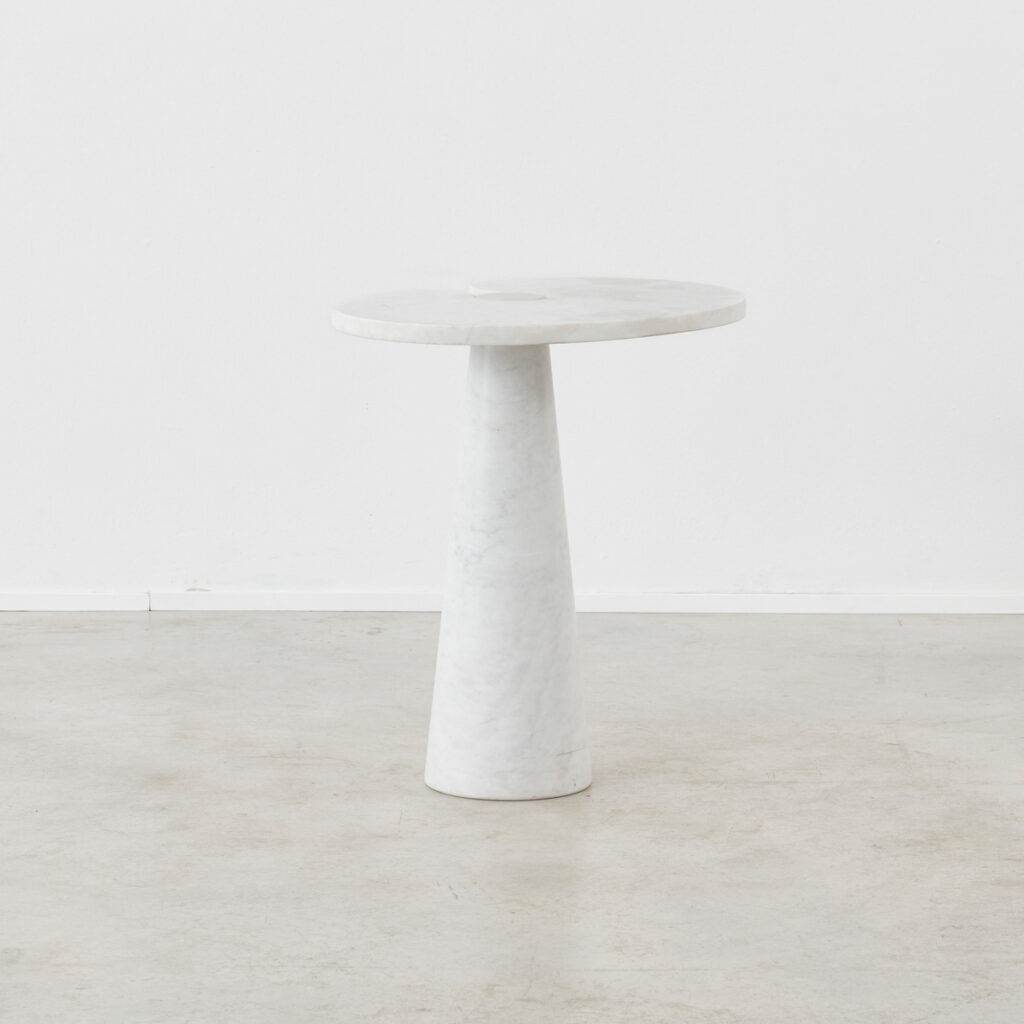 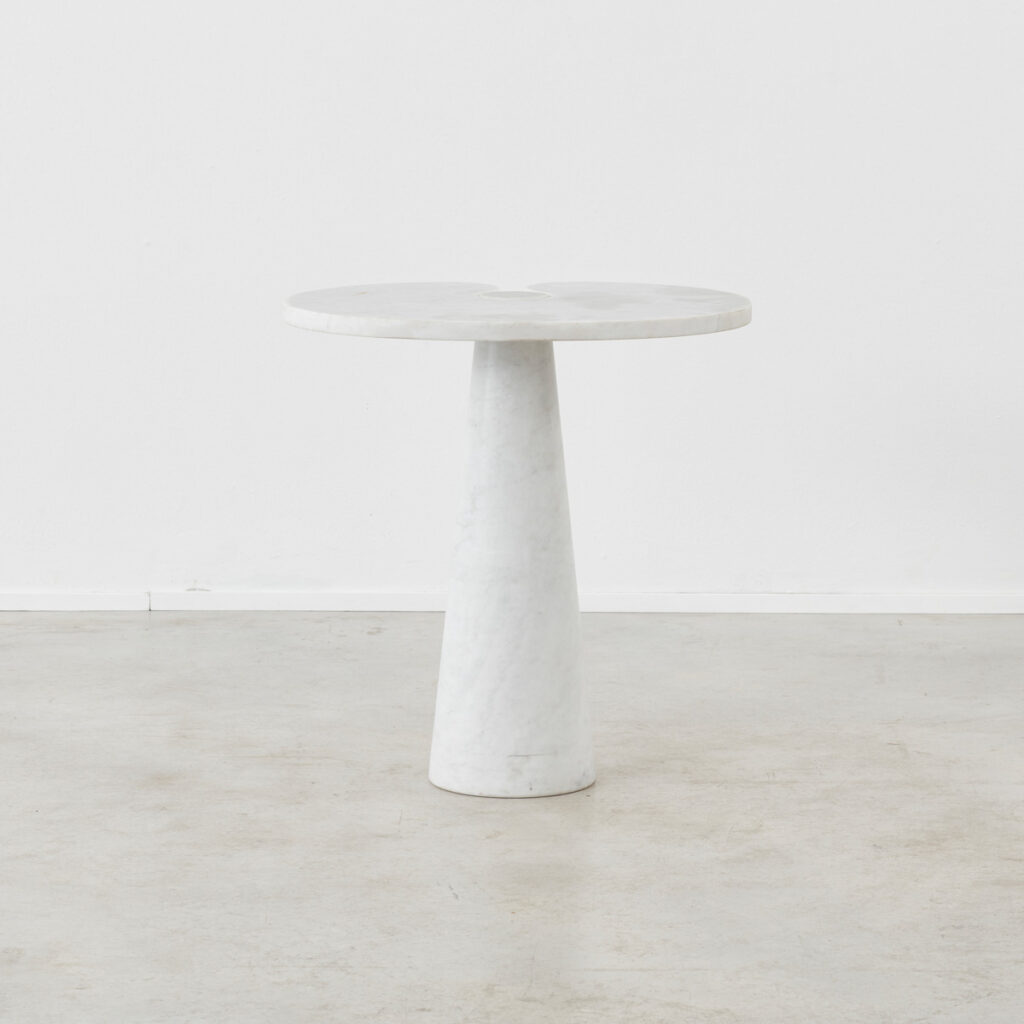 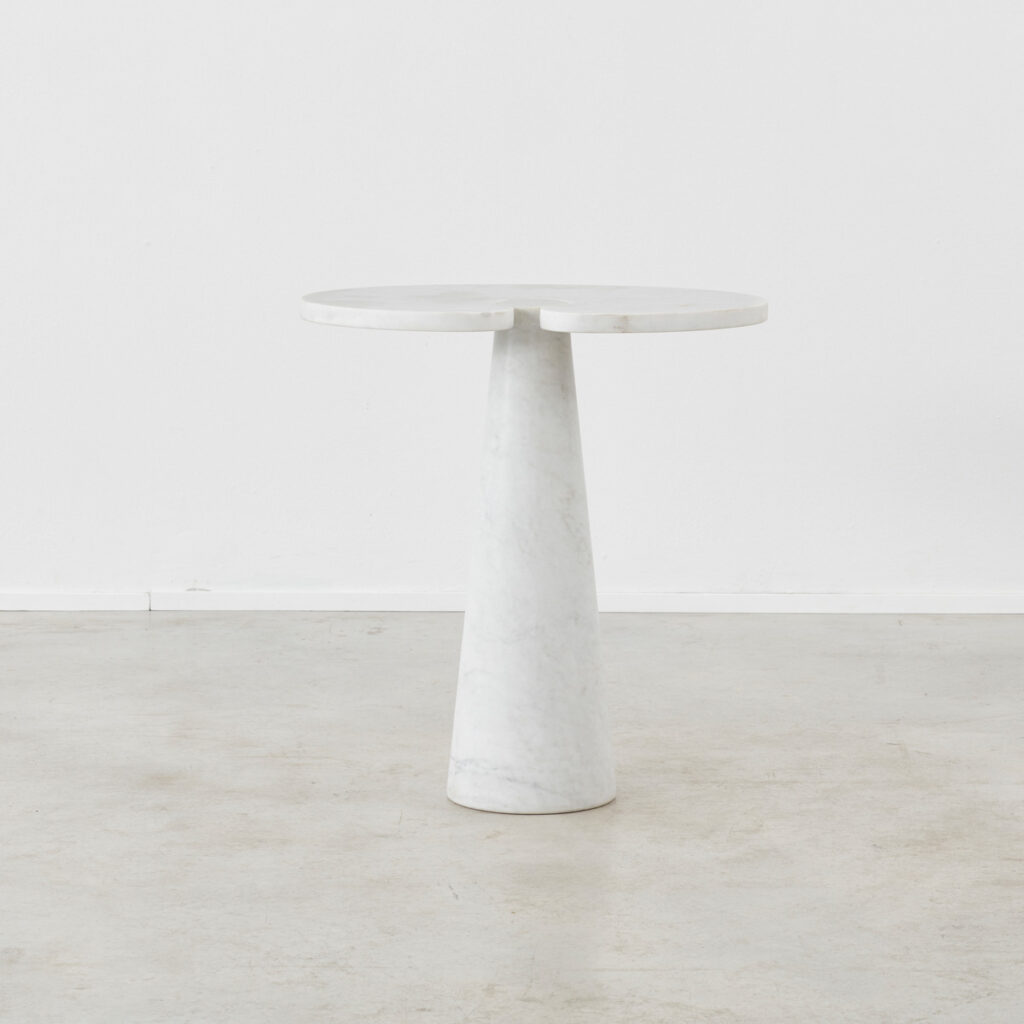 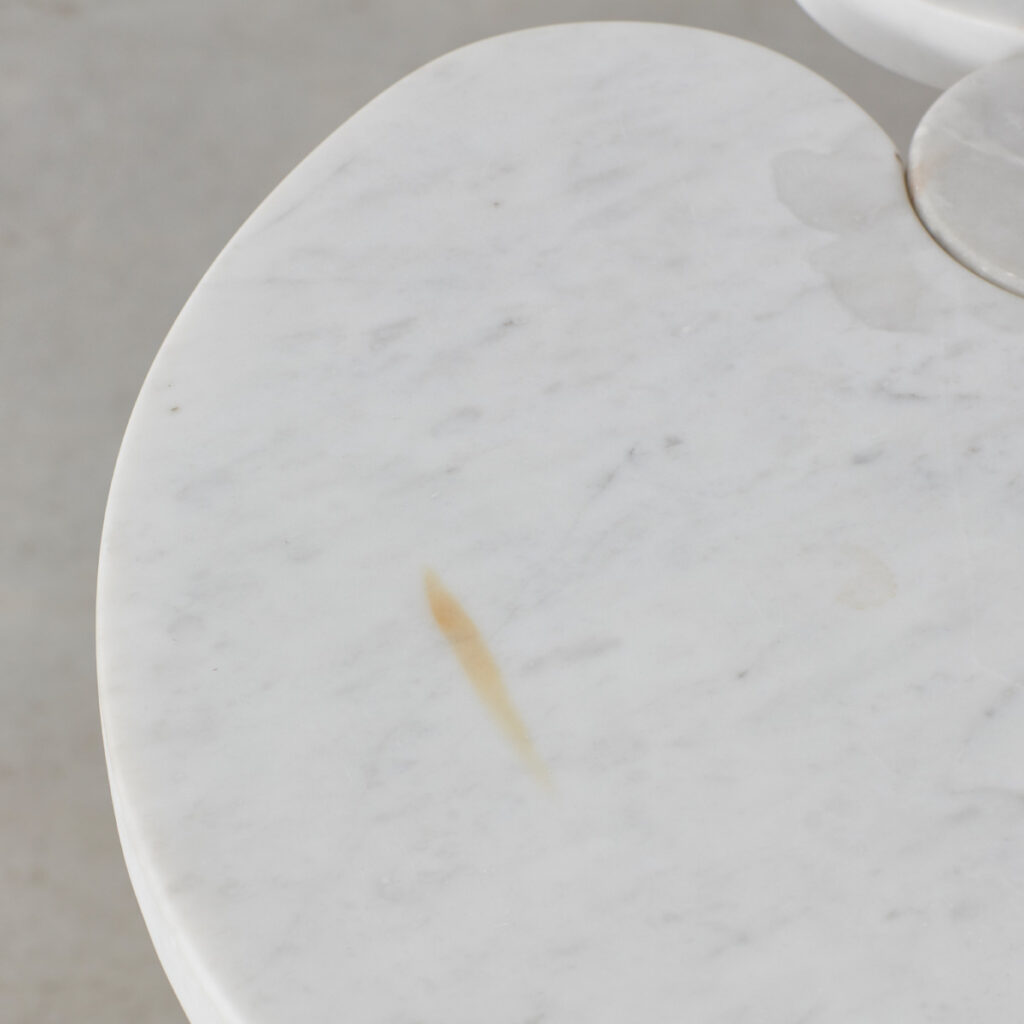 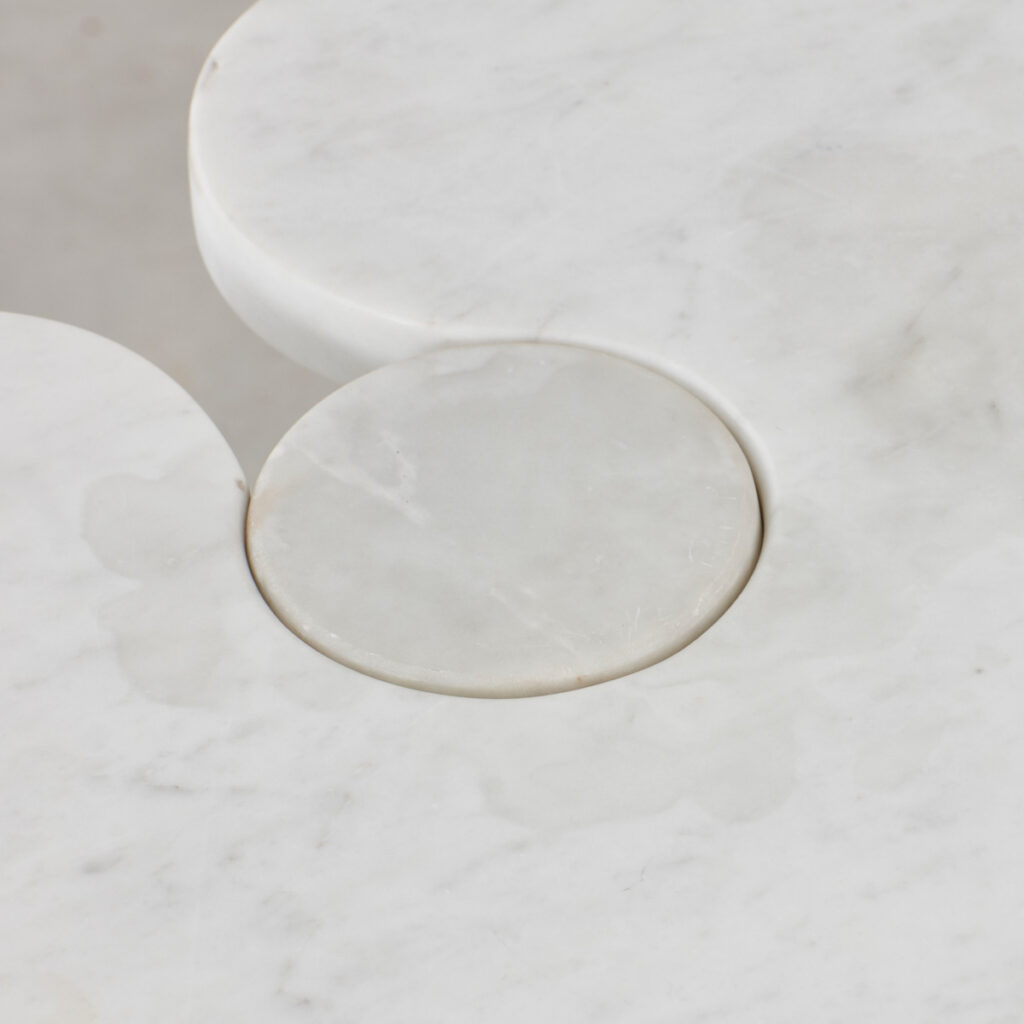 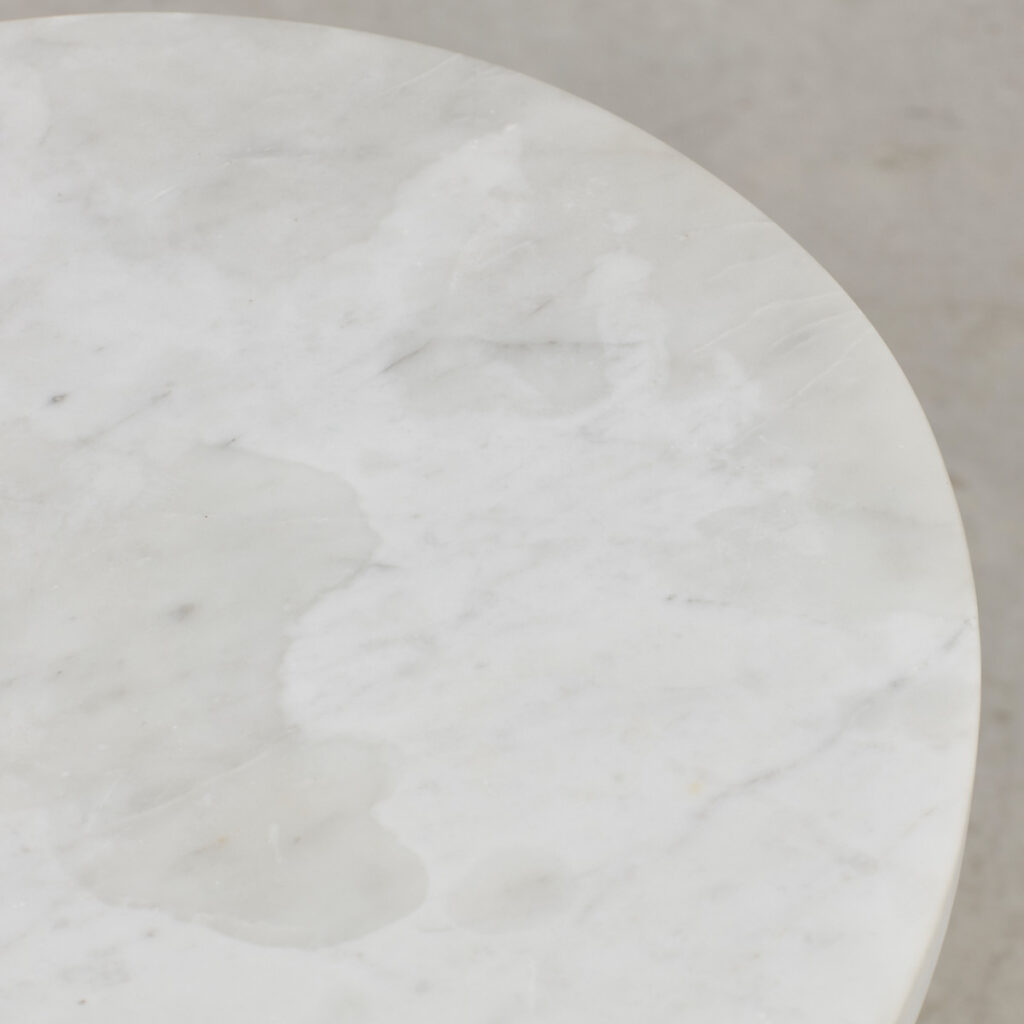 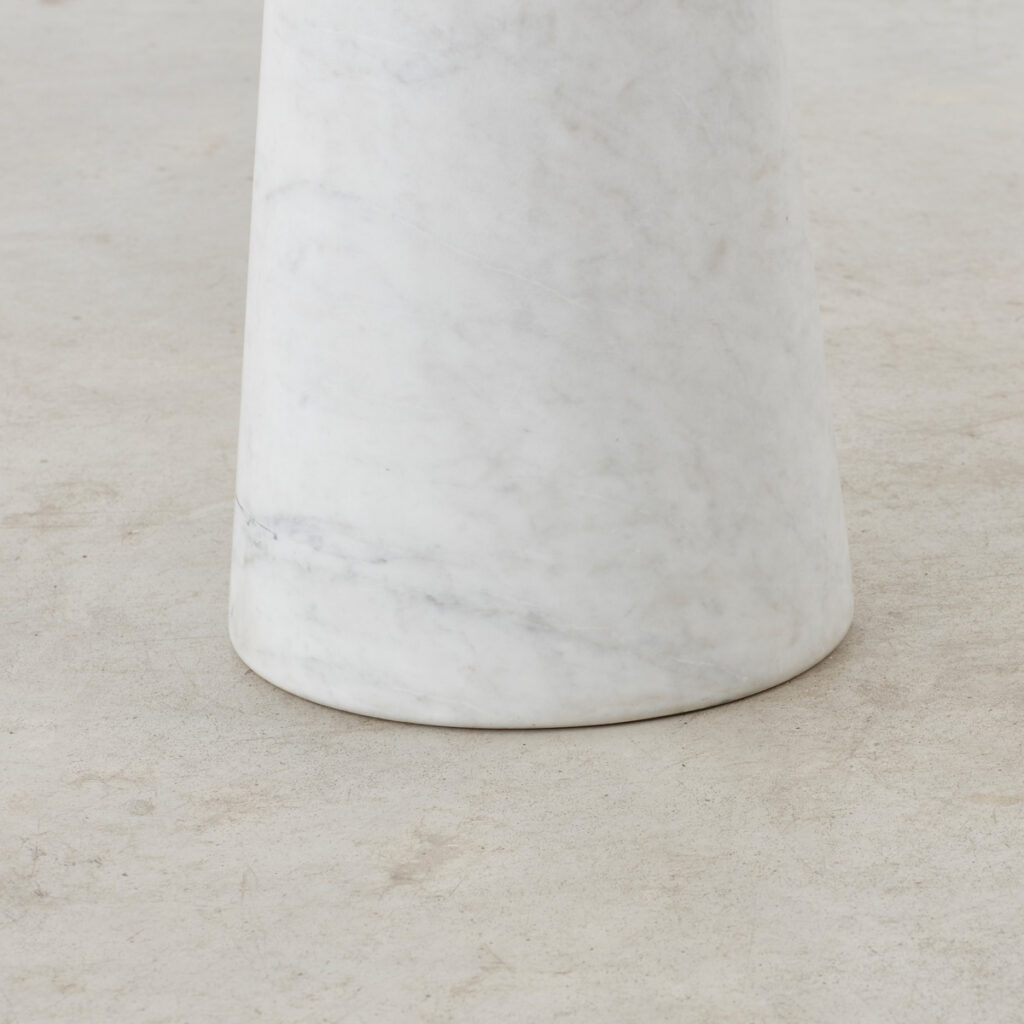 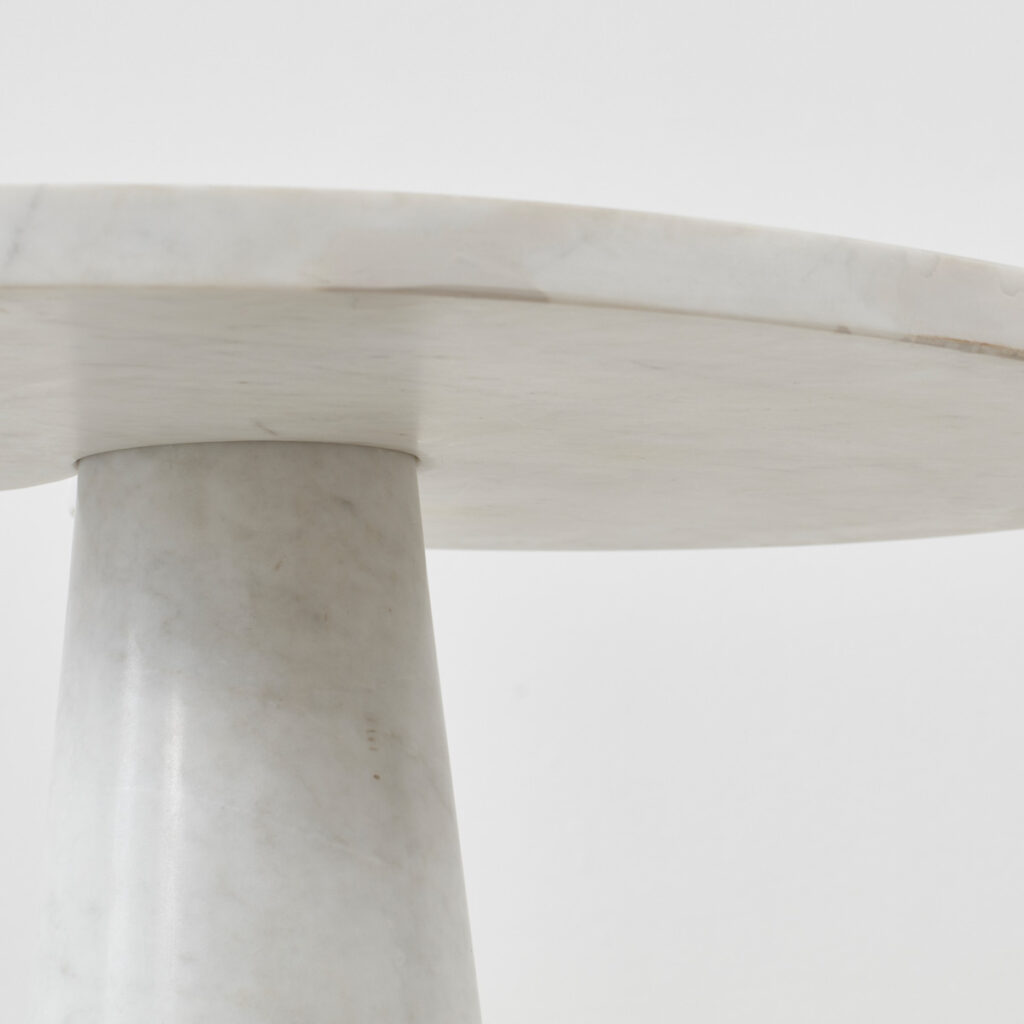 Angelo Mangiarotti’s (1921-2012) central philosophy as an architect was to create forms that responded directly to the material’s properties. The weight of marble inspired him to create the Eros series of tables in the 1970s for Skipper. It relies solely on gravity to bond the slabs of marble together without fixings or glues – a masterstroke in minimalist philosophy and engineering. This table effectively has ‘gravity’ joints. The slab of Carrara marble sits snugly around each of the solid marble conical legs making it incredibly sturdy.

Scratches and stains to the surface of the marble.