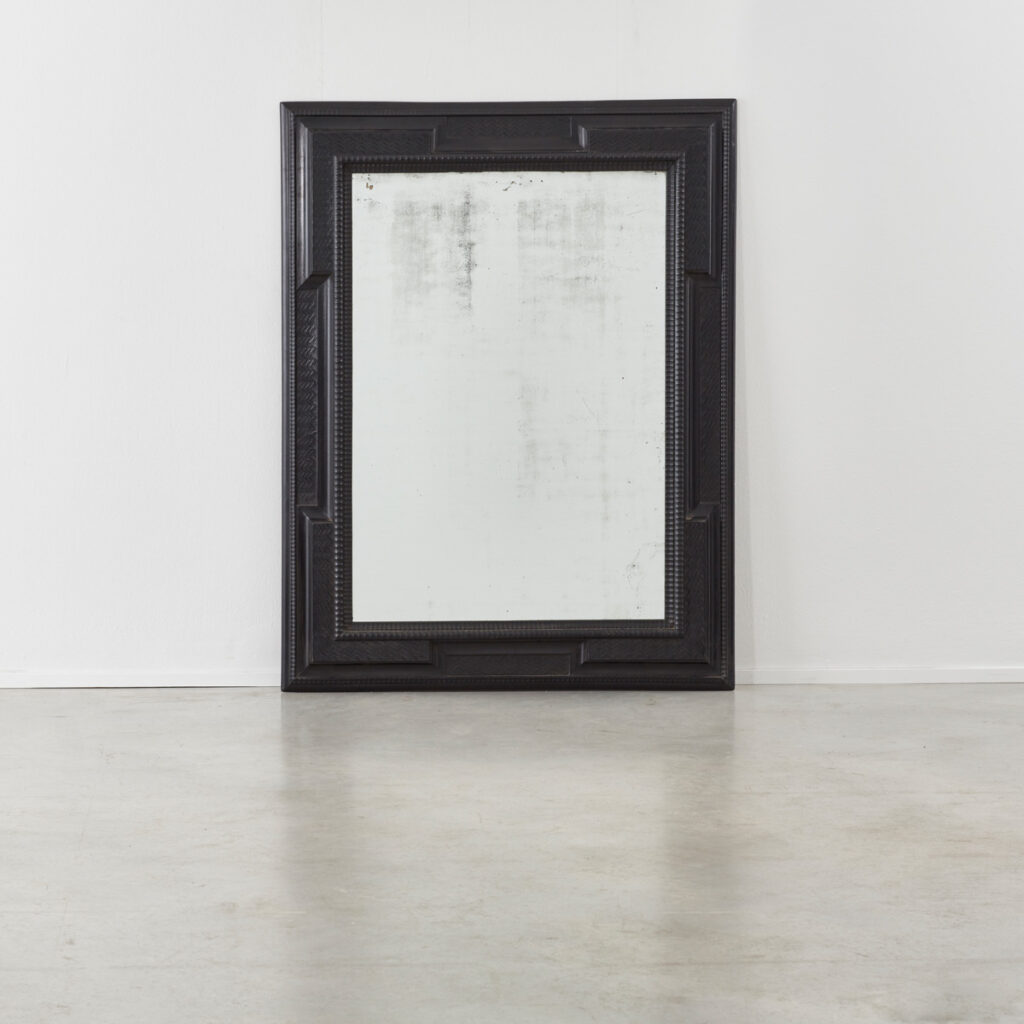 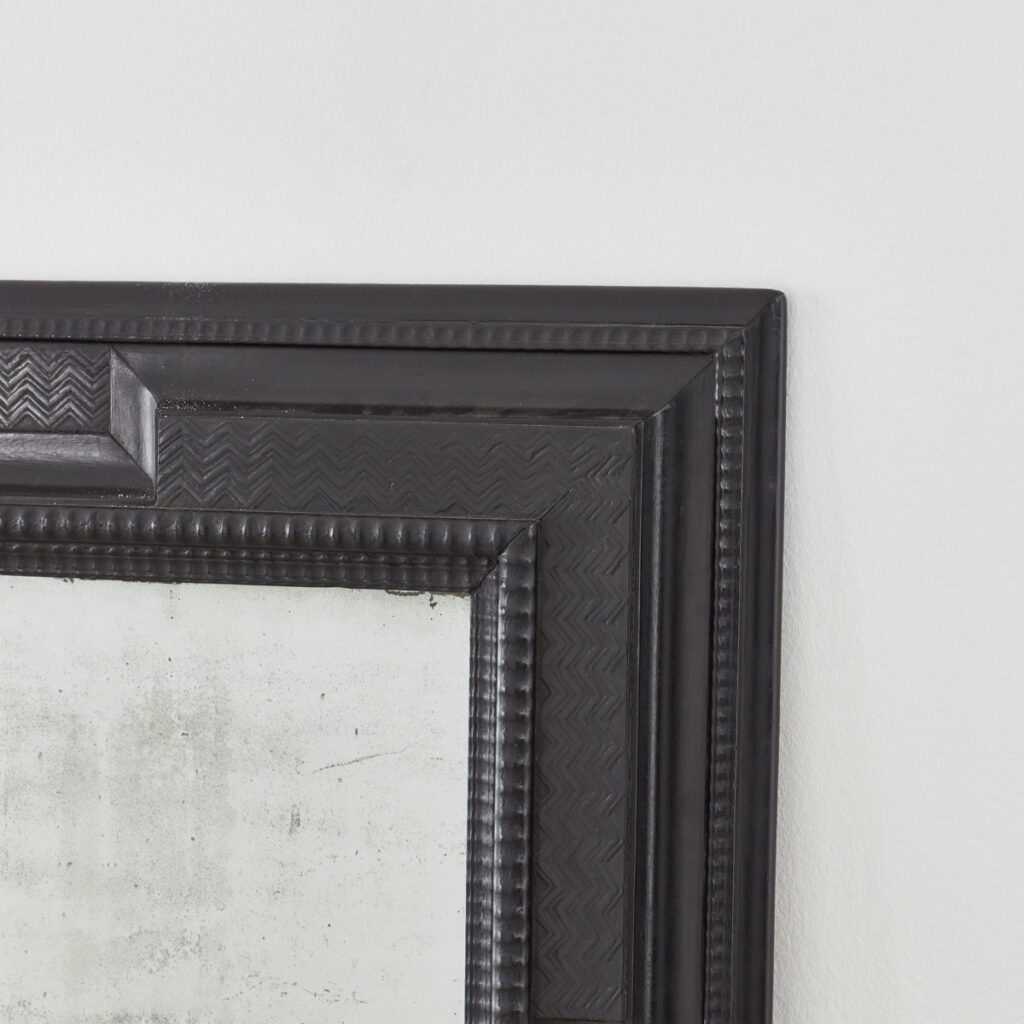 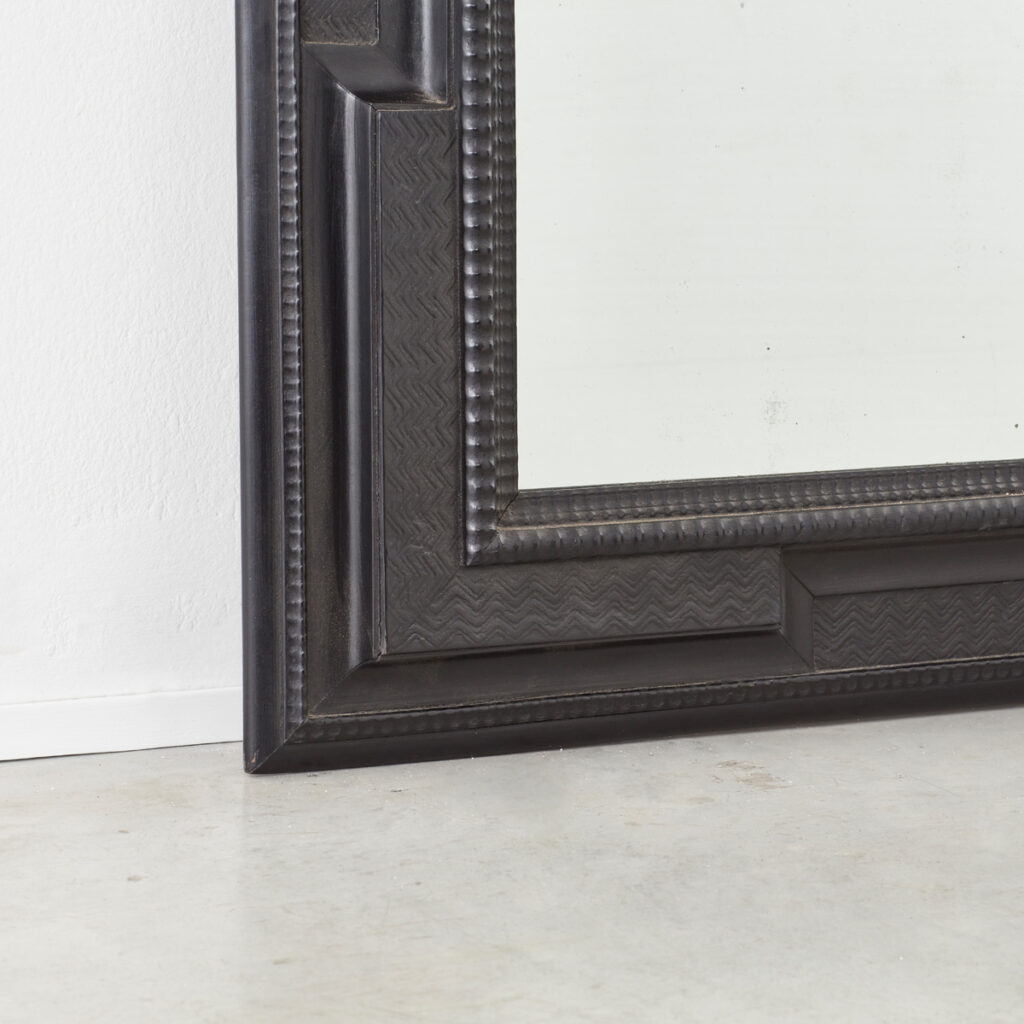 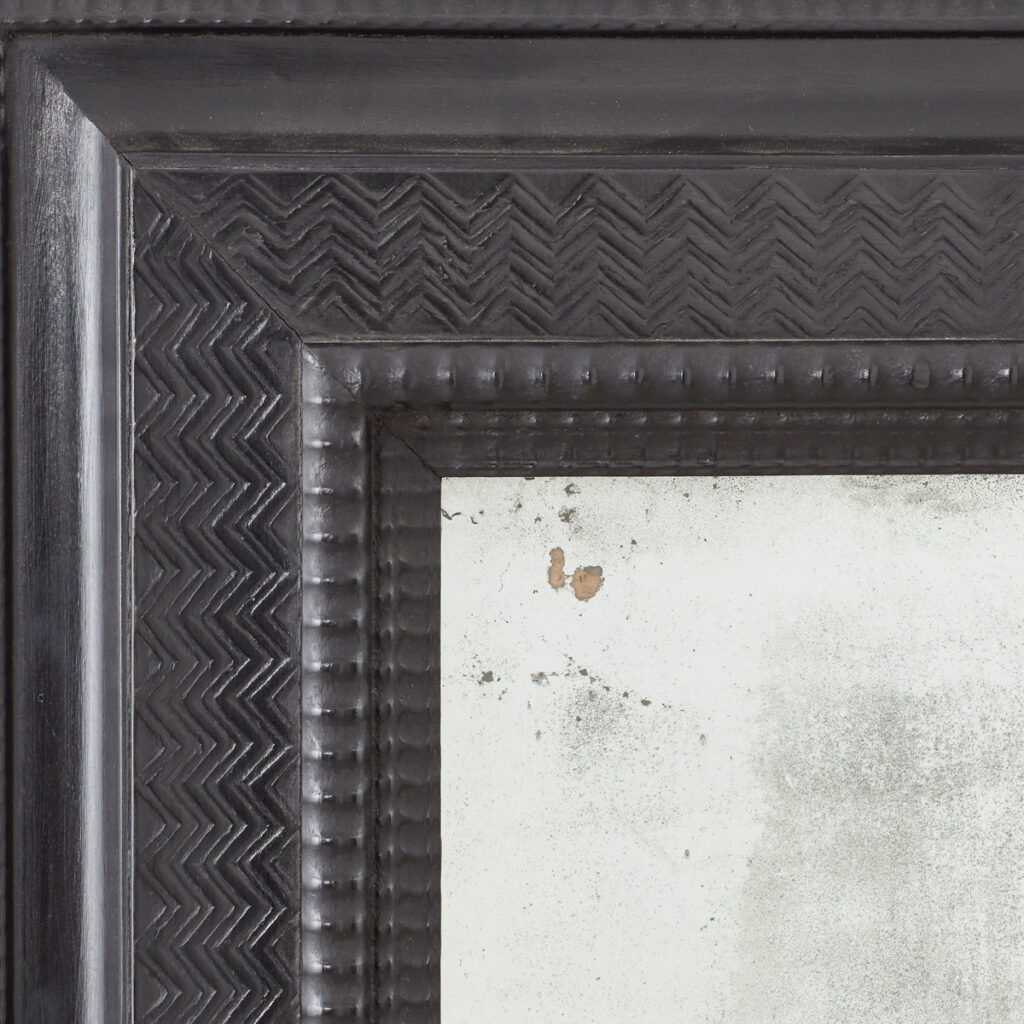 Made in Italy well over one hundred years ago, the ebonised wooden frame of this striking ripple frame mirror is crafted in an 17th and 18th Century Dutch style. Its surface is intricately detailed and textured with carved patterns of indentations and embossments. The mirror’s size and bold character make it well suited to hang above a fireplace, in a hallway or over a bed.

The frame has been restored and fitted with a reclaimed antique mercury mirror plate, which has some foxing and patina. Frame refinished later, old holes treated/filled.