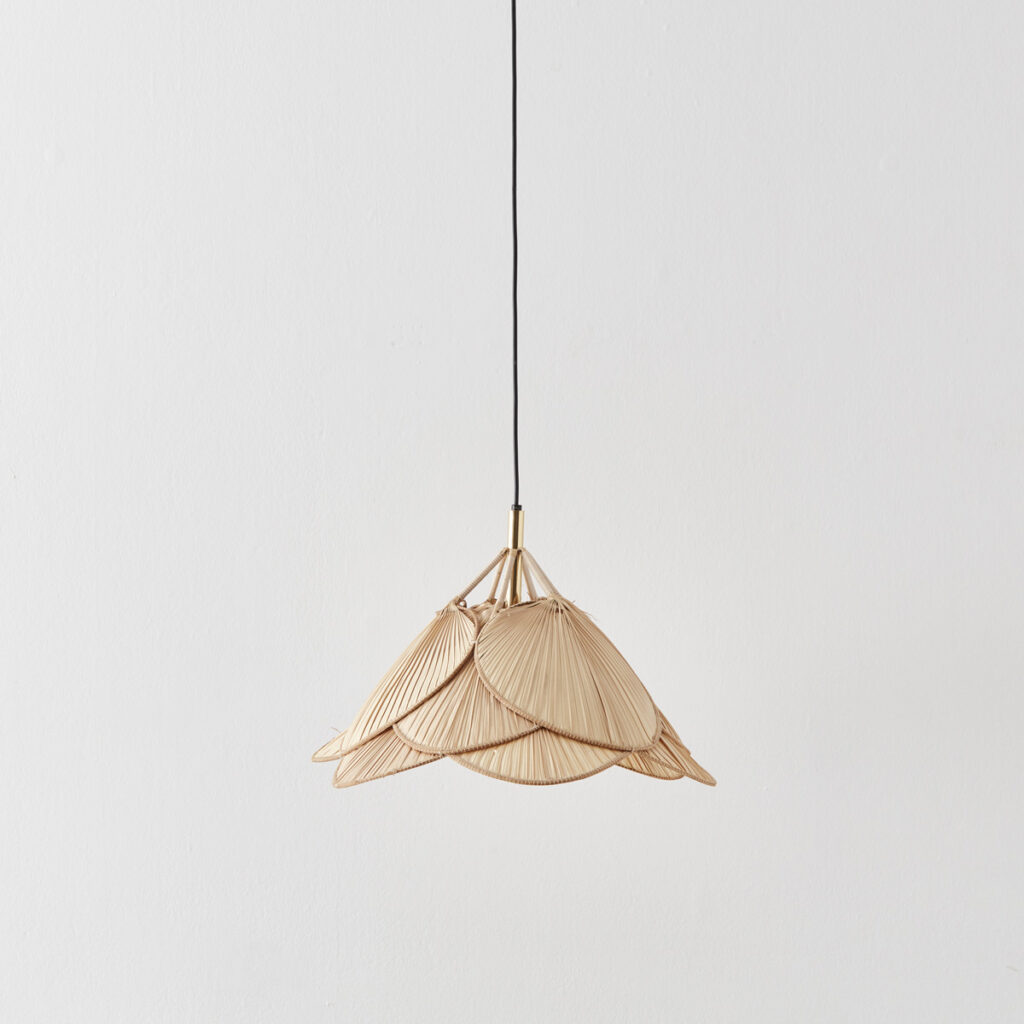 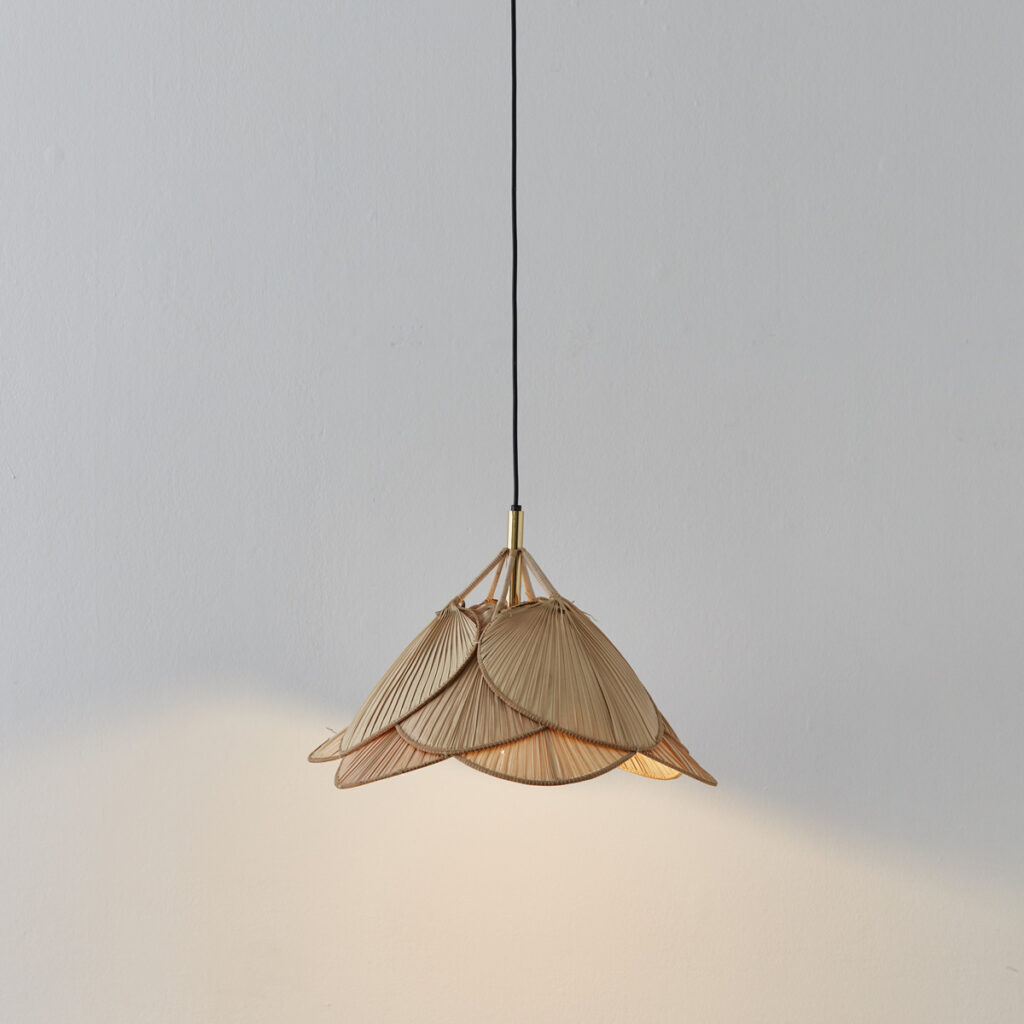 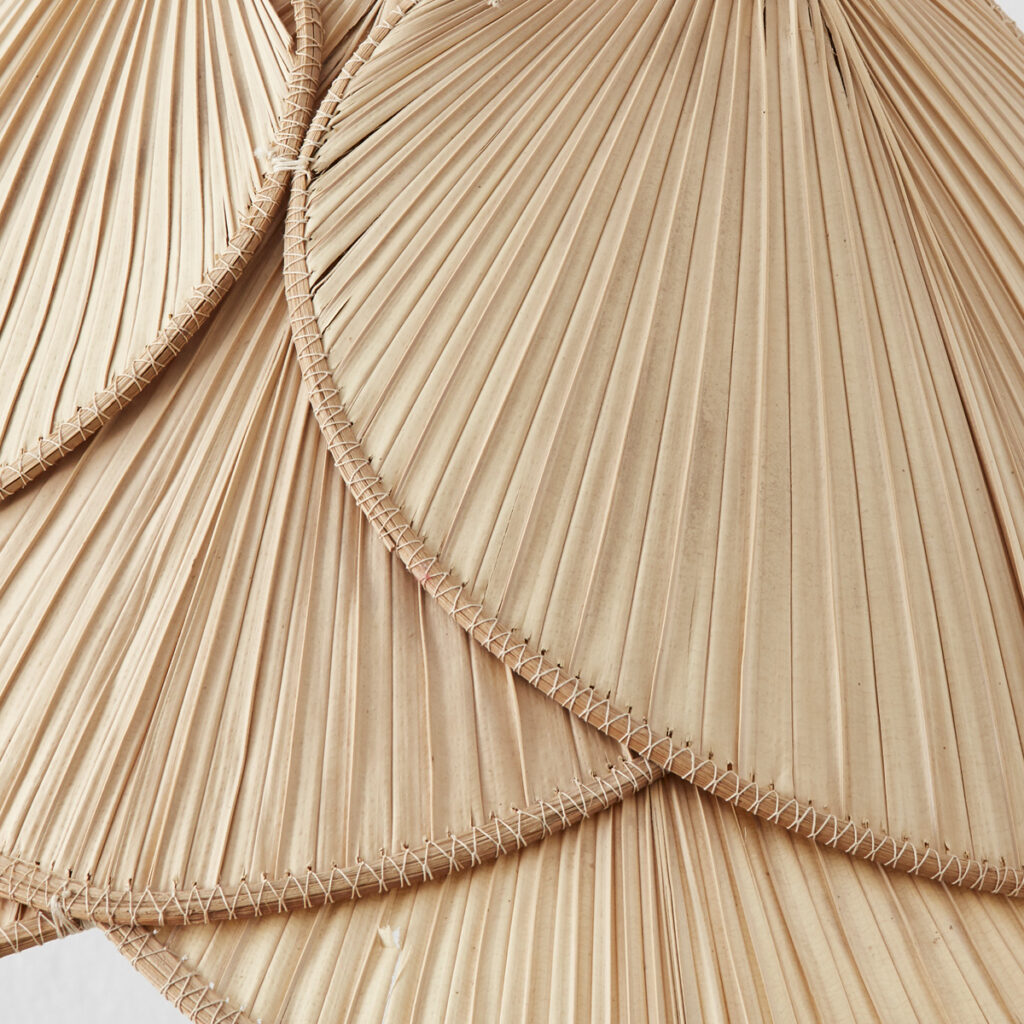 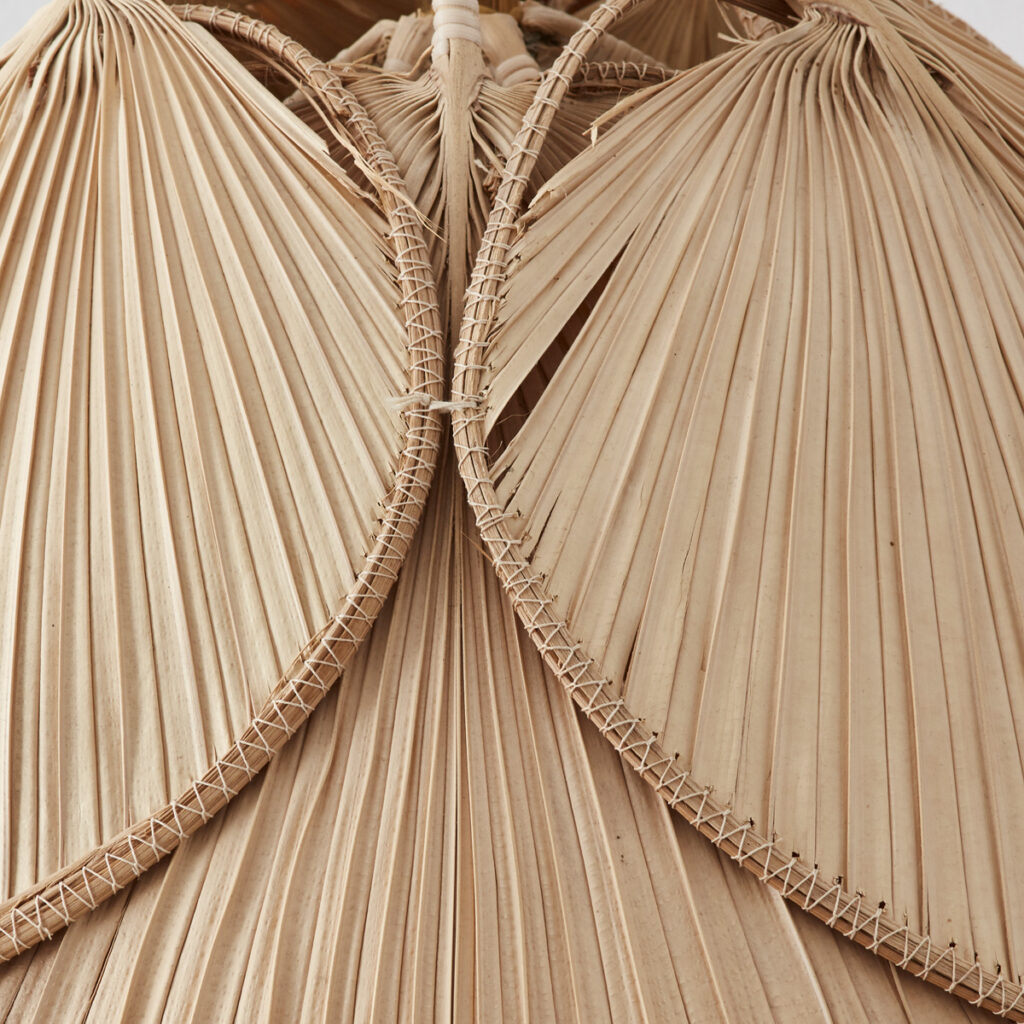 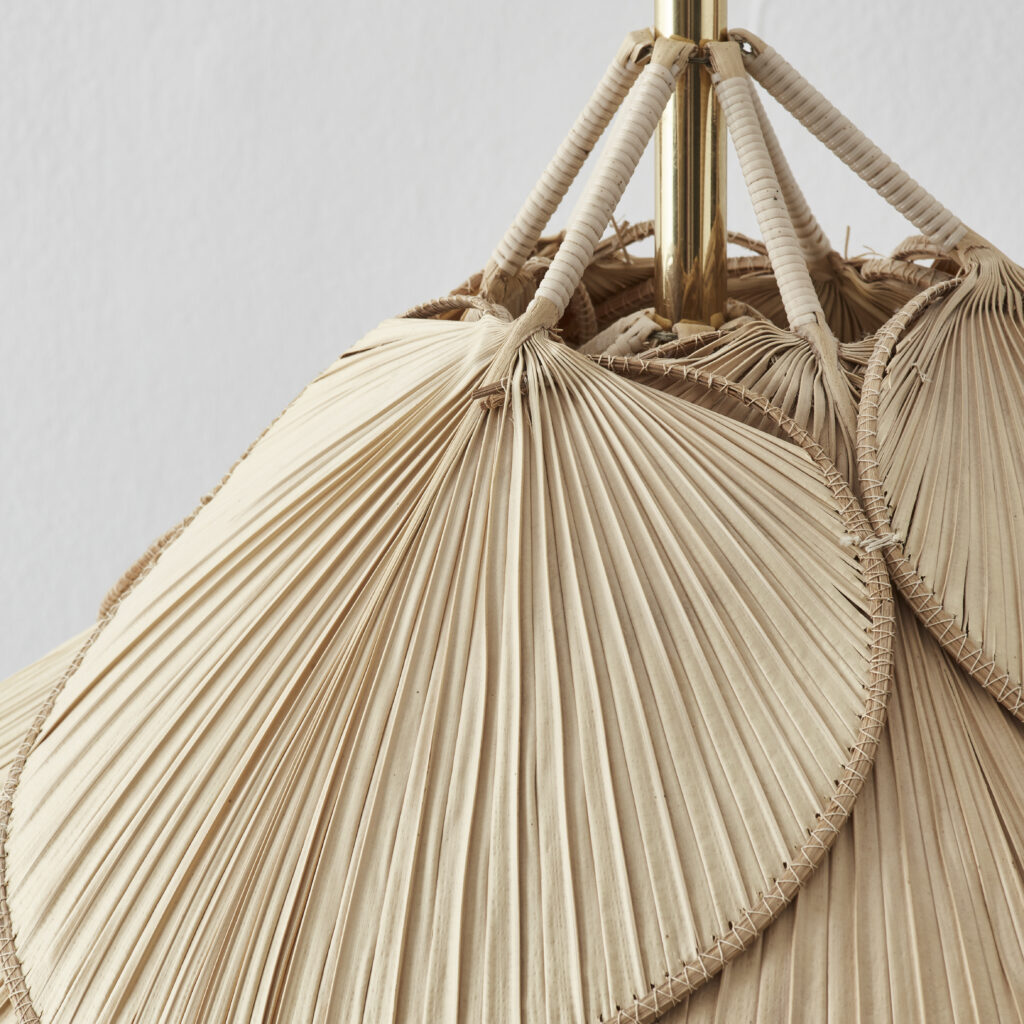 Known as a ‘poet of light’, Munich-based Ingo Maurer was at the forefront of lighting innovations, blending form and function in his often whimsical designs. This delicate bamboo pendant is part of his Uchiwa series, borrowing from traditional Japanese techniques of fan making to create graceful new organic forms. The light has a core structure formed from thin wooden struts that have been sandwiched and laminated in paper. Its golden tones emit a warm glow.

In very good vintage condition with minimal signs of wear – which is unusual; normally
these are found with tears or holes.