Mailing List
Sign up to our mailer to keep up to date with out latest stock and events. Alternatively, contact us at info@betonbrut.co.uk.
Ibens and Bataille TE21 dining table, 't Spectrum, Netherlands, 1970s | Béton Brut 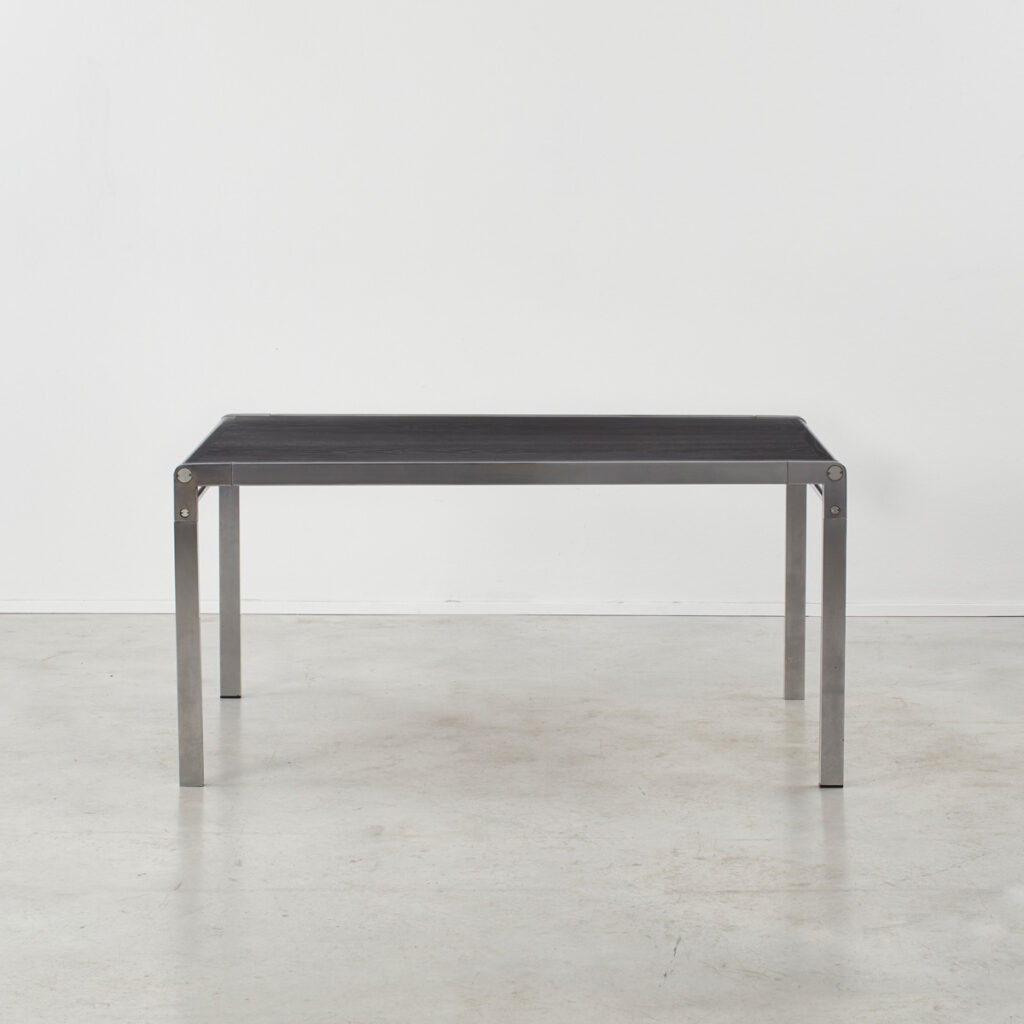 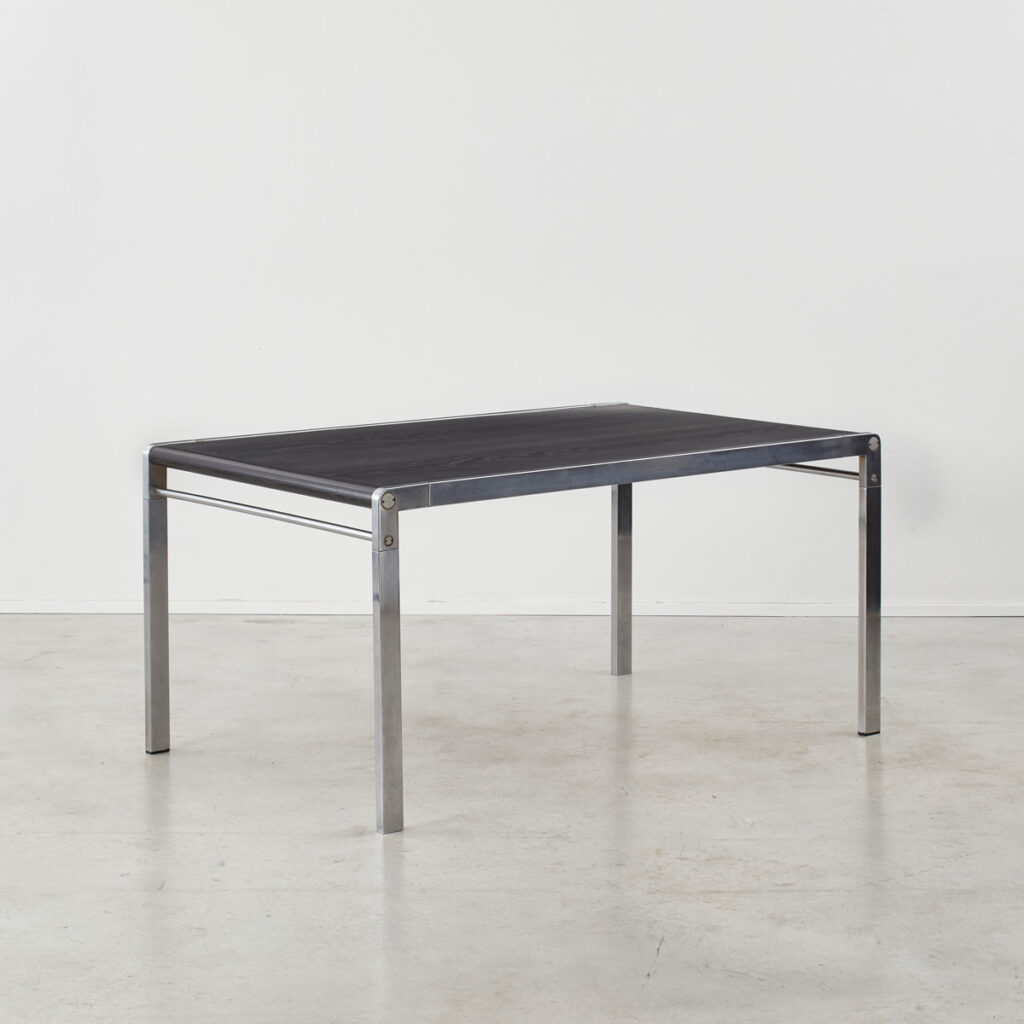 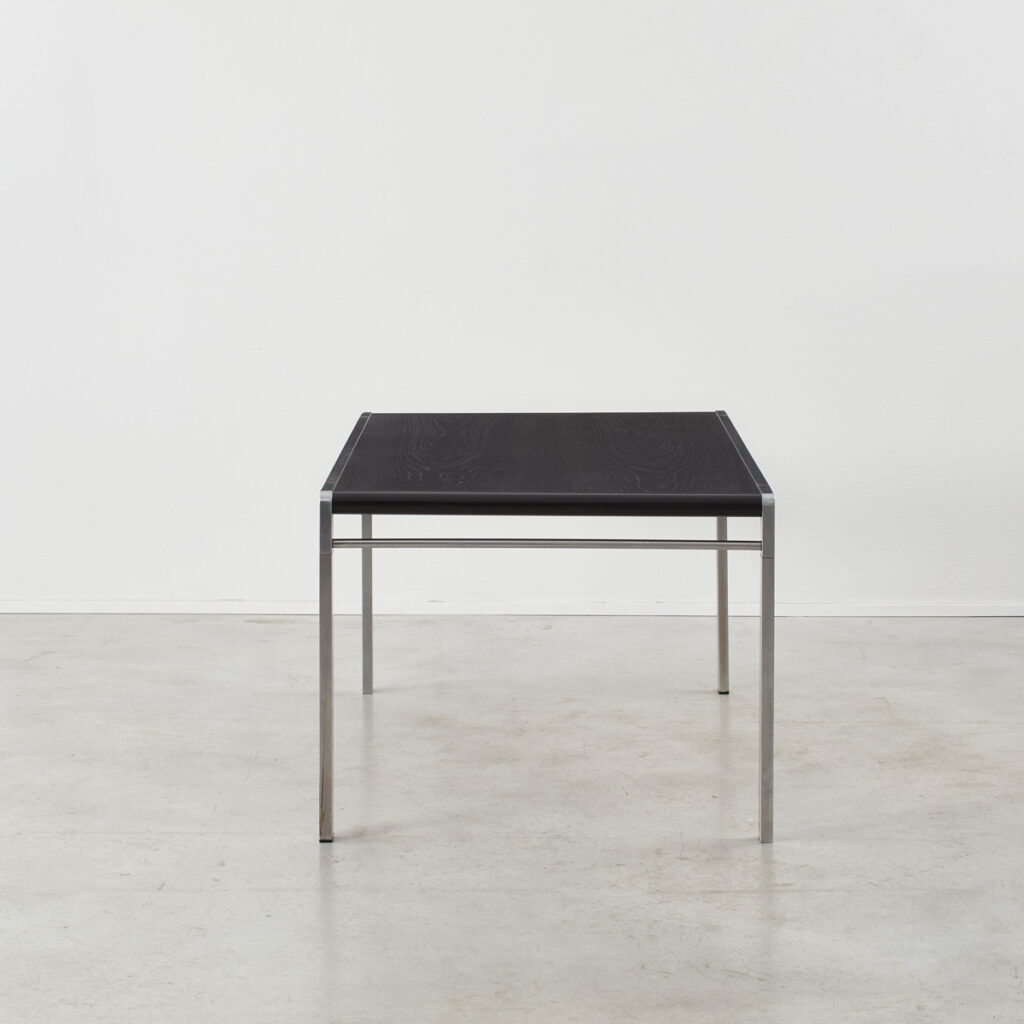 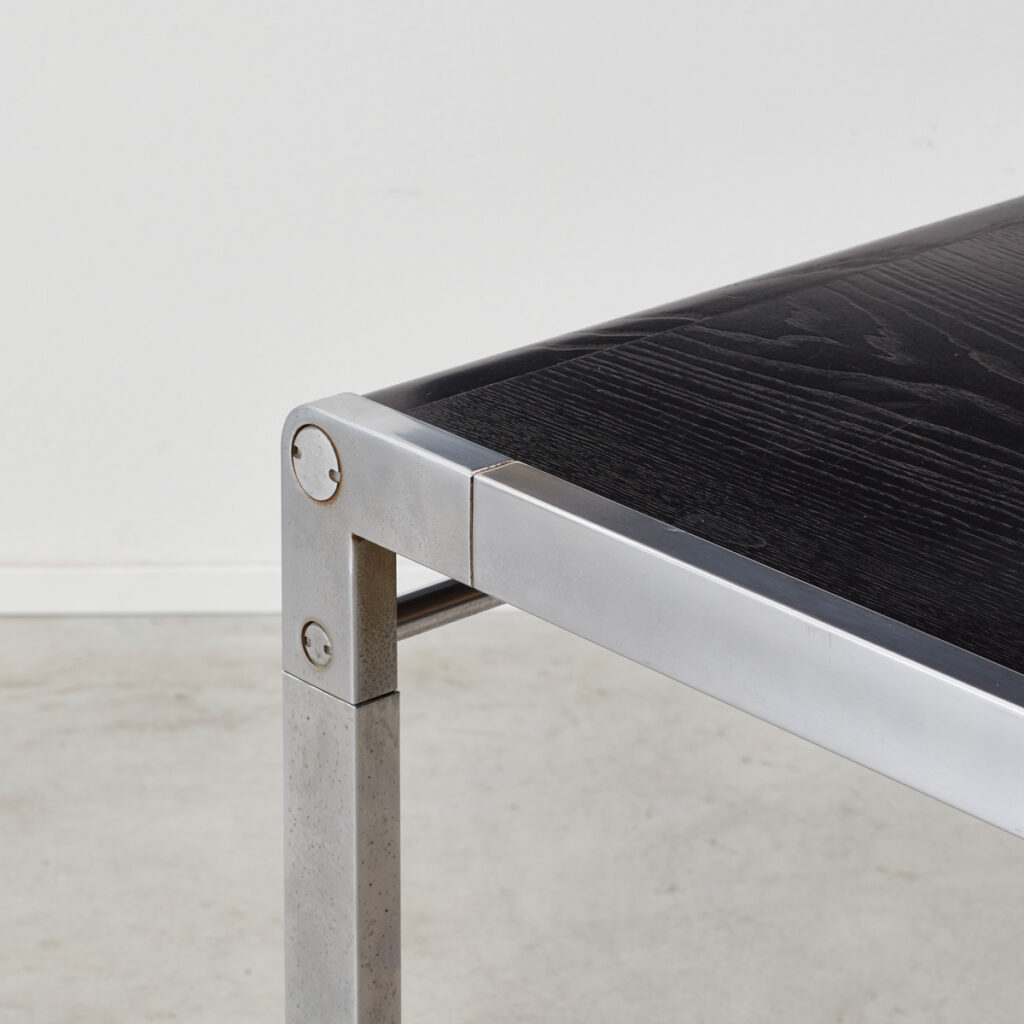 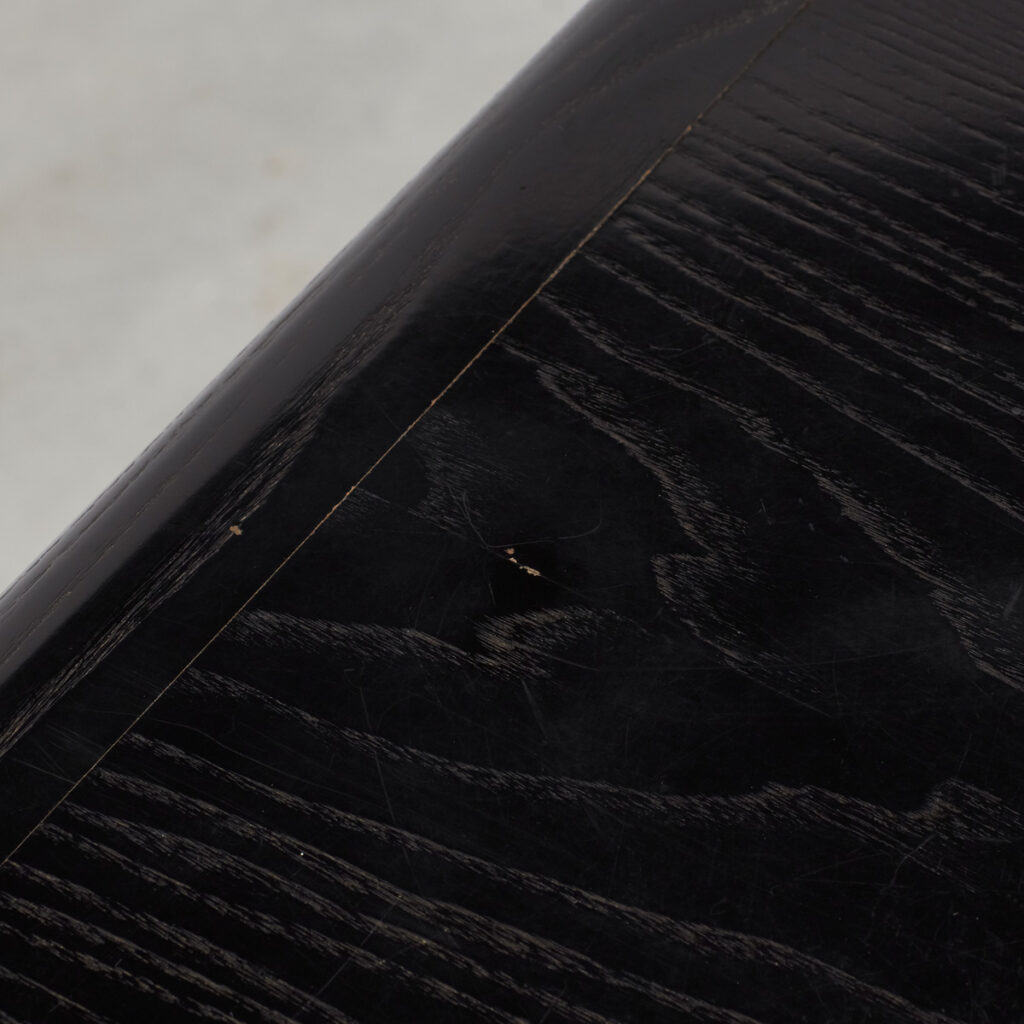 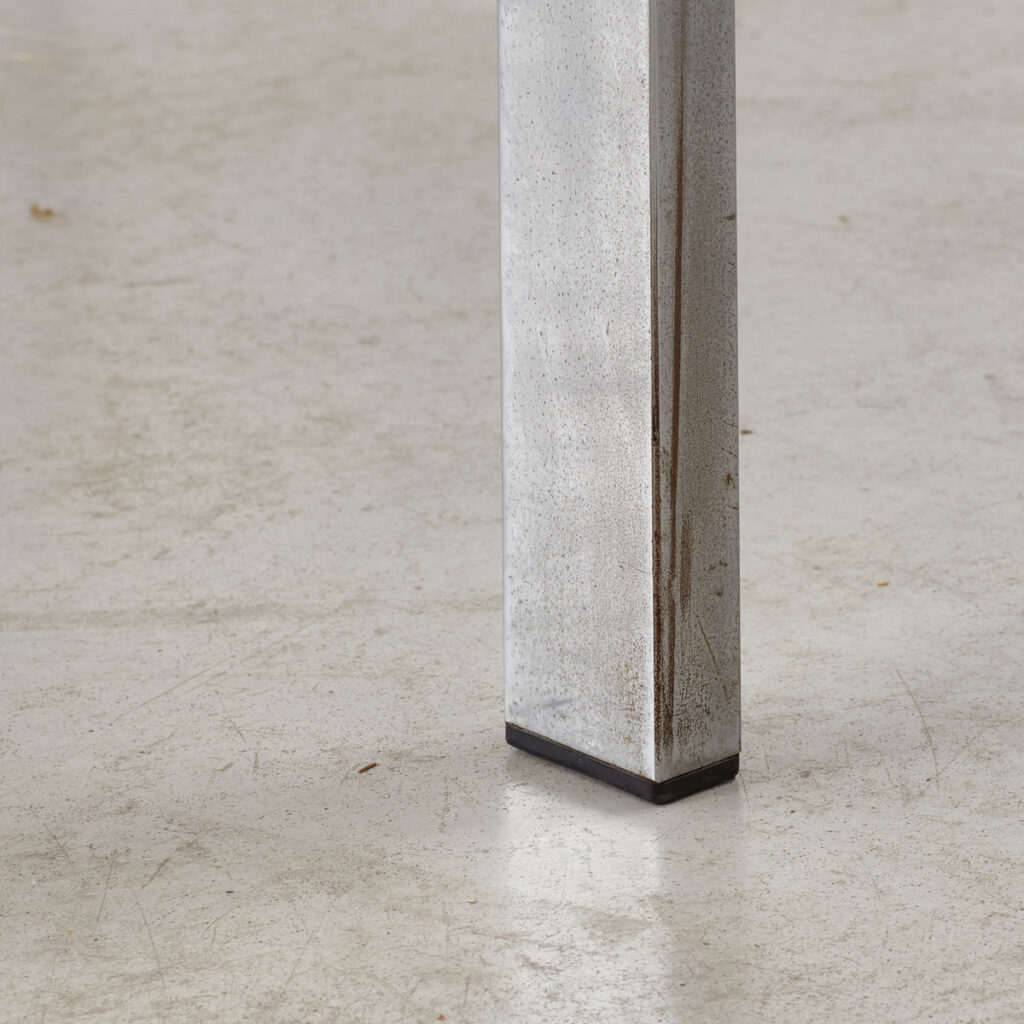 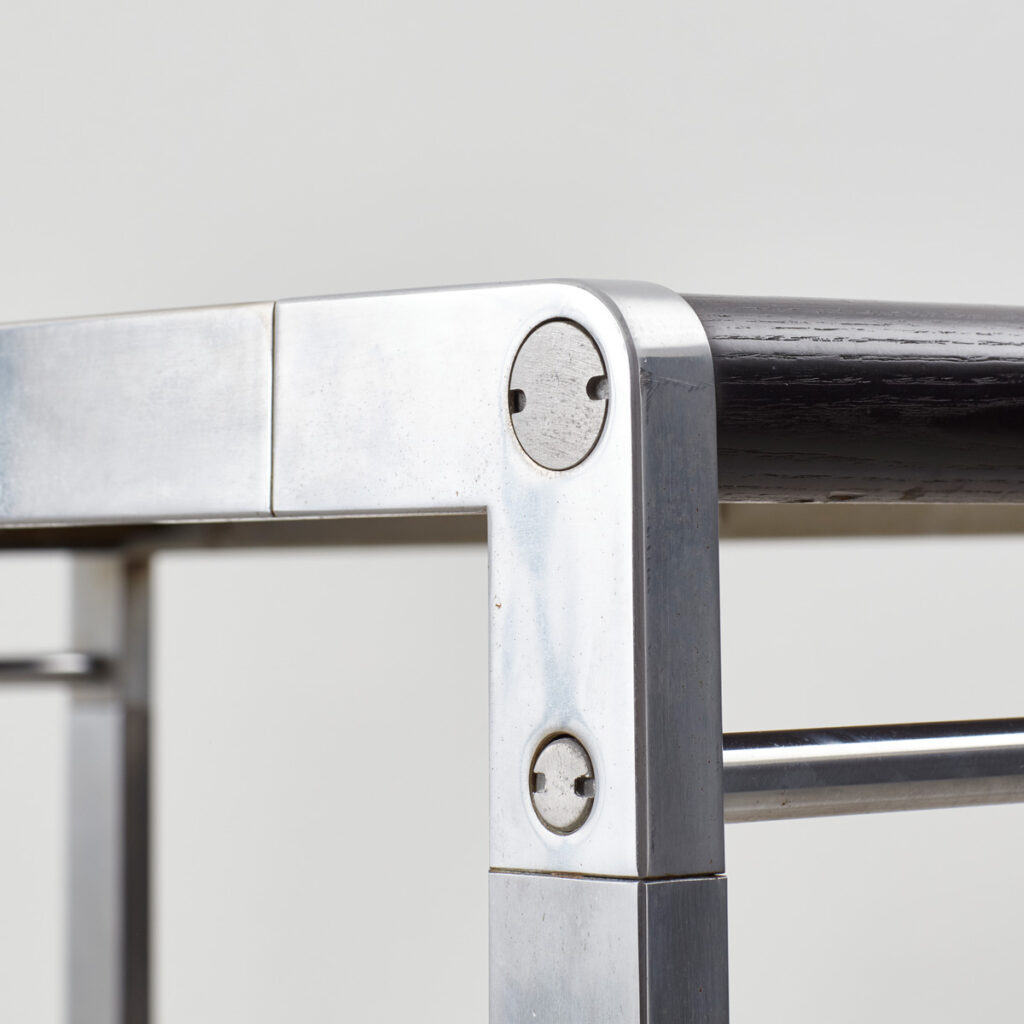 Paul Ibens and Claire Bataille met at the Henry Van de Velde Institute in Antwerp in the early 1960s. They formed a creative partnership in 1968 which has lasted for over four decades. An early result of this productive professional relationship is the TE21 dining table, with its subtle, sleek and restrained character. The stainless-steel frame does not disguise its structural components and has a rounded edge at the corners that run flush to the short sides of the suitably grainy black wooden top.

One original fixing missing, to be replaced. Patina on chrome. Minor scratches to top.