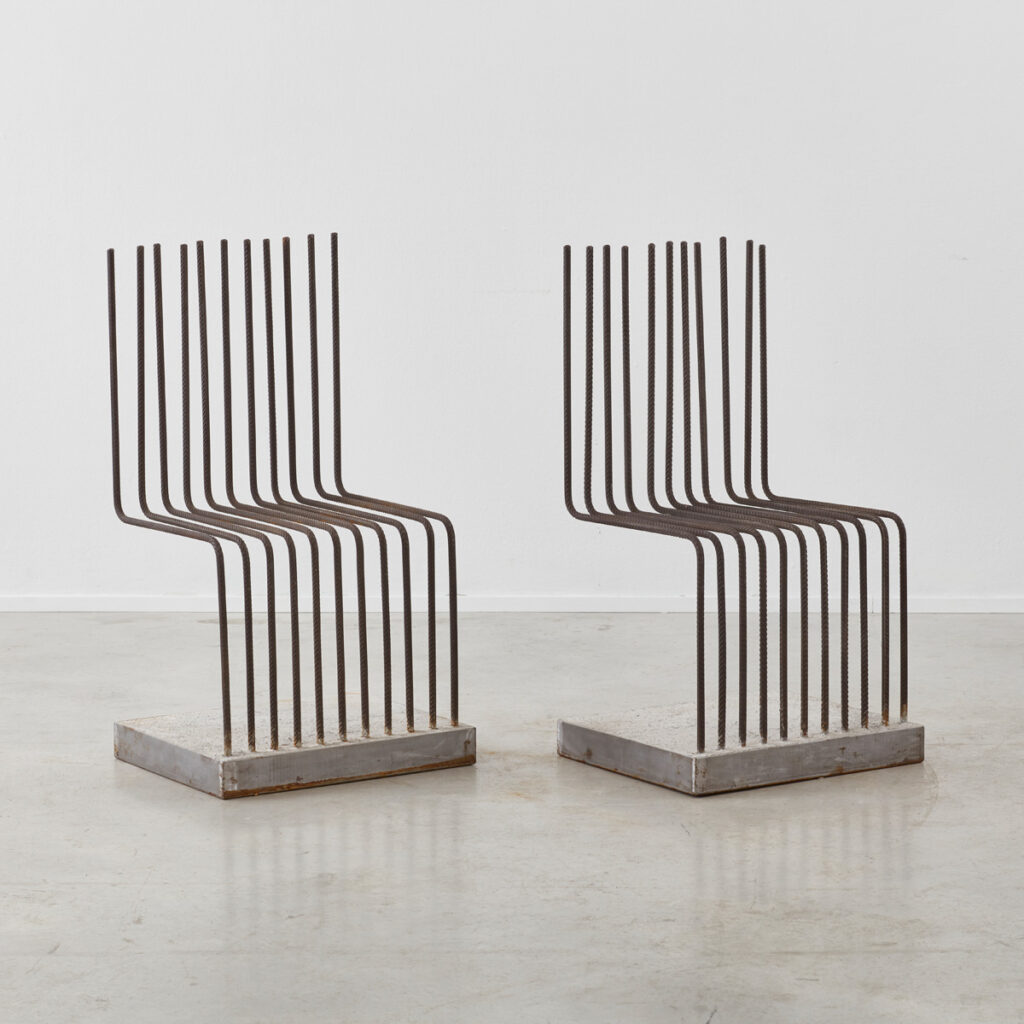 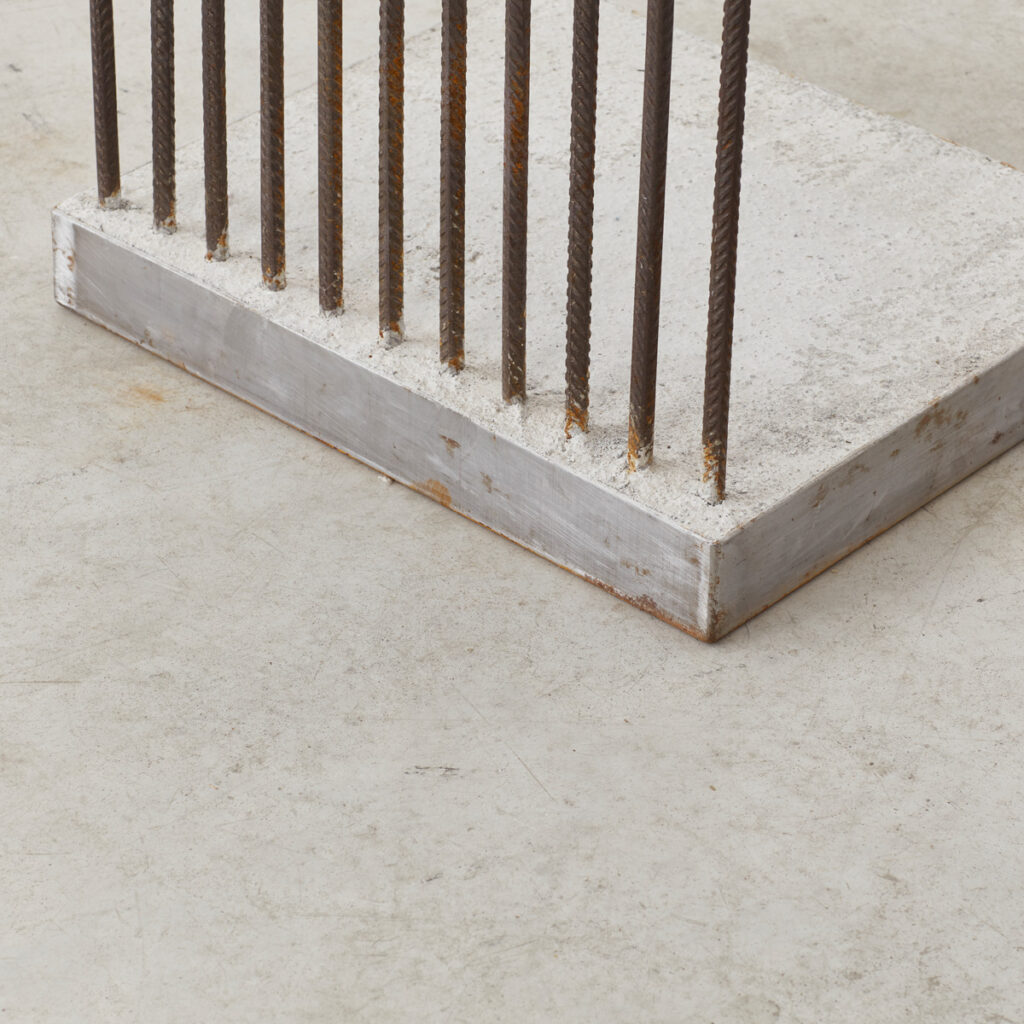 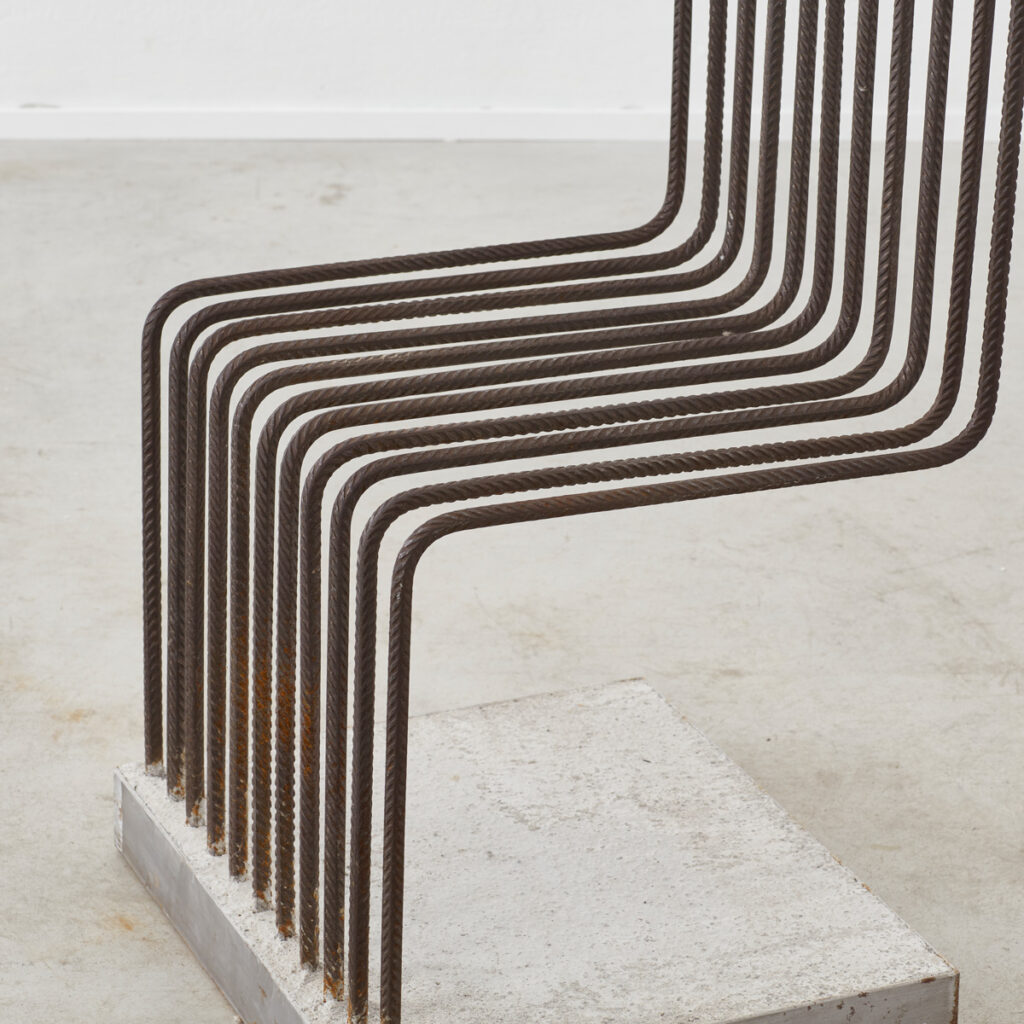 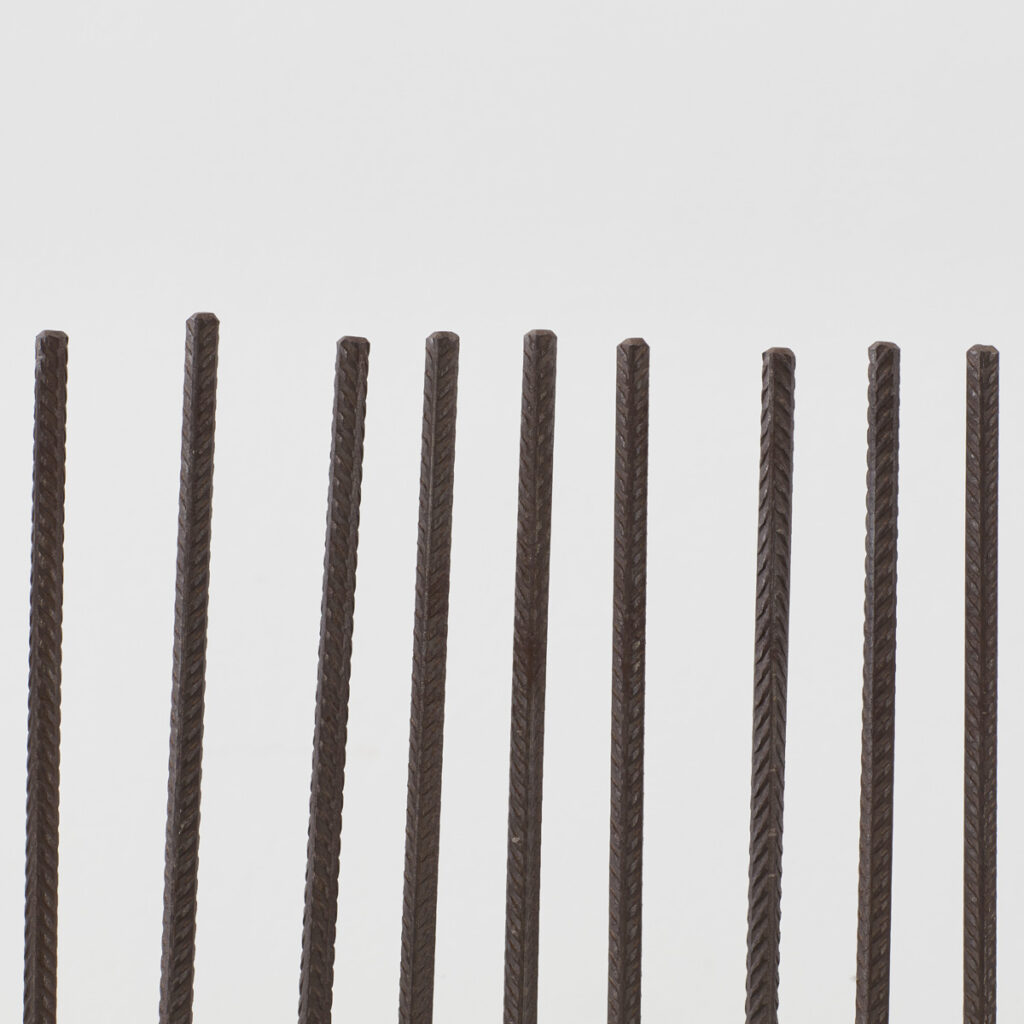 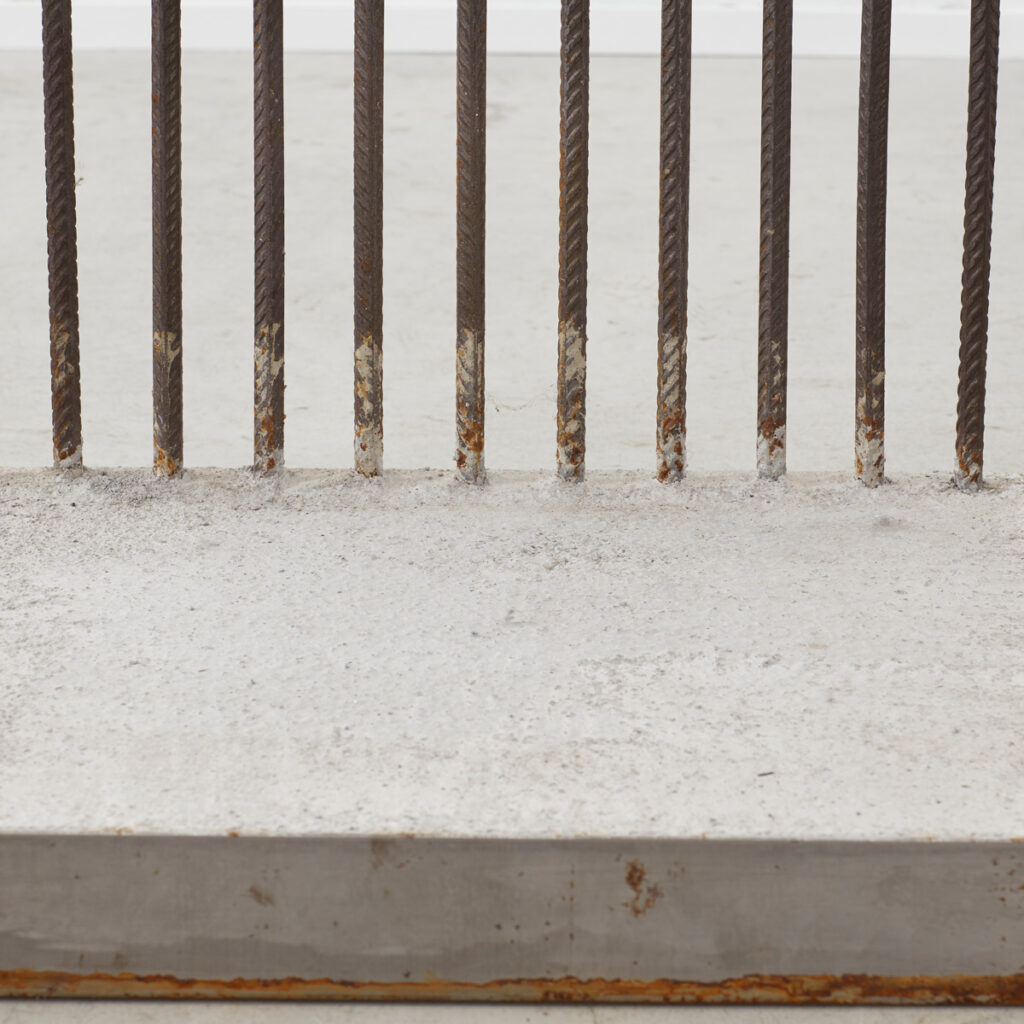 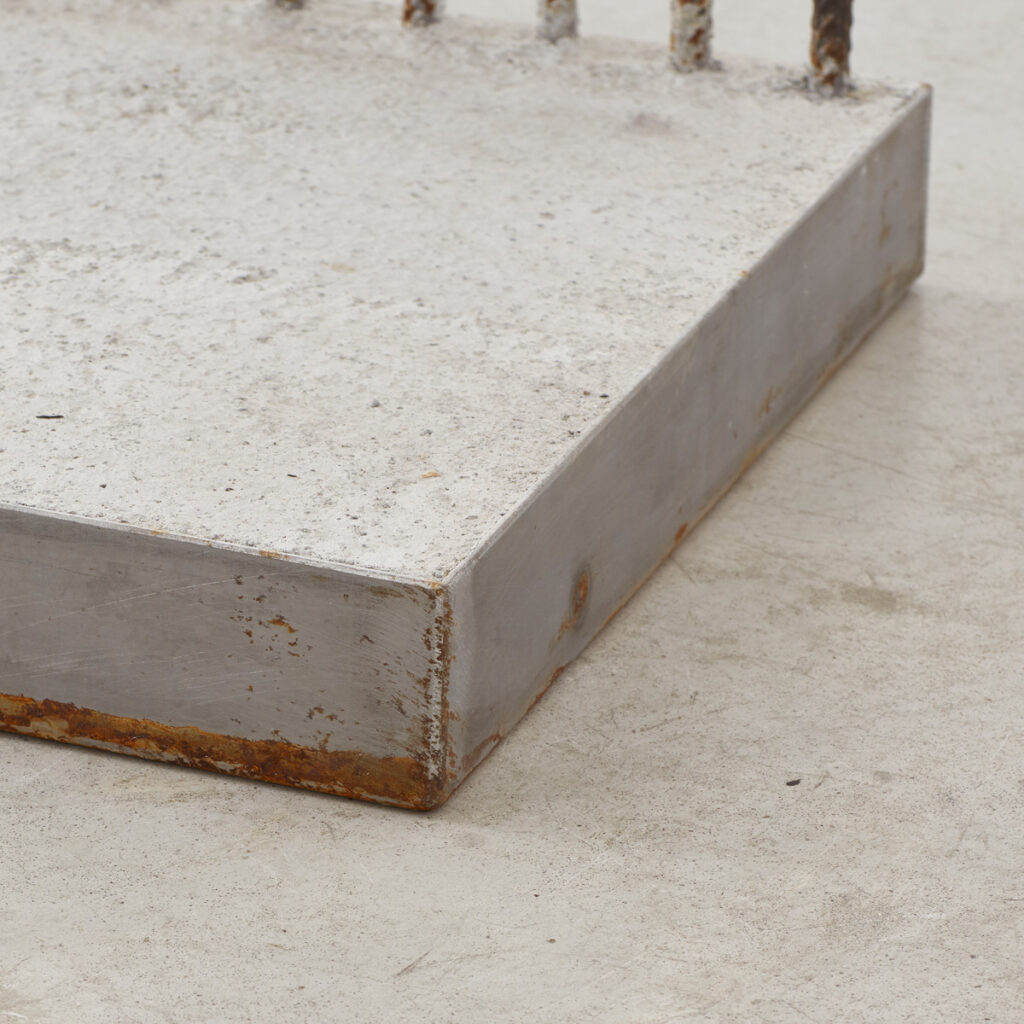 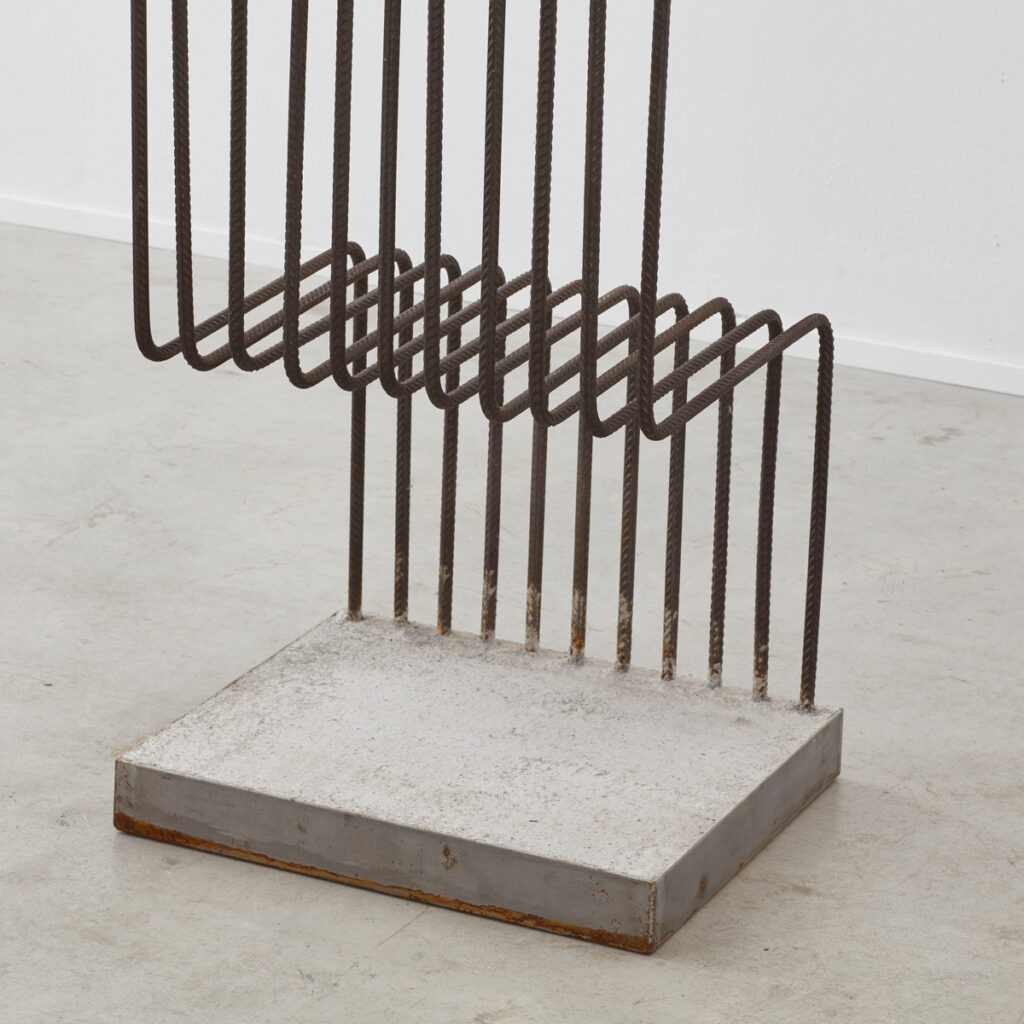 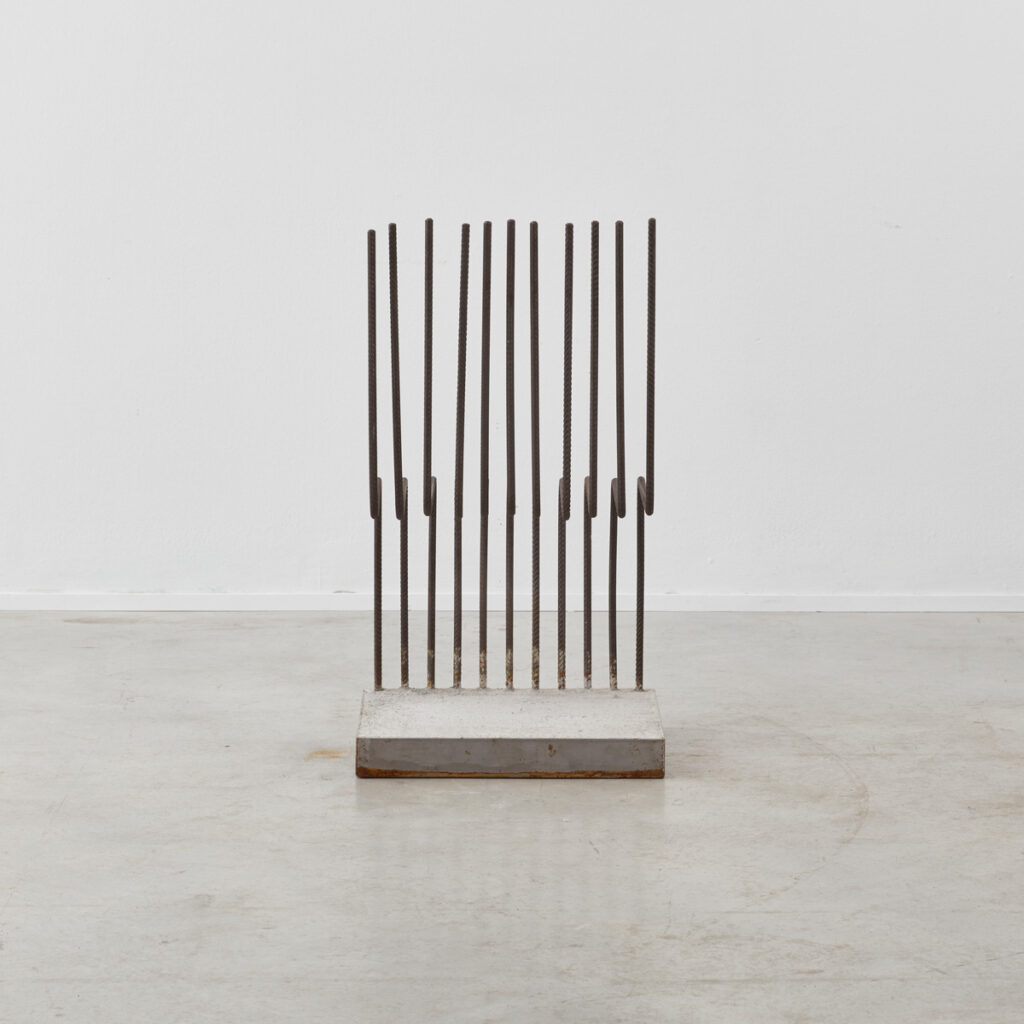 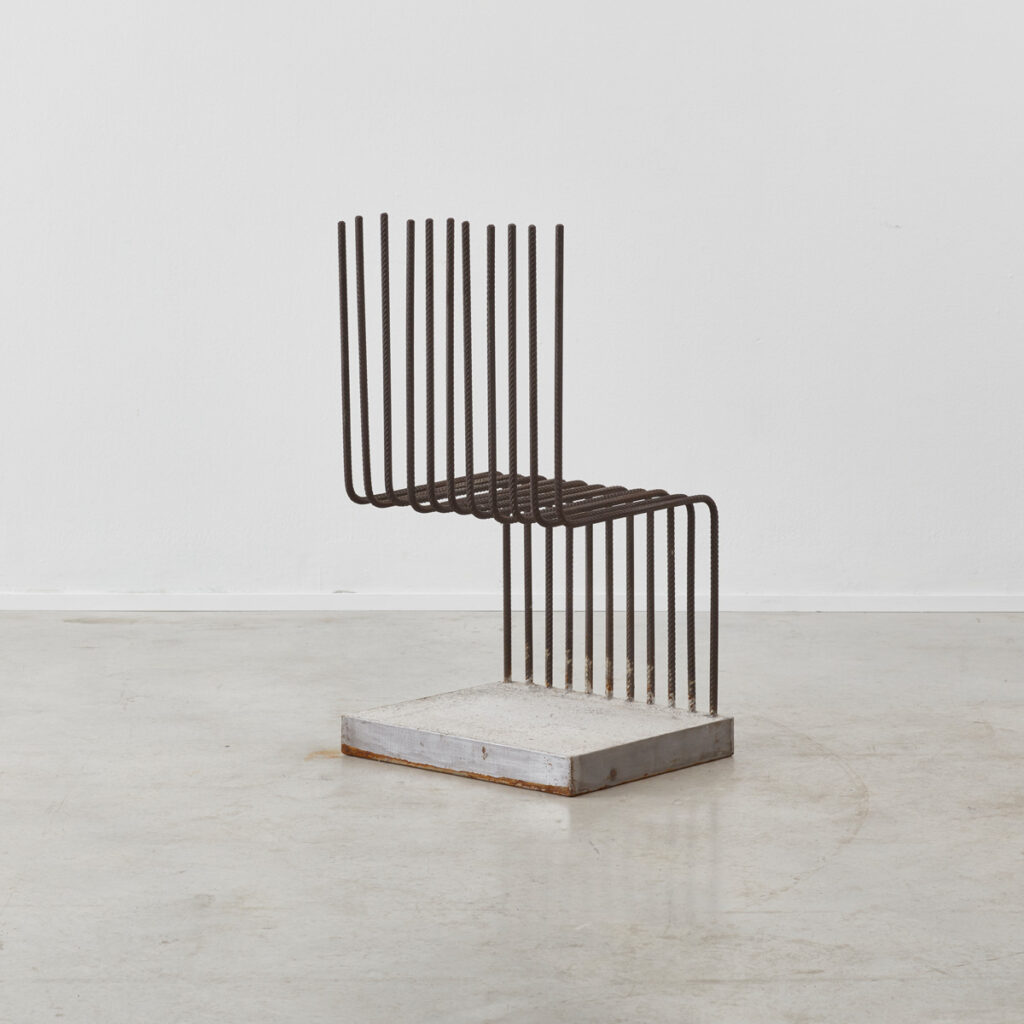 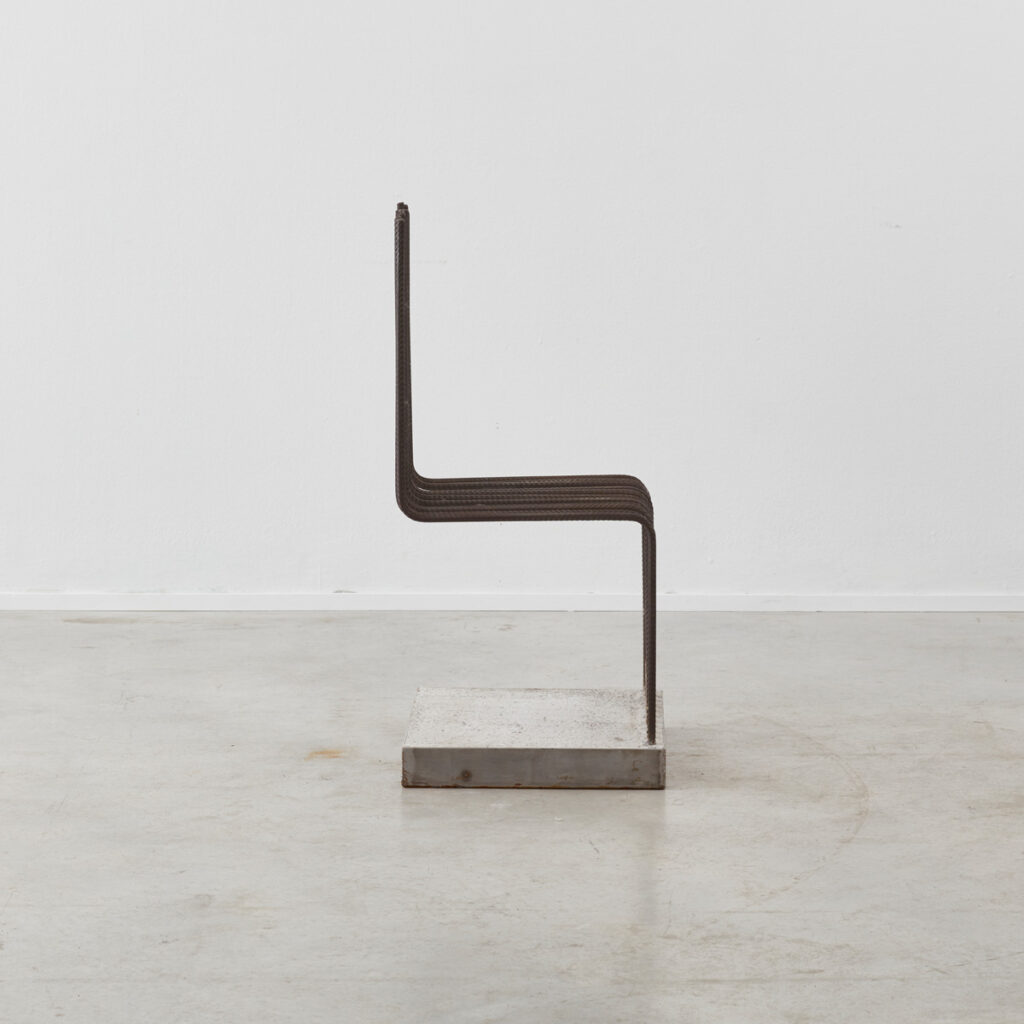 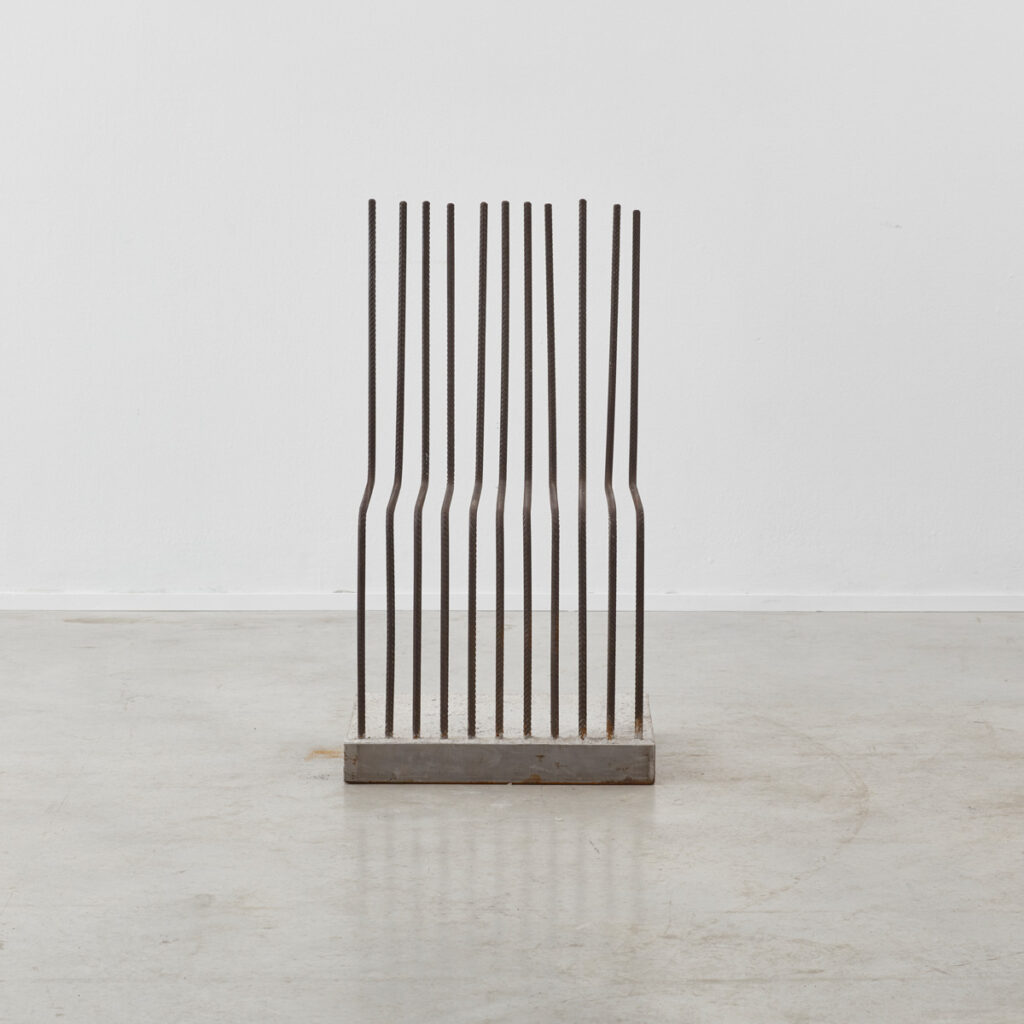 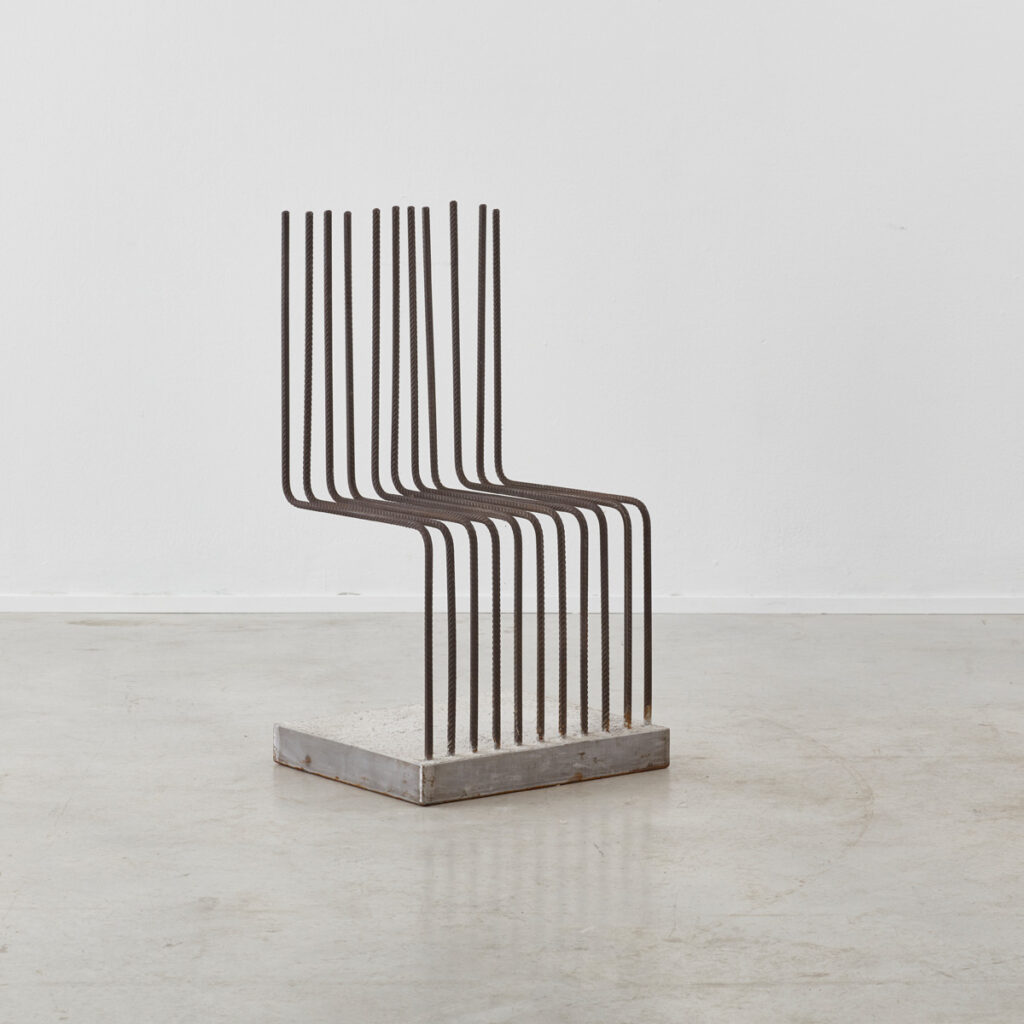 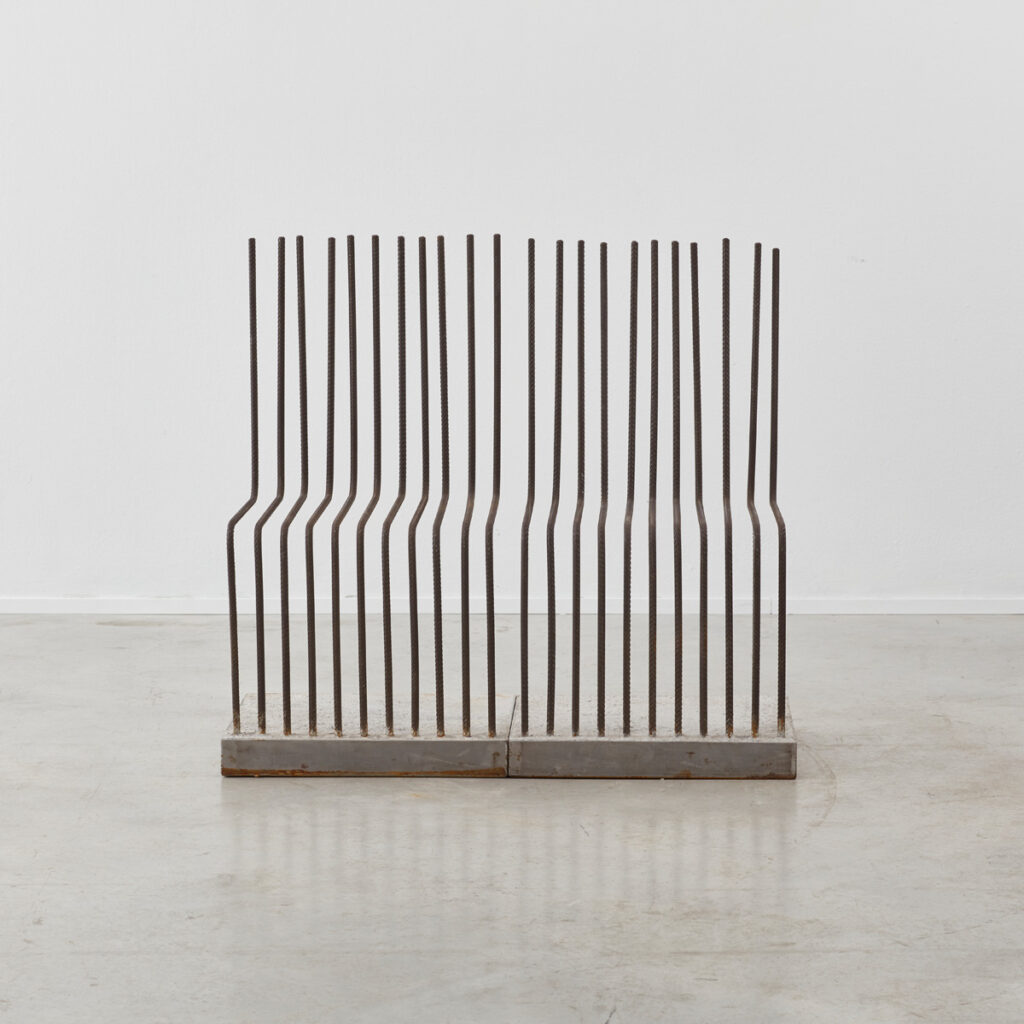 Postmodernism took many forms in the 80s. Both the Italian Memphis Group and the German “Neues Deutsches Design” subverted the expectation that design should aspire to functionalism, but whereas the former celebrated synthetic, whimsy and bright colours, the Northern European movement preferred gritty industrialism. Heinz Landes’s (1961-present) Solid Chair epitomises this rough, rebellious aesthetic, a design equivalent of post-punk. Landes, an independent artist living and working in Germany, constructed it in the year he left the University for Applied Design in Pforzheim. Looking like a set of pliant reinforcing rods growing from a block of structural concrete, the chair exudes a brooding mechanical grandeur. Versions of it have been owned by Die Neue Sammlung, Munich and Museum für Kunst und Gewerbe, Hamburg.

There are some signs of rusting to the base, but otherwise it is in great structural condition. The is some unevenness to the rods, it is not clear if this was an original design feature.