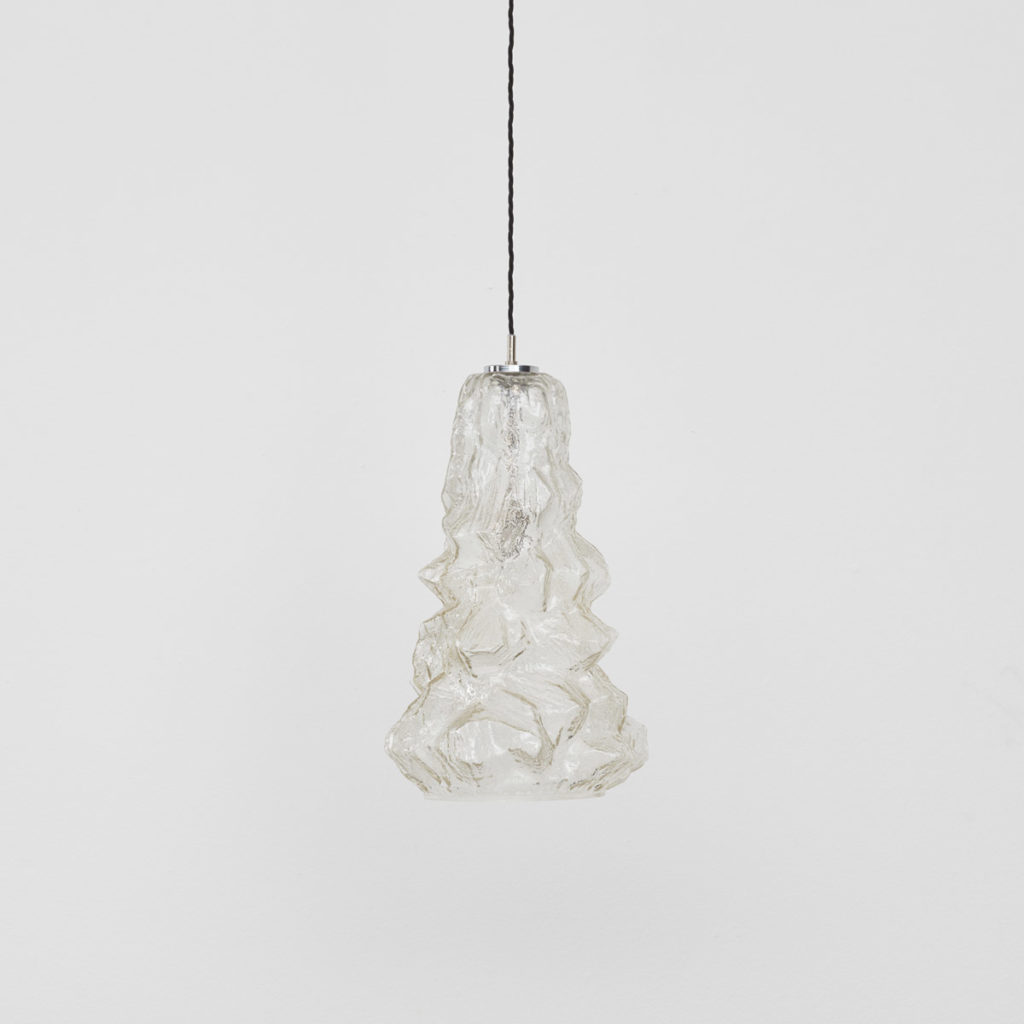 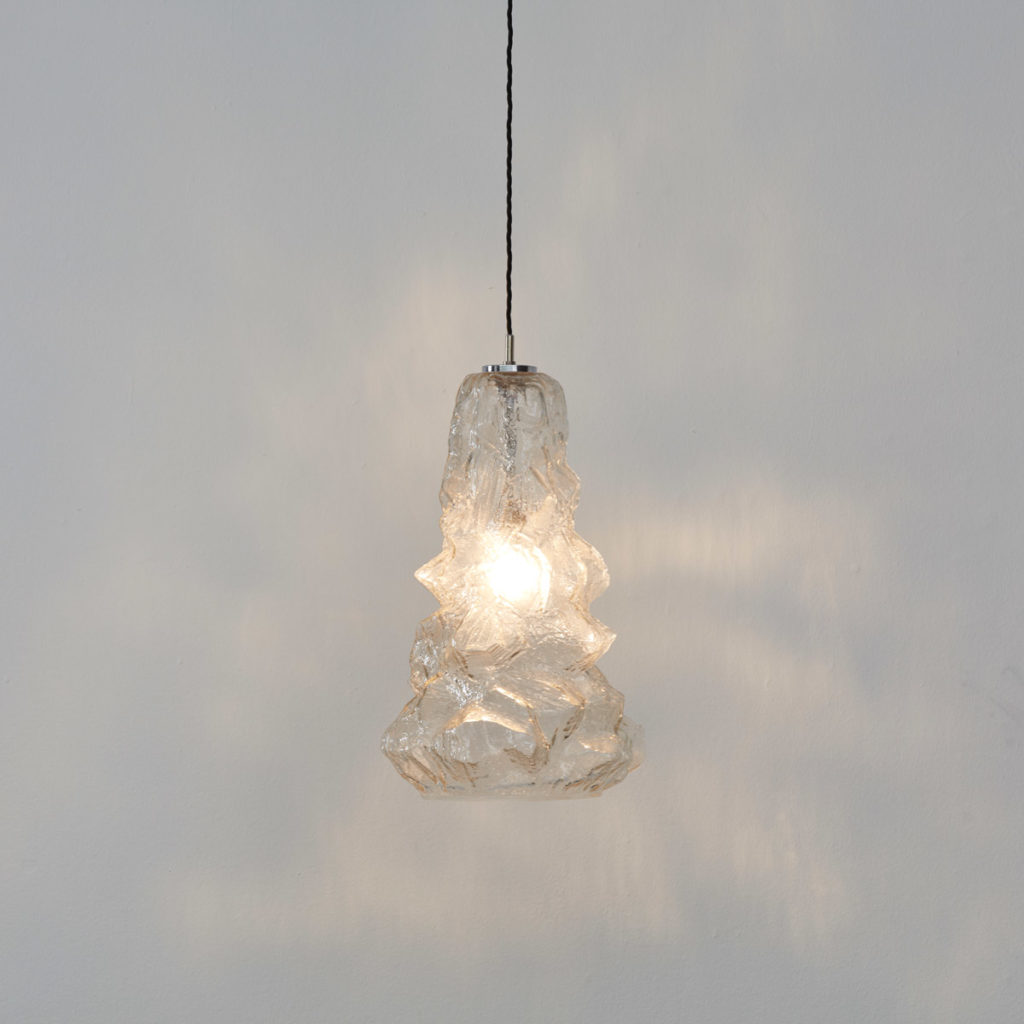 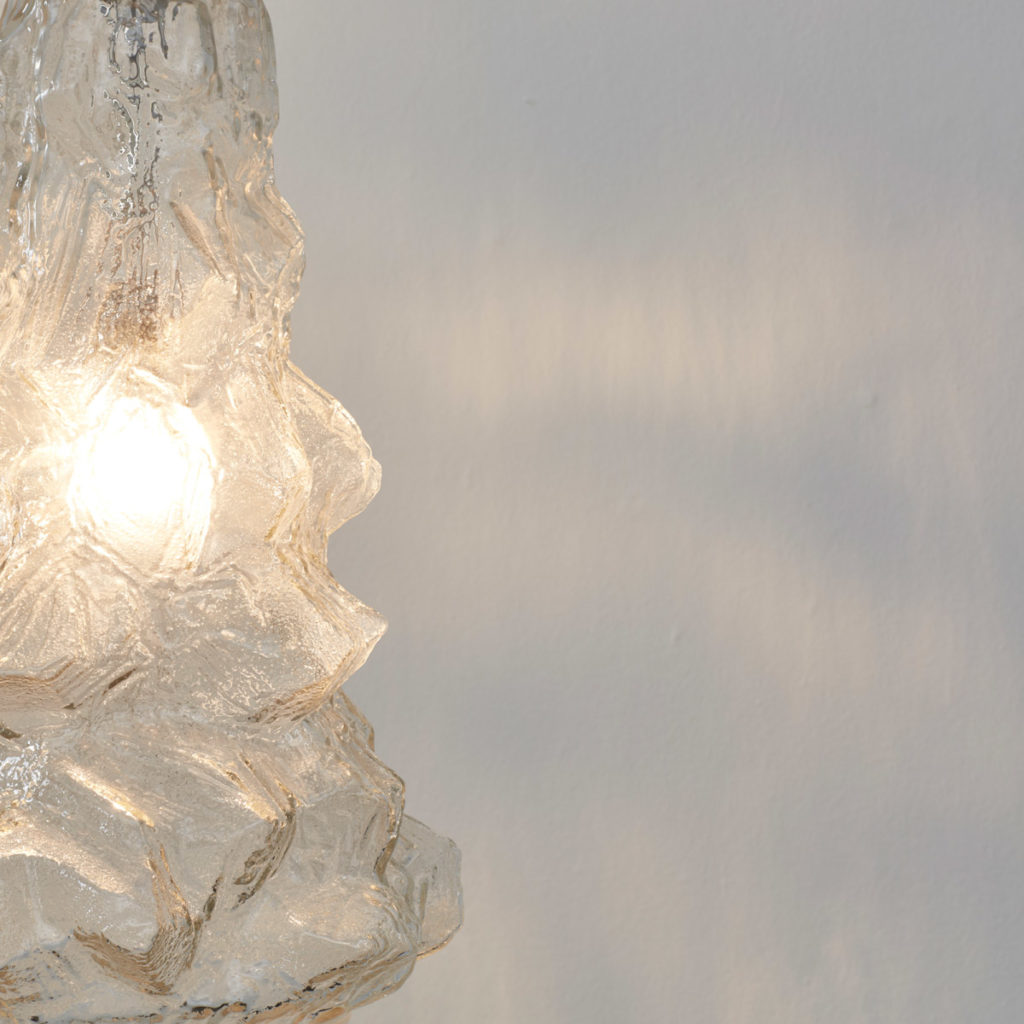 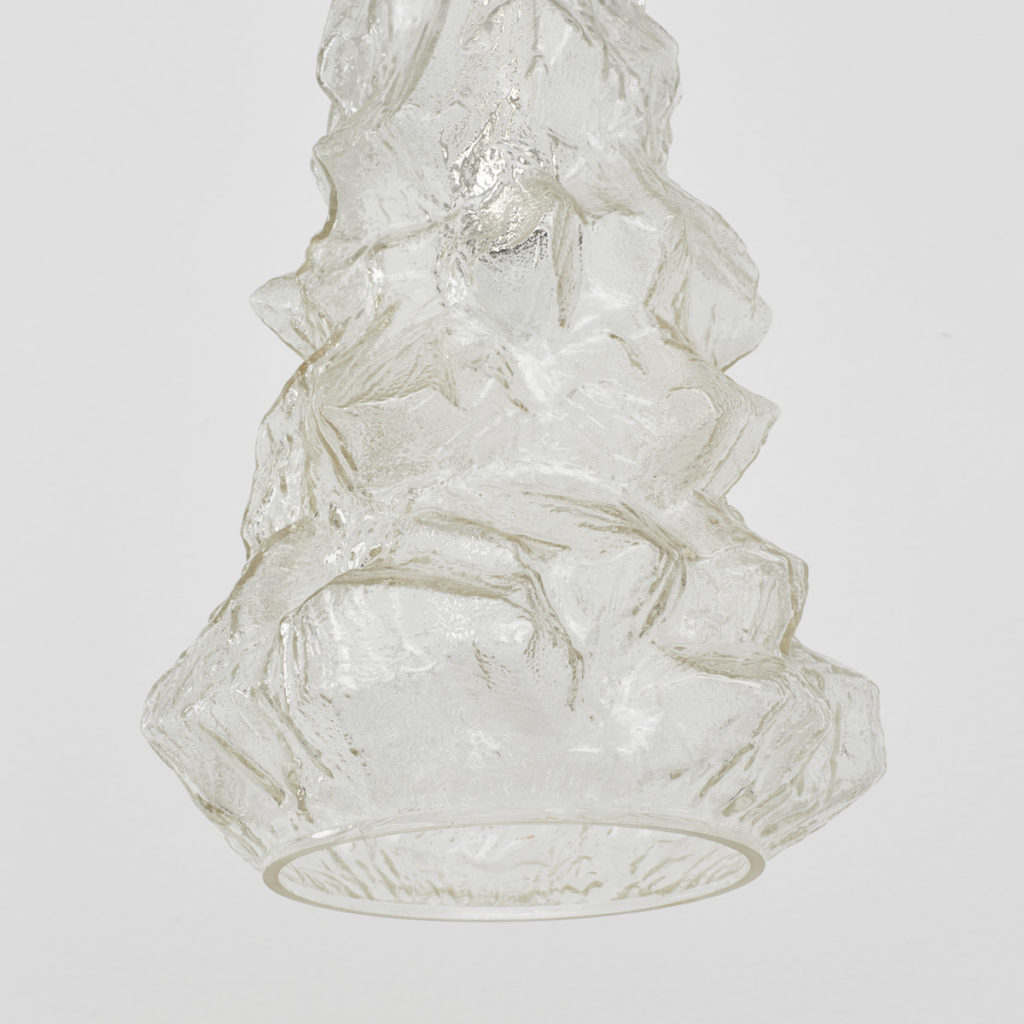 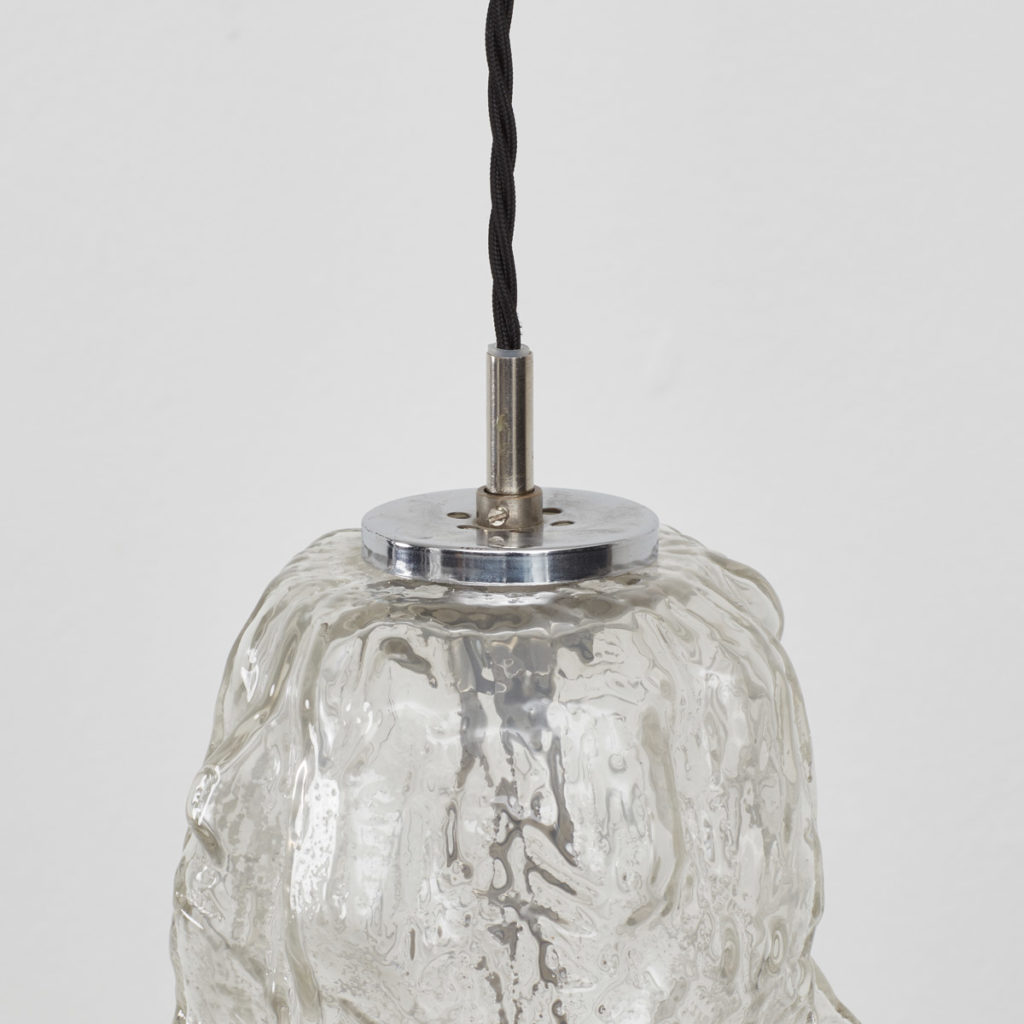 Glashüttenwerk Peill und Sohn was founded in 1903 in Düren, a small town in West Germany. Peill und Sohn merged with Putzler in 1947 as a glass works and lighting company and became Peill + Putzler Glashüttenwerke. The company always worked with important designers such as Wilhelm Wagenfeld, William Brown, Helmut Demary, Aloys Ferdinand Gangkofner, Horst Tüselmann and many others. The company is renowned for its intricate works and high production standard.

This pendant’s form was inspired by frozen glaciers and shards of ice. Made from a lovely thick cast glass, its surfaces natural contours and texture refracts light in an amazing way. The pendant is capped with a neat chromed end which the twisted flex feeds through. Recently re-wired and PAT tested to UK standards and ready to install.