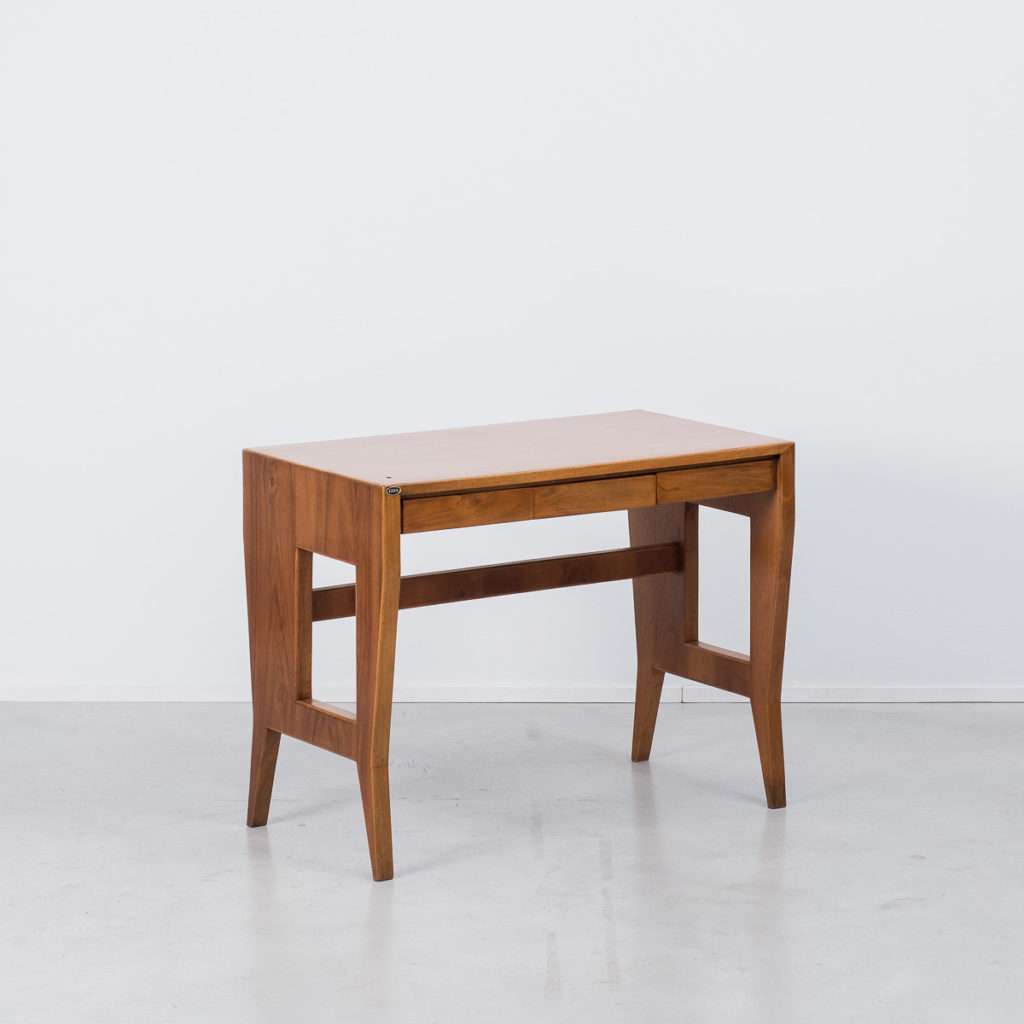 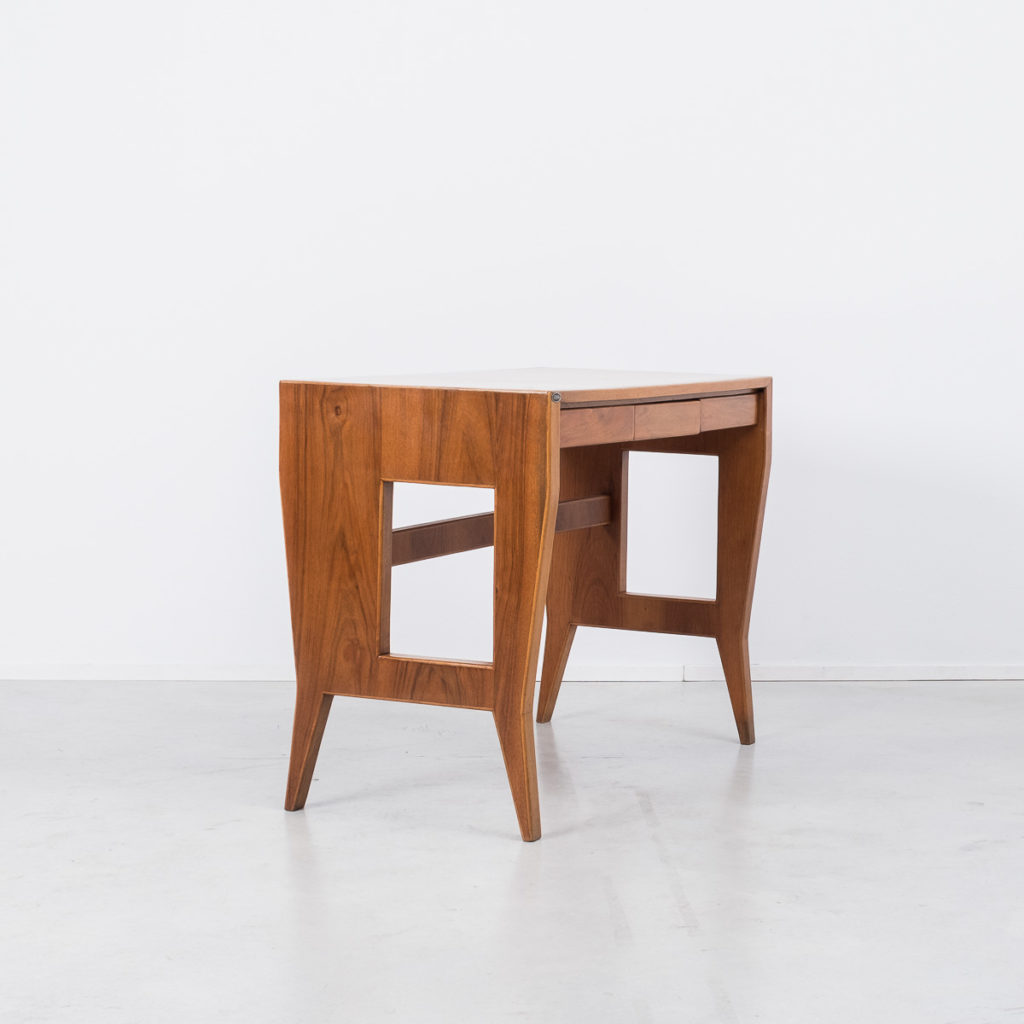 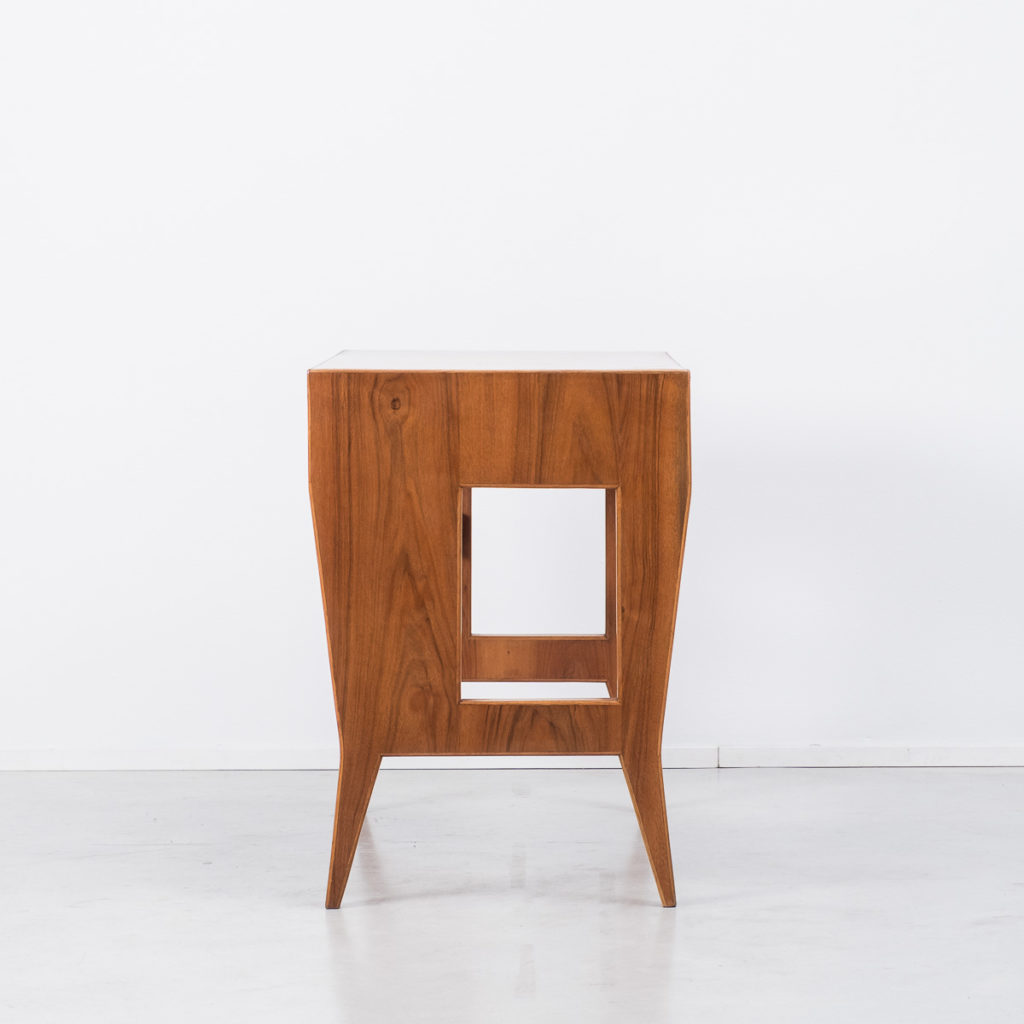 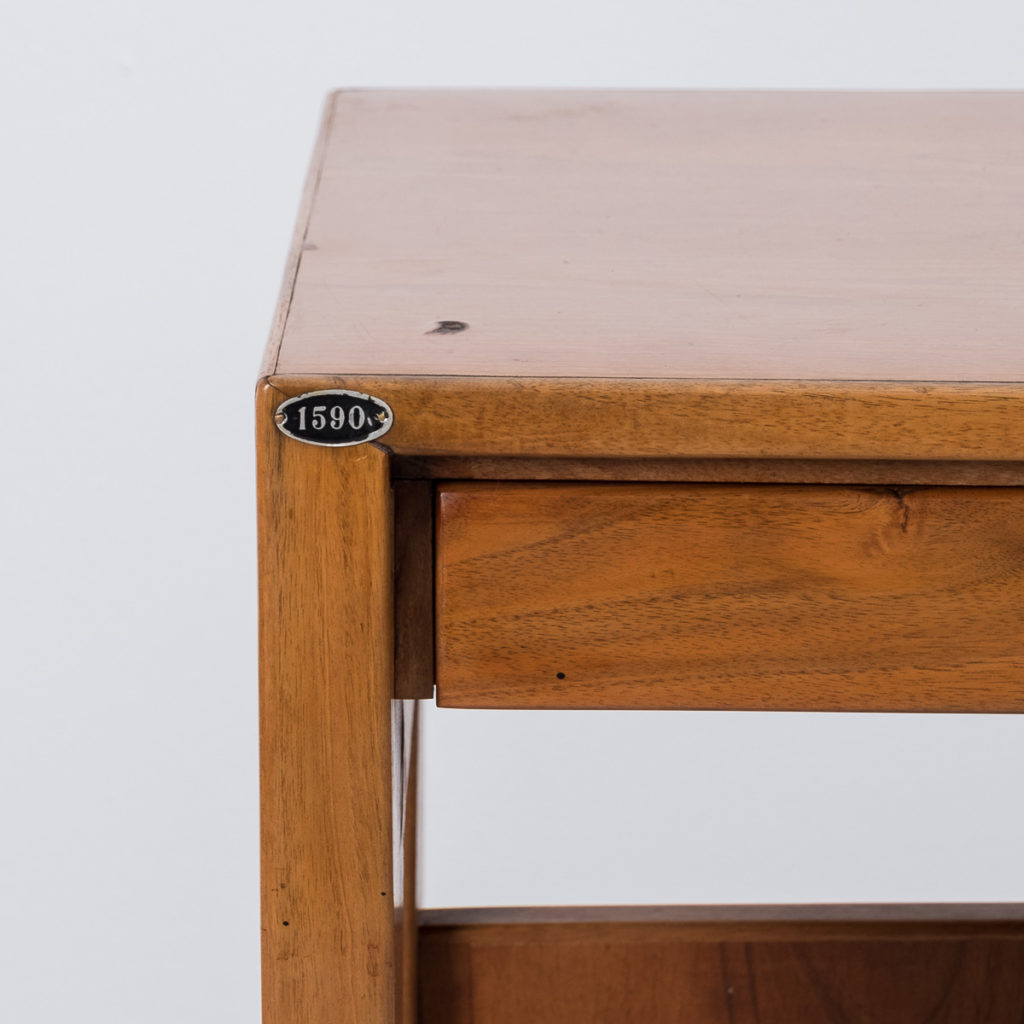 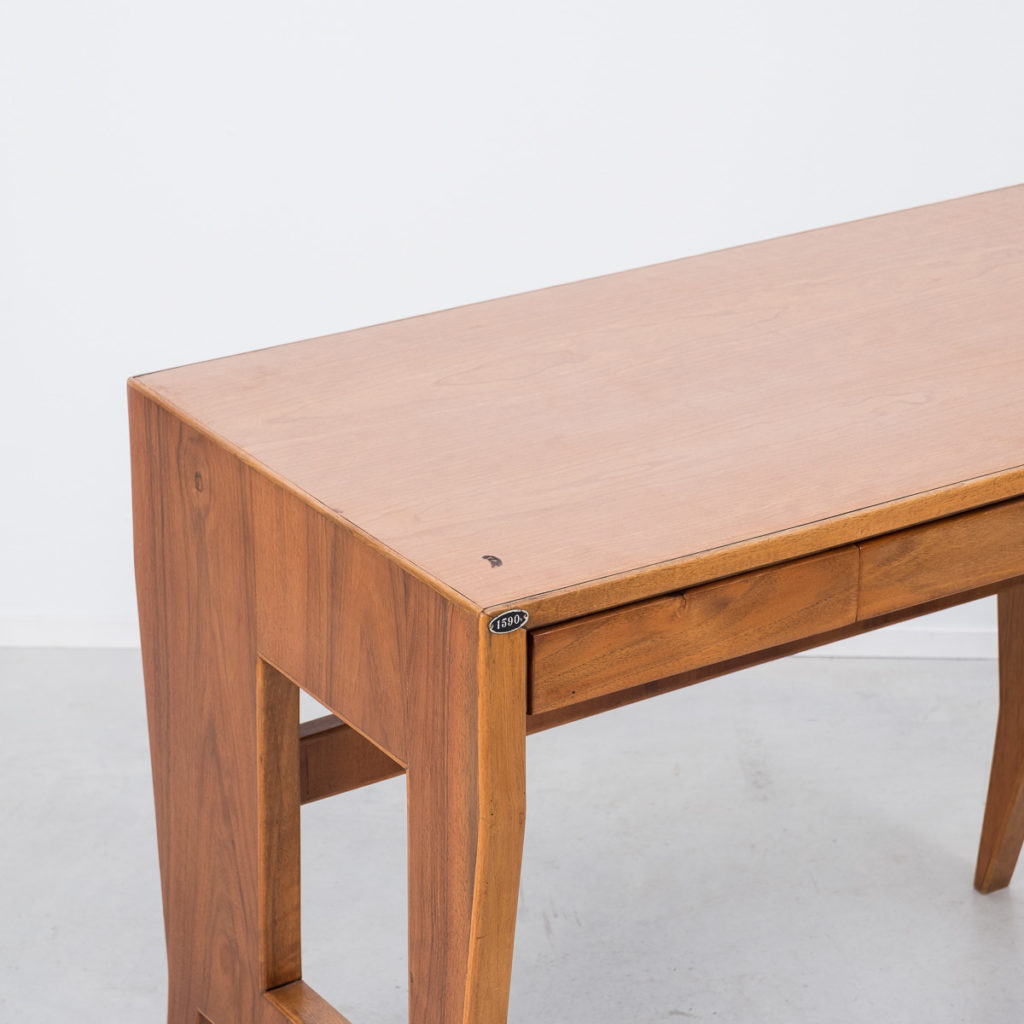 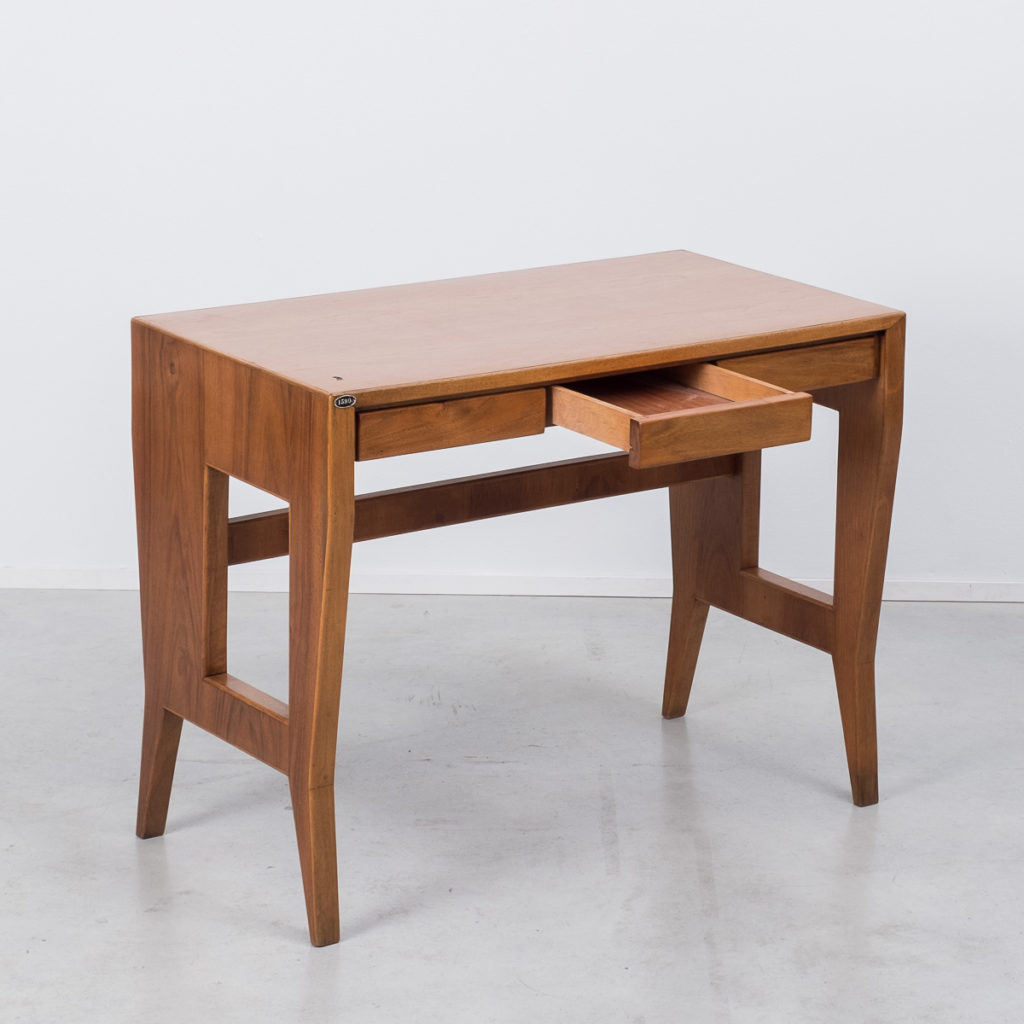 Gio Ponti (1881-1979) was an architect, designer artist and publisher, who started out in ceramics. The godfather of italian modernism, he founded Domus magazine in 1927 to fight battles “against the fake antique” and “the ugly modern”. In 1930 he began a fruitful collaboration with Fontana Arte making lighting and later with Cassina, creating the Leggera chair – so light it could be picked up with one finger. Here we see one of his original desks designed in 1955 for the University of Padua. Its form is very similar to the desk he designed for Banca Nazionale del Lavoro in Mantova. Unlike that version this one has three draws rather than two and features a hardier top. It is still adorned by an original metal number plaque and has other distinctive features such as the cut out side panels and angled legs. The table is in good vintage condition with one small blemish on the top. W92 D49 H70cm E065